The colored knobs on the caterpillar contain bad smelling liquid,  probably for defense.  (Journal of the Royal Microscopical Society 1884)

The only times I’ve seen Cecropias here have been when I’ve had a reared female and it called in males.  Either we don’t have many of them, or they don’t come to lights.  I’ve found a few cocoons, but they’ve always been either old and no longer occupied, or dead. 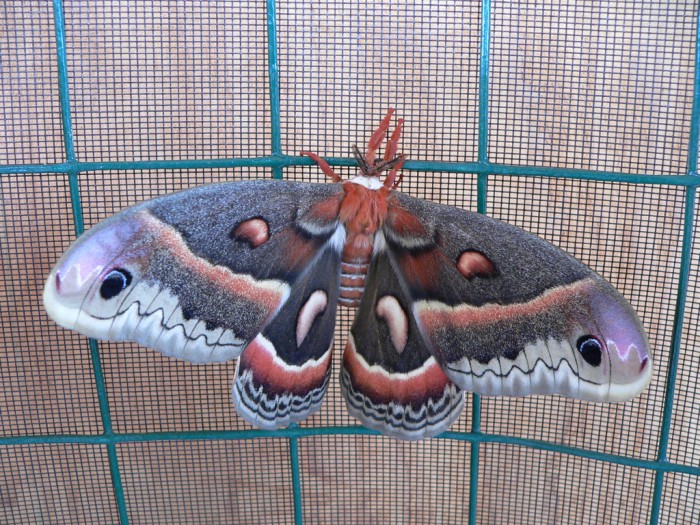 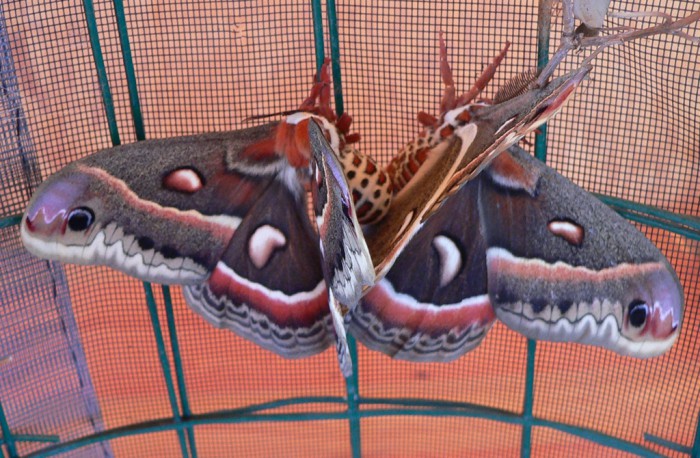 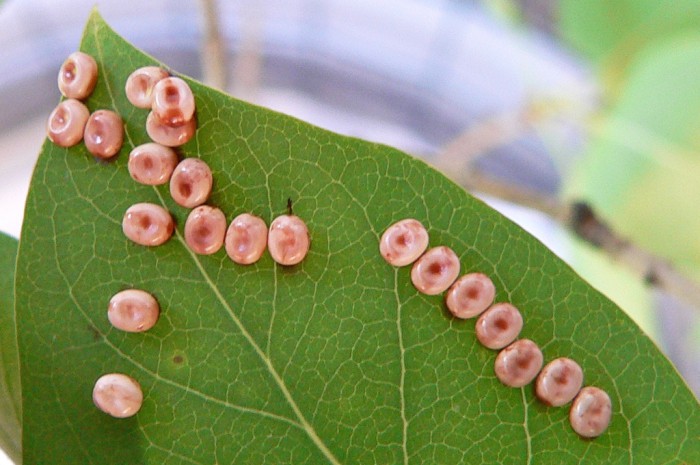 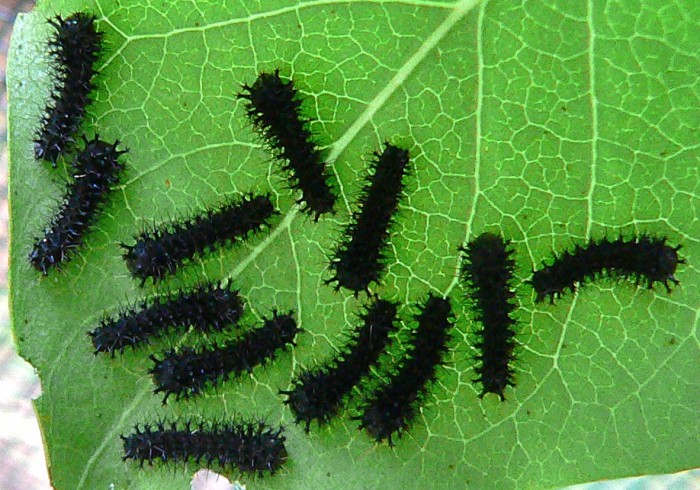 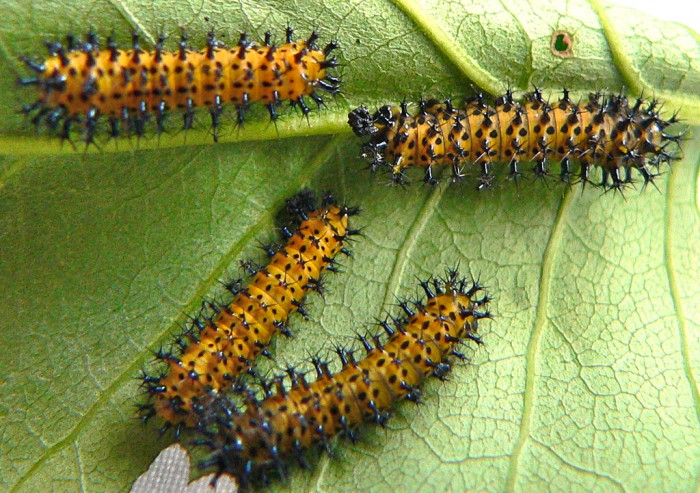 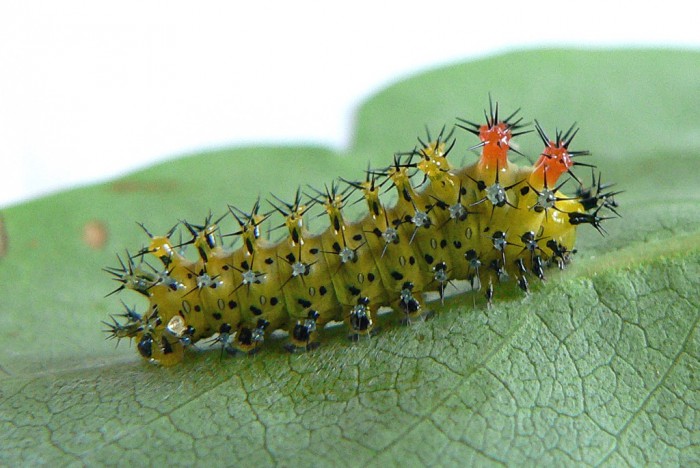 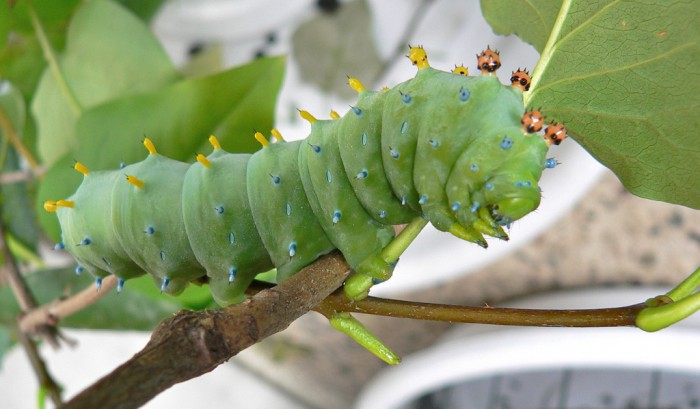 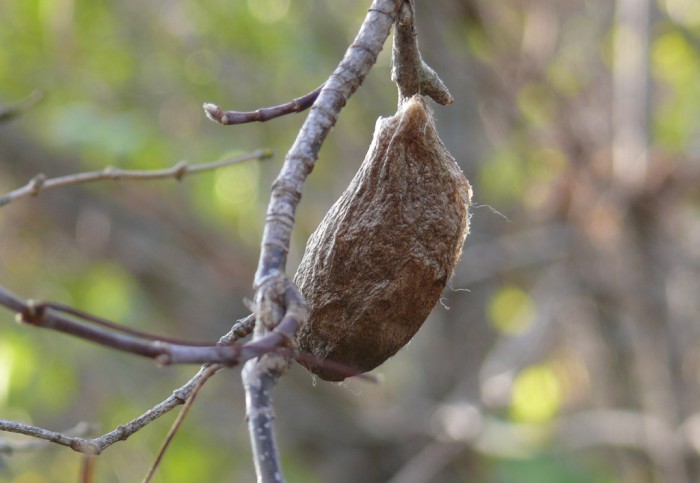 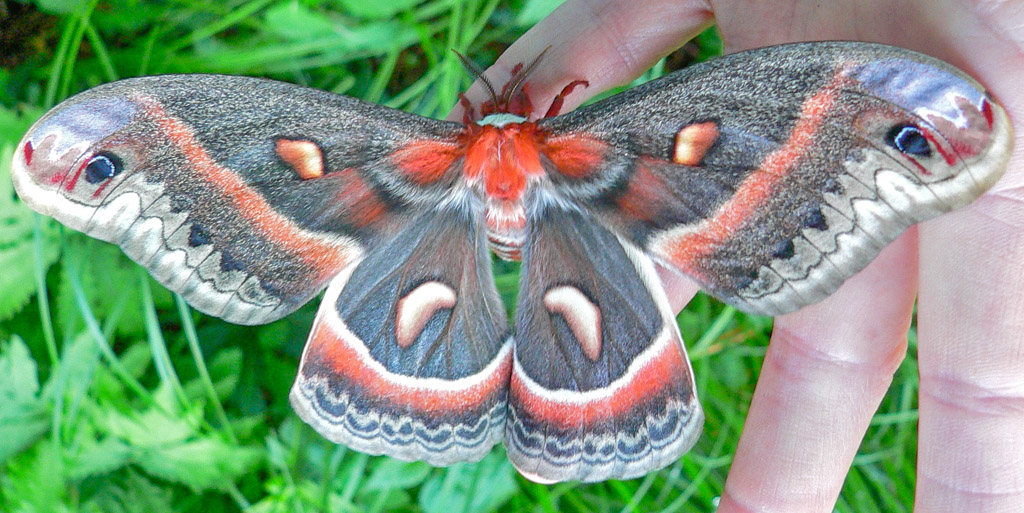 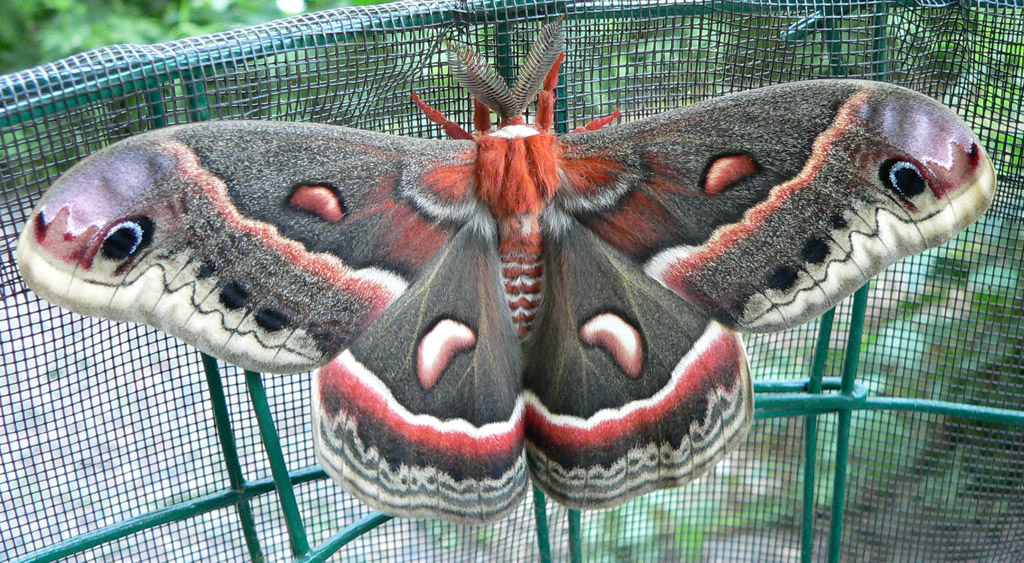