Several of these tiny moths had hatched in a container of Wood Betony seeds that I had collected behind the house. 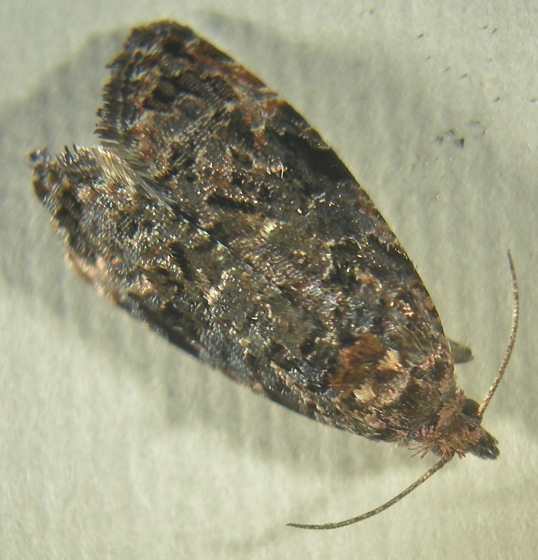 There was one larva, which I think is the larva of this moth, but I’m not absolutely sure since I didn’t watch to see what it turned into. It does look like the larvae that MJ saw when she reared this moth, although hers were reddish instead of green. 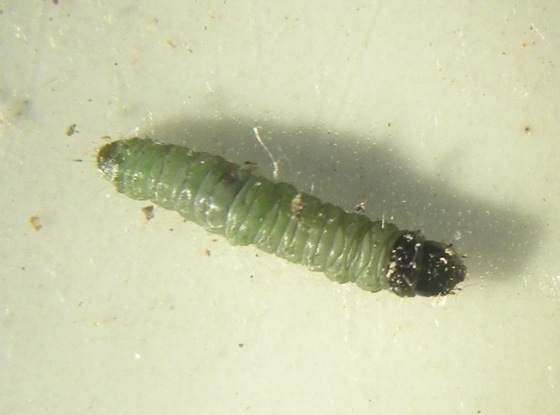 I also see adults at my lights. 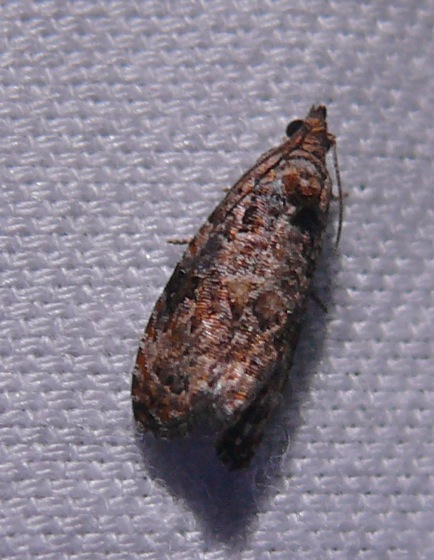 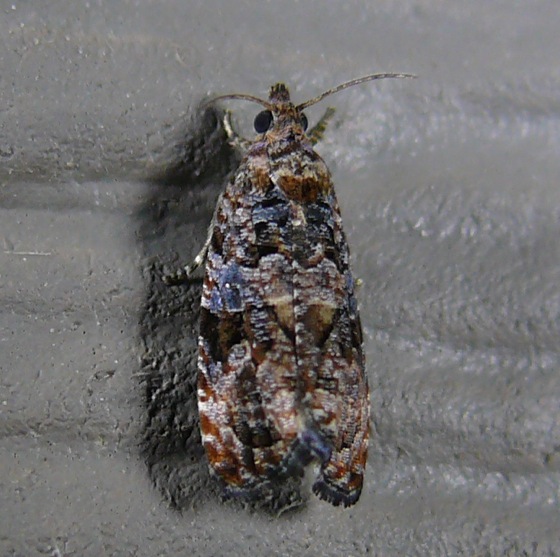