These are large moths that fly during the day and at dusk. People often mistake them for hummingbirds until they stop moving.  And they sometimes come to my lights at night. 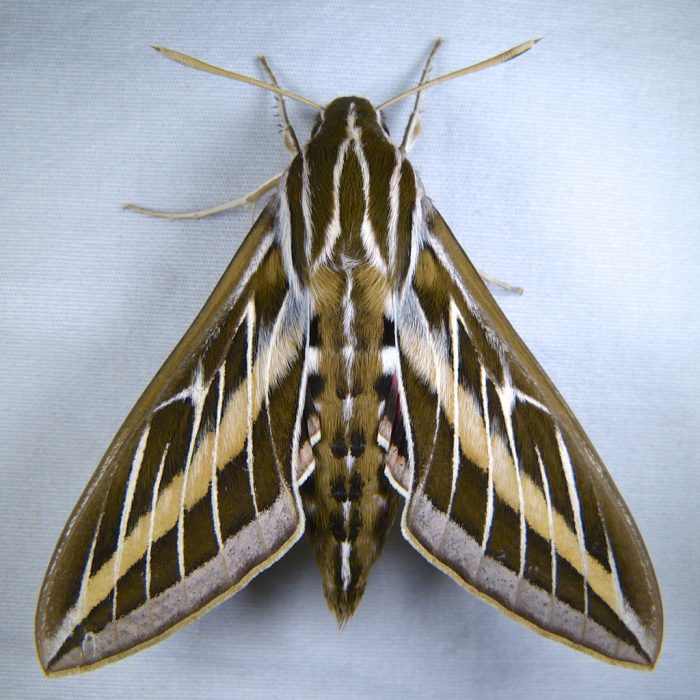 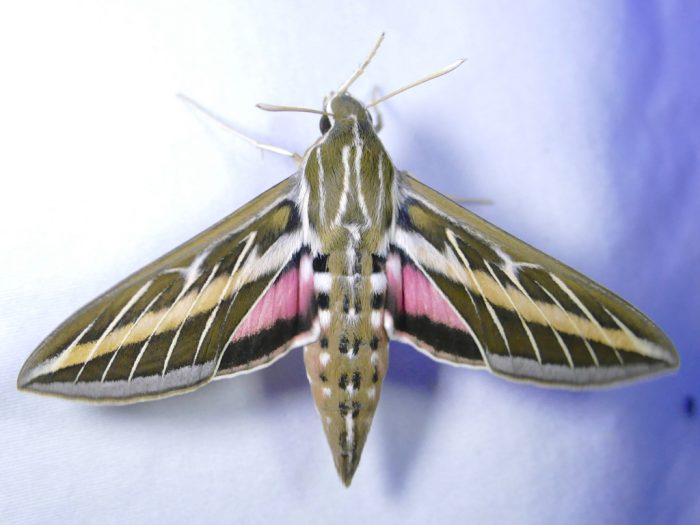 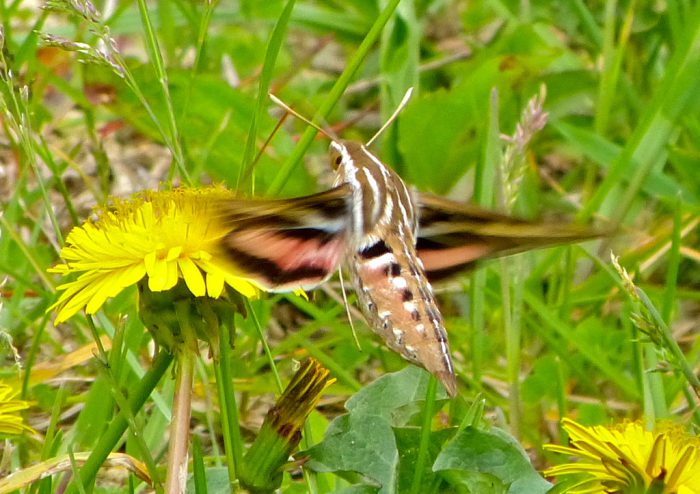 The caterpillars can vary in color.

This is one I found in Pierce County, WI, eating Wild Four O’Clock (Mirabilis nyctaginea). 7/9/2007 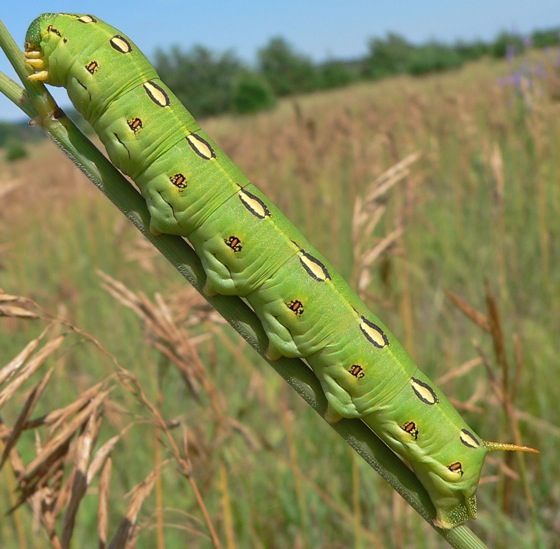 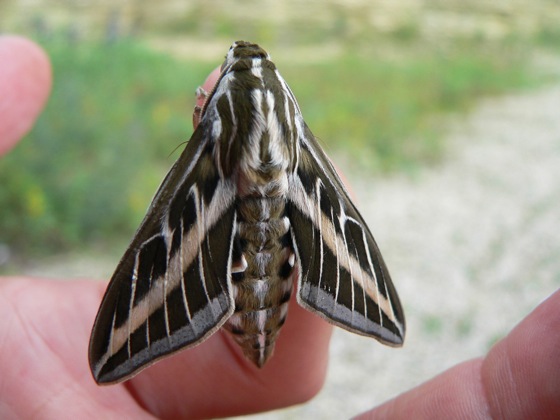 More at my lights 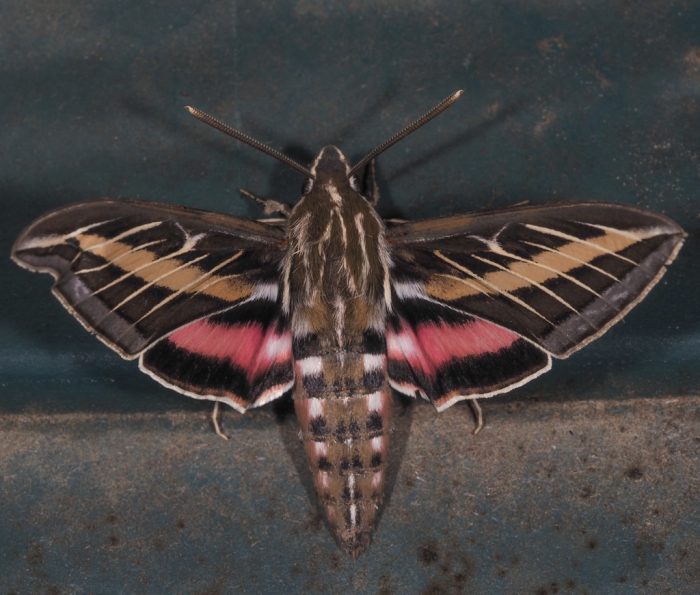