Prometheas spend the winter as cocoons, dangling from a branch of either their food tree, or a nearby tree or shrub. 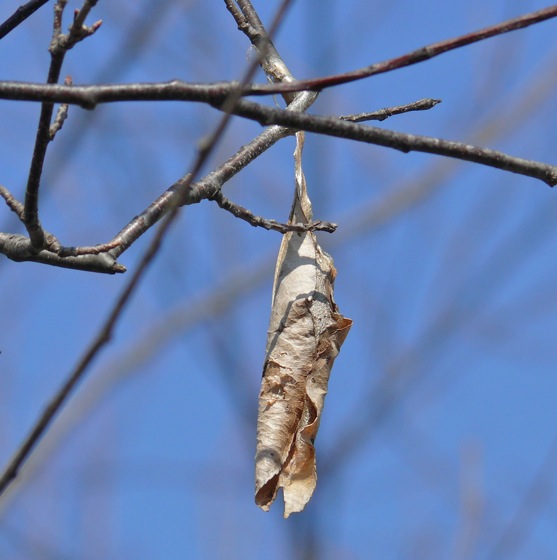 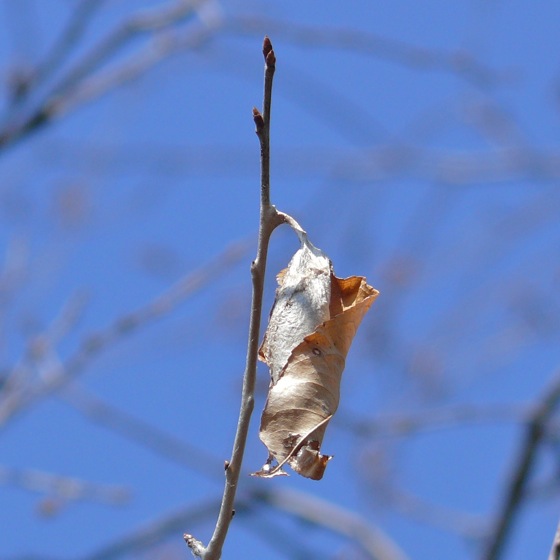 I brought these back and put them in a cage, to join some other cocoons I had gotten from a friend (collected in Eau Claire County – about 30 miles from here.) 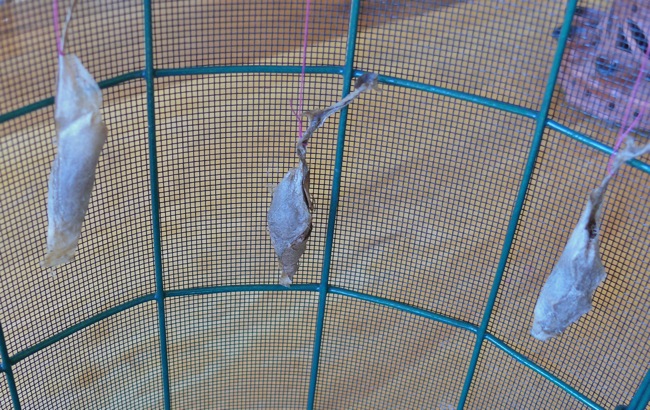 The cocoons started hatching in late May.

Males and females have different coloring and patterns on their wings. 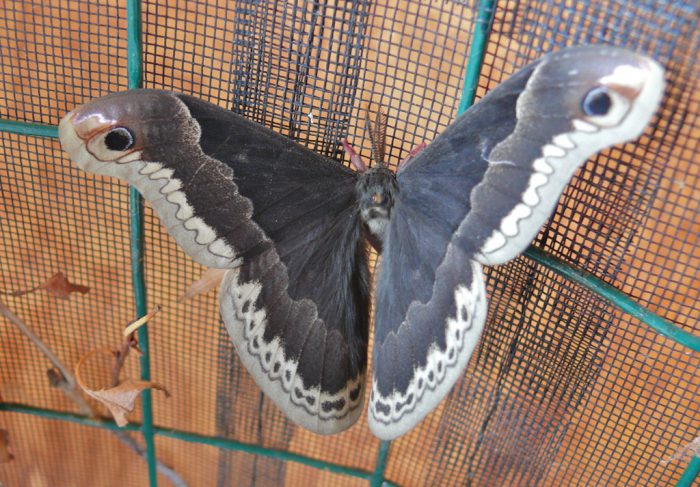 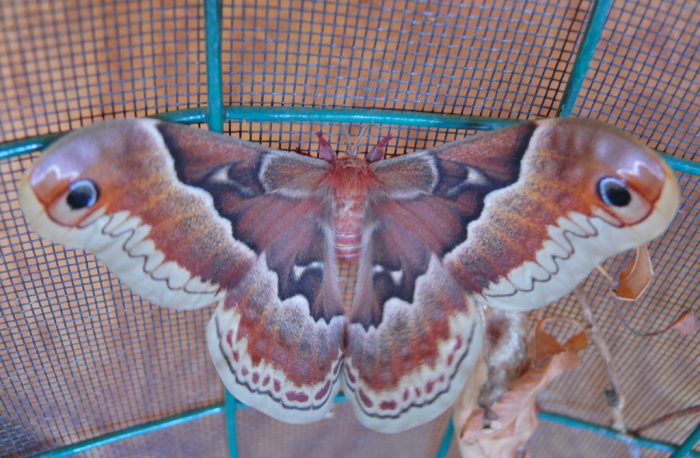 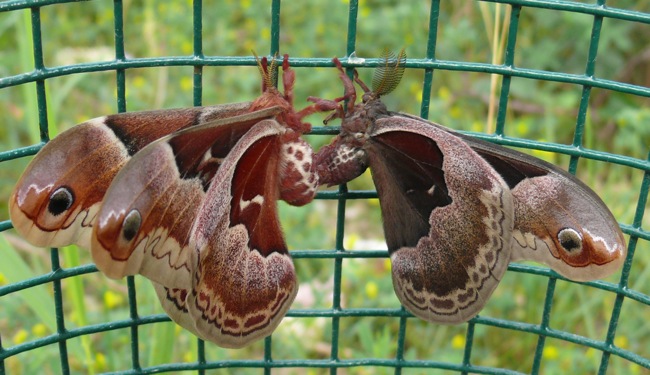 This is a video of the mating “dance” they do.  The males fly in, sometimes more than one, and flutter around the female for a while, flapping their wings and flying up and down, in and out.  Finally one comes in closer and begins to mate, and the unsuccessful males fly away. 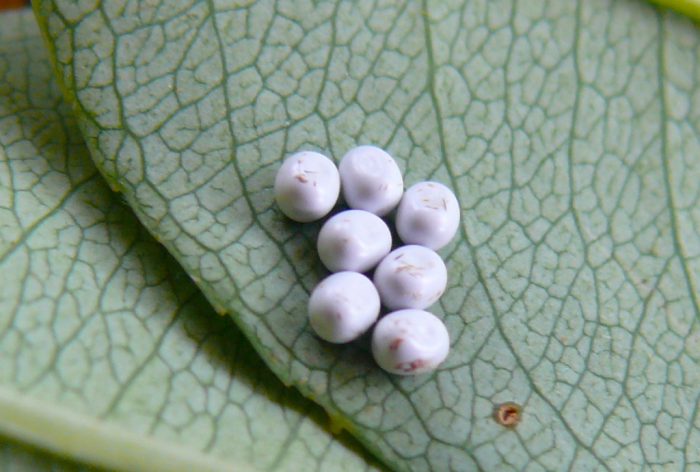 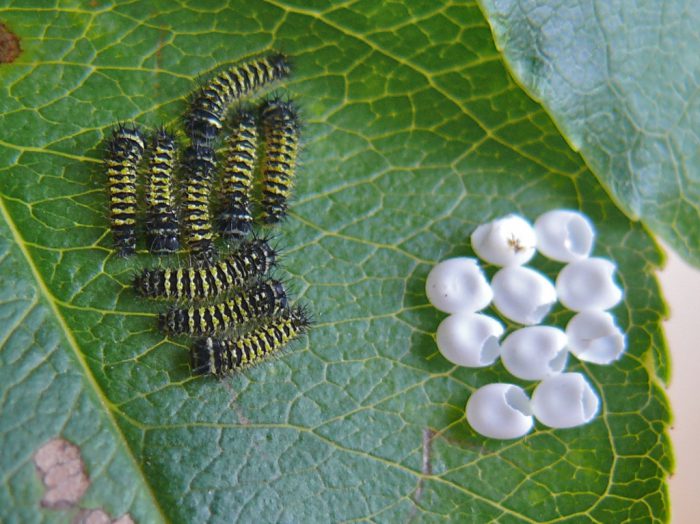 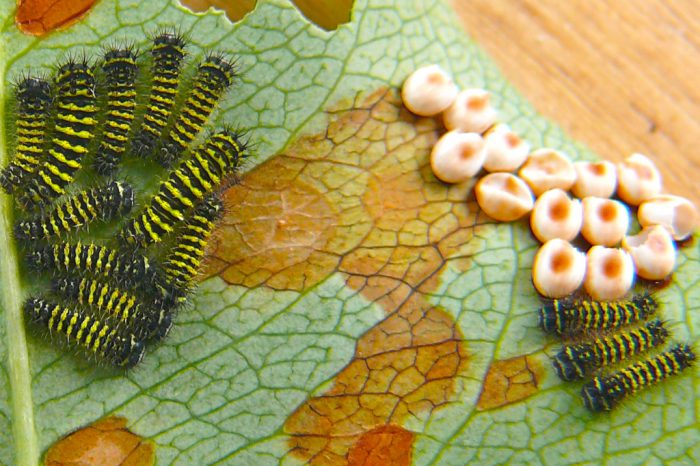 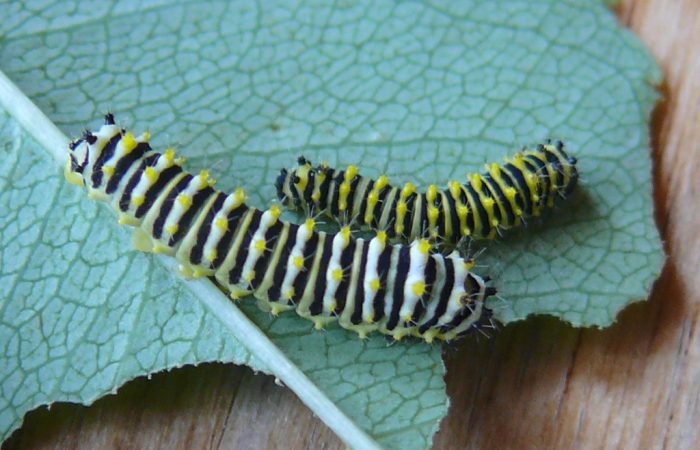 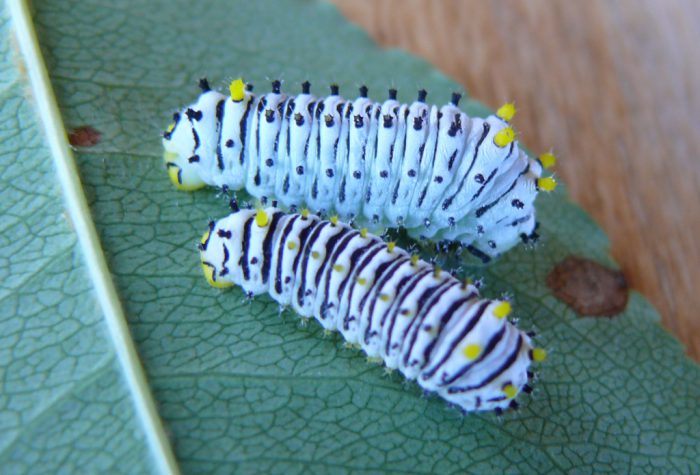 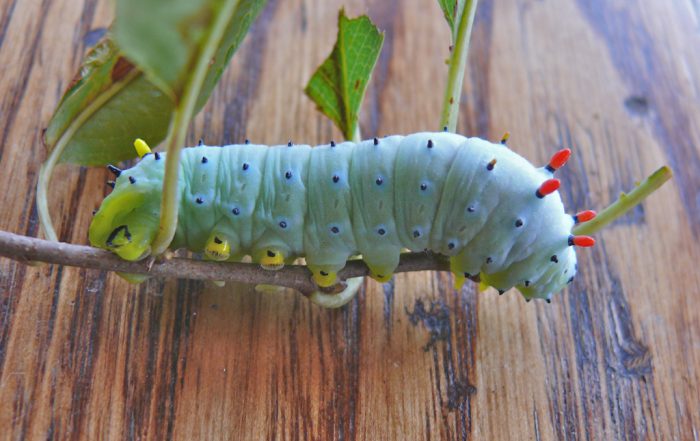 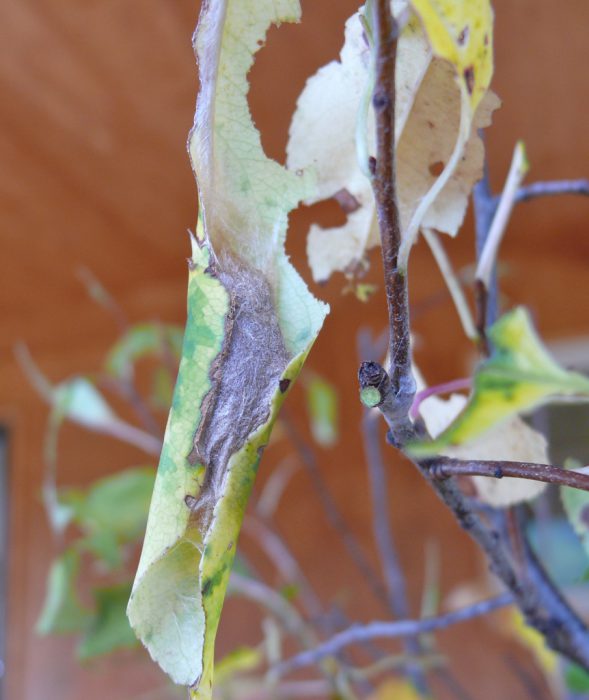 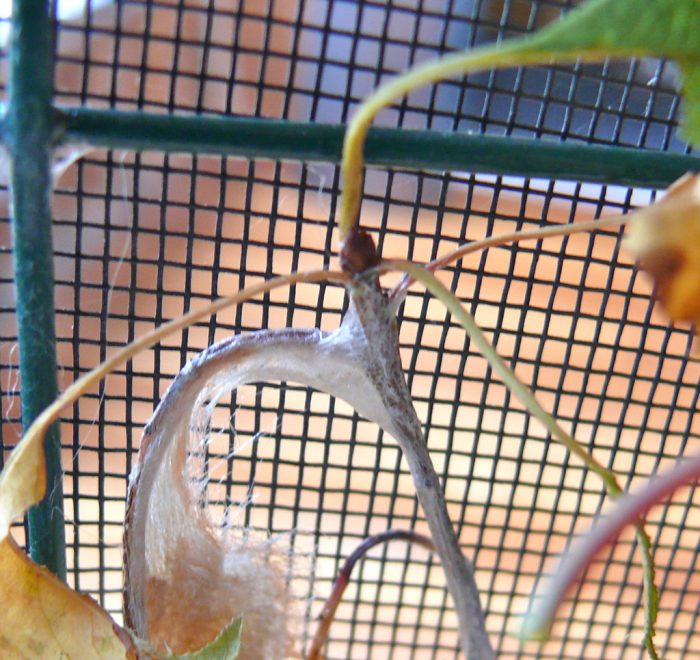 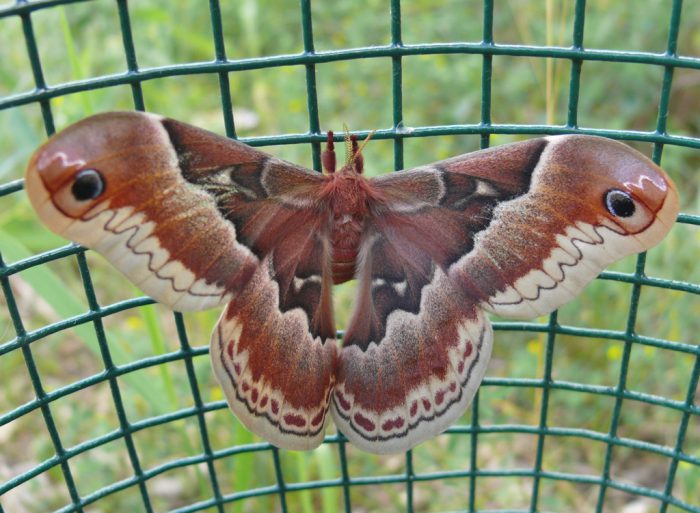 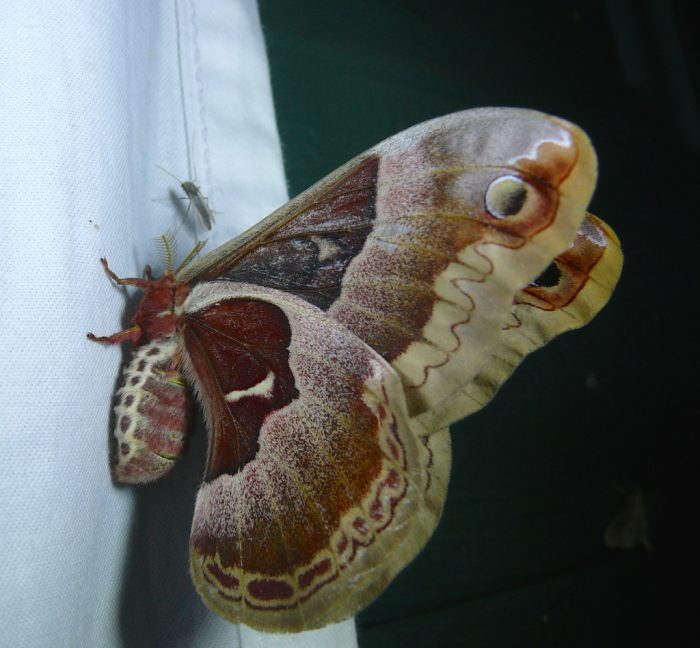 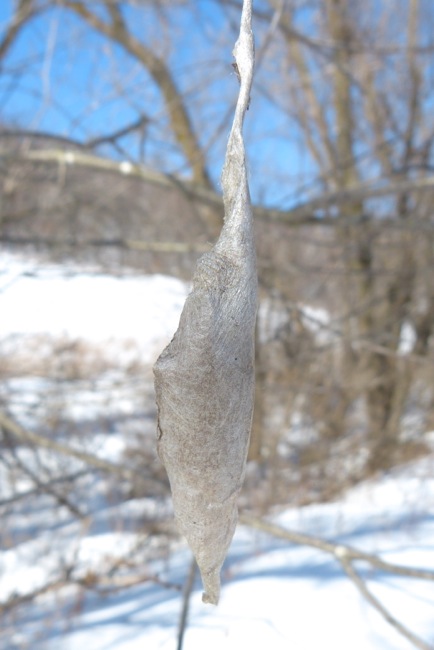 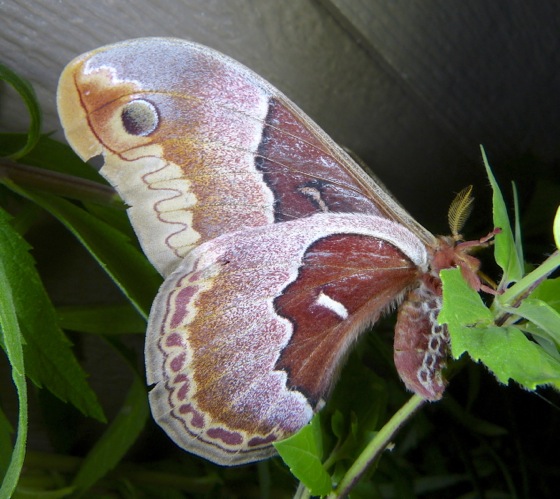 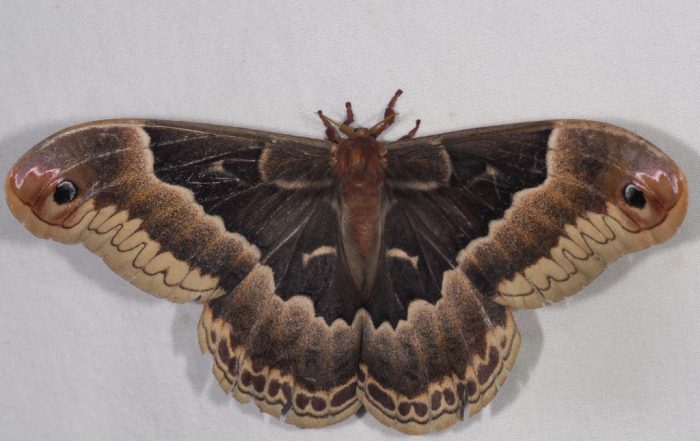