This species is a serious pest of corn in North America.  It was accidentally introduced from Europe in broom corn from Italy and Hungary in the early 1900s, and first noticed near Boston in 1917.  (Bugguide)

Very common at my lights – which makes sense since there are many corn fields up and down our valley.  Males are darker; females lighter. 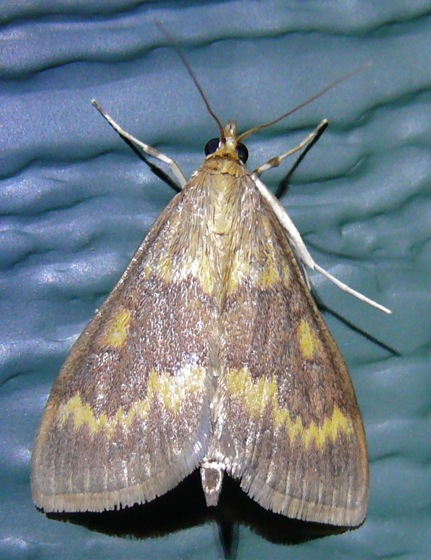 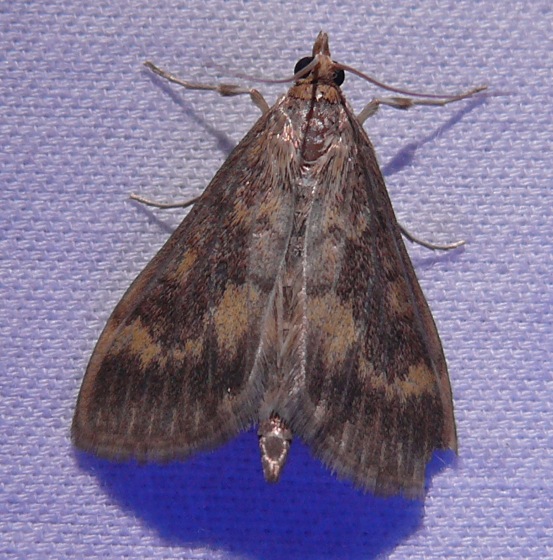 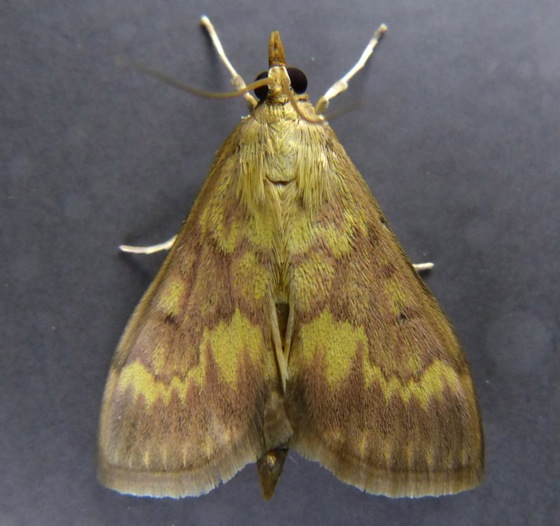