Small day flying moths.  They are very common here on sunny days in the spring.  I usually see them fluttering around damp spots on the driveway.  They blend into the gravel so well that I’m always startled to see how many fly up as I walk along.  This was one of the first creatures I found when we came to look at the farm – before we bought it.  It was a sunny, warm day in March, and there were a hundred or so of these moths on the muddy farm road that ran though Center Valley. 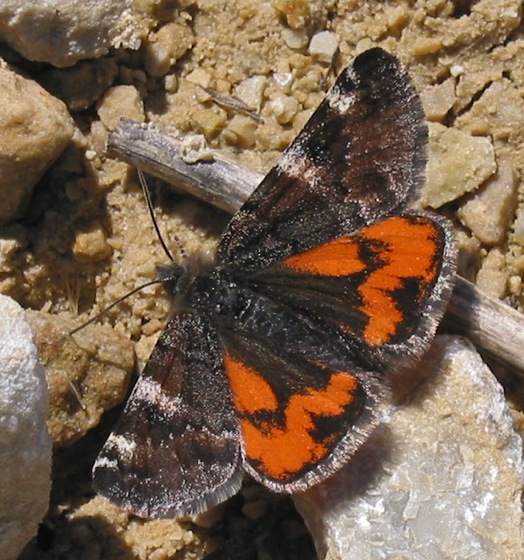 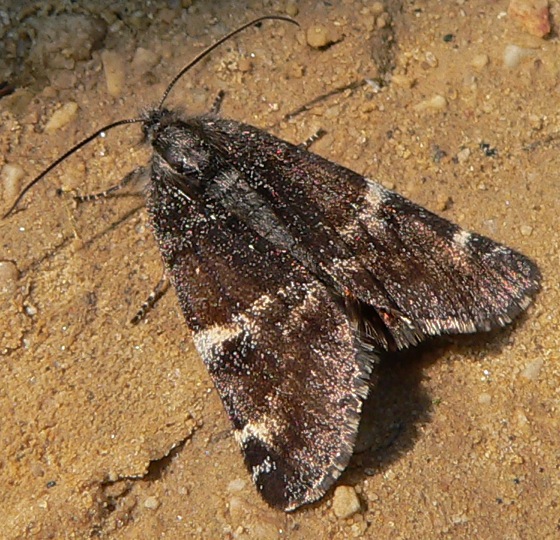 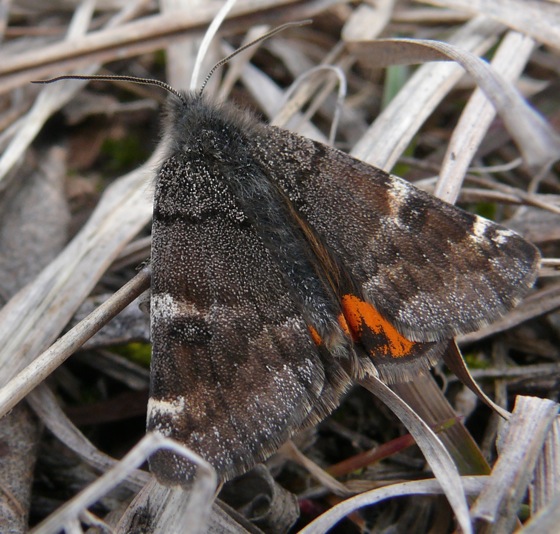 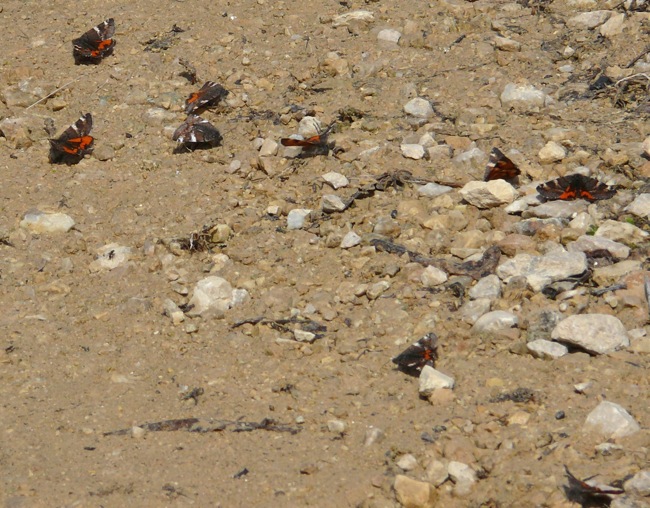 This is the only time I’ve gotten a photo of the undersides of the wings – they’re much more orange than the tops – April 2008. 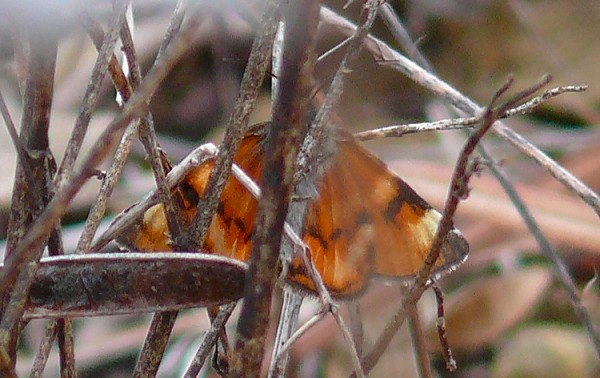 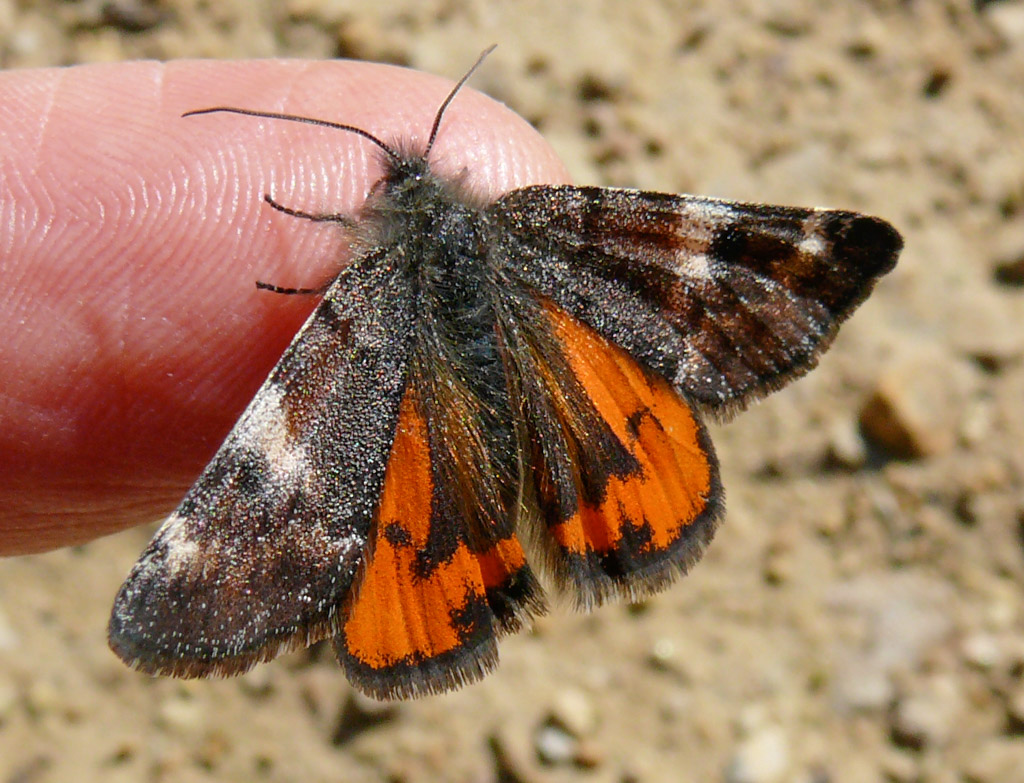 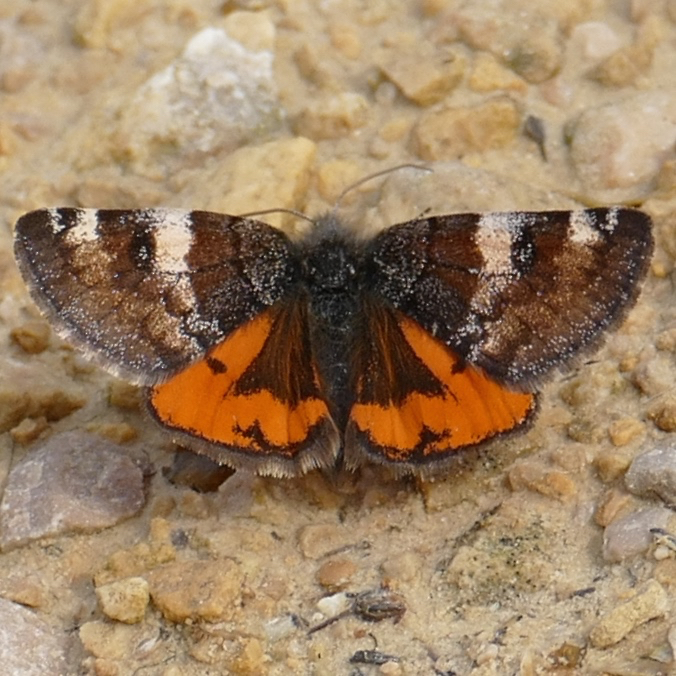 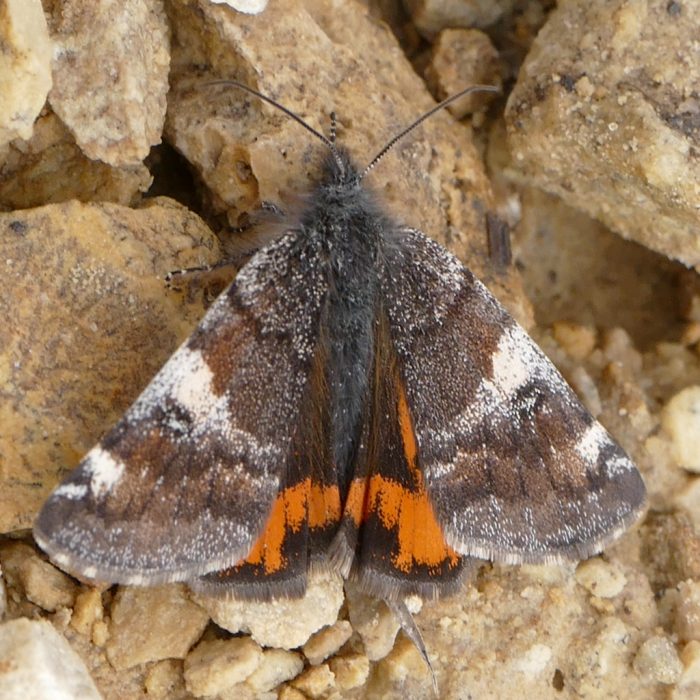