These are most familiar as Woolly Bear Caterpillars – the orange and black caterpillars that crawl on the ground in the fall and spring. 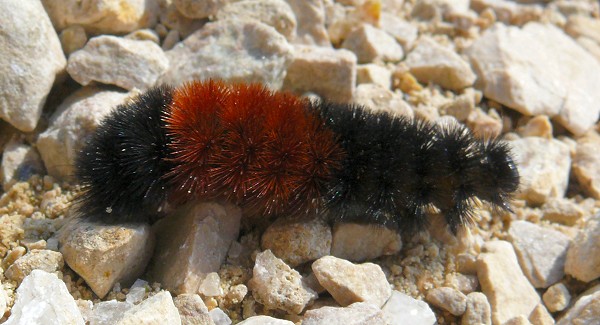 The caterpillars are amazingly resistant to the cold.  This is one I found on the driveway on 3/21/2010

I brought it home, put it on the porch in the sun, and watched to see what would happen.  First the ice crystals melted. 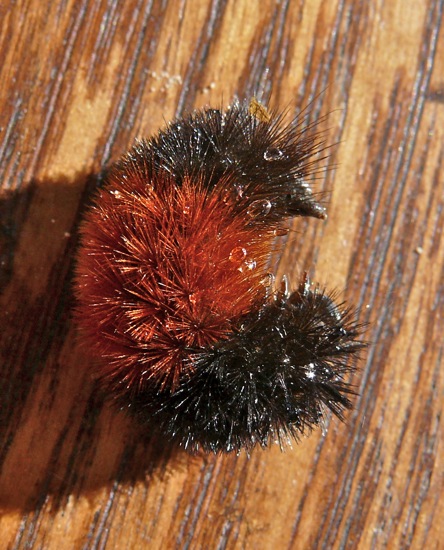 Then the caterpillar uncurled itself and started crawling away. 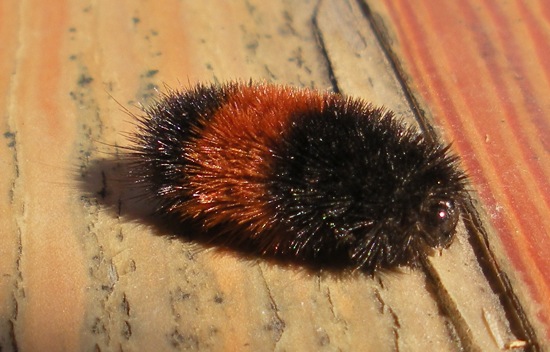 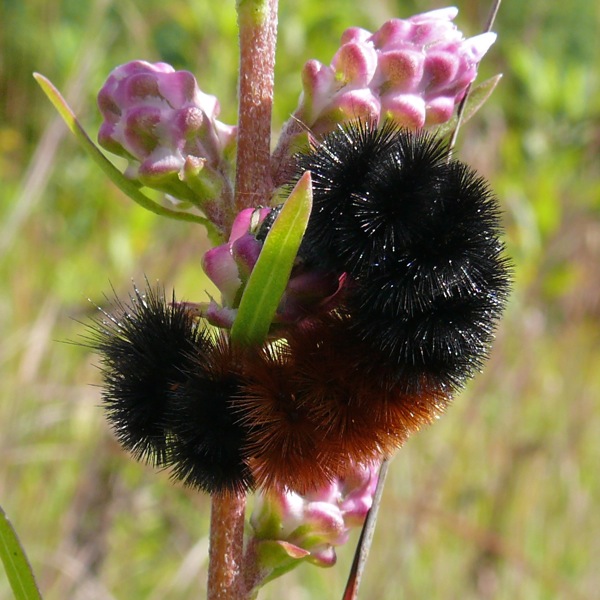 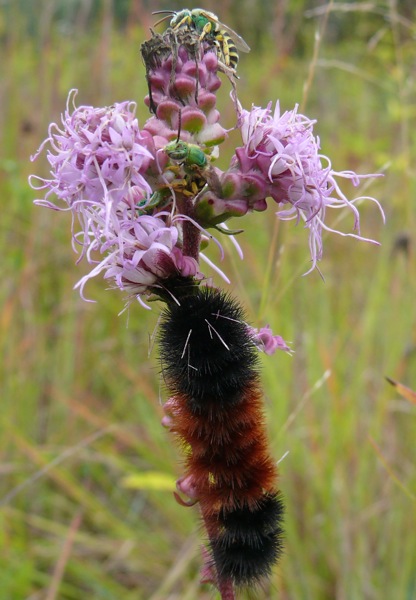 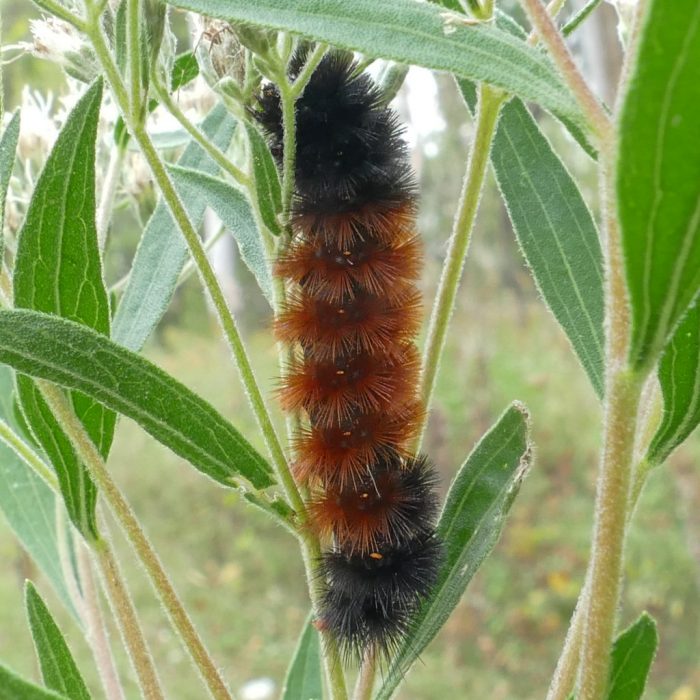 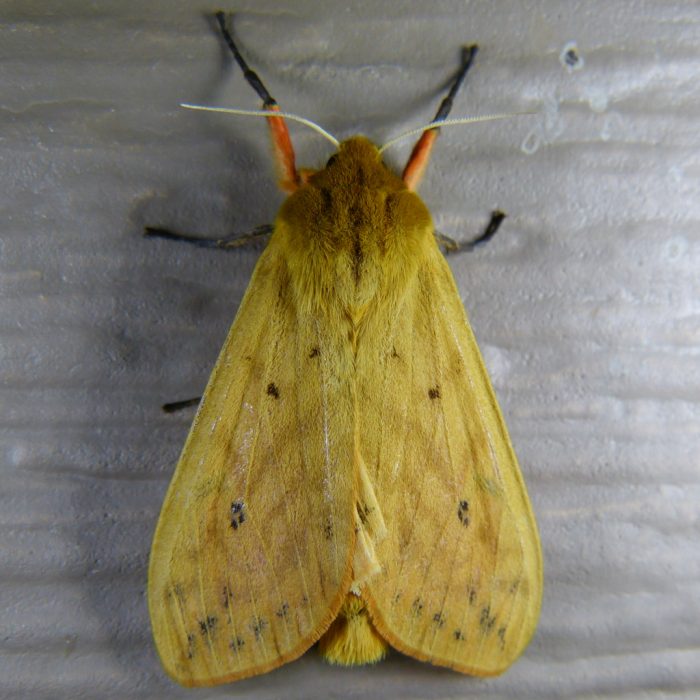 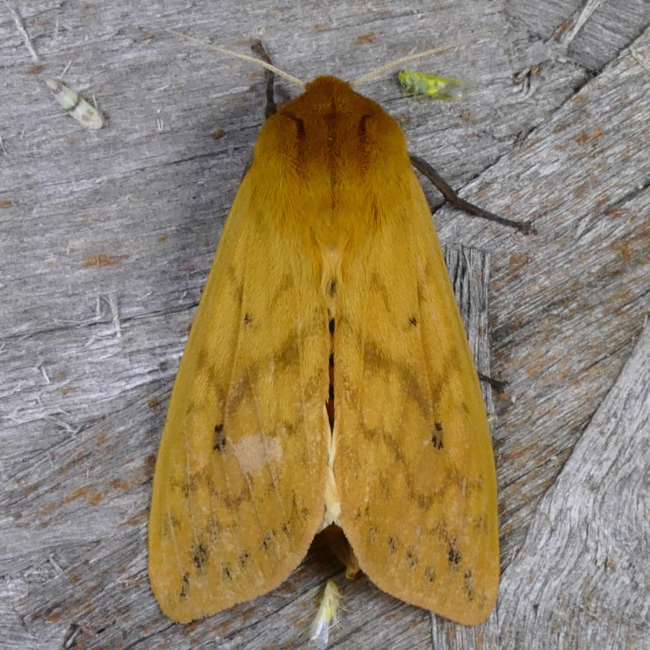 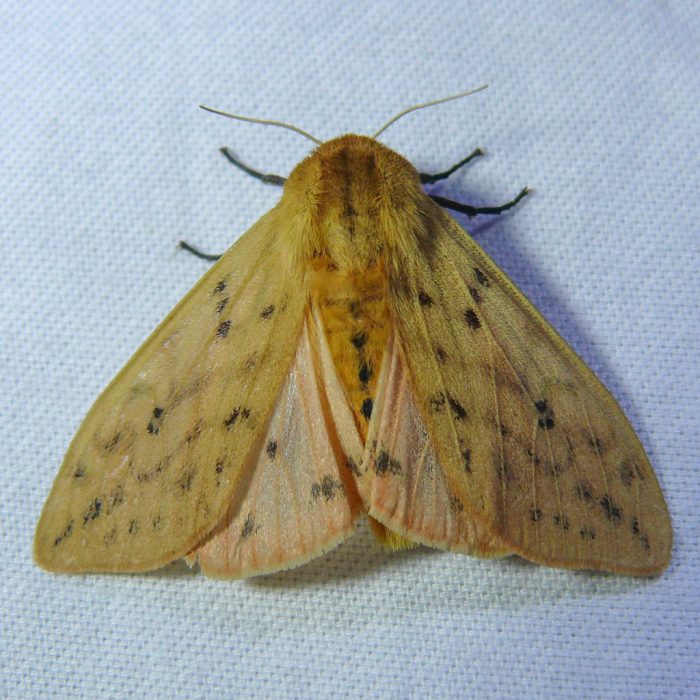