1/8/2009  I’ve been trying to see if we can see the cleared areas from a distance.    This view is from the Frog Pond.  The area I’ve been clearing, on the southwest slope, is looking a little more open. 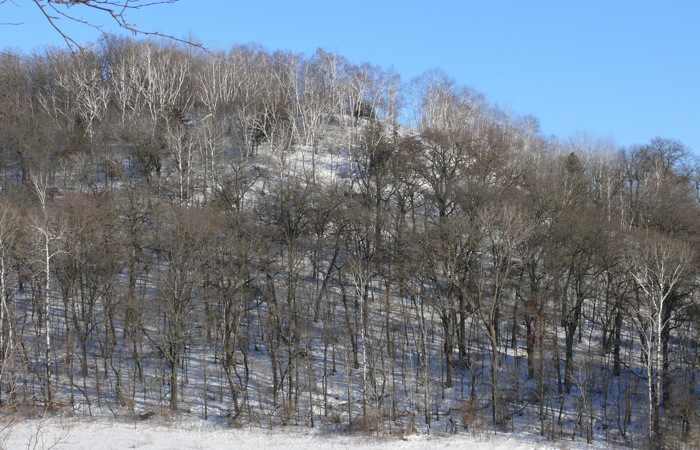 1/8/2009   This is the point seen from Pat’s Prairie – looking north at the prairie point.  The whole hillside should be savanna with prairie at the top – I’ve got a long way to go before it will look like that! 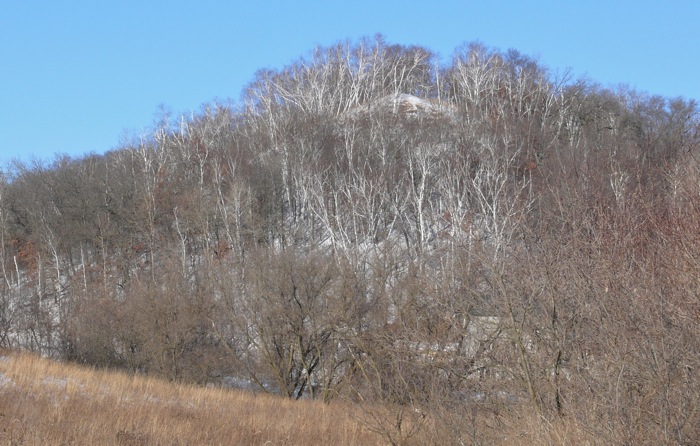 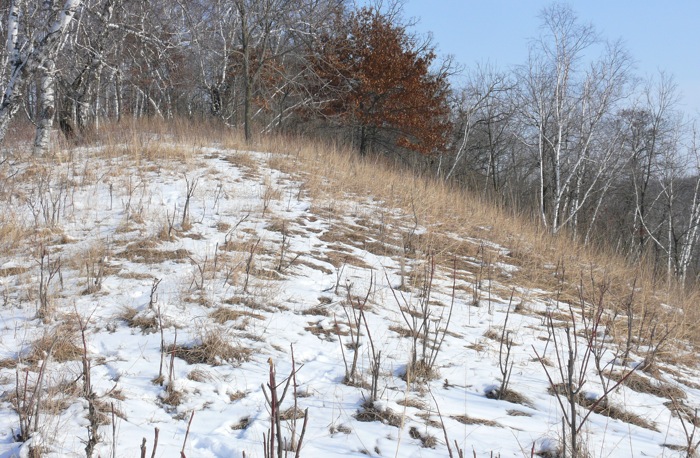 2/15/2009   The southwest slope – pretty open in the middle, but there’s still a thicket of prickly ash on the right, and prickly ash and dogwood on the left. 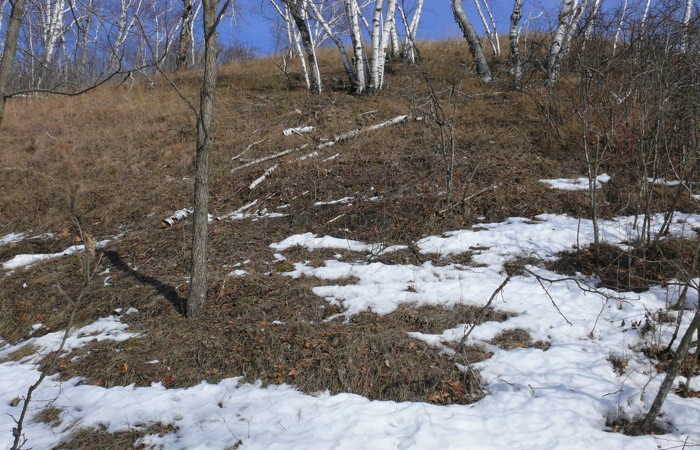 2/16/2009   This is what the thickets look like before they’re cleared – with prairie plants growing under the brush. 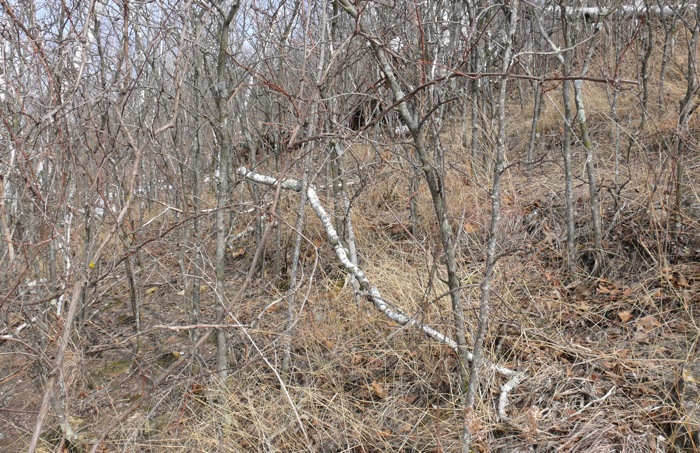 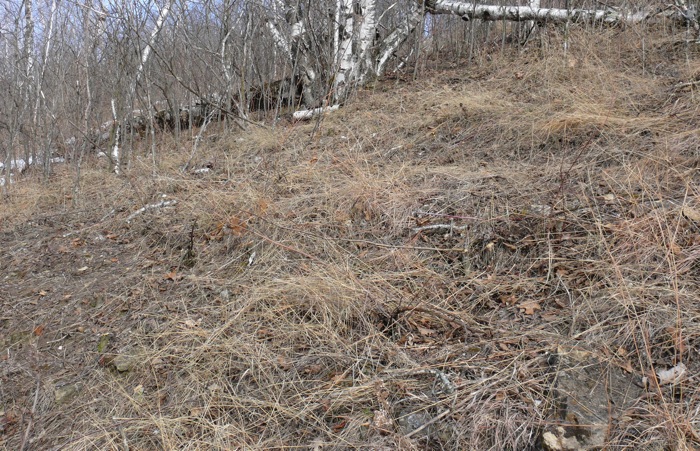 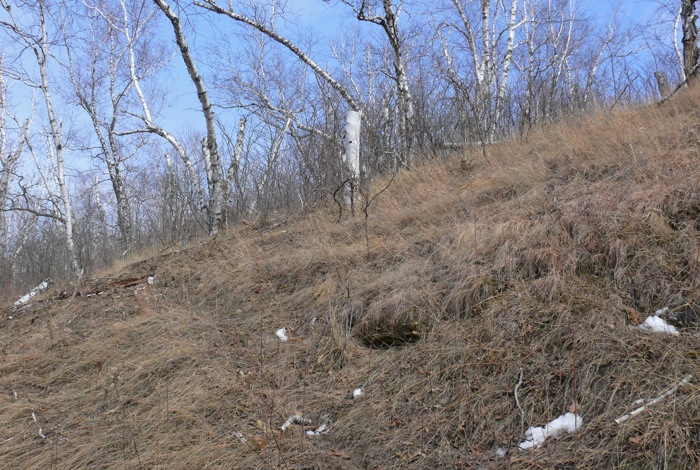 4/7/2009   I’ve also started working on the eastern slope.  It’s very brushy, with prickly ash, raspberries, and small birches.  But there are a few big old oaks, and lots of prairie species growing under the brush.  This photo shows a little of the cleared area, looking back to an old oak in the midst of a thicket of brush that needs to be cleared. 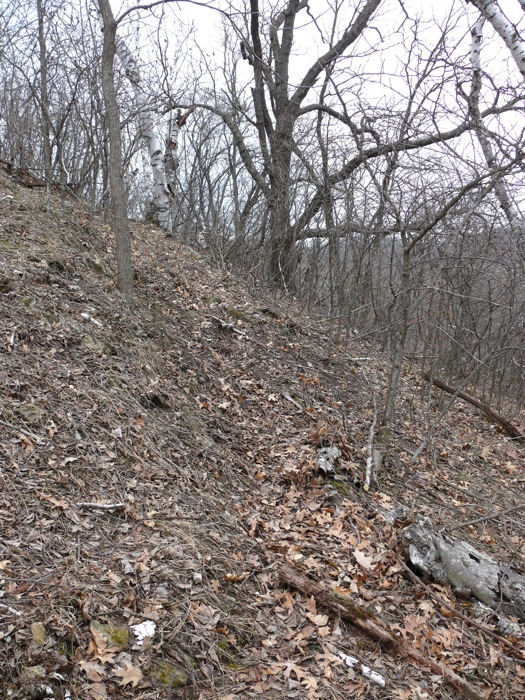 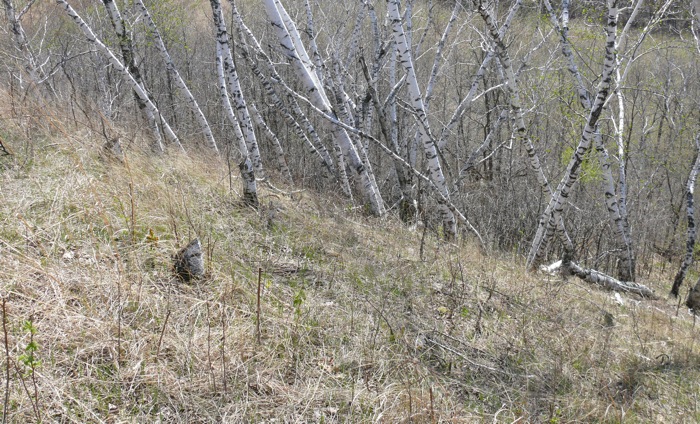 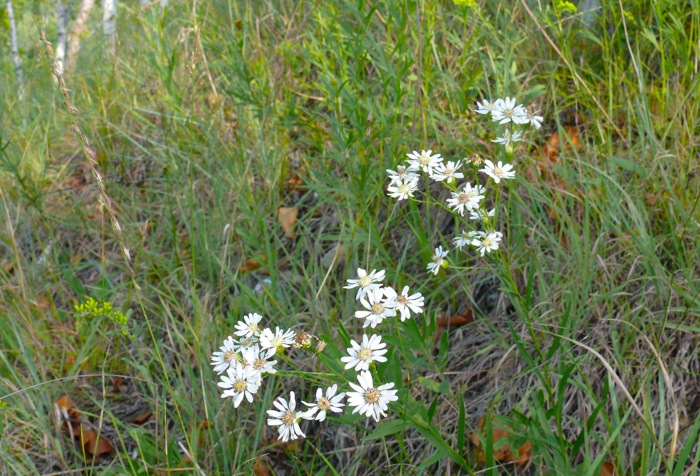 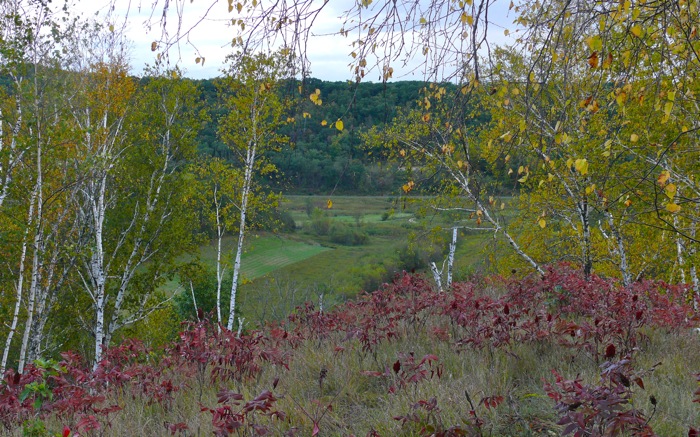 10/25/2009   The east facing slope – still lots of prickly ash, but I’ve girdled some of the birches, and prairie plants are showing up under the brush. 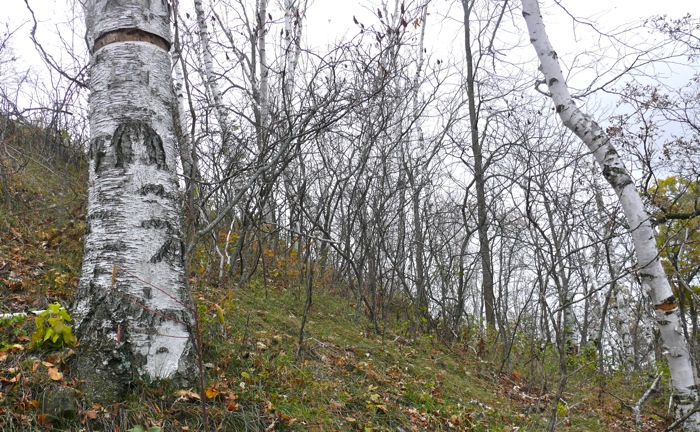 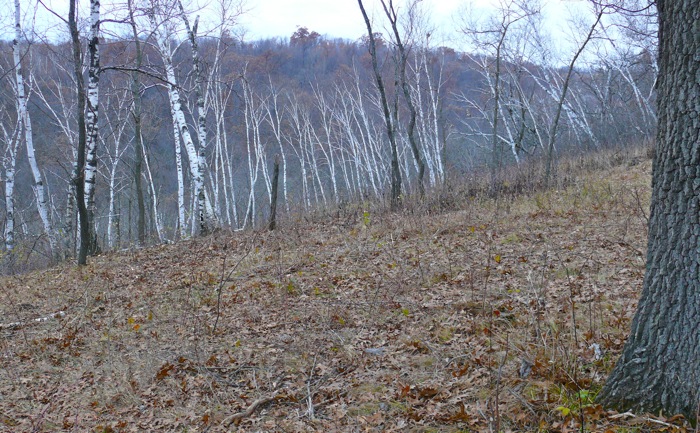 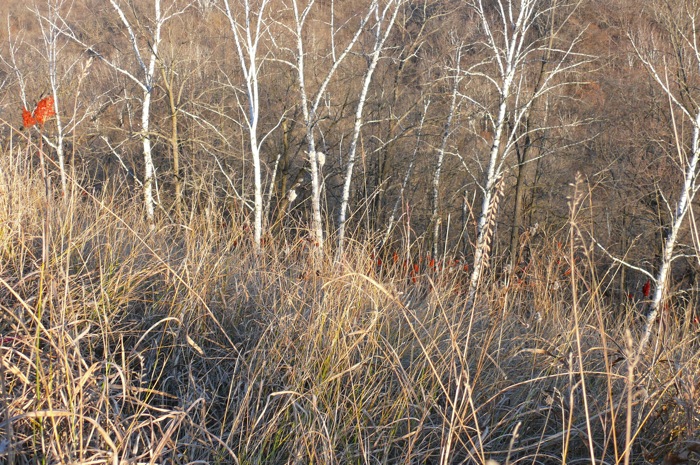 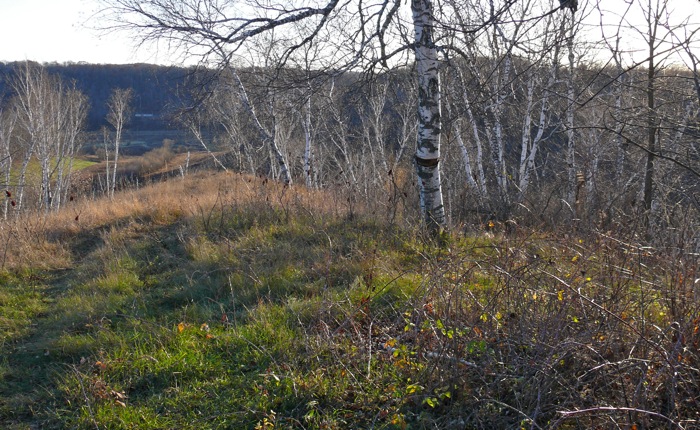 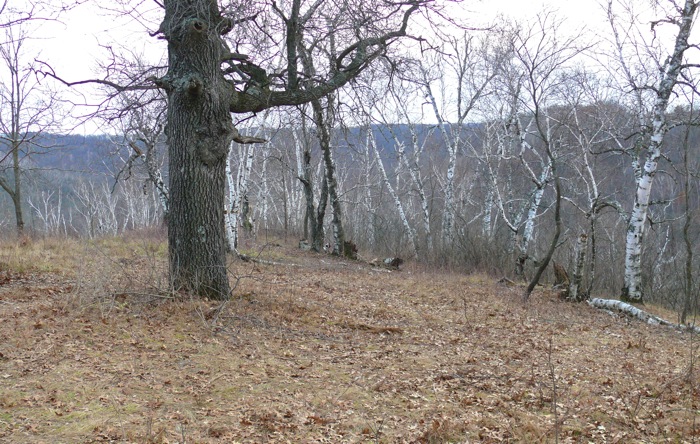 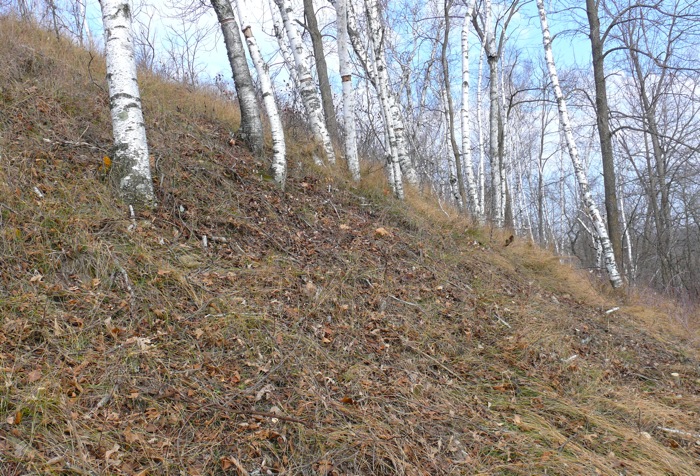 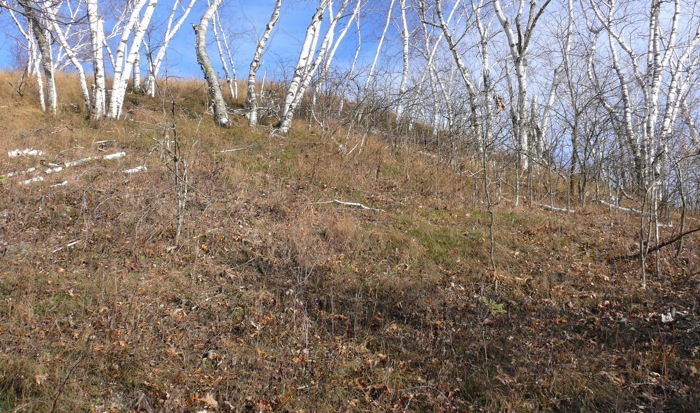