I did a lot of work this year on the east and west facing slopes of the point.  It was all hand work – cutting brush and treating the stumps with roundup. 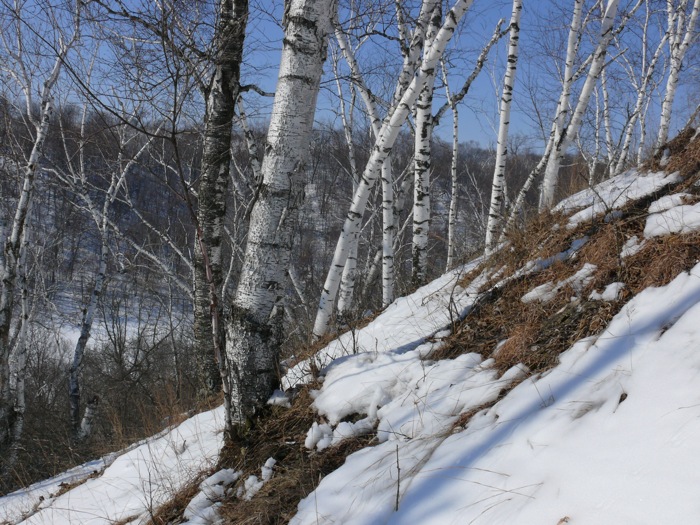 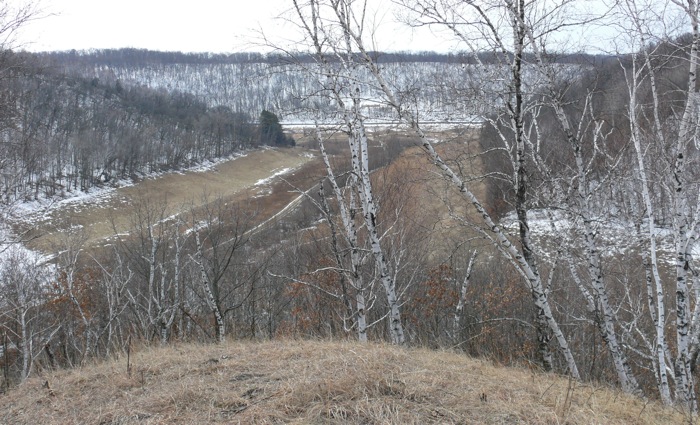 4/13/2008   The west opening – an overgrown remnant that connects with the savanna area on the top of the point that we’ve been mowing and hand clearing.  This top area is pretty clear of brush now, and I’ve started girdling the birches. 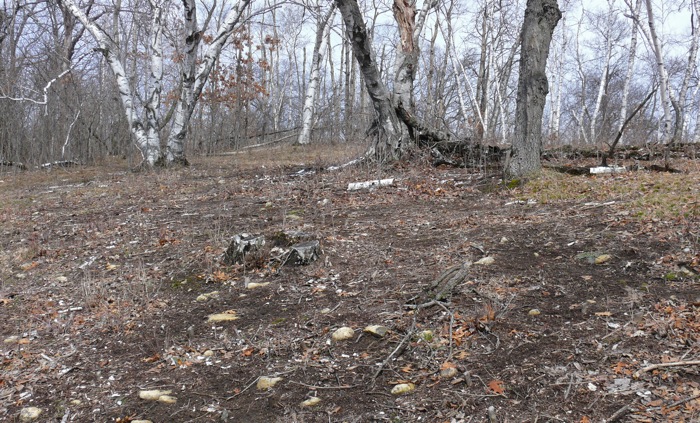 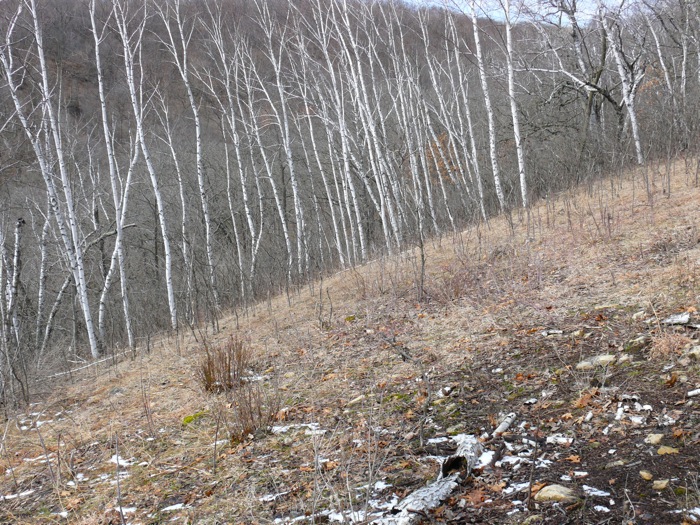 4/13/2008   This is the aspen woods on top of the point, along the east side of the path.    I girdled the aspens several years ago, and they’re all dying and falling down now. 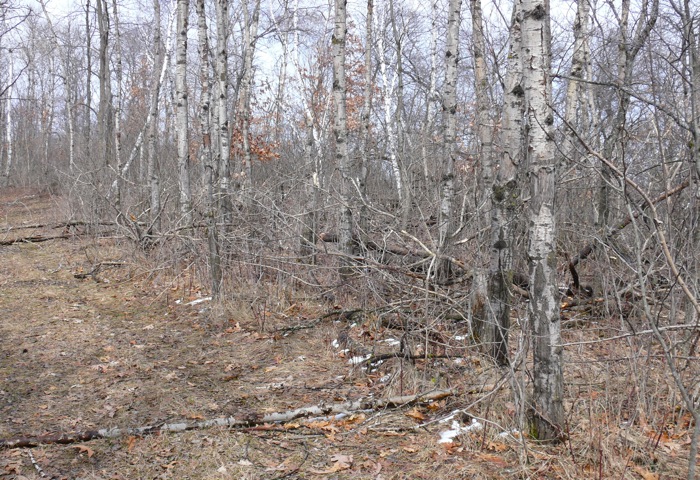 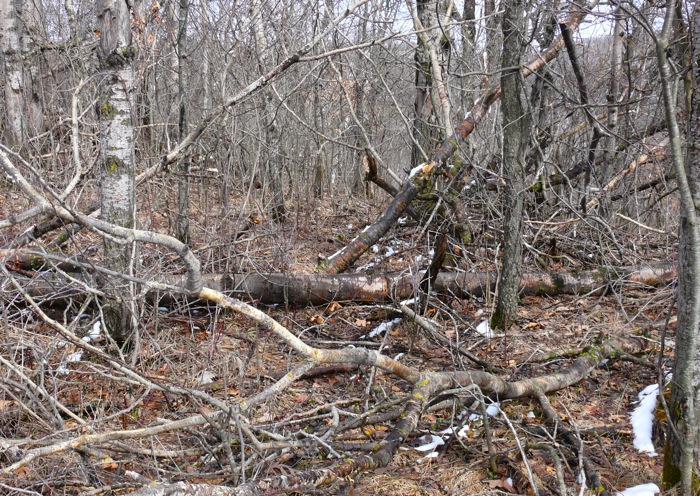 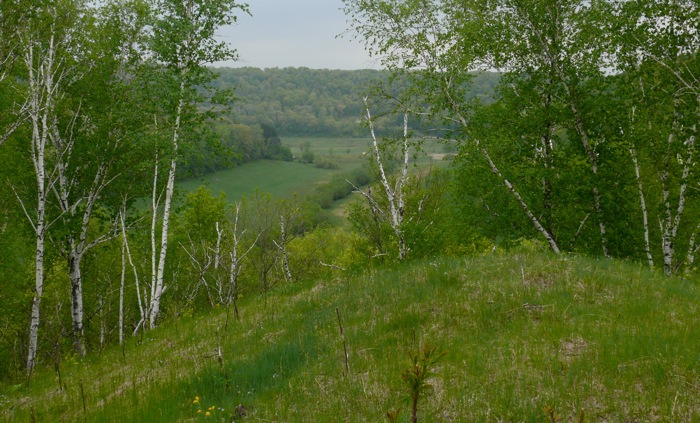 6/6/2008  The nicest surprise in the mowed savanna this year was Balsam Ragwort. 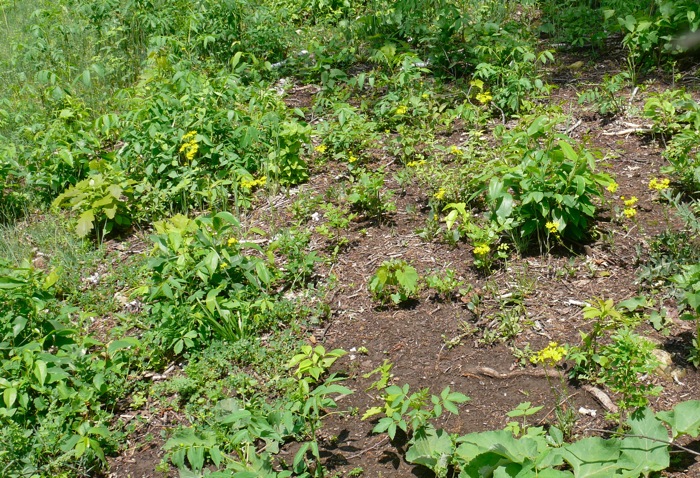 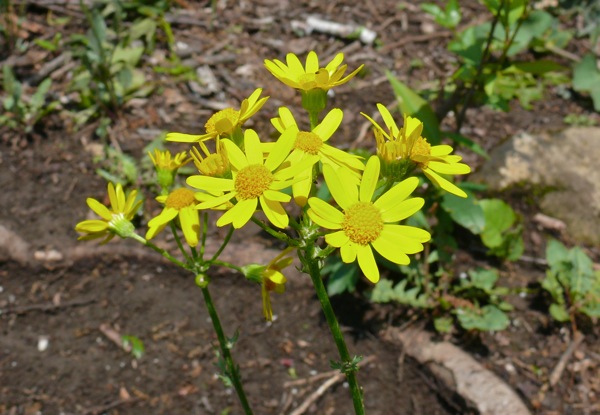 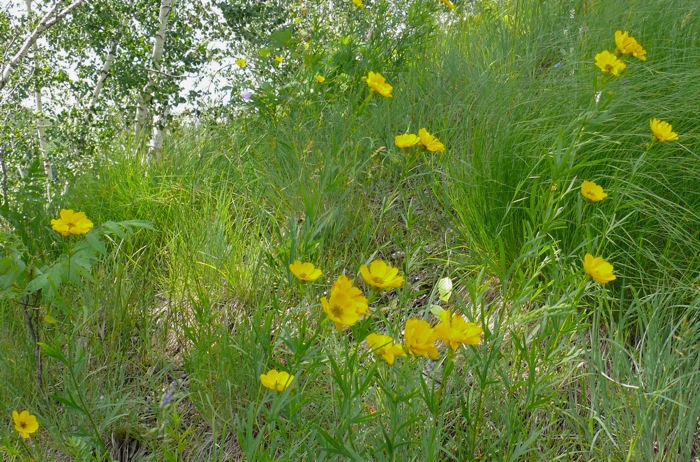 8/16/2008  We didn’t mow the savanna area this year.  It’s still pretty weedy – lots of Queen Anne’s Lace, and the bushes (honeysuckle and prickly ash) that we cut but didn’t treat are coming back.  I pulled most of the Queen Anne’s Lace and recut and treated some of the bushes. 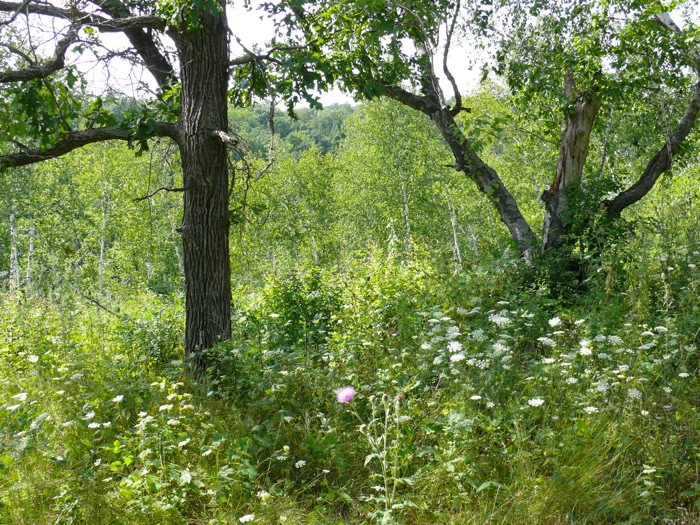 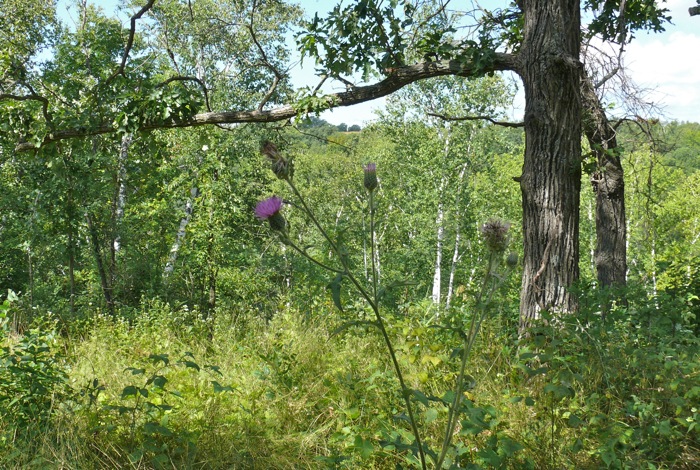 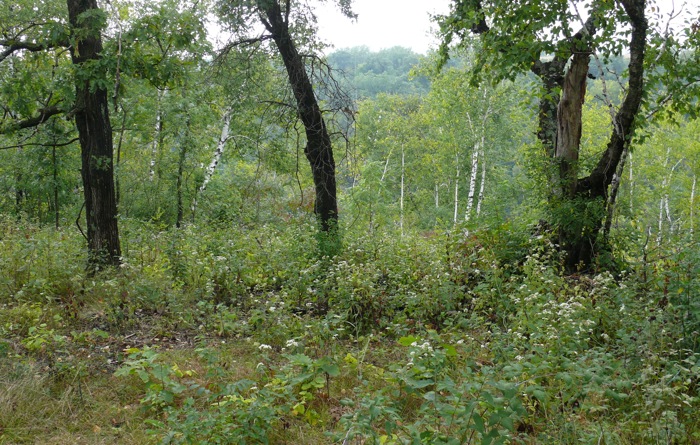 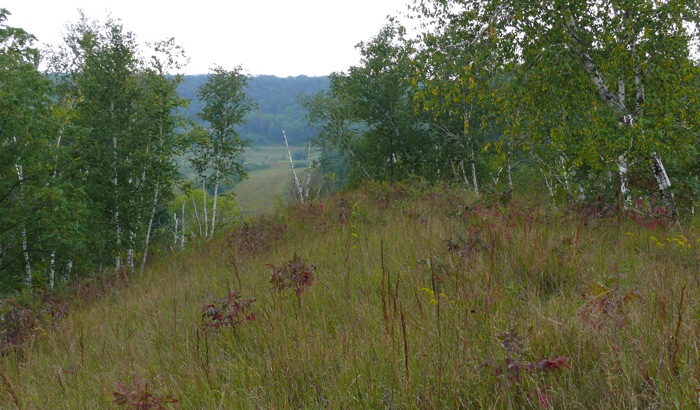 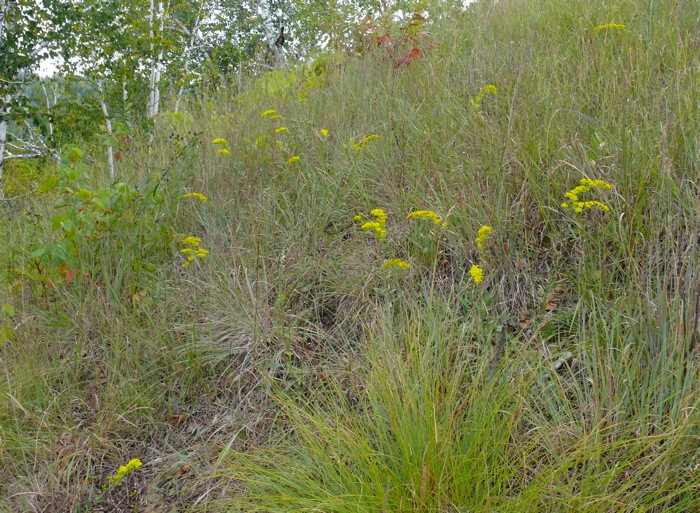 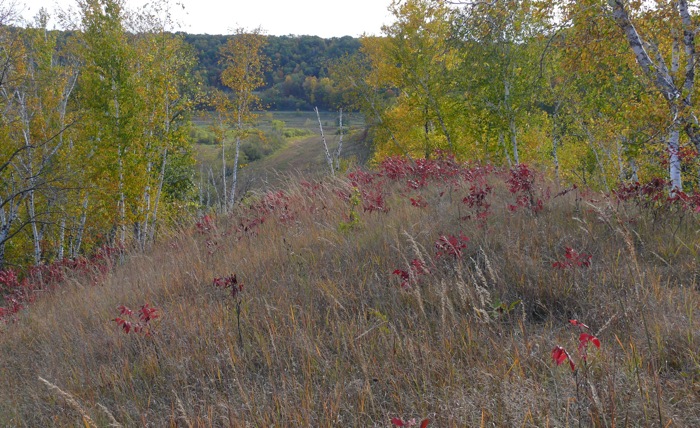 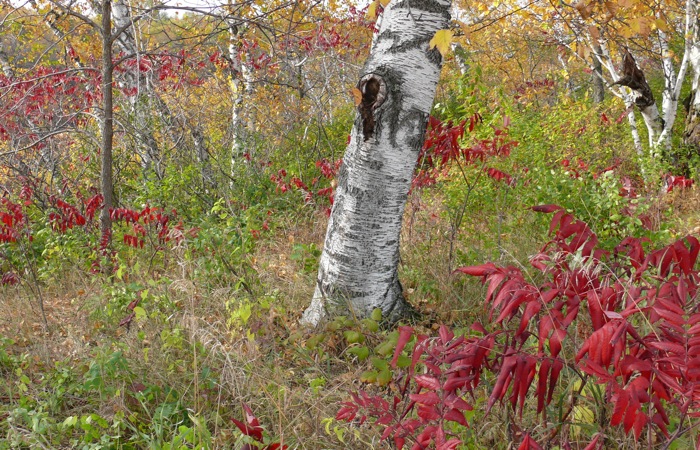 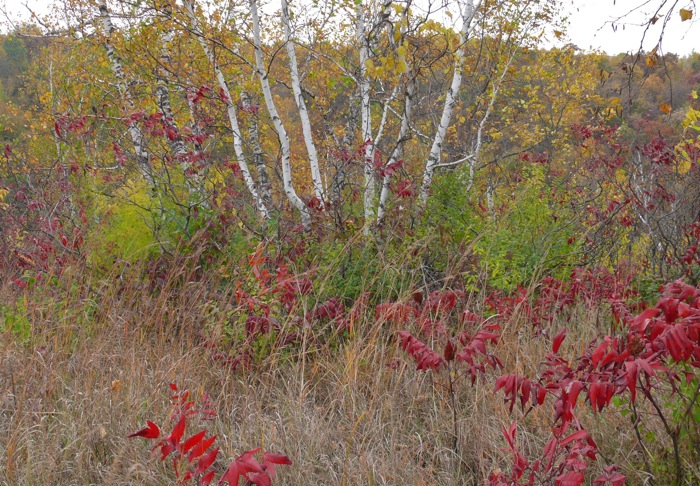 10/16/2008  This is the steep west slope of the point.  I’ve been working hard on clearing it because the ground layer of plants are all prairie.  It’s very steep, so I do most of the cutting on my knees. 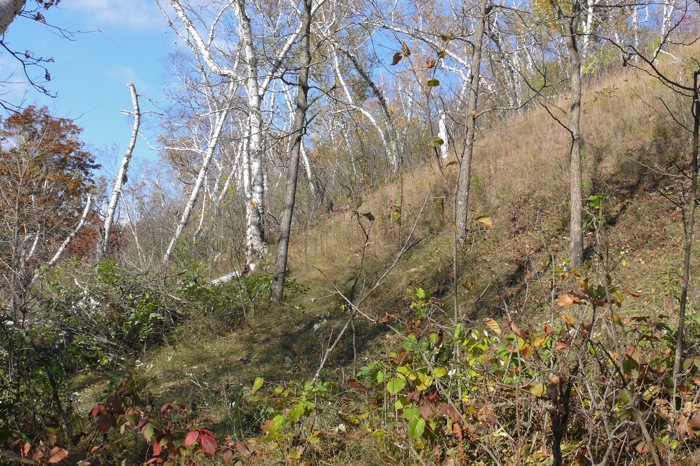 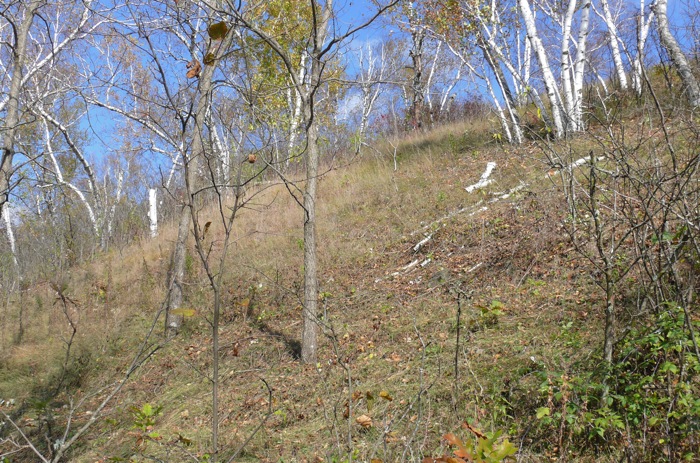 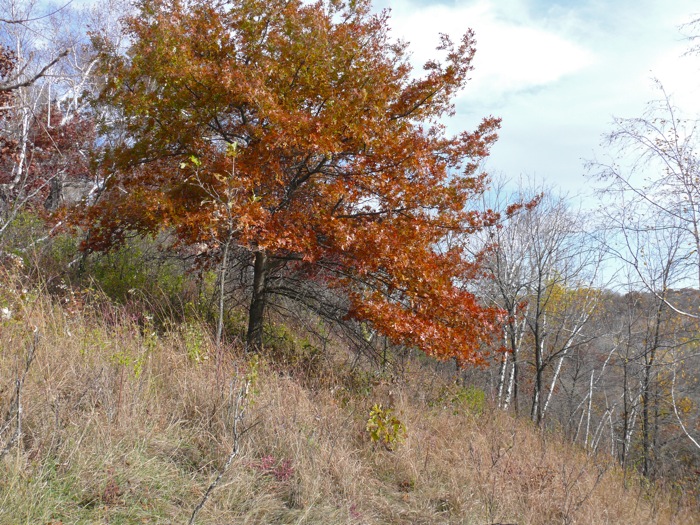 10/23/2008   This is looking down the steep west slope from the top.  I’ve cleared most of the brush on this part of the hill.  I threw the cut brush down the hill, and made a huge brush pile at the bottom. 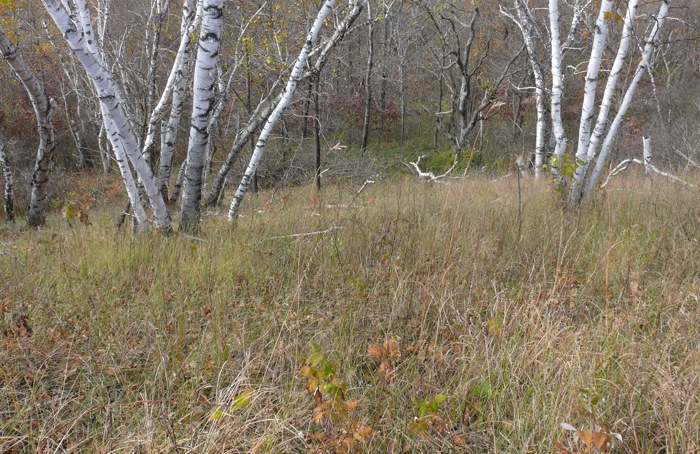 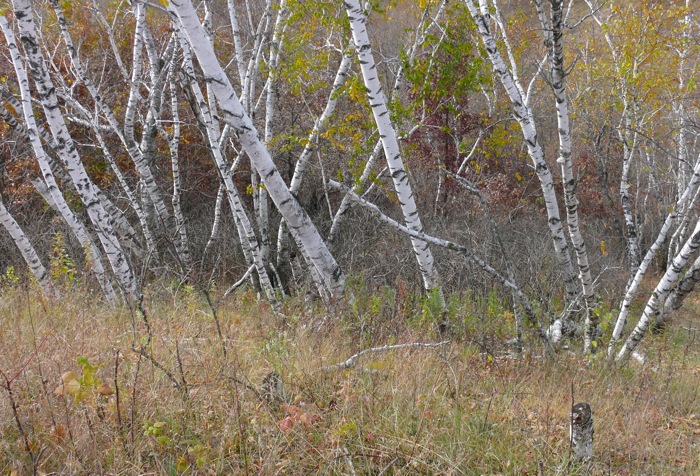