Common Burdock is very common here – especially along the sides of our trails, and at the edges of the old fields (now prairies). This is a particularly bad spot, along the edge of a woods next to a planted prairie.

Common Burdock is a biennial, originally from Eurasia and now naturalized in Wisconsin and much of the rest of North America.  The first year it produces a rosette of large flat leaves.   The next year, or in a subsequent year when it has grown large enough,  it makes a vertical flower stalk with multiple leaves and flowers.  At first the flowers are soft burrs, but later in the summer the burrs get drier and better at sticking to clothing and animal fur.

I try to get rid of as much Burdock as I can.  I have several ways of dealing with it – depending on how much time I have, what time of year it is, how often I have to look at it, and how nice the surrounding areas are.

Cut and Treat:  If I can, I try to find the plants early in their second year.  Before the flowers have opened, I can cut the flower stalk, drop it on the ground, and treat the cut stem with glyphosate.  I’ve used a 4% mixture and it’s very effective, but stronger mixes (if that’s all I’m carrying) are effective too.

If the flowers are more mature I need to collect and carry away the cut stems so they won’t make seeds.  The stalks and leaves are so huge that they take up a lot of space, and hauling them to the compost pile is a chore.   Here I filled the back of the gator and a small trailer with cut stalks. 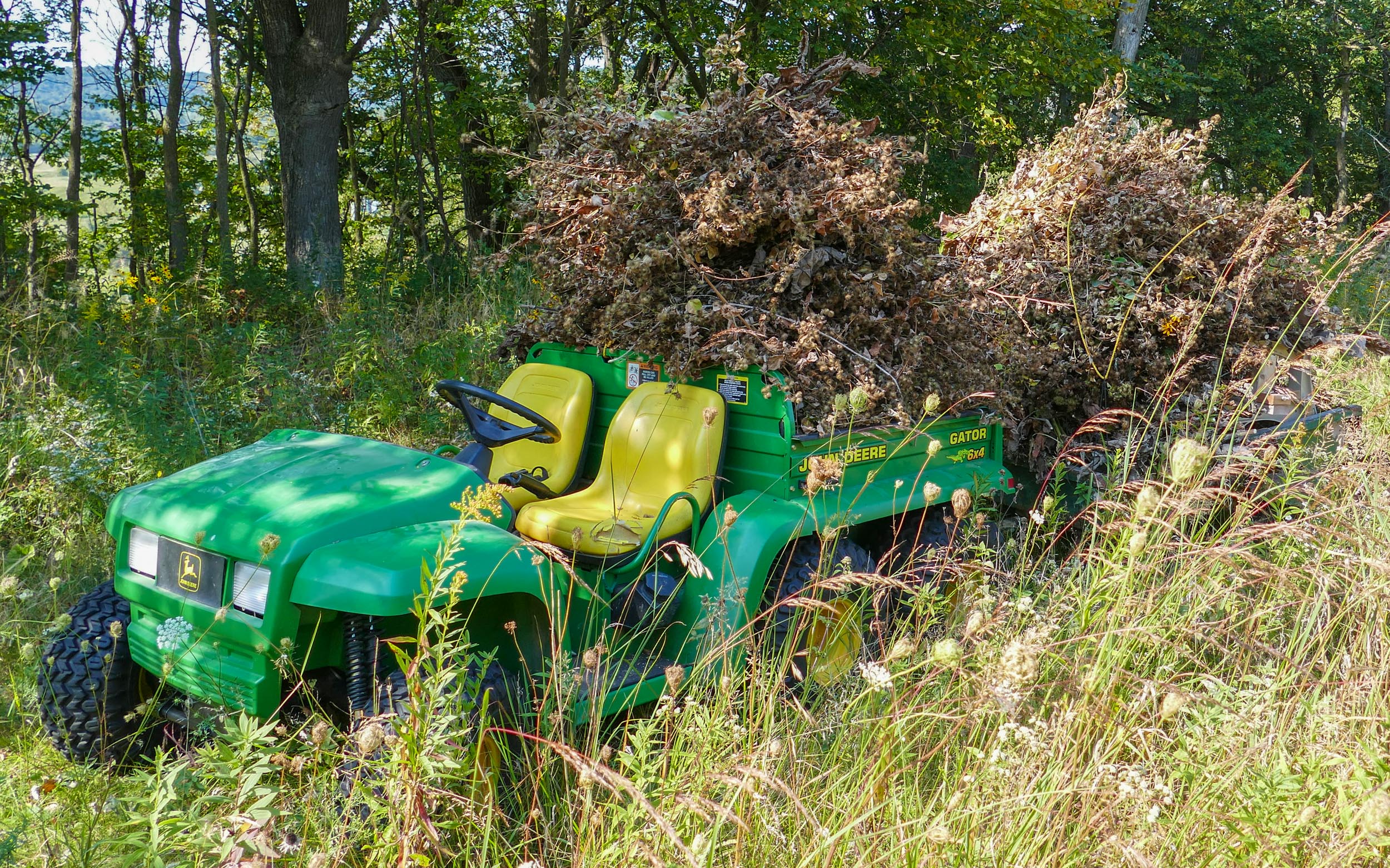 To reduce the volume of waste, I’ve discovered that I can quickly trim away some of the non-flowering parts.  I cut off the lowest part of the stem along with the largest leaves before I pile it.   That leaves much less that I have to carry out.

We also have burdock in woodlands, particularly in some of the more open places that are really overgrown savannas.   This is Big View Savanna.  I’ve been cutting, treating and removing Burdock here for several years.  In the last year or two I’ve also been cutting and spraying many of the non-flowering plants – also with glyphosate.

This is that same savanna area, after a few years of cutting burdock.  Still some left, but much less.