This year we burned the prairie in April.    We raked a strip along the top to act as the initial fire break, and then burned carefully across, up into that bare area, using the big water tank on the gator to control the fire at the top. 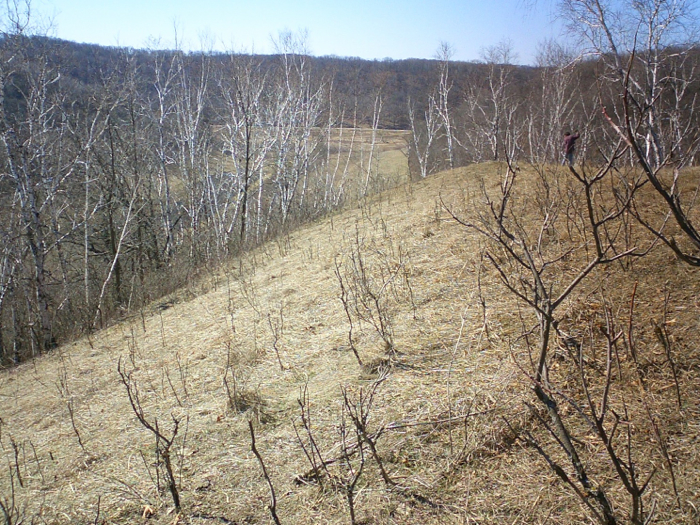 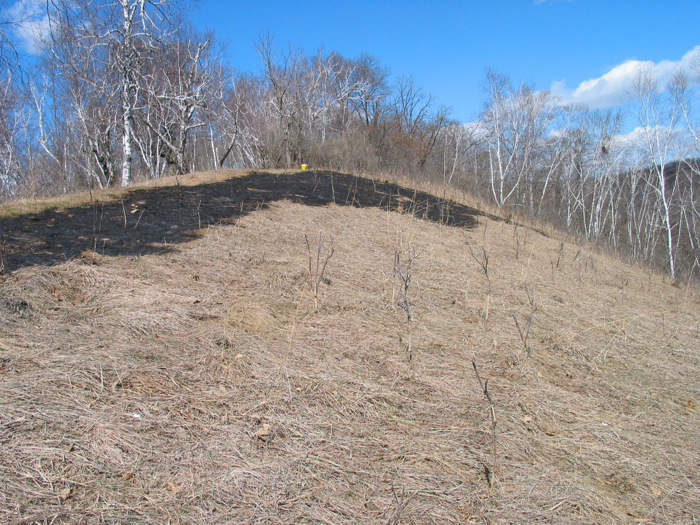 4/3/2004   The black line after a little more burning.  (I don’t have photos of the fire because we were too busy burning to take pictures.) 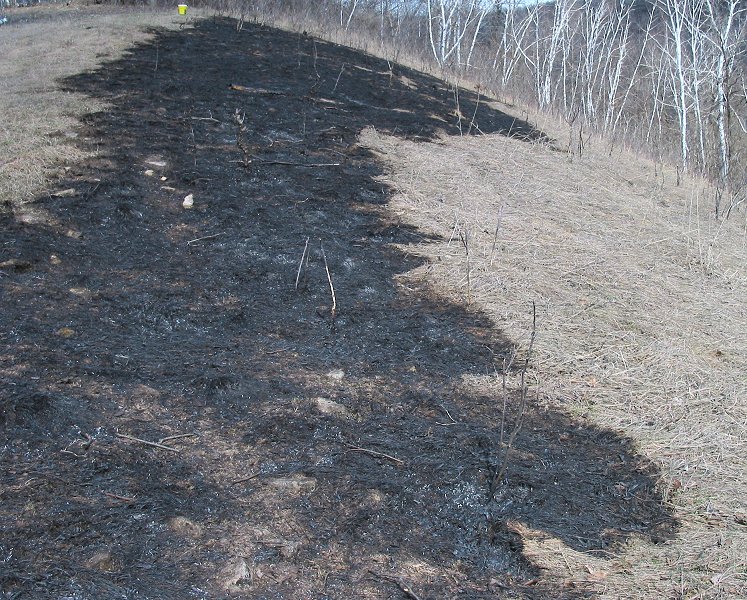 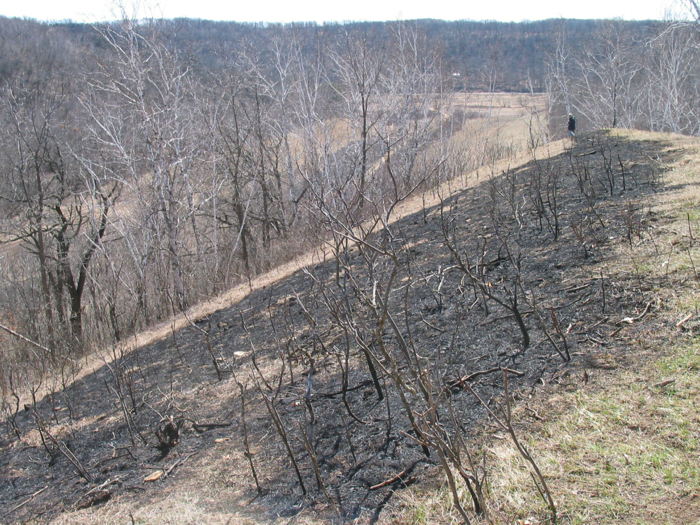 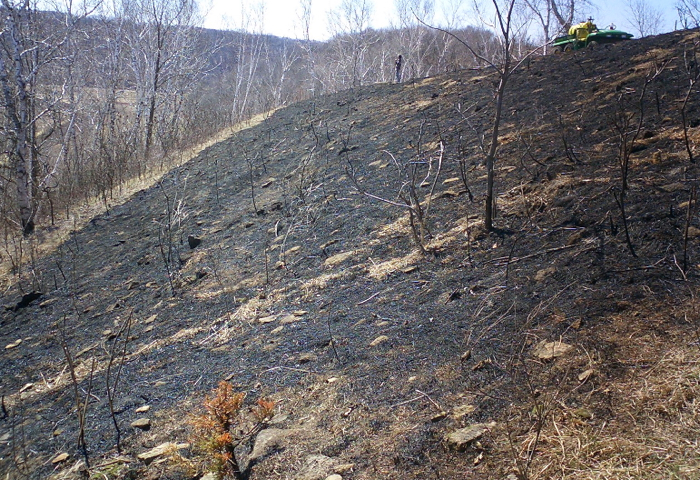 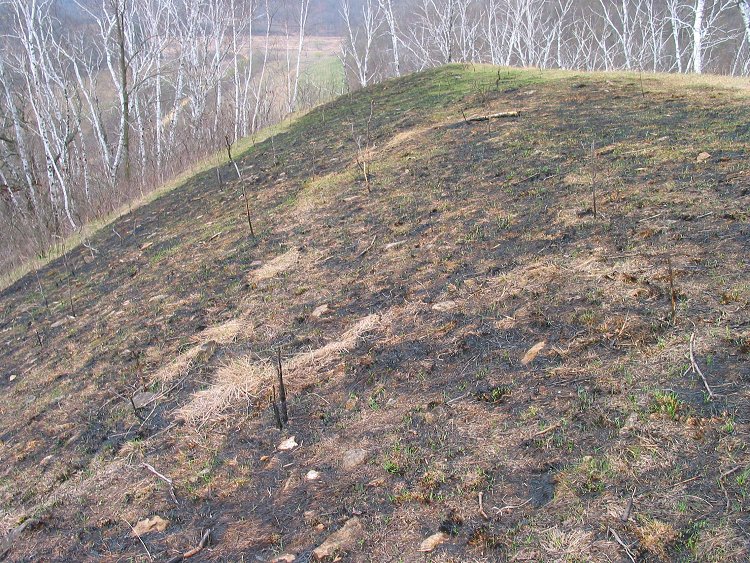 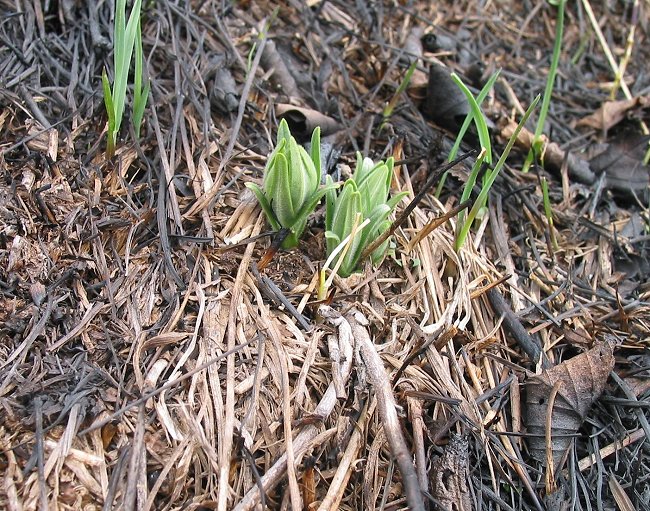 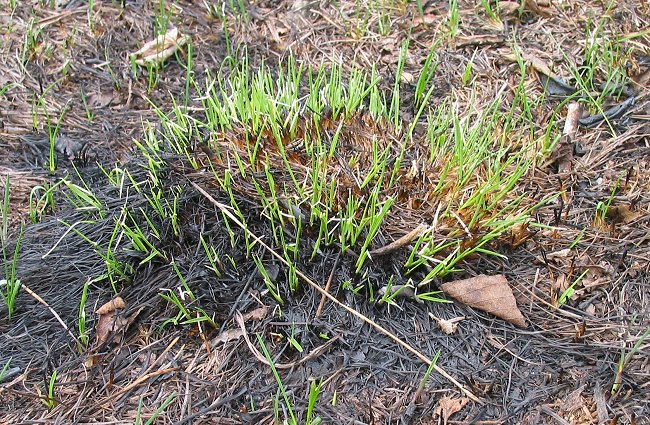 4/18/4004   And, unfortunately, lots of seedlings of White and Yellow Sweet Clover.  It took me a while to figure out what these were, and then I didn’t know how bad they were, so I didn’t pull them right away.  They turned out to be a huge problem. 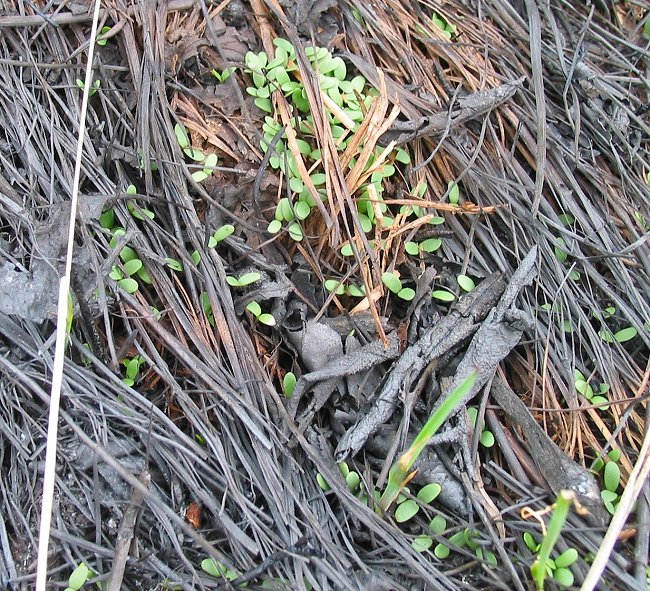 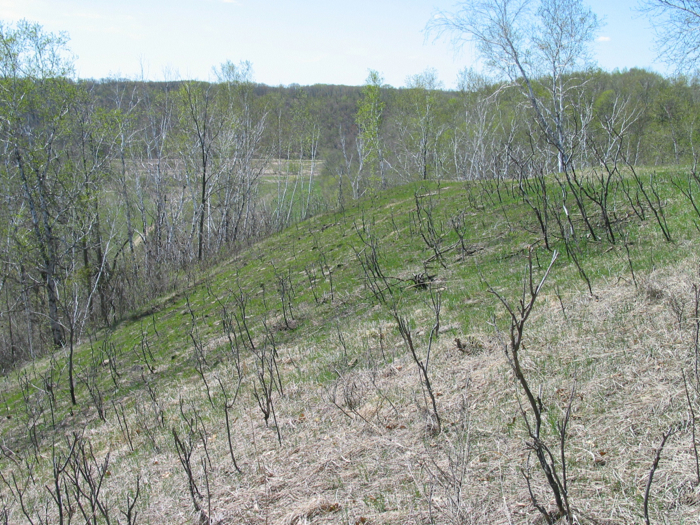 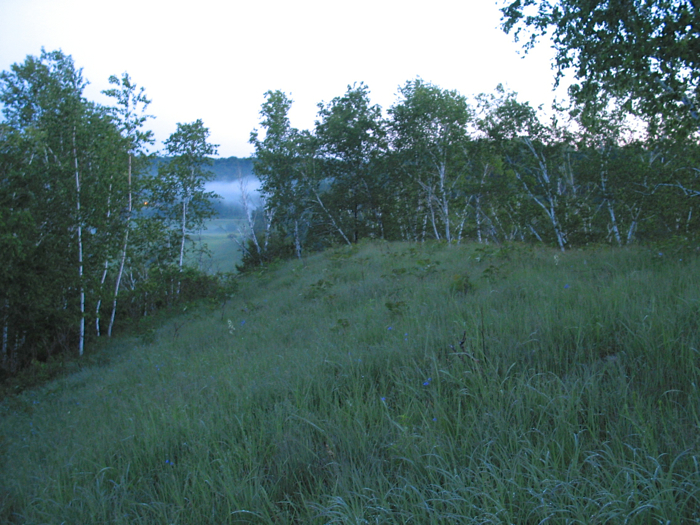 7/3/2004  Ragwort Opening – still hemmed in by brush and birches, although I’m slowly clearing at the edges

7/6/2004  The east slope of Indian Grass Point has one of the few Butterflyweed plants we have here.  I cleared around it so it would get more sun and have room to expand. 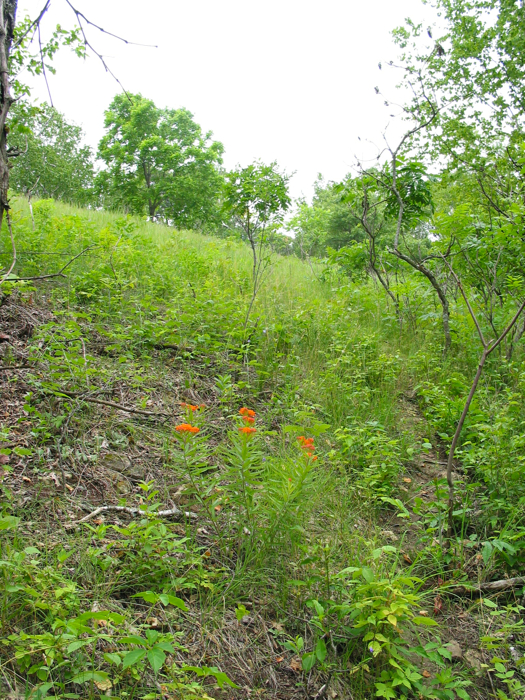 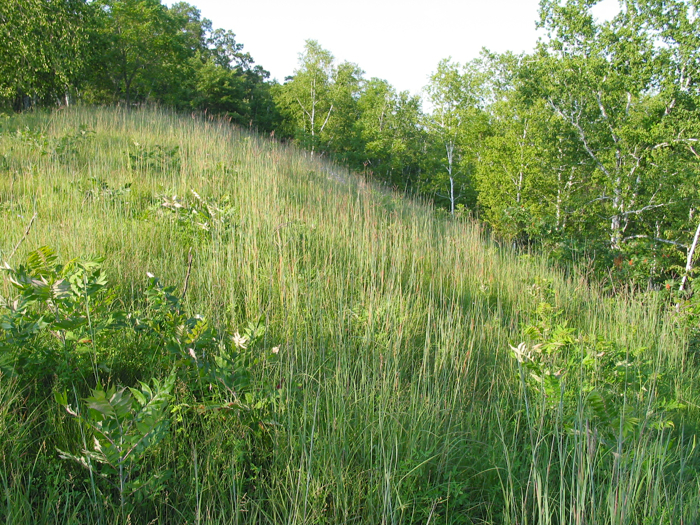 7/25/2004  More flowers bloomed this year, and everything grew taller. 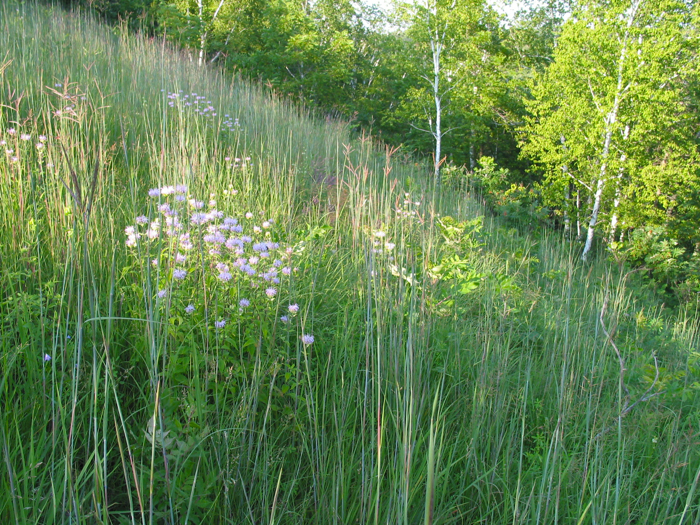 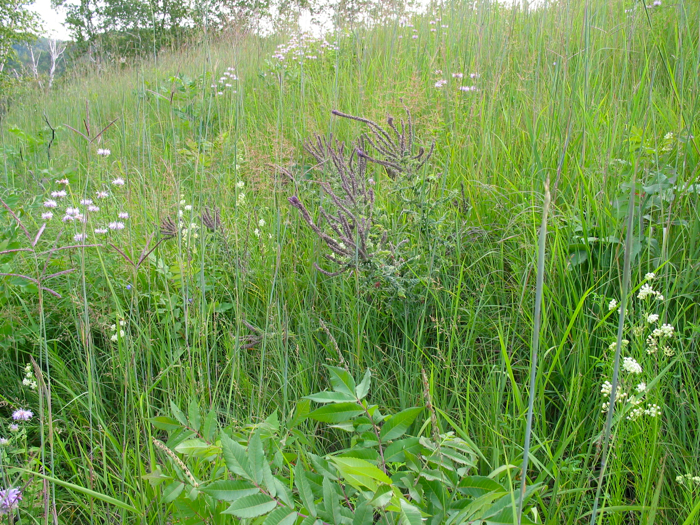 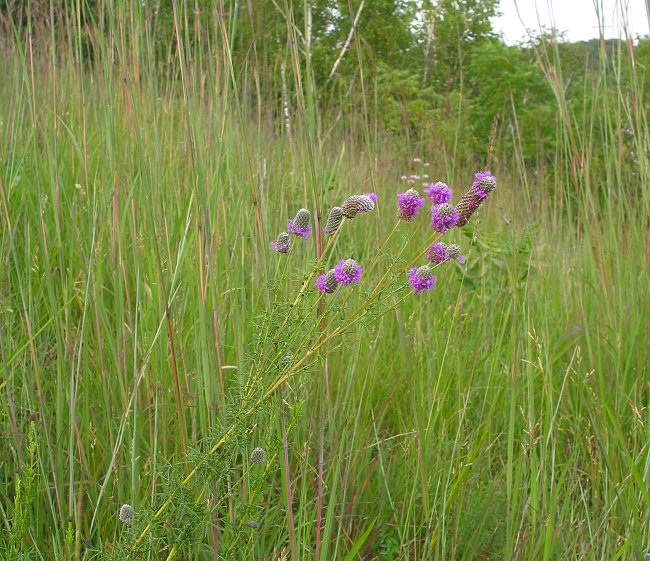 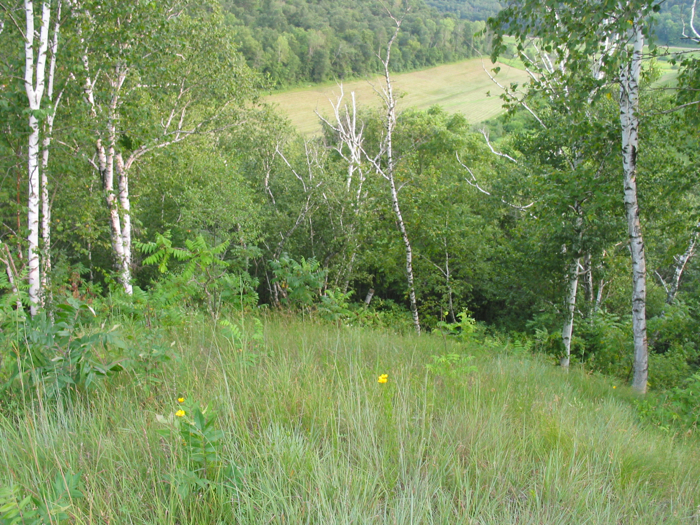 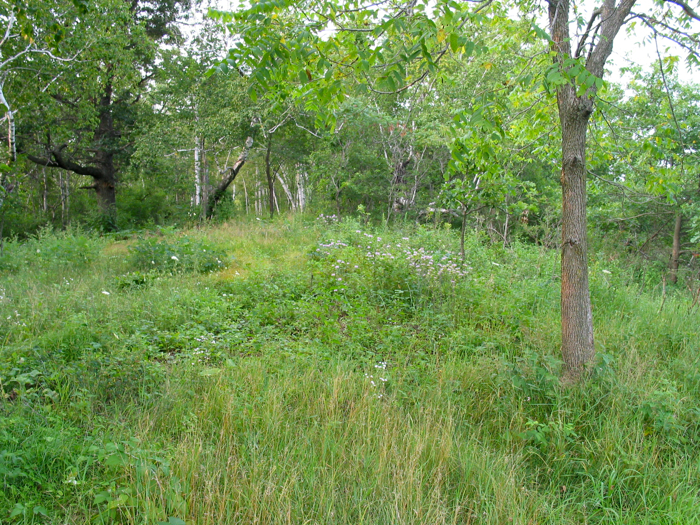 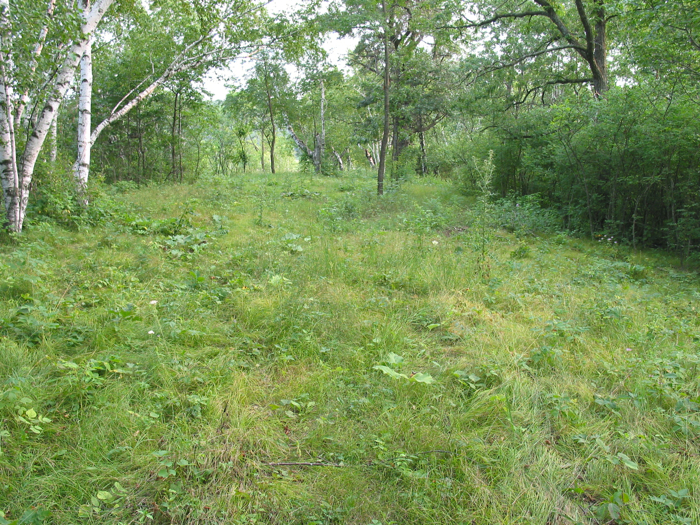 8/16/2004  There are still a lot of weeds in the savanna area.   We mowed the honeysuckle, rather than cutting and poisoning the stumps, so it’s growing back.  Burdock is a biennial, so we’ll have to cut it and remove seeds for a few more years to get rid of it. 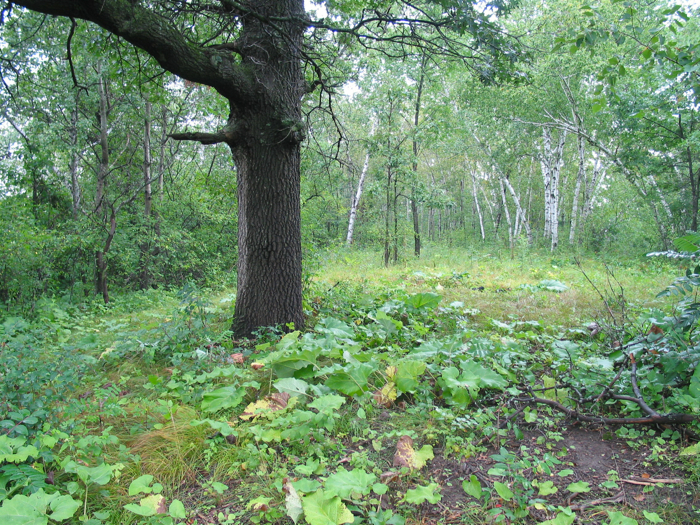 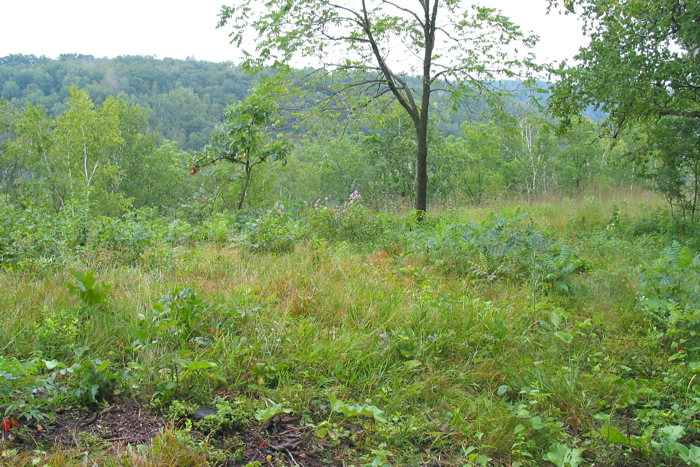 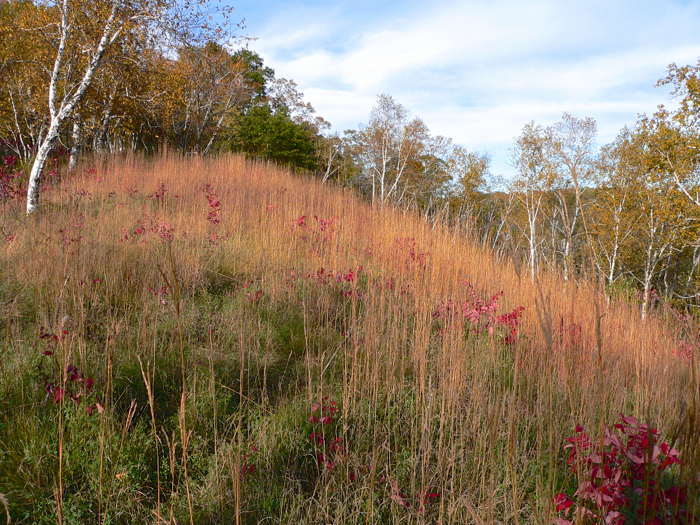 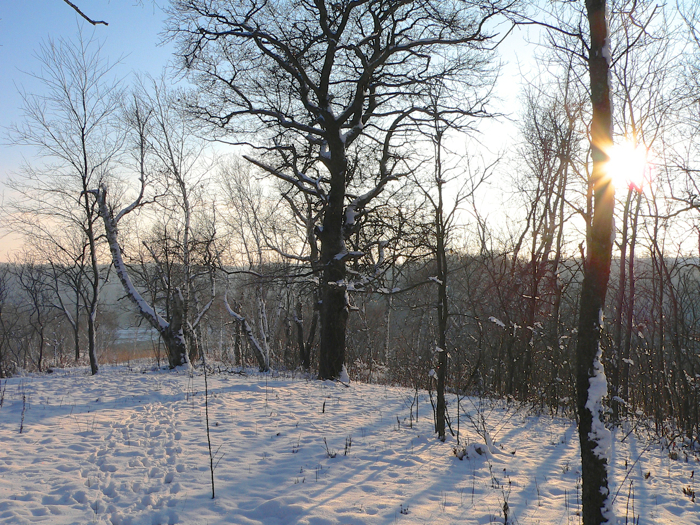 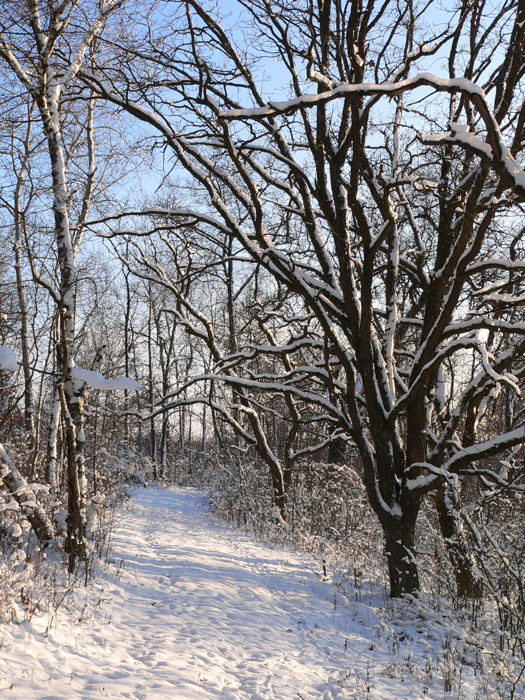