5/20/2006  The path up to the point that starts behind the house is very steep, climbing through woods that is mostly overgrown prairie hillside with a grove of young Black Oaks near the top.  I’ve been clearing it working down from the top, and up from the bottom – but there’s a lot more to do.  This is along the path near the bottom – Blue-eyed Grass. 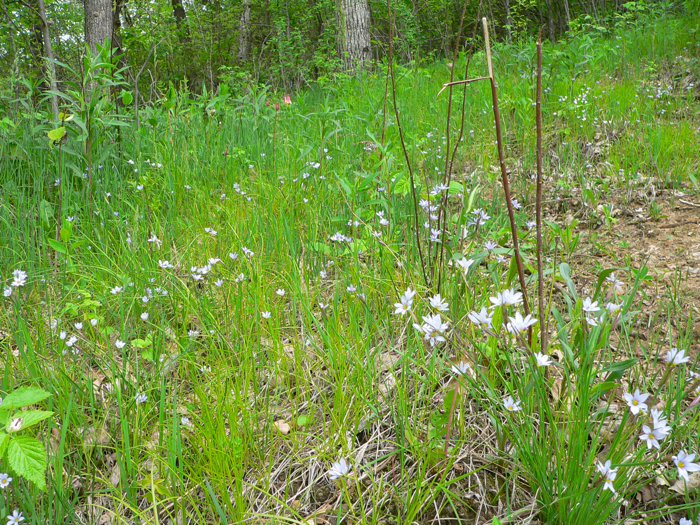 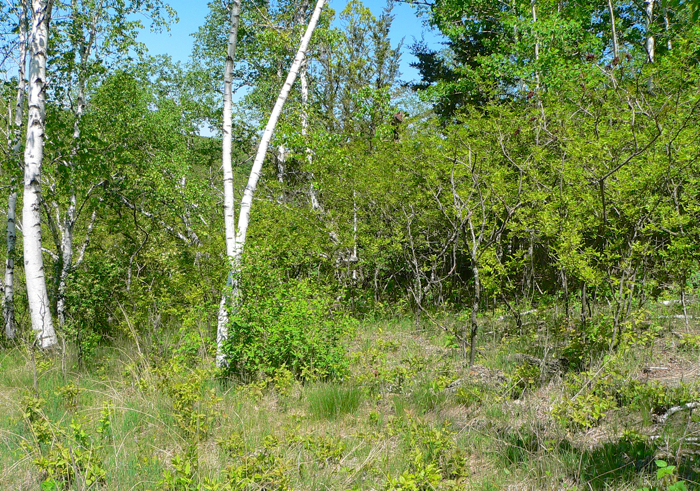 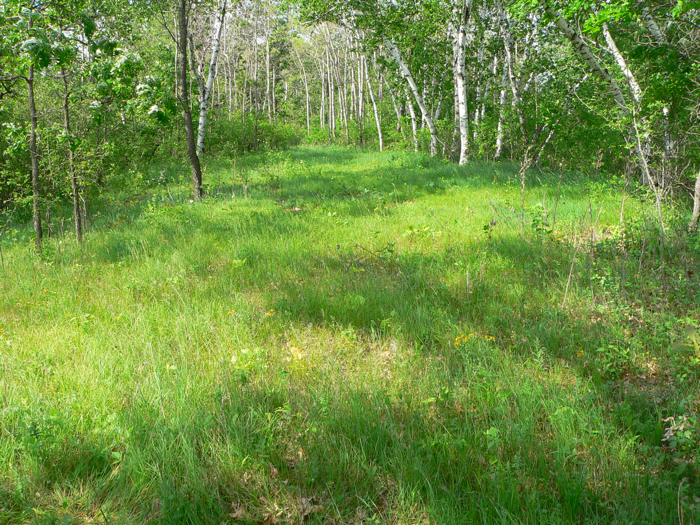 6/17/2006  The girdled aspens are dying, so there’s more light getting in, and the brush is starting to get thicker. 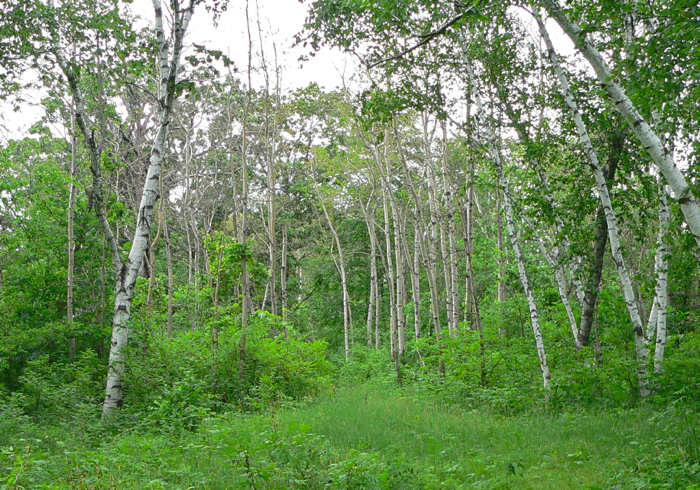 8/1/2006  This is a path we made up to the prairie along the east-facing slope.  We used it for a few years and then abandoned it. 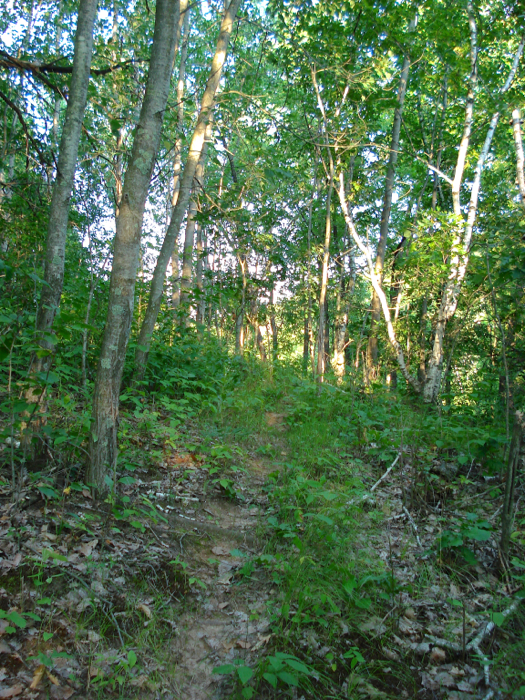 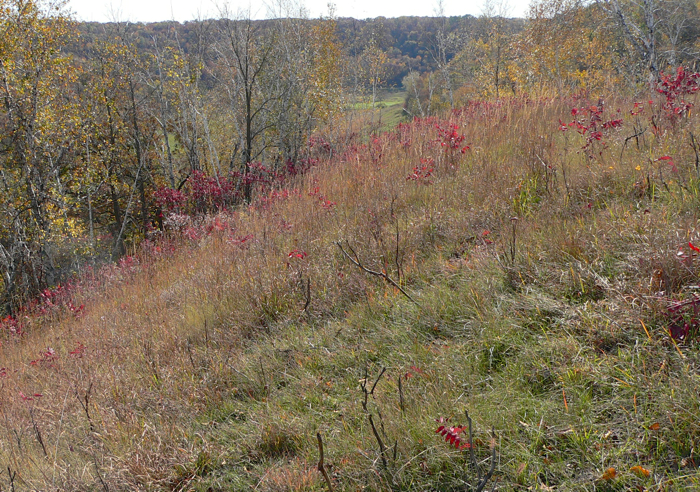 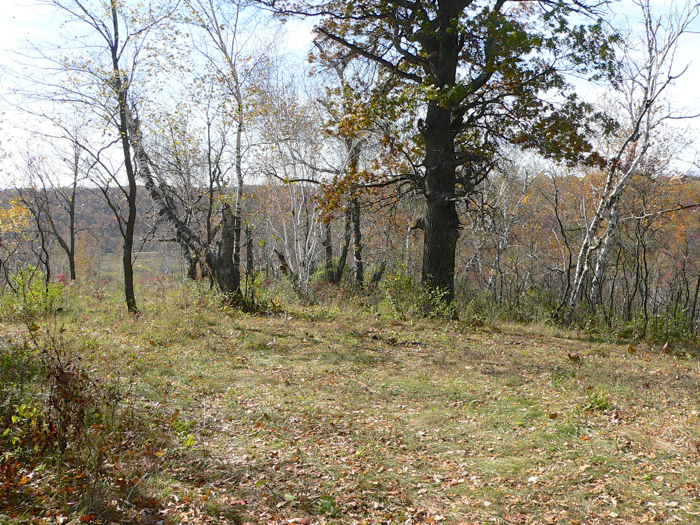 10/7/2006  This year’s project was to do some more clearing on top of the point.  Our goal was to open it up enough that we could connect it with the west-facing remnant opening.  We’ve never given a name to this remnant – it’s a small one, surrounded by birches and brush, on the western slope of the point, just below the savanna opening. 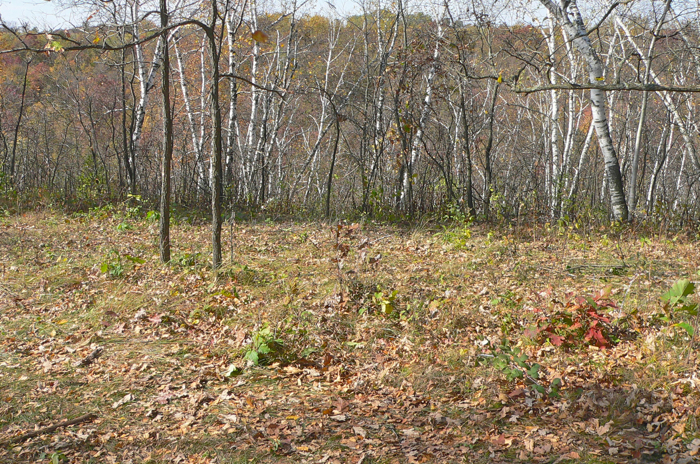 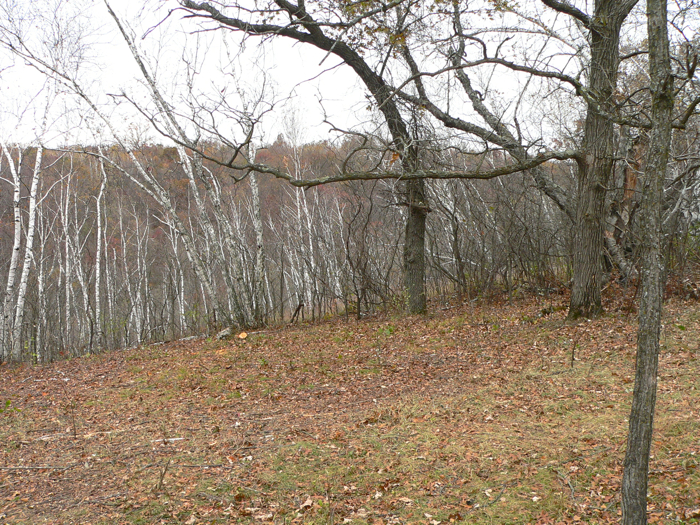 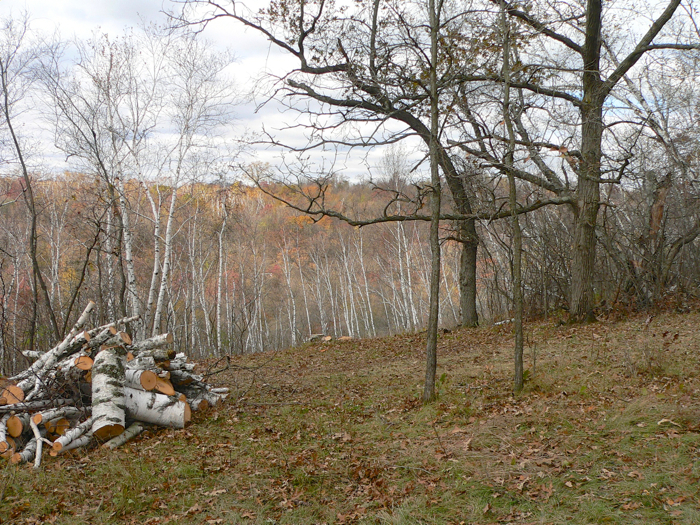 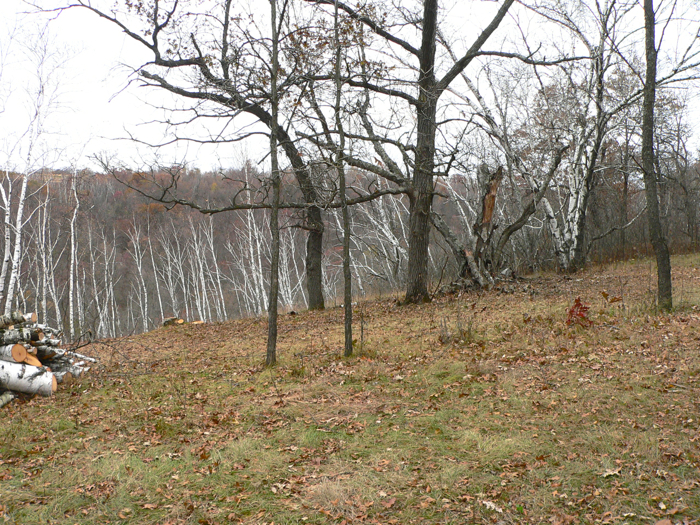 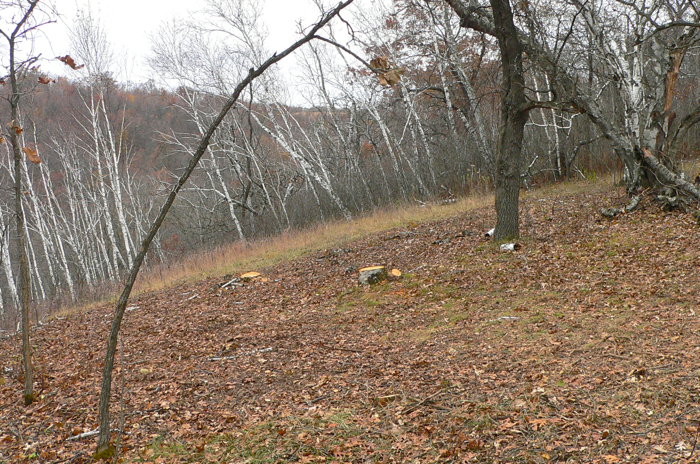 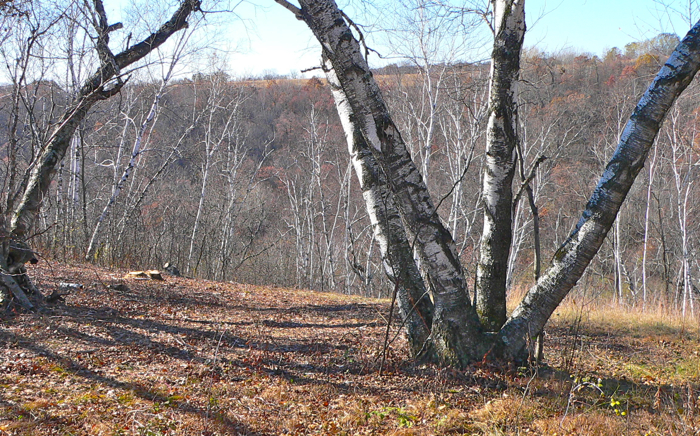 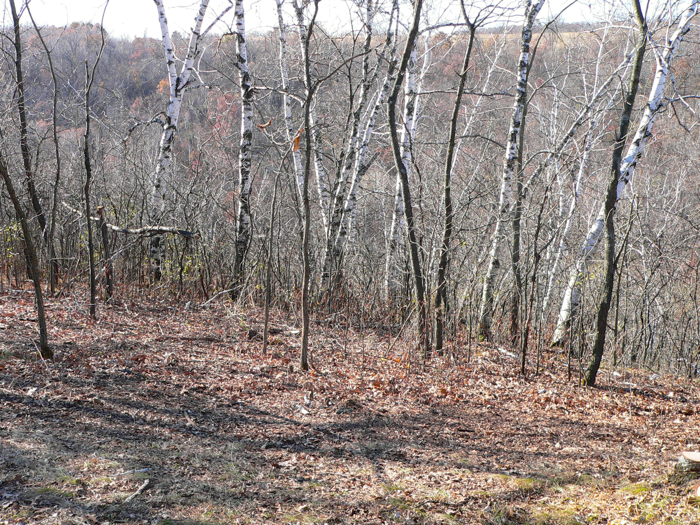 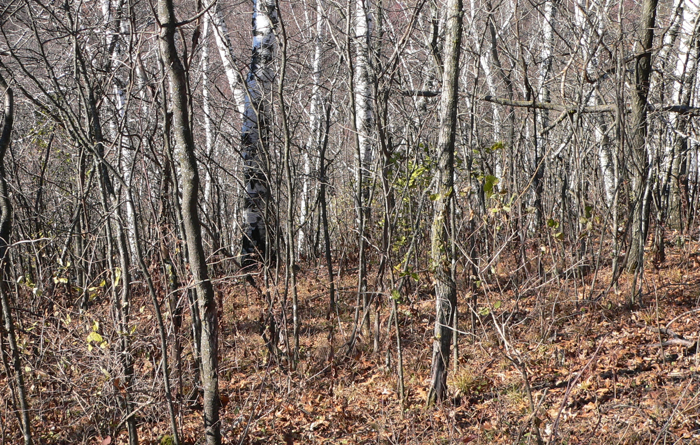 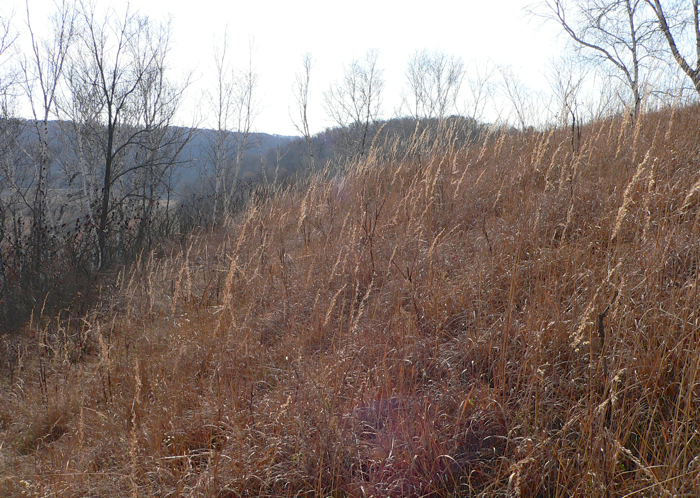 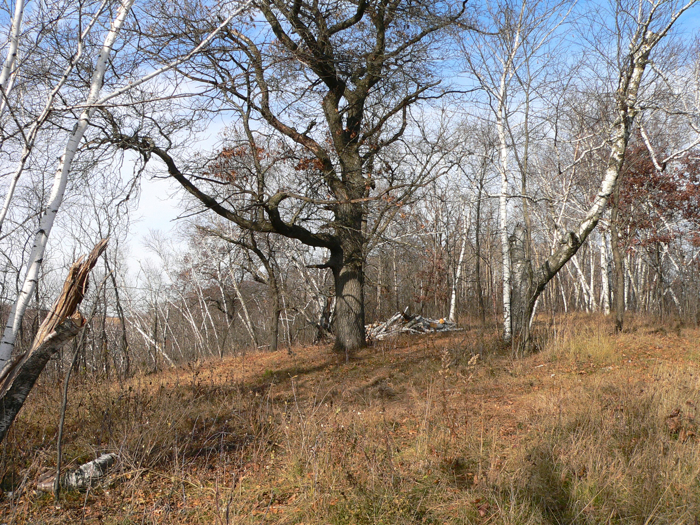