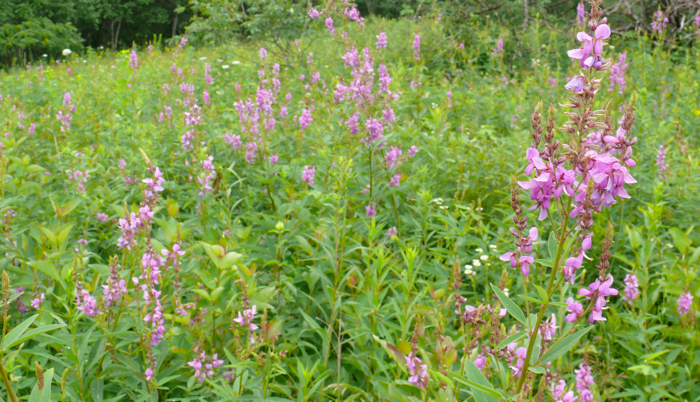 8/10/2008   Queen Anne’s Lace is back, although not as much as before I pulled it a few years ago.  But the aspen and dogwood sprouts are getting taller – I think we’ll have to start mowing again. 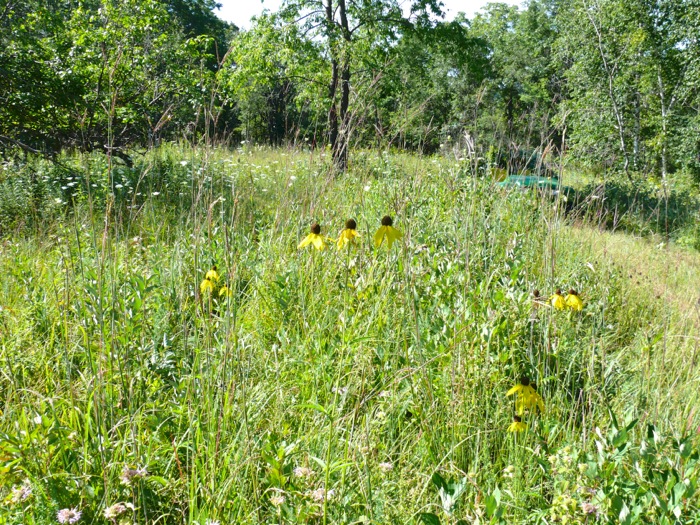 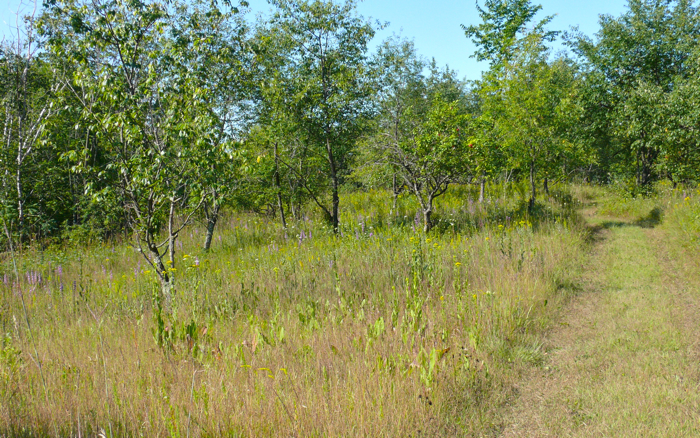 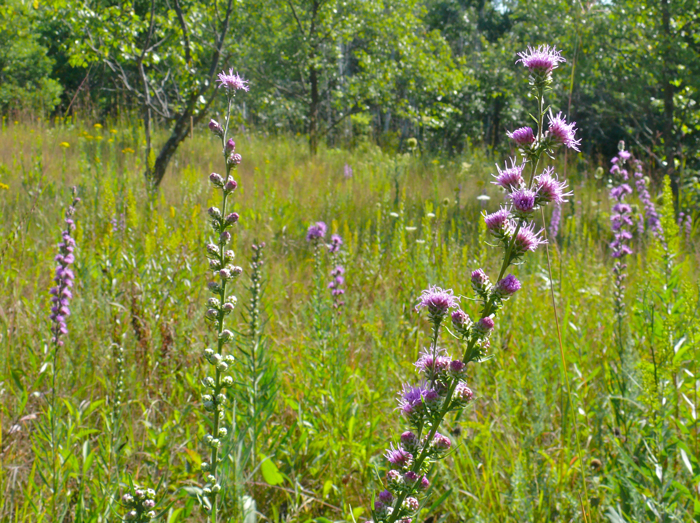 I spent a few days clipping aspen shoots in July and August this year.  I’ve now girdled all the mature aspens surrounding the prairie, so I’m hoping that clipping the shoots will help kill the roots. 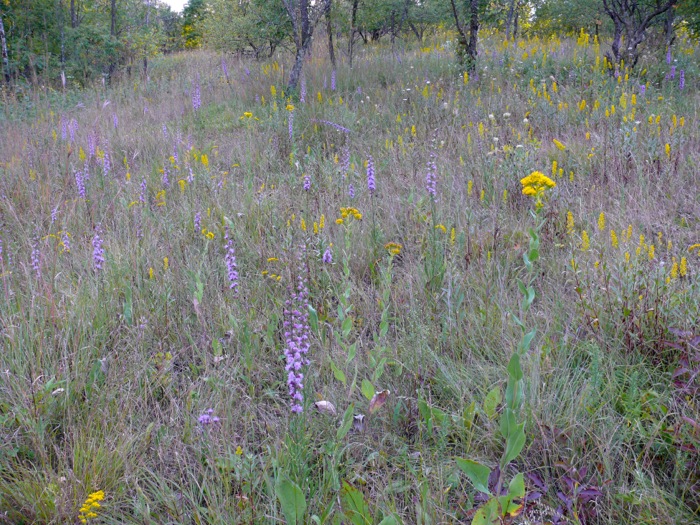 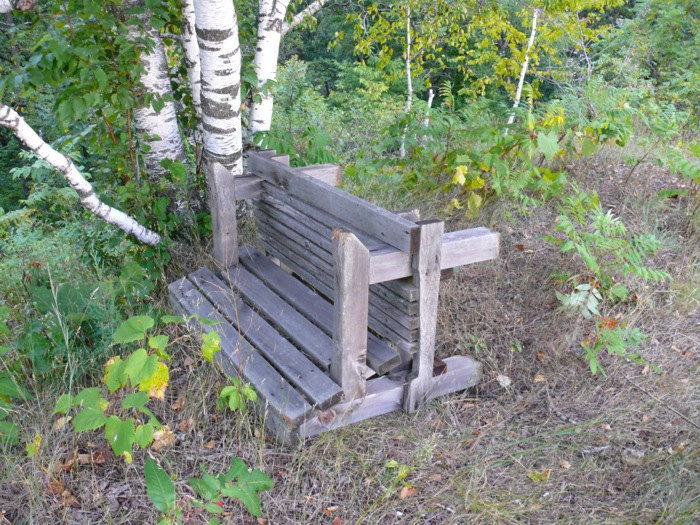 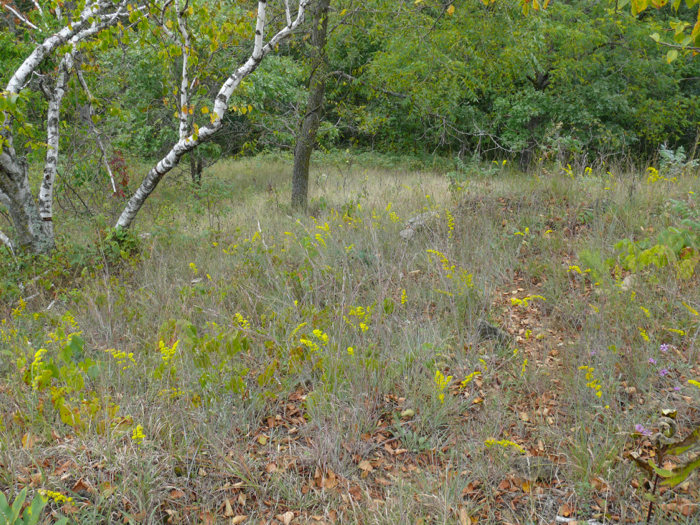 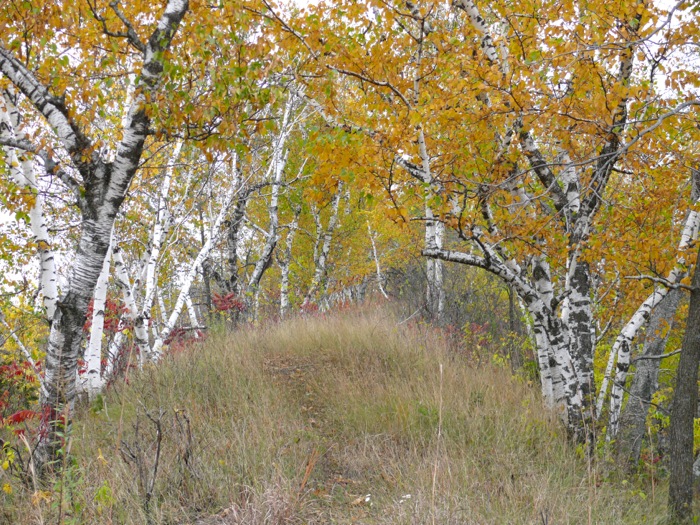 10/31/2008   Martha and Arlene helped me cut some brush on the Knife Edge Point this fall.  This is the area we worked on, before it was cut. 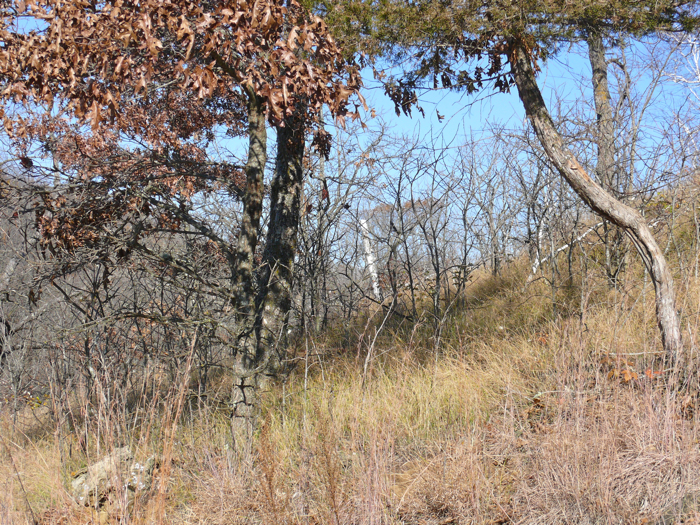 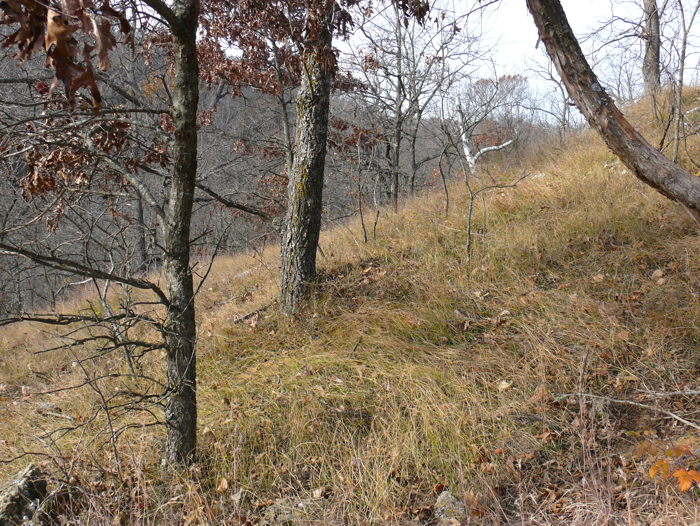 I cut some more brush, on my own, below this on the hill.