This year we had plans to do a big burn of the west face of the ridge so we mowed out a wide path along the top of the ridge as a fire break. Here are some views looking south onto the ridge before mowing – the only path was a narrow deer trail. 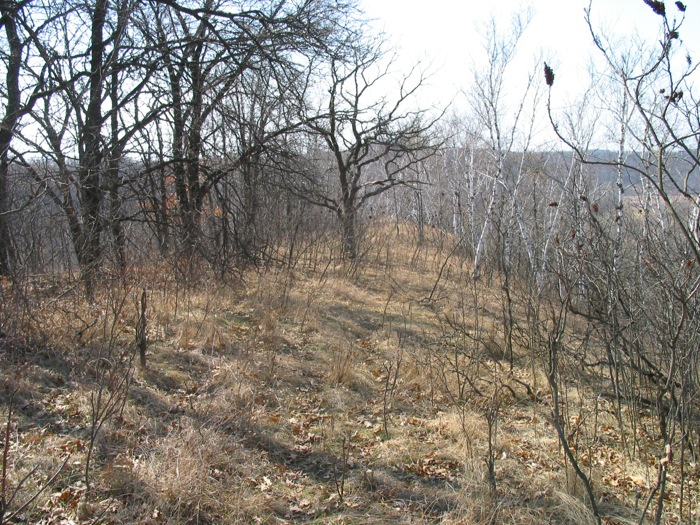 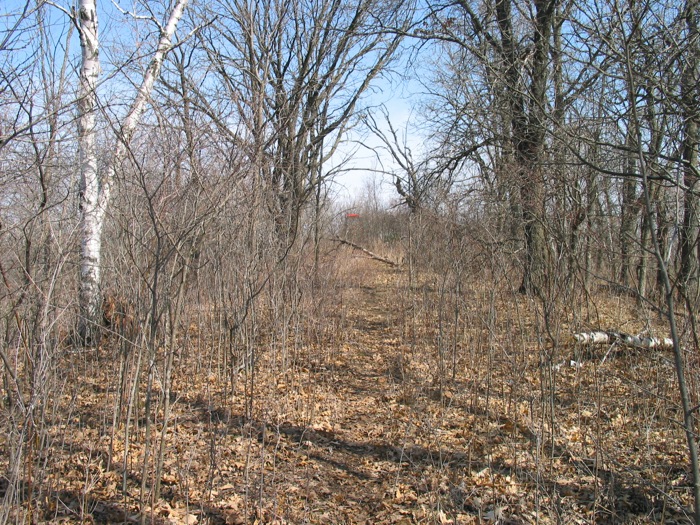 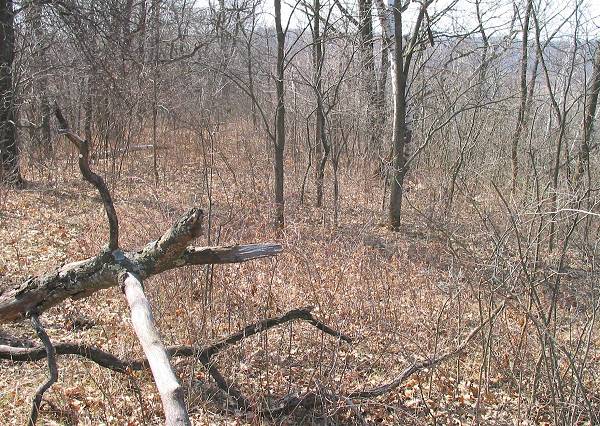 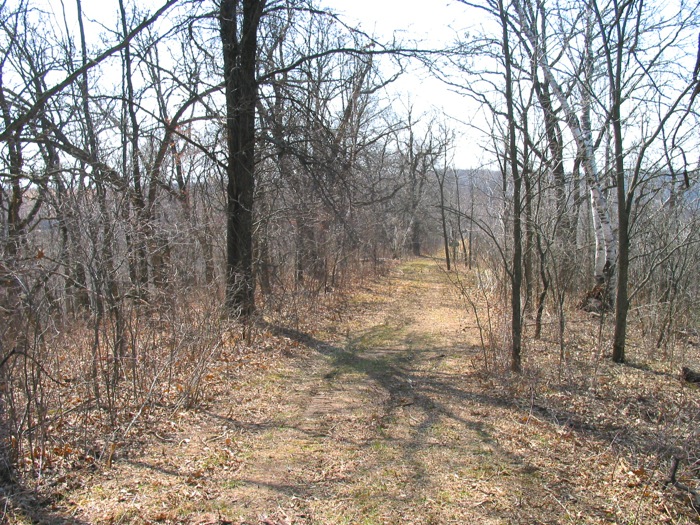 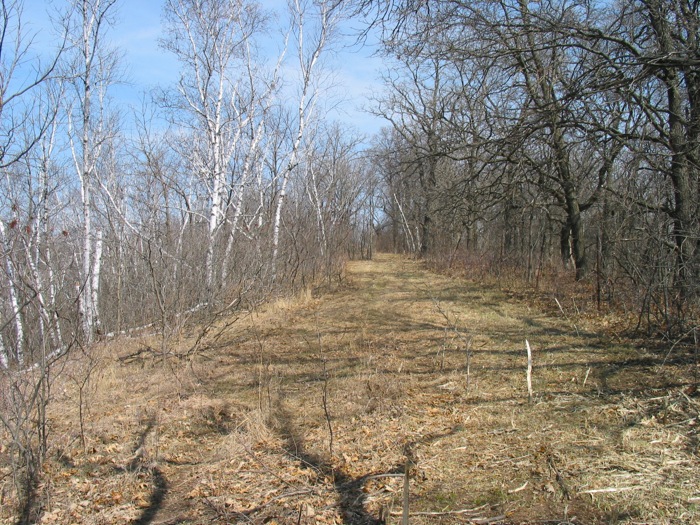 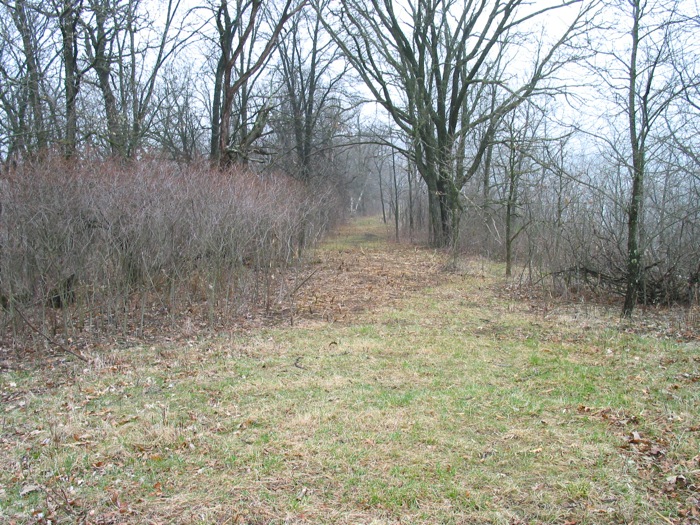 We couldn’t get all the way to the end of the point, because the top of the ridge gets too narrow for the tractor, but we got most of the way. 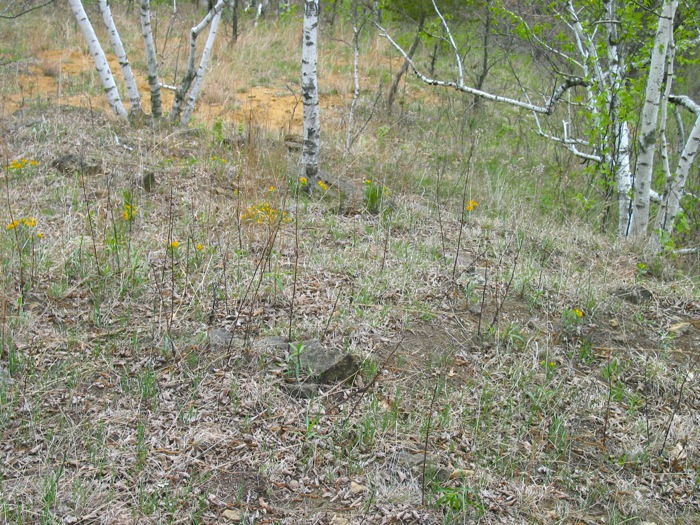 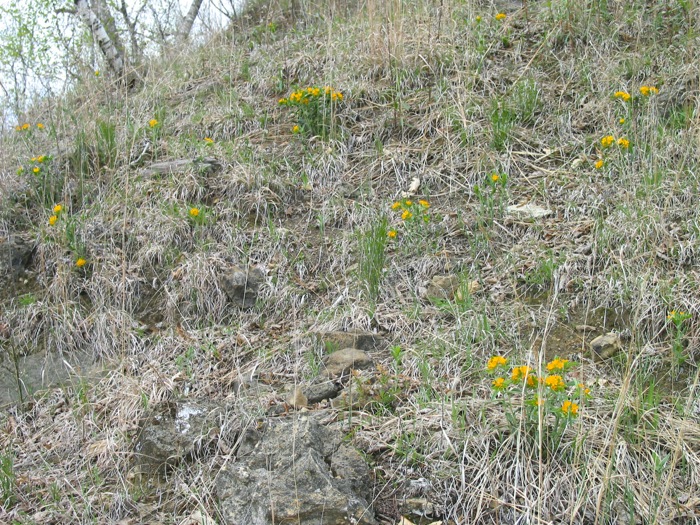 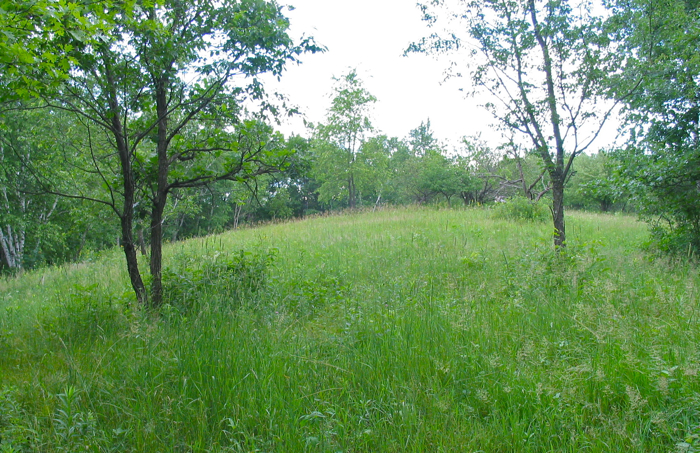 8/23/2003   In August, the Queen Anne’s Lace bloomed.   Queen Anne’s Lace grows in all our prairies, but we don’t usually see many plants until we mow. When light can get down to the seeds, they sprout, and suddenly we have a prairie full of Queen Anne’s Lace. It’s a biennial, so the first year it sends up leaves, and the second year it blooms and then dies. If I can pull it before it goes to seed, that prevents any more seeds from getting into the prairie. 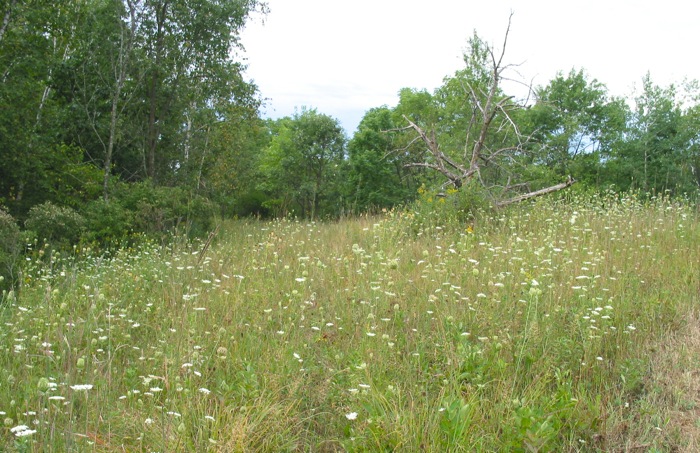 8/24/2003  I really didn’t want to mow again – I was just beginning to see some of the prairie plants come back.  So I decided to pull the Queen Anne’s Lace by hand.  It was a lot of work – it took several days of 3 or 4 hours each day.  This is the same area the next day – after the area in front of the tree was weeded. 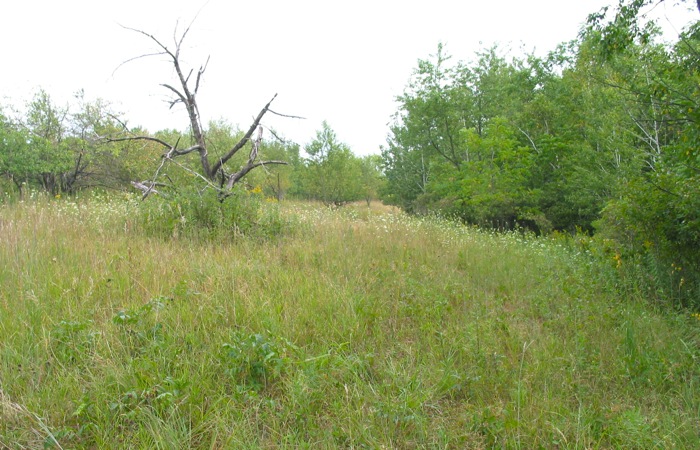 8/24/2003  Finished weeding.  The next year the weeding took much less time – only a few hours – and now the prairie has very little Queen Anne’s Lace. 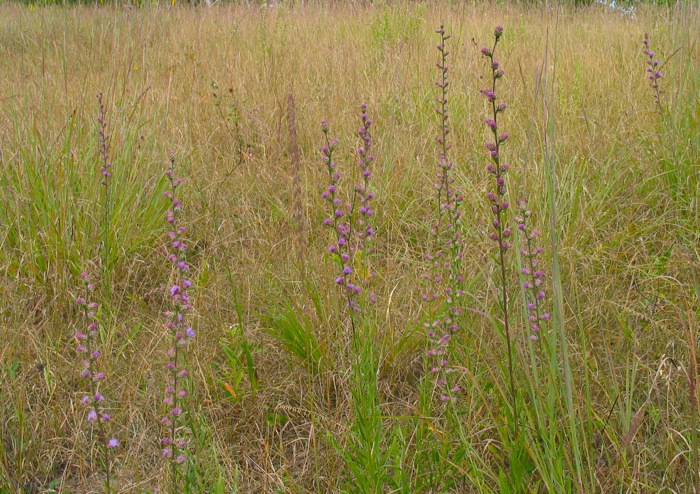 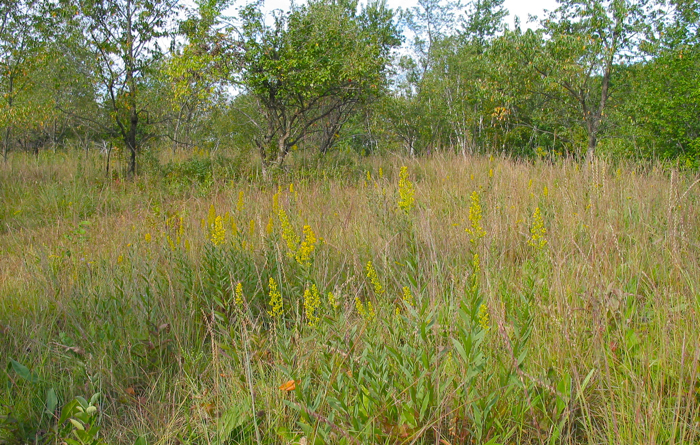 10/13/2003  The path along the ridge.  The yellow vine growing up the birches is American Bittersweet. 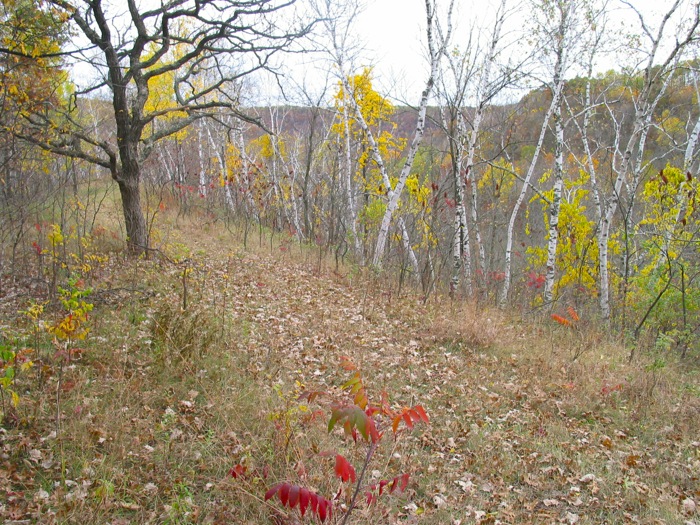 7/2003  This is a patch of Butterfly Weed (Asclepias tuberosa) that grows along the path between the Knife Edge Prairie and the point.  We don’t have Butterfly Weed  in many of the remnants, so these plants are very special.    The butterflies are Great Spangled Fritillaries. 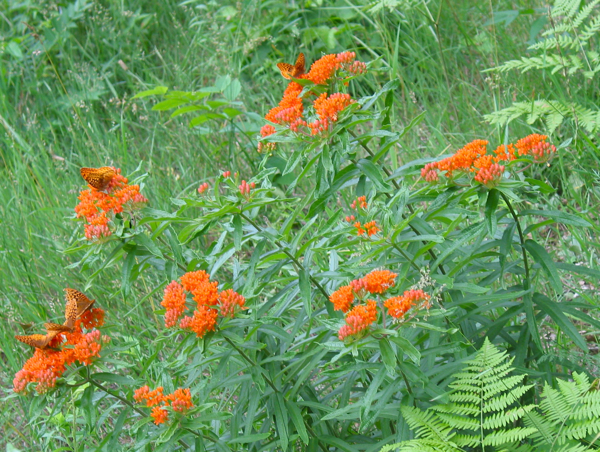 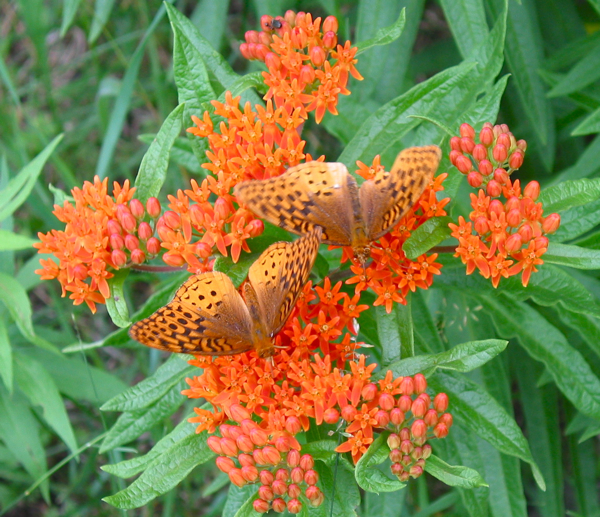