[To see photos and stories of the savanna in other years, see the links on the main Twisted Oak Savanna page.]

This year we decided to work on clearing out some of the flat area on top – between the path and the western prairie opening.

5/27/2006  The girdled aspens are dying, and brush is starting to grow up between them. 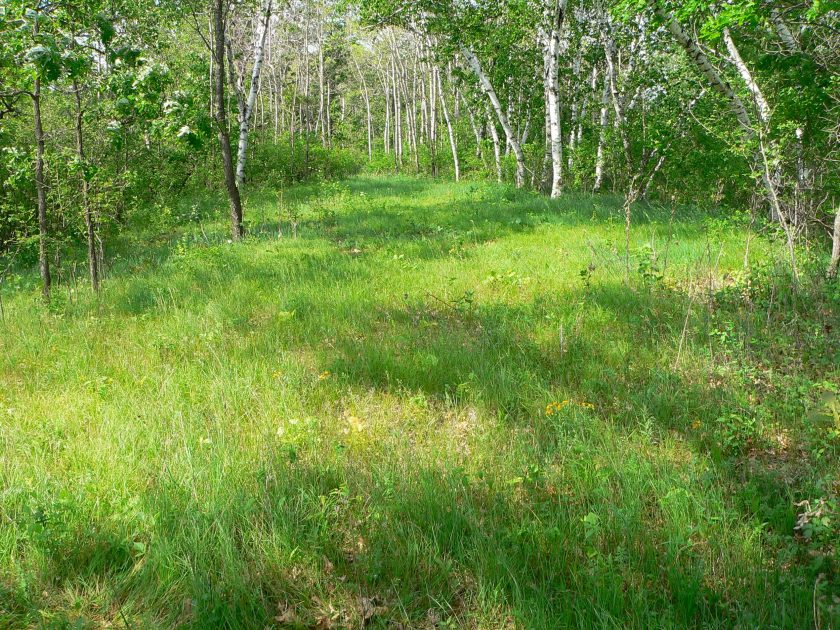 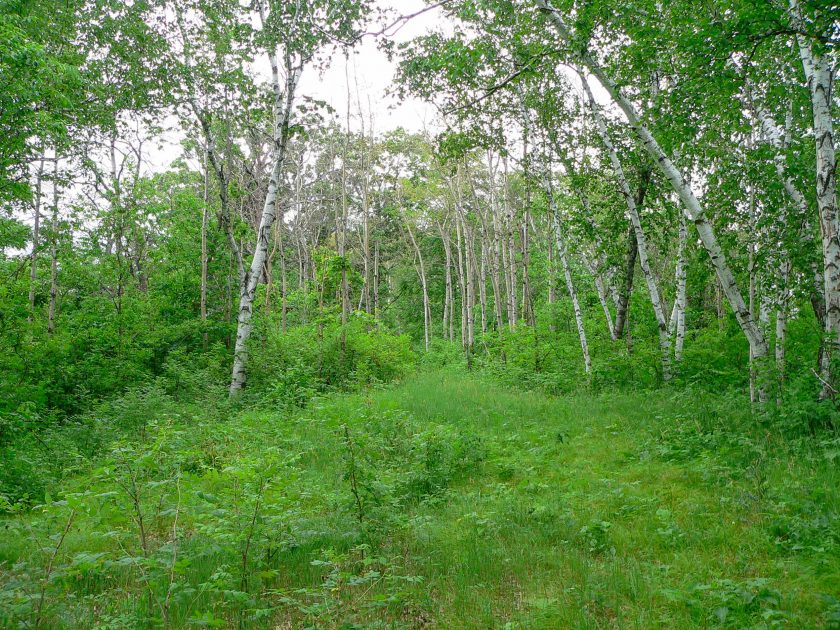 10/7/2006  This is the area we decided to work on – a strip of small trees and brush between the wide path area and the prairie opening on the west slope. 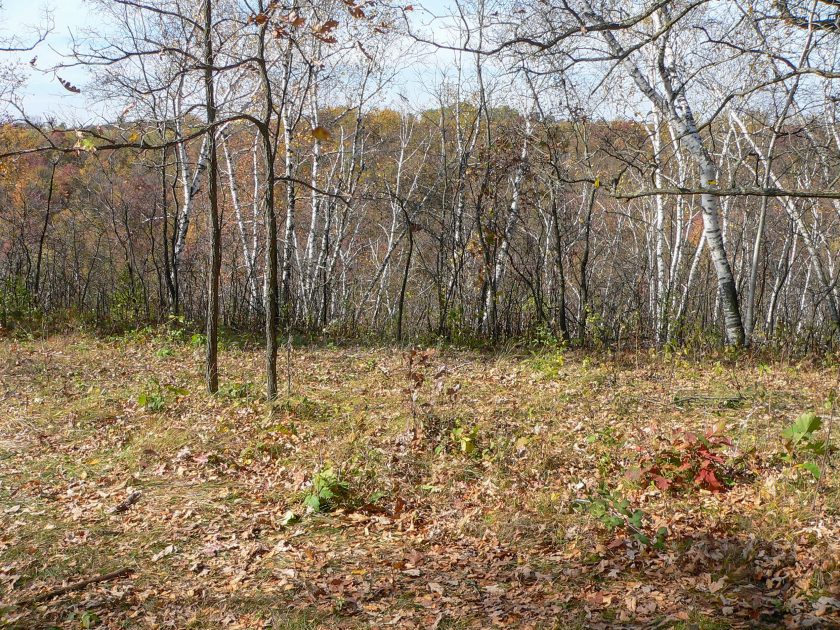 10/7/2006  This is our brush pile.  After we cut the trees and brush, Mike would pick them up with the tractor and pile them here. 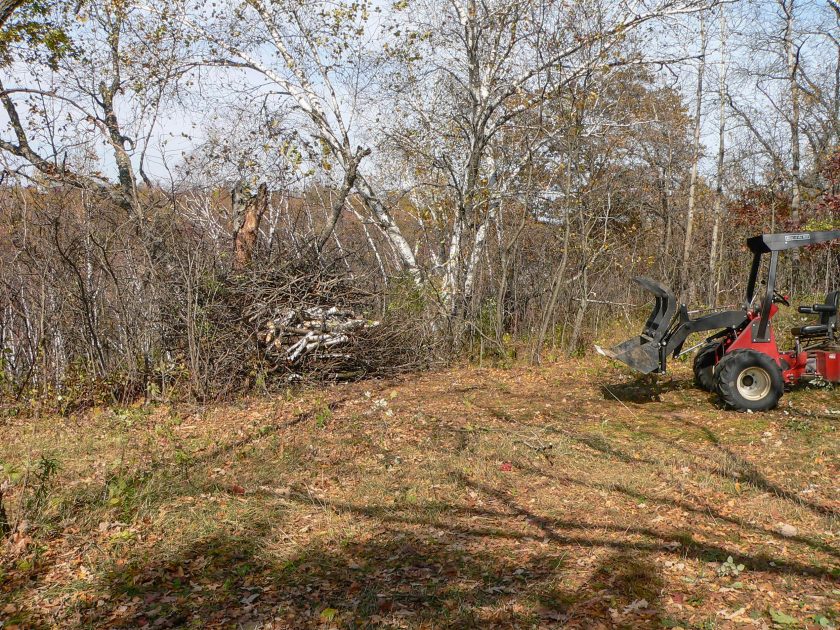 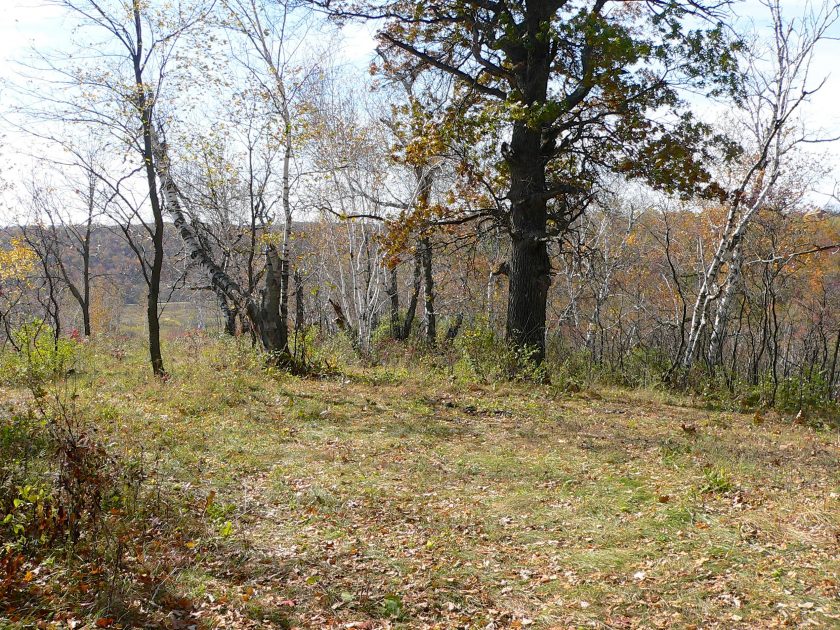 10/14/2006  We made it through to the prairie opening.  I can’t remember what our plans were for the birch logs, but we ended up making a pile of them near the path.  It stayed there for several years. 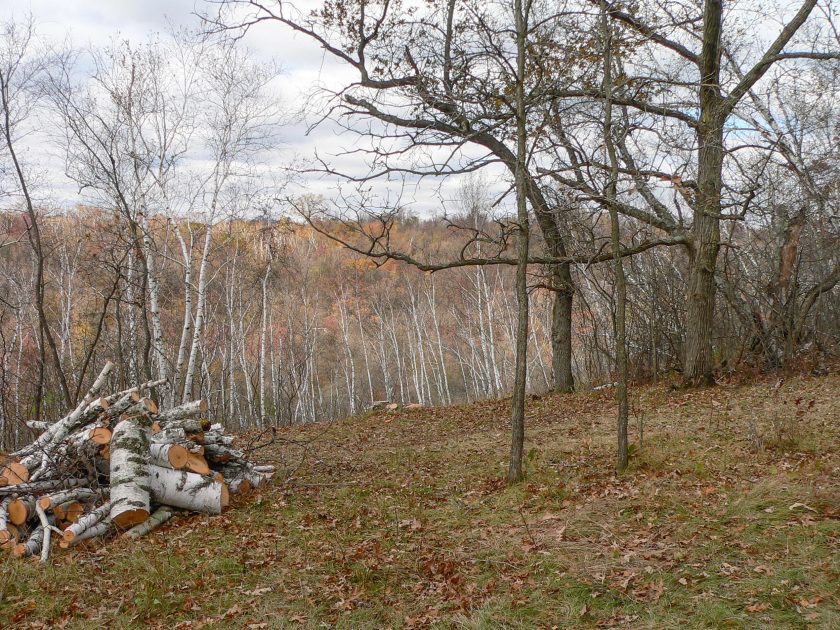 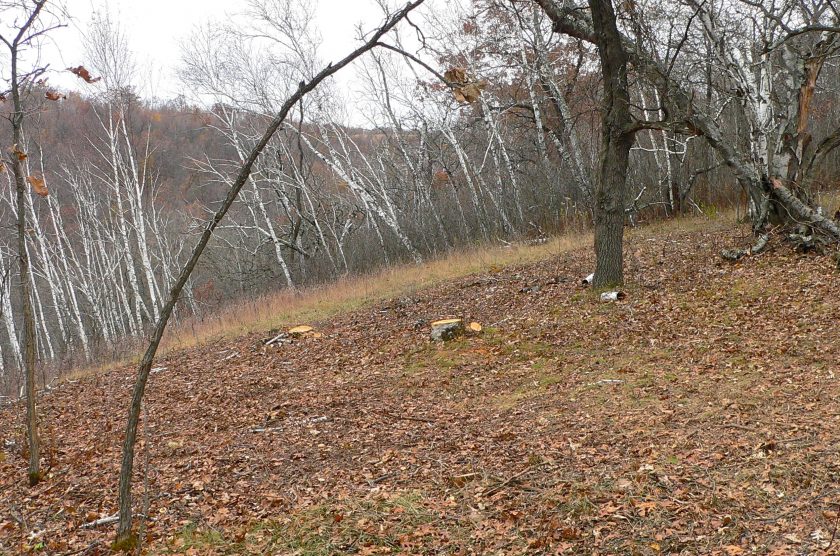 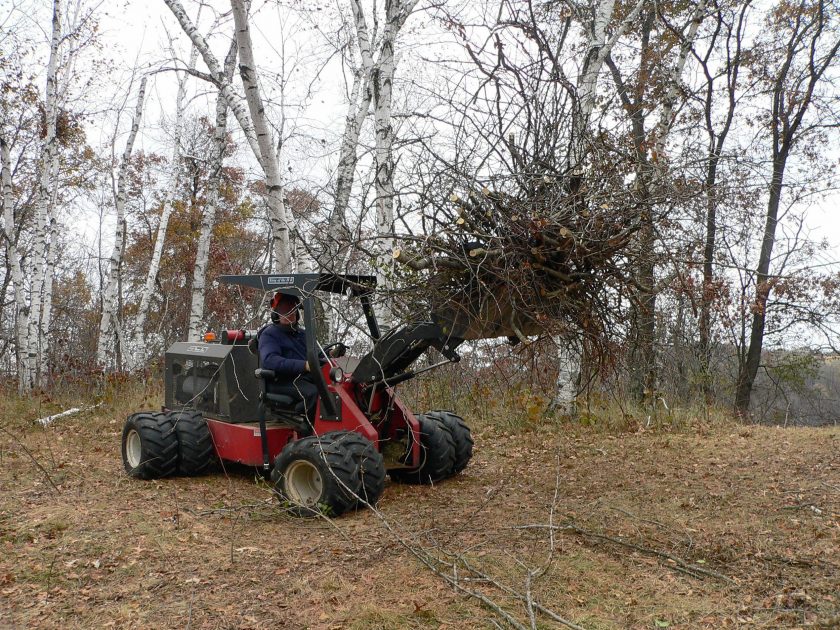 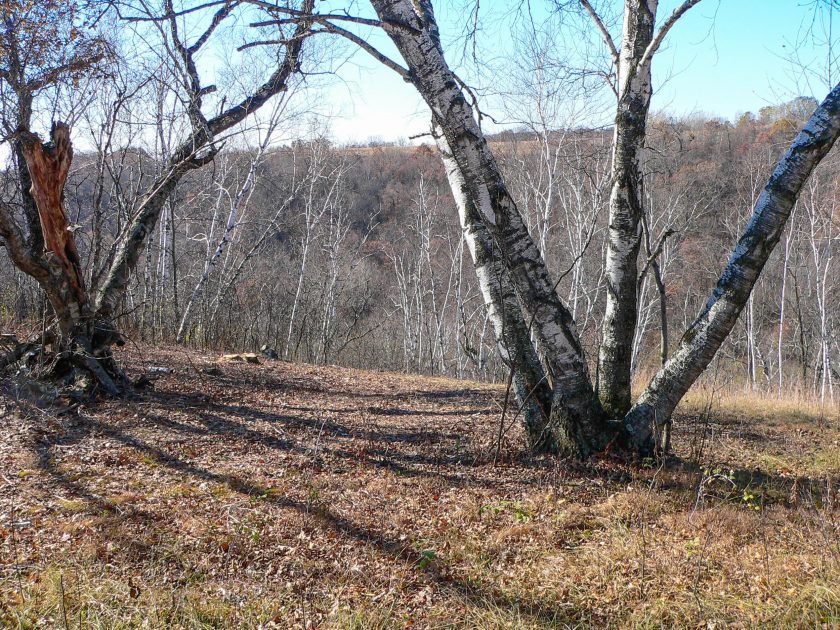 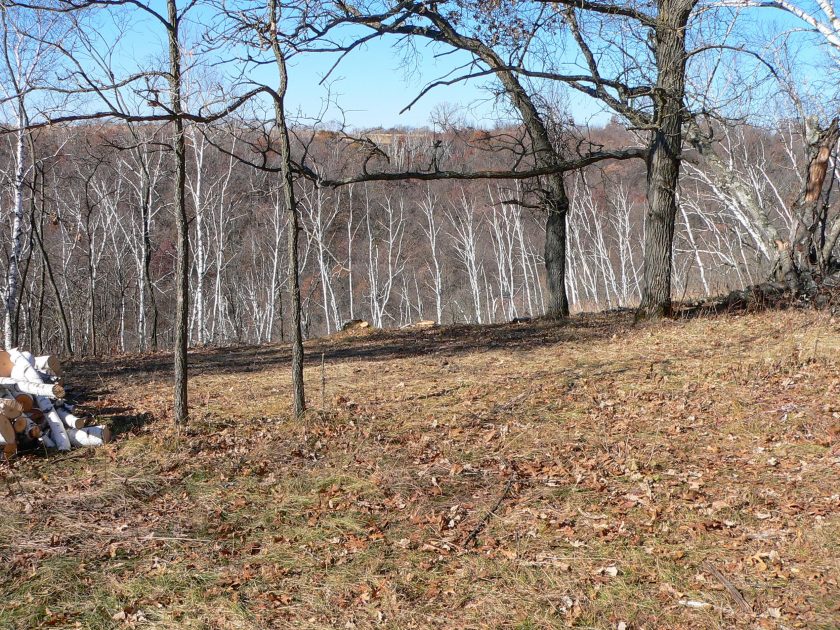 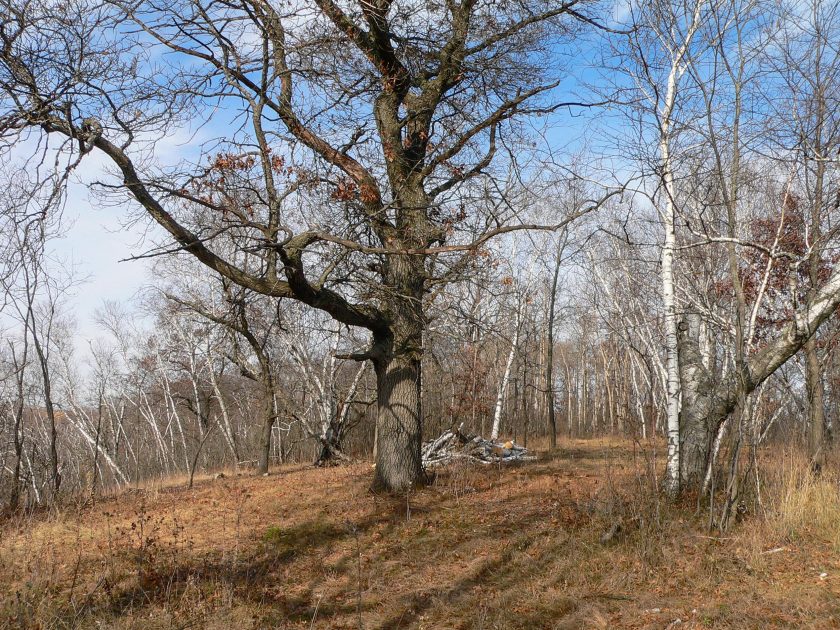