The only part of Western Prairie I worked on this year was to clear Common Burdock out of the edge along the trees at the south end.  I’m trying to get rid of burdock along that edge of the prairie, and in the savanna area between the planted prairie and Big View Prairie.  This is the second year I’ve worked there, so I’m hoping there will be less burdock next year. 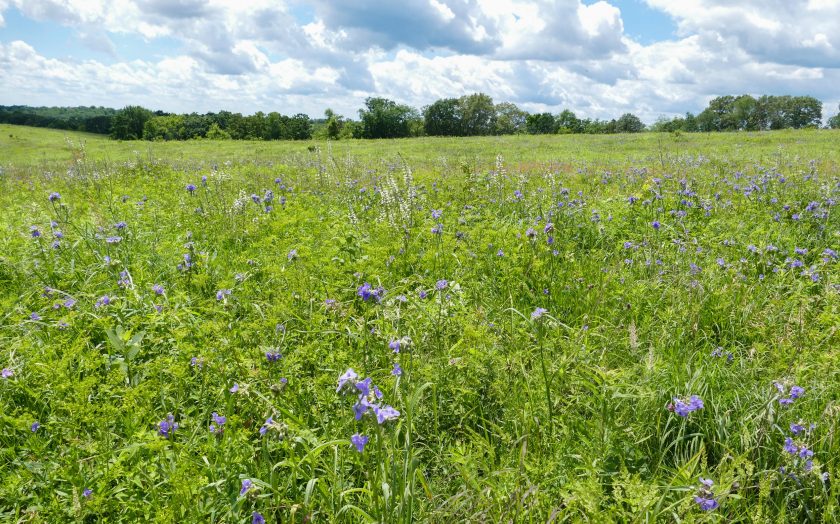 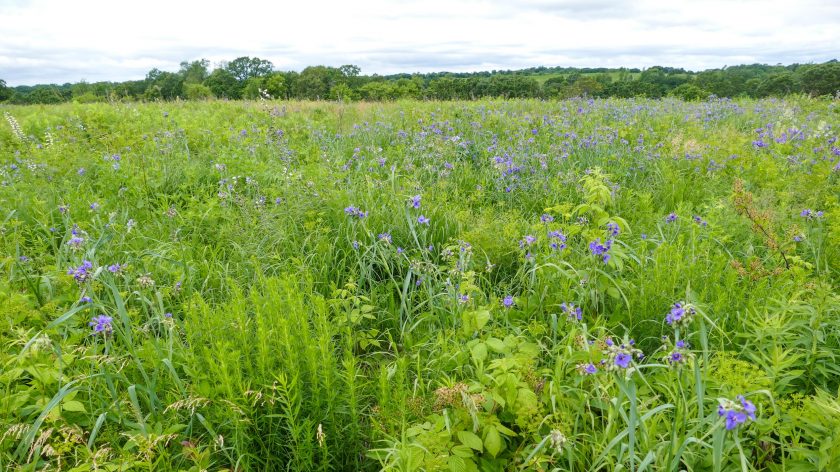 8/10/2017  Buffalo Ridge Prairie to the left of the path, Western Prairie on the right 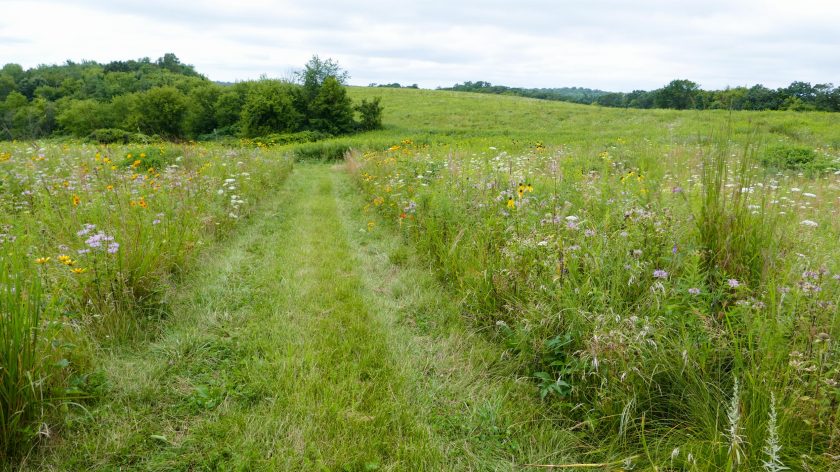 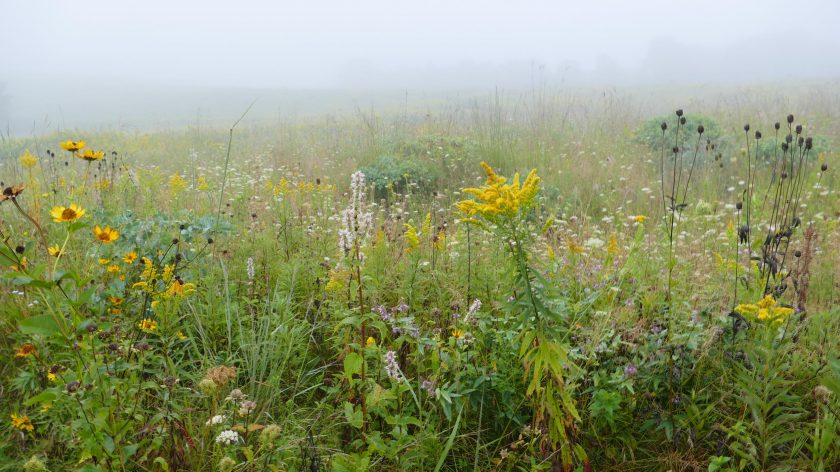 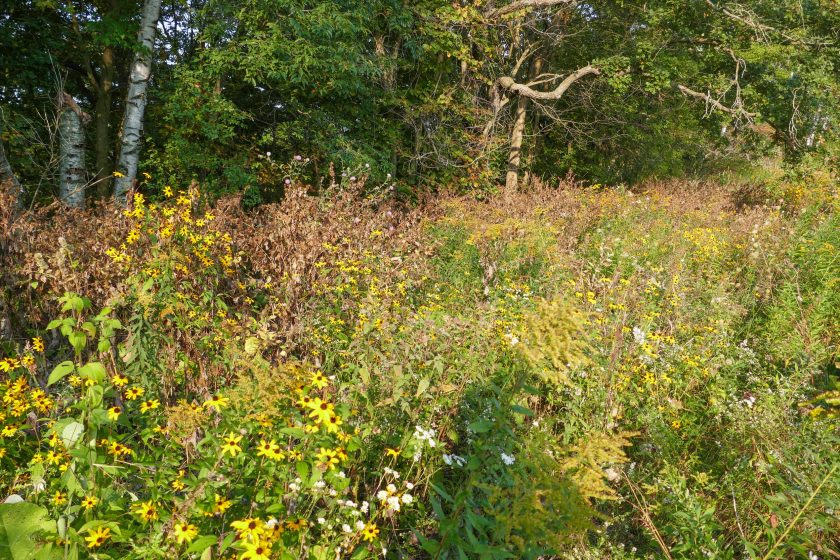 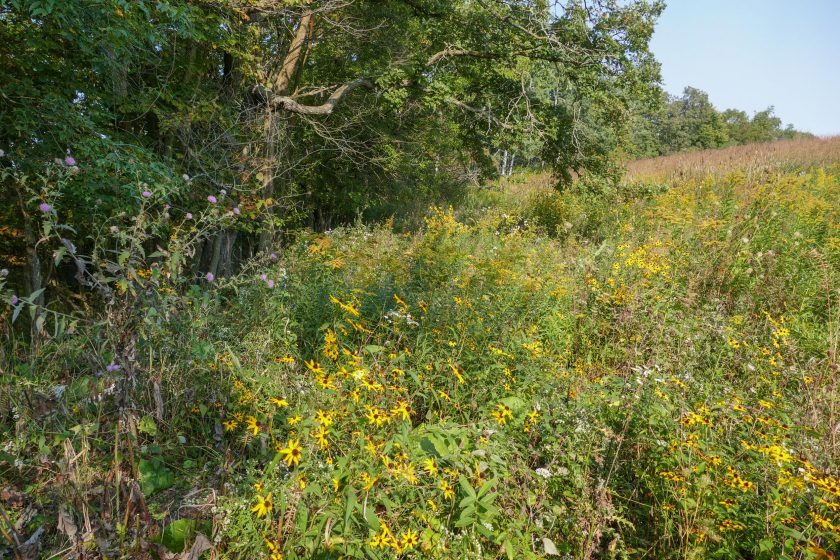 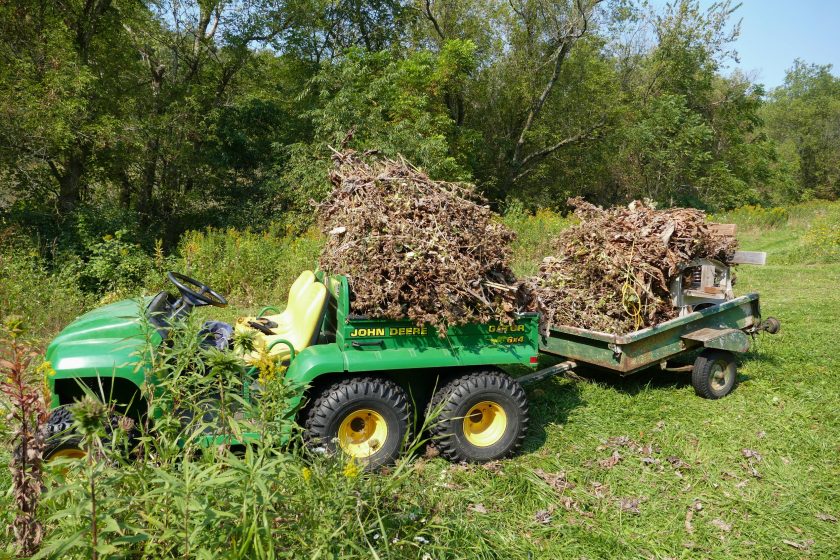 9/12/2017  This is the overgrown savanna between Western Prairie and Big View Prairie – still full of burdock. 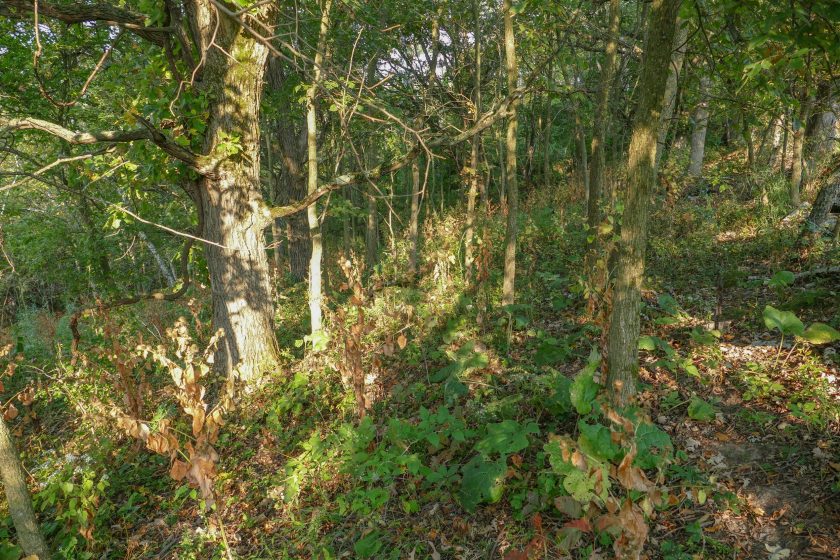 9/13/2017   The woods, without burdock.  I’m hoping to get the small trees cut and removed so this woods will go back to being a savanna. 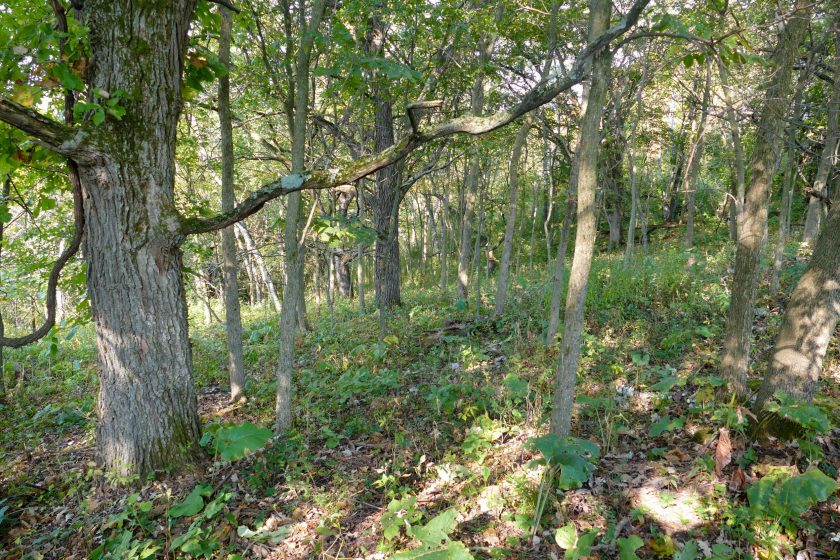 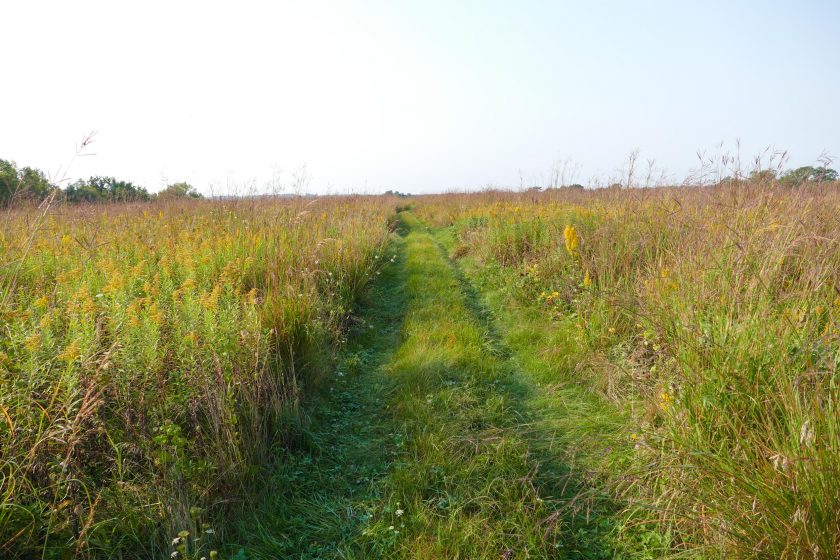