We didn’t do anything special to this prairie this year except one part of Goldenrod Valley, and one hillside near the house.

We hired some folks to clear the east-facing Hidden Oaks Hillside, and then Mike and I cleared out the cut slash, and piled it in a giant brush pile at the bottom.  The prairie between the hill and the pile was driven over, and logs and brush were rolled and dragged over it.   When we were finished, all the prairie plants had been completely flattened, but they didn’t seem to have any trouble recovering over the summer.

Just north of the house, and below the east-facing Indian Grass Point hillside, is a formerly cropped field that was abandoned years ago.  It was a mix of ‘old field vegetation’ – Smooth Brome, Canada Goldenrod, Reed Canary Grass, and Japanese Honeysuckle.  Mike mowed it in the fall of 2016, and I threw some of my extra seed there in early 2017.  We had it sprayed with glyphosate in the fall of 2017, and got it ready to plant.

5/12/2017  This is the wooded valley at the top end of the middle finger.  I treat and pull Garlic Mustard here every spring.  I think I’m winning the battle, but I still find more patches every year. 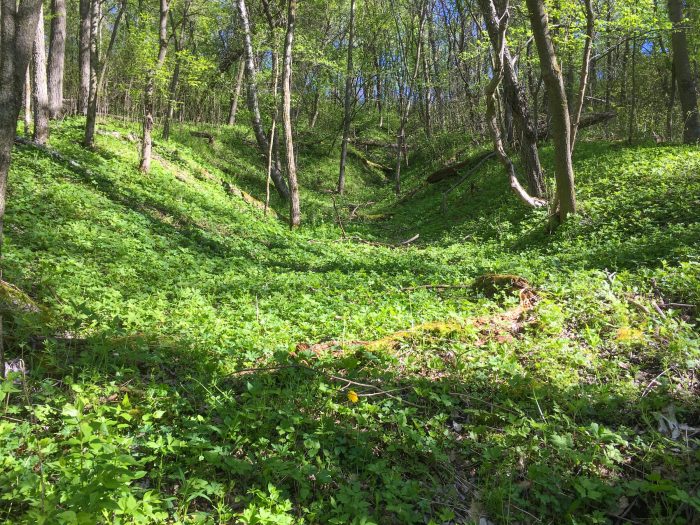 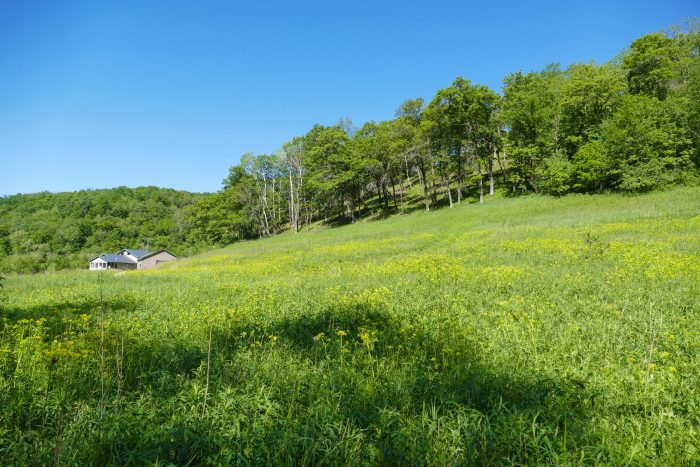 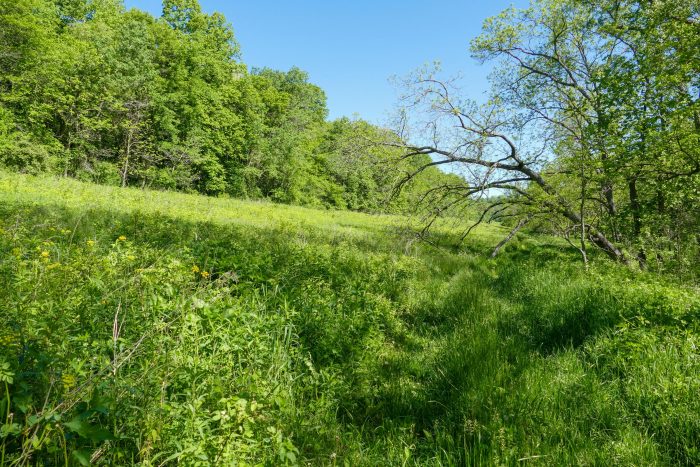 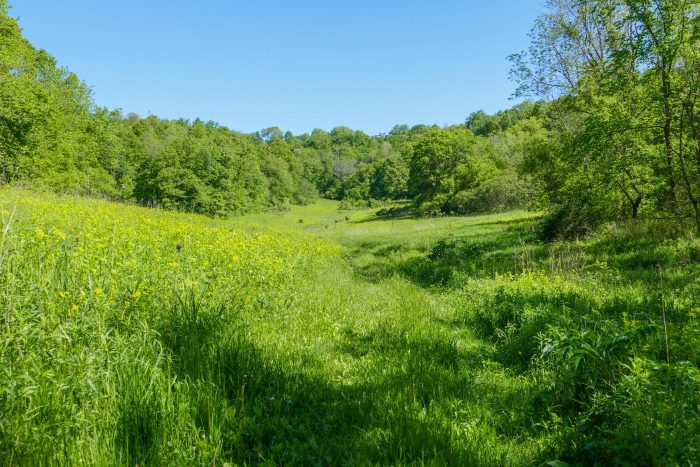 6/1/2017  This is an intermittent stream bed that runs along the eastern edge of 3 Finger Valley.  Water runs there when there’s a lot of snow melting, or after a very big rainstorm.  Most of the time it’s a wet valley with plants that like shady wet places – mostly ferns and Virginia Waterleaf. 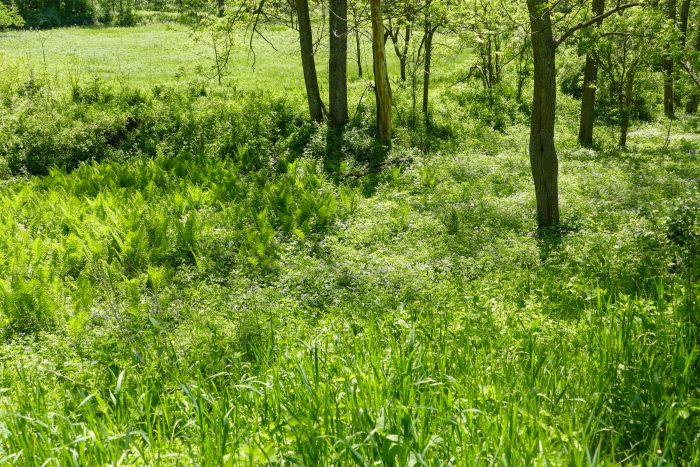 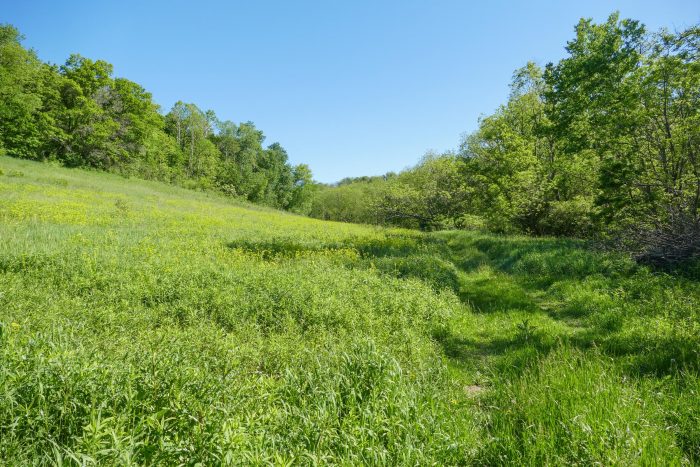 7/14/2017  This is the sandy area at the intersection of the 3 fingers.  This is still the nicest part of this prairie – more diverse – less dominated by Canada Goldenrod than the rest. 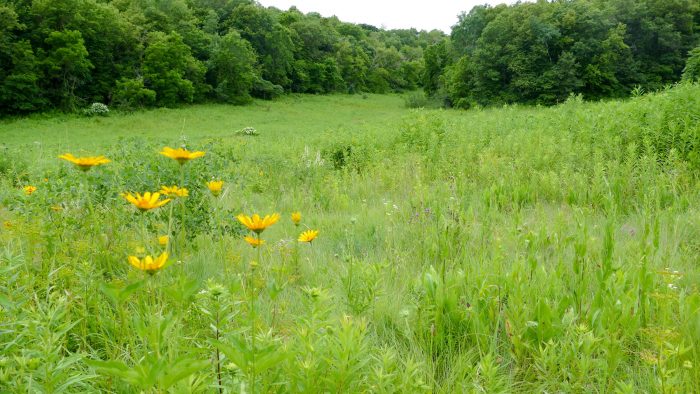 7/14/2017  Narrowest part of the valley – with the wettest area on the right.  This used to be the area where meltwater streams would run every spring.  Now they only run if we have a huge rainstorm.  The tall plants are Angelica (Angelica atropurpurea) 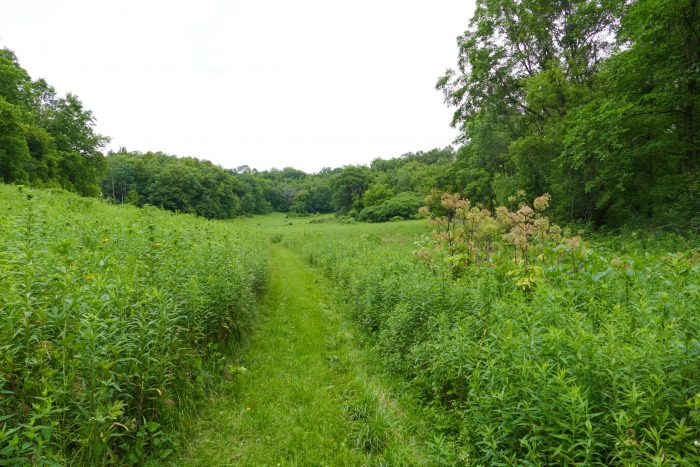 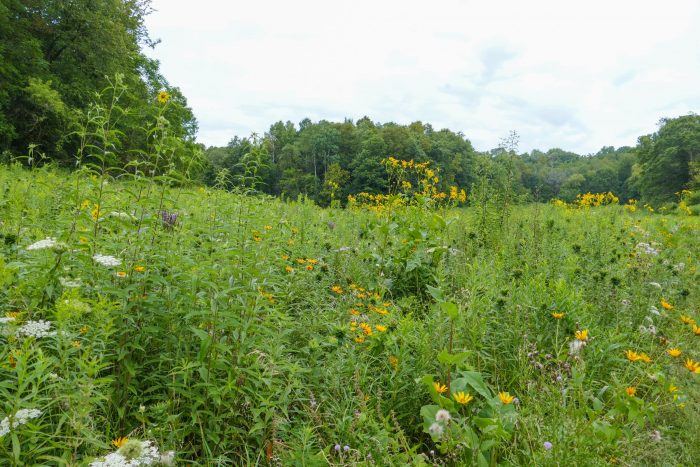 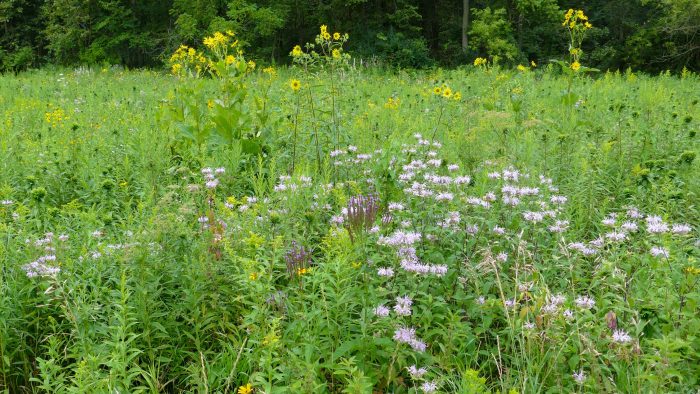 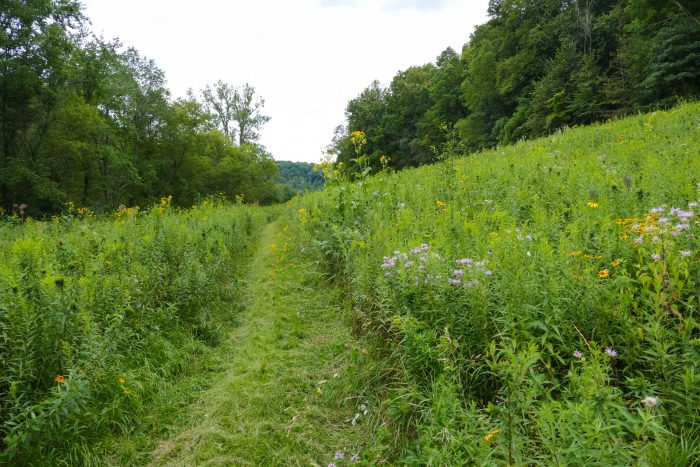 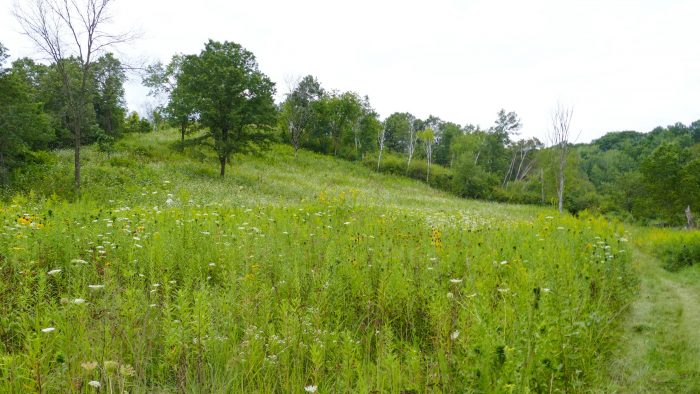 8/16/2017  This is a grove of Black Walnuts, that I think may have been planted, along the east edge of the narrowest part of this prairie.  The plants under them used to be almost exclusively Giant Ragweed.  We’ve mowed a few times, and planted seeds, and now it’s a mix of Green Headed Coneflower, Monarda, Brown-eyed Susan, American Bellflower and (still) some Giant Ragweed. 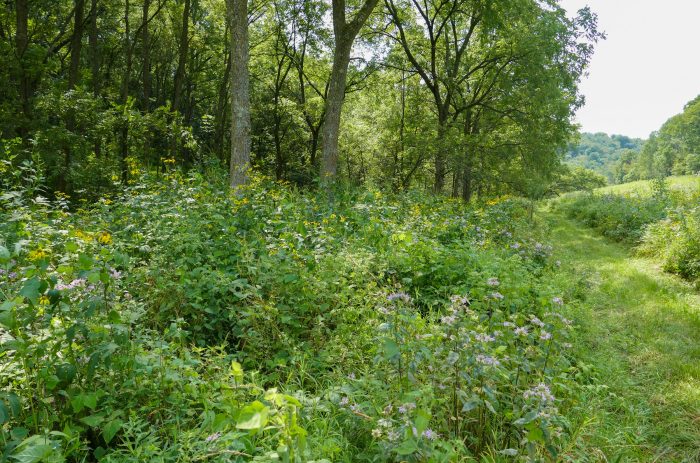 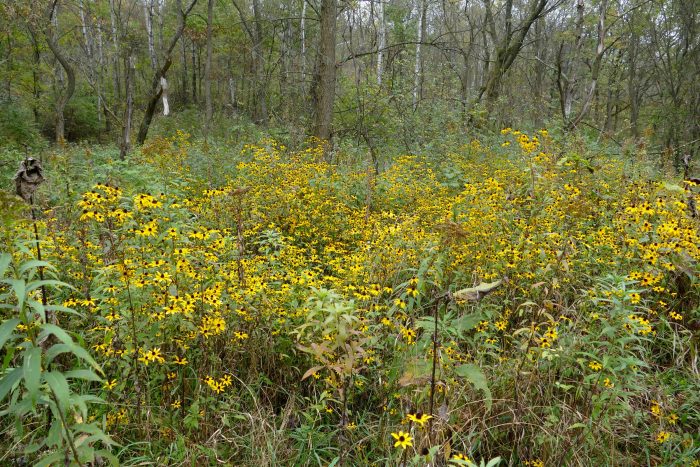 11/23/2017  This is an old quarry on the hill above the prairie.  We don’t know anything about it, but we suspect rocks from here were used to build some of the first houses on the land. 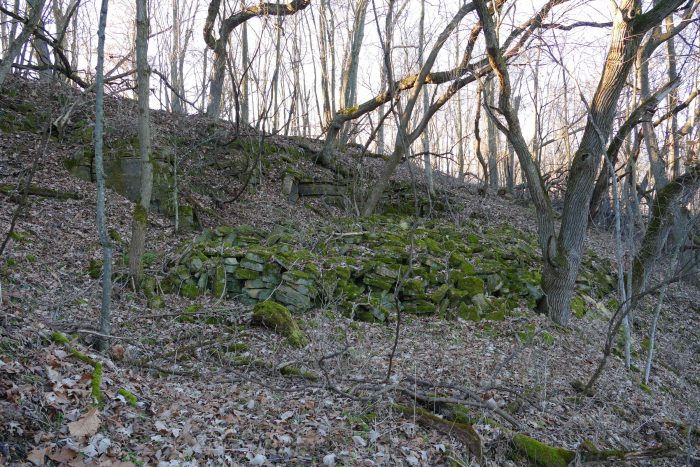