We had a hit at the moth-party this year — live projection of the pictures Marcie was taking.  Our guests really liked being able to see giant pictures of the moths that were being seen and photographed at the sheet.  This is the recipe we used if you’d like to try it yourself.

Setting up the camera-to-laptop connection the first time:

Do a trial run

I did a couple of trial runs before the main event.  The first one was just Marcie and me, the second was a party of close bug-friends who wouldn’t be cranky if the whole thing fell apart. 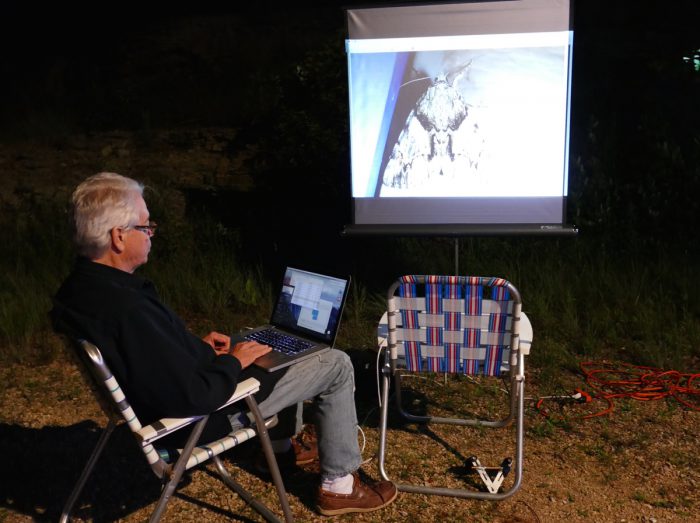