We did our first – tiny – burn on this prairie one of the first years we owned the farm.  It was a snowy winter day, but when we walked up on this south-facing hill there were patches of bare ground.  We had a lighter with us – we’d been waiting to try this – so we lit the fire and watched it burn.  It was only a very small area – probably 2 yards in diameter – but it was fun and gave us a chance to see what burning felt like.

The prairie is quite small, on a south-east facing shoulder of a hill.  In the center – the most open area – there are prairie grasses and dry prairie forbs, with scattered birches and sumac.  Closer to the edges the trees and shrubs get thicker and the prairie plants taper off in the deeper shade.  To the south, on the steepest part of the slope, is a thick stand of Black Walnut trees.

For years after the burn we almost never visited this prairie because it was surrounded by such thick brush.  In 2008 I decided that I should really make a path to it and give it a name – that makes it much easier to keep track of.   Now we now visit much more often.

It’s on the point of land we call Indian Grass Point, but separated from the prairie point by thick woods.  In 2013 we started clearing the woods along the spine of the point.  In the fall of 2014, we reached the upper edge of this opening.  So now it’s part of the larger prairie – which includes several openings  connected by areas of recovering savanna.  From now on, I’ll include its updates as part of the story of Indian Grass Point. 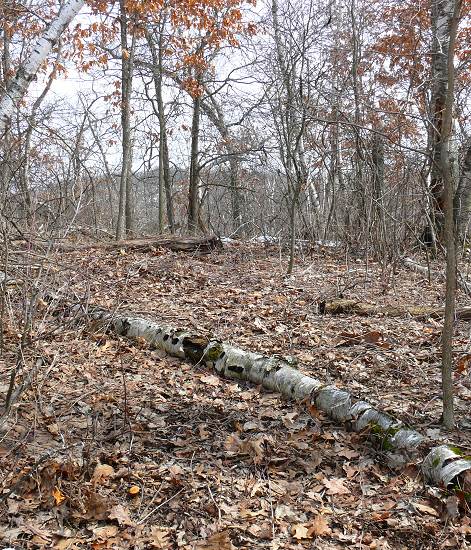 This is the center of the prairie – with prairie plants and sumac. 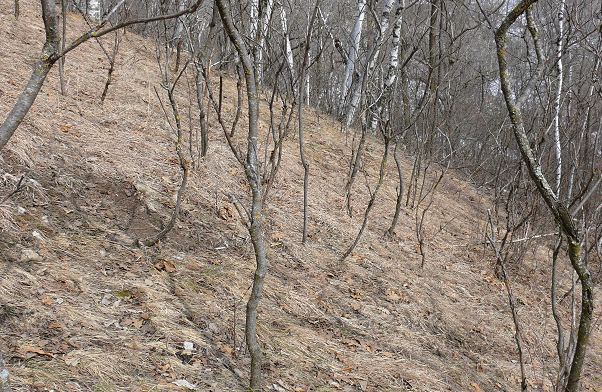 Another view – looking up to the top of the opening. 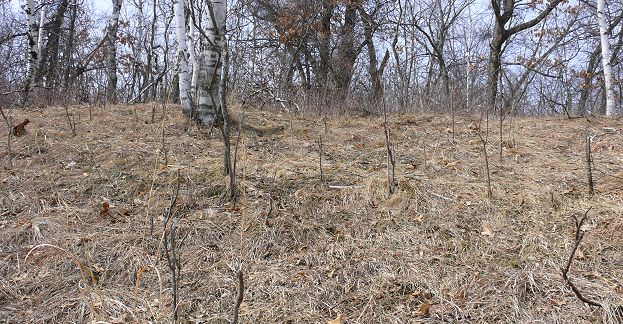 I girdled most of the birches in the center of the prairie, and in the fall of 2008, started cutting away some of the brush.

These photos are from September of 2008 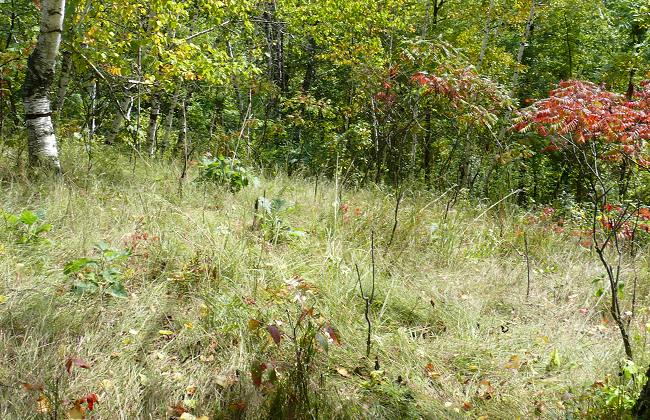 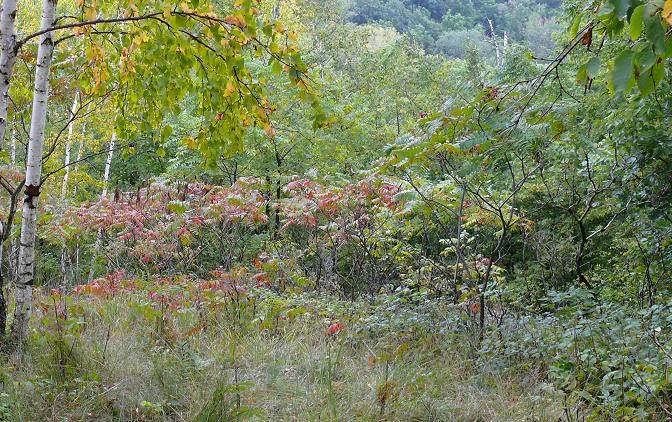 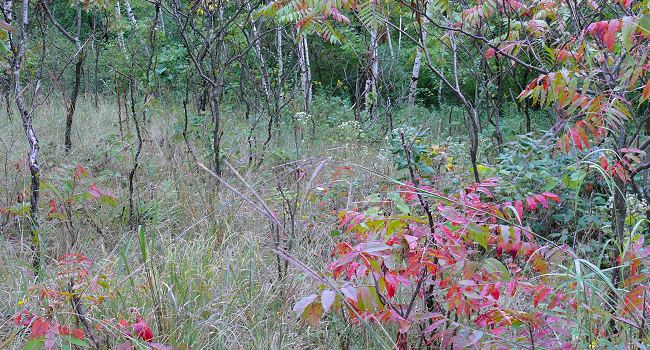 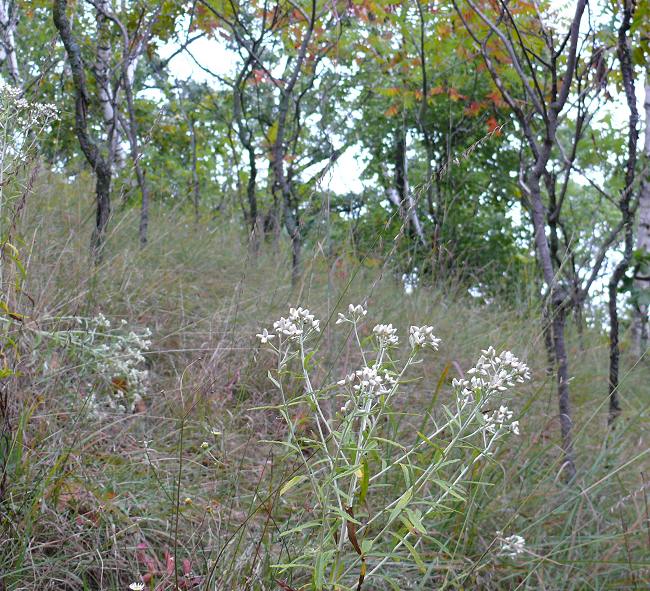