The Fen Orchid, or Green Twayblade isn’t common here at all.  I found a few plants that had gone to seed on the hill behind the old burned-out farmhouse.   I collected the seeds and scattered them in the wet end of East Center Valley, which we had just planted into prairie.  A few years later, I found them blooming.  The ones behind the farmhouse bloomed for another few years and then disappeared.

They bloom in early summer. 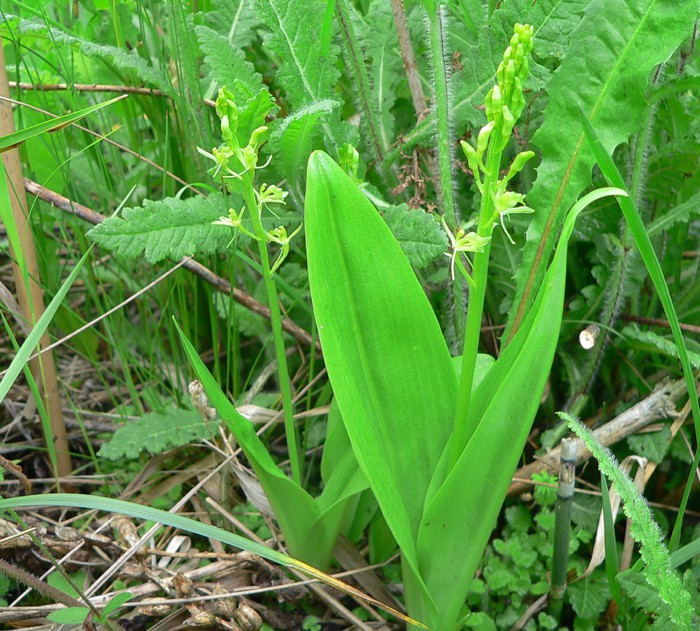 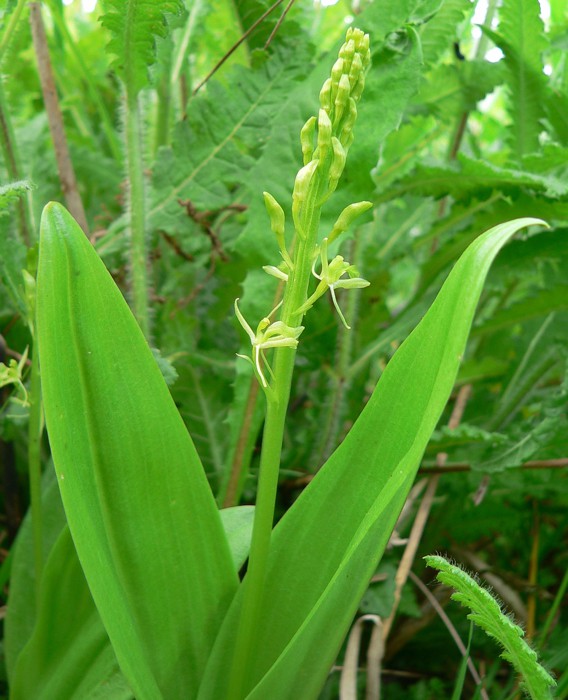 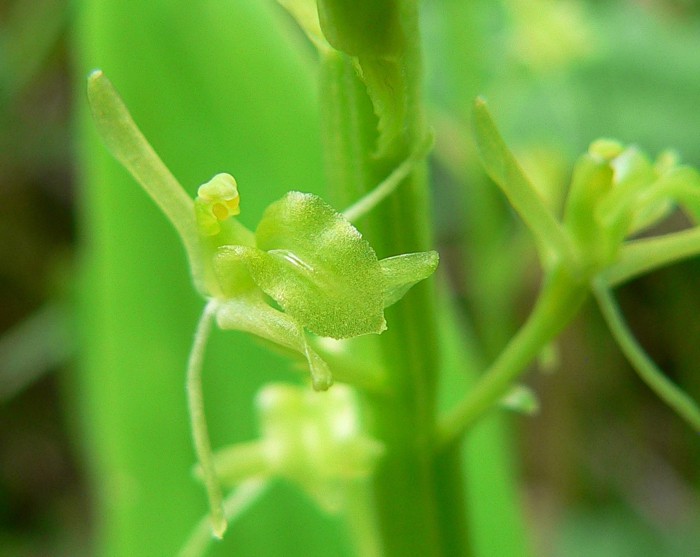 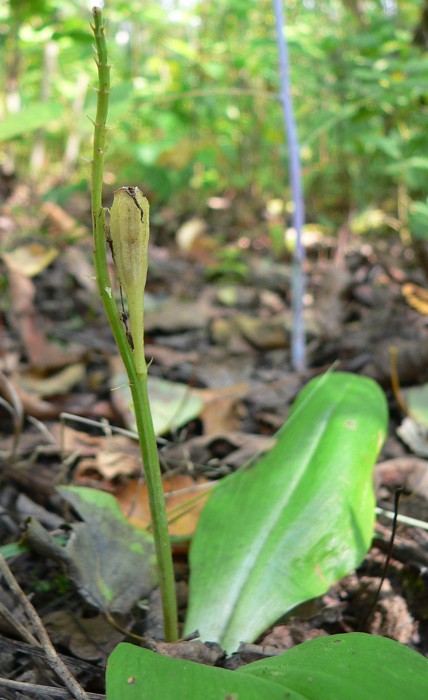