We see badgers infrequently on our trail cameras, and once I found two cubs near their hole on the point behind the house.  Here are all the good photos we’ve gotten.  (Click on a photo to see a larger version.)

These first 3 photos were at a hole we discovered on what we later named Badger Point.  In June of 2008 we borrowed a trail camera from a friend to see if we could figure out what kind of animal was using the hole, and got these photos. 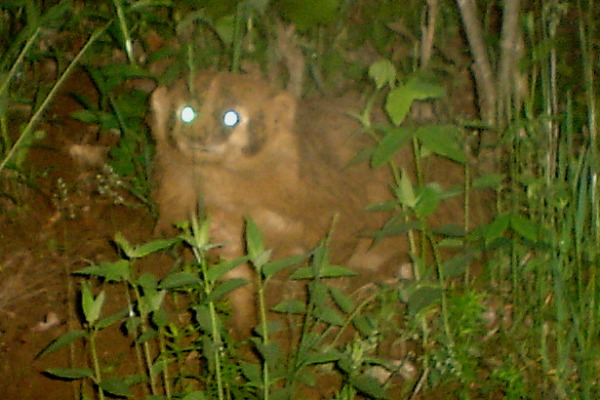 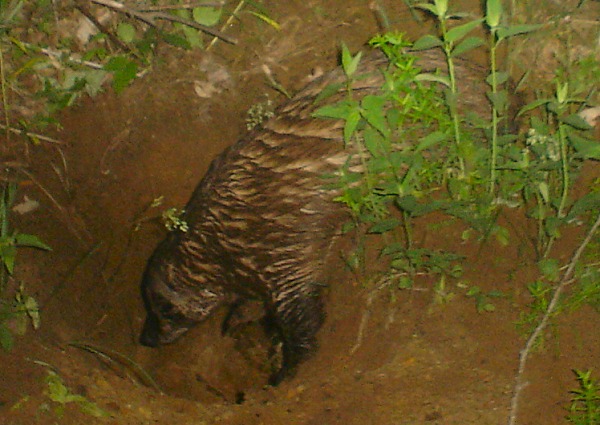 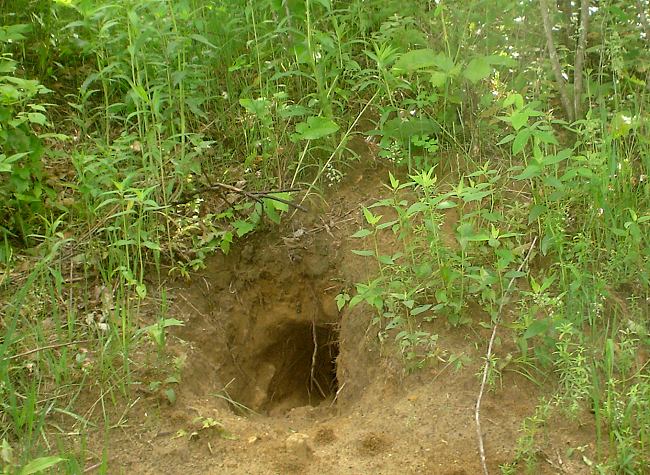 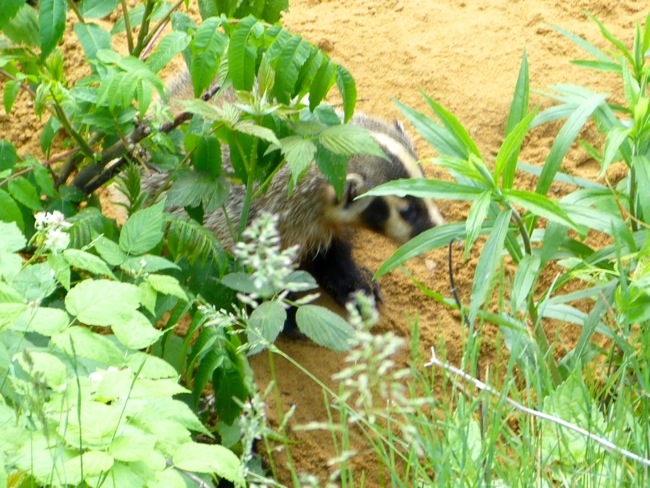 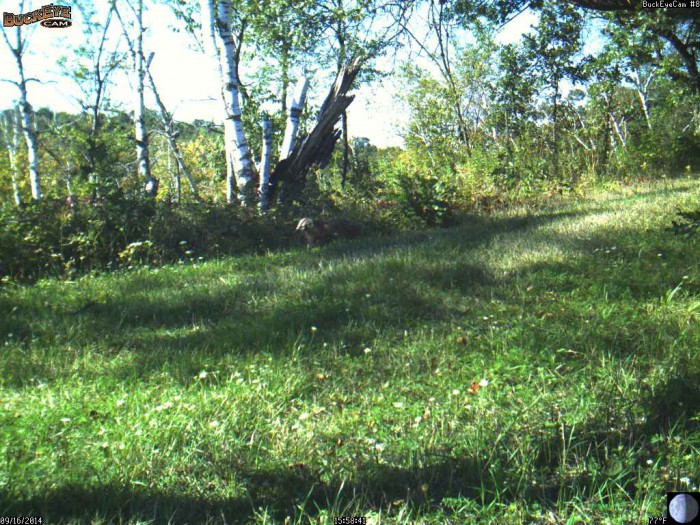 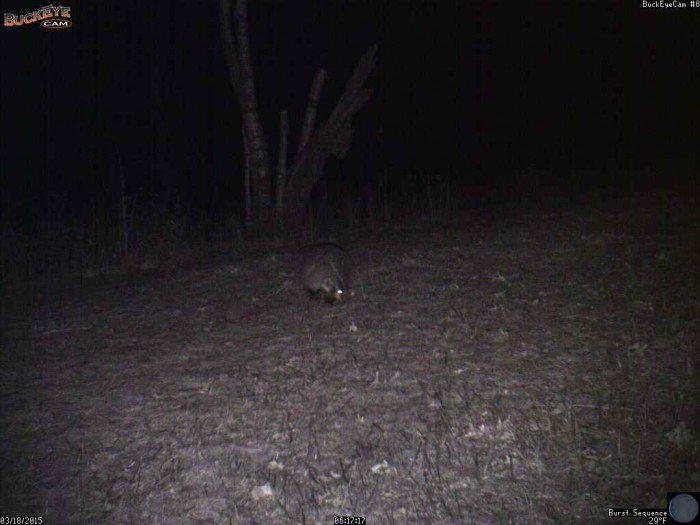 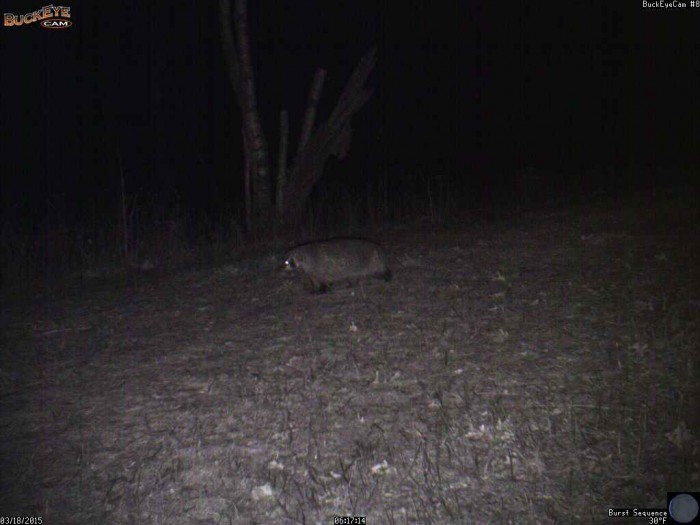 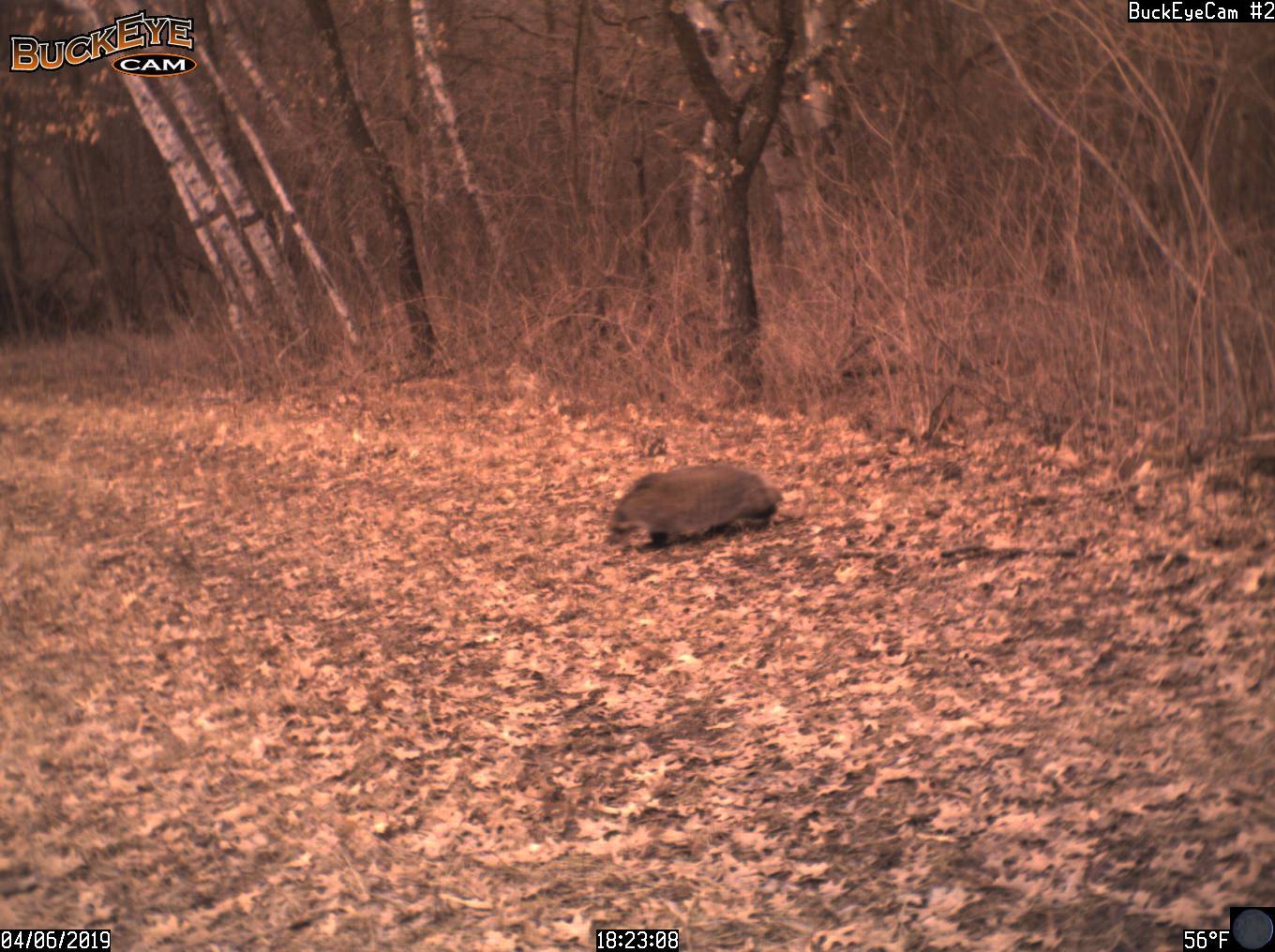