We held our annual Moth Party last week – on July 18, 2015.  The party was to celebrate National Moth Week – a time to observe and learn about moths and other nighttime wildlife.   We had a wonderful time – lots of nice folks, great conversations, and interesting moths.

We did hikes around our prairies, had a big potluck dinner, and once it got dark, saw lots of moths.

Here are some of the hikers – Ethan, Laen, Marcie, Joe, Liz – in the bright afternoon sun. 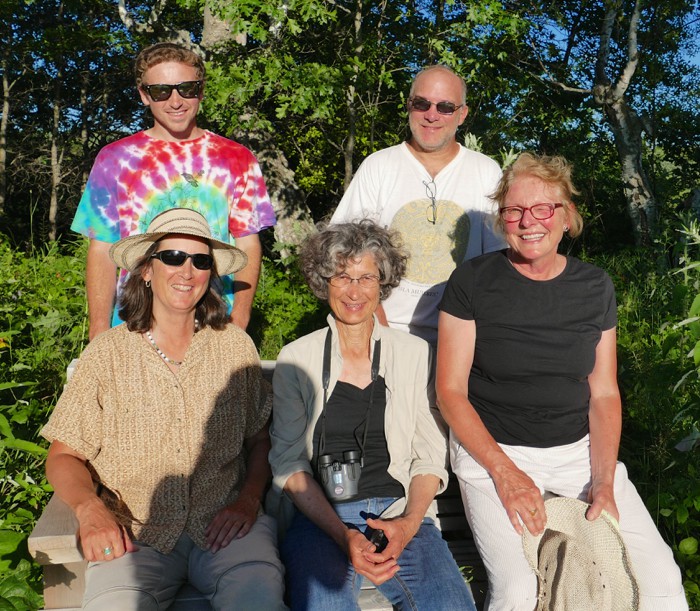 And the social scene 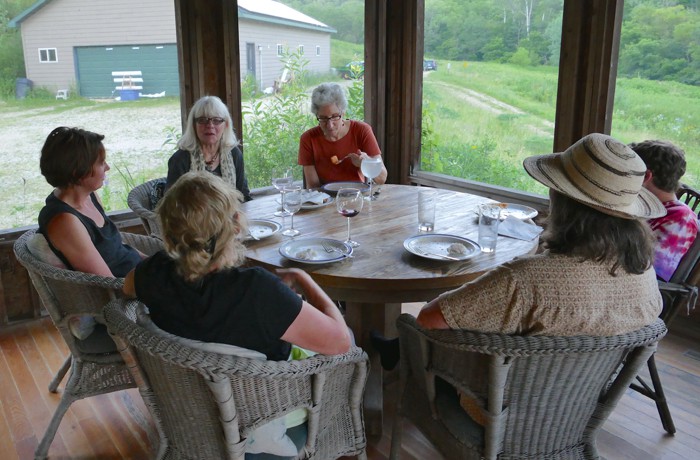 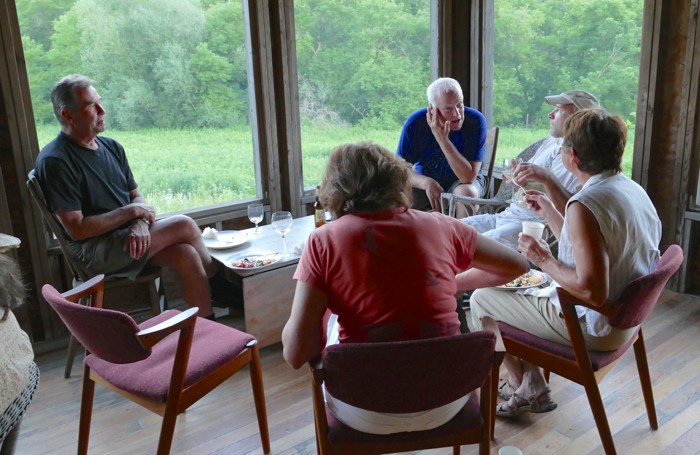 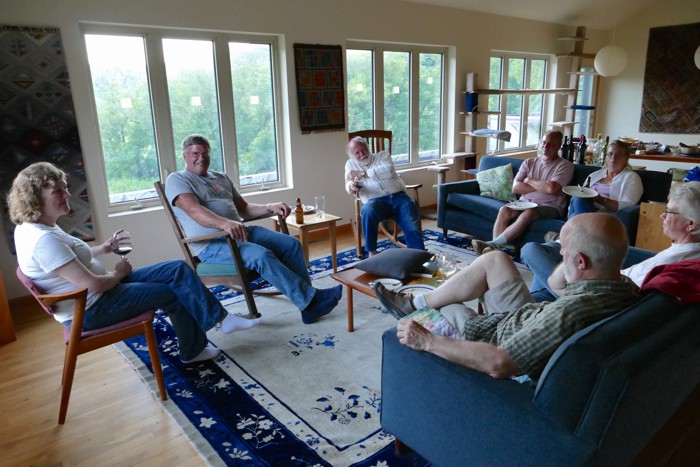 We saw several other creatures at the lights, in addition to the moths.

This is a Sexton Beetle.   It has mites that ride on its back – the small red bumps near the top of its wings.   The beetles eat carrion, and the mites eat fly larvae that are on the carrion. 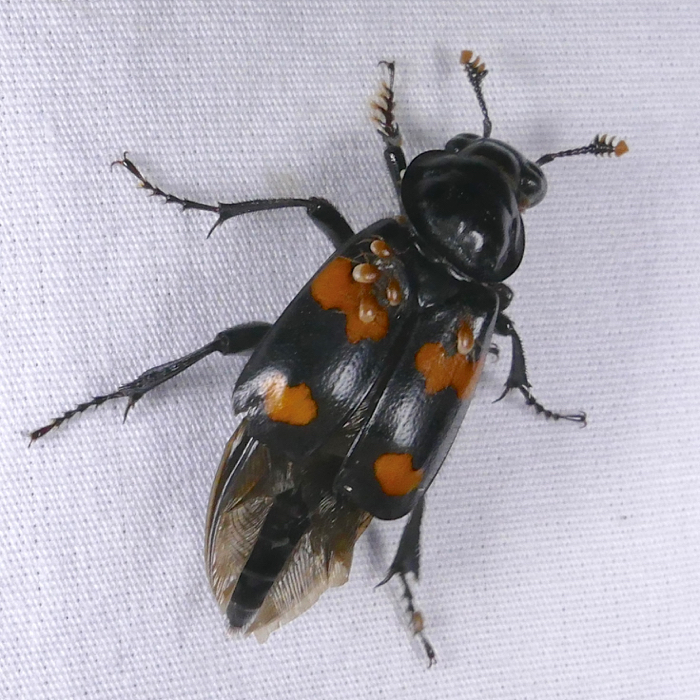 Sexton Beetle with its wings spread 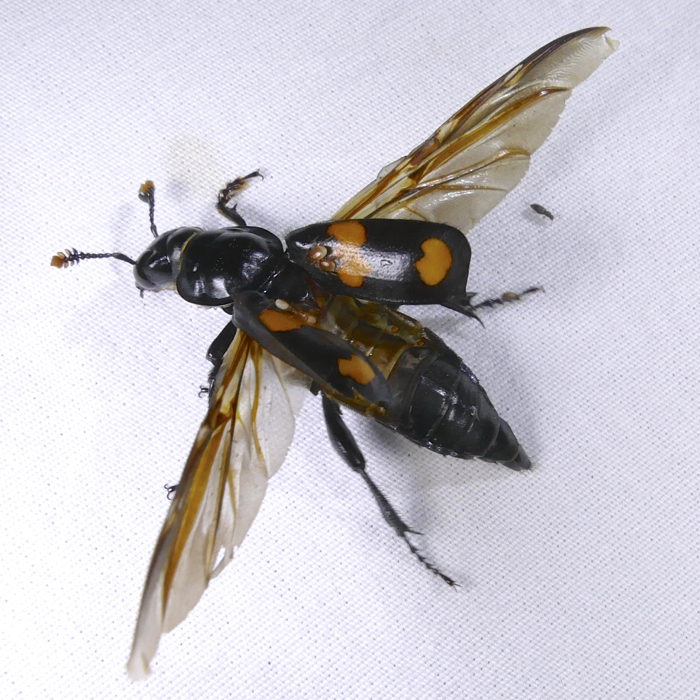 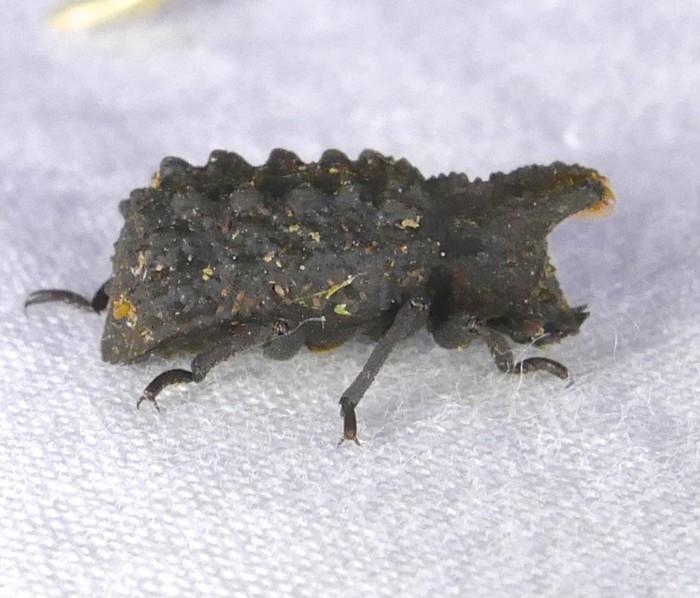 This is the one moth that I couldn’t identify.  I think it may be an Underwing Moth, possibly Catocala amica – The Girlfriend Underwing, but I didn’t look at the hind wings, and the upper wing patterning is unusual.   So this one will probably have to stay unidentified. 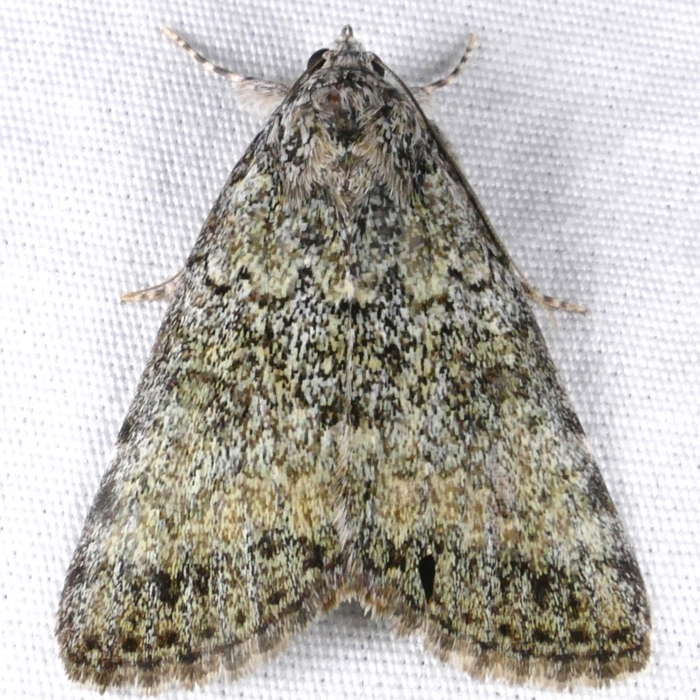 We added one new species to my farm list. This is Stegea eripalis – it doesn’t have a common name. 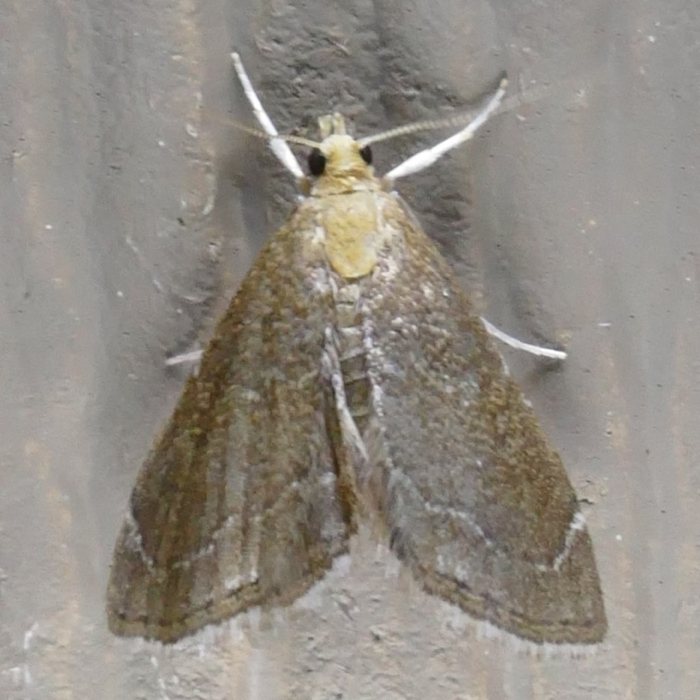 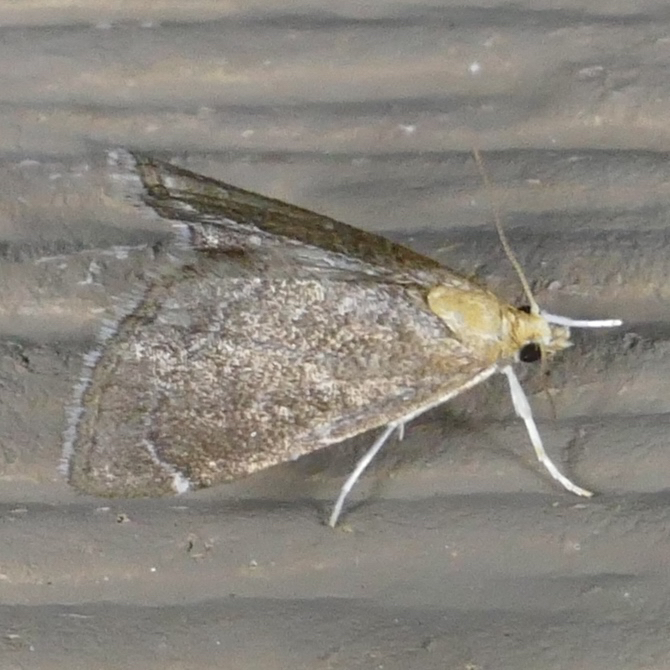 Here are all the moths we saw.  I’ve labeled them with common names, but if you click on a photo to see the larger image, the scientific name is in the URL.

The moths with crisp markings and smooth edges on their wings are freshly emerged.  As they live longer, the tiny scales that give their wings color get worn off, and sometimes birds or other predators take bites out of their wings.