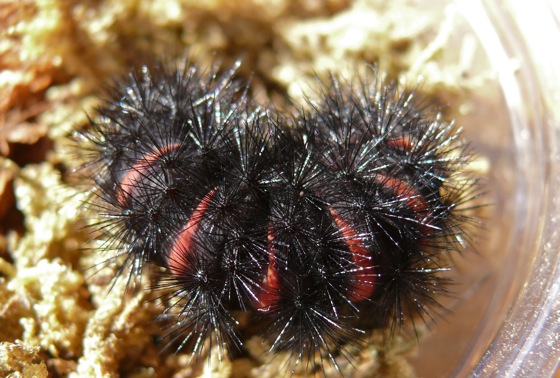 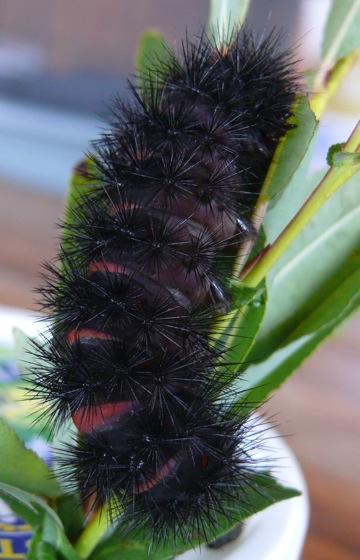 Late in the fall, when it had stopped eating (and all the willow leaves were gone), and the weather was cold, I put the caterpillar in a plastic container with some wood chips.  I put the plastic container in a clay flowerpot, sunk up to its rim in the ground, and covered with a clay saucer with a rock on top to keep animals out.  I left it there for the winter.  When I took the container out at the end of March, 2012, the caterpillar was crawling around inside.  I put it back into a jar, with the wood chips, and a sprig of willow. 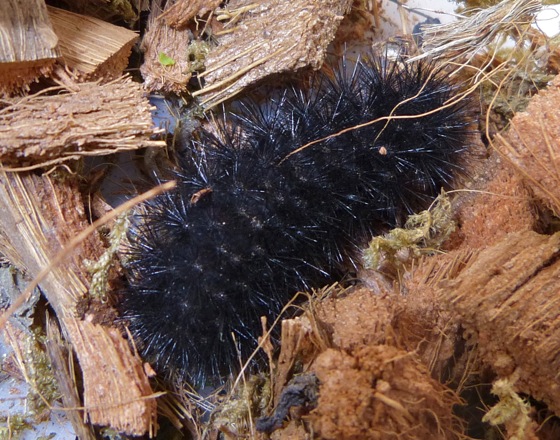 5/3/2012   Willow with feeding damage from the caterpillar 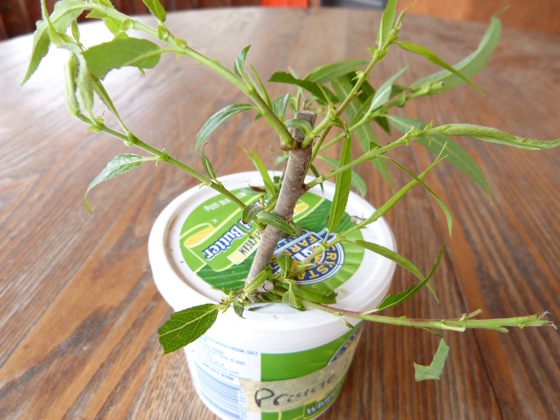 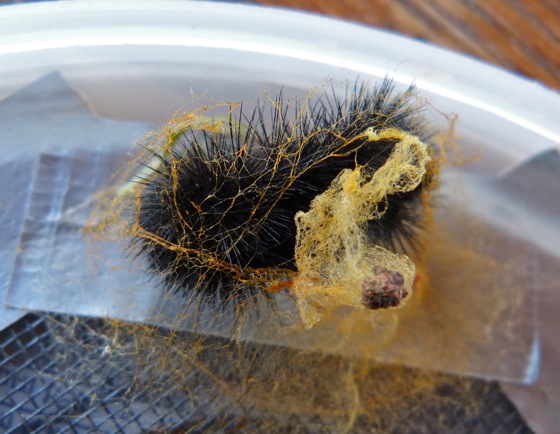 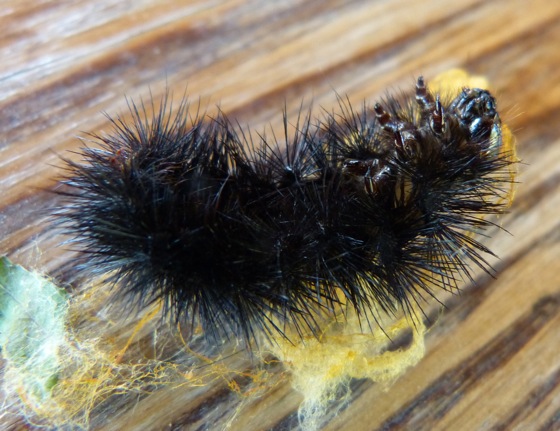 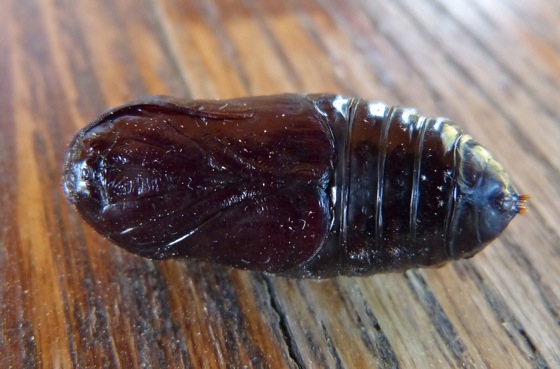 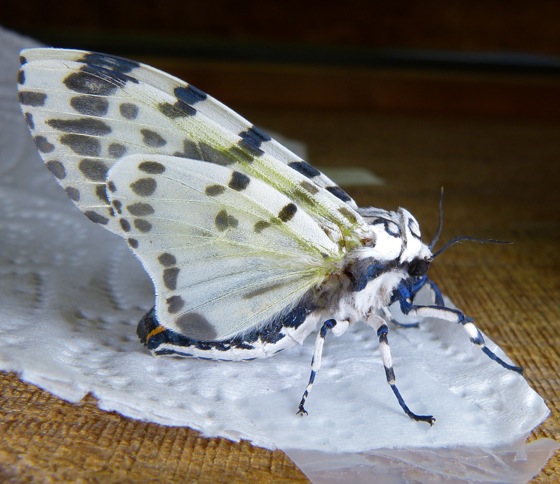 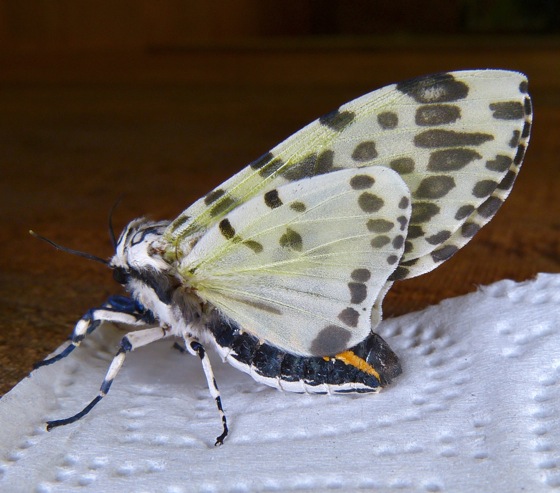 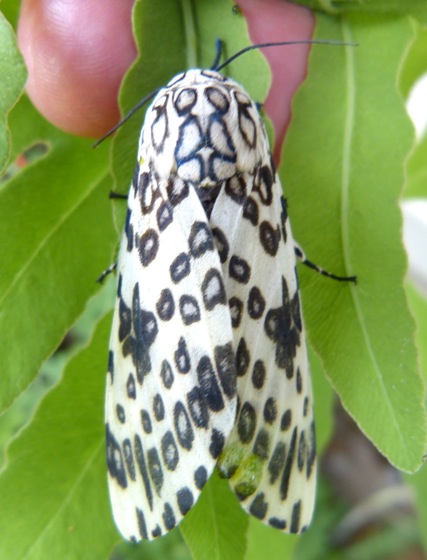