This was an exciting year for Sumac Prairie.  We made several wonderful new discoveries, did more mowing and clearing, and saw the two main prairie areas merge into one. 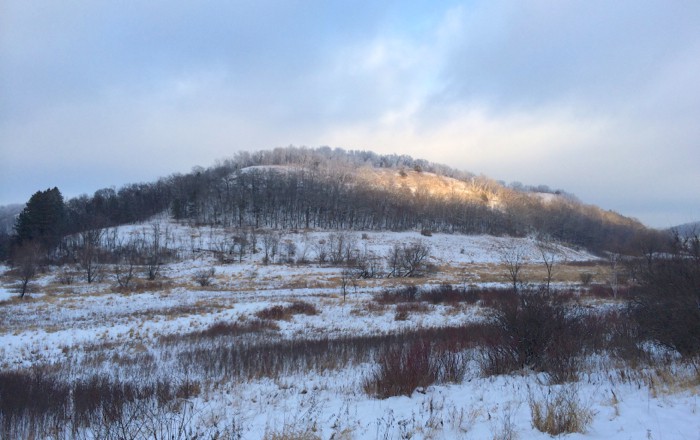 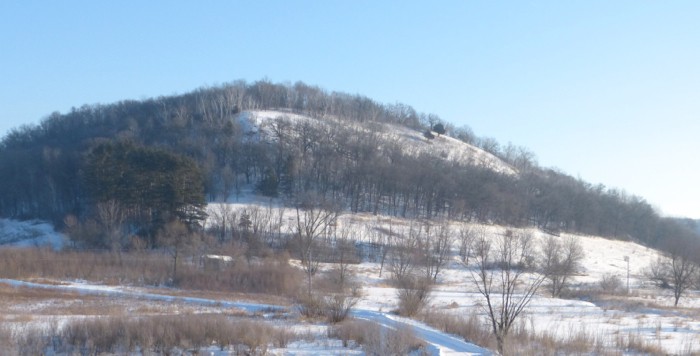 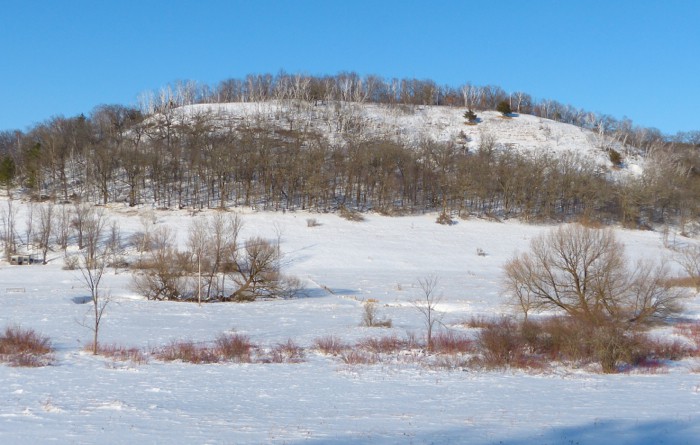 3/23/2014  The prairie areas are really one big area now.  The birches in the middle of the slope are dead – I’ve girdled them all.  The only live trees left are some old Burr Oaks, and a few scattered Eastern Red Cedars.  There’s oak woods below the prairie, and still some unrestored savanna on top. 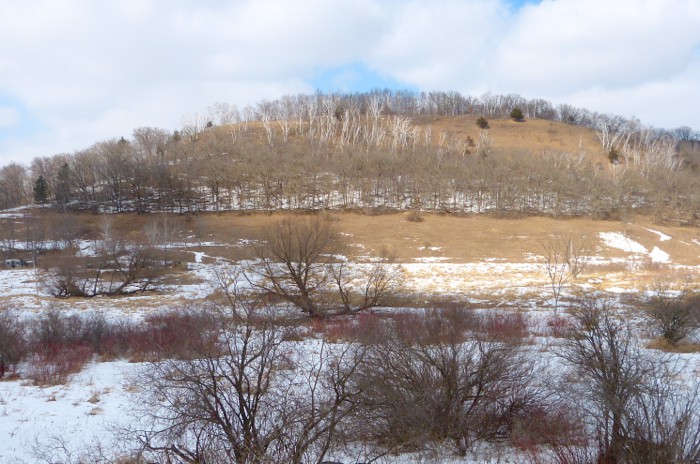 4/18/2014  This slope has the earliest spring flowers.  This one is Sand Cress – sending up a flower stalk, but not quite in bloom yet. 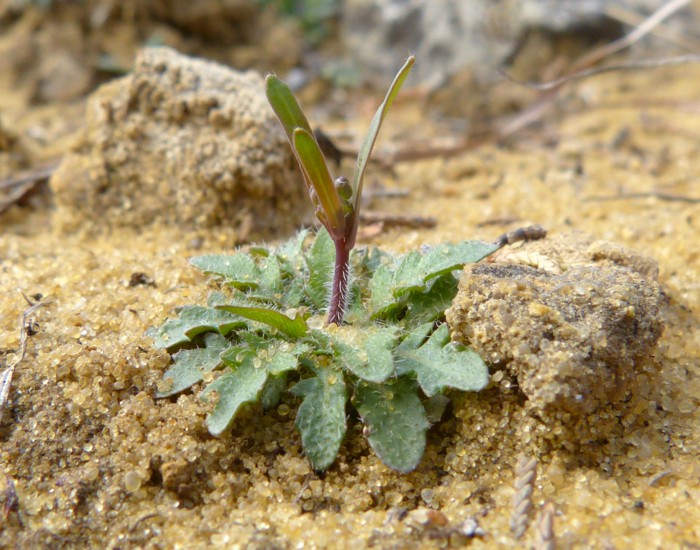 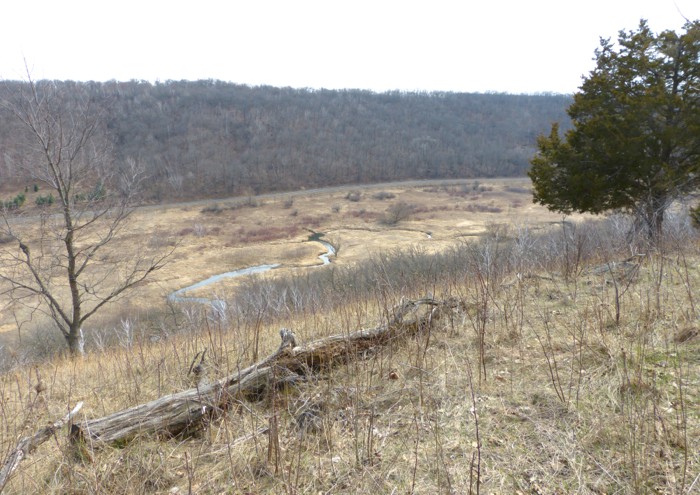 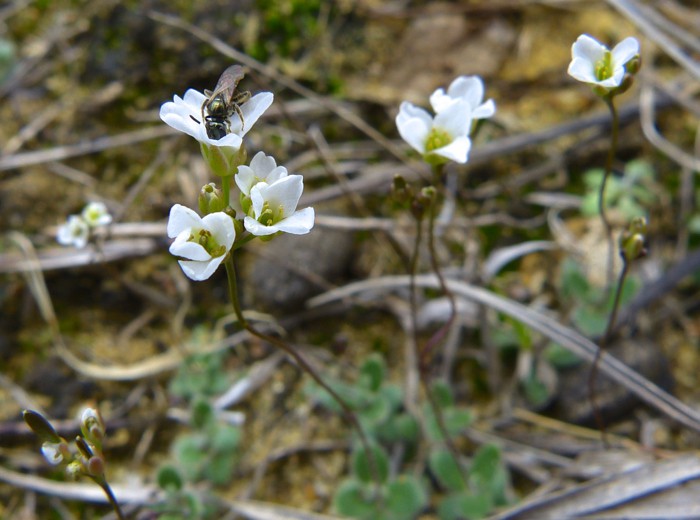 9/9/2014  Mike mowed the large flat top of the bluff – through a lot of saplings of aspen, birch, and prickly ash. 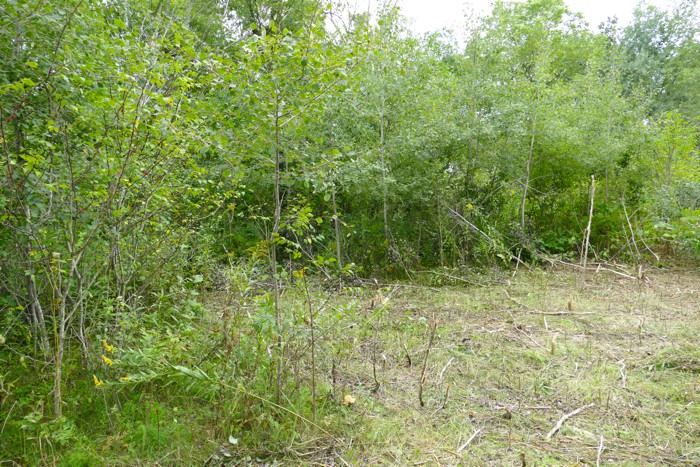 9/9/2014   I think this area must have been heavily grazed, because it doesn’t seem to have many prairie plants.  There are clumps of Wild Plum, a few Hawthorns, and lots of old, gnarled apple trees. 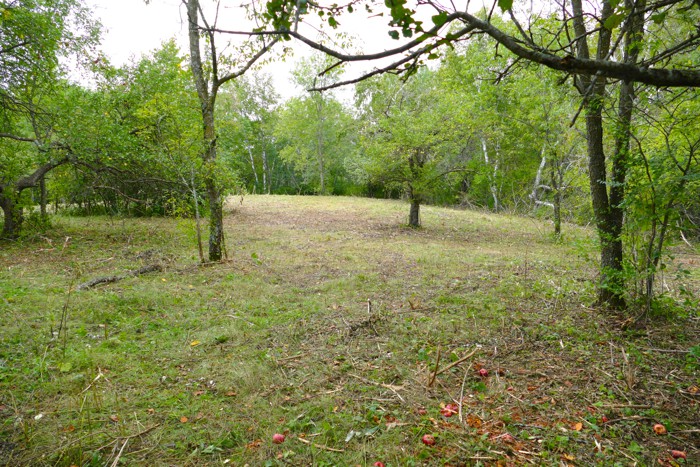 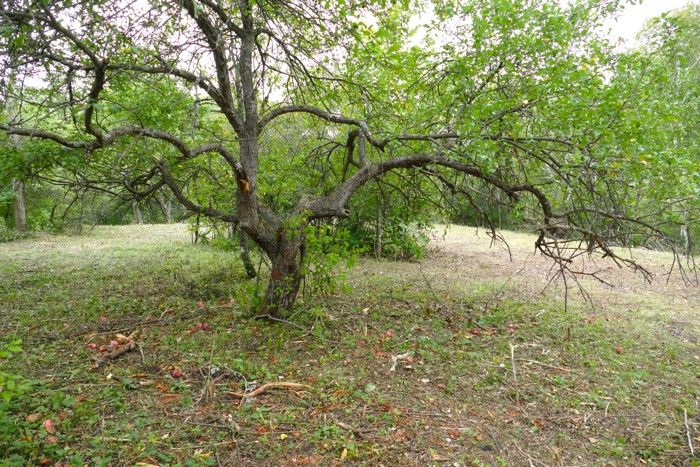 9/9/2014  The partially restored savanna area above the prairie slope, on top of the point 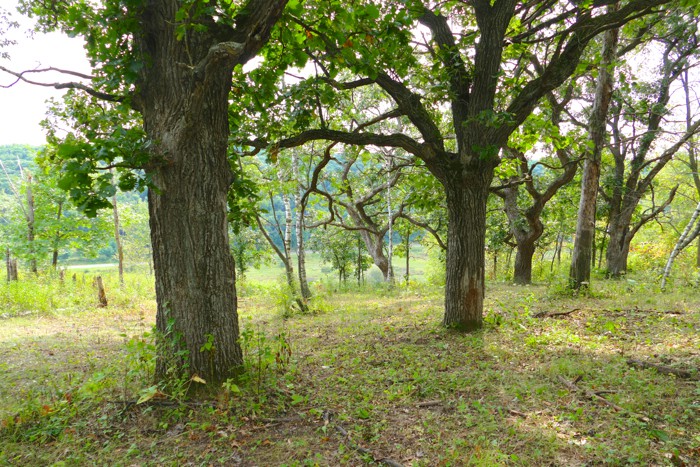 9/9/2014  The best new discovery from the mowing was this Red Oak tree.   It was far from our usual path, and had been hidden by thick brush.   It’s the largest oak we’ve ever seen on our land, with a diameter of 151 inches.  A friend sent us a way to estimate the age of various kinds of trees.  Using those calculations it would be about 190 years old – so it began growing in about 1824 – before this land was settled by Europeans. 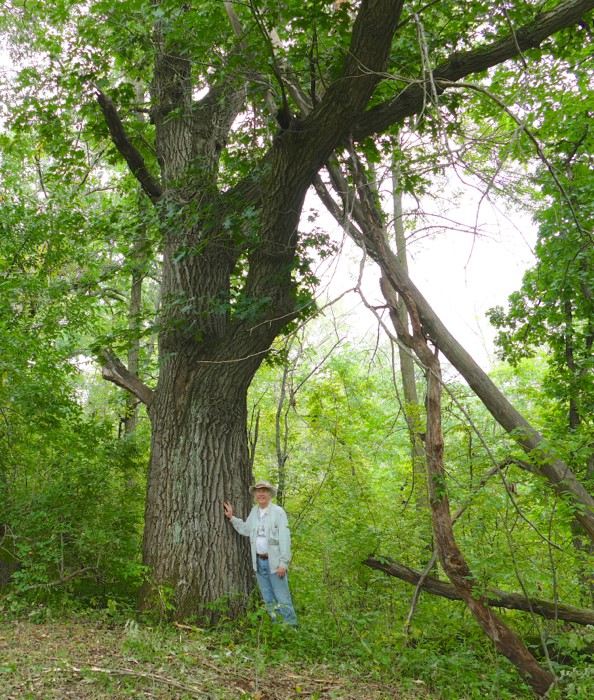 9/18/2014   The other wonderful discovery was a colony of Northern Flower Moths.  I was taking photos on Sumac Prairie – on the steep part of the prairie slope.  I found this beautiful clump of Aromatic Aster and noticed that it had odd lumps in the middle of some of the flowers.  (There’s one right in the middle of the photo.) 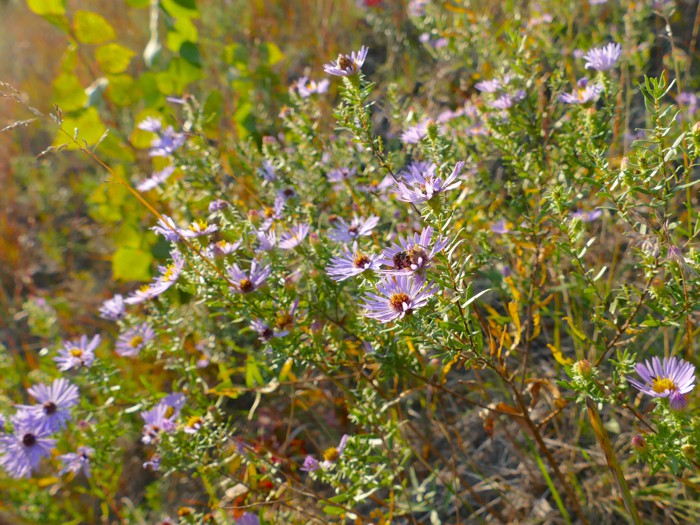 9/18/2014  It turned out that the lumps were moths – a rare species that hasn’t been found this far north in Wisconsin before.  There were 6 or 8 individuals – most resting on the flowers. 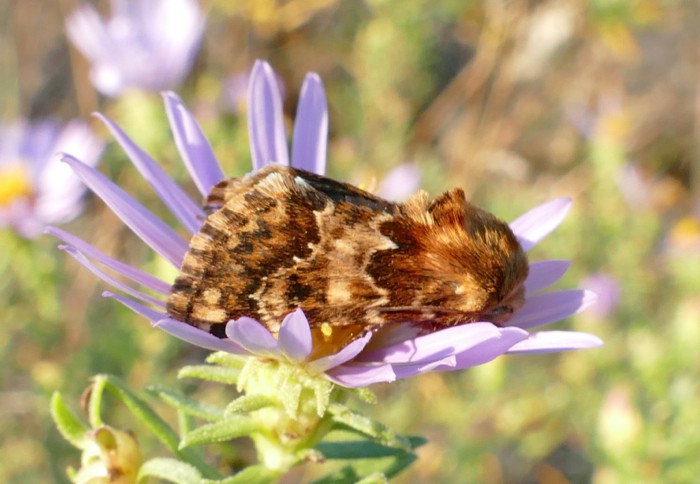 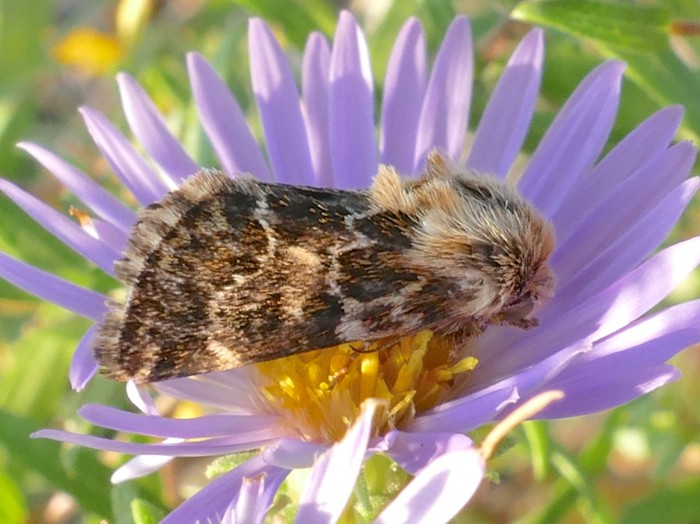 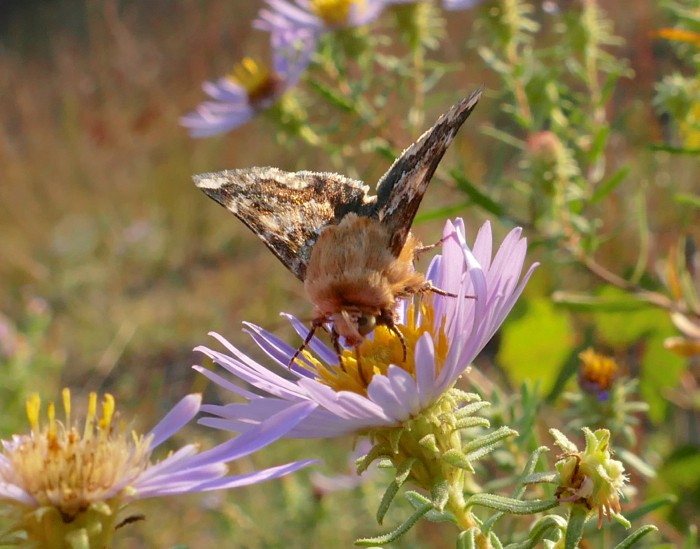 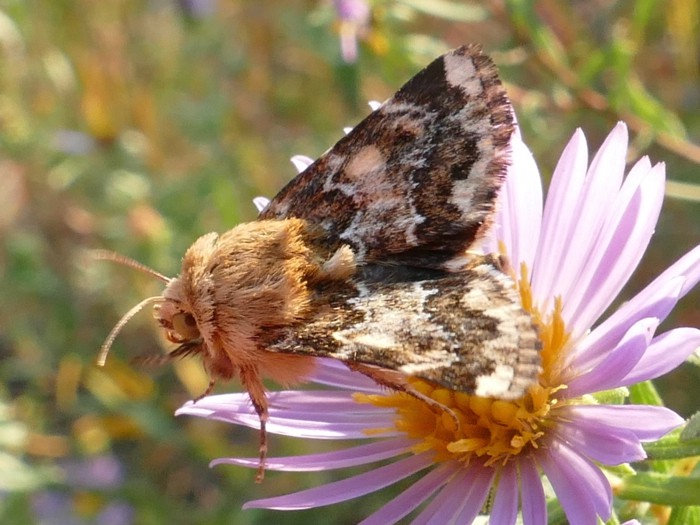 10/16/2014   I went back a few weeks later and found their tiny caterpillars eating  developing seeds inside the flowers. 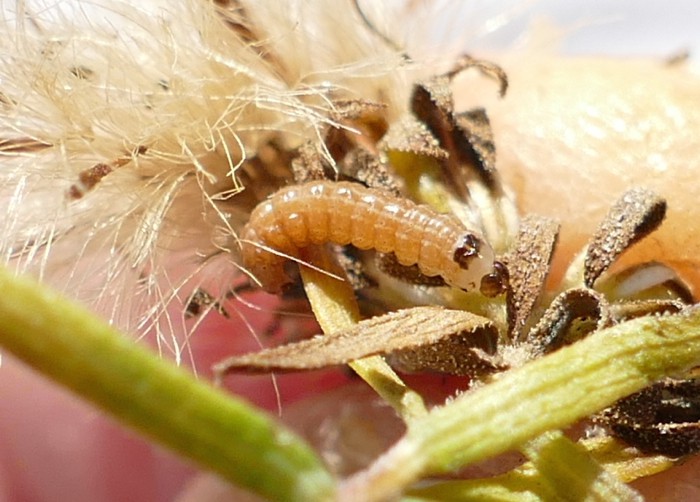 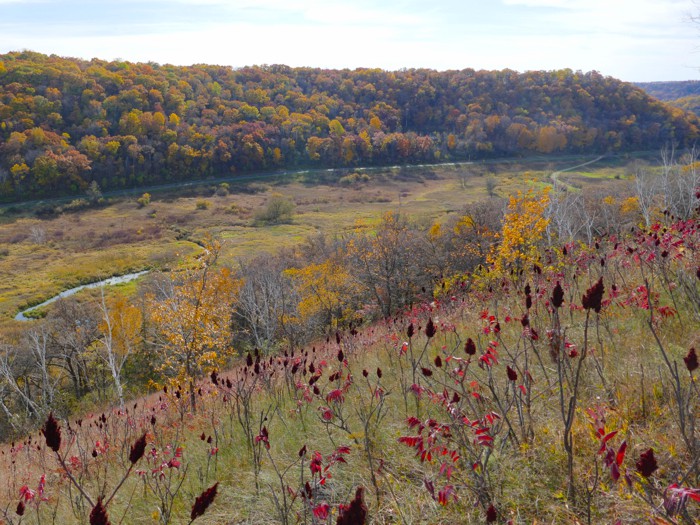 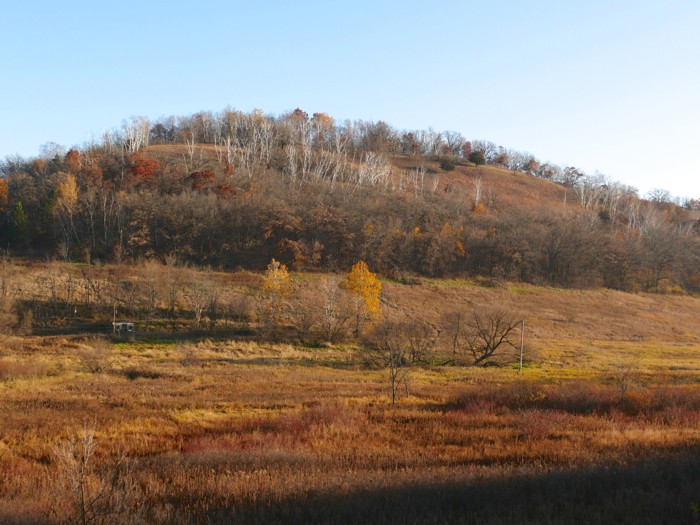 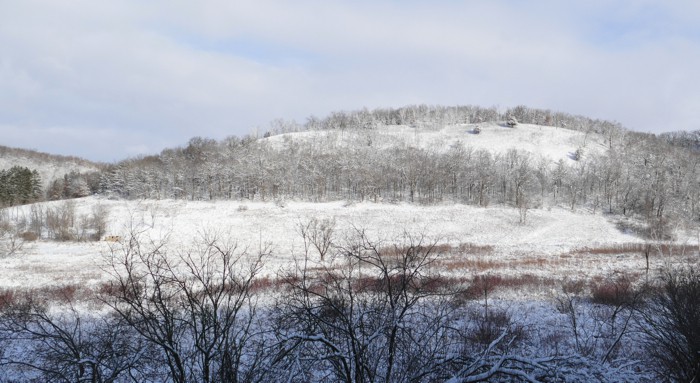 12/17/2014  This is Sumac Prairie taken from Maple Ridge – the new land we just bought that’s across the road.  I’d never seen this view before. 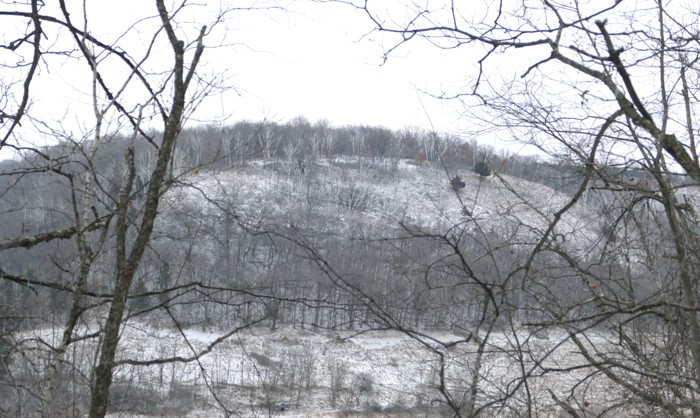