This is the more common color variation of Limenitis arthemis that we see here. 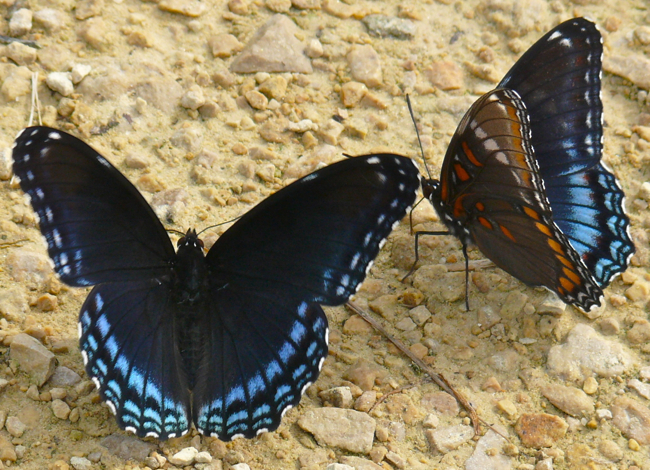 6/3/2010  Red-spotted Purples, a Viceroy and a Silvery Checkerspot clustering on animal scat 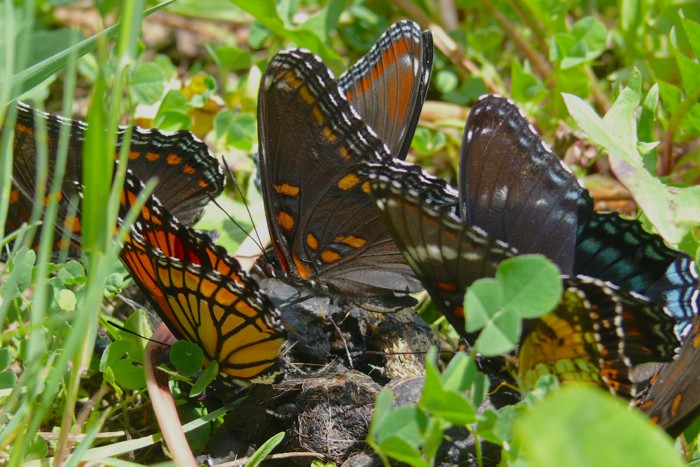 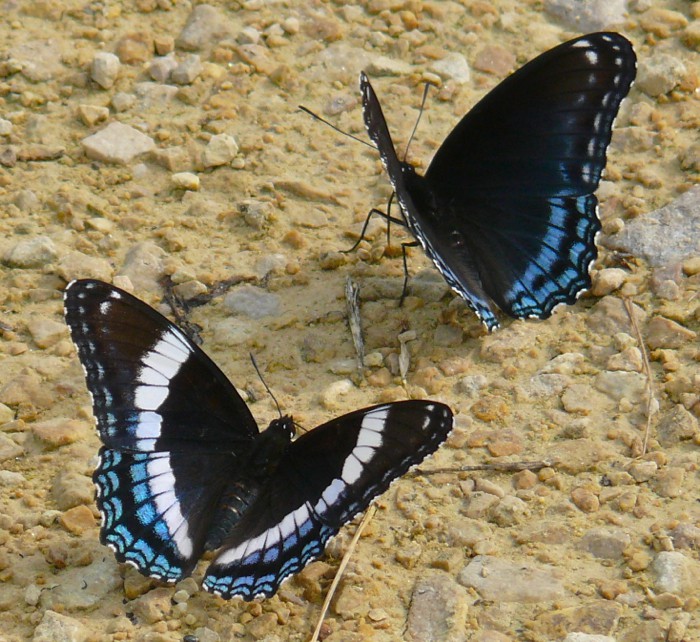 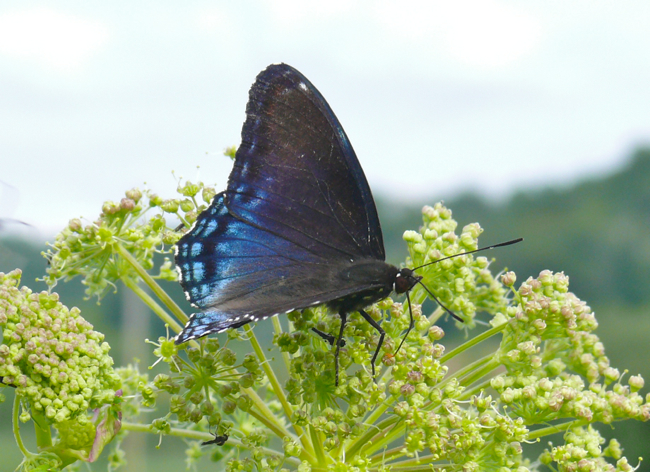 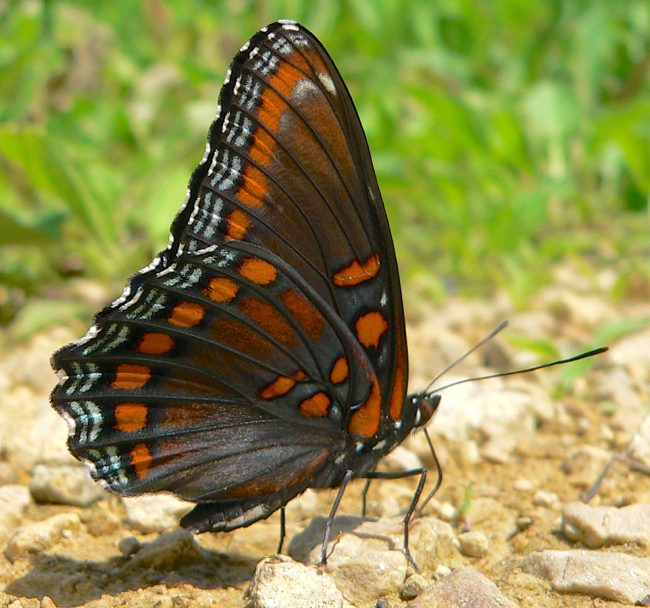 These next two have a bit of the white band that distinguishes Red-spotted Purples.  There are some butterflies that show intermediate coloring between the two subspecies. 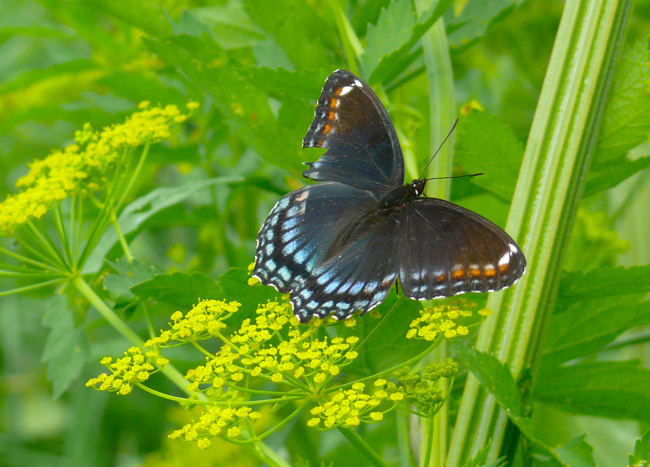 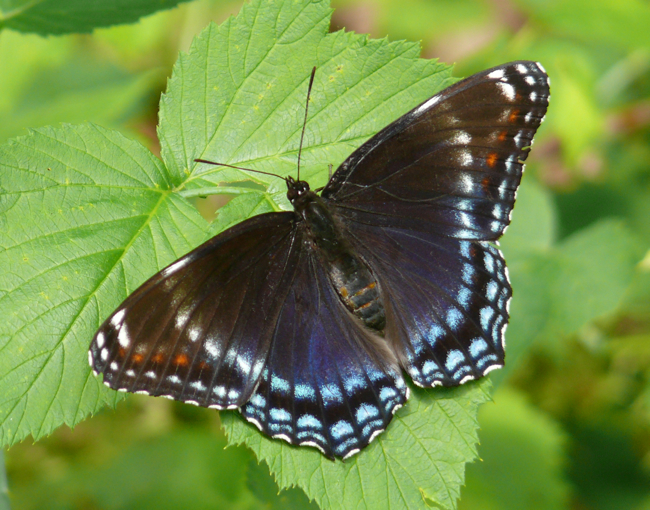