This is a tiny southwest-facing opening in the woods, with dry prairie plants and a huge old oak. It’s very overgrown with aspen, birch, prickly ash and dogwood.

I’ve been slowly enlarging it by cutting down shrubs and small trees around the edges, and girdling the mature aspens in the woods. 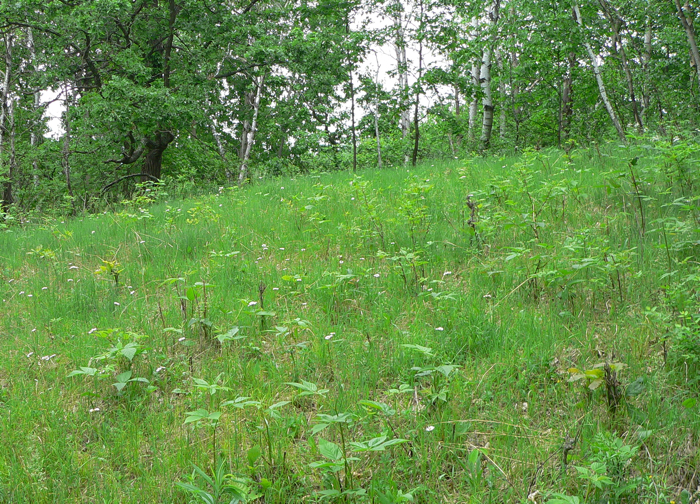 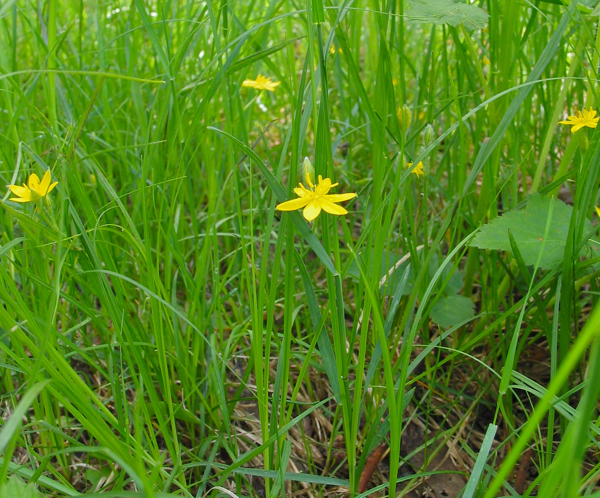 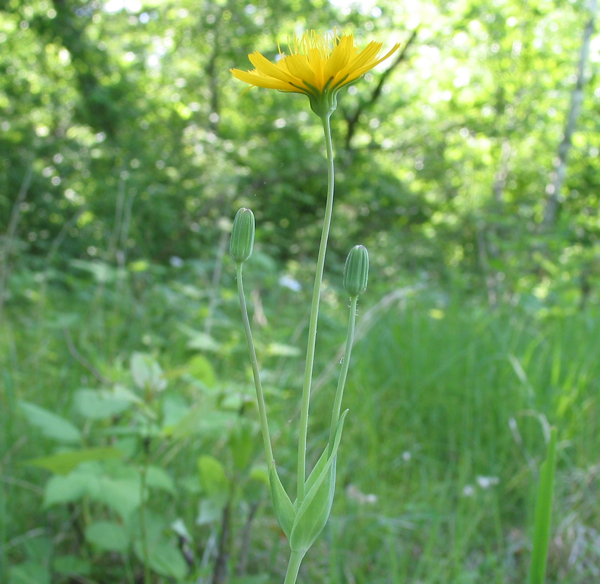 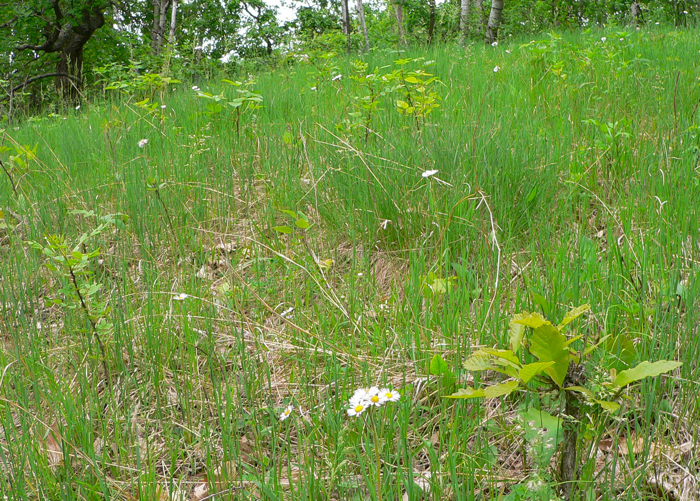 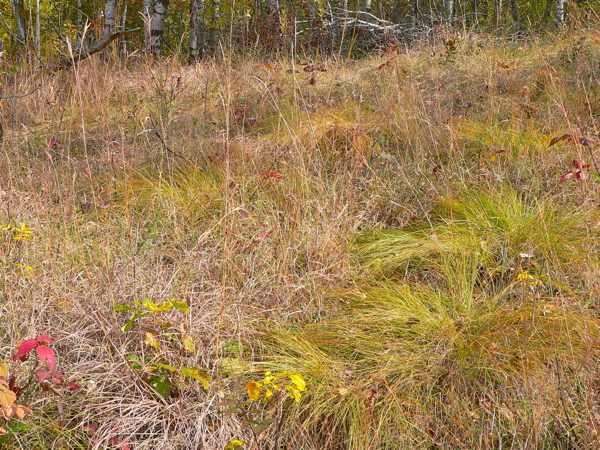 This is the one old oak at the north edge of the opening. 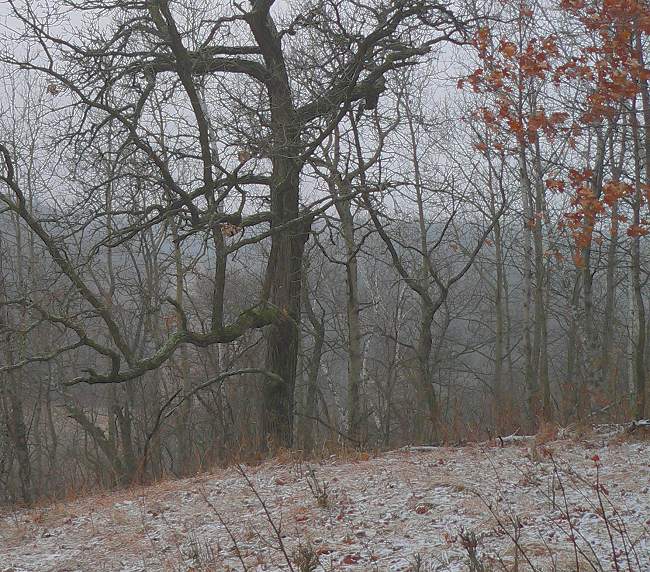 There are several plants here that I haven’t found anywhere else on our land.  They’re marked with a * on the list.

Just around the bend of the hill is a northwest facing woods with some unusual woodland plants.

Just below the main opening is an area of woods – southwest facing – which has Yellow Stargrass, Robin’s Plantain, and many other prairie plants growing in the ground layer.  I’m slowly removing the brush, and girdling the aspens and birches that shade it.

This was taken in the fall of 2008, looking up toward the opening through the brushy woods. 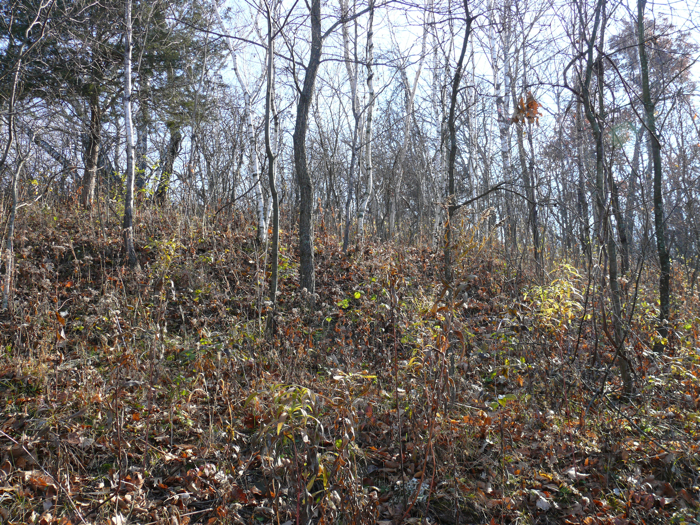 This is after cutting out most of the brush. 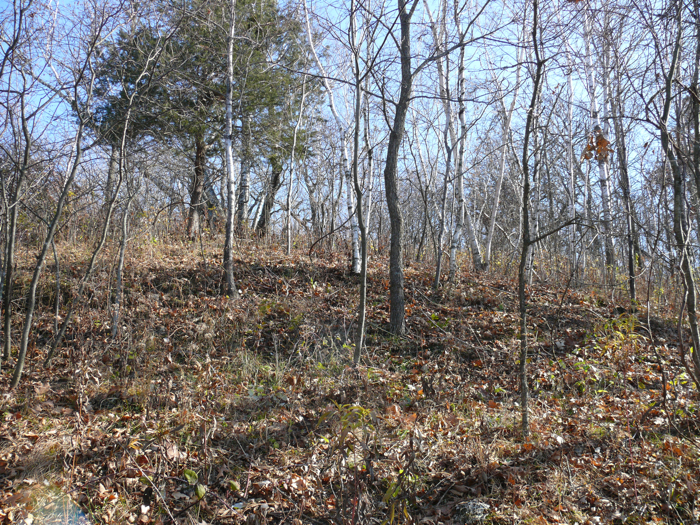 This was taken in the summer of 2009, looking up through the woods toward the opening. It’s getting more open, but there’s still clearing work to be done. 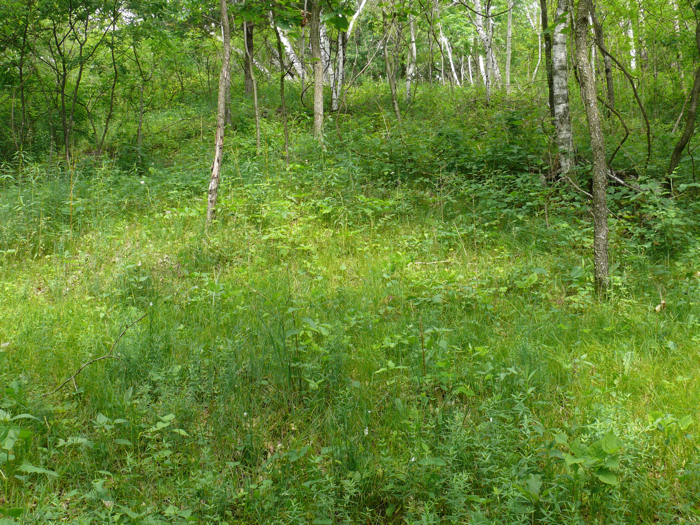