We planted two of our prairies with a Truax Seed Drill – the Cat’s Paw Prairie in 2002, and the northern end of Western Prairie in 2007.  We rented the drill from the DNR in Alma.

In both cases we had frustrating experiences with the drill, but we got both prairies planted eventually, and they’ve both done well.  The problems mostly happened because we we didn’t understand how the drill worked, and the instructions we got didn’t help much.

Here are links to our two planting adventures: 2002 – The Cat’s Paw Prairie, and 2007 – The northern third of Western Prairie.

After the second experience, Mike wrote An Idiot’s Guide to the Truax Seed Drill. to help us remember what we did, and maybe help others if they have the same kinds of troubles.

The advantage of the drill was that once we figured out how it worked, it was much faster – it required much less preparation of the seeds, and we were able to plant 14-20 acres in a little more than a day.

Here’s the process I used to mix the seeds – in a child’s wading pool.   There wasn’t enough room to mix all the seeds at once, so I divided them, and mixed half at a time. 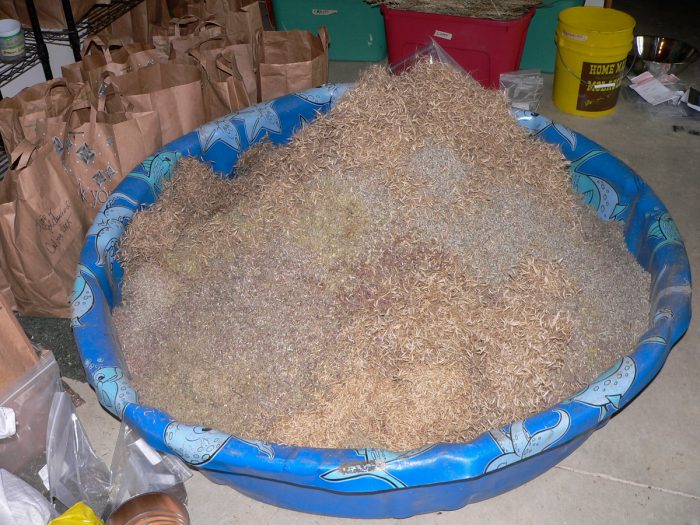 There are two bins in the drill, one for large or fuzzy seeds, one for small, smooth seeds.  But we discovered that even a tiny bit of fluff or irregularity in the small seeds would cause the planting tubes to plug up.  So we ended up mixing all the seeds together in the large bin.

Here’s the drill, heading out behind the tractor. 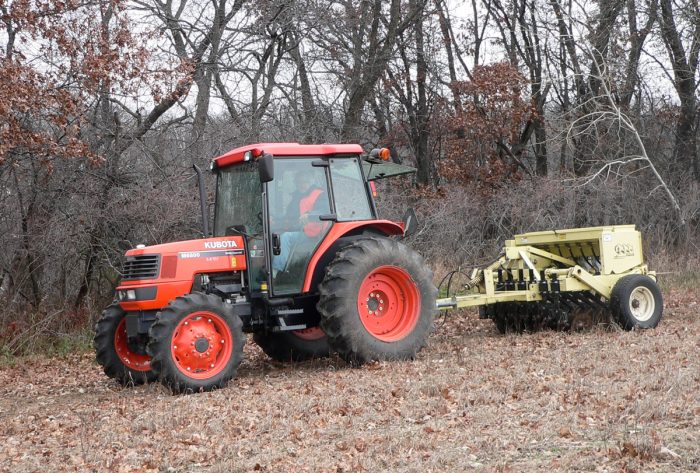 And here’s the scene – Western Prairie being planted on a cold November day. 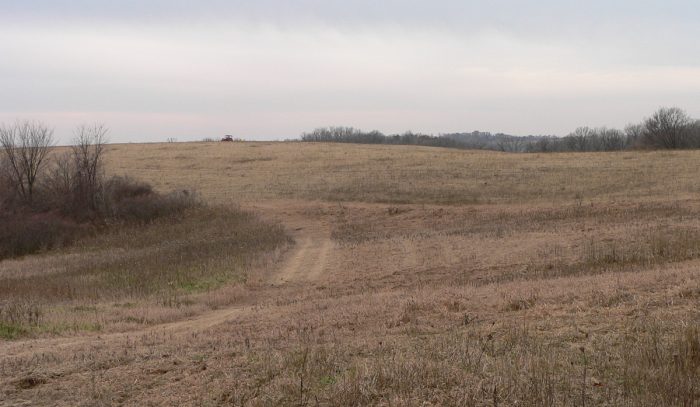 One thing we learned from all this was not to plant after a corn crop.  Most of the problems we had with the drill in 2002 were from the corn stubble left on the surface of the ground. I think the corn stubble is a problem even when I plant the seeds by hand – it prevents the seeds from getting in good contact with the soil

And here are photos of the two prairies  that resulted from the seed drill plantings. 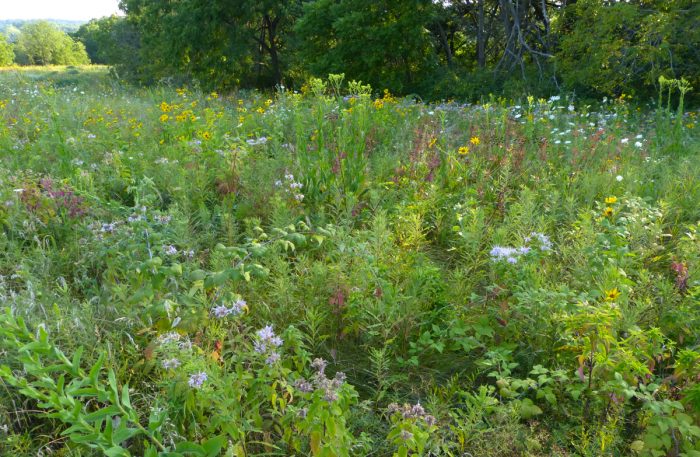 The northern third of Western Prairie in 2016. 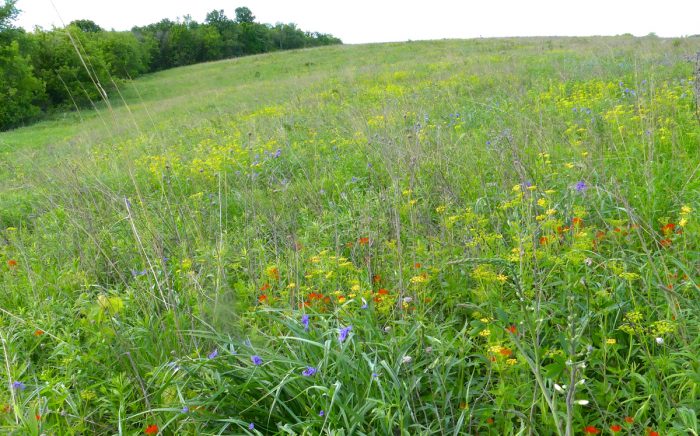