Desmia maculalis and Desmia funeralis are extremely similar, and difficult to tell apart from photos.  Ken Childs has been working on the differences.  Here’s his page on Bugguide about it.  Thanks also to Hugh McGuinness for some of this information.

Main differences are:
Size is variable but funeralis tends to be larger.  Male funeralis are largest; very small males and females are usually maculalis;  mid-size can be either.
Underside of the abdomen: maculalis is banded;  funeralis is mostly white.
White spots on wings are usually smaller in maculalis.

(Males have a joint in the middle of their antennae.) 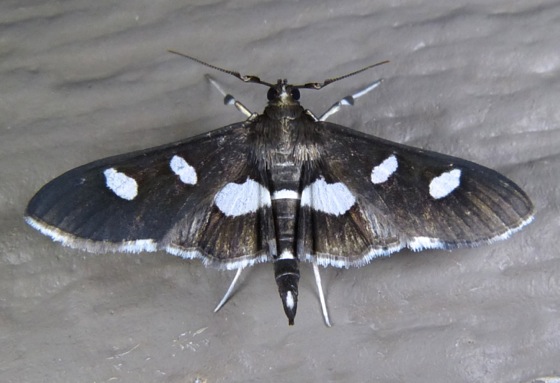 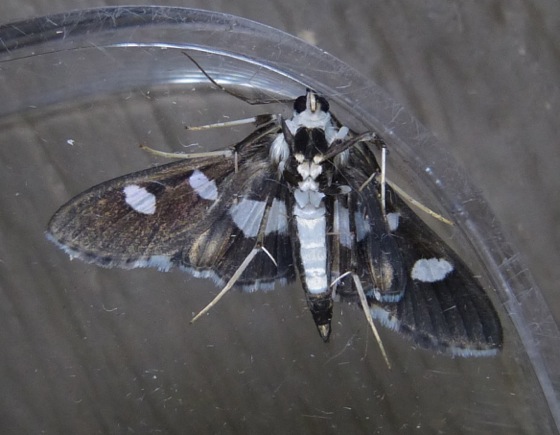 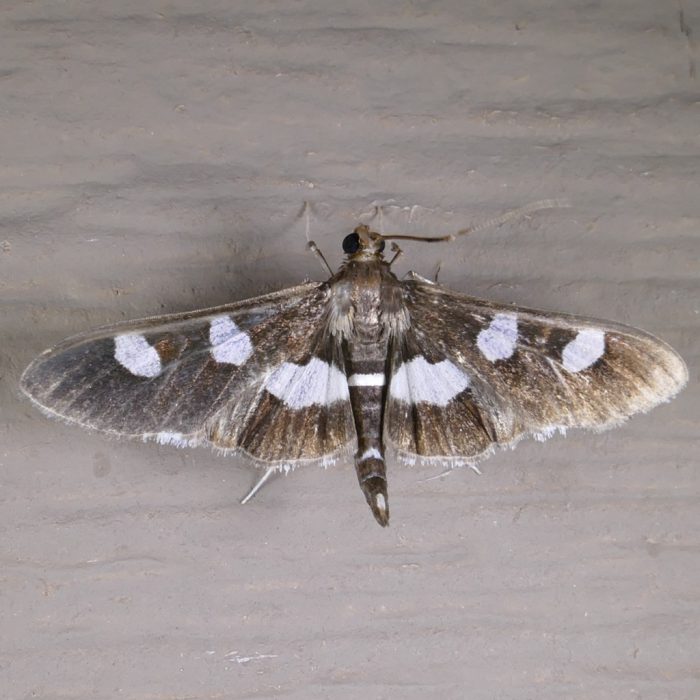 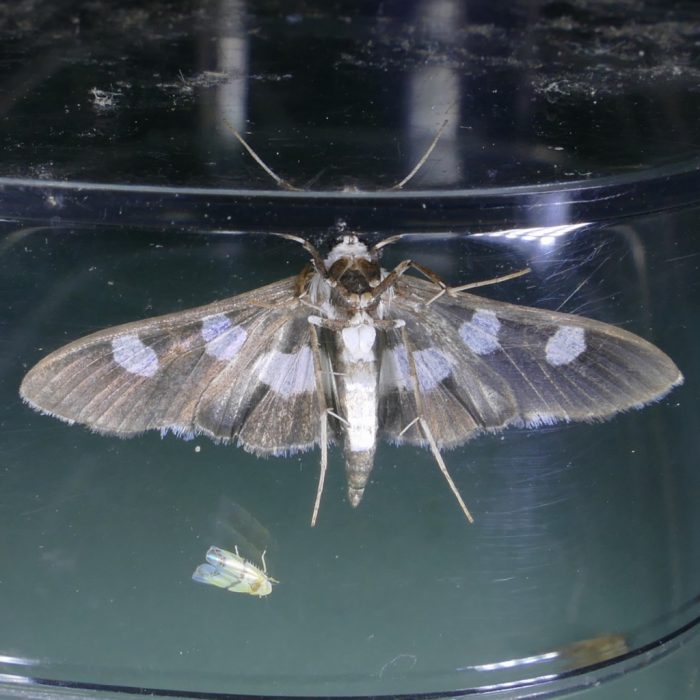