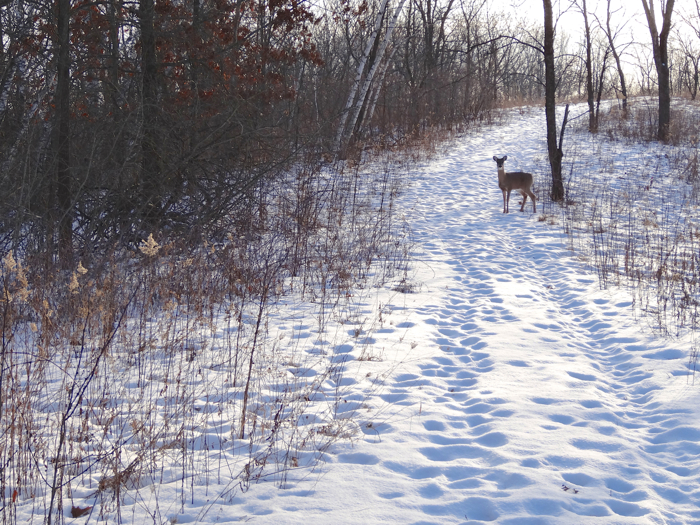 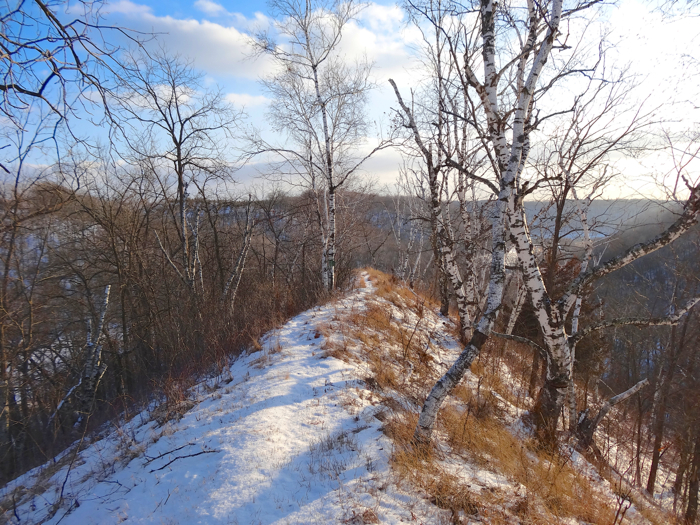 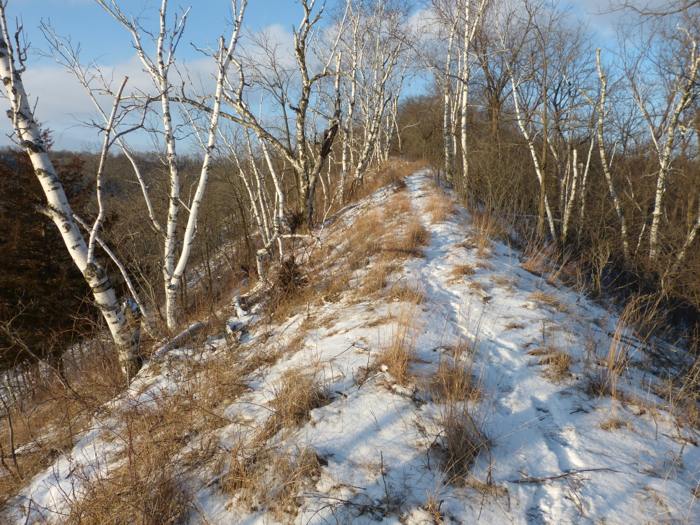 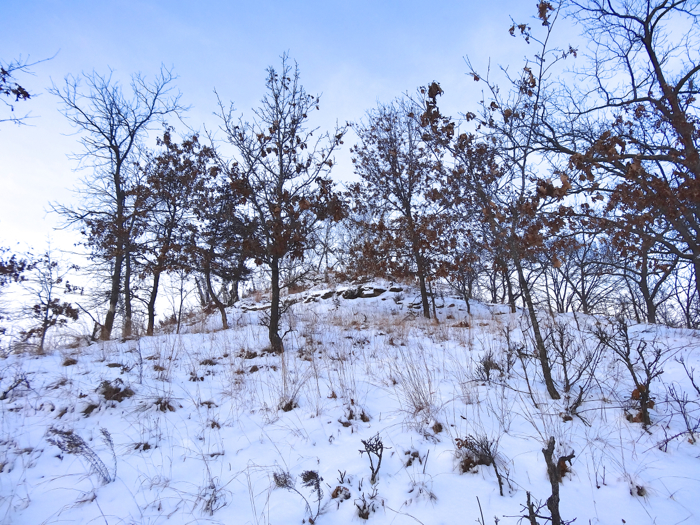 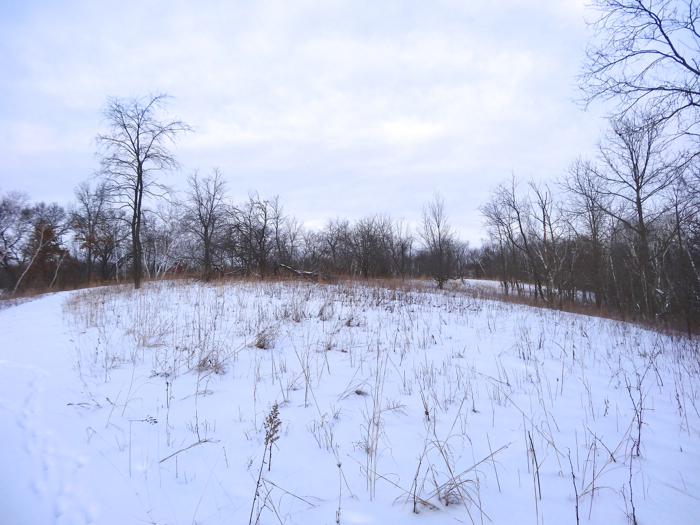 6/8/2013  This is the part of the west-facing slope that I worked on clearing last fall.   It’s looking much better – there’s more sun getting to the prairie plants – but it’s obvious where I stopped. 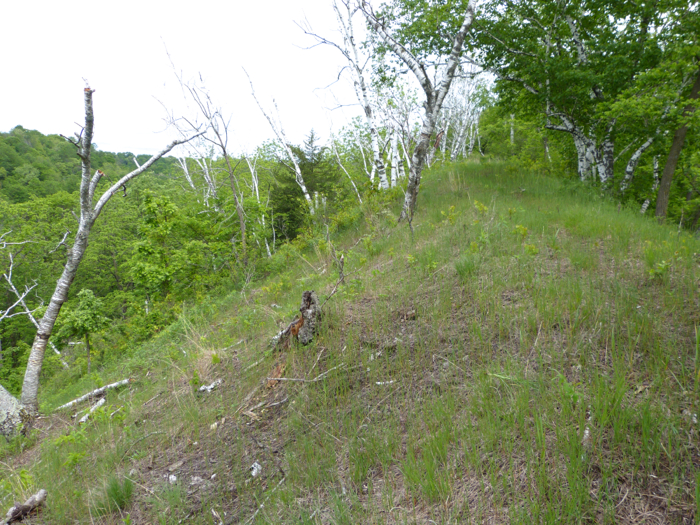 6/8/2013  This is a tiny mushroom that I found growing under some brush along the top of the ridge.  It’s called Coral Spring Mycena. 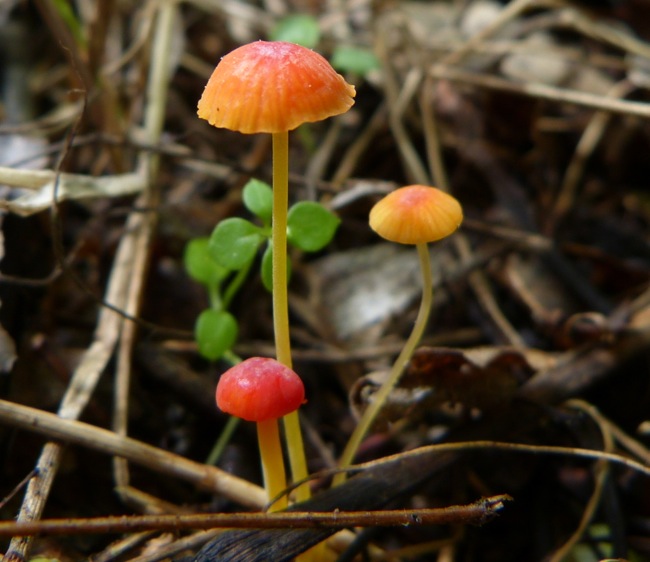 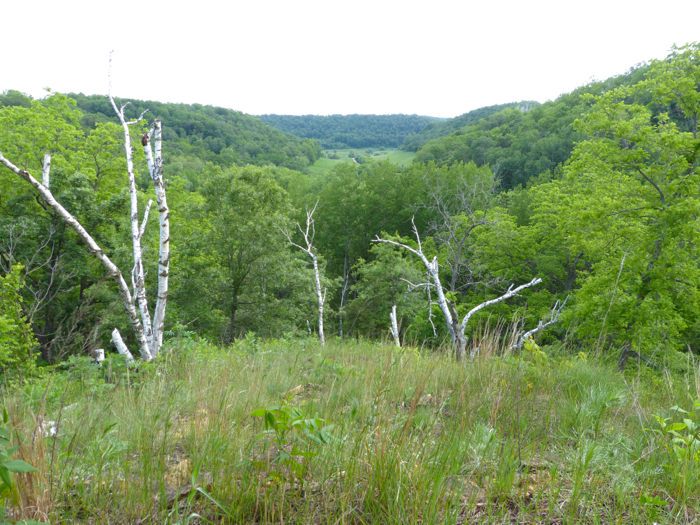 7/3/2013   Prairie Larkspur  – a few years ago I collected seeds from a prairie up the valley, and tucked them into the ground in a few of our bluff prairies.  It’s a fairly common plant on bluff prairies in this area, but I’d never found it on our land.  This is the first time I’ve found it growing here – there were several plants with flowers. 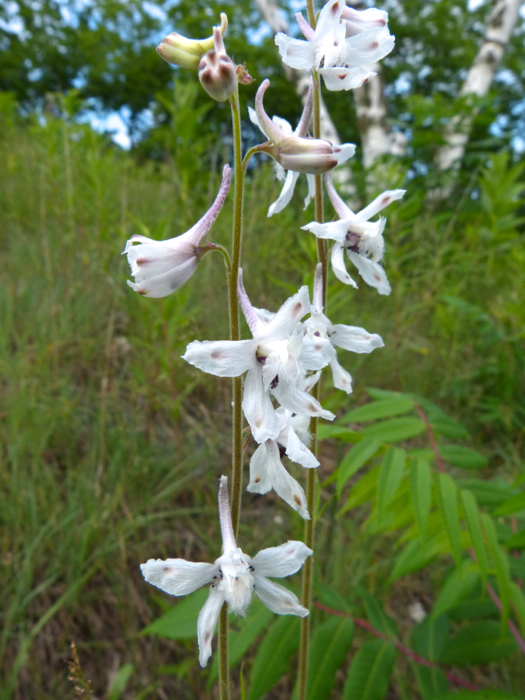 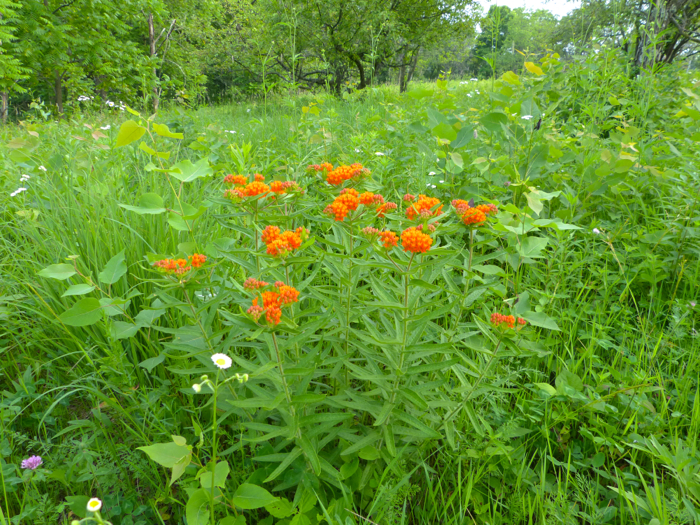 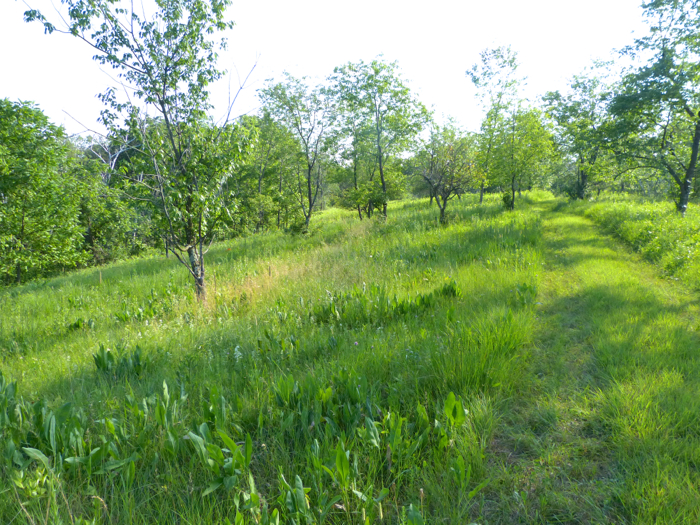 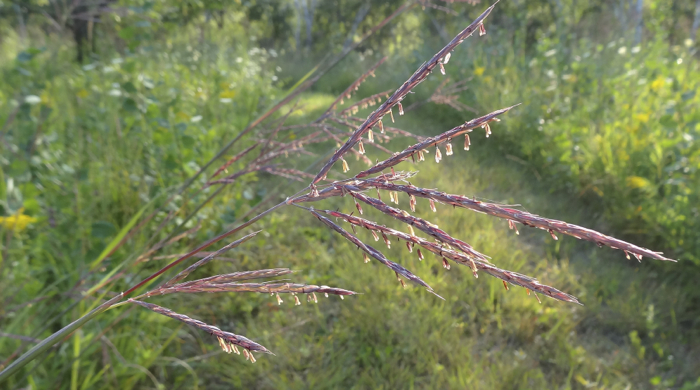 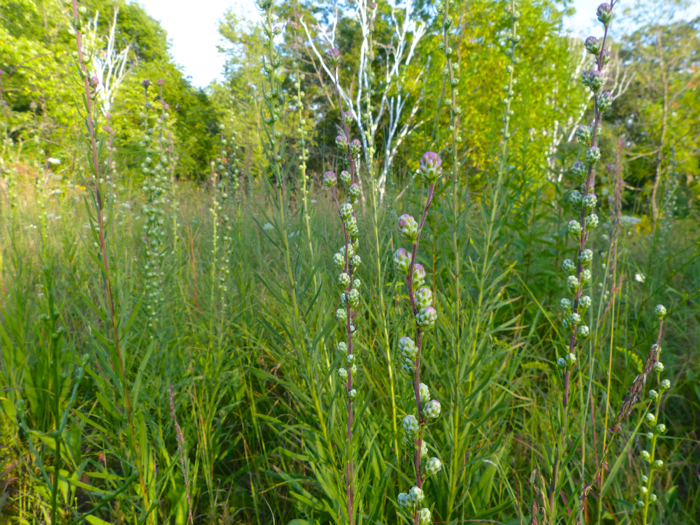