We didn’t do any big projects here this year, but I worked away slowly, by hand, clearing brush from both the prairie, the savanna along the top of the hill, and the rocky savanna area on the face of the hill between the prairies. 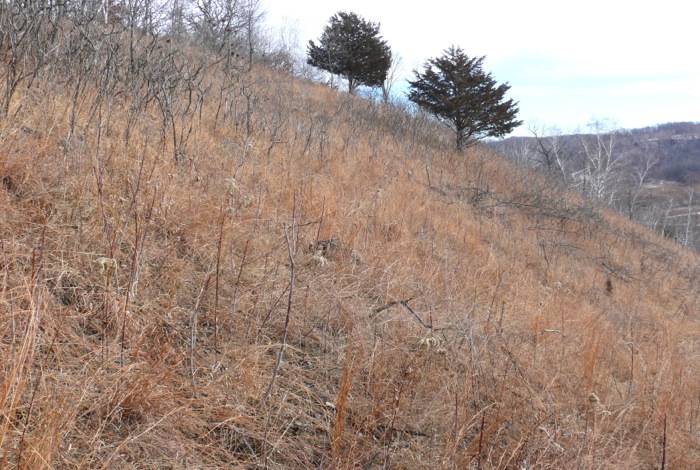 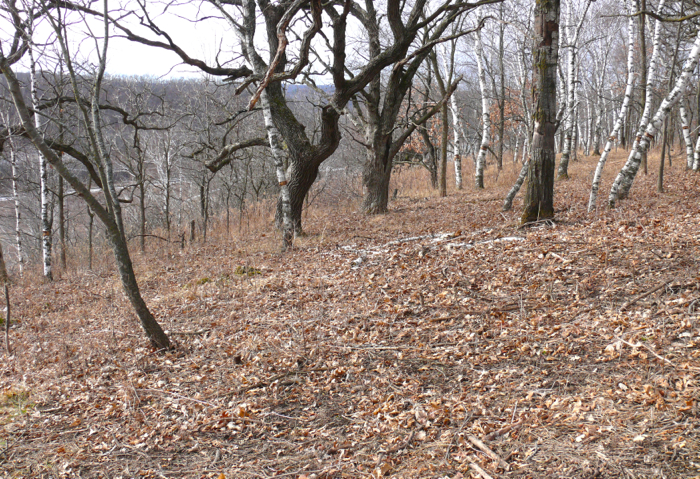 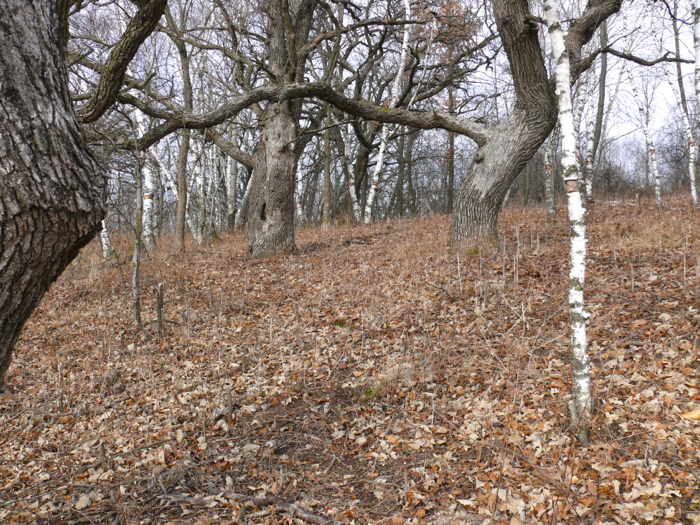 3/12/2012  The big prairie area – in the middle of the slope – is slowly being joined to Sumac Corner Prairie on the left.  In between is an overgrown savanna with rocky outcrops where I’ve girdled the invading birch and aspen, and I’m slowly clearing away the underbrush. 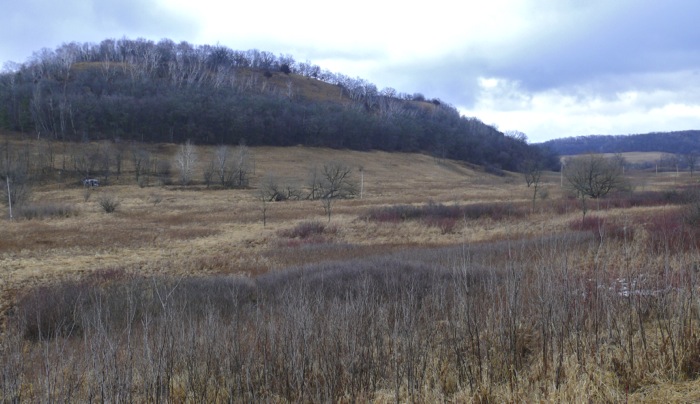 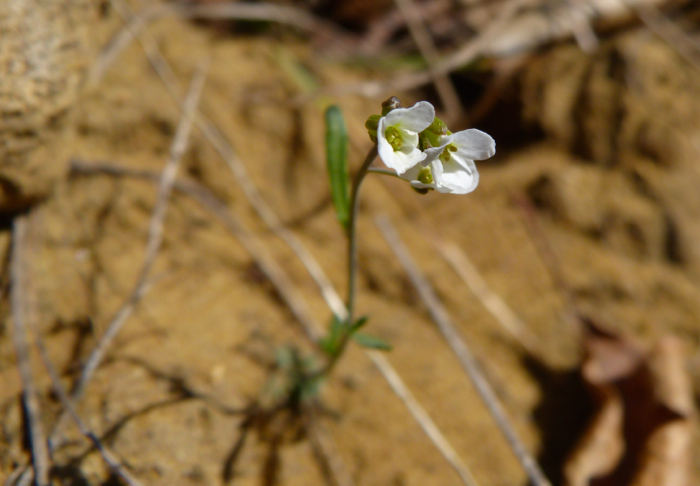 4/29/2012   Here’s one of the rocky areas on the slope between the two prairies.  The aspens and birches have died but not all of them have fallen, and I’ve cleared some of the brush.  I’m working up the slope, so there’s more work to do farther up. 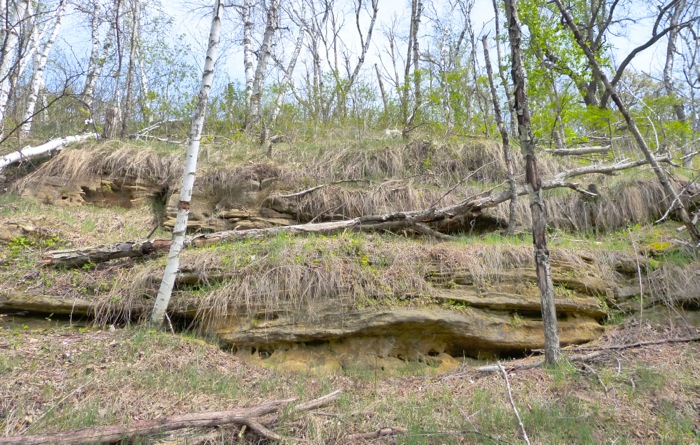 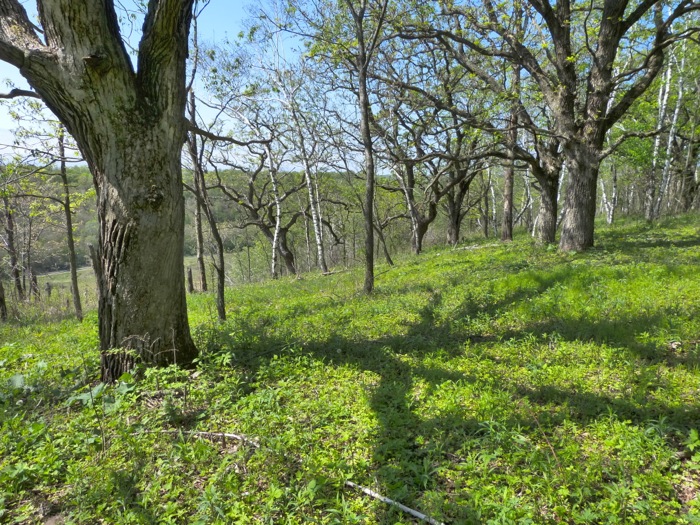 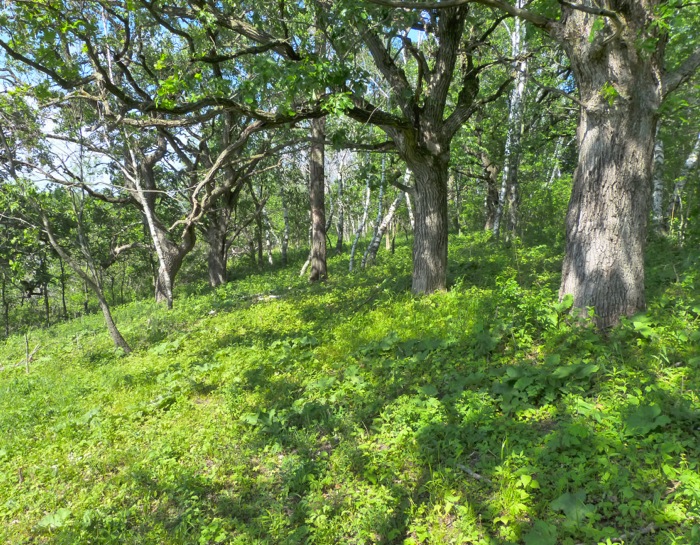 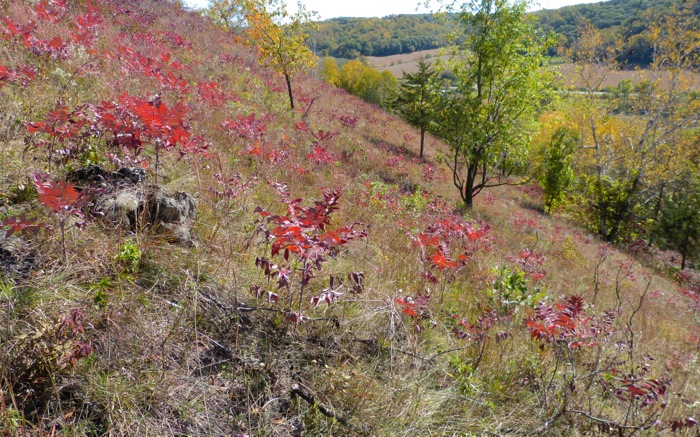 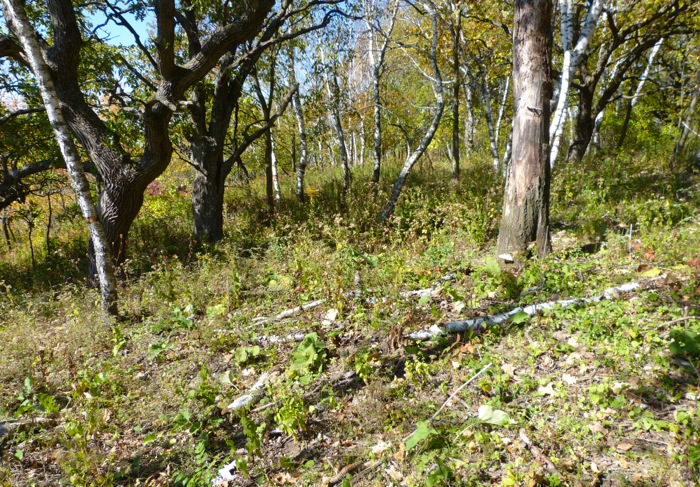 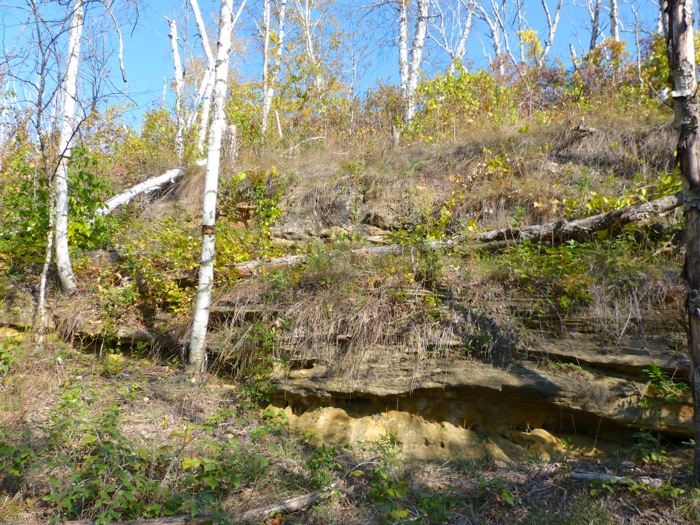 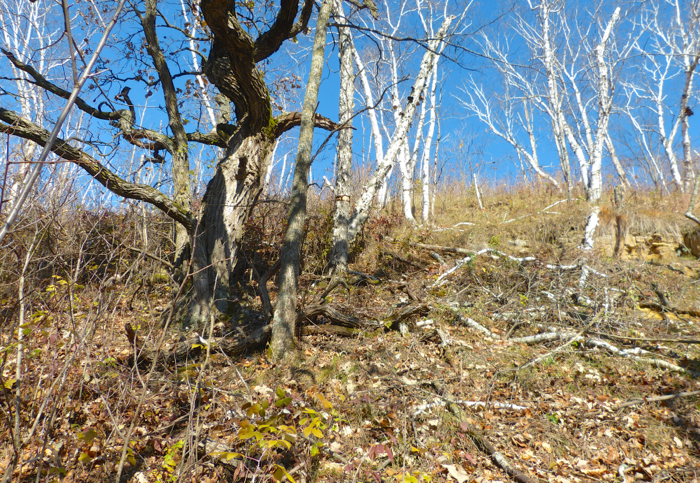 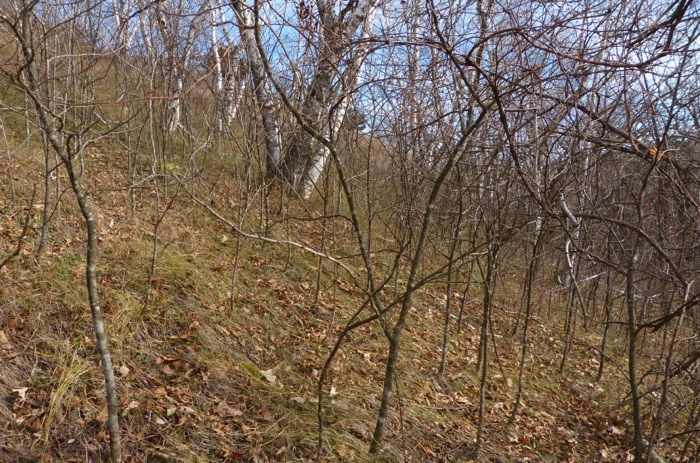 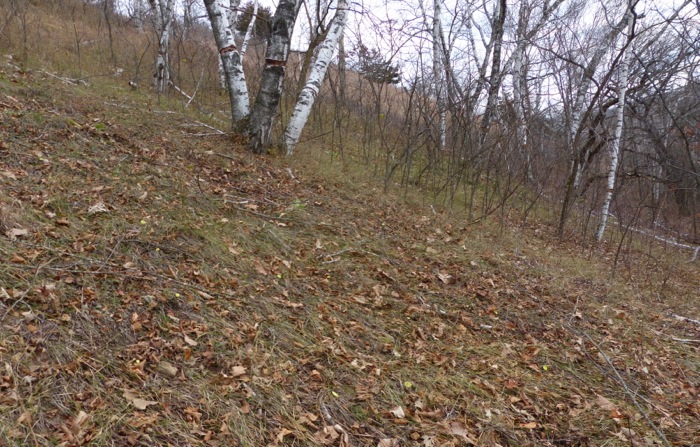 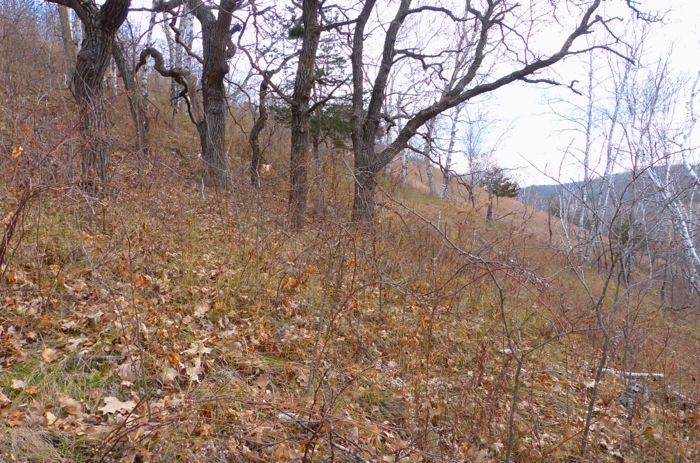 11/4/2012  After clearing near the rocks.  This was taken looking along the slope of the hill towards the prairie.  Only a little more work and it will be cleared all the way to the prairie. 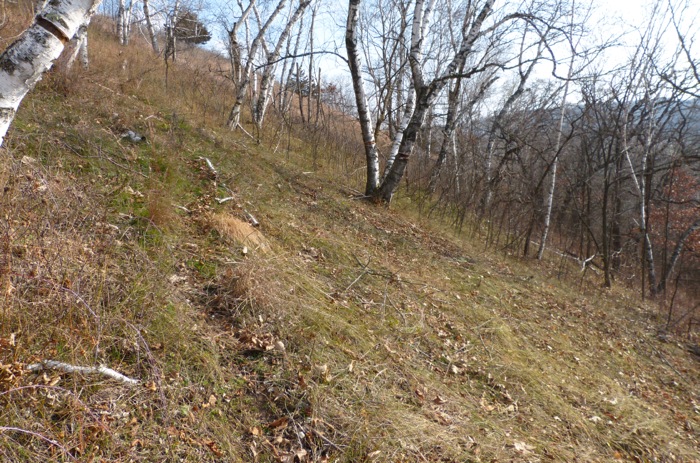