3/6/2012   When we have a warm day in the early spring, the melting snow forms a creek that runs through the middle of the prairie and into the woods along the edge.     There’s less of a creek now that the prairie vegetation is so thick, but it still runs when there’s a lot of snow melting all at once. 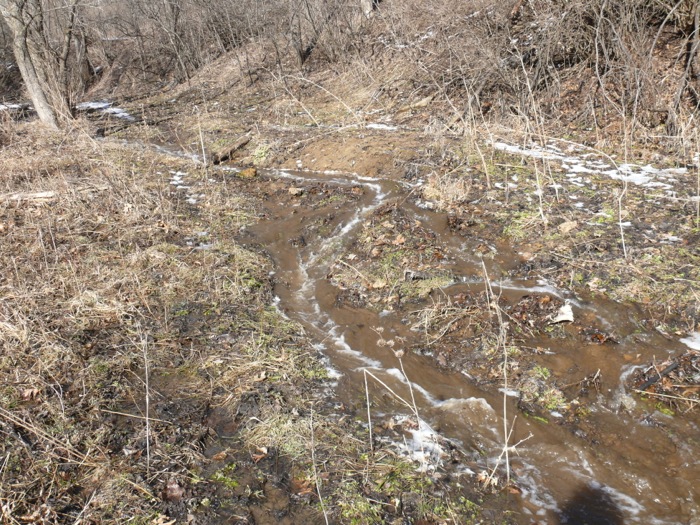 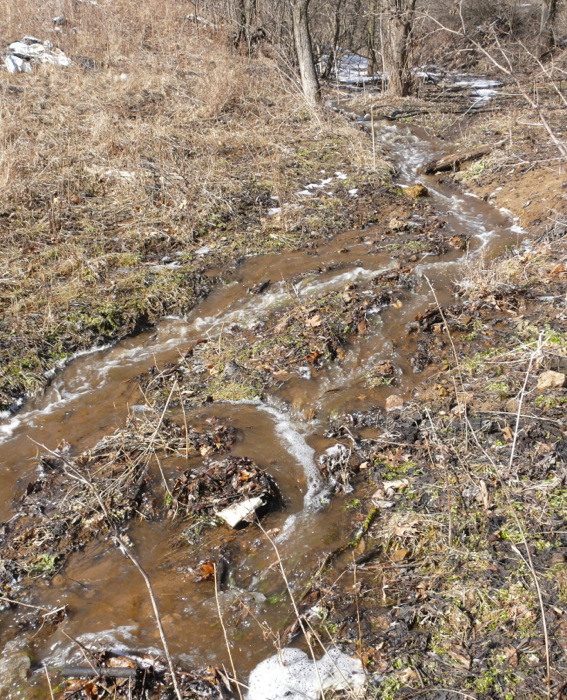 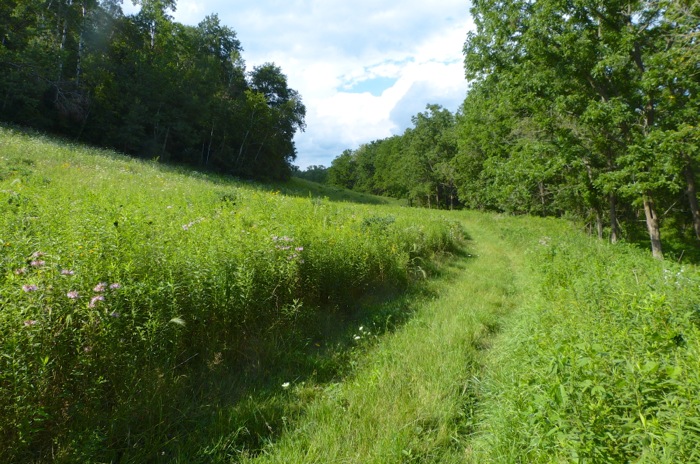 7/28/2012   The low area along the eastern edge of the prairie – where the water runs in the spring – is a grove of Black Walnuts.  It used to have a thick stand of Giant Ragweed growing underneath.    A few years ago Mike mowed it, and I threw down seeds of plants that like damp, shady places.  Cut-leaved Coneflower is doing very well there now. 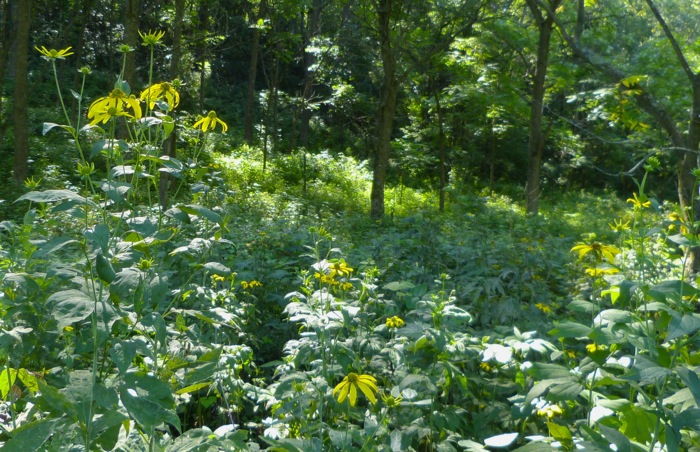 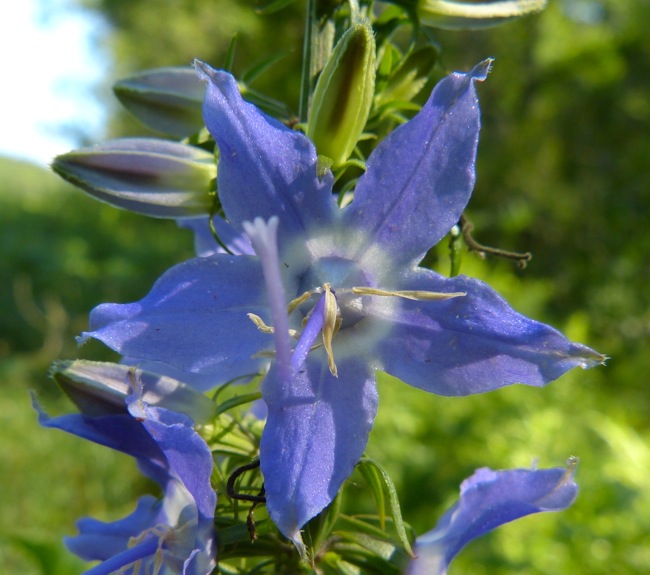 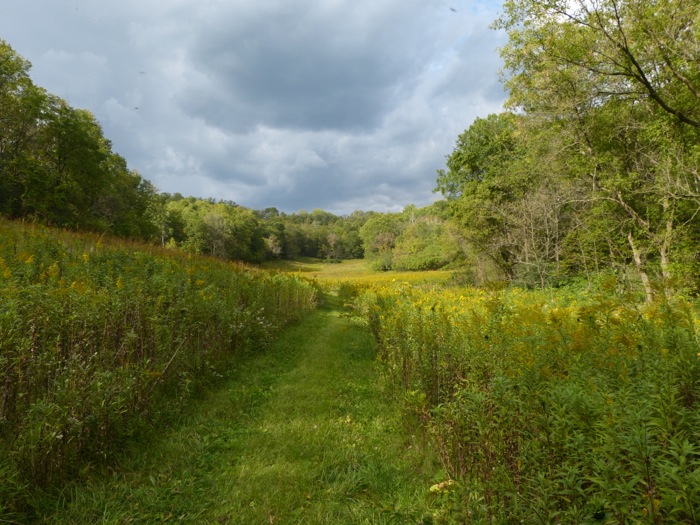 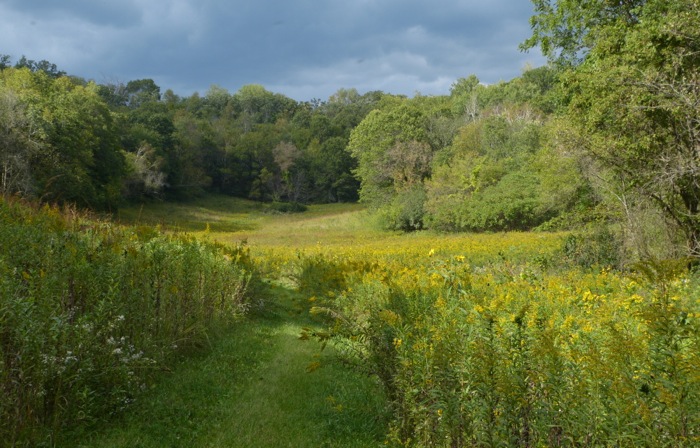 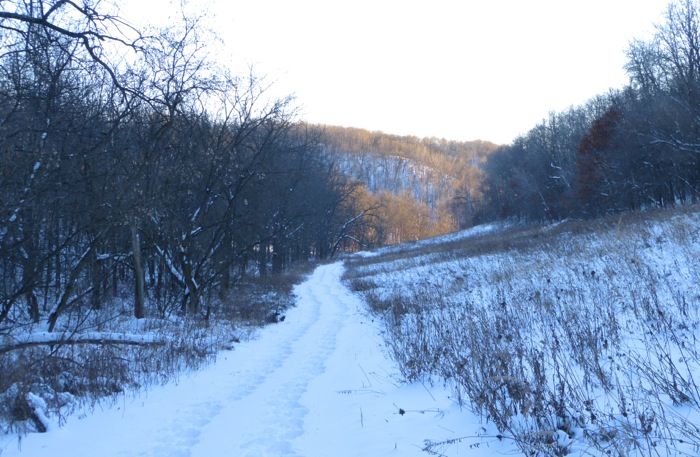