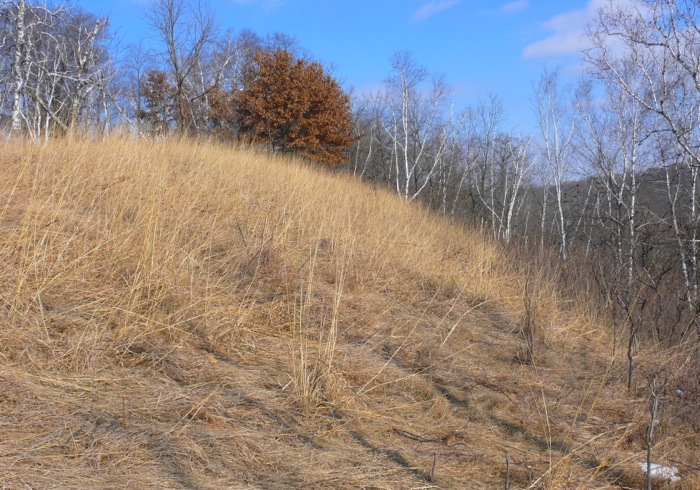 2/19/2012   This is a view from farther down the slope.  I’m hoping to get some of this brush cleared, so the prairie plants underneath can grow.  The brush is mostly sumac, prickly ash, and raspberries. 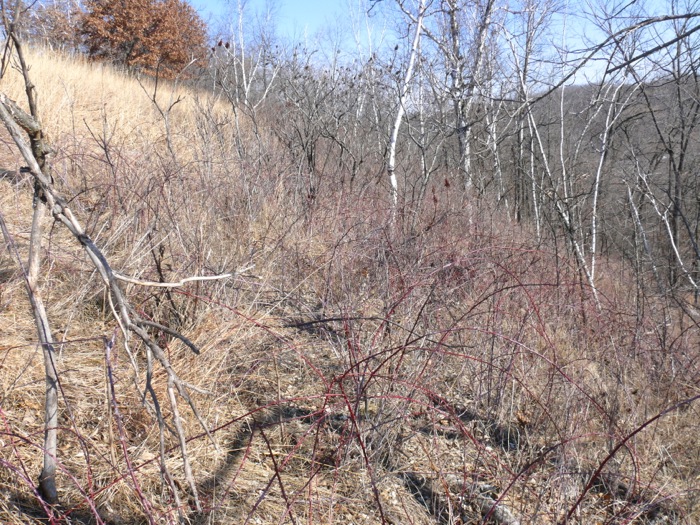 3/6/2012  I did some more clearing on the front of the point – cutting brush lower on the point – almost down to the oak woods. 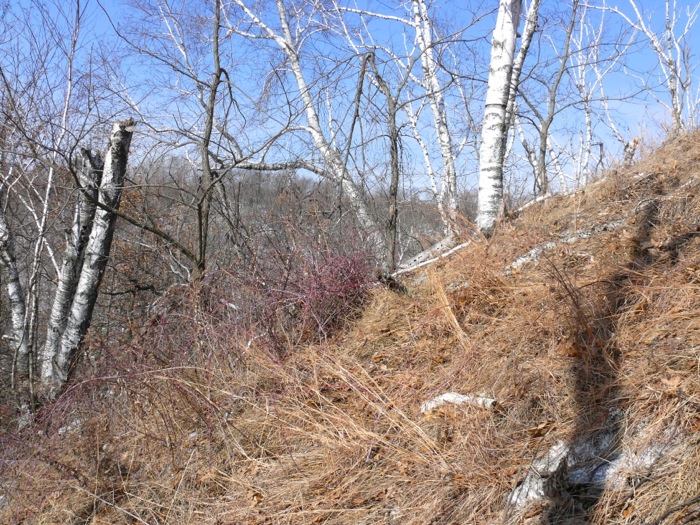 4/22/2012  View of the point looking north.  Most of the open part of the remnant faces south-east.  Honeysuckle is greening up on the left, where I haven’t gotten around to clearing it yet. 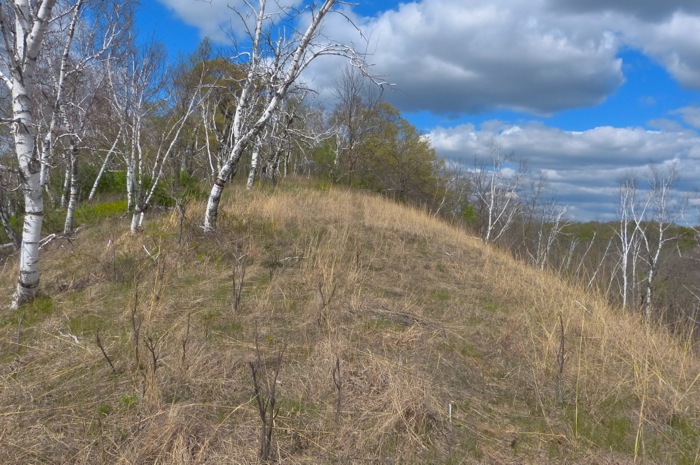 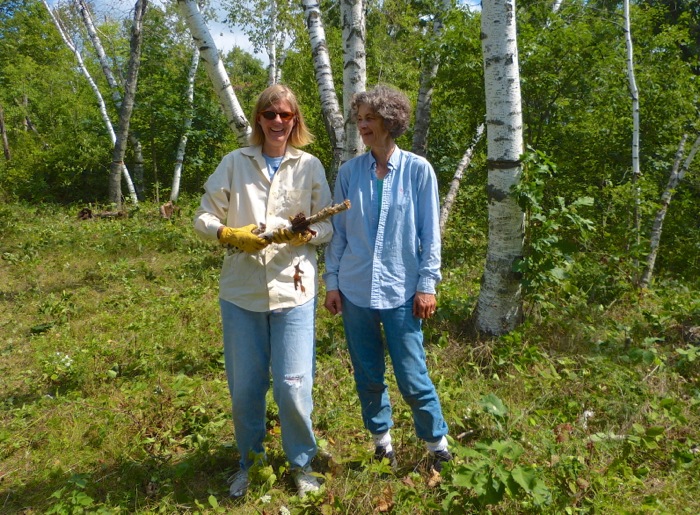 8/13/2012   Here’s the project before we started.  Mike cut brush with the weed whacker, Joan and I cleared and piled.  Then Mike picked up the piles with the tractor, and moved them to our giant brush pile. 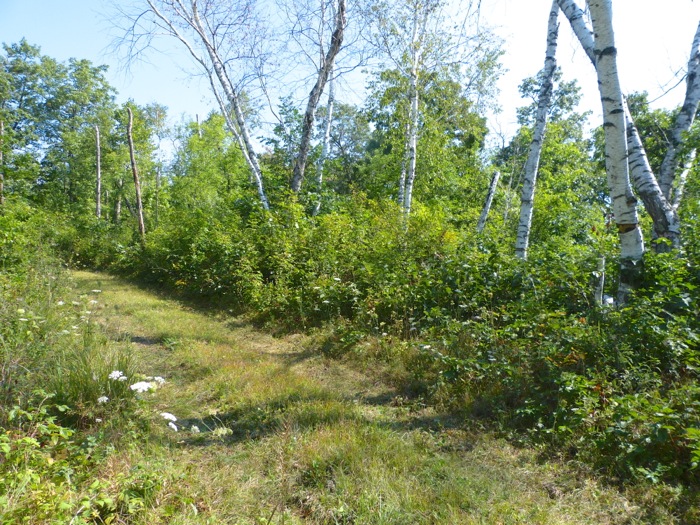 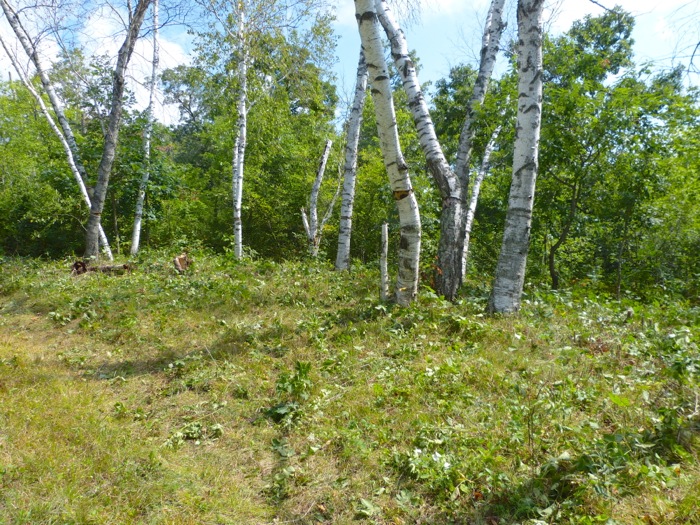 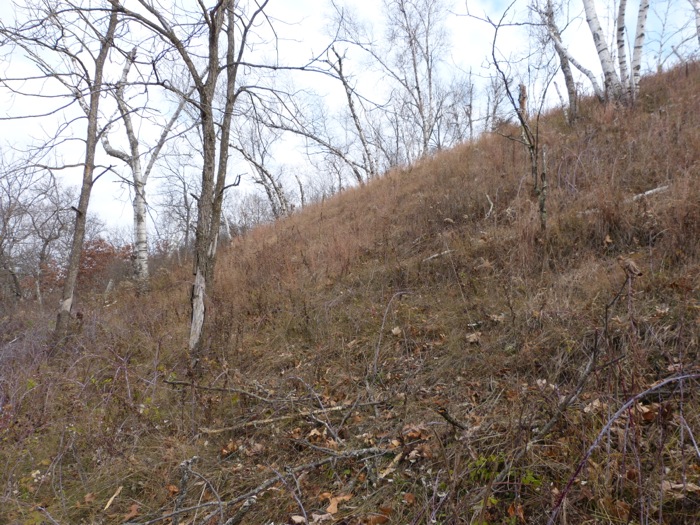 11/5/2012  This is the brush pile at the base of the steepest part of that slope.  I think the cows used to graze there, so there aren’t many interesting plants, and I decided it would be a good spot to throw the brush I cut.  It makes it easy to dispose of – I just throw it down the hill.  Now, after a few years, the pile is covered with raspberries, and I’m sure it shelters numerous small animals during the winter. 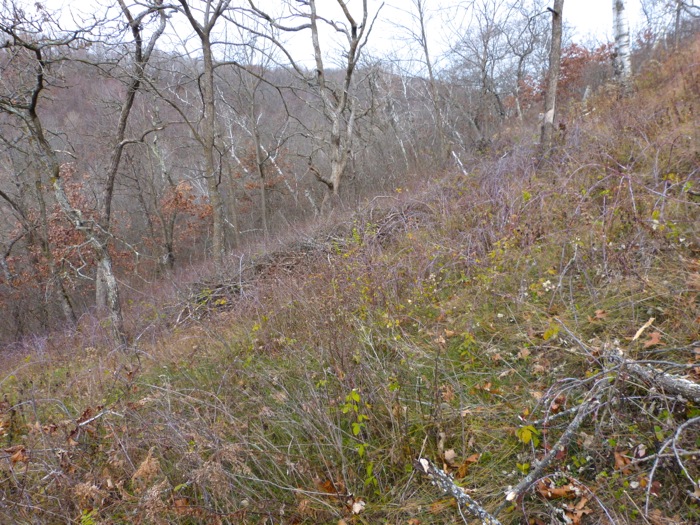 11/15/2012  I’m pushing farther north on this slope – there’s still prairie growing under the brush, so it’s worth clearing. 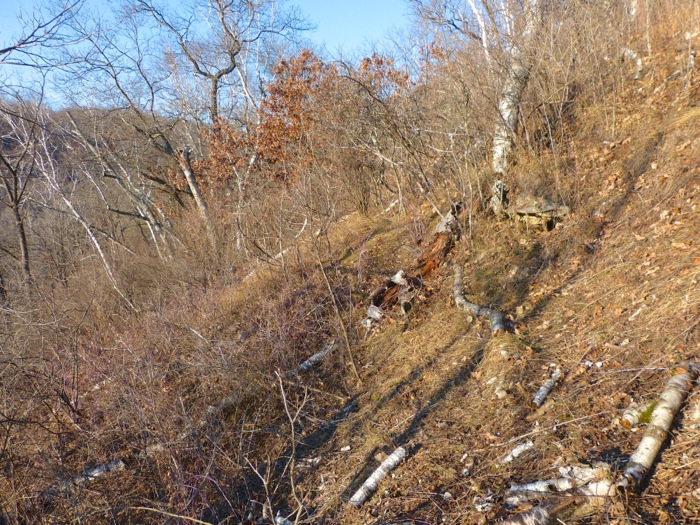 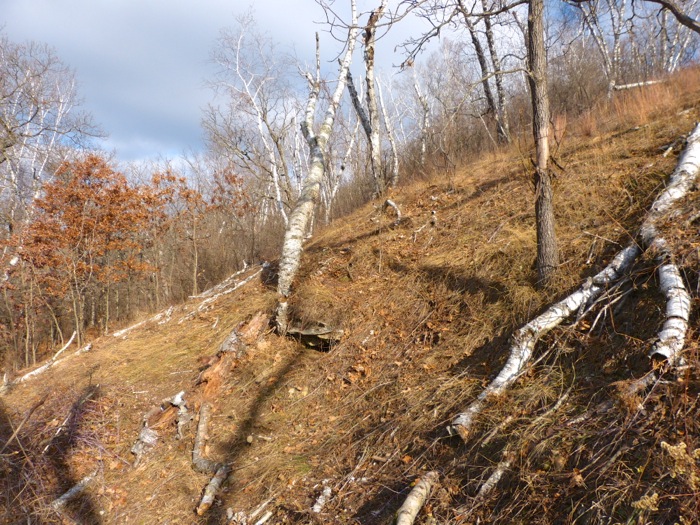 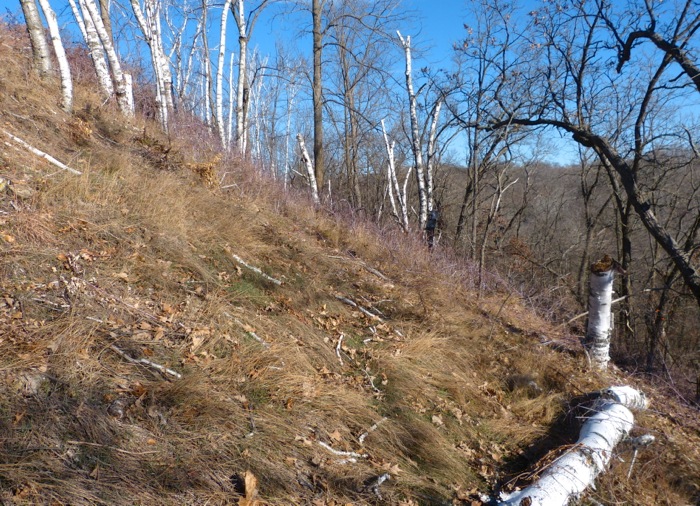 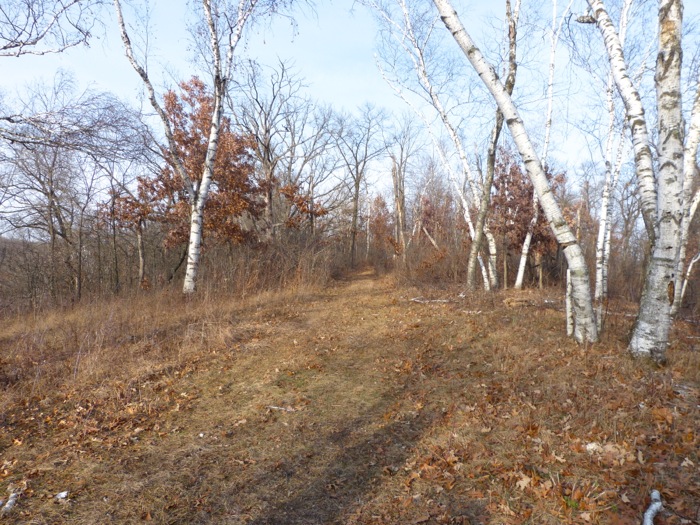 More views of slopes being cleared. 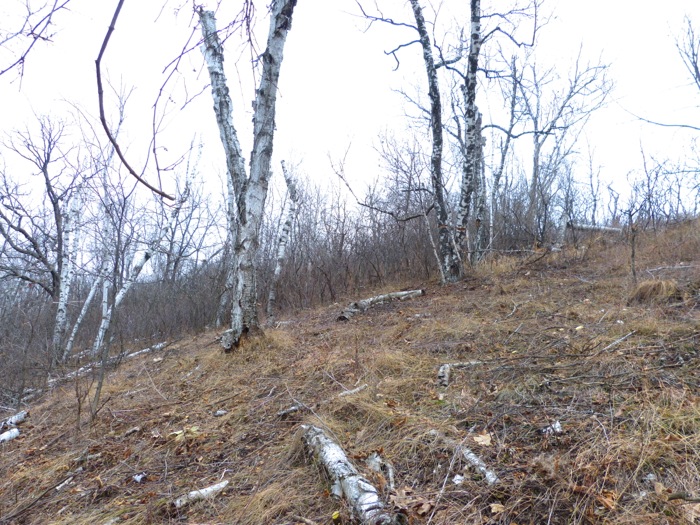 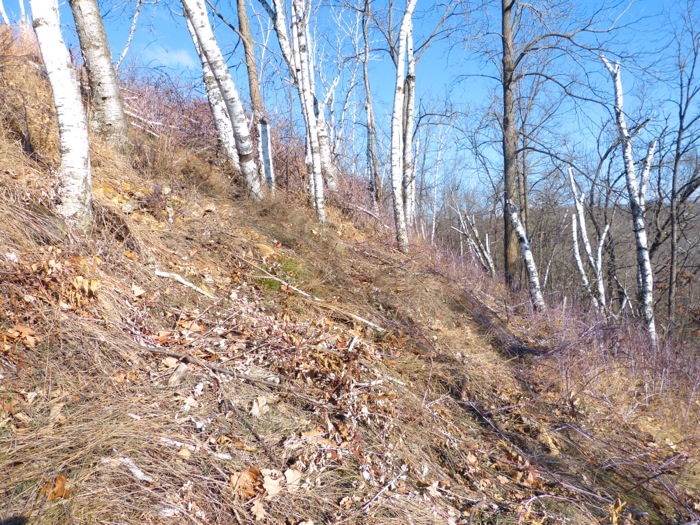 As I was clearing along the lower part of the west-facing slope, I discovered an area that I’d never seen before.  It’s a little hollow in the hillside, facing west, with big old oaks, and not much growing underneath them.  I’m calling it Lost Hollow – it’s a remnant savanna. 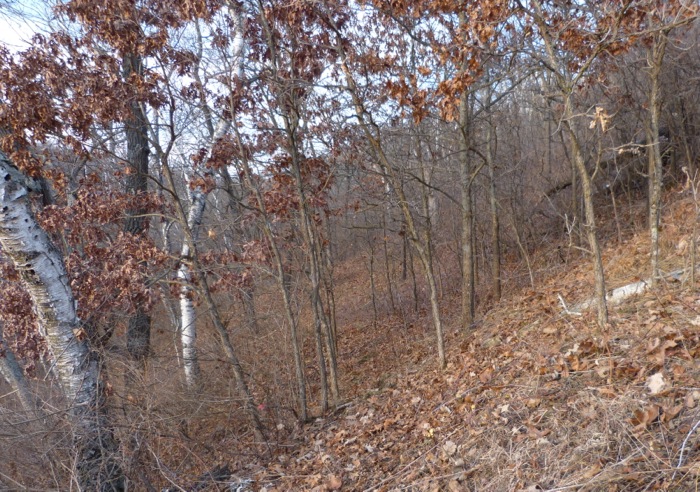 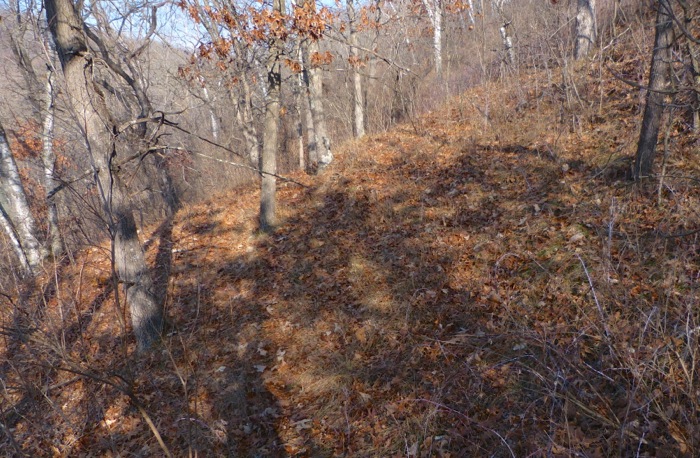 11/17/2012  This is one of the old oaks.  The holes were made by a Pileated Woodpecker.   There aren’t any fresh holes, and some of the old ones have almost completely grown over. 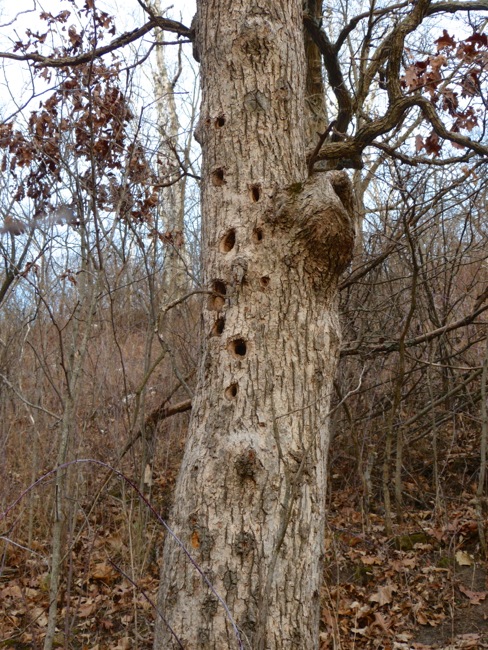 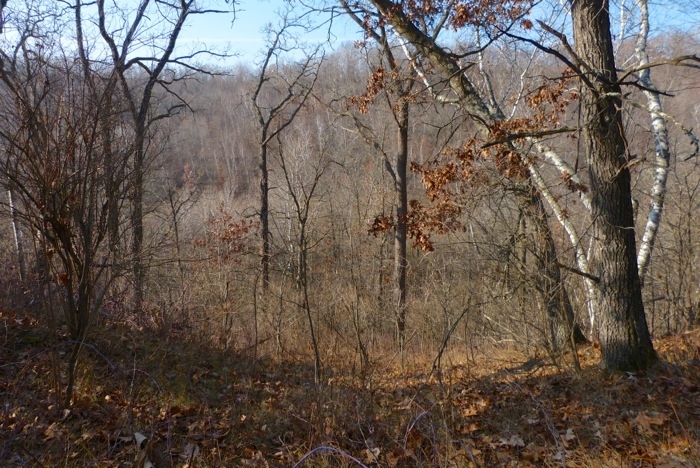