6/8/2008   Indian Paintbrush and Golden Alexander near the house 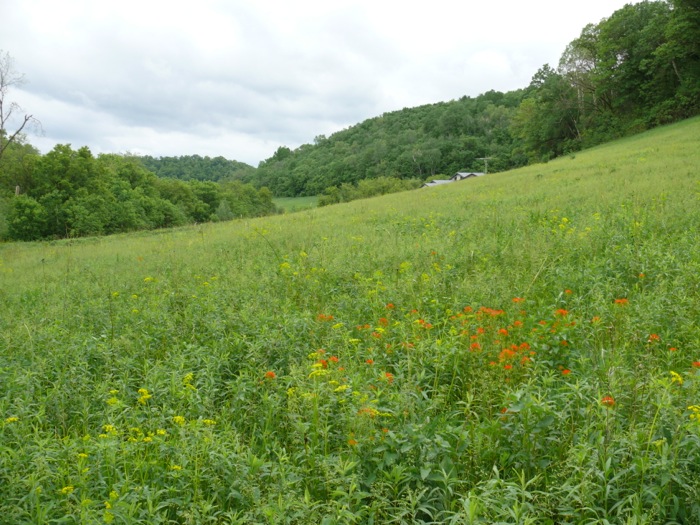 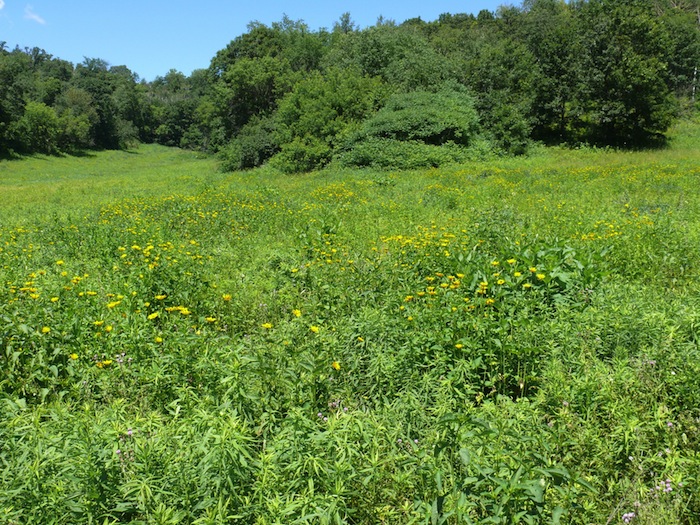 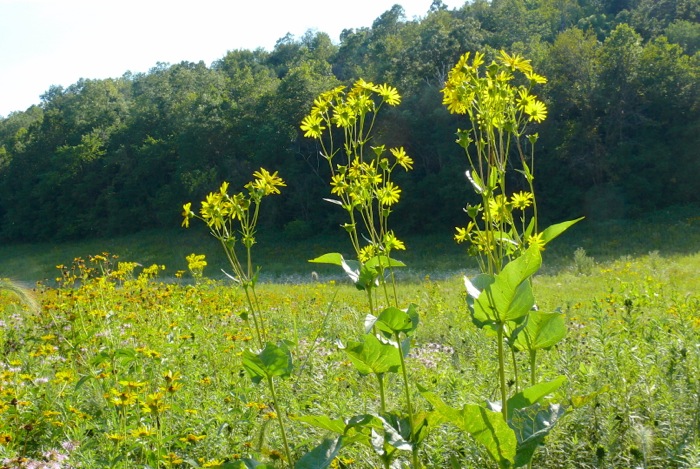 8/17/2008   This is a dry area in the middle of the widest part of the valley.  There are several of these areas, but this is the one we see most often, since it’s right next to our walking path.  They’re odd places – with different plants growing there than anywhere else.  I think it must be because of the soil – I noticed when I planted it that there were places where the soil was very sandy.  Sandy soil is good for prairie plants but not so good for weeds.  So these areas have many more prairie plants, fewer weeds, and less Canada Goldenrod. 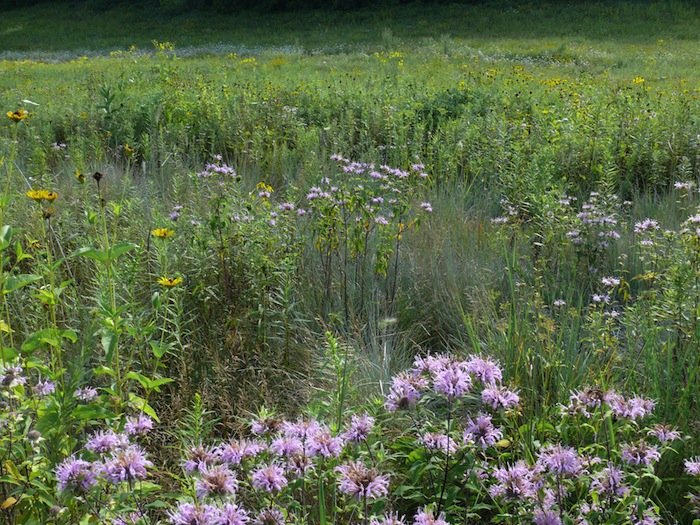 8/17/2008  Another look at plants in the dry area – the dominant grass is Little Bluestem,  rather than the Indian Grass that’s in most of the prairie. 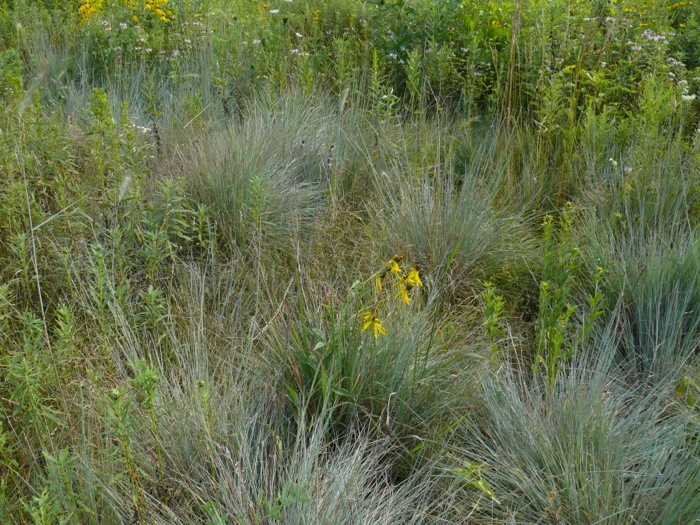 8/22/2008  This is part of the wet area that we replanted in 2006.  It still has lots of Queen Anne’s Lace, but this year there are Black-eyed Susans, Monarda, and lots of Field Thistle (Cirsium discolor – a wonderful, tall, native thistle). 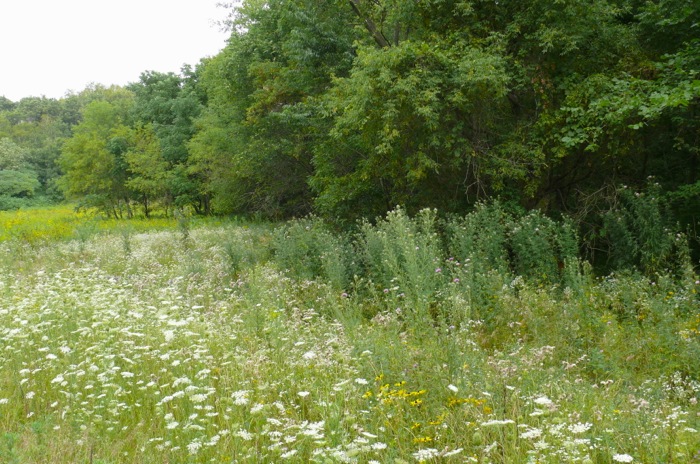 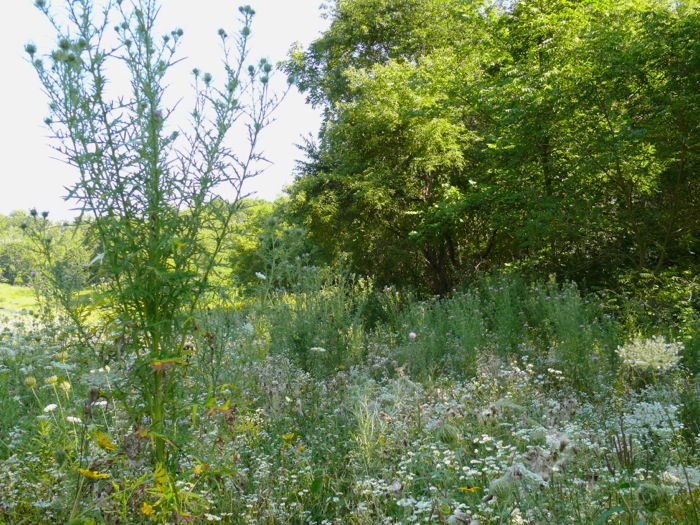 9/1/2008  Another, slightly later, photo of the Field Thistle.  Native thistles are not nearly as aggressive as invasive alien thistles, and they’re very attractive to insects as nectar plants. 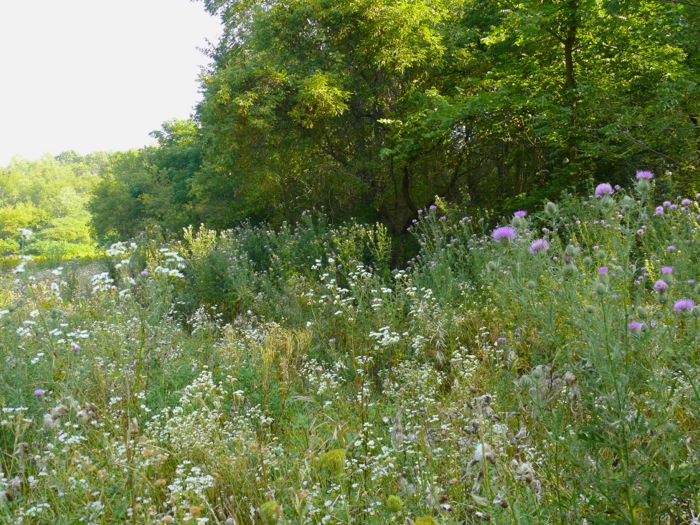 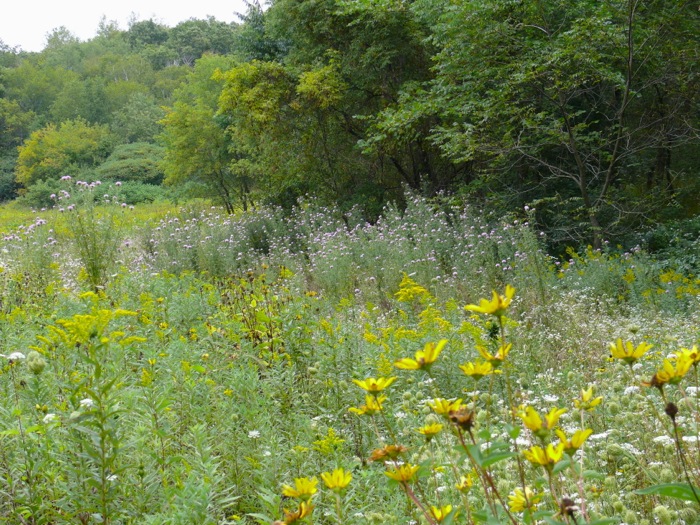 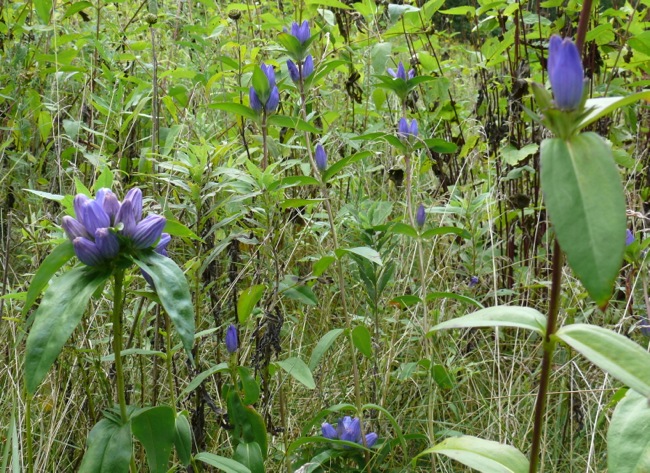 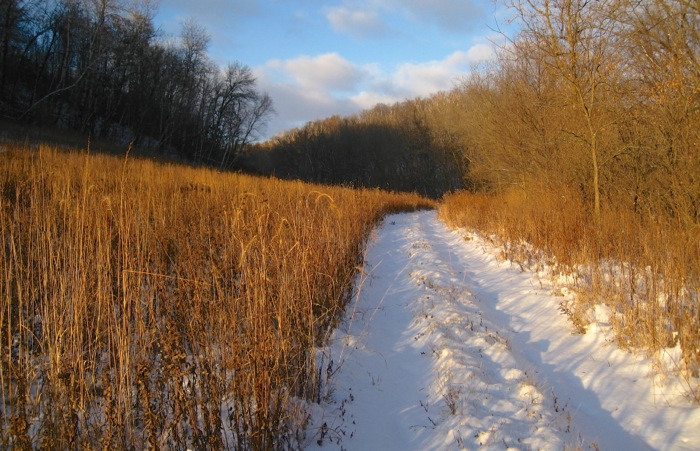