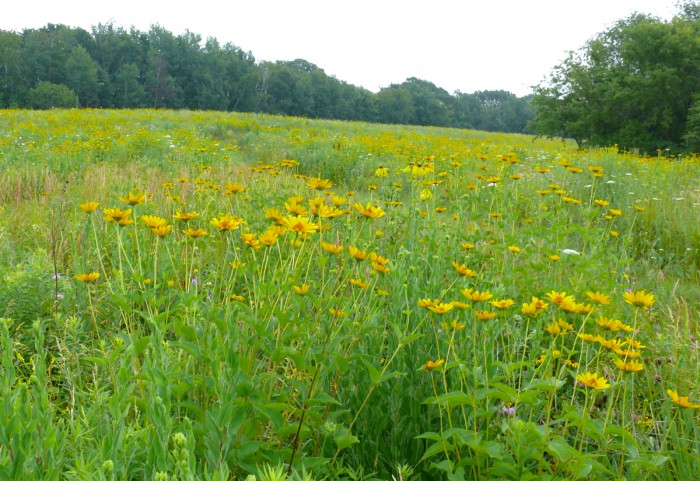 The Narrows Prairie is a 14 acre field at the northernmost edge of our land.  We planted it with prairie seeds in the winter of 2003/2004, broadcasting the seed by hand.

This is an aerial photo showing its location. 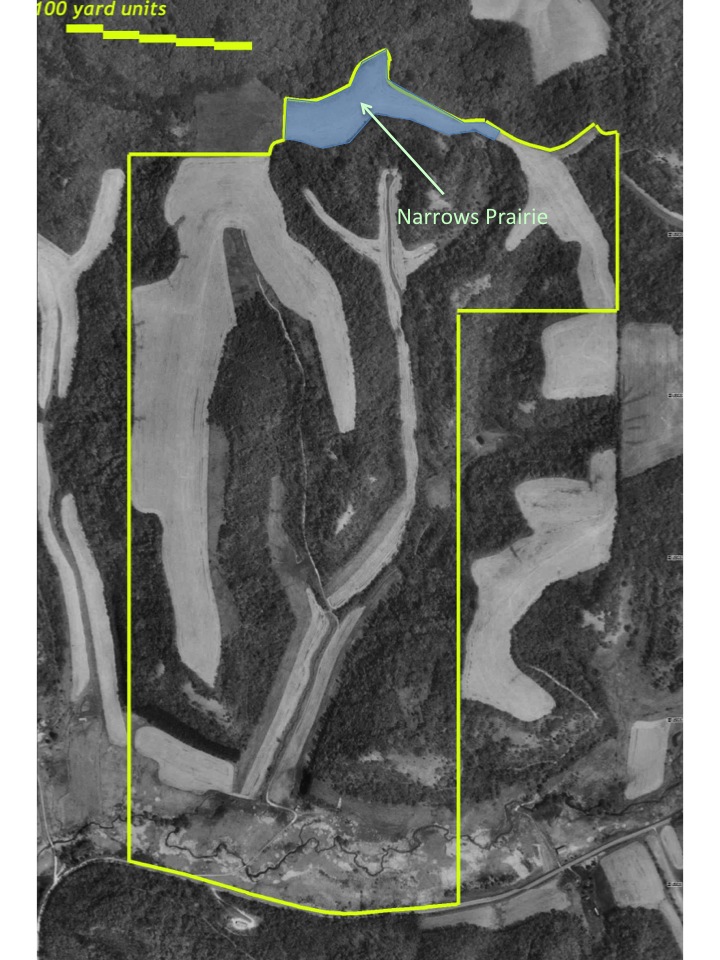 The center of this prairie has always had problems with aspen sprouts.   I’ve girdled all the mature aspens along the south side of the prairie, but the north side belongs to our neighbor, so there’s nothing I can do about them.  We’re thinking (maybe hoping) that the sprouts coming up in the prairie are fewer and smaller every year, but we’re not sure, so we mow them in mid-summer to keep the prairie from turning into an aspen forest.  We try to mow only the areas with sprouts, and leave the sprout-free areas unmowed.   (Patchy management)  This photo of the mowed and unmowed areas is from 2015. 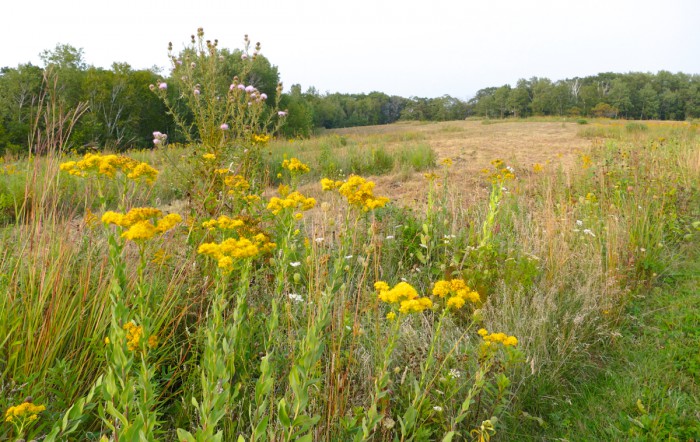 This is the favorite prairie for migrating monarchs so we’re careful to wait until the migration has passed through before we start to mow.  We wonder if the monarchs stop here because it’s an east-west ridge, so they fly across it as they fly south.  It does have lots of fall flowers that migrating monarchs use for nectar:  Stiff and Showy Goldenrod, Rough Blazing Star, and Asters, especially New England Aster. 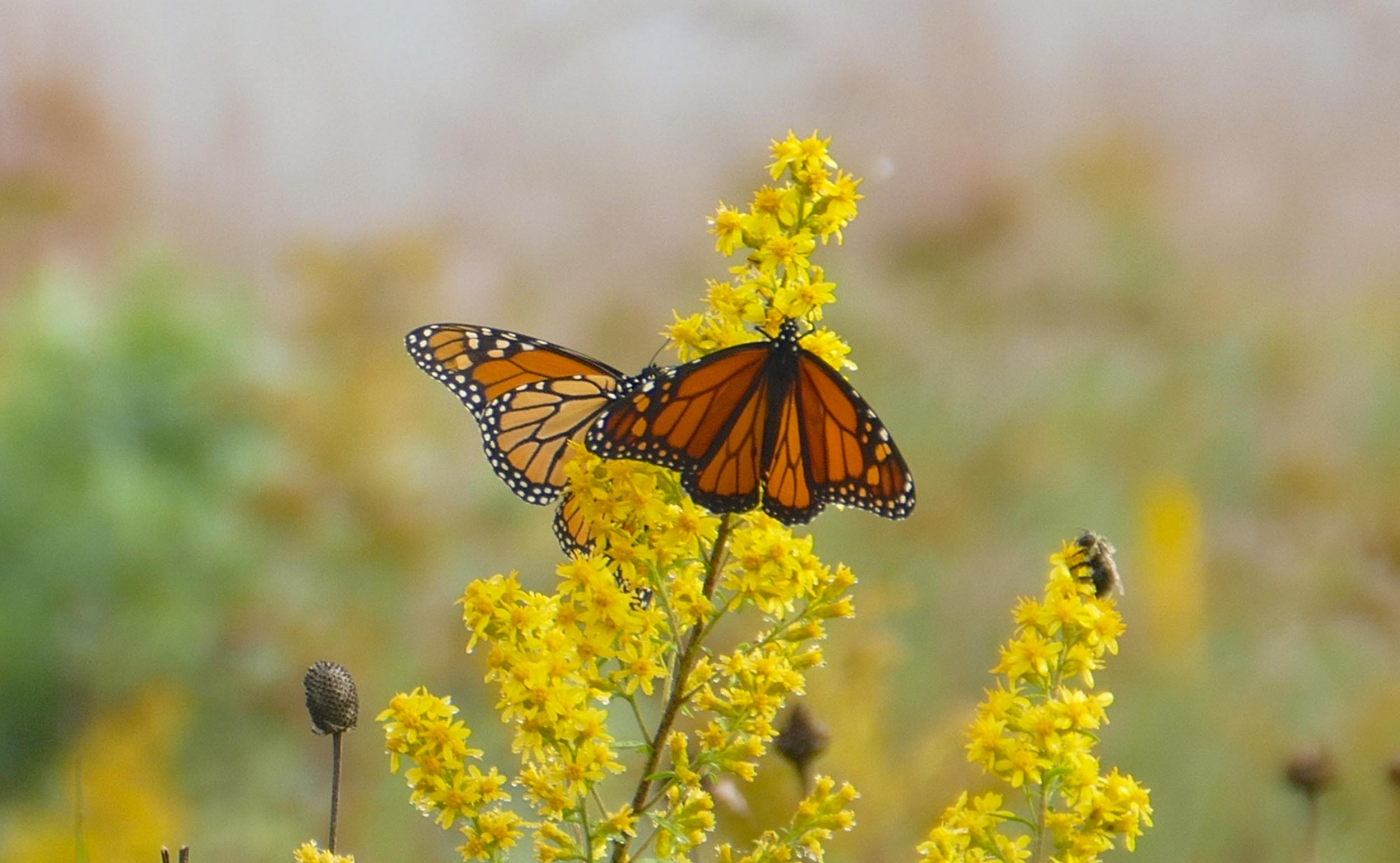 On a cool windy September day in 2020 we found numerous small monarch roosts in the trees along the south edge of the prairie. 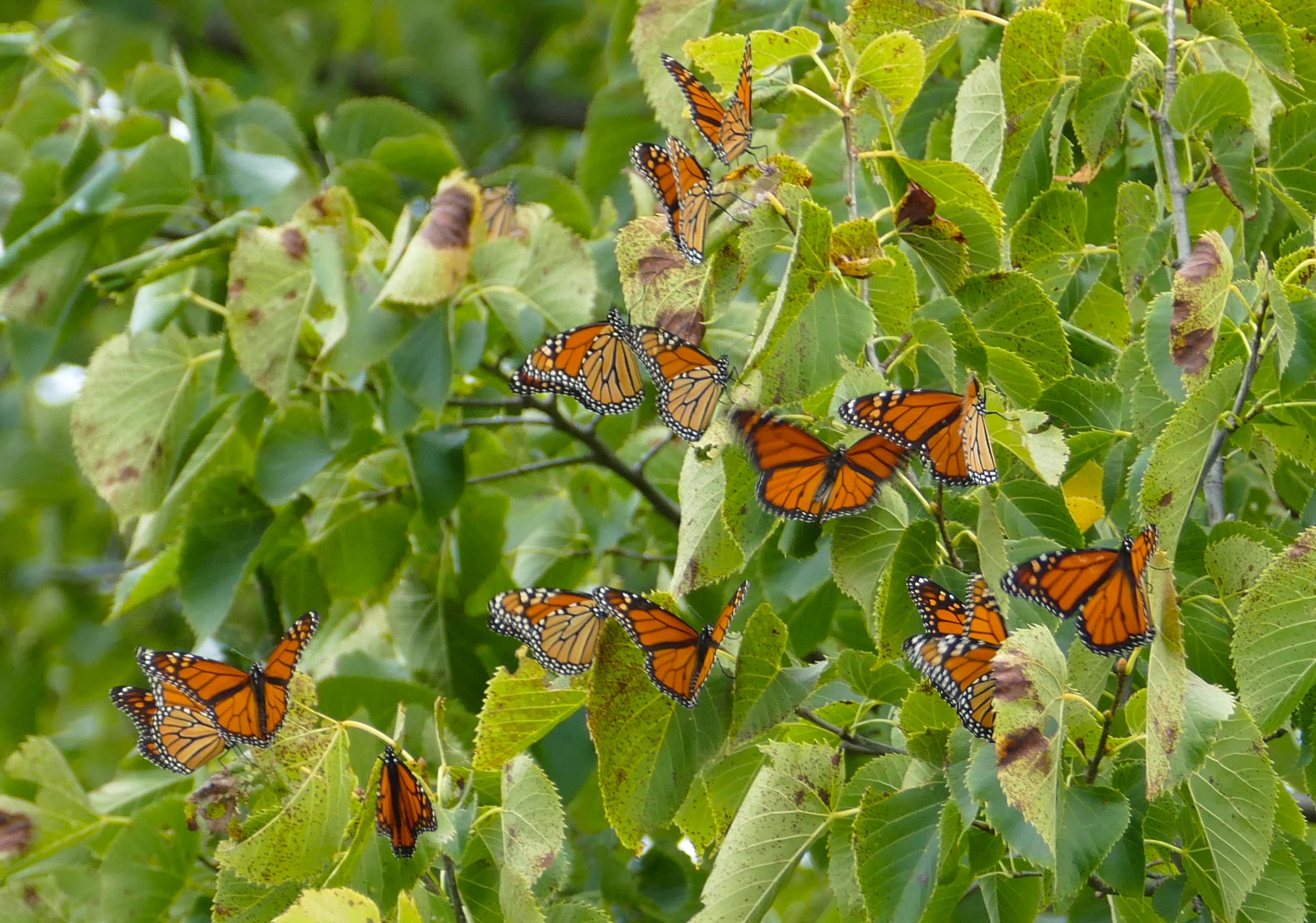 Here’s the list of seeds I planted, and plants I’ve found growing in the prairie in subsequent years.