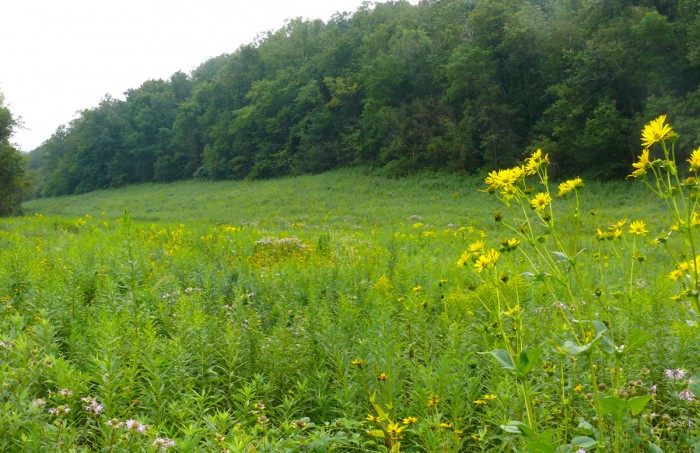 3 Finger Valley is a long, narrow valley that runs up the center of our land.  At the north end it splits into 3 short valleys.  It was the second of the fields that we planted with prairie – in the winter of 2001/2002.  It’s about 14 acres.  This aerial view shows its shape and location. 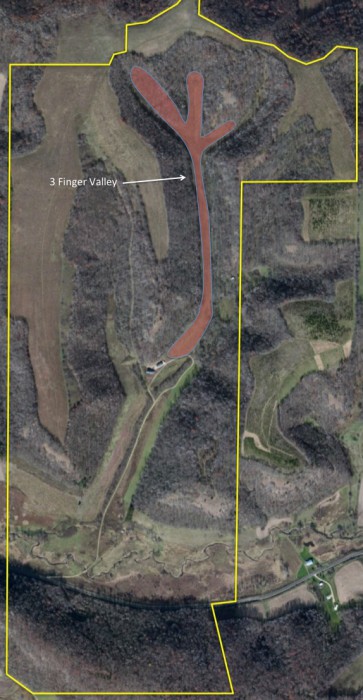 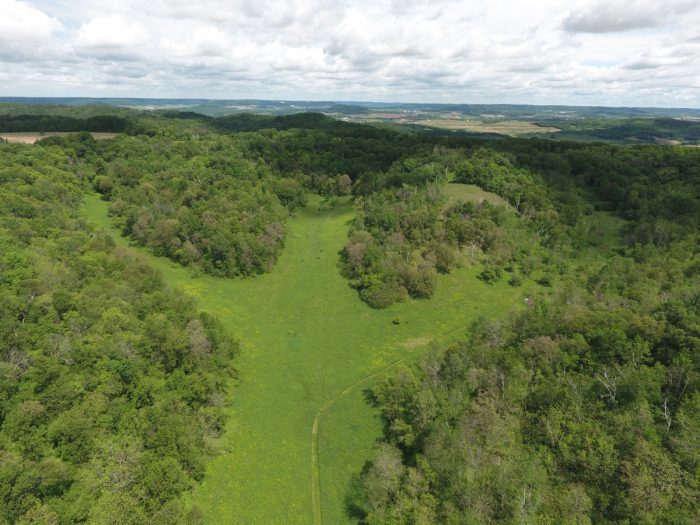 This is the place where the 3 fingers come together when it was still a soybean field, in the summer of 2000. 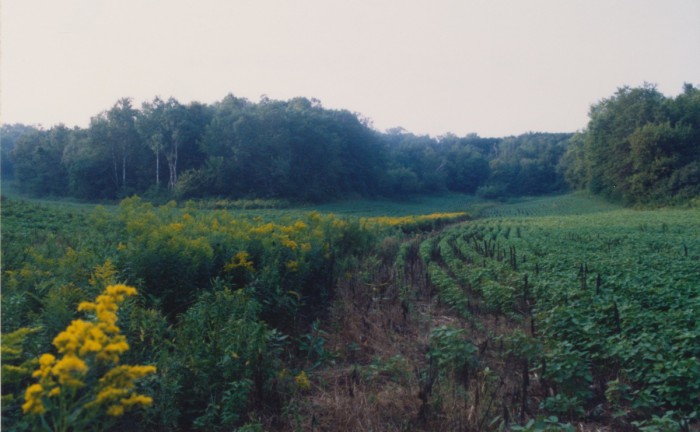 This is an old panorama photo from the place where the 3 fingers come together.   It was taken in September 2002, after the prairie had been growing for a year, and Mike had just mowed it.

It’s been a challenging prairie to maintain.  Since it’s at the bottom of the valley, and very narrow, it doesn’t get much sun.  Tree seedlings creep into the edges from the woods that surround it.  Originally the bottom of the valley was probably a wet, wooded stream, or at least an intermittent stream.  A stream still runs there on warm snow-melt days.

3/6/2005  This is one of the meltwater streams – at the top of the valley where the 3 fingers meet.  Since the prairie has come up, we haven’t seen anything like this much water. 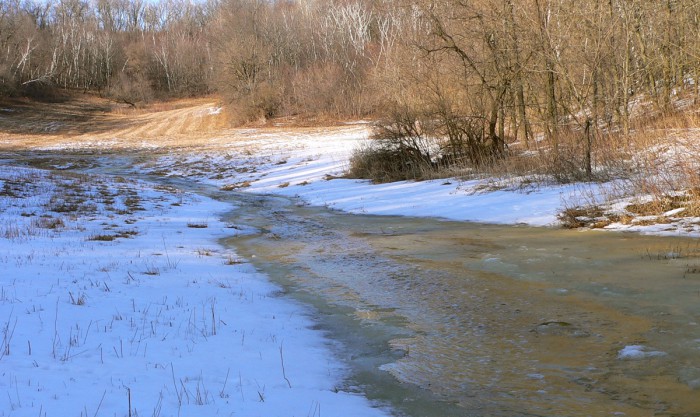 Most of this prairie is overgrown with less desirable natives like Canada Goldenrod.  But there are patches with more interesting and more diverse vegetation.  I think it might depend on the soils – the places with more interesting plants seem to have sandier soil.    This is one of those places – it’s large and near the path, so we see it more often than the others. 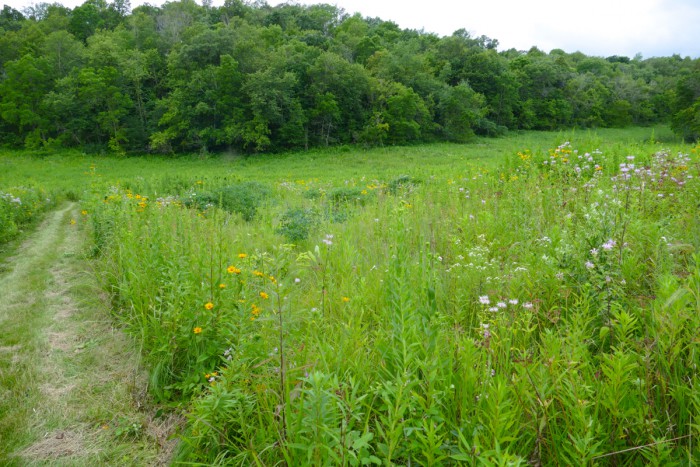