Information on this species from Massachusetts

I find these caterpillars every summer, almost all of them on Whorled Milkweed (Asclepias verticillata) plants on remnant bluff prairies. 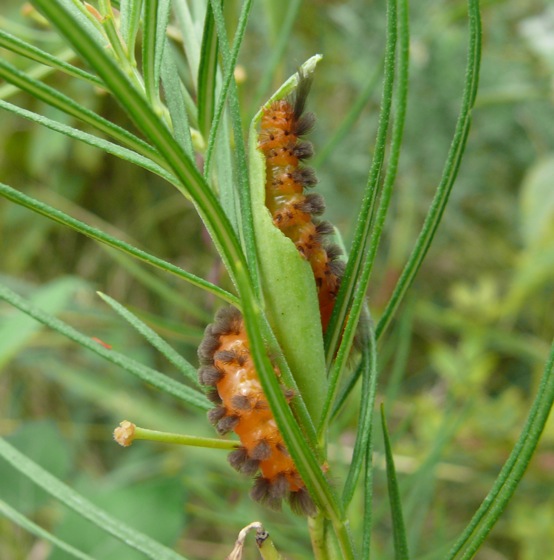 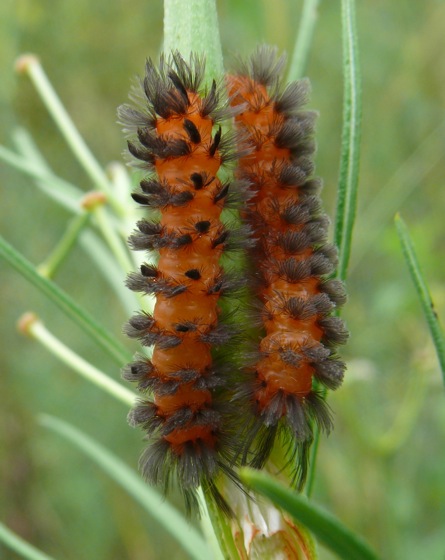 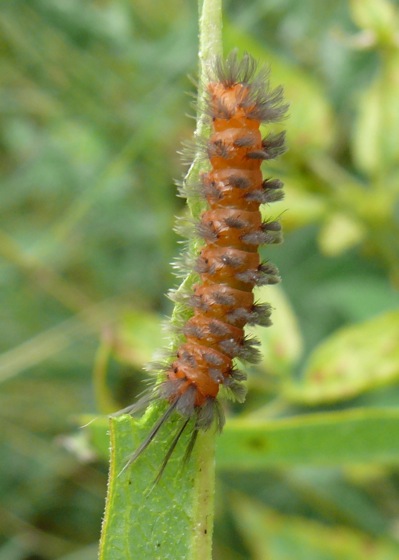 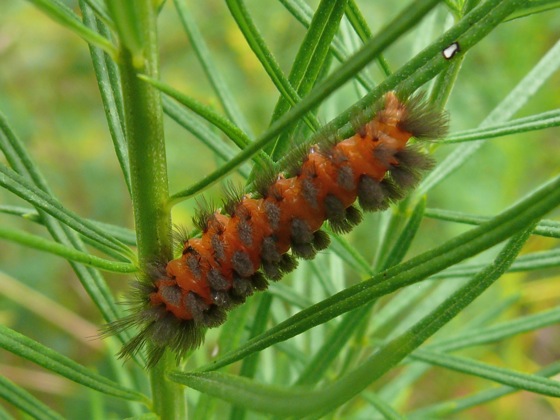 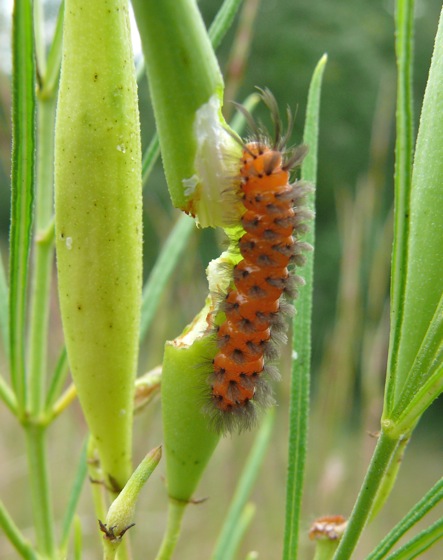 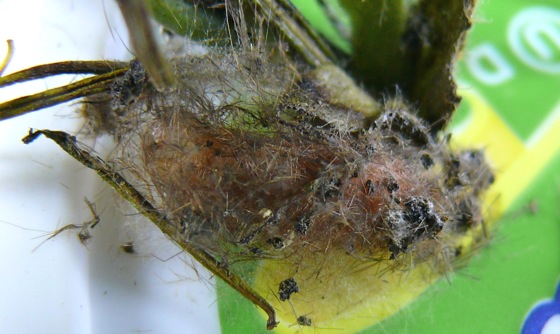 3 pupae were kept over the winter wrapped in a paper towel, then placed in a clay flowerpot buried in the ground up to the rim, and covered with a clay saucer.  They were removed from the flowerpot at the end of March 2012, and put into a jar on my screened porch.

5/20/2012  This moth hatched with one deformed wing.  I think I had damaged the pupa when I moved it into the flowerpot last fall. 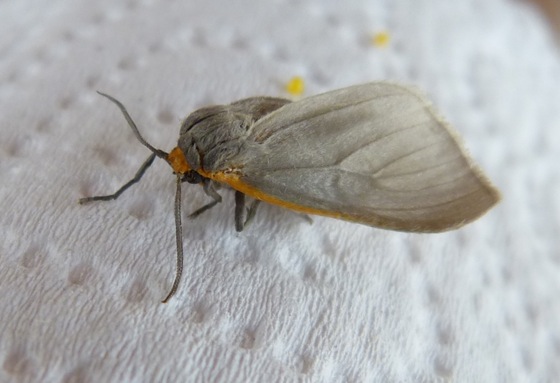 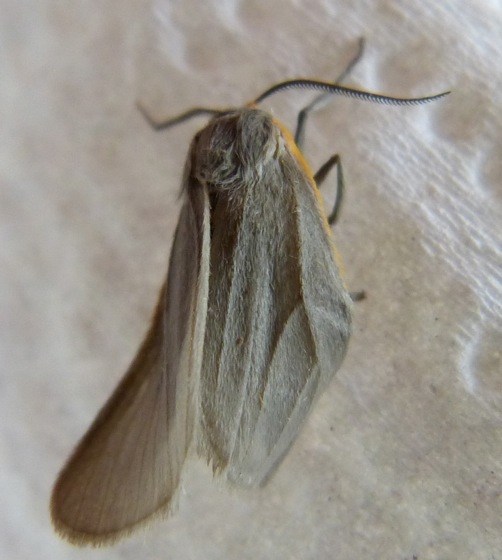 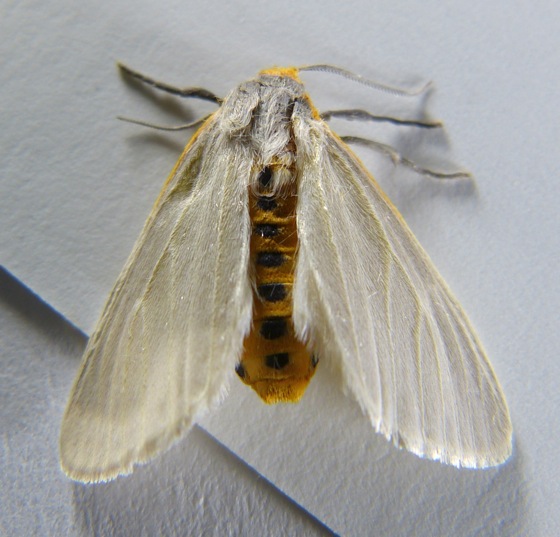 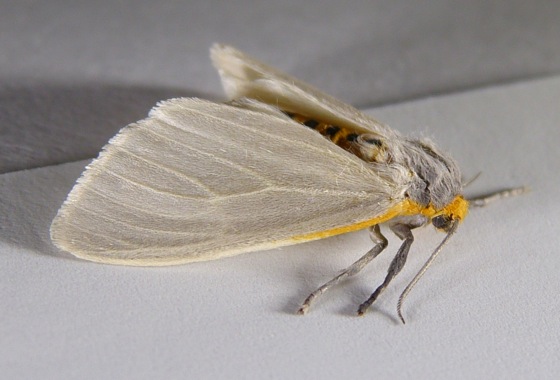 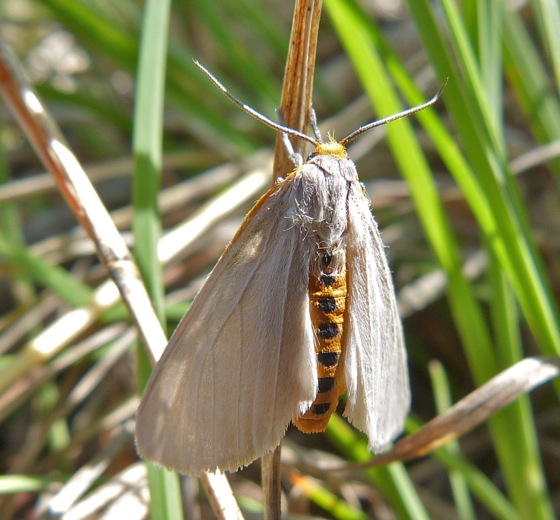 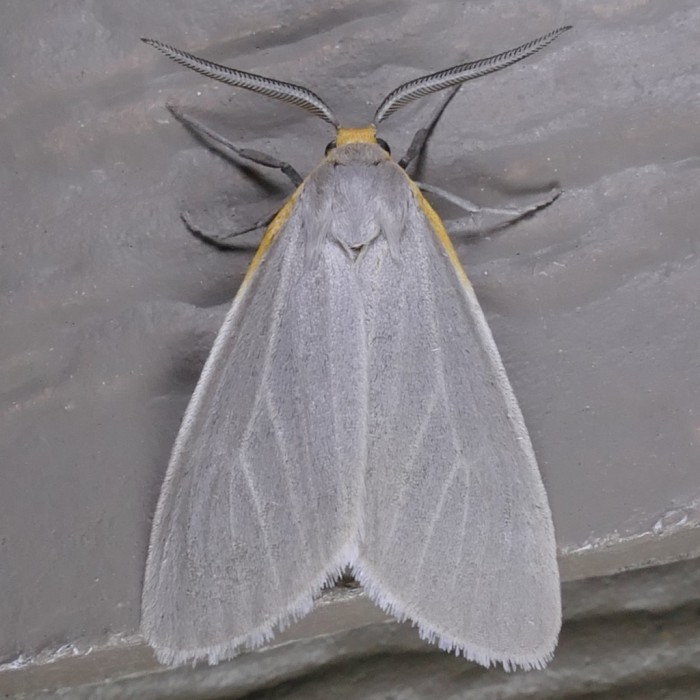