It’s been a long time since the last blog post – we’re in a whole new season now.  Everything feels like summer except for the temperature.  The leaves are green and lush and thick, and birds are singing everywhere.  It’s been a lovely, cool, slow spring.  Many of the spring flowers are still in bloom, and now the early summer flowers are starting. 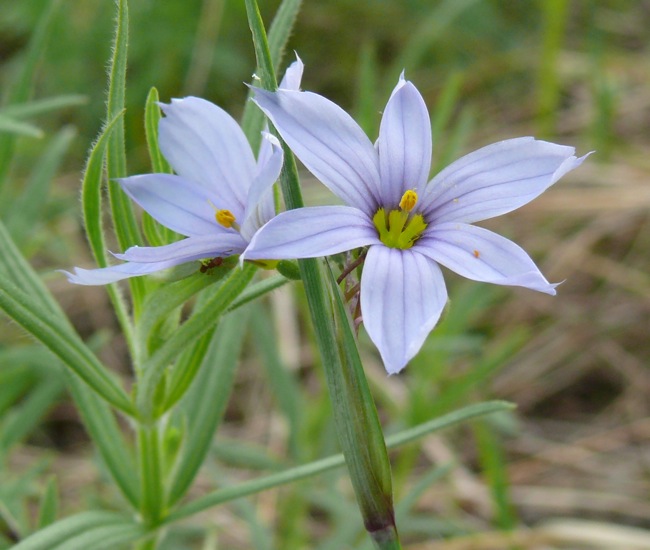 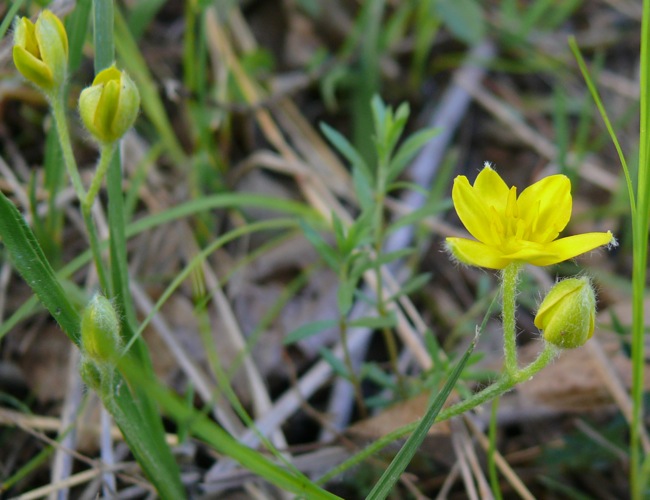 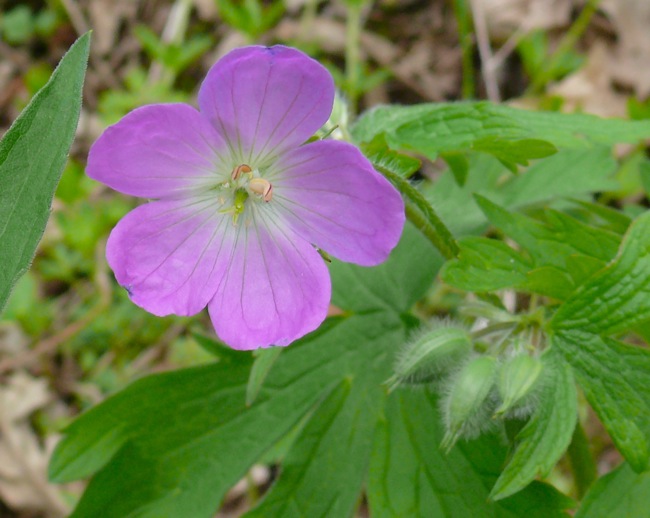 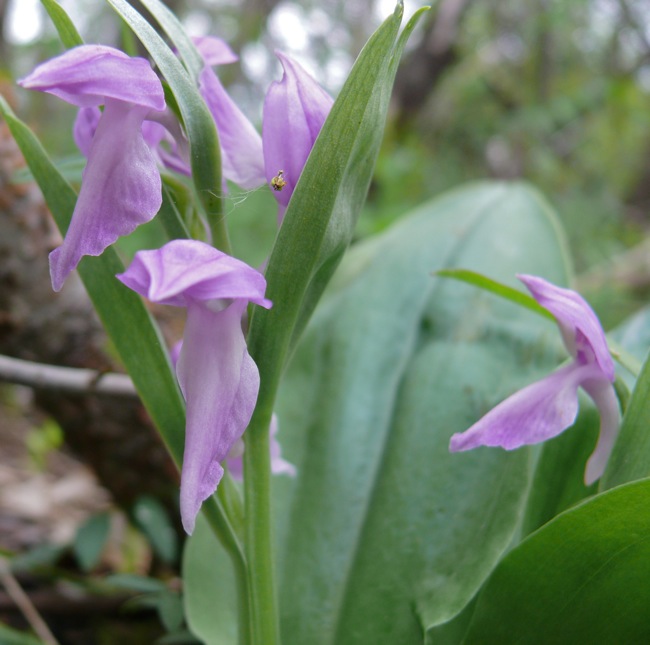 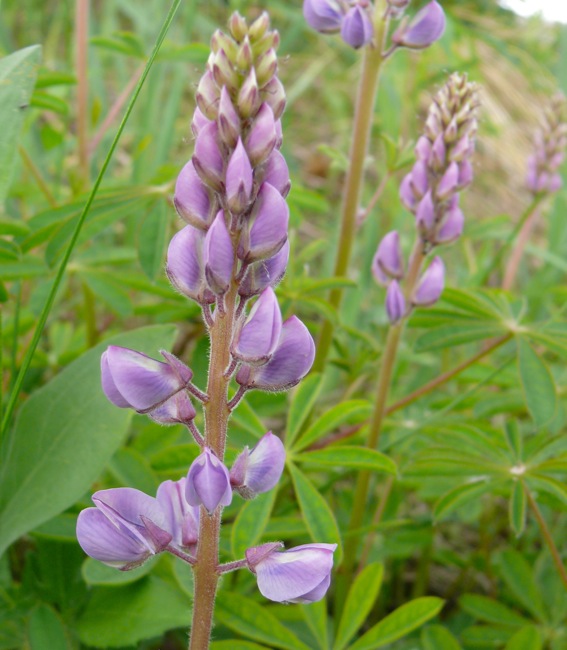 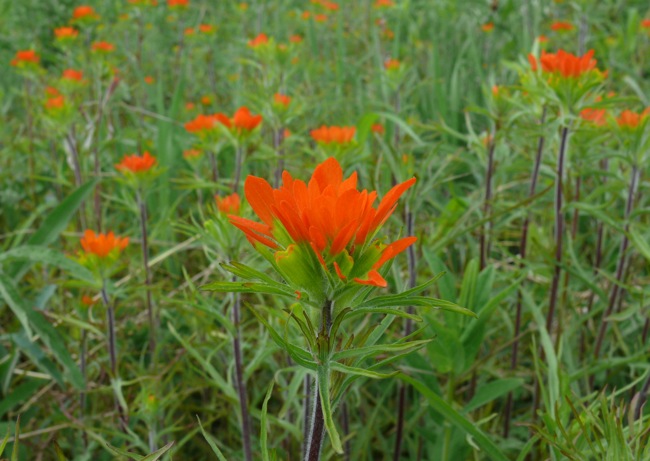 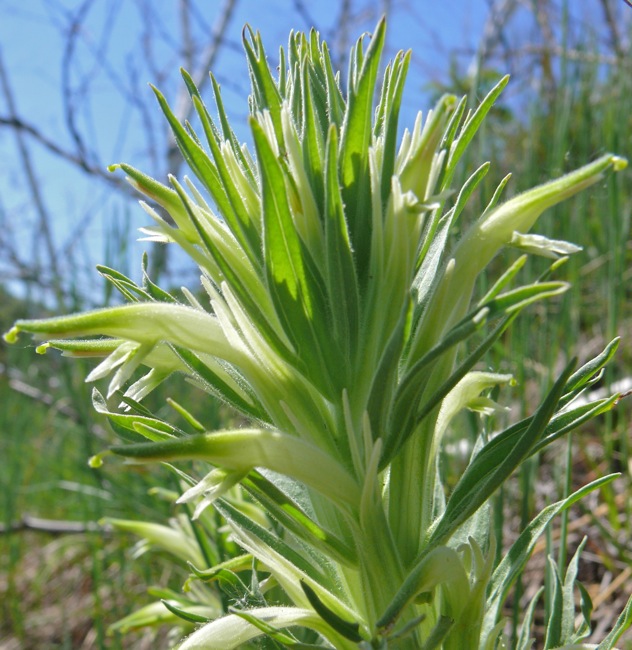 Wild Columbine on Indian Grass Point – there’s lots of it on the western slope where I’ve been clearing out brush. 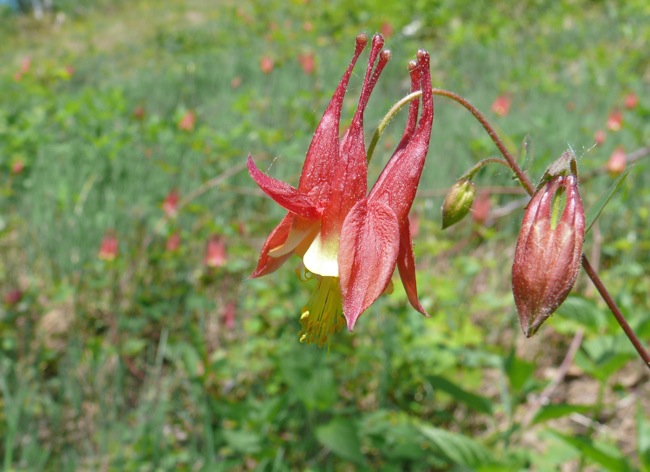 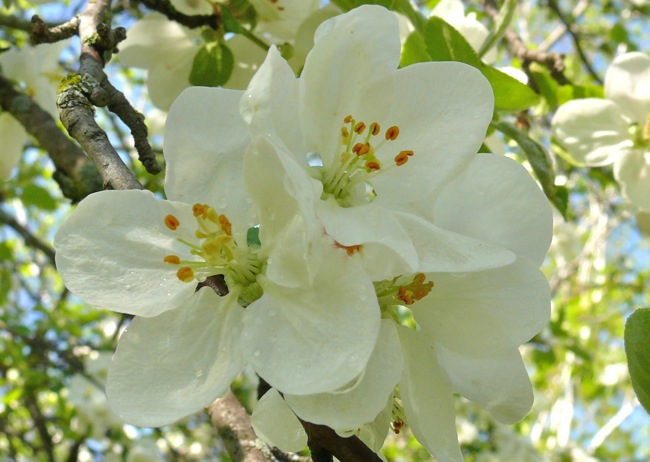 This is the part of Hidden Oaks Point that I cleared a few years ago.  It’s so nice to see the prairie plants recovering.  The yellow flowers are Hoary Puccoon. 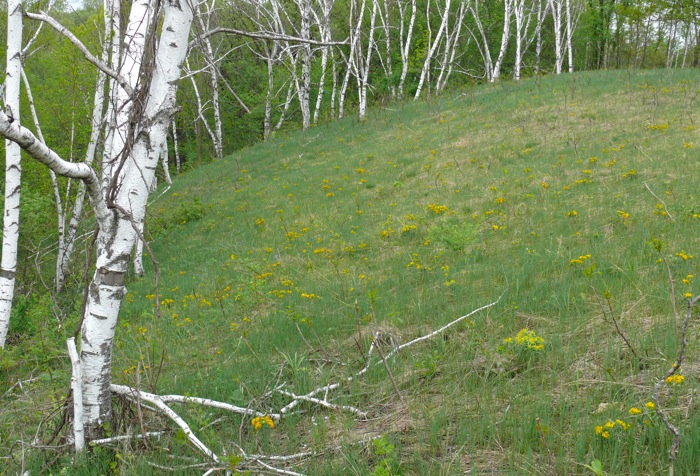 This is the ‘before’ view of that same hillside – just before I cleared away the brush – in September 2008. 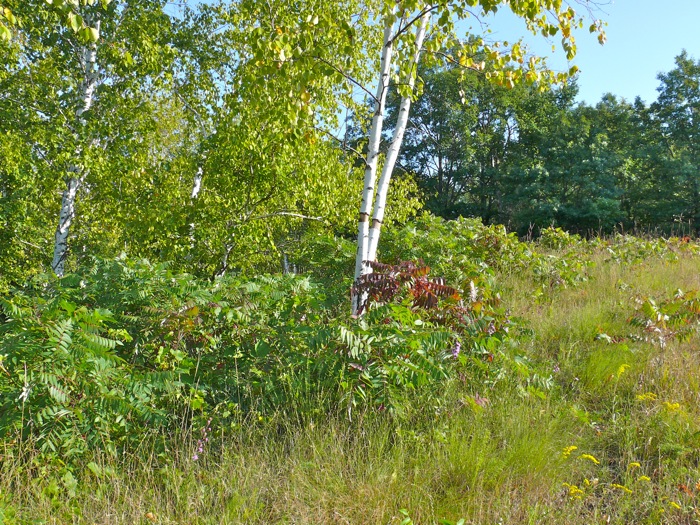 Fringed Puccoon – I found this growing along the edge of the driveway, next to the dry prairie area I planted by the house.  I’ve been throwing seeds from all my favorite prairie plants there in hopes that they’ll find a spot they like.   I never expected the Puccoons to grow – they’re difficult to cultivate – nurseries don’t sell them because they haven’t figured out how to grow them.  So I’m thrilled to have two plants of Fringed Puccoon show up this year! 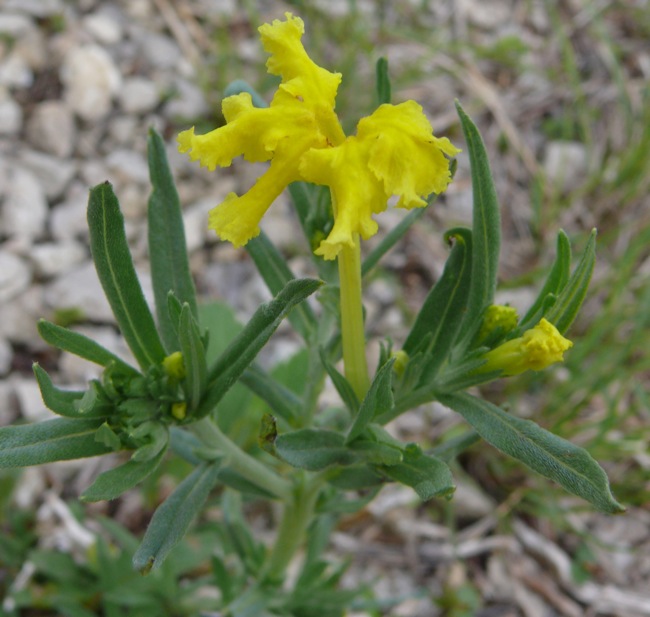 I’ve seen a few morels.  We don’t have a lot of them – never enough for a meal – but enough to enjoy seeing them occasionally in the woods. 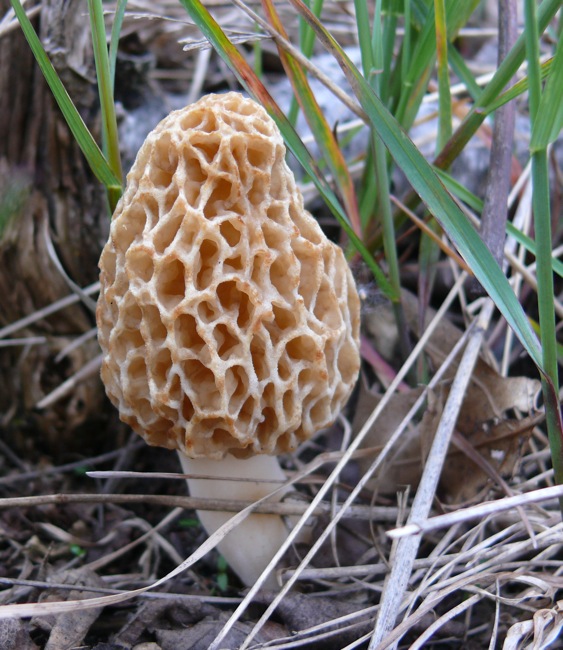 There have been some nights when it’s been warm enough to put up my moth lights.  One night I got this strange bug – a Giant Stonefly.  It was about 3 inches long. 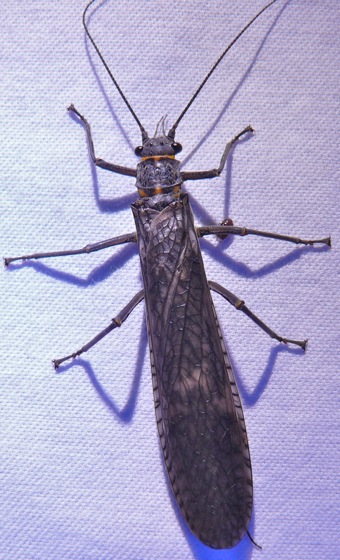 I’ve seen some nice moths too.

This is a Virginia Tiger Moth.  From the top, its wings are all white. 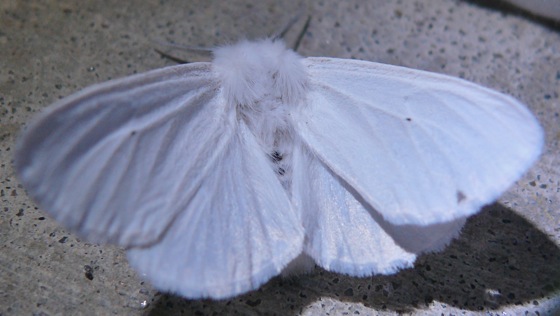 But when it flies, you can see the bright yellow and black spots on its body.  It was tricky to get a photo of those spots. 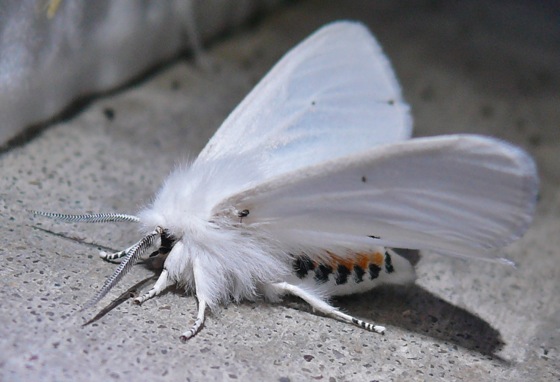 My first Sphinx Moth of the season – a One-eyed Sphinx.  The eye spots are usually hidden unless the moth is startled.

A nice one that I’d never seen before – a Double-toothed Prominent. 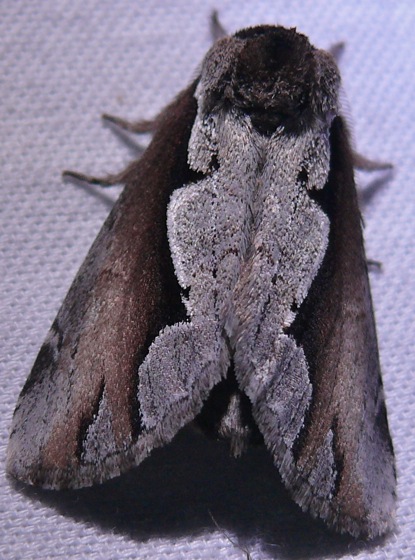 Another great creature we saw this week was a snake.  I think it’s just a Common Garter Snake, but it’s larger than other garter snakes we’ve seen, and has some markings suggesting that it might be a Plains Garter Snake – a species of special concern in Wisconsin.  I’m always hoping for new, unusual creatures. 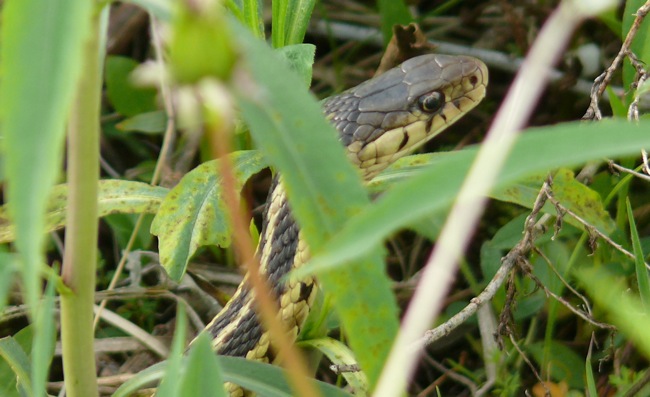 I think it might be blind in one eye. 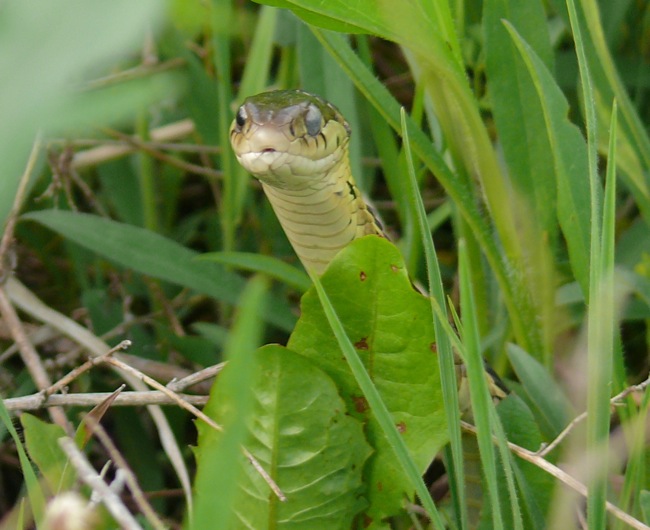 I’ve been pulling Garlic Mustard for what seems like weeks!  I finally finished yesterday – at least for now.  As I’ve been driving along the edges of our fields, I’ve scared up several American Woodcocks from their nests.  Woodcocks make their nests on the ground using just a few dead leaves.  I think the egg in the foreground is starting to hatch – there’s a small hole in the shell. 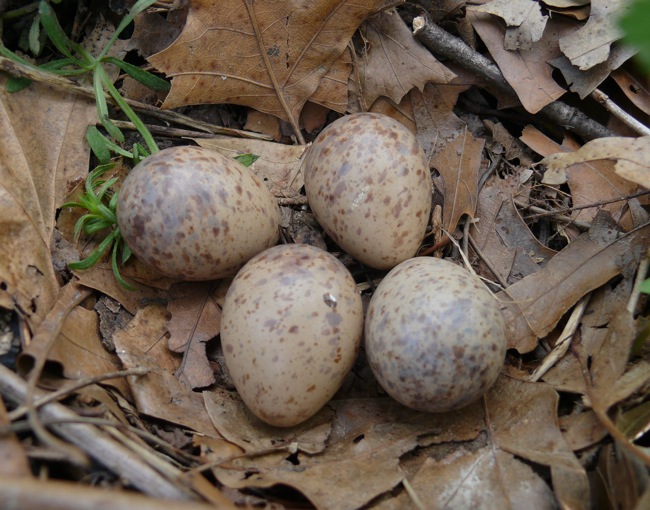 Meadow Fritillary – the first of the Fritillaries 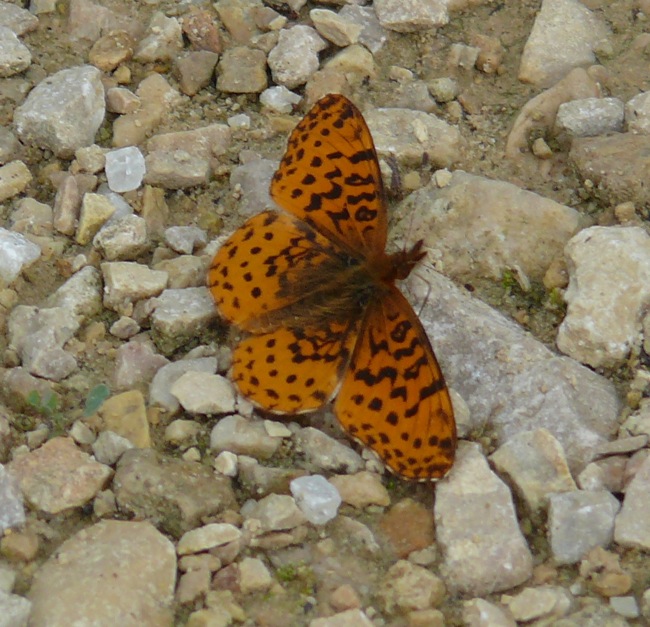 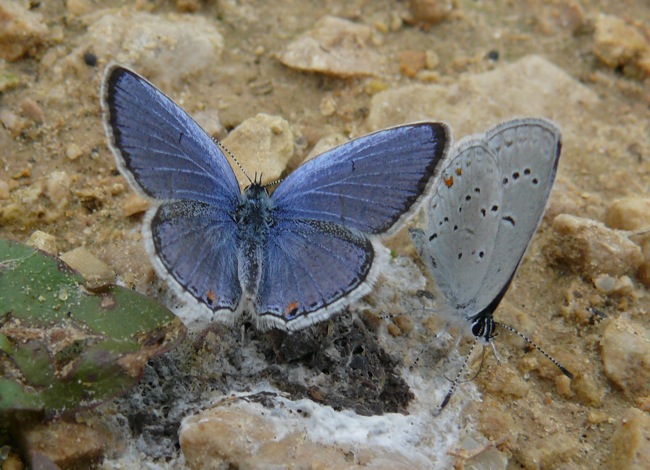 First Scarlet Tanager of the year 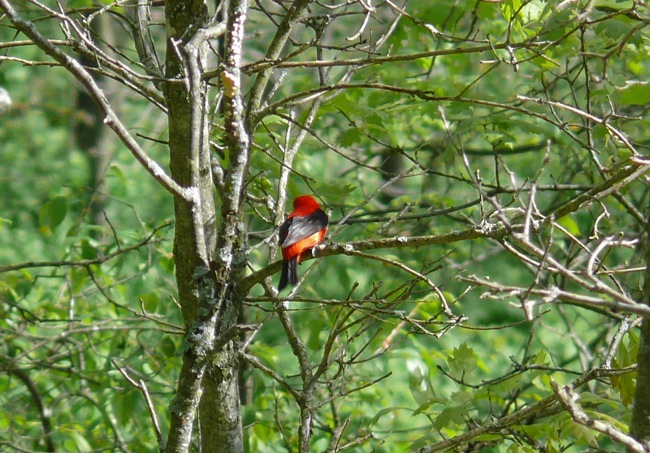 The moths I reared and kept over the winter are beginning to hatch.  This was the first one – a Nessus Sphinx. 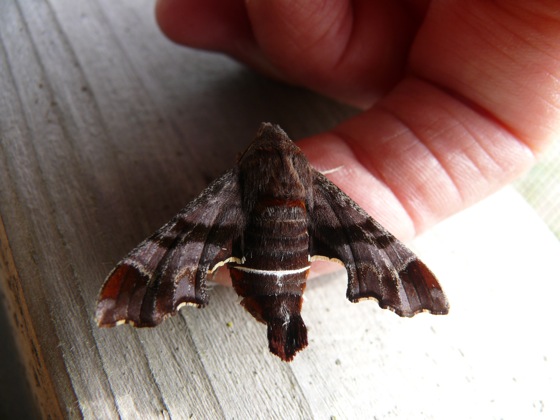 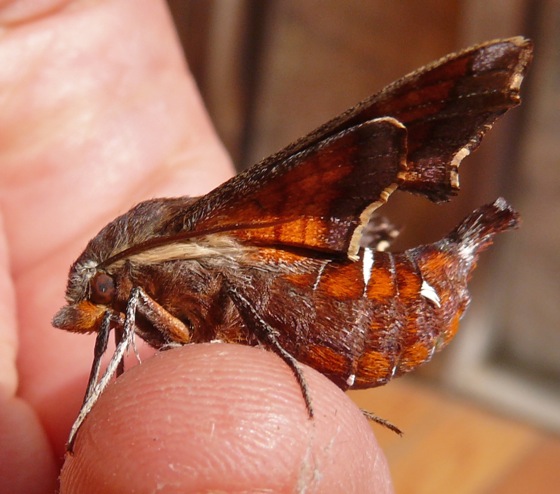