I’m getting behind in writing the blog again – there’s just too much going on.

I’ve been trying to get a lot done because the weather is starting to get hot, so soon it will be difficult to work outside in the middle of the day. Today it’s very hot – 90 degrees – so I don’t feel at all guilty about sitting inside working at the computer.

Martha came down again last week to help, and we did some more aspen girdling – probably the last for this year. We worked on the west side of Hidden Oaks Point – an area that I’ve never explored much before.

She also helped me pull the rest of the stakes out of last year’s planting in Western Field.

There are several nice birds that I think are nesting in Western Prairie. I’ve been seeing both Horned Larks and Grasshopper Sparrows singing from the tops of the stakes. 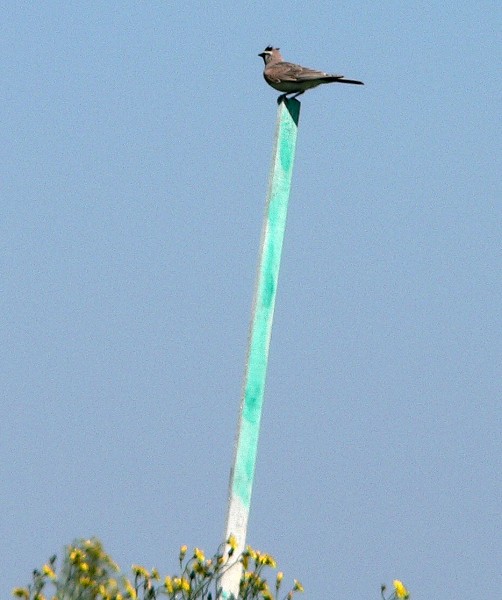 I felt a little bad about taking the stakes out, but I needed to get it done soon so Mike can mow. We’ll wait a week or two to mow in hopes that the birds will be finished with their nests.

While we were driving around collecting stakes, we found a large patch of a strange plant growing in the weedy edge of the field. It turned out to be Poison Hemlock (Conium maculatum), the same plant that was used to kill Socrates. It was introduced to the US either by accident or as a medicinal plant, but it’s so poisonous that it’s not very reliable as a medicine. It’s now found in small areas in most of the country. I decided that besides being a non native, I didn’t like having something that poisonous on our land, so I pulled out as much of it as I could. 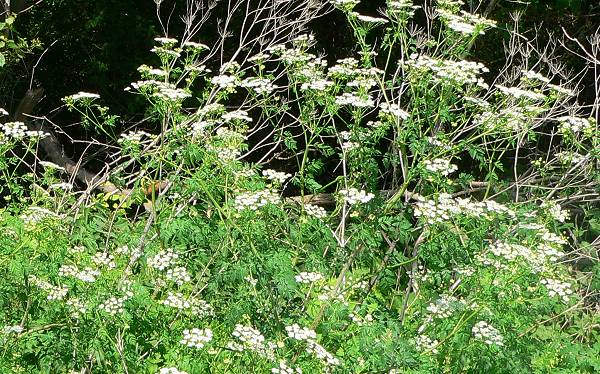 Buffalo Ridge Prairie is full of blooming June Grass. I’m a little concerned that I planted too much, but I was worried about that a few years ago in the Cat’s Paw Prairie, and now it seems to be better. So it may be a good cover crop for a few years until other things take over. 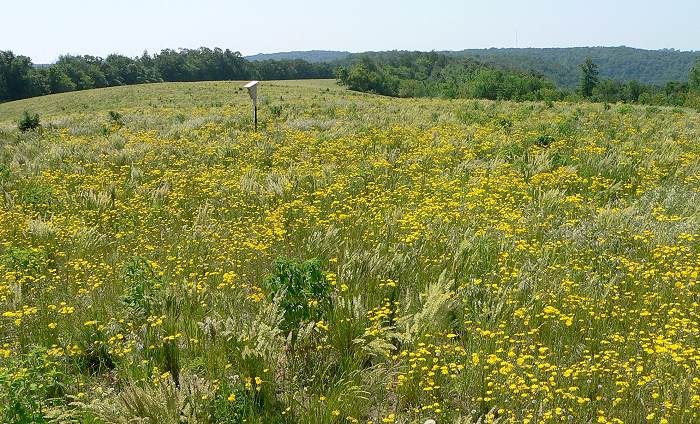 There are many other prairie plants blooming there now, including 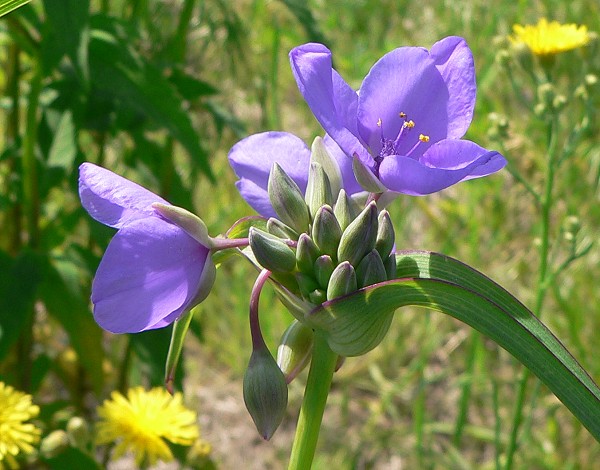 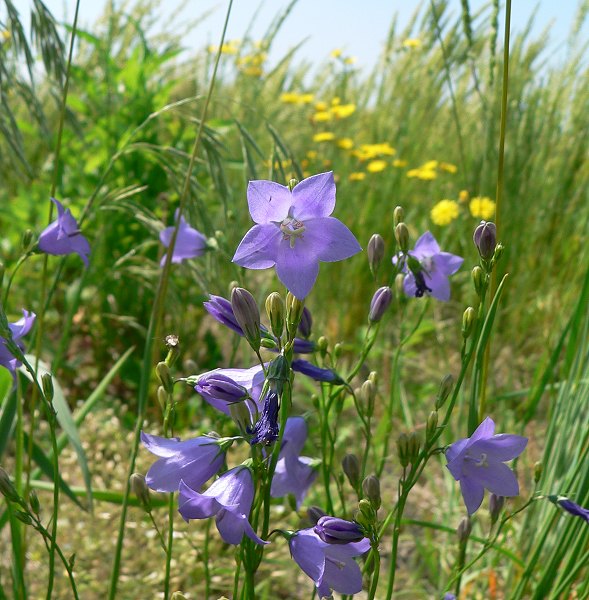 Low Bindweed (Calystegia spithamaea) is a gorgeous flower that only blooms in the early mornings. As soon as the sun comes out and the day starts to heat up, the flowers close. It’s related to a Morning Glory, and the flowers are about 4 inches across.

This flower is starting to close. 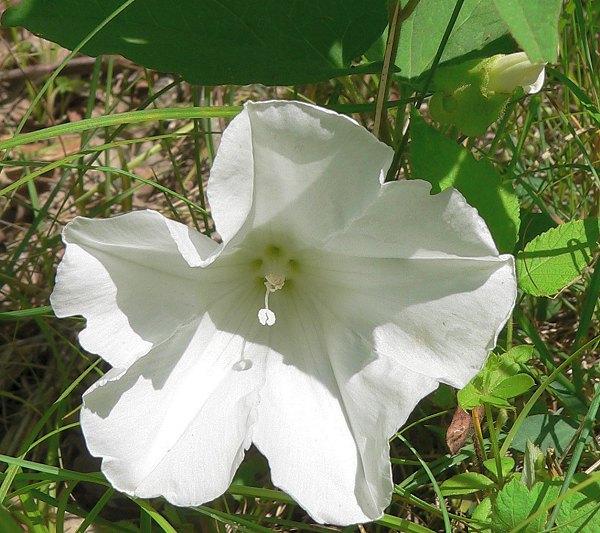 Here’s a picture showing a plant with several closed flowers. 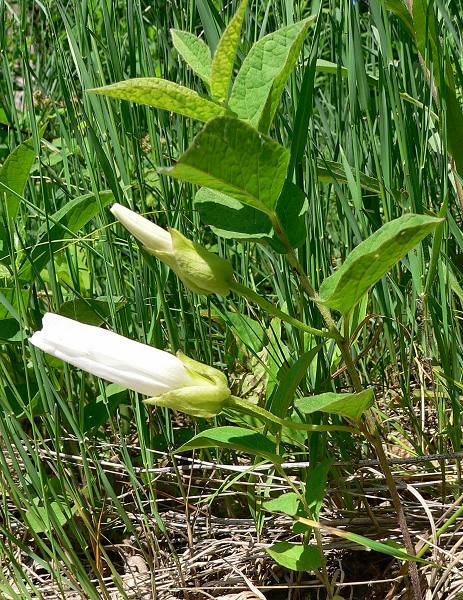 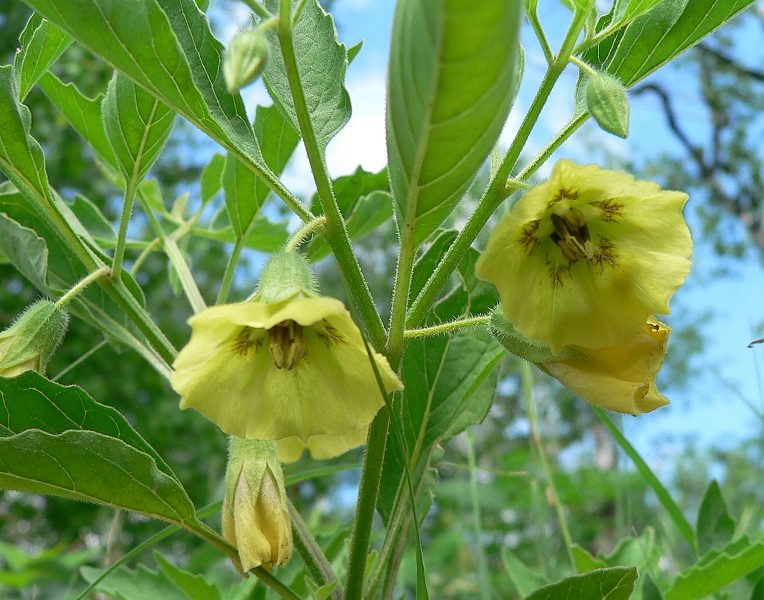 This is Green Twayblade (Liparis loselii), an orchid that grows in the wet end of one of our prairie fields. It has beautiful little spidery green flowers. 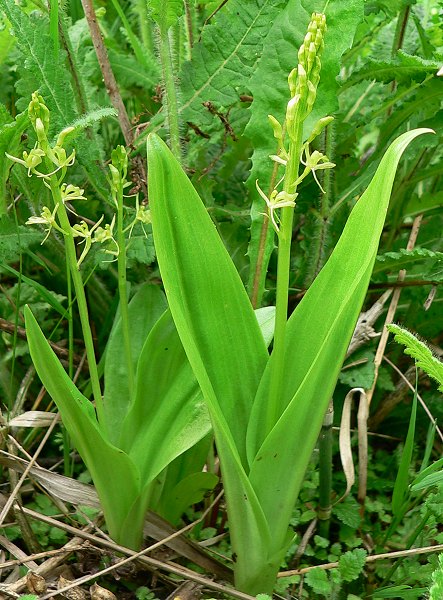 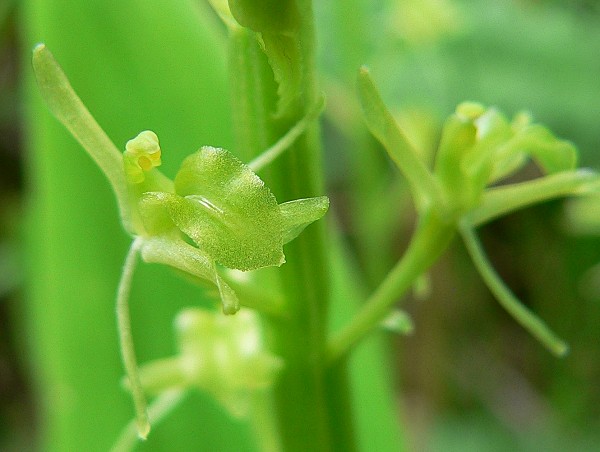 I found the largest patch I’ve ever seen of Balsam Ragwort (Senecio paupercula), growing at the edge of one of the prairie openings on Indian Grass Point. It’s been overgrown by some big, old Sumacs, and lots of Prickly Ash. This winter I’ll clear away some of the brush and give it more sun. 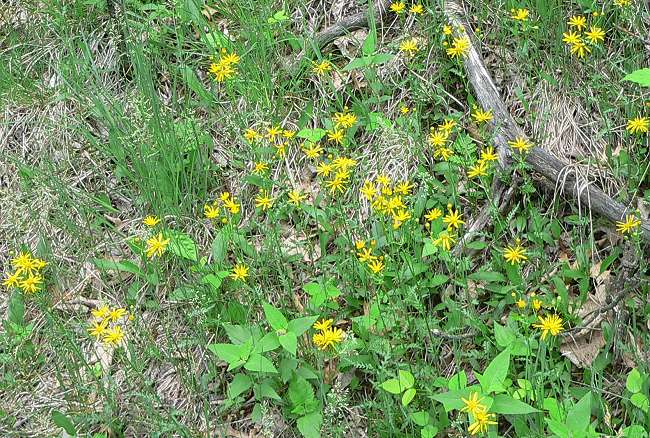 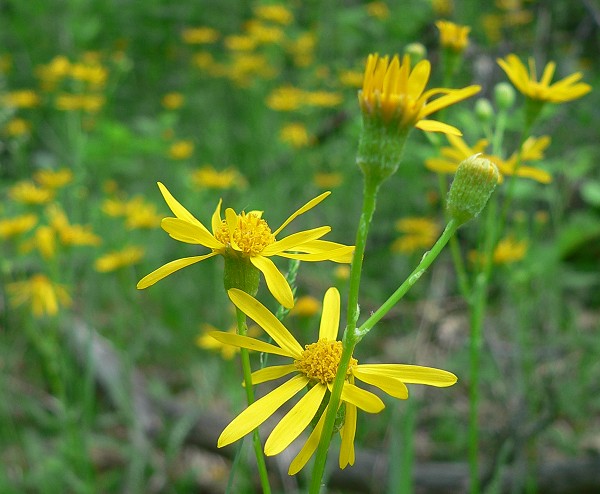 There’s a lot of Purple Milkwort (Polygala polygama)blooming on Hidden Oaks Point. It seems to like the bare, sunny areas that get disturbed by the tractor. 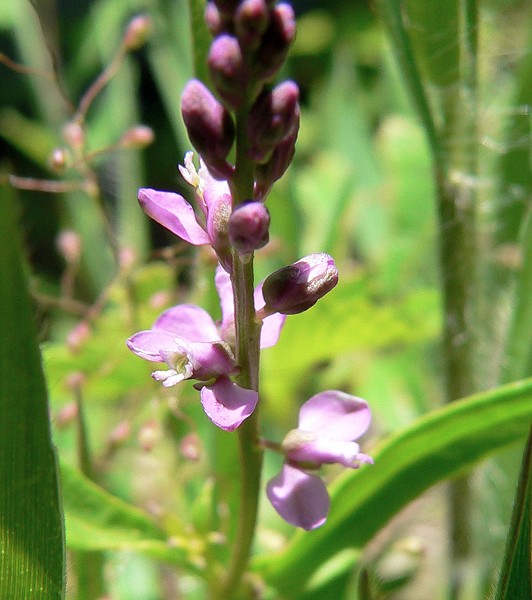 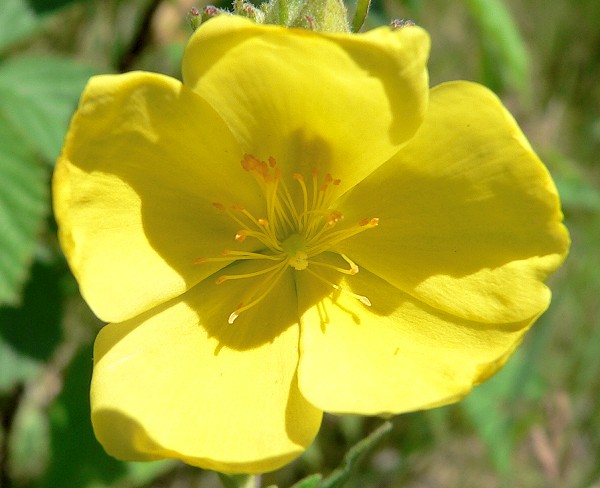 There are lots of butterflies these days – on the driveway and in the fields. Here are just a few. 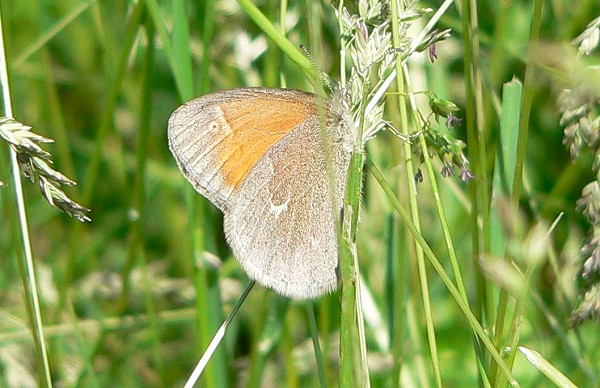 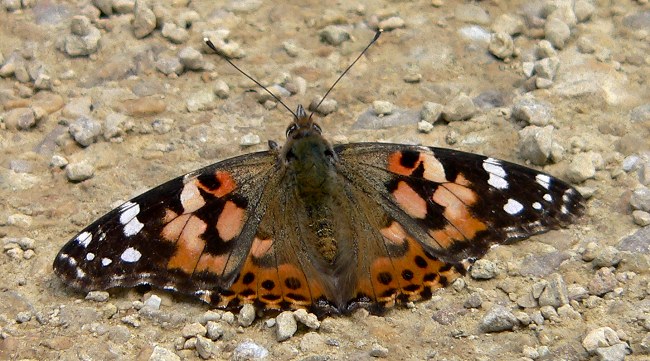 underside of the Painted Lady 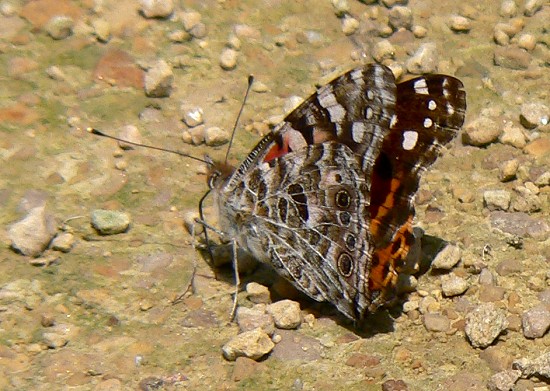 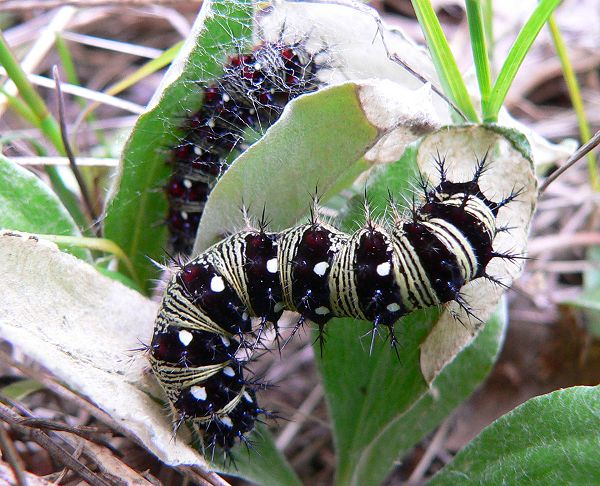 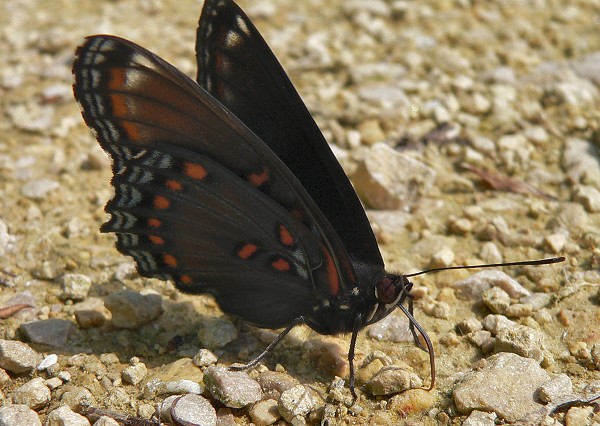 There are all kinds of insects now, flying and crawling and mating. I wish I could identify them all. Here are a few.

Robberfly with prey – this is either Laphria sericea or L. aktis – hard to tell the difference except by close examination 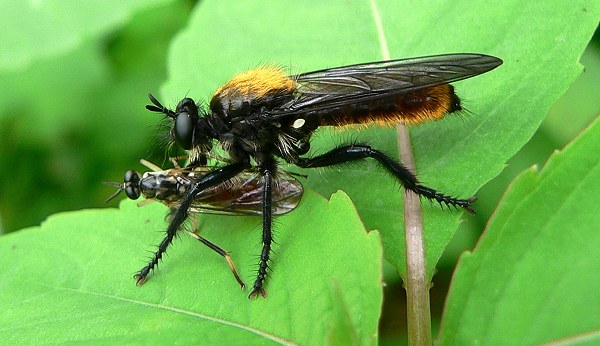 Mating beetles – I think these are Blister Beetles. 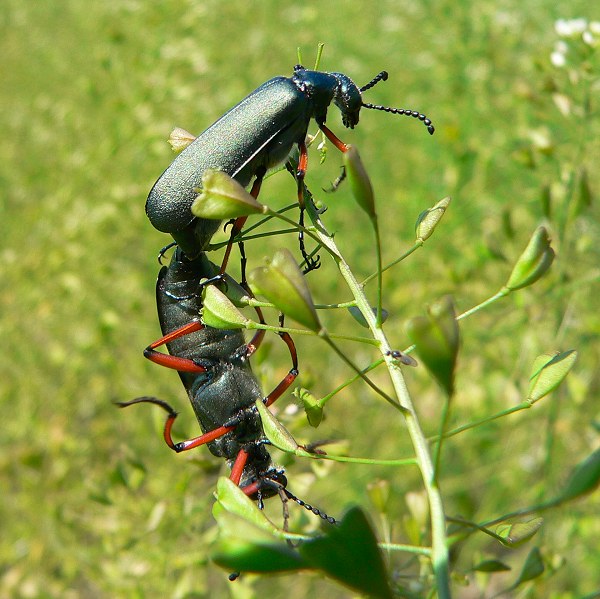 I think this is the pupa of a beetle. 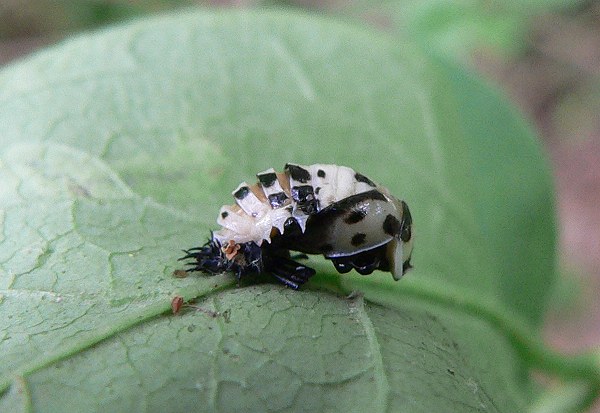 There are dozens of dragonflies on the driveway, in addition to all the butterflies. I think this one is a female Common Whitetail. 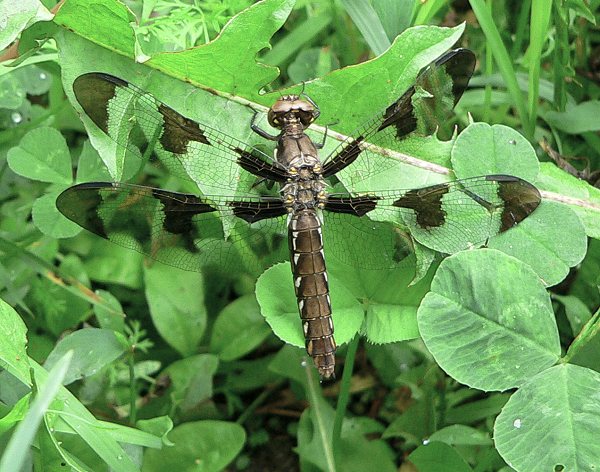 I’ve mated the last of my cecropias, and I have lots of eggs to start the next generation.

Here are a pair of mated Cecropias, and an unmated female behind them. 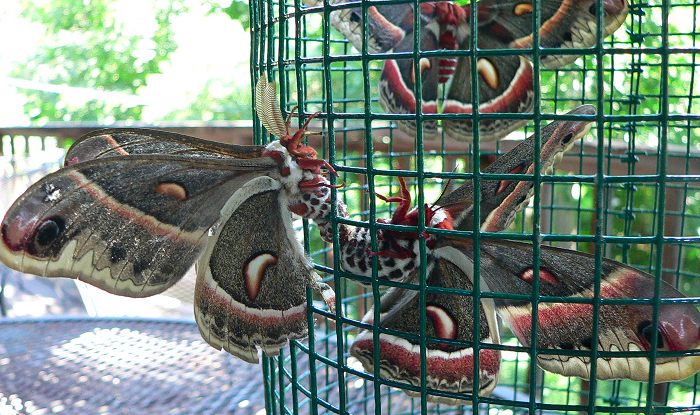 The is a polyphemus caterpillar, just after hatching. 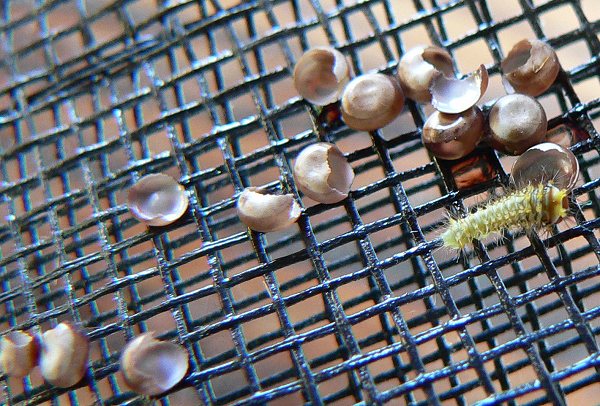 On our way out of the driveway last week, we saw a bear wandering up the field and into the woods below Big View Prairie. 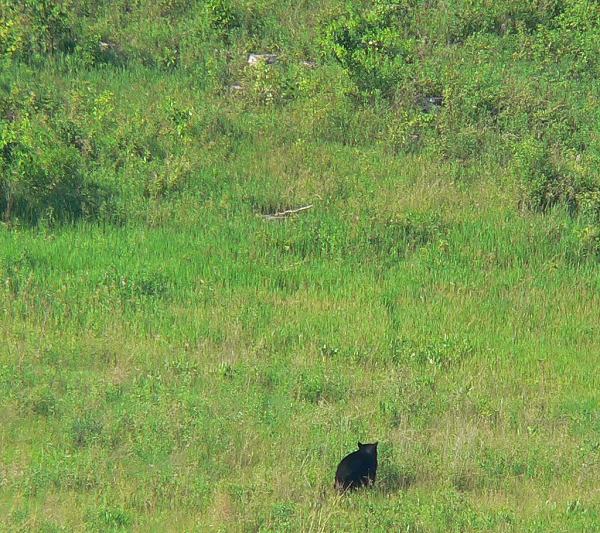