This is the time of year when one day seems like spring, and the next it’s snowing hard.  The bluff prairies have been completely free of snow, and then covered again, several times.  But the days are getting longer, and the low temperatures are not quite so low – so I have hope that spring will really come sometime soon.

Today is one of the winter days.  There’s snow on the ground, and it’s windy and cold.  I’ve been cleaning out the bluebird nest boxes so they’ll be ready when the bluebirds arrive.

Even on these cold days we’re finding Ctenucha moth caterpillars on the road and the driveway.  I think they must be attracted to the black, warmer road surface.  We saw this one one morning when it was still about 20 degrees (F), crawling across the snow at the edge of the road. 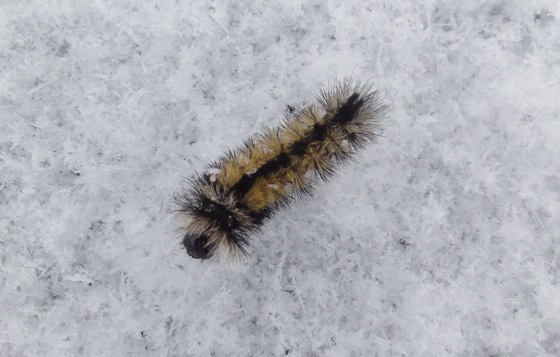 Other signs of spring – we saw the first woodchuck on the cliff behind the house – on Sunday, March 6th.  And a few days later we saw two Sandhill Cranes along the Buffalo River – a few miles from here.

March is always the time when I’m looking for colors – I’m tired of photos of just black and white and brown.  I found a few little spots of color on Sumac Prairie this week.

This is Common Whitlow Grass – not really a grass, it’s in the mustard family, and is one of the earliest flowers to bloom in the  dry prairie remnants.  It’s an annual – amazingly it has already germinated and grown a little rosette of leaves. 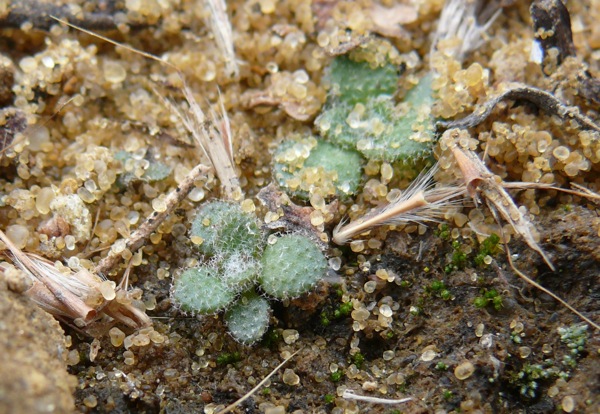 I found lots of brightly colored lichens clinging tightly to rocks in the prairie. 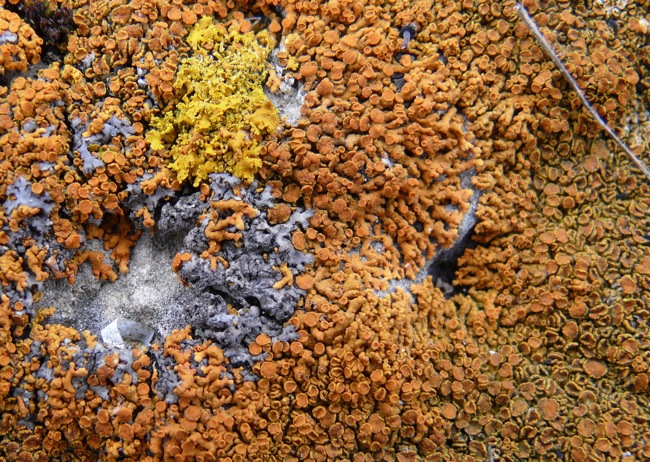 This one has a little circle of moss in the center.  There are also two different gray lichens at the edge of the photo. 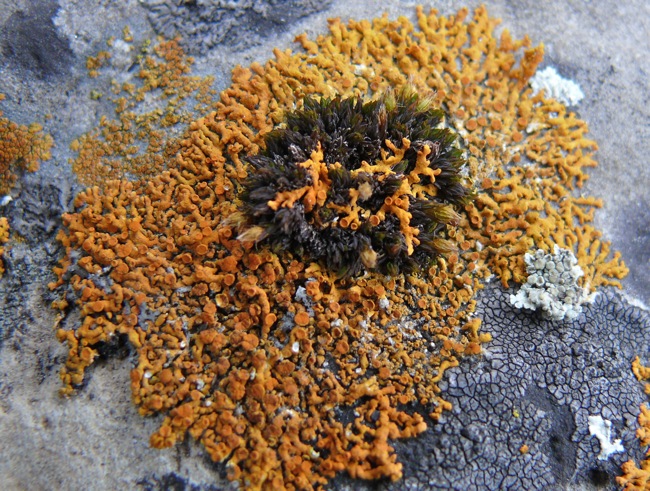 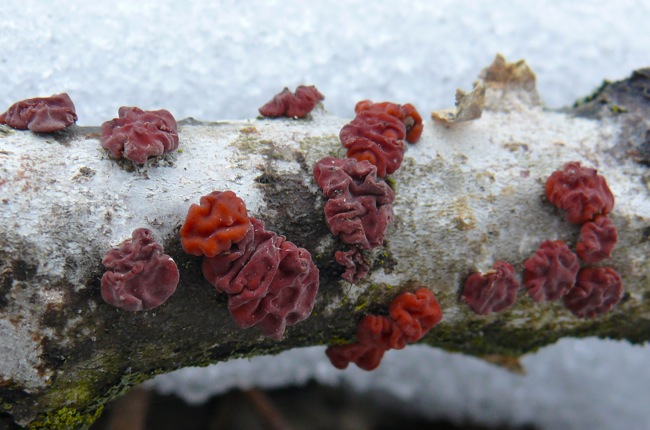 And a few bright green mosses – both with spore capsules 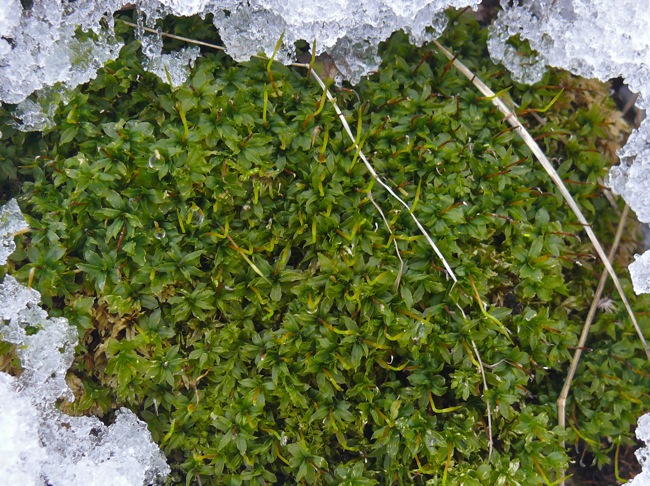 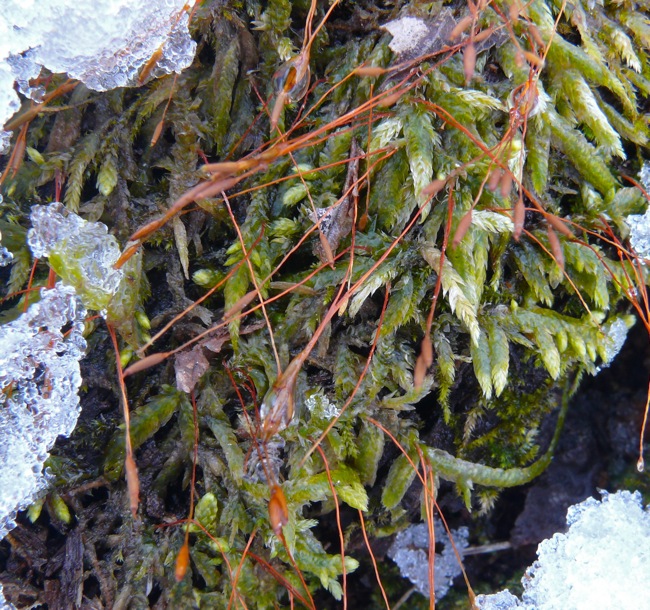 This is a Sharp-shinned Hawk that was harassing the birds at the feeders. 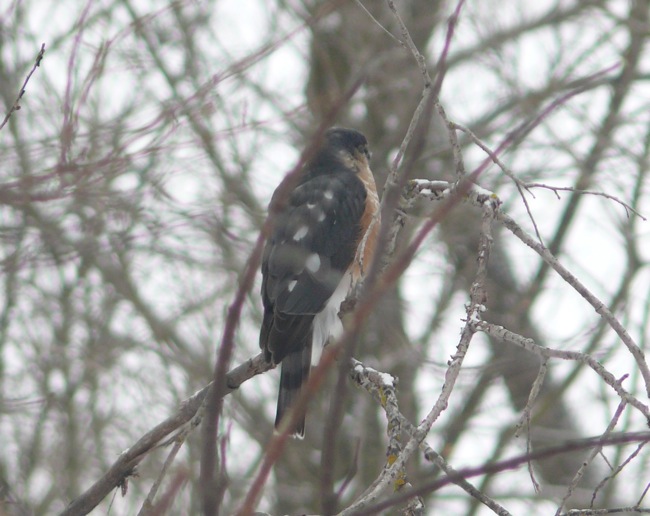 And a Northern Shrike – also looking for prey among the feeder birds.  I didn’t see either of them catch anything. 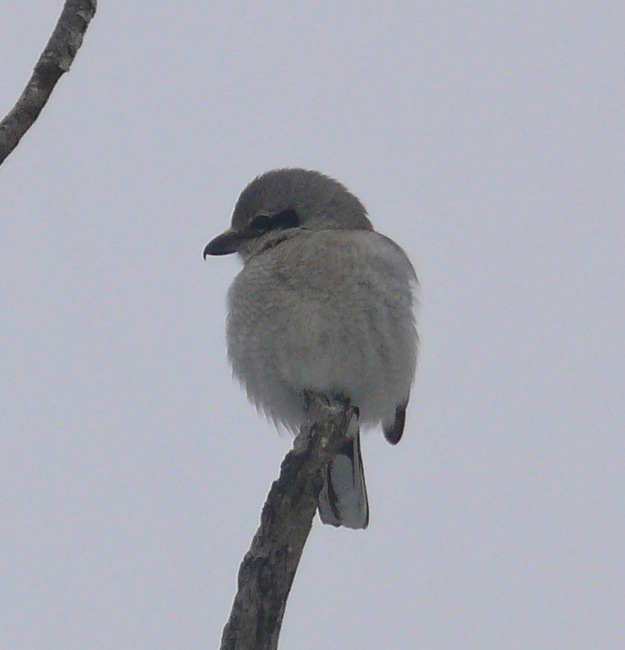 I’ve been thinking about paths this winter – this is my path up the face of the bluff to Sumac Prairie.  I usually make my paths using animal paths.  I clip branches and cut brush to widen them to make it easier to walk, and to find them.  The animals use the wider trails even more frequently.  As they get more worn, and more obvious, they get used more and more.  Finally, if we use them enough, and they’re on flat enough terrain, Mike mows them and they almost turn into a road.  I can imagine our public roads evolving that way.  First they were animal trails, then human paths, then they got wider and more used.  Eventually they were gravelled and paved, and now we drive cars on them. 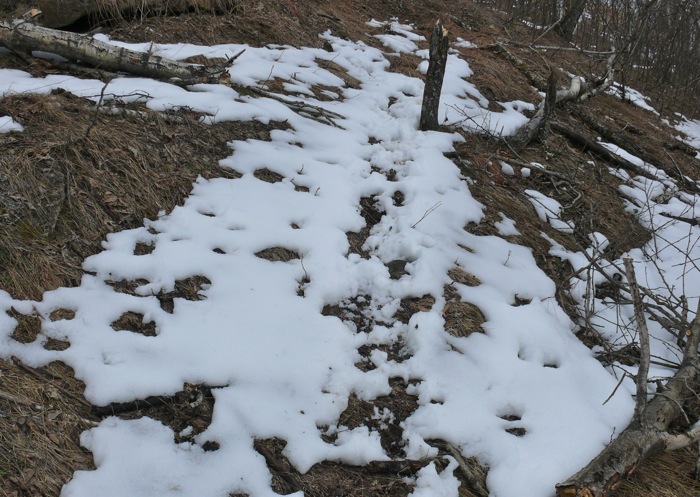 We decided that I should learn to use the plow on the powertrack, so here I am, practicing on a loop around the driveway. 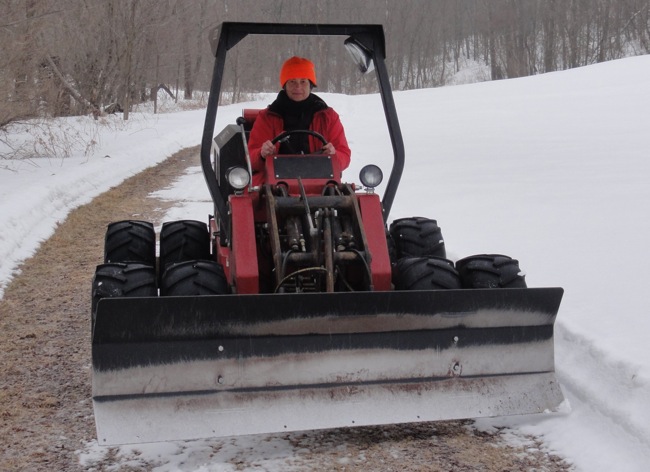 I drove down to Ames, Iowa this week, for Day of Insects.  It was a good few days – lots of interesting talks, and interesting folks to talk to.

Here’s the scene in the room at Reiman Gardens where the meeting was held.

It was nice to talk about insects again – in preparation for the insect season starting up again soon.  Here’s a link to the summary I wrote about the day – with great photos by Robert and Linda Scarth.