I’m a little behind on the journal entries, so this entry is for two weeks, instead of one.

We’ve had a lot of the kind of weather that alternates between fall and winter – up to 70 degrees one day, and down into the teens the next. But the skies have been mostly sunny and the nights clear with a bright moon and stars.

We’ve done a little more brush cutting on Indian Grass Point. Here’s a photo I took of the top of the point in 2004, the summer after we had started doing some clearing. 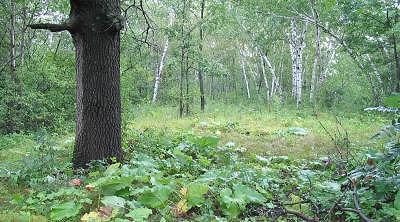 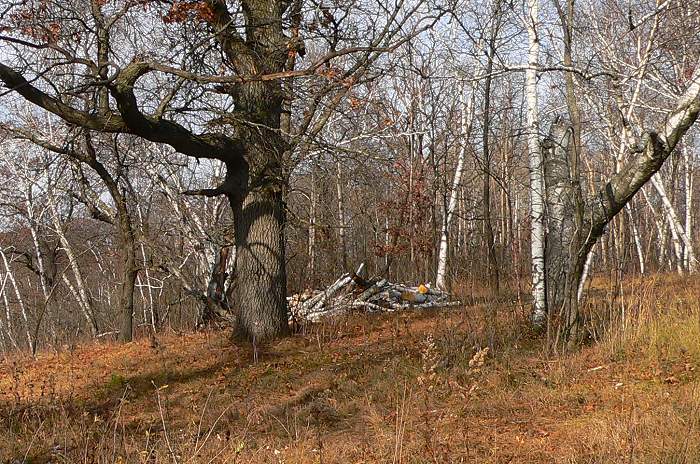 The pile of birch logs in the center is from all the birch trees we cut down. Danny will come for them and use them to heat his house next winter.

This is some of the brush that we’ve been cutting. It’s mostly Prickly Ash (Zanthoxylum americanum), Honeysuckle (Lonicera tatarica), Paper Birch (Betula papyrifera), and some of the Trembling Aspens (Populus tremuloides) that I girdled in the spring of 2005. 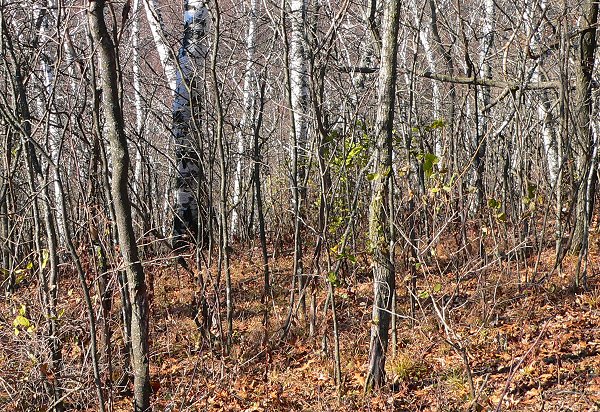 One of the things I like about the fall is the beautiful seeds on the grasses. This is a view of Indian Grass Prairie, with the late afternoon sun shining through the grasses. 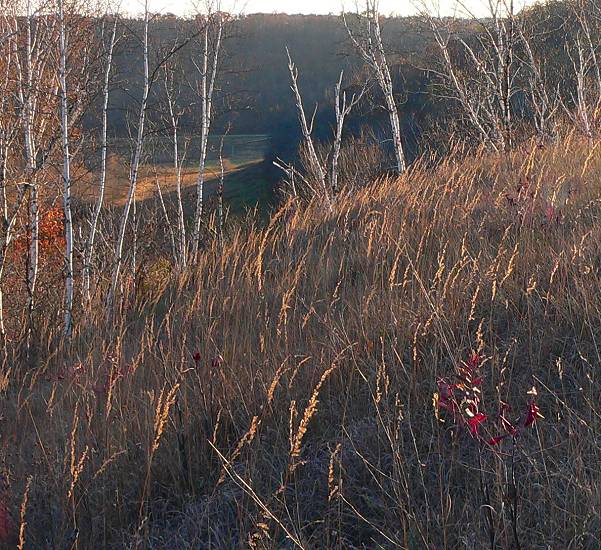 I finished most of the staking on Western Prairie, and Clif harvested his corn, so next week I’ll get the last few rows of stakes put in. The field is so big that all the pictures I take look like moonscapes. 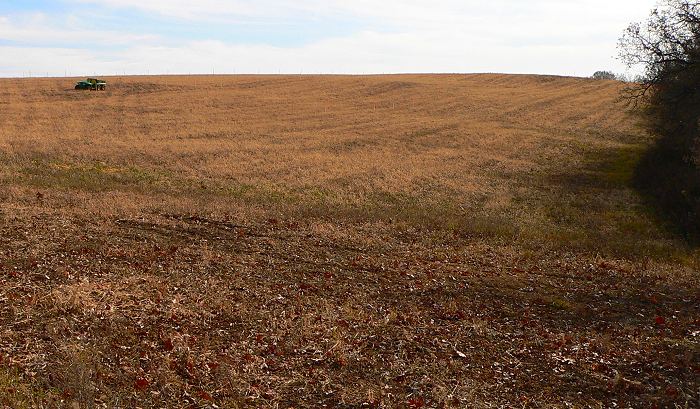 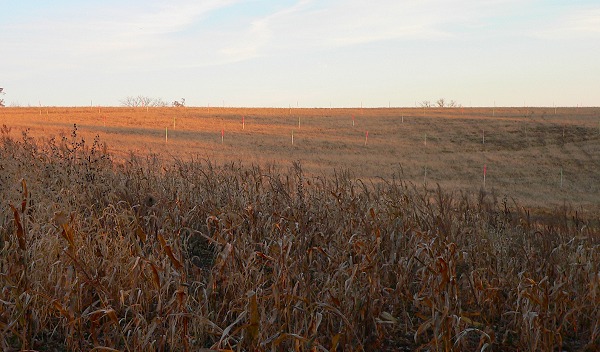 Danny has a deer stand right next to Western Field, and we climbed up to check out the view. It’s very high, but so far up in the trees that the branches block the view. Still, it’s fun to see the fields from a new angle. 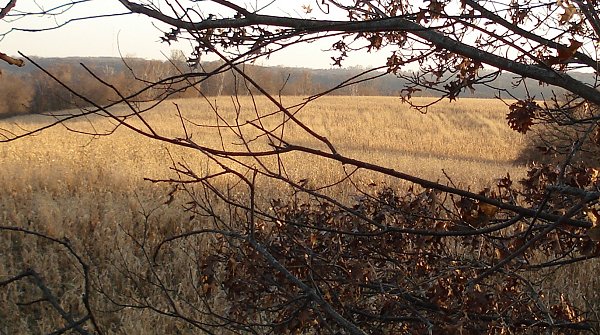 Here’s Mike in the deer stand. 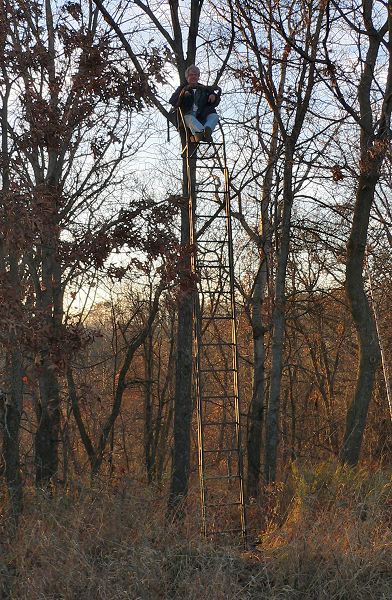 This is a view of Buffalo Ridge Prairie (on the left), and Western Prairie (on the right) from the highest point on our land – at the top of the corn field. I think it’s about 350 feet above the creek. The valley between the prairies is Volvo meadow, and then below that, Western Valley.

One big change in the last 2 weeks is in the birds. Last week there were big flocks of robins in the woods, and flocks of blackbirds and european starlings in the trees at the edge of the fields. They make such a lot of noise! This week it’s much quieter – all the big flocks are gone.

Some of the days have been so warm that there are butterflies fluttering around the gravel on the road, and a few flowers are still blooming.

And some New England Asters. 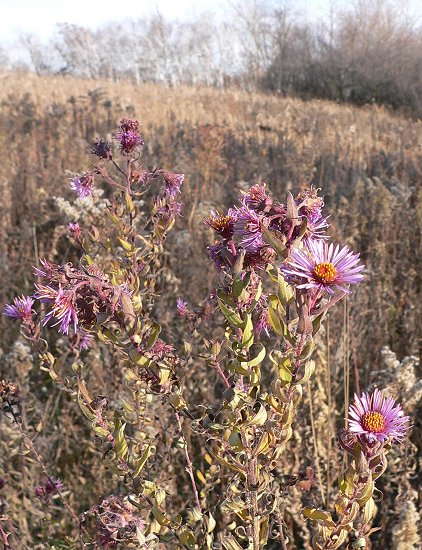 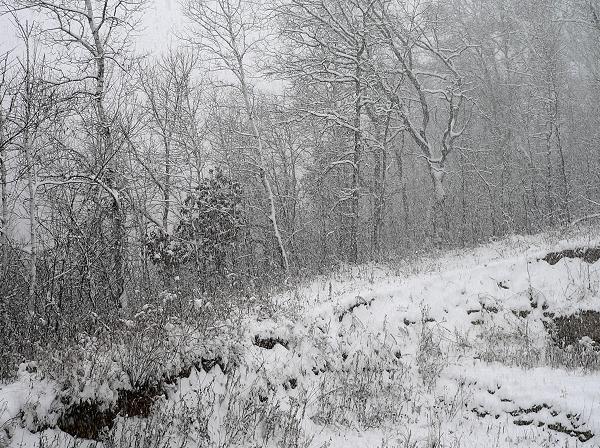