This is the time of year when I collect the seeds for our winter plantings. This year I’m collecting for the 19 acre prairie planting – the middle third of Western Prairie – and also for a large wetland area that we’ve been clearing and spraying. On one of my collecting trips last week I stopped at a dry sand prairie north of the farm and found several hundred Monarchs nectaring in some large patches of Whorled Milkweed.

It was difficult to get pictures that really showed how many there were. 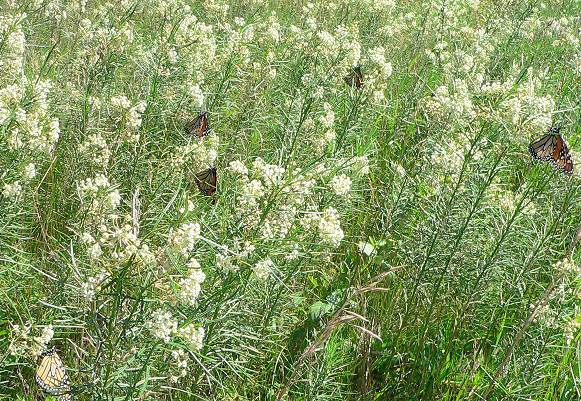 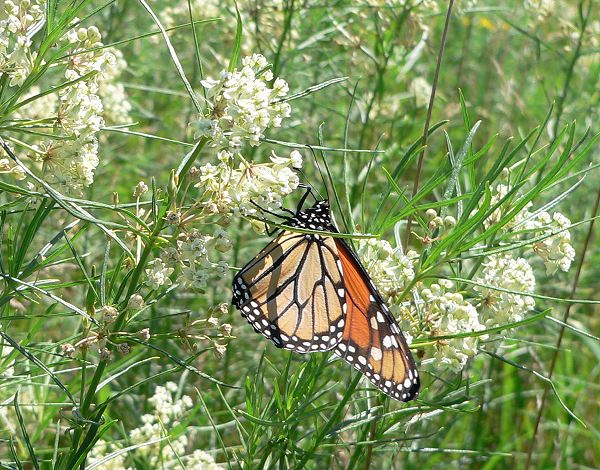 The gentians are starting to bloom at the farm – that always means that it’s the end of summer. I’ve found 3 species of gentian growing here: 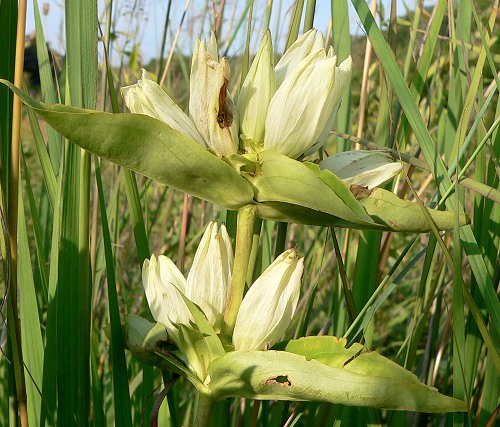 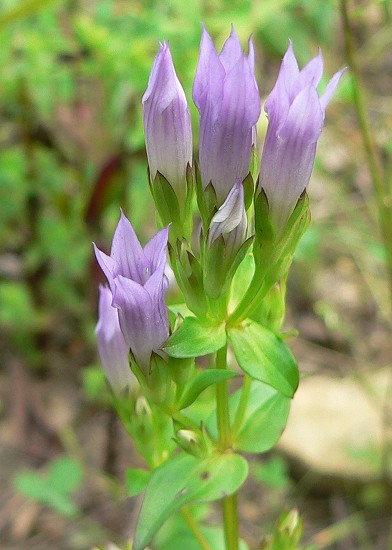 Fringed Gentian (Gentianopsis crinita), which isn’t quite blooming yet – it should begin in a week or two.

Closed Gentian (Gentiana andrewsii) grows in some nearby wetlands so it’s been easy for me to find seeds. Now we have quite a few plants growing in our wet fields. 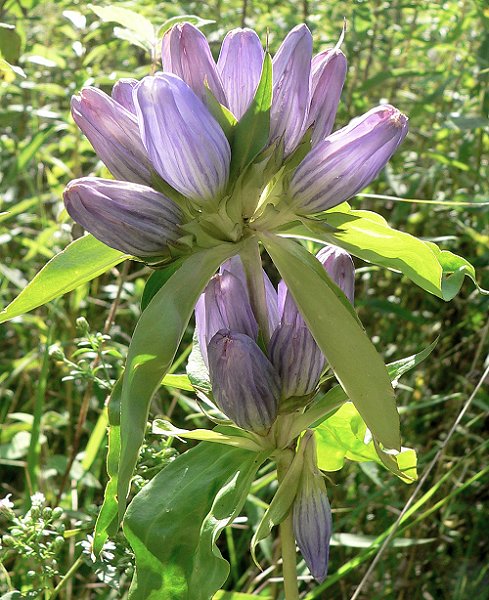 Another late blooming plant is Great Plains Ladies Tresses (Spiranthes magnicamporum) – a small white orchid that grows in our dry bluff prairies. It’s just starting to bloom – the flowers I found weren’t quite open. The genus name “Spiranthes” means “spiral flower” and refers to the way the flowers spiral around the flower stalk. 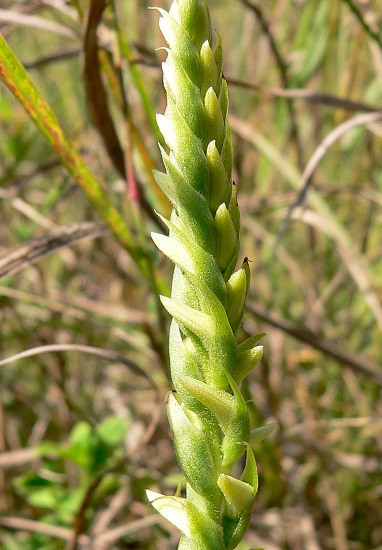 On the recent cool, wet mornings, the mist lingers in the valleys and along the hills. Sometimes it feels like we’re living in a cloud forest. 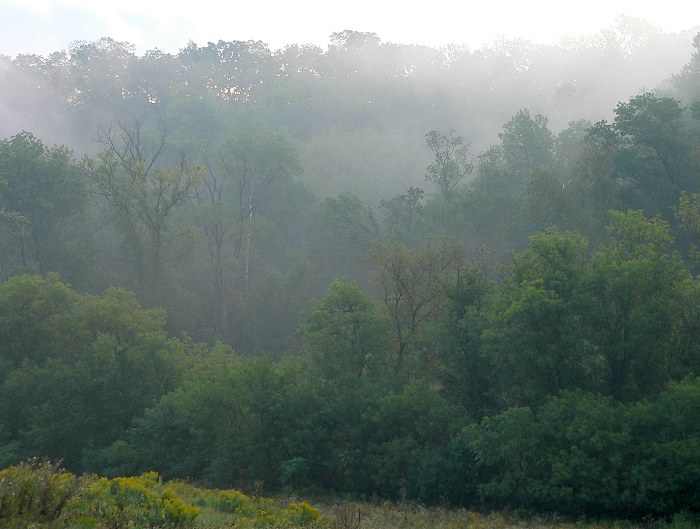 Now that we’ve been having some wet weather, mushrooms and other fungi are starting to appear in the woods. This is one of my favorite fungi – it’s called Turkey Tails (Trametes versicolor). 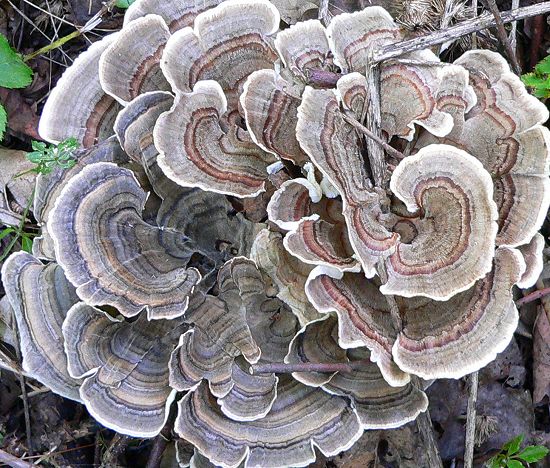 Our friend Rob, from down the road, sent me this photo that he took of a Primrose Moth (Schinia florida). 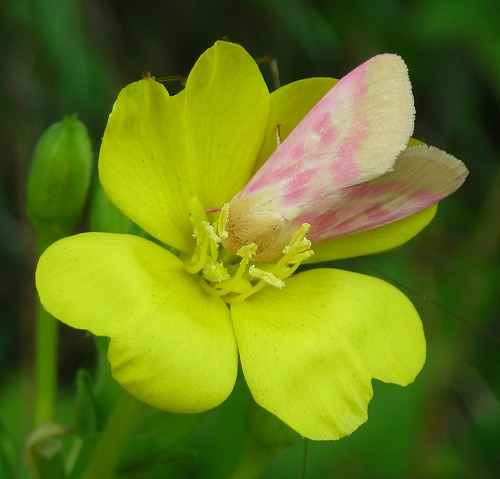 I spent a several hours collecting seeds from some of our wetland plantings – they are doing so well that there are plenty of seeds to spare. Here are some views of one of the planted areas. 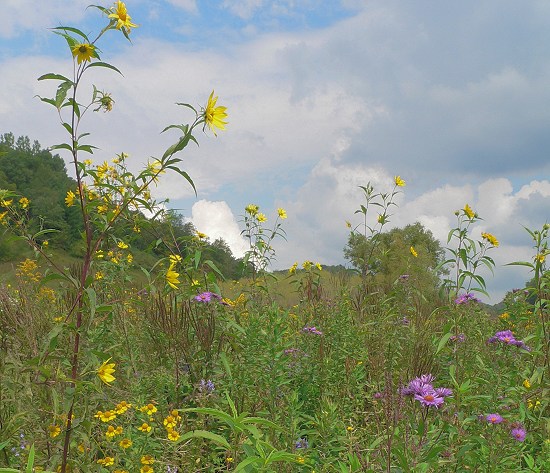 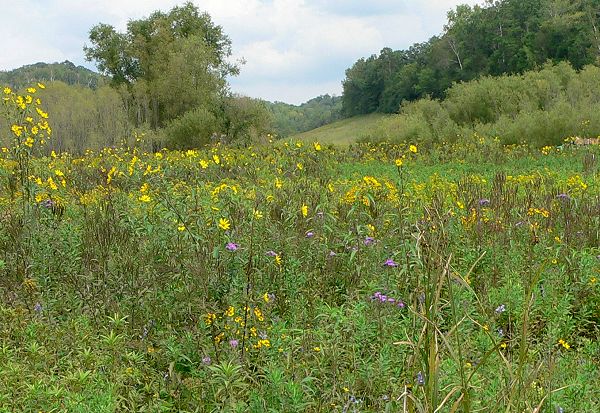 This is the wetland area that we’ll plant this winter. 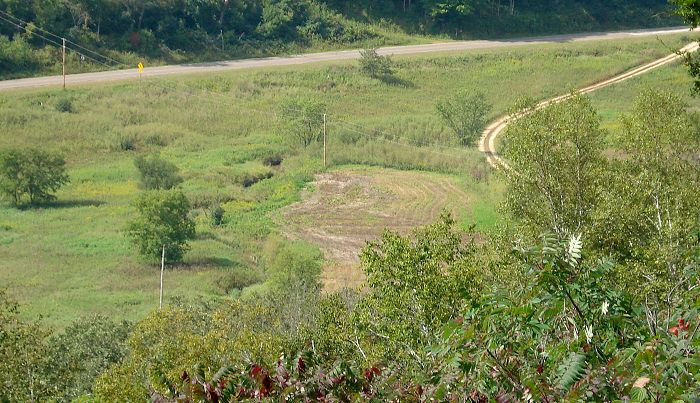 I sprayed and planted about half of it last year, but the only thing that came up was a thicket of Wild Parsnip. So we added on an adjacent area and mowed and sprayed it all again. This time we’ll burn off the dead plants so the wetland seeds have a better chance to grow.

There aren’t nearly as many butterflies as there were a few weeks ago. Most of the ones I’m seeing now are Fritillaries – Great Spangled and Aphrodite Fritillaries.

Aphrodite Fritillary – I like the way their eyes reflect the light. 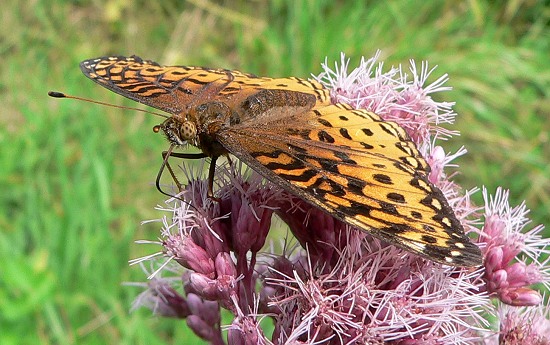 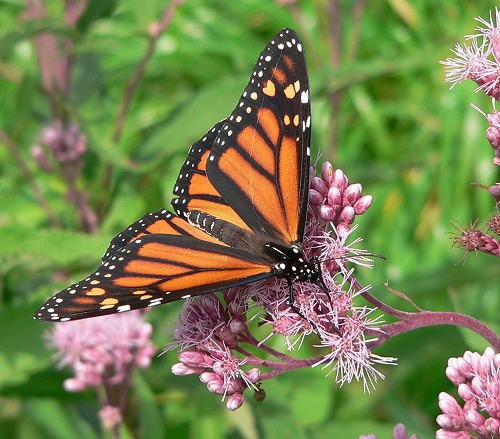 One big project we worked on this weekend was cutting sumac on Sumac Prairie. We’ve done this several times before, but have only succeeded in making the problem worse. Now the whole top of the prairie is covered with small sumac bushes. 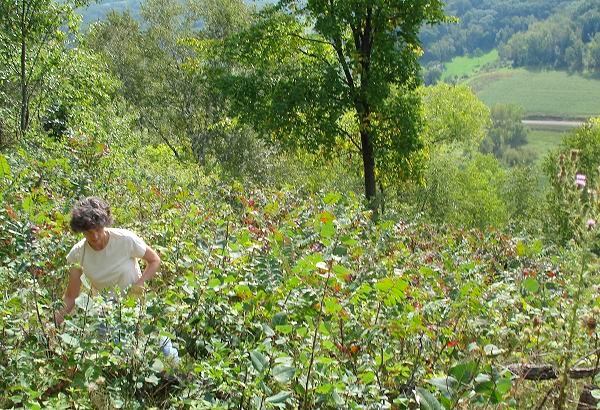 I recently read that the best way to get rid of sumac is to cut at this time of year, when the leaves are just starting to turn color, cut the stalks very close to the ground, and paint or spray the cut stalks with 25 % glyphosate (Roundup). And it’s good to do large area – the whole clone if possible.

So we tried that one morning. I cut and sprayed, and Mike carried the cut stalks away to a brush pile in the woods. 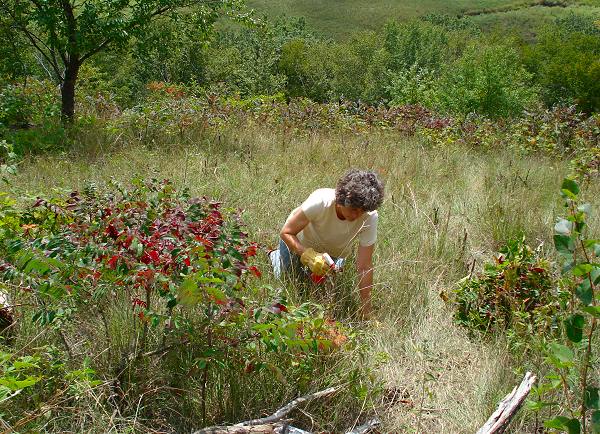 The prairie is very steep, so it’s hot and exhausting work, but we got one area clear of sumac. We’ll come back and do another area next week. It’s nice to see the wetland without sumac in the way. 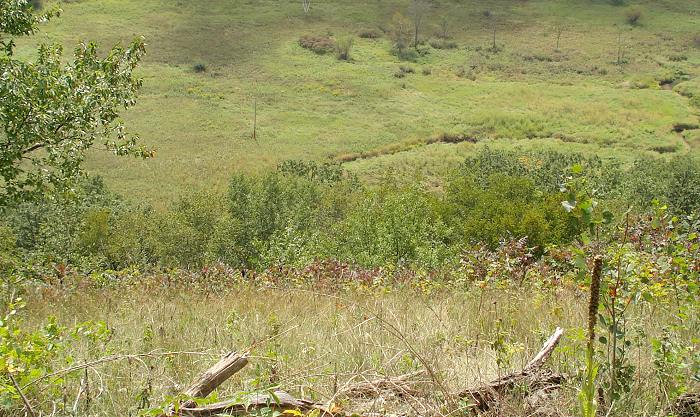 Here’s the view down the valley from Big View Prairie. It’s still one of my favorite views. 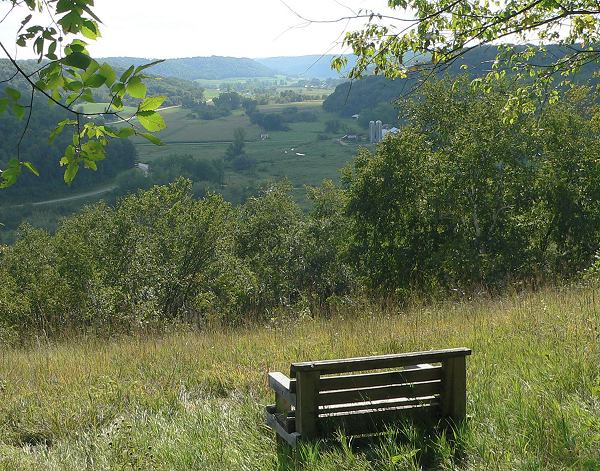