So far our summer has been humid and warm and very green.  Flowers are blooming everywhere.

At the beginning of the month we had huge fields of Golden Alexanders. 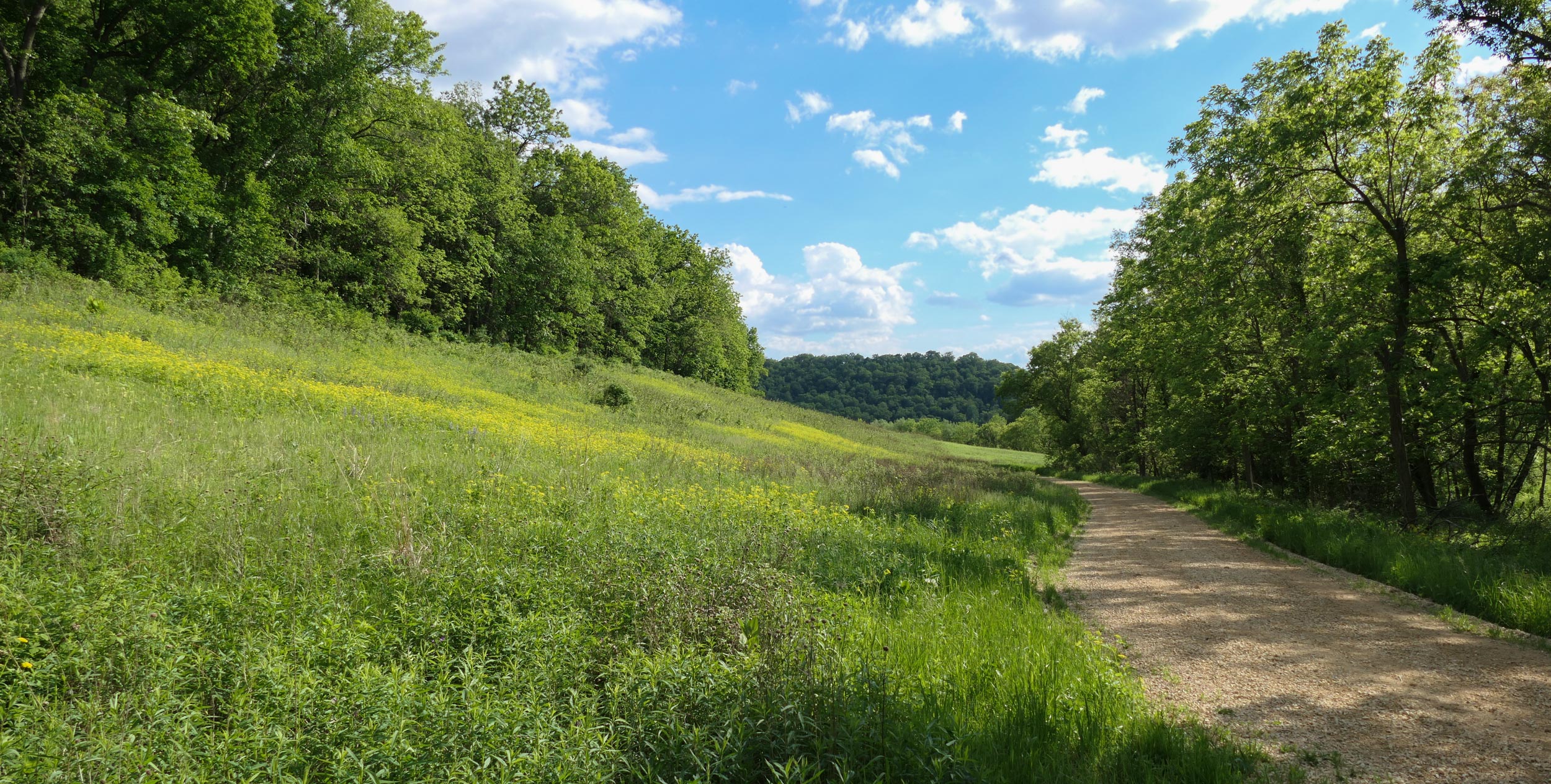 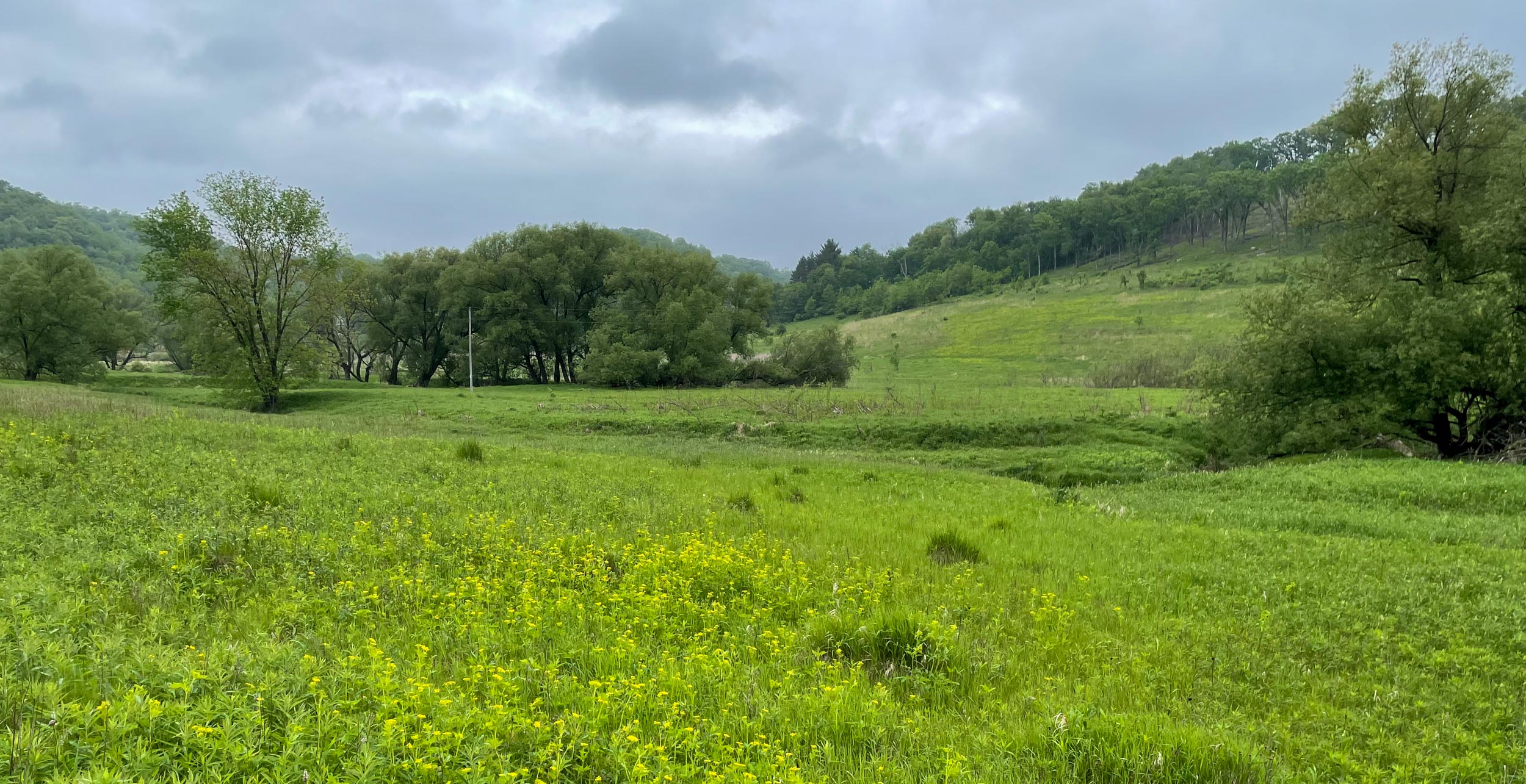 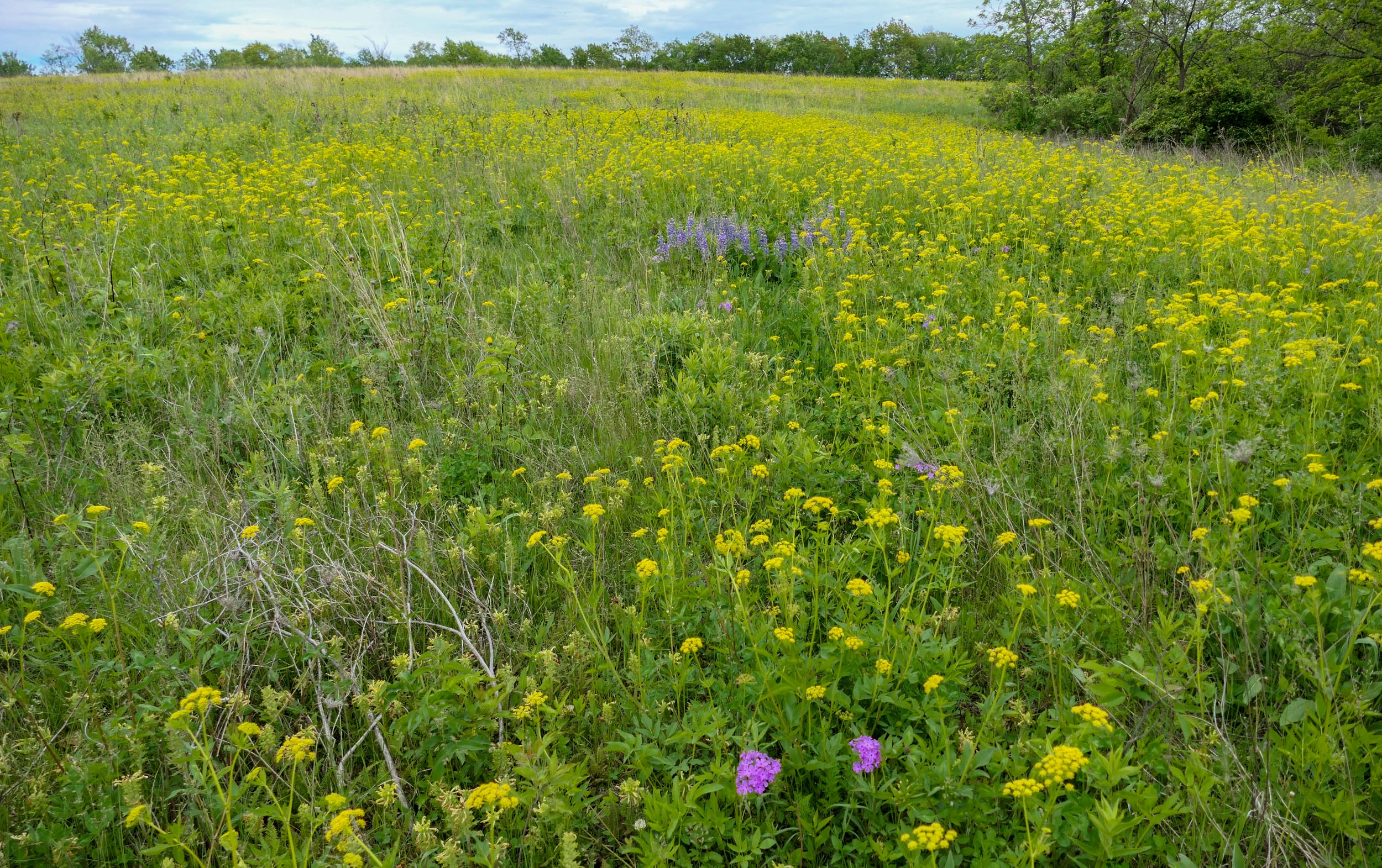 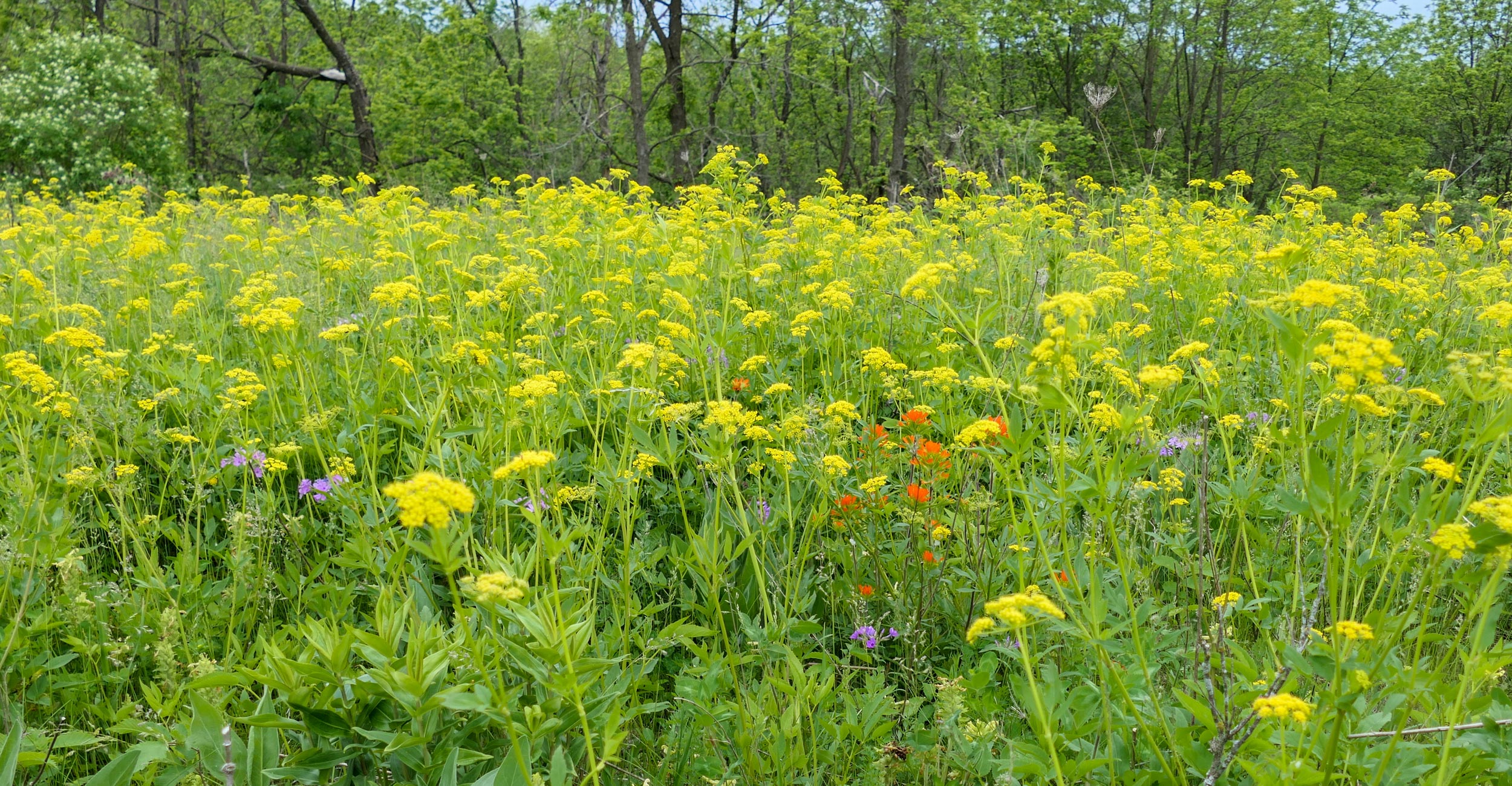 I’ve been comparing the pictures my phone takes, with ones from my camera.  The camera photos are better quality, but the phone makes the scenes look more dramatic.  This is Buffalo Ridge with Indian Paintbrush and Golden Alexanders – phone drama. 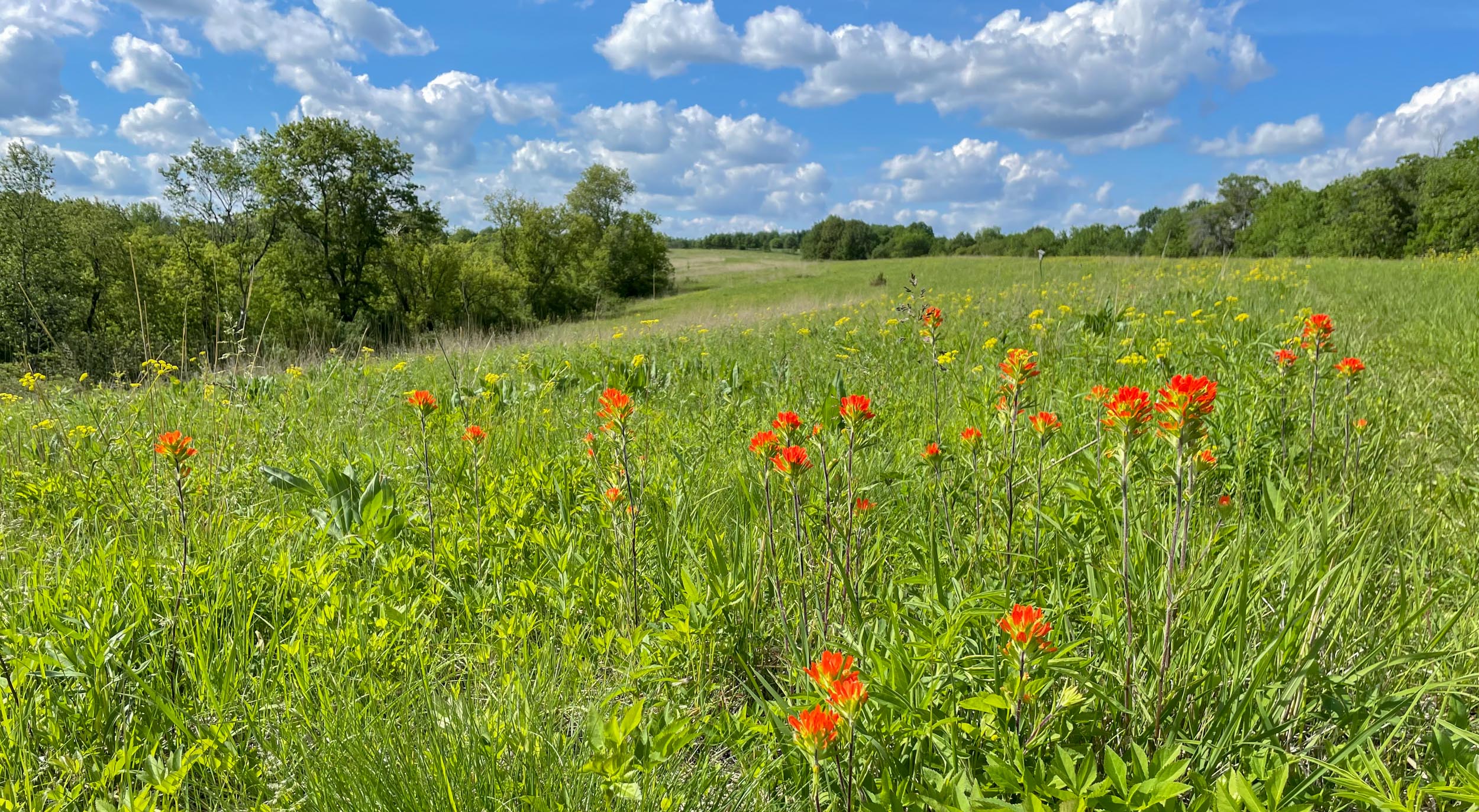 Yellow Iris still grows next to the ruins of the old farmhouse. 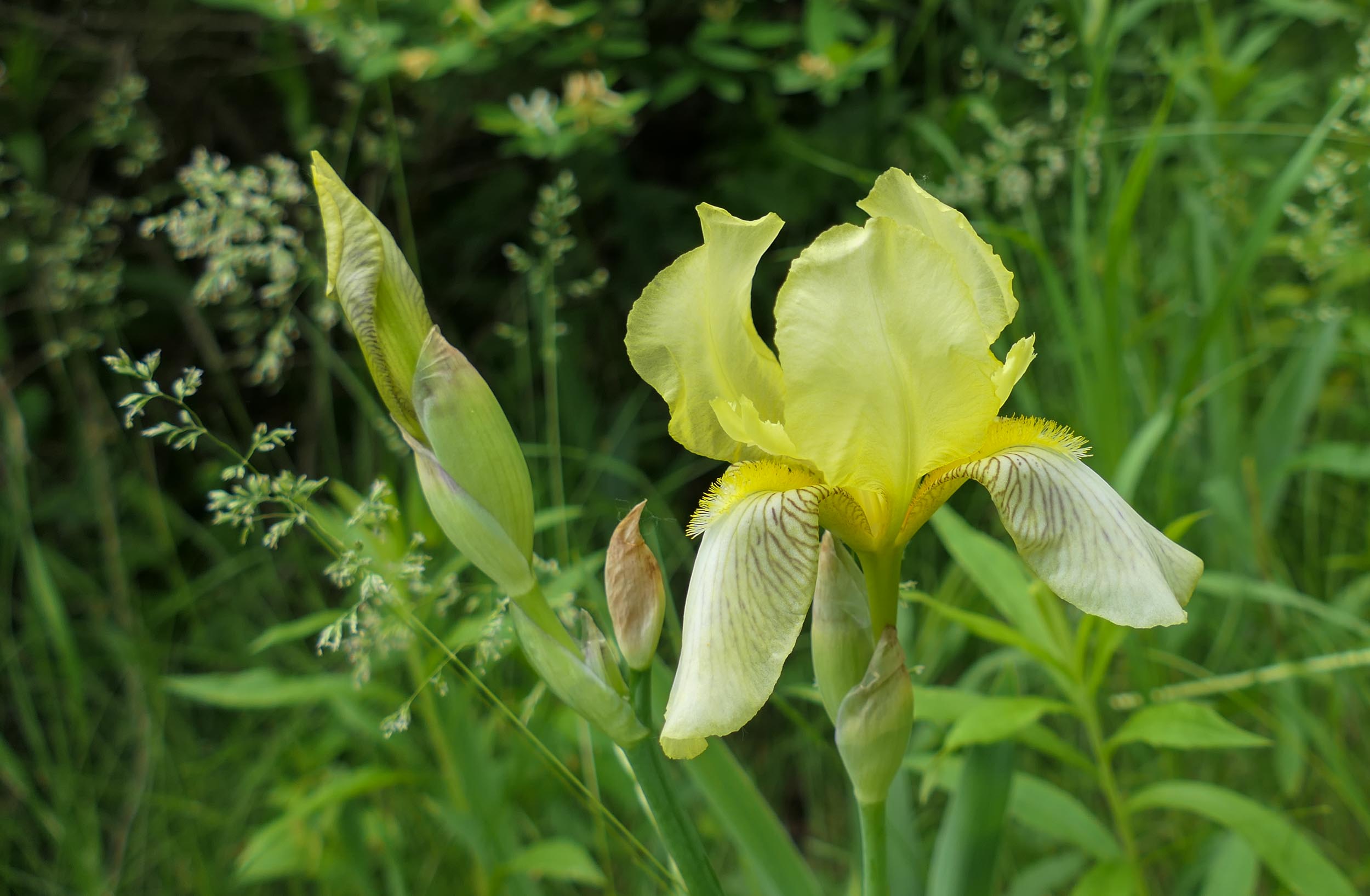 The butterflies have really come out in the last few weeks. 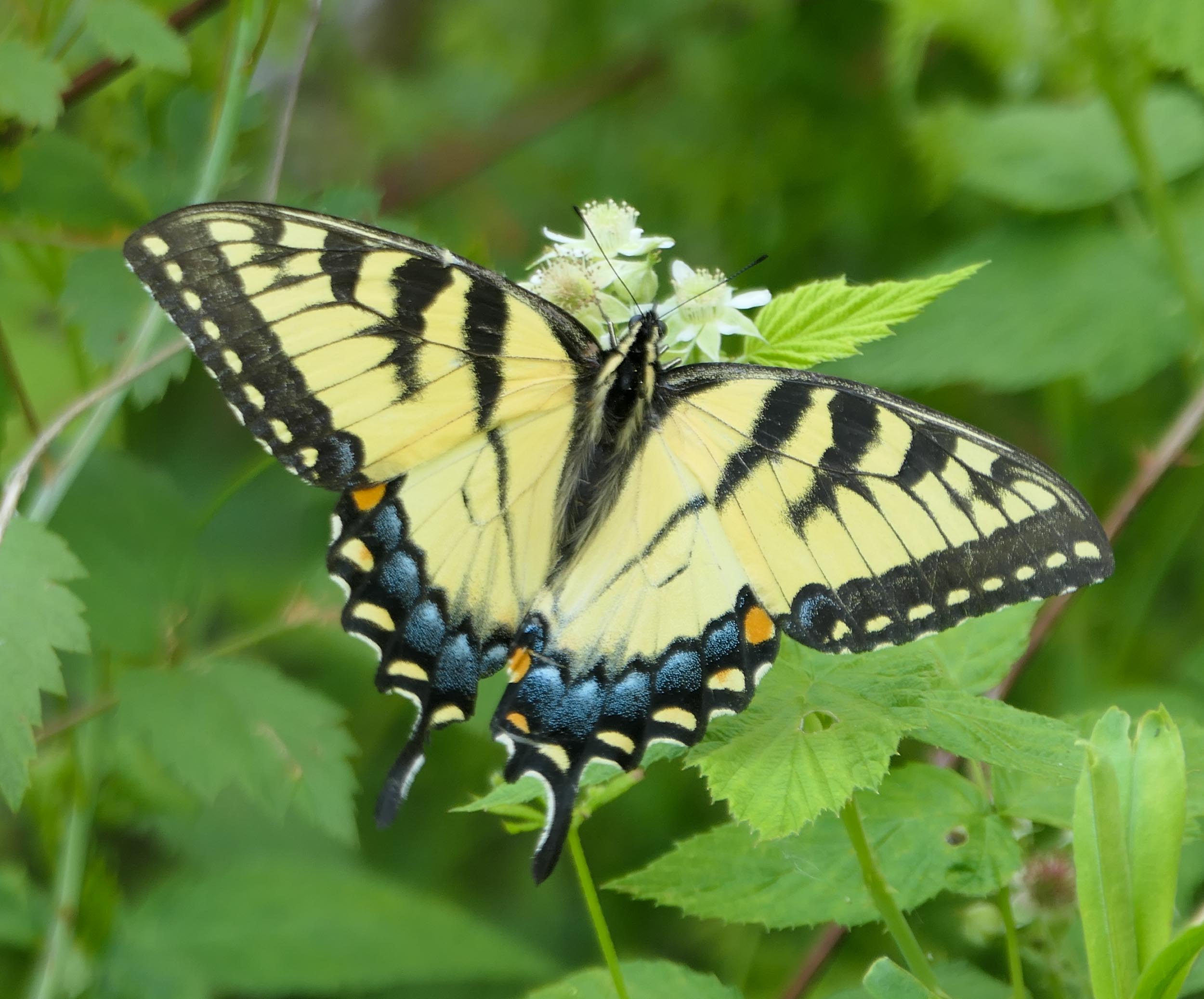 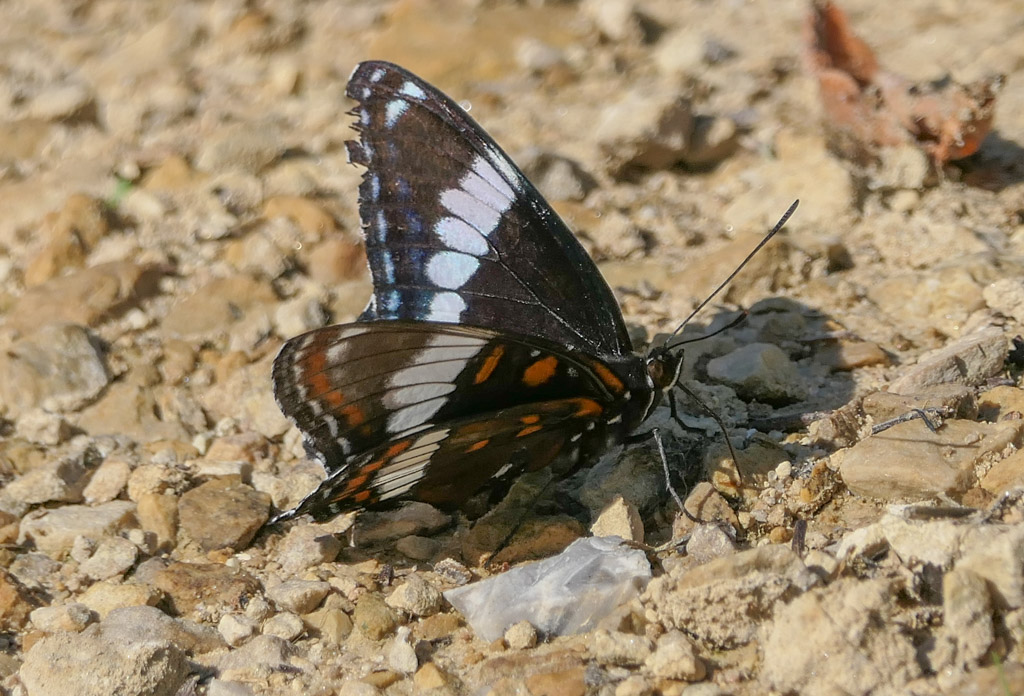 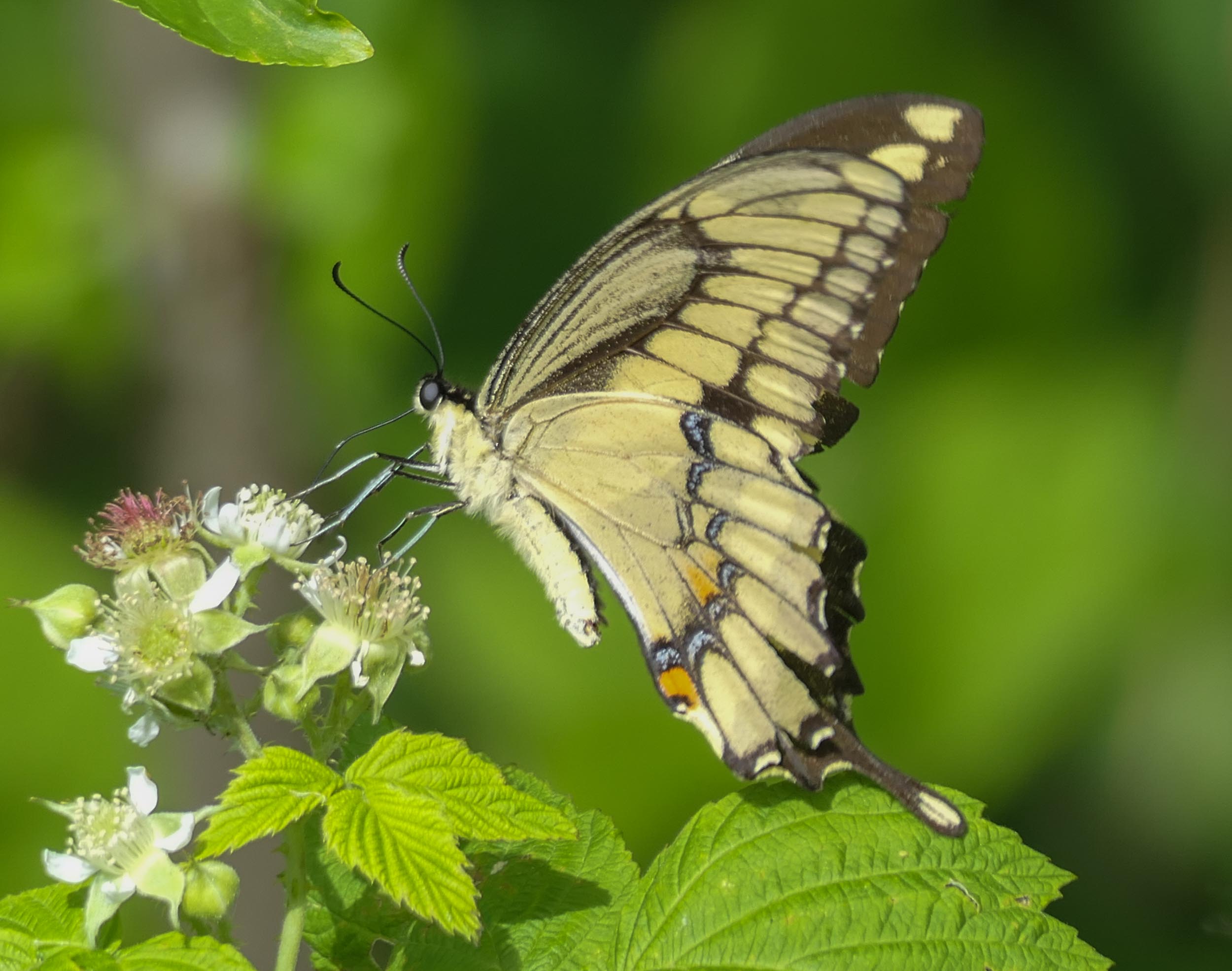 Silvery Checkerspots are the most common butterflies right now – especially on the driveway. 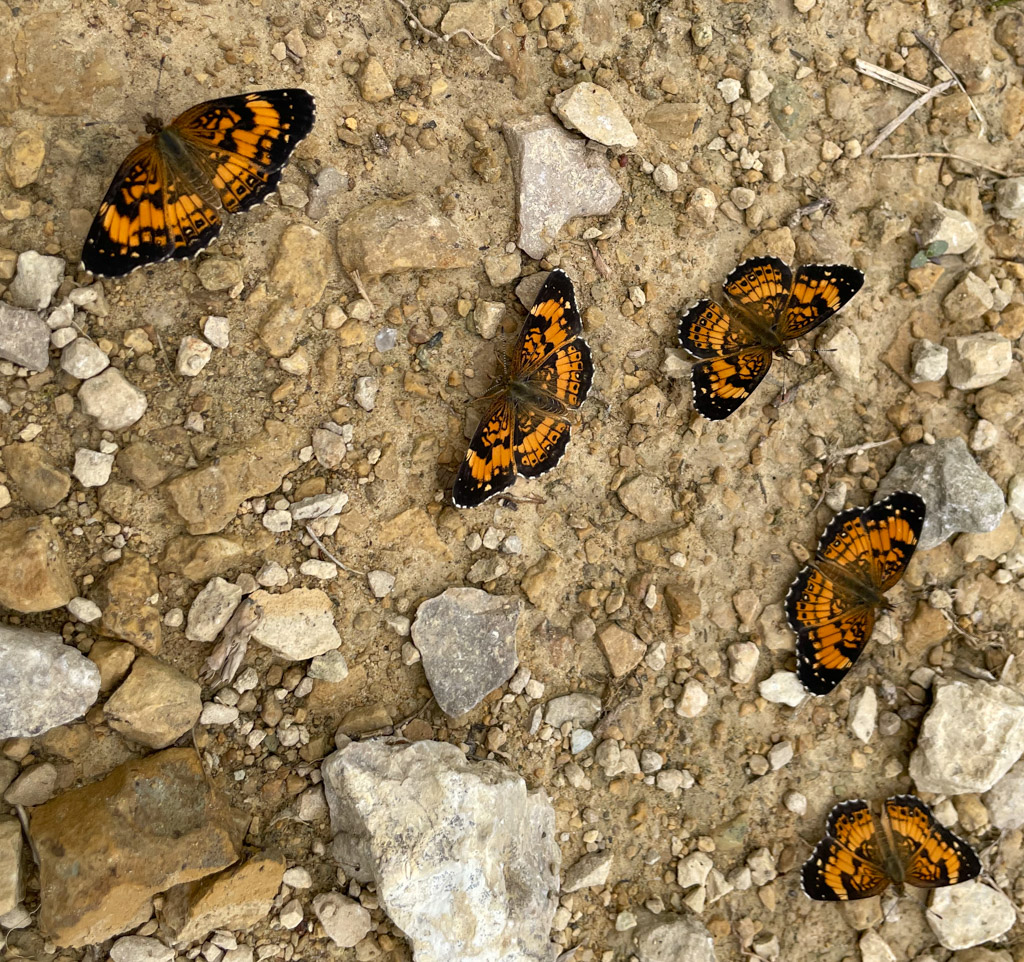 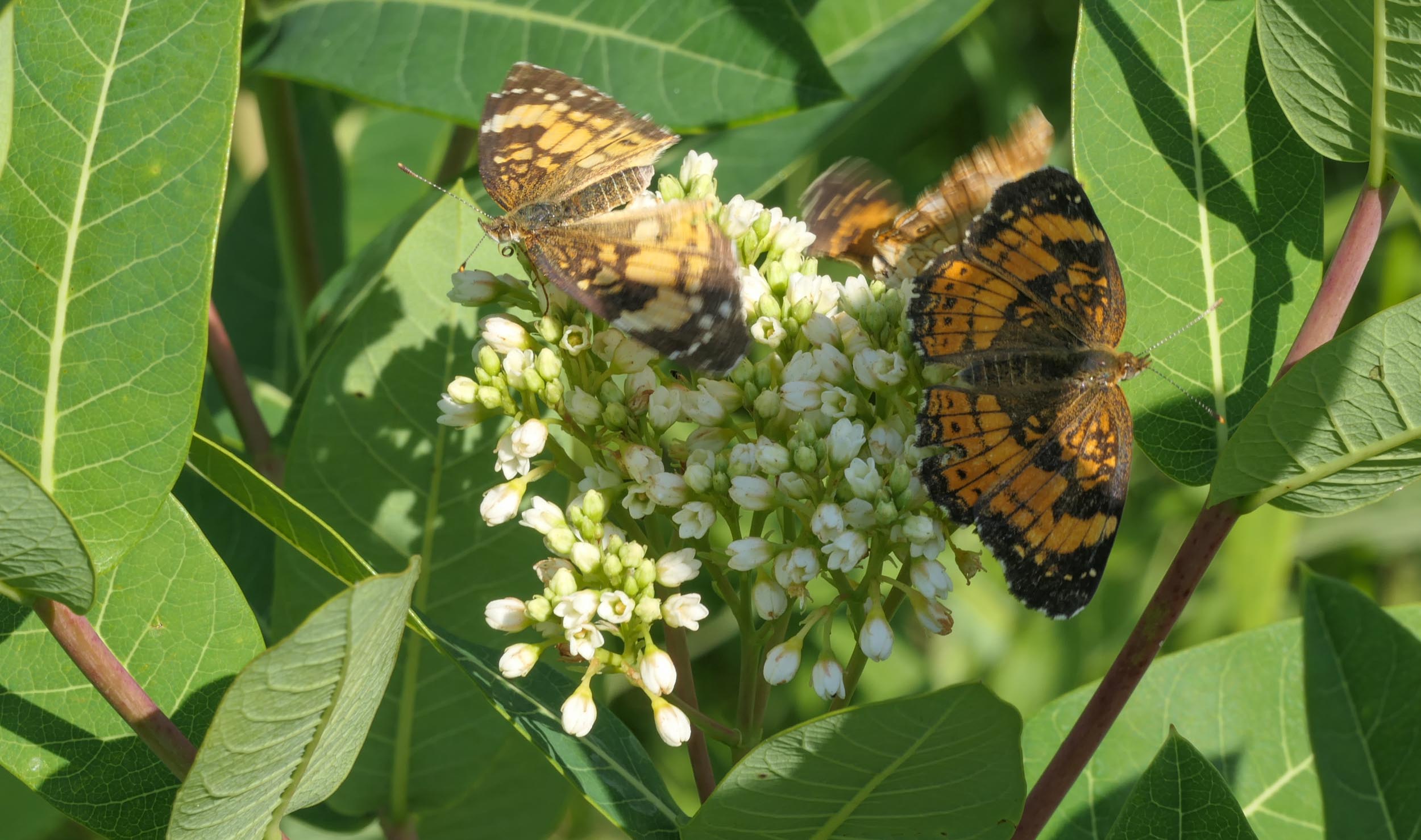 Caterpillars are out too…a Monarch on Poke Milkweed, 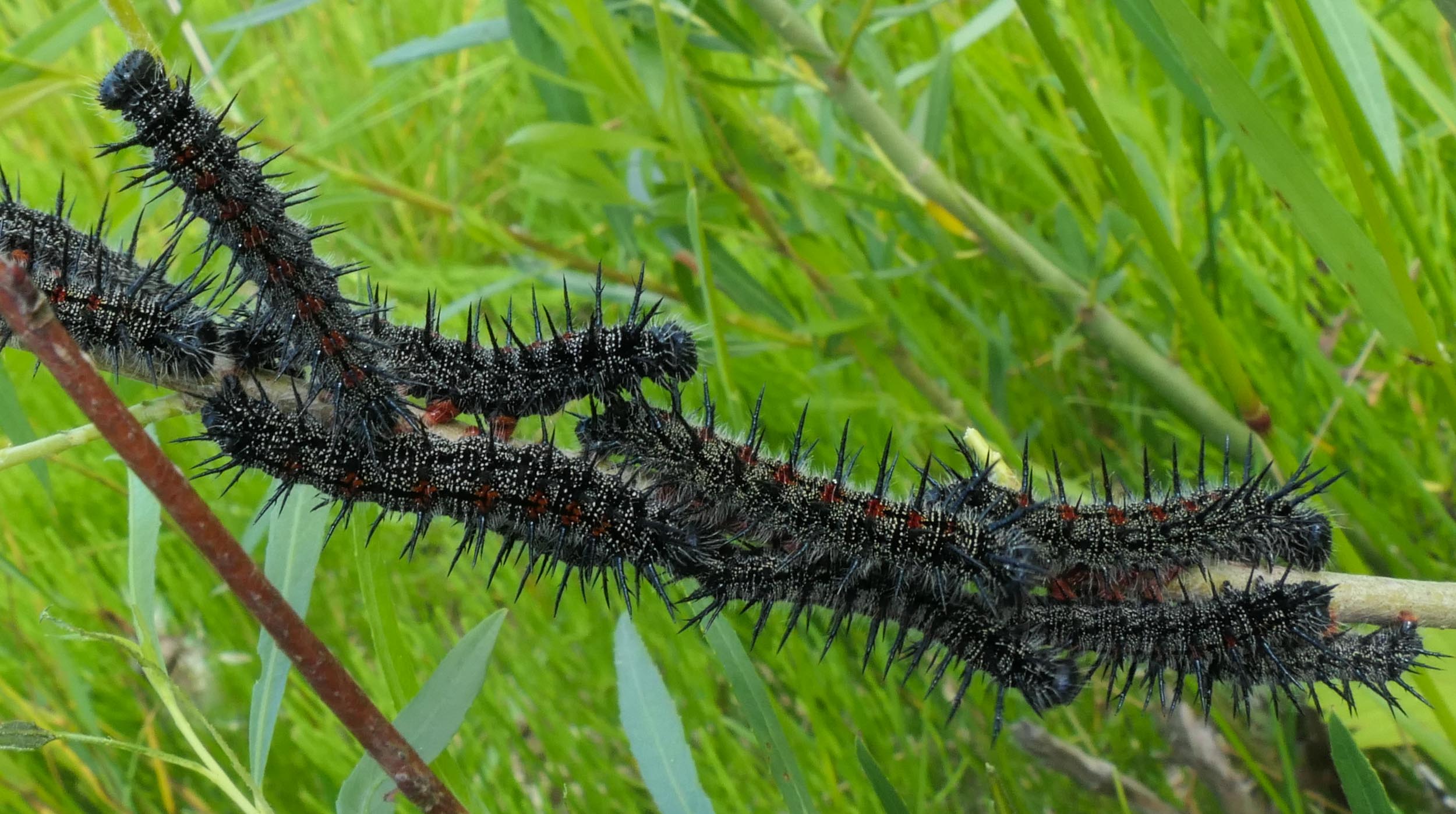 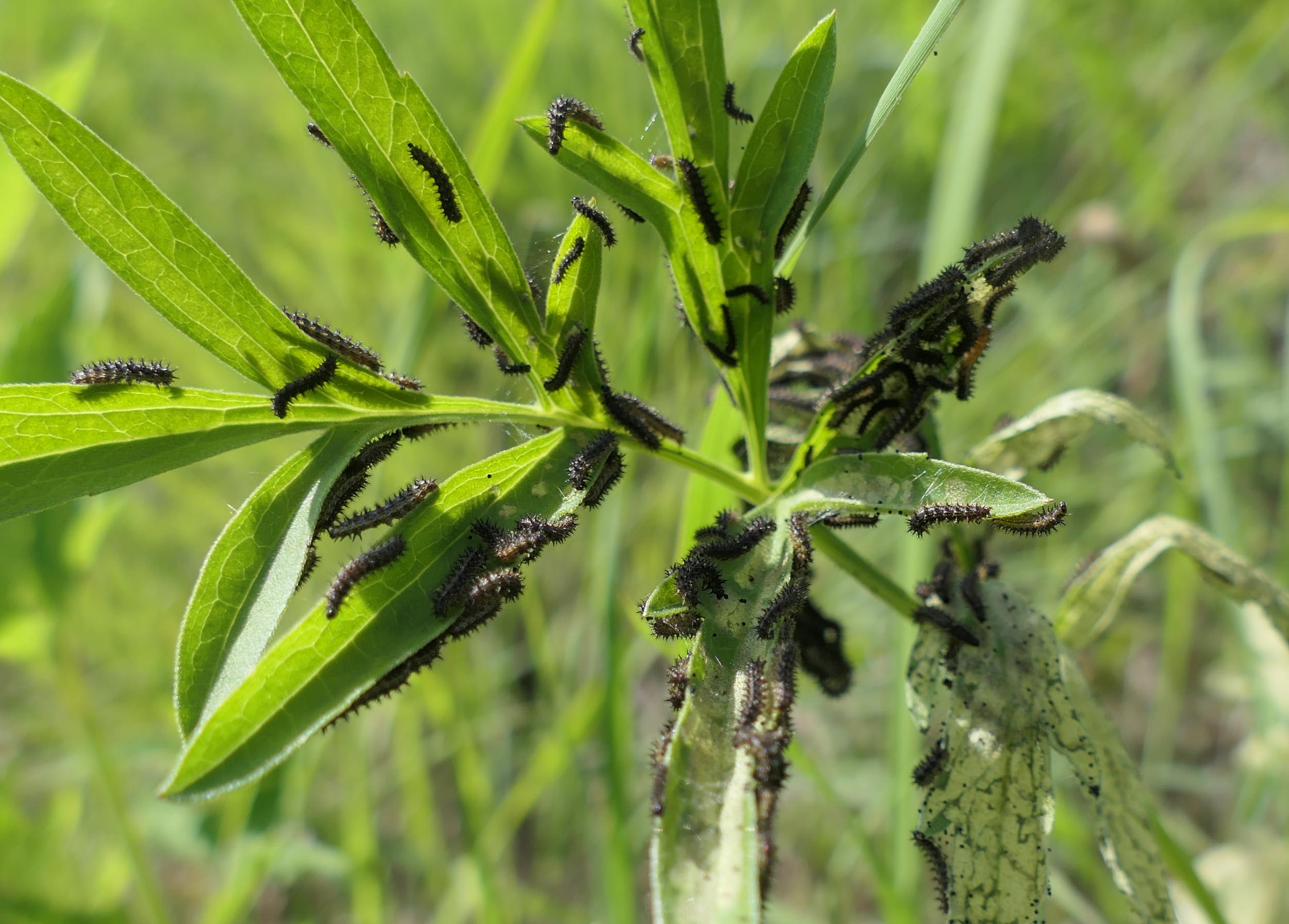 These are Blister Beetles (Lytta sayi).  They emerge every June just in time to demolish the flowers and seed pods on our White Wild Indigo.  This year they came a little early, so they also worked on flowers and seeds in our largest patch of Wild Lupine.  They’re native beetles, but they come in such huge numbers, and devour our flowers with such enthusiasm, that we’re always glad when they’re finished for the year.  I think they’re almost done now – we’re only seeing a few stragglers.   According to Bugguide their larval hosts are Agapostemon virescens – one of the small striped sweat bees. 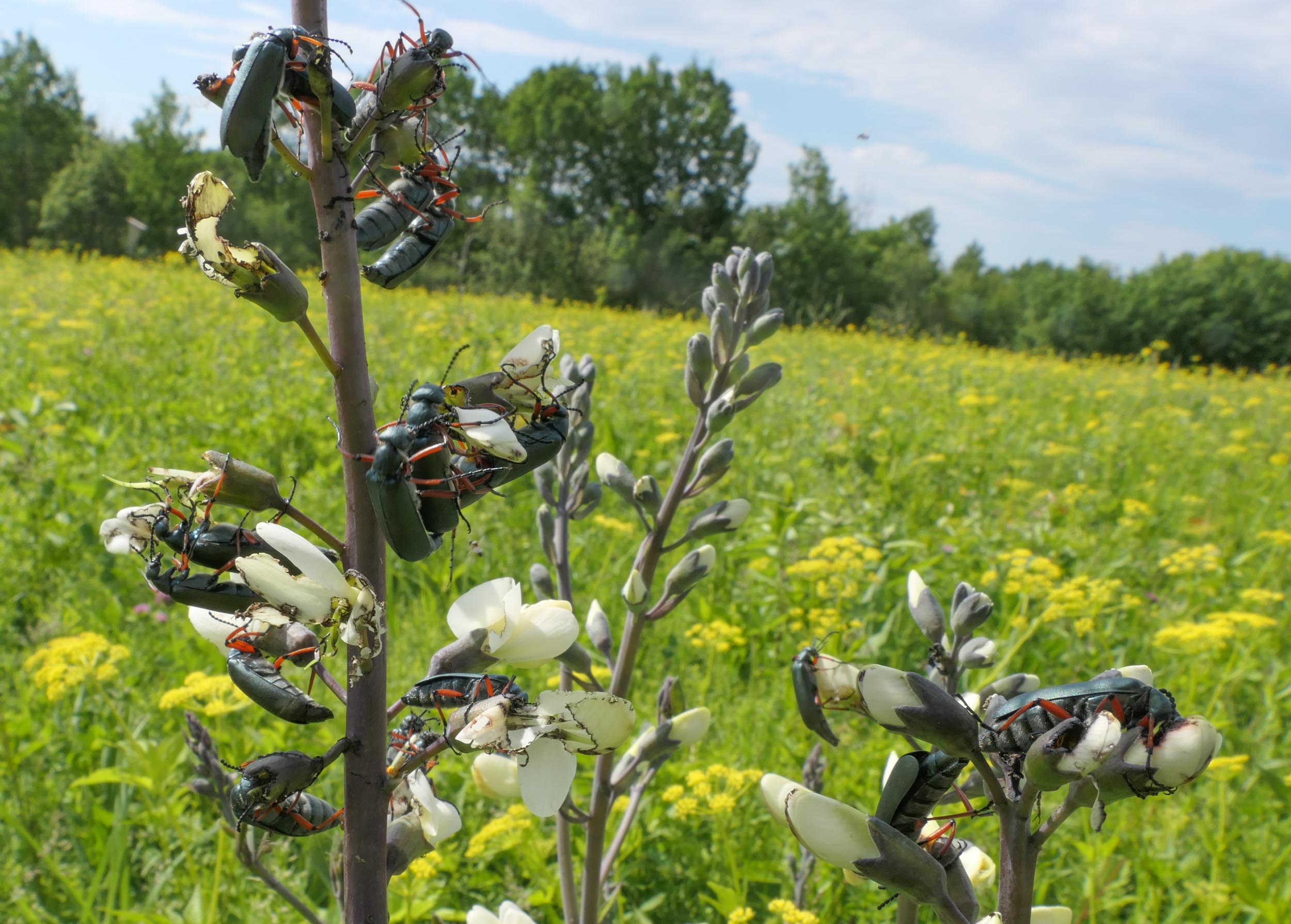 This is an Eyed Click Beetle – a large buzzing beetle that smacked into my glasses before it landed on the wooden bench.   They’re startling to encounter because they’re so big and loud.

I often come across bird nests when I’m out walking or working.  This nest is built under a sumac shrub on one of our bluff prairies.  Field Sparrows and Eastern Towhees build nests on the ground, so it could be either of those.   The parent flew away as I got close, but so quickly that I’m not sure what species it was.  I tiptoed away quickly,  but couldn’t resist taking a photo before I left.  My birding friend Anne pointed out that at least the nearer egg looks like it may be a Brown-headed Cowbird egg.  Another reason to think this may be a Towhee nest, since Towhees are frequent hosts of Cowbirds, and their eggs are about the same size. 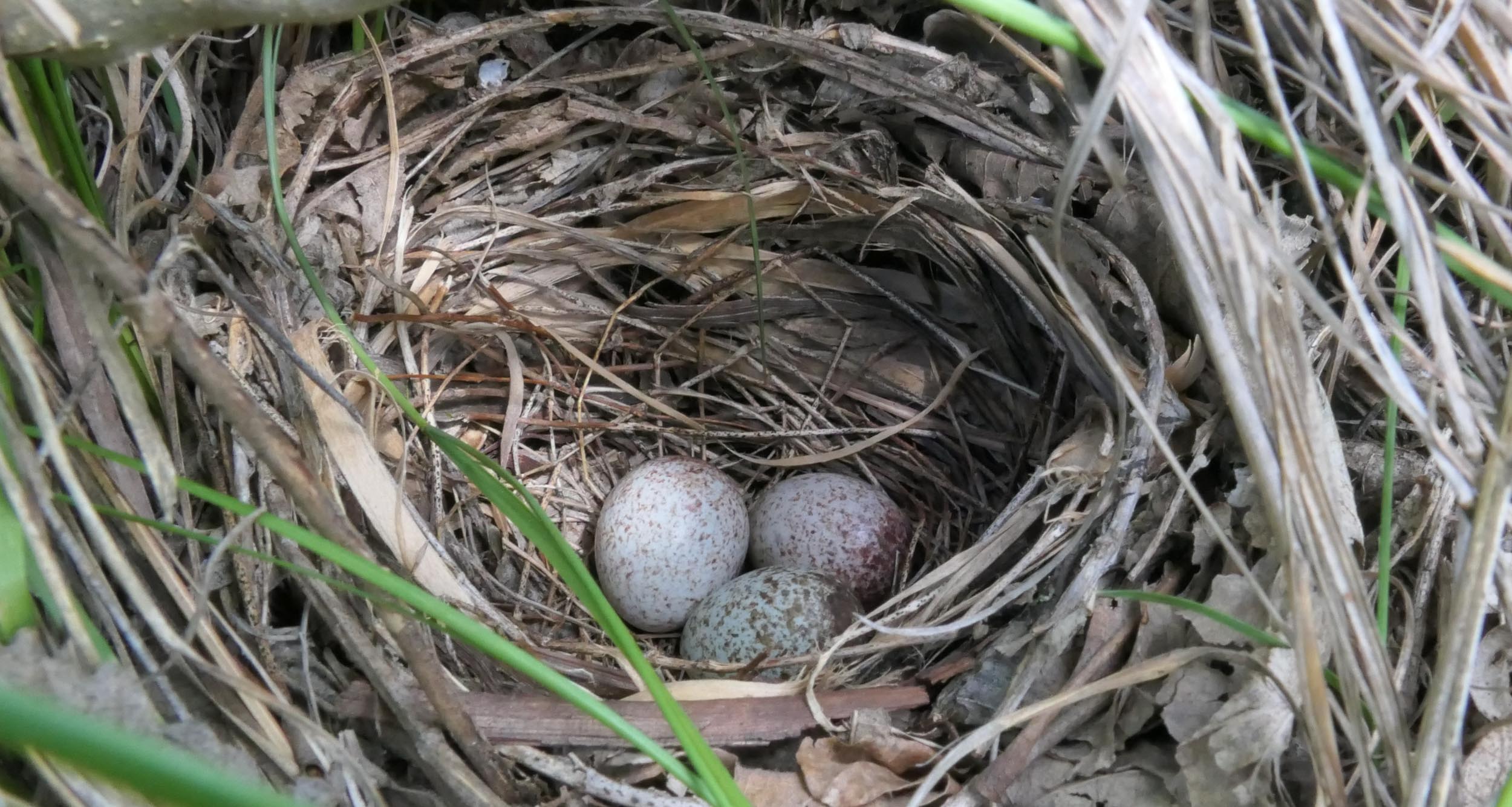 Wild Rose in a planted prairie 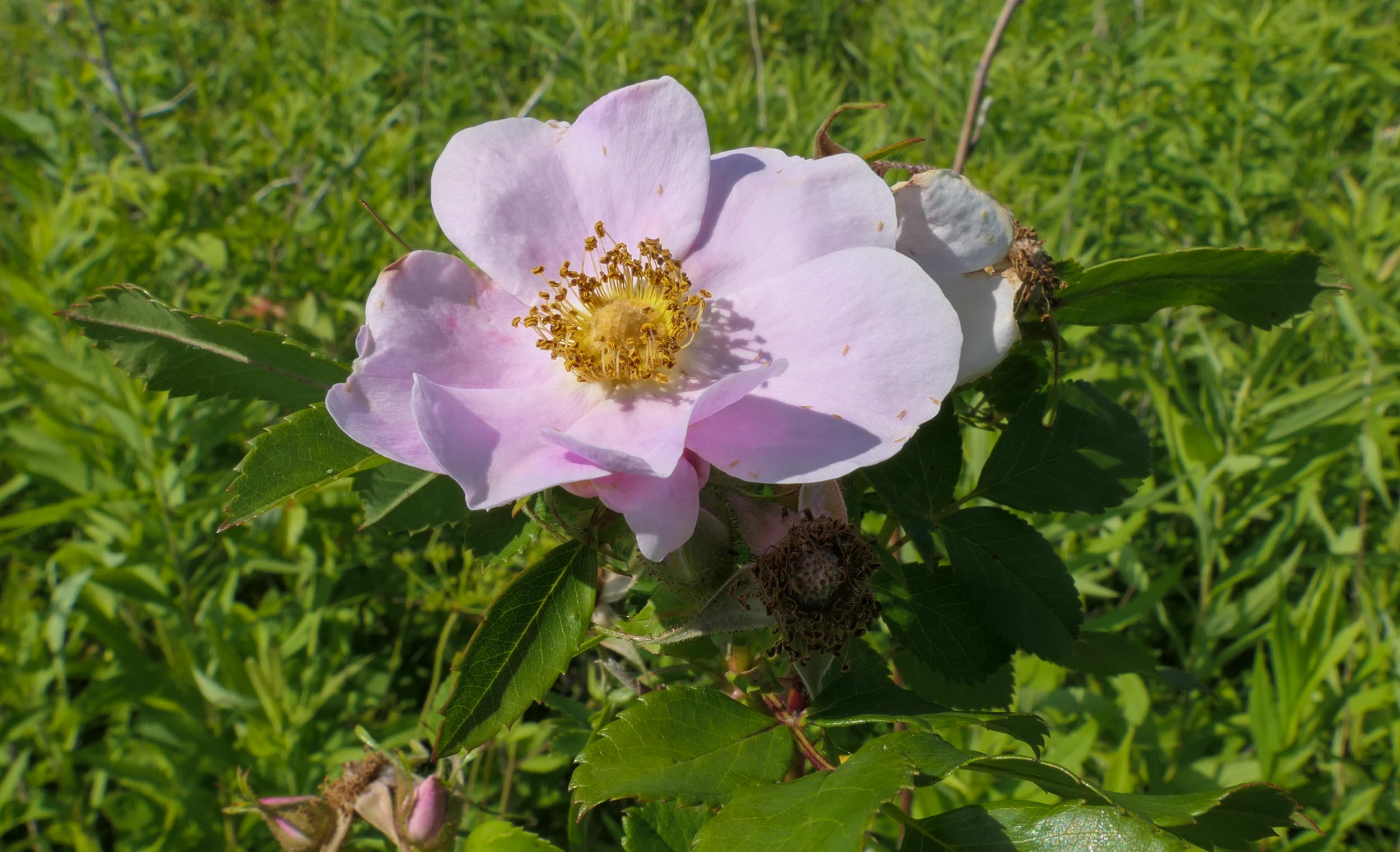 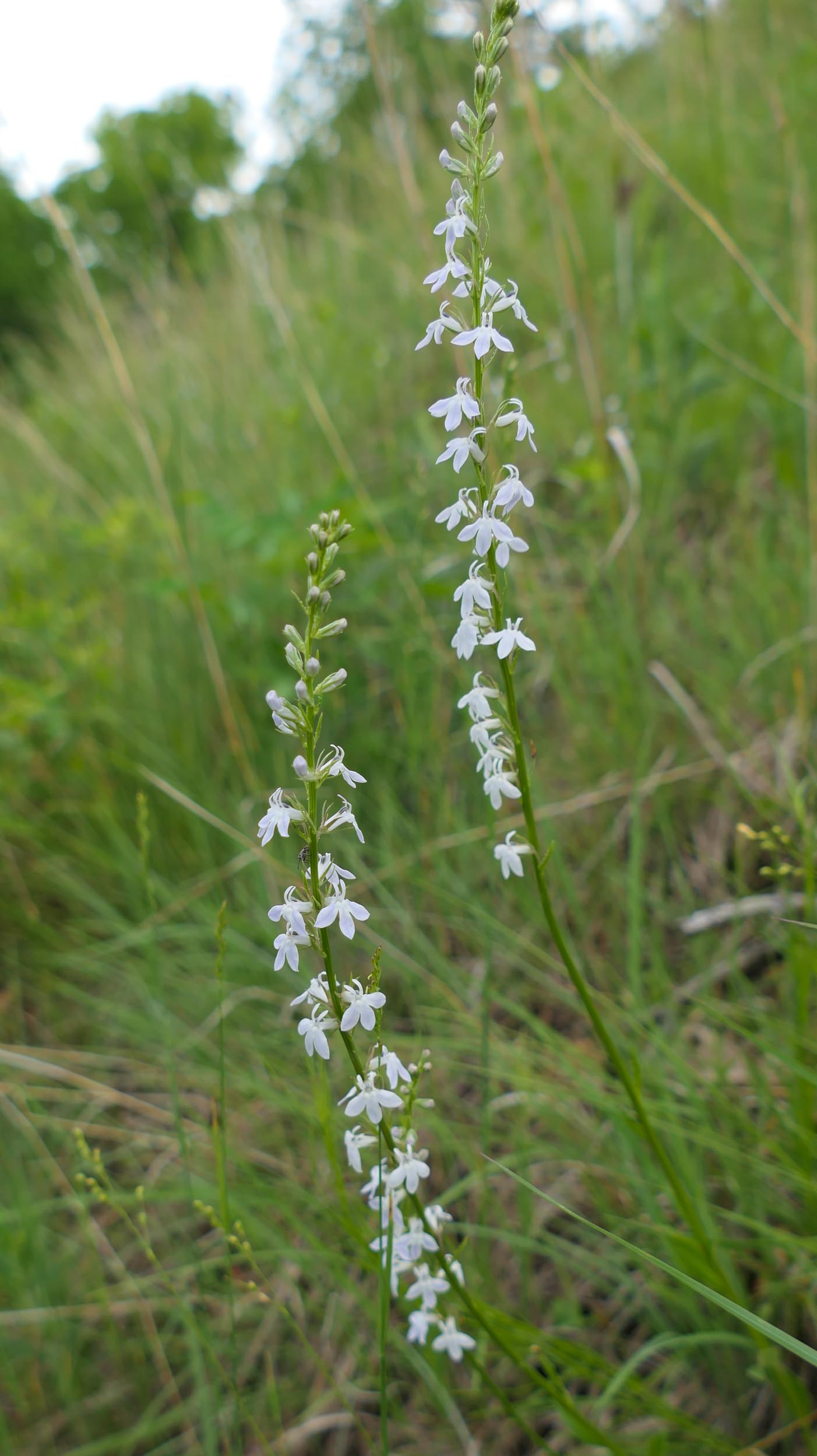 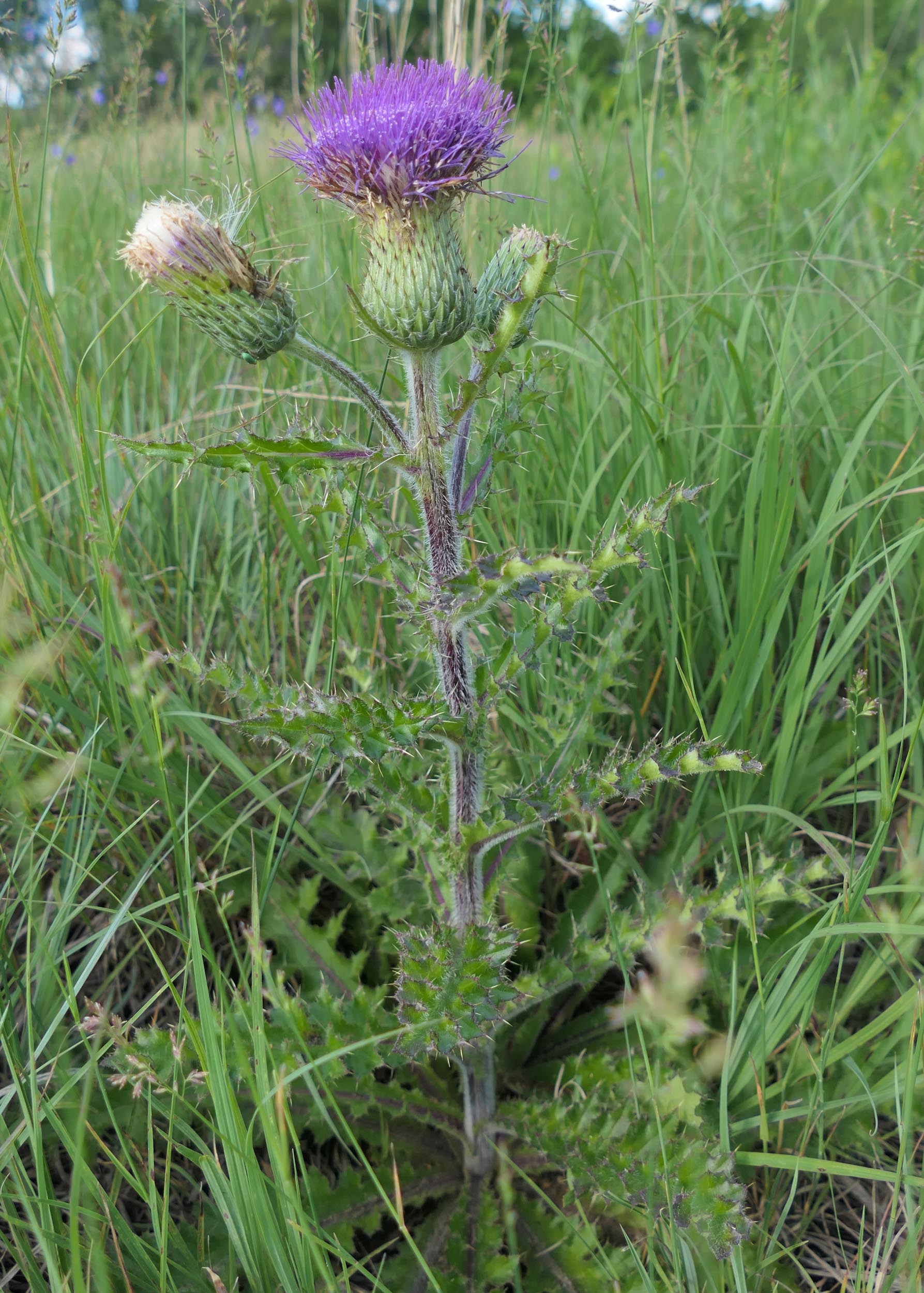 Northern Bedstraw is blooming now in our planted prairies.  Here it is with Spiderwort. 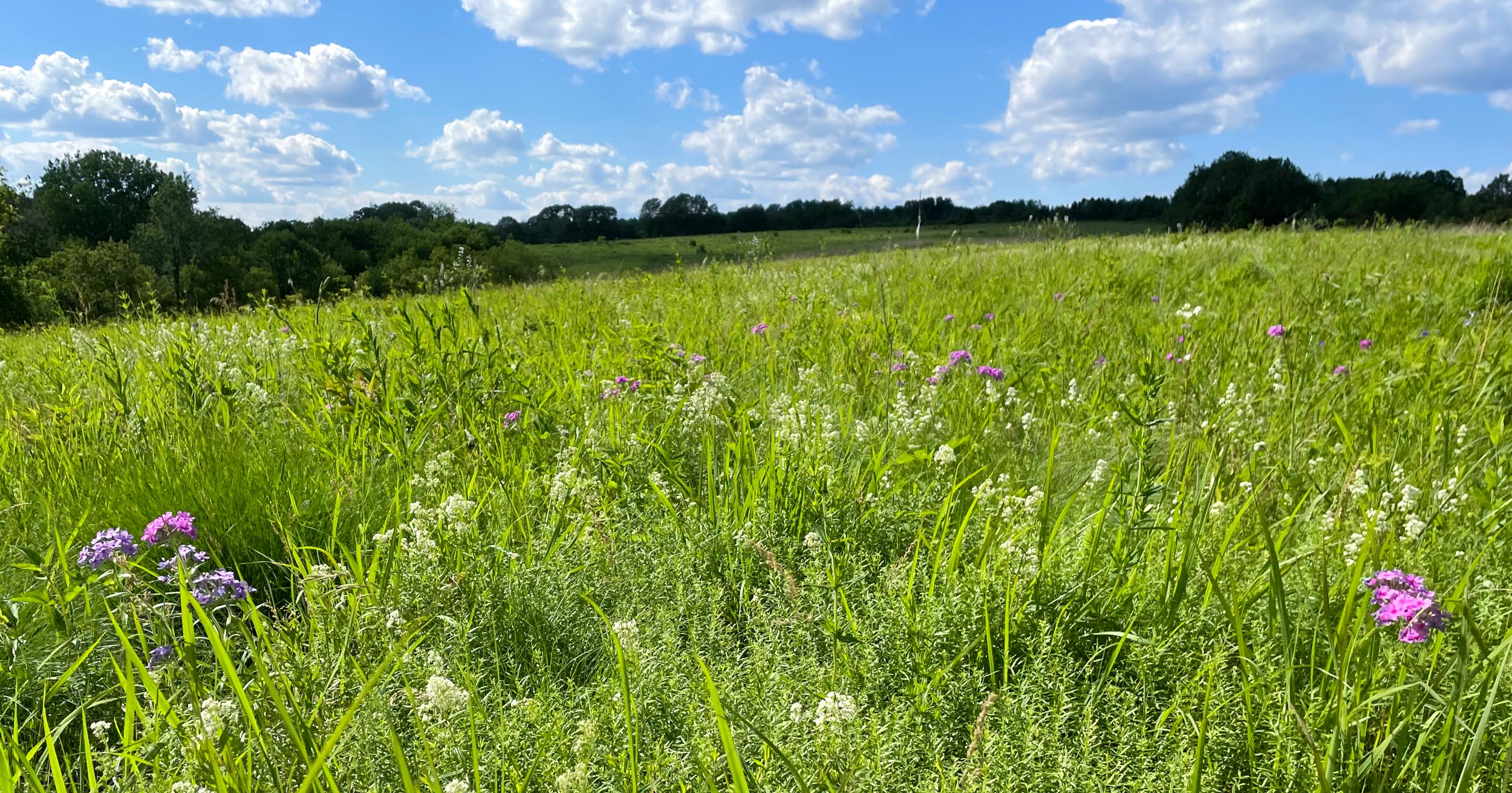 We’ve had some nice animal visitors too.  This fawn came wandering through the glen, walking in the creek.  With bright colored birds fluttering all around it, it looked like it had stepped out of the Bambi movie. 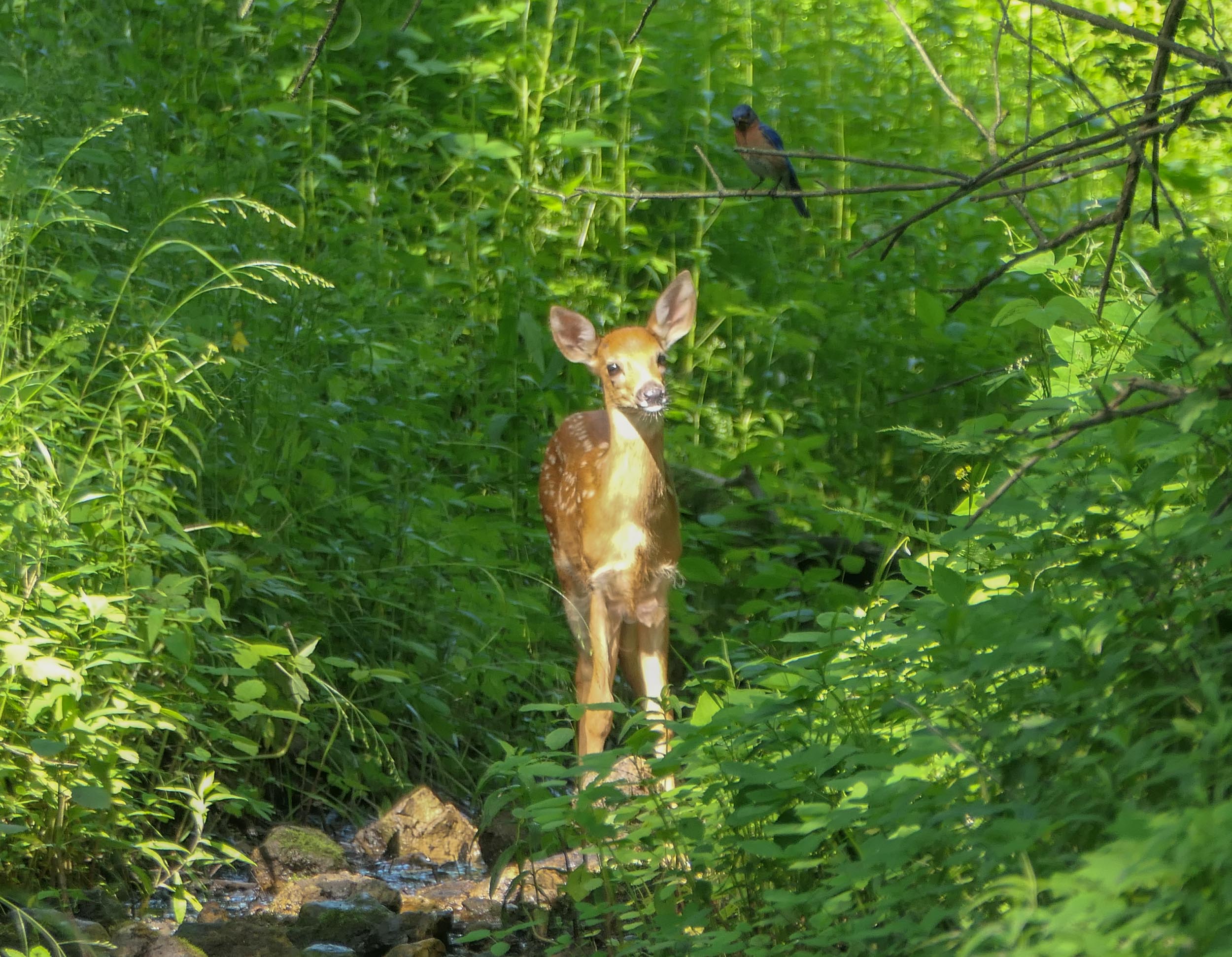 This raccoon climbed the partly dead tree outside my window. 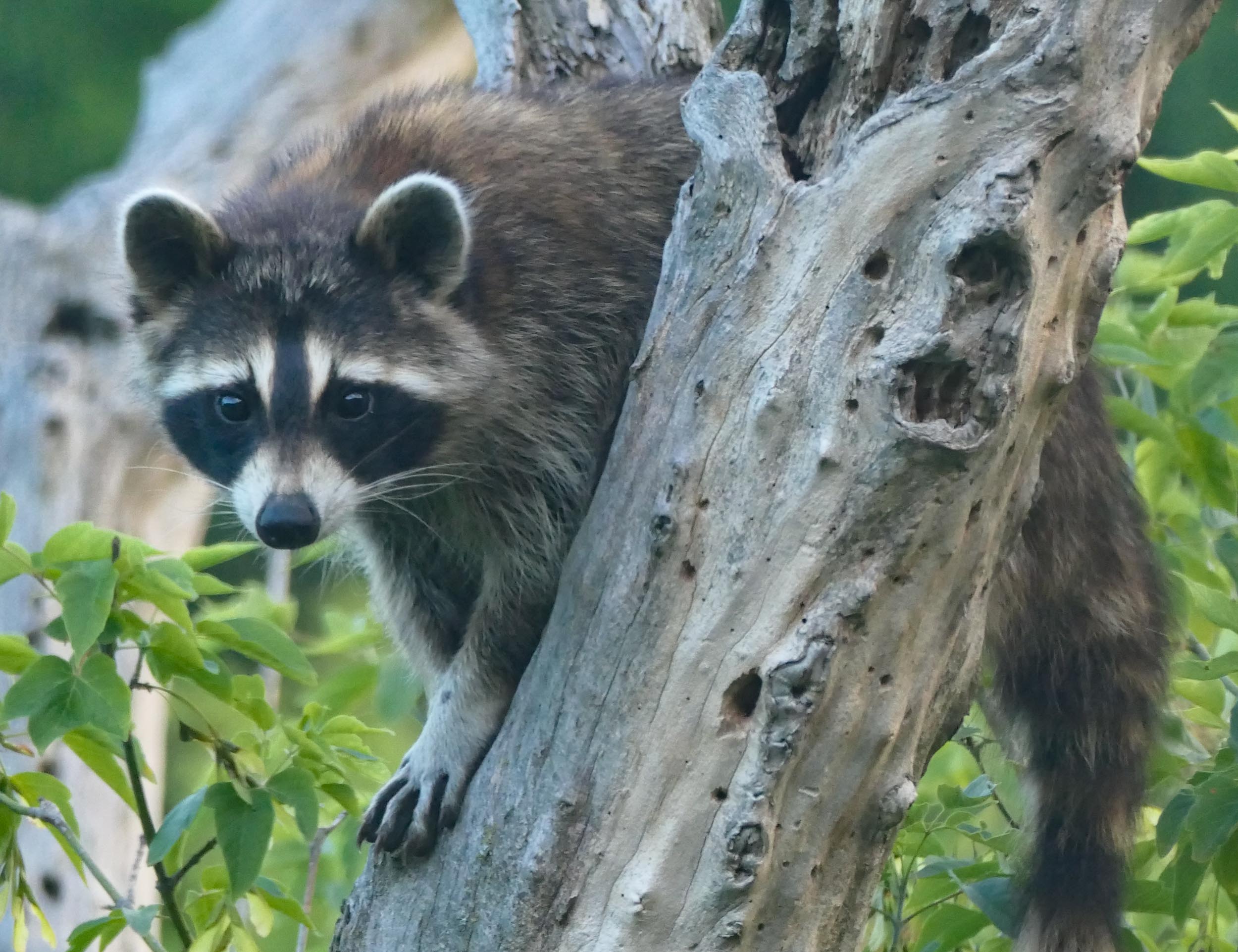 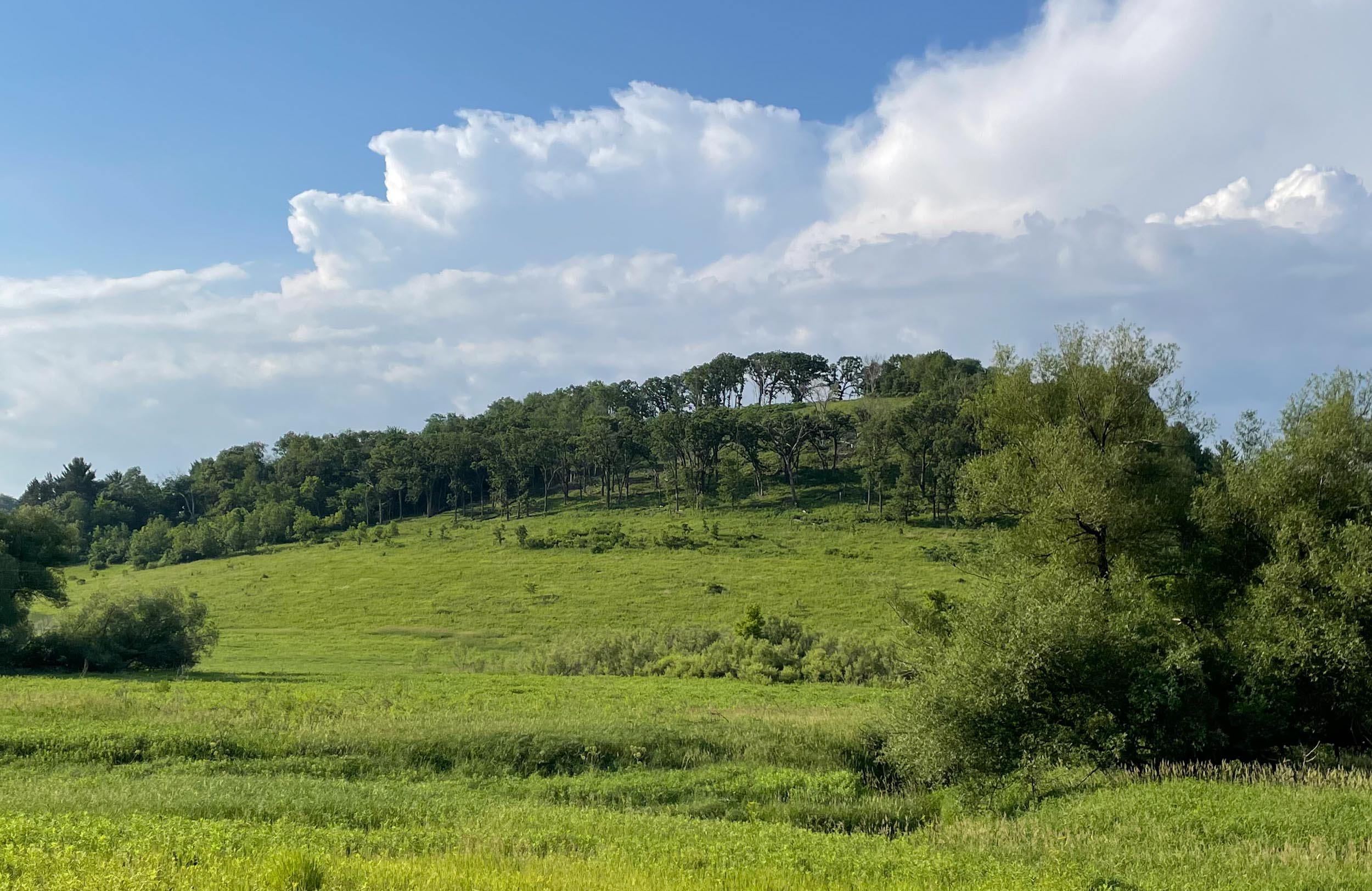 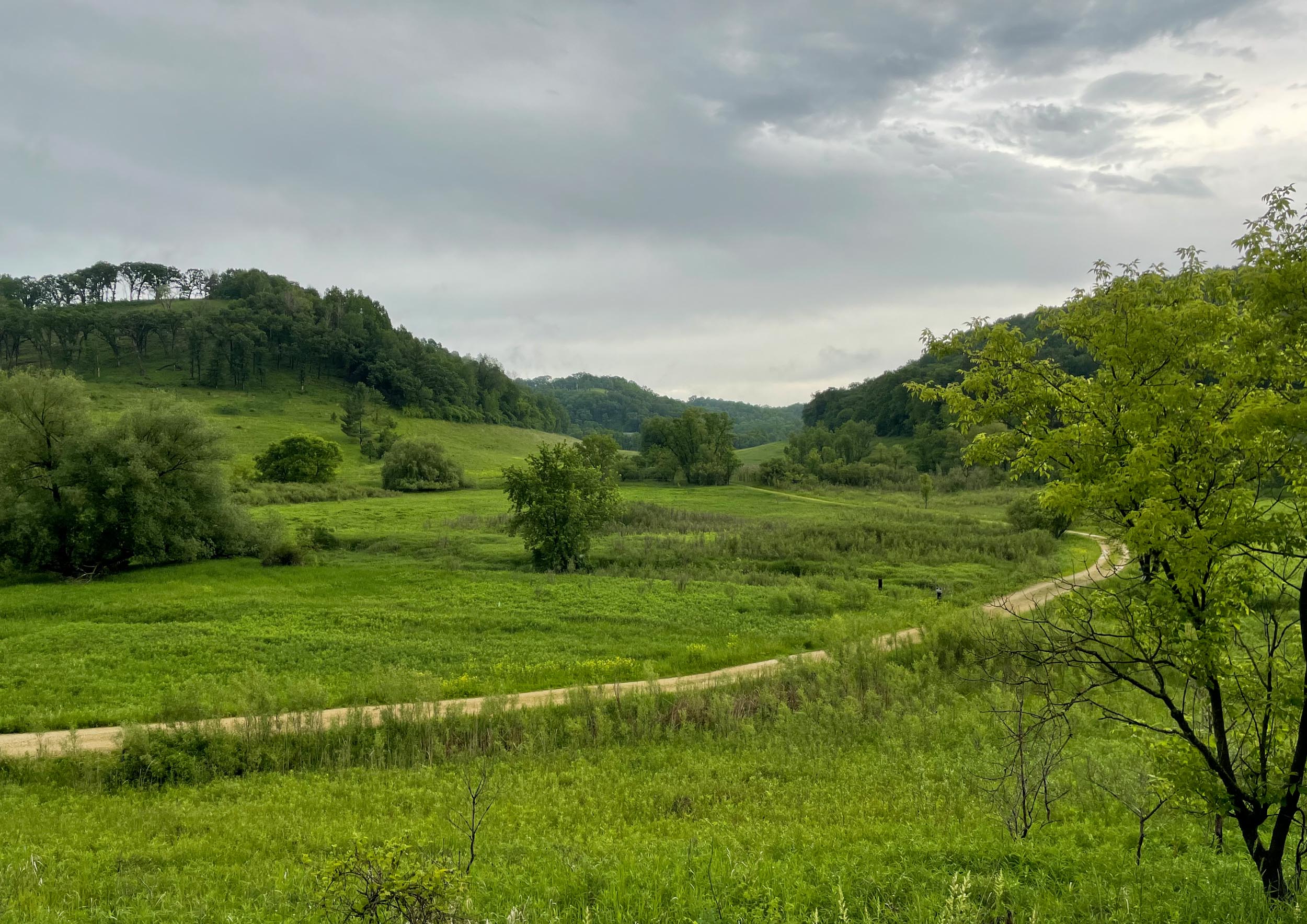 Driveway through the wetland 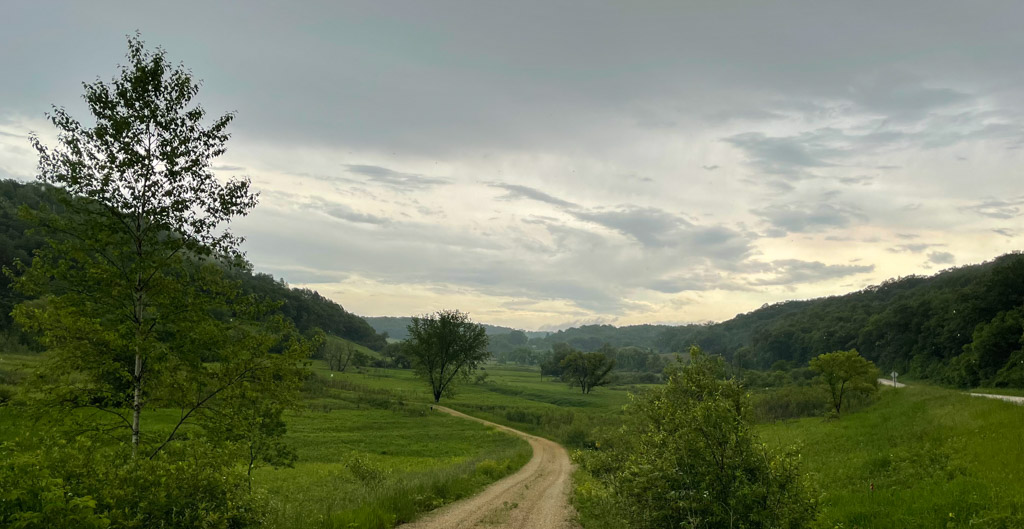