This post is mostly insects, with a few flowers and mountains.

Our best insect find was an Early Hairstreak – a small, early flying butterfly that’s uncommon to rare everywhere it’s found.  Some people have speculated that it spends most of its time in the tree canopy, so it’s around, but just not seen very often.

Chuck found one next to the path on one of our walks, and we both spent a lot of time photographing it. 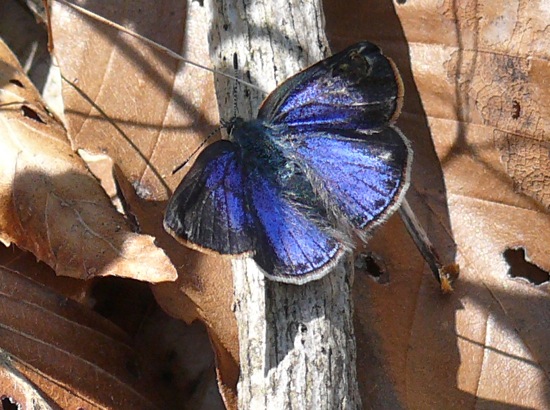 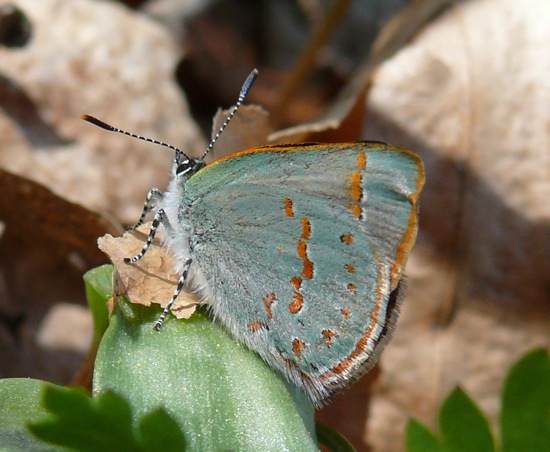 It was very cooperative – even sitting on my finger.  It looks like one of its wings didn’t straighten completely – that could be why it was so calm. 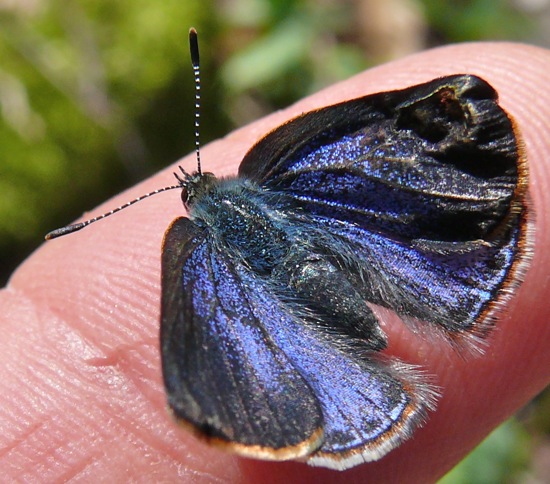 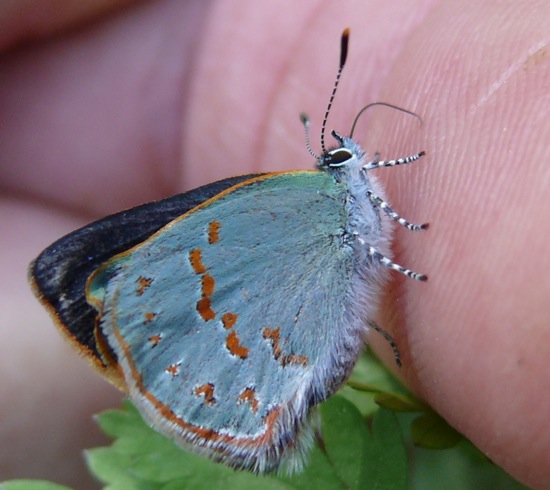 I also found my first Elfin.  Elfins are small brown butterflies with distinctive patterns on their wings.  They’re found in many parts of the country, but they’re not common, and I’d never seen one before.  This is a Brown Elfin. 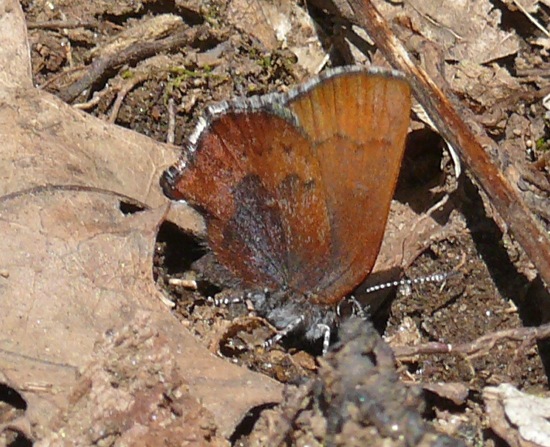 We saw numerous West Virginia Whites, but the only ones that would hold still for a photo were this mated pair. 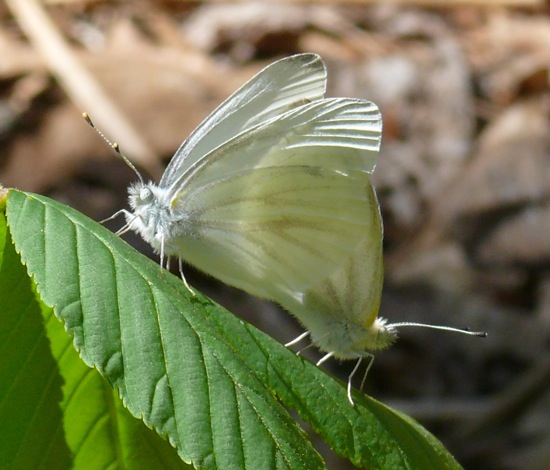 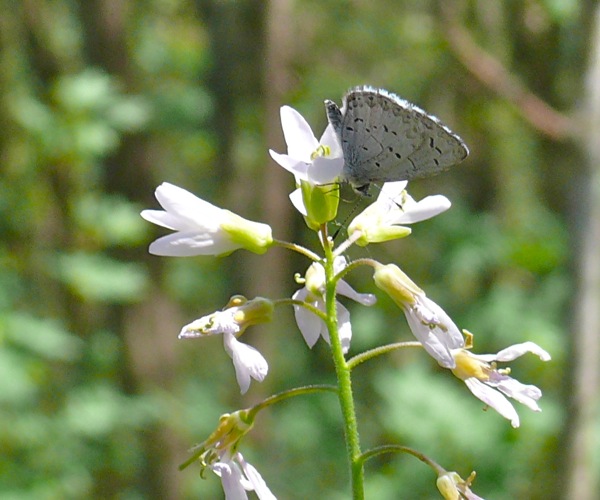 We saw lots of Tiger Swallowtails.  This one was nectaring on a non-native, very sweet-smelling flowering bush. 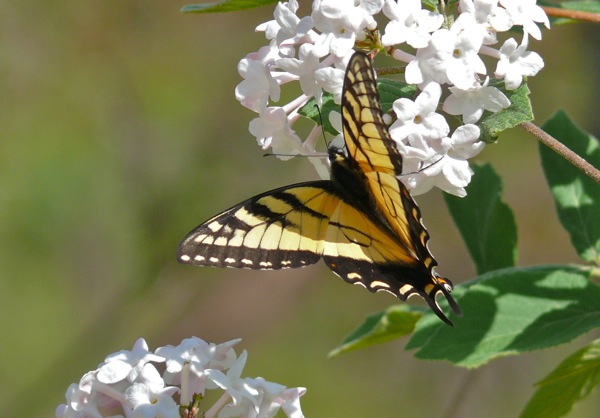 This is a male – without much blue on the hind wings. 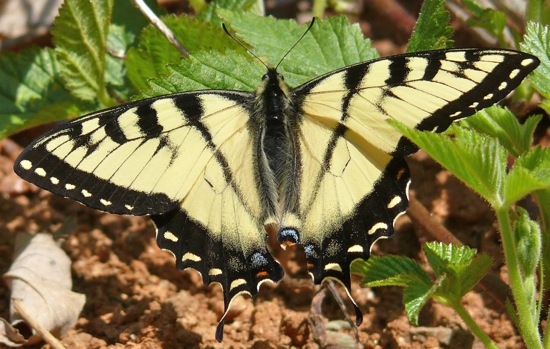 This one is a female – much more blue. 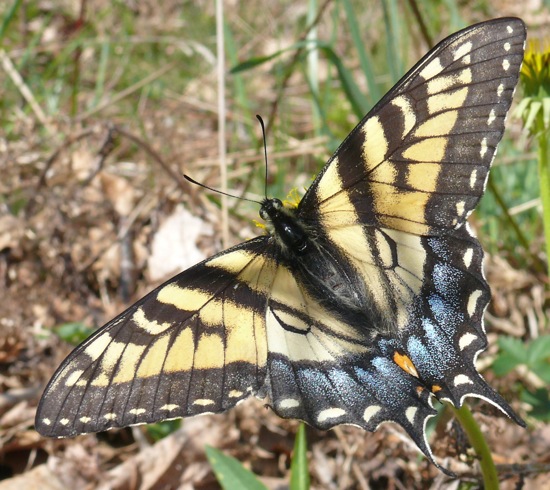 Juvenal’s Duskywing – a common butterfly in the woods 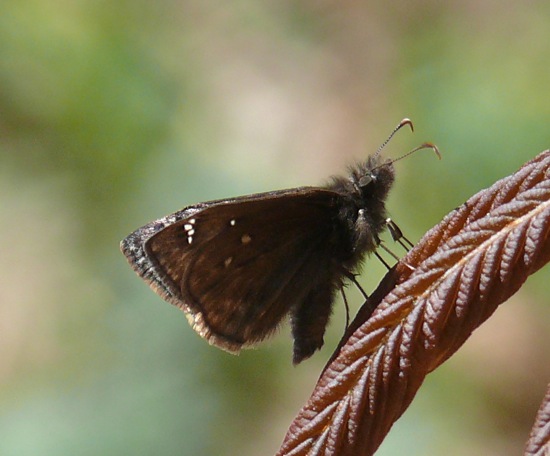 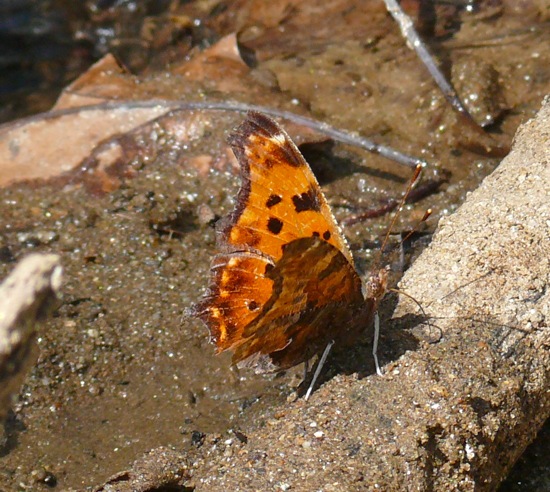 Eastern commas blend in with dead leaves when their wings are closed.  Their name comes from the white “comma” mark on the underside of the hind wing. 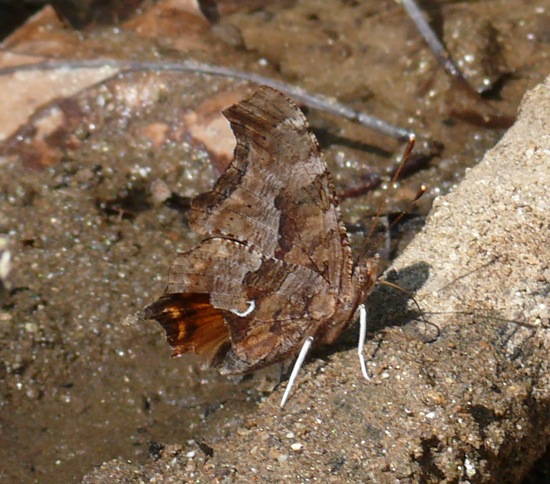 We saw a few other nice insects.  This is a Splendid Tiger Beetle.  It lives as far north as southern Wisconsin, but I’ve never seen it there. 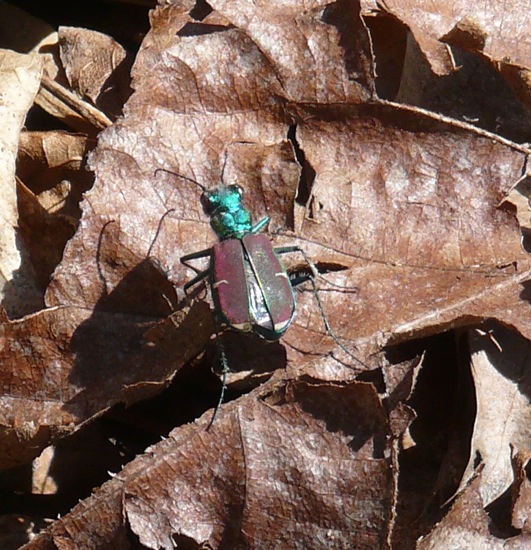 A White Striped Black – a small day-flying moth.  These are also common in Wisconsin. 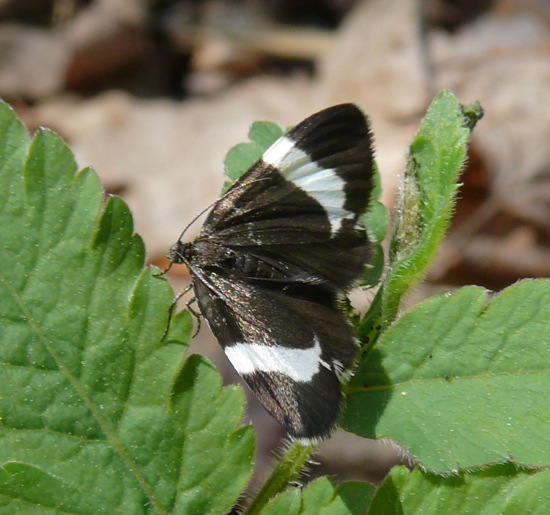 And this is a Bloodroot flower with an interesting insect – but I don’t know what it is. 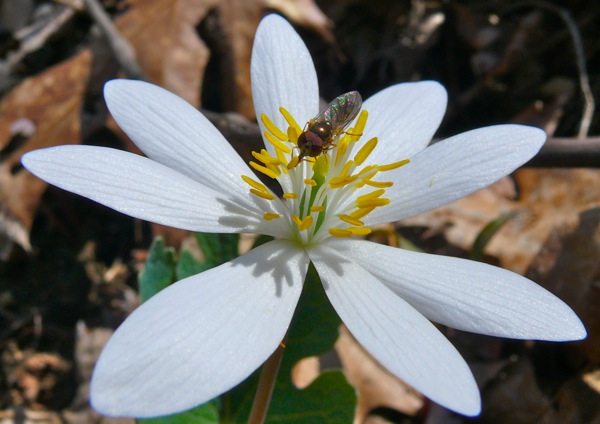 Here are a few more flower pictures.  This was a place where Trout Lilies carpeted the floor of the woods.  It was at a higher elevation, so the flowers weren’t blooming yet. 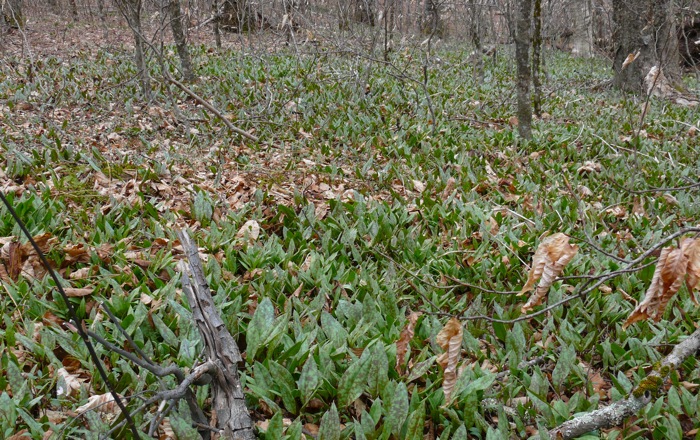 Here are a few that were a little further down the mountain.  Spring moves up the mountain, so if a flower isn’t in bloom yet in one place, you can often go a bit lower and find the flowers. 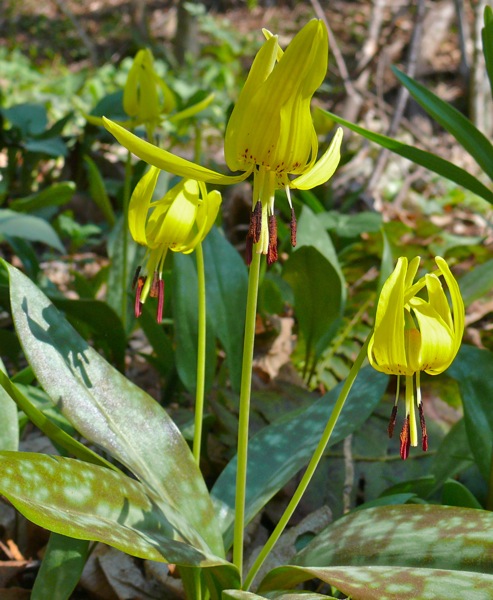 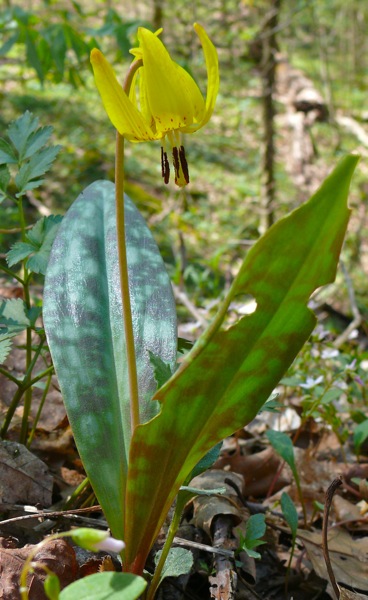 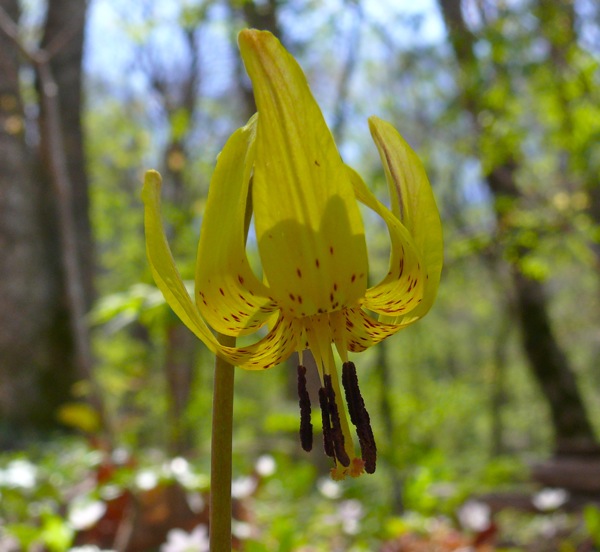 This is the Carolina Spring Beauty – found in Canada and the northern US, and then in the mountains as far south as Georgia. 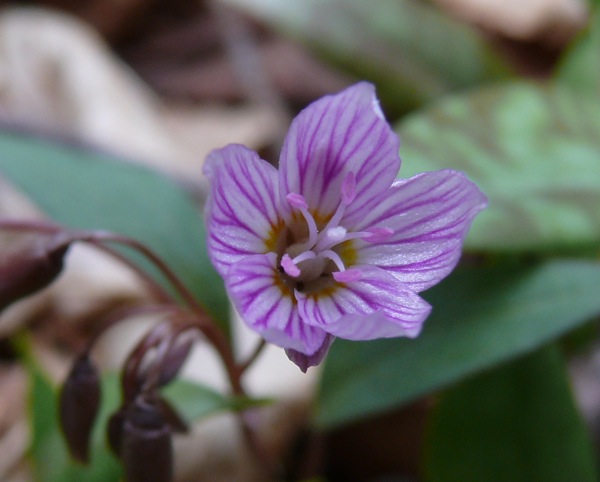 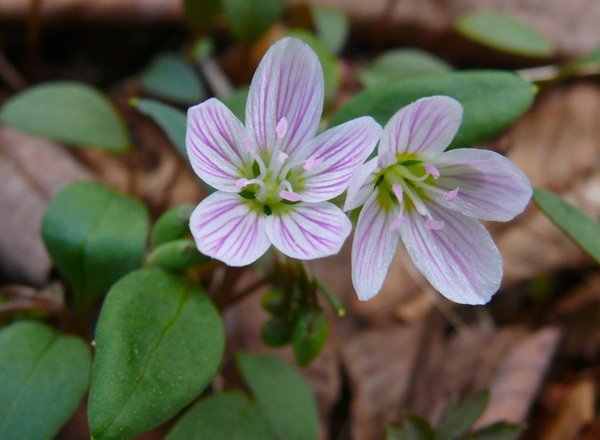 Virginia Spring Beauty – found throughout the eastern US and Canada 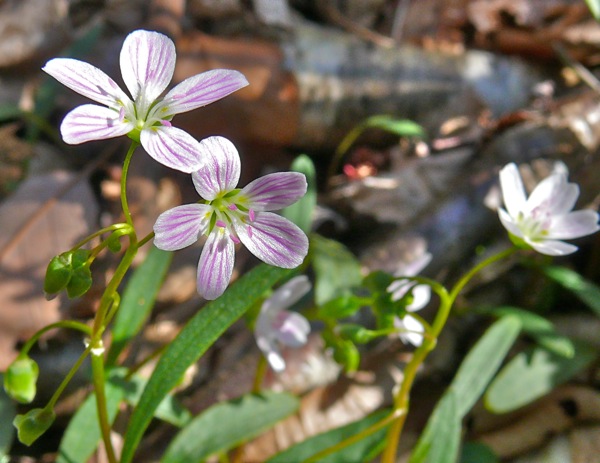 Some moss and lichens on a rock 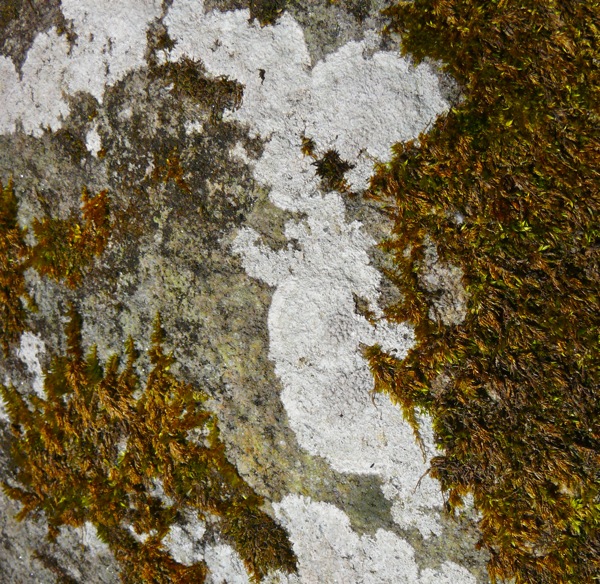 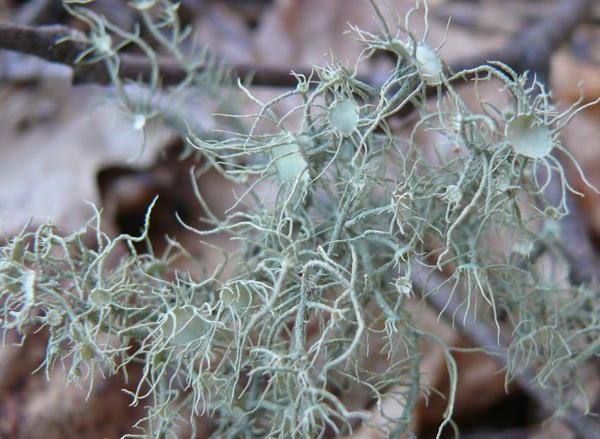 And there were always mountains. 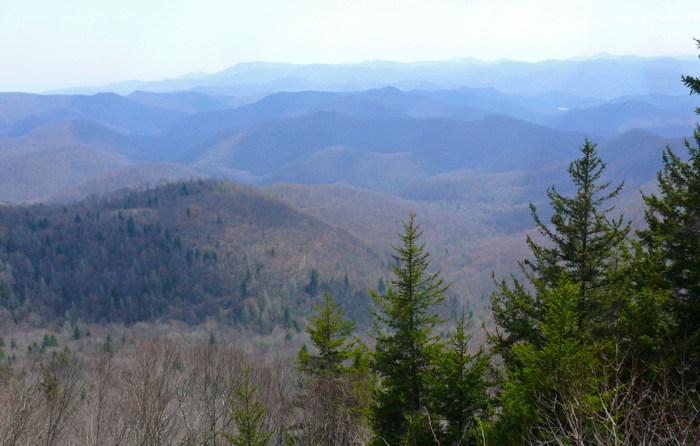 These last two pictures were taken at sunrise, in Smoky Mountain National Park, as we started our drive back to Wisconsin. 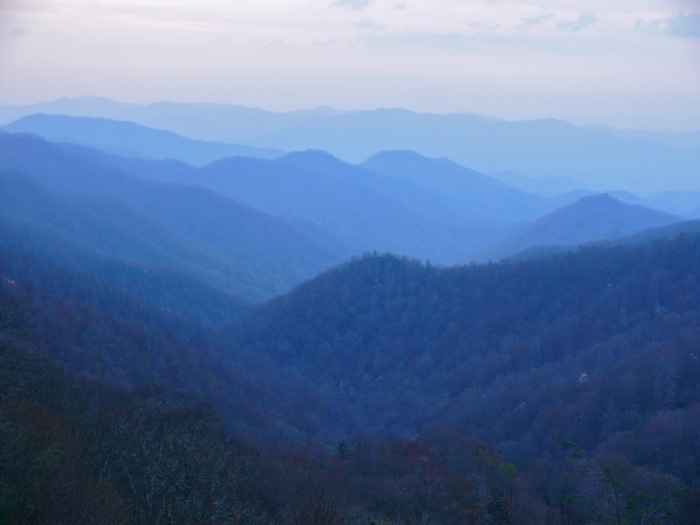