Spring is really coming now – the air is warmer and the snow has disappeared everywhere except some patches on the north-facing slopes.   There are still nights when we get dustings of snow, but they melt away as soon as the temperature rises the next day. 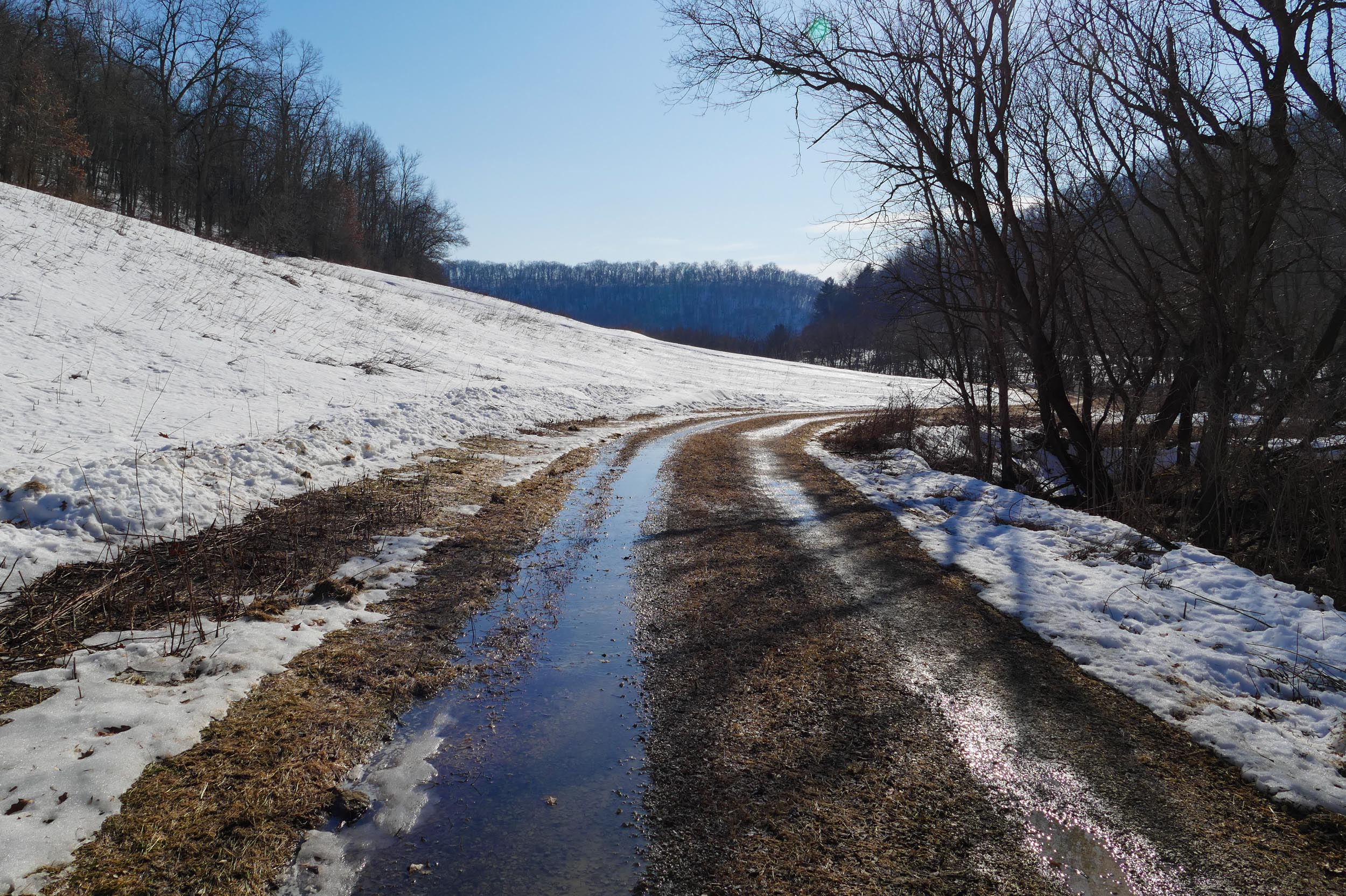 This was when the snow was just starting to disappear, but it was still warm enough to sit on our bench and look at the view. 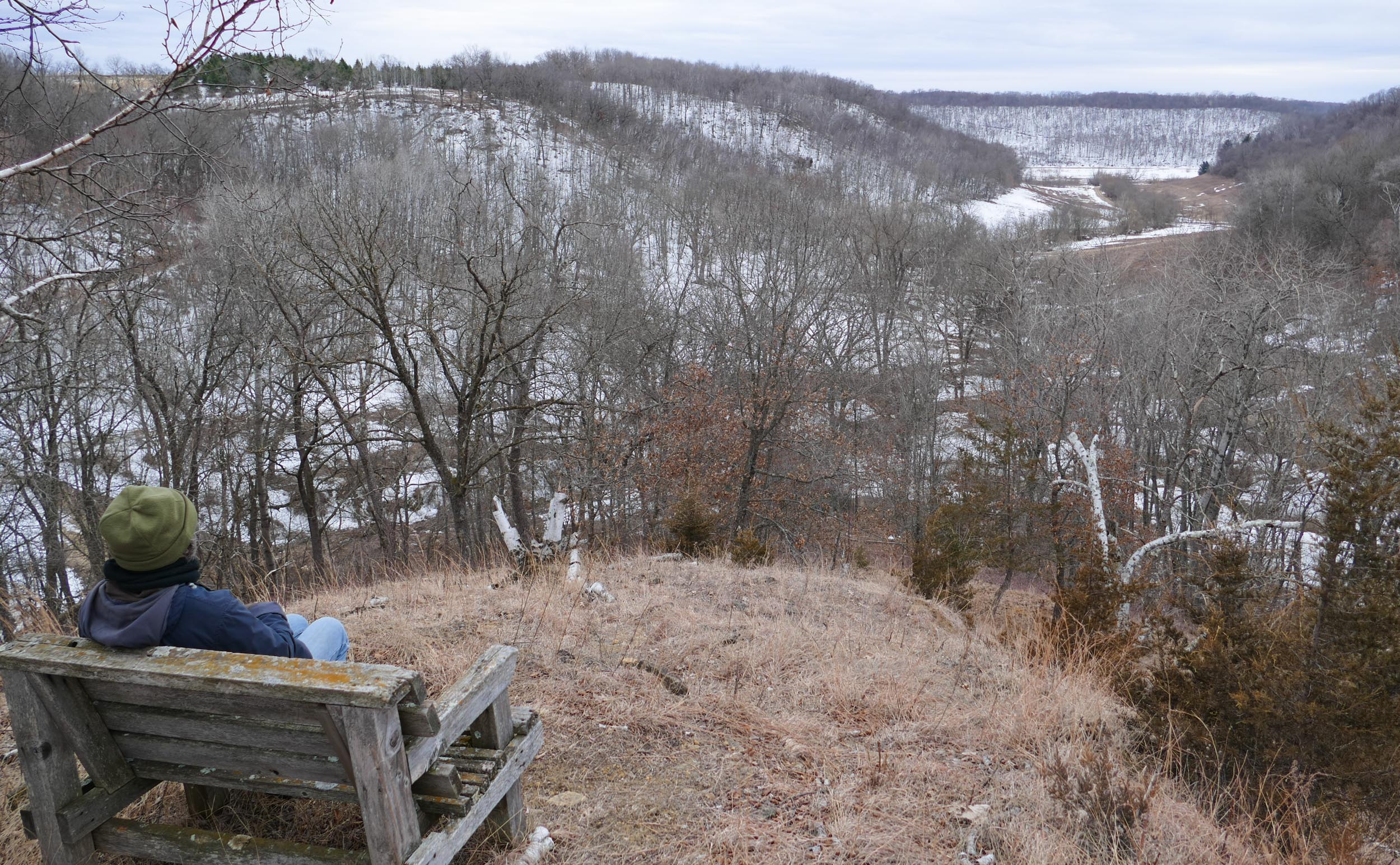 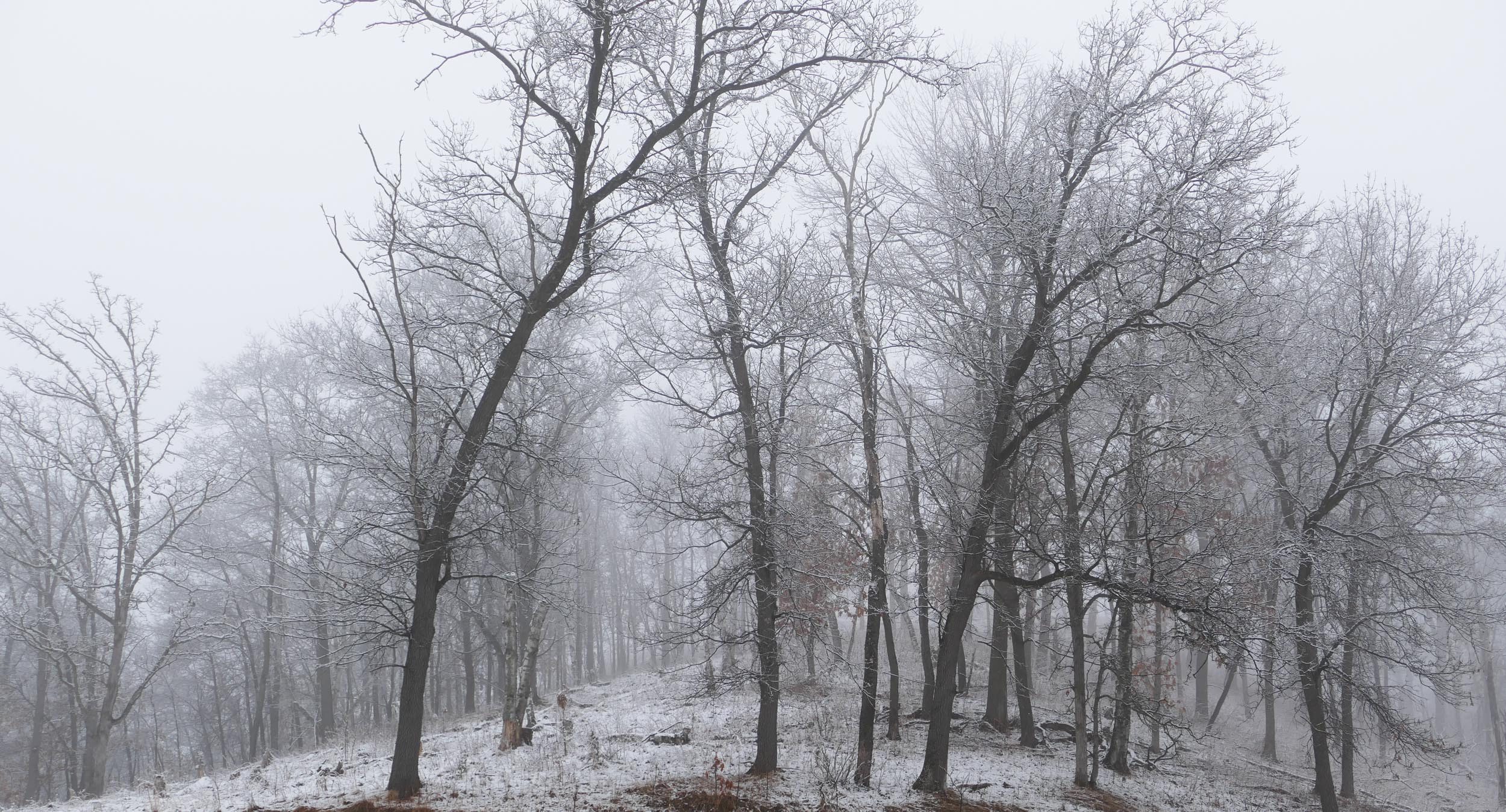 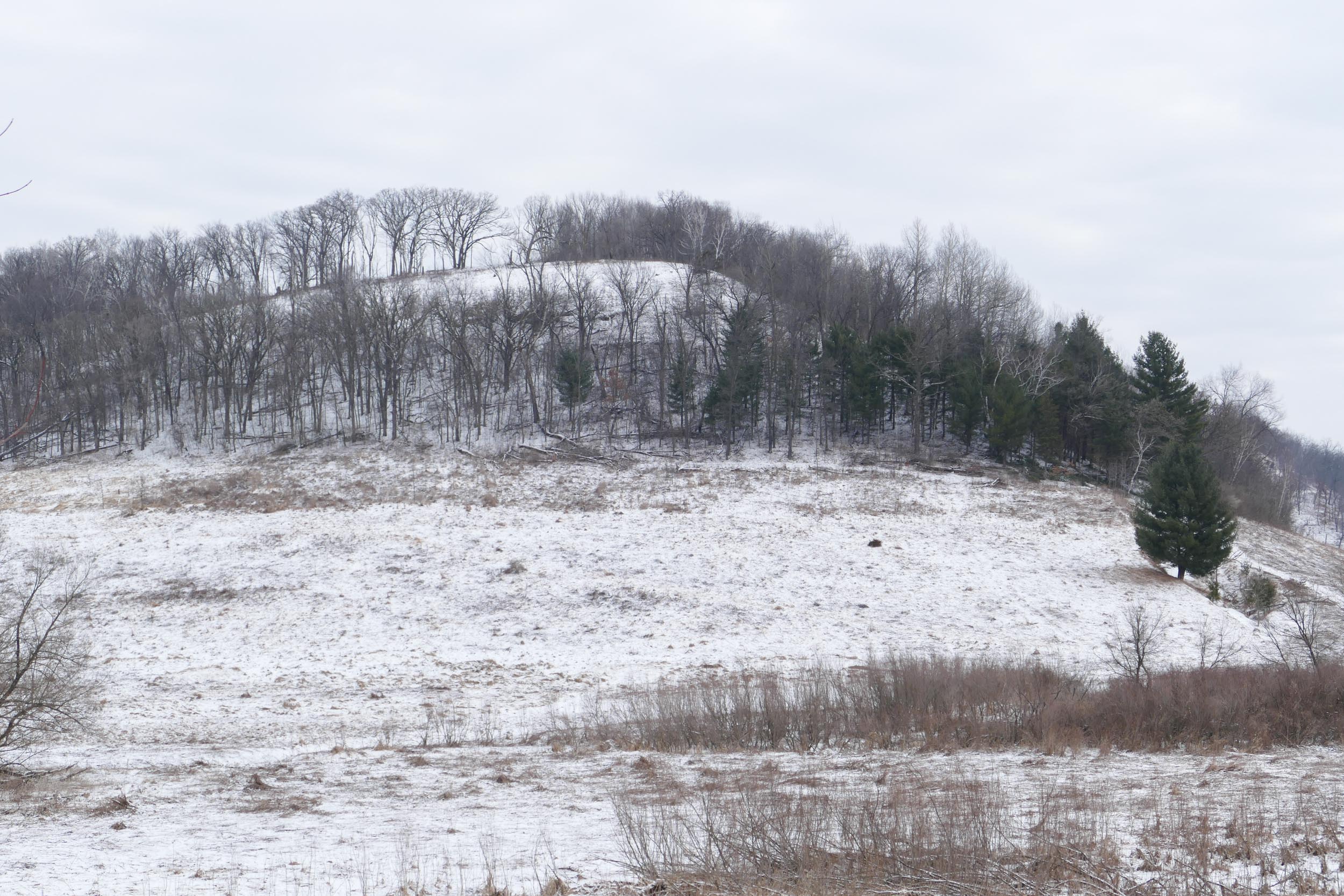 One of the nice things about these little bits of snow is that the solar panels clean themselves. 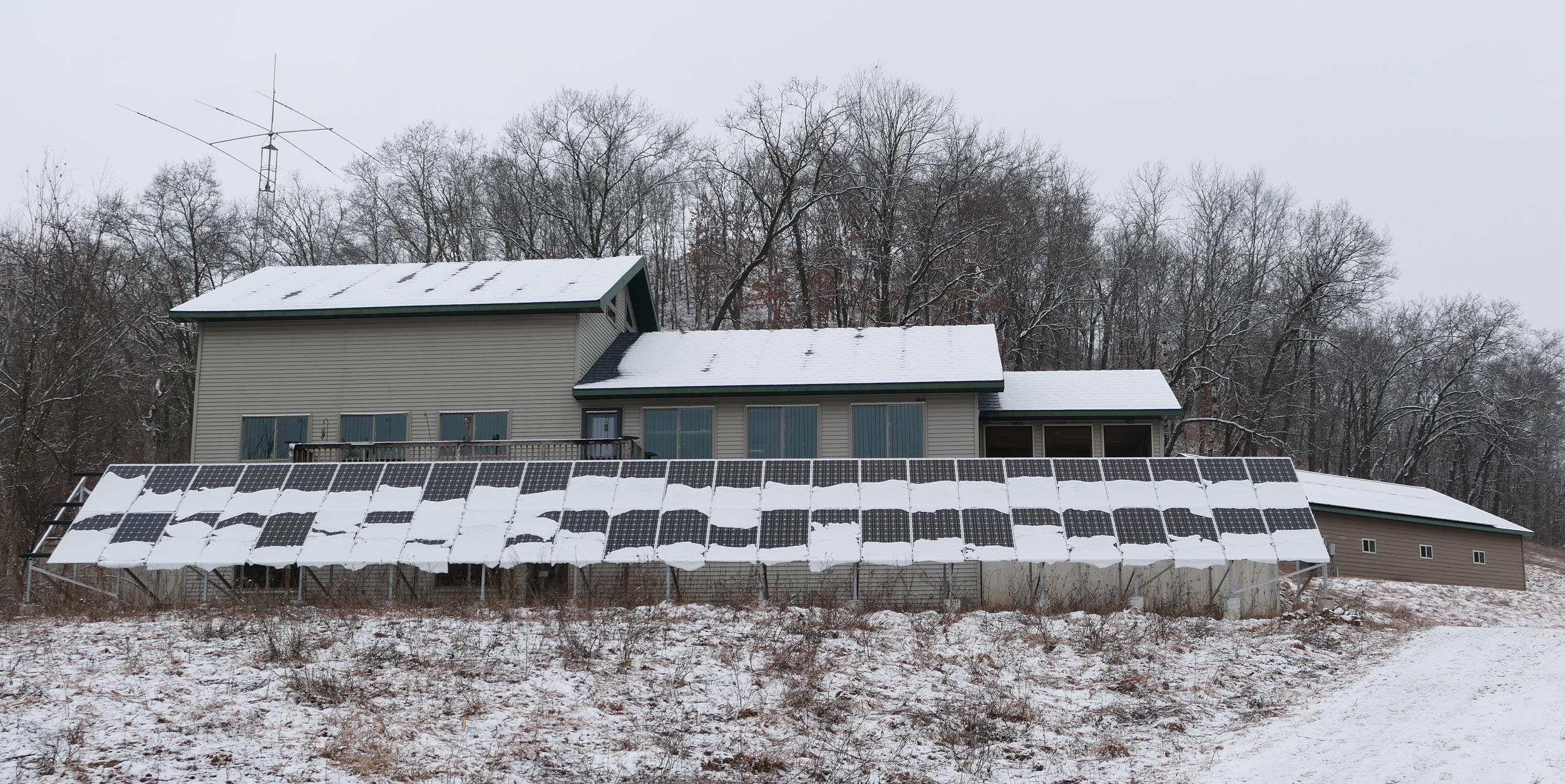 Spring birds are returning – Red-winged Blackbirds are usually the first.  This was the very first arrival – on March 8. 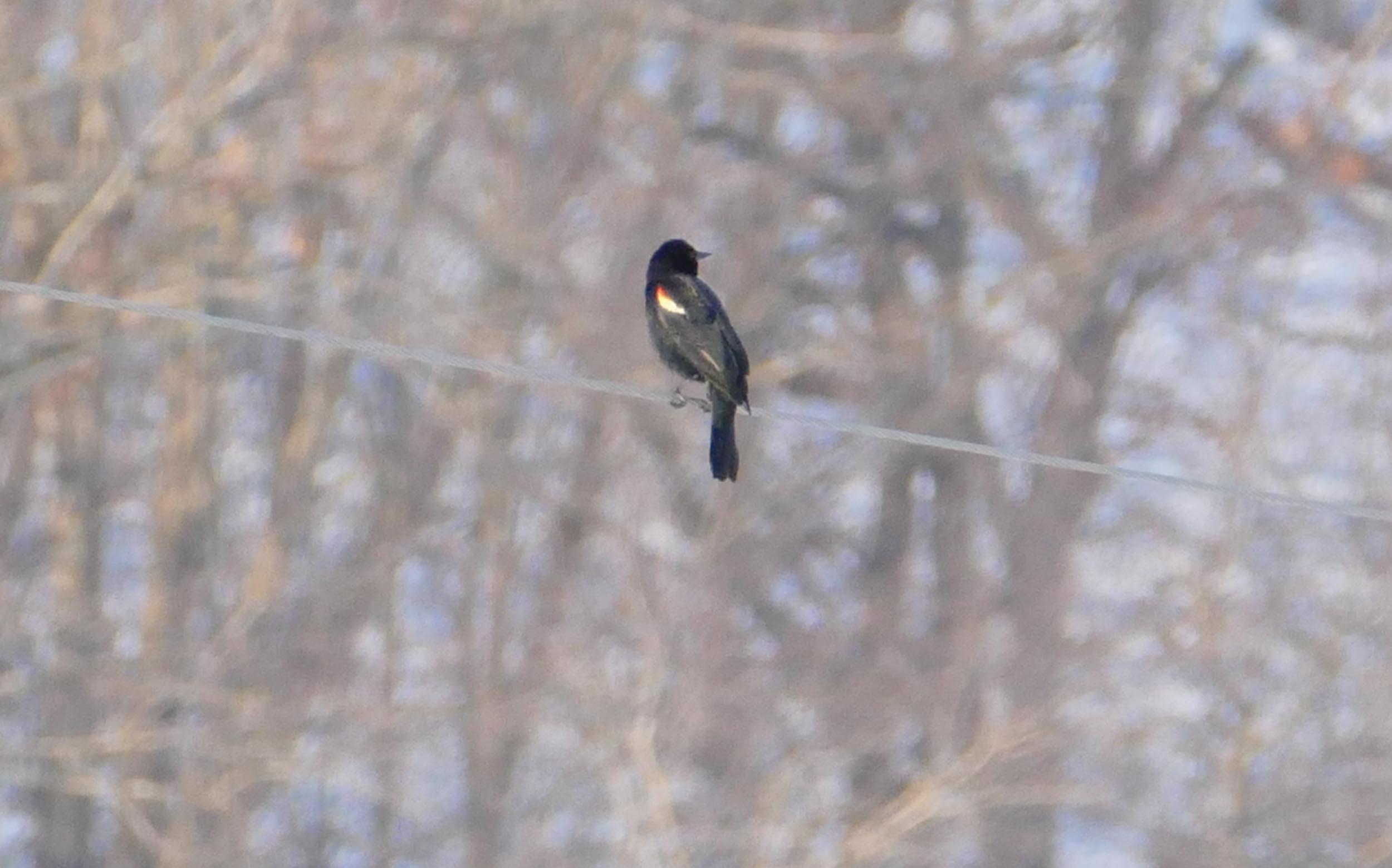 Now the wetland is full of singing blackbirds, Song Sparrows, and cardinals.  We’re also hearing American Woodcocks, huge flocks of American Robins, Eastern Bluebirds, and flocks of Sandhill Cranes.  Wild Turkeys are gobbling, and yesterday we saw our first of the spring flock of Turkey Vultures.

The snow has melted so slowly that the creek hasn’t been flooding.  This is as high as it’s gotten – just slightly higher than normal. 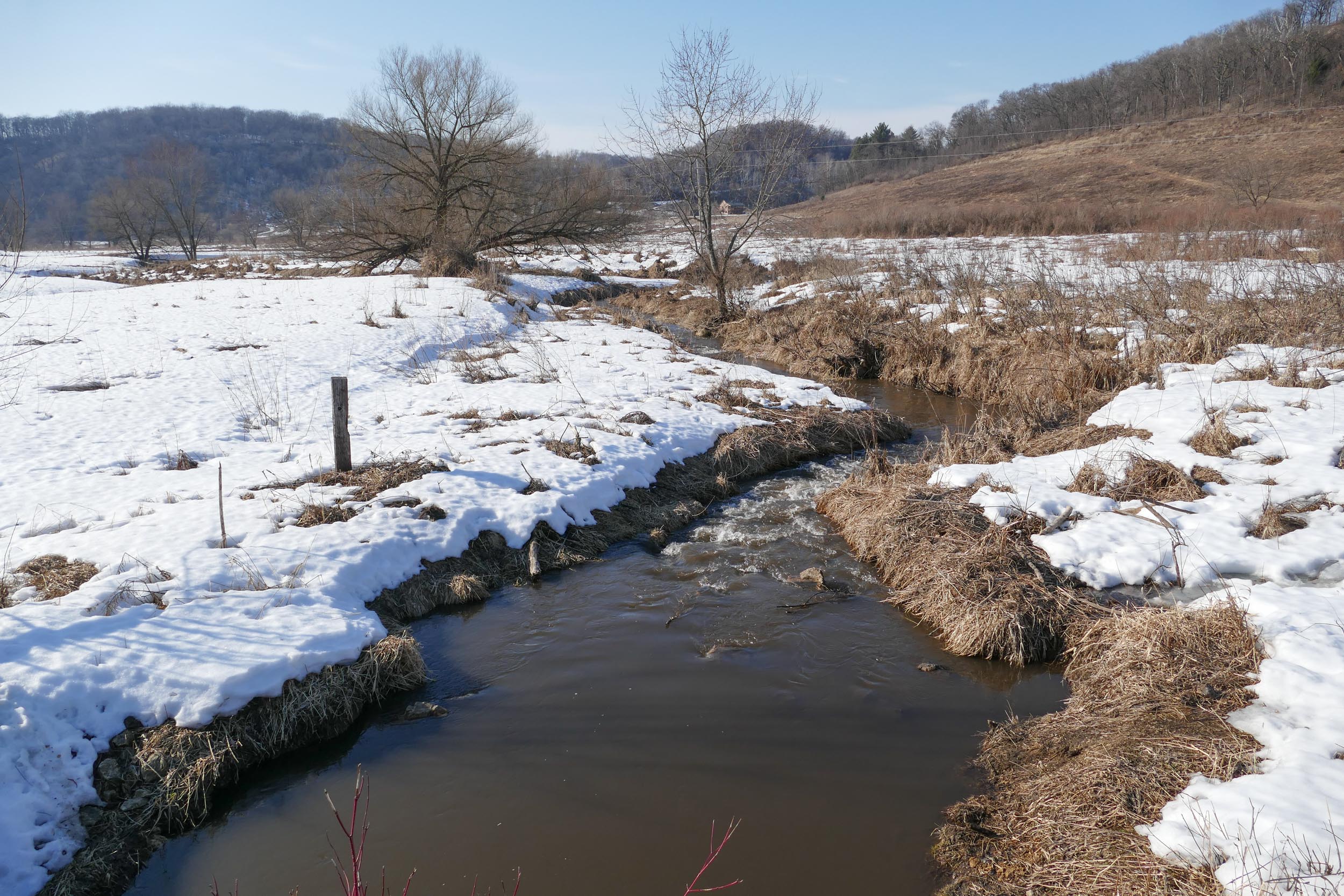 Two spring caterpillar species are starting to emerge from their winter hiding places.   This is a Virginia Ctenucha caterpillar.   The adult it will turn into is a common day-flying moth with black wings, an iridescent blue body and orange head. 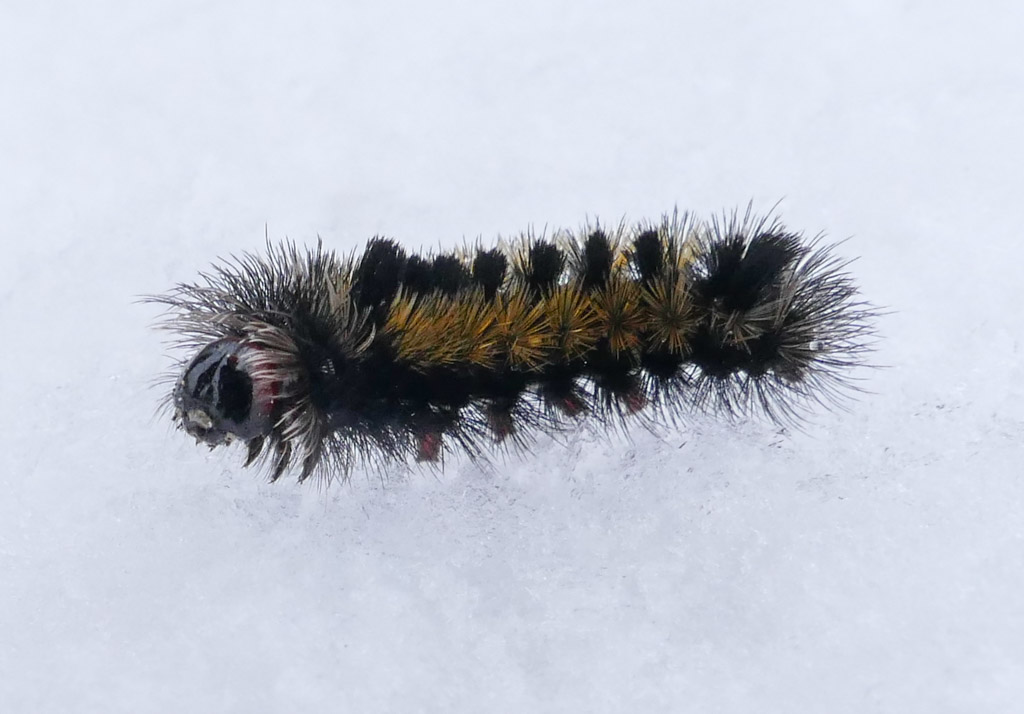 And the Woolly Bears are out.  This summer I’ll see the adults at my lights.  They have ochre colored wings and are called Isabella Moths. 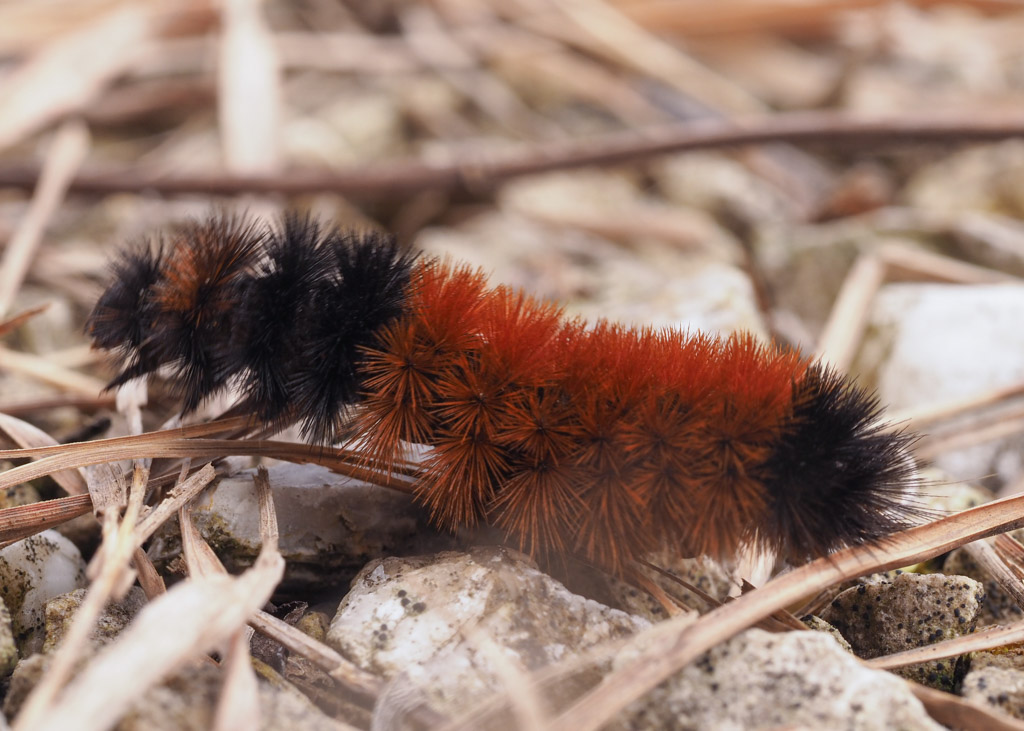 My favorite moth of the spring is another day-flying moth – the Infant Moth.  There were dozens of males on the driveway yesterday, probably sucking up salts to use in mating. 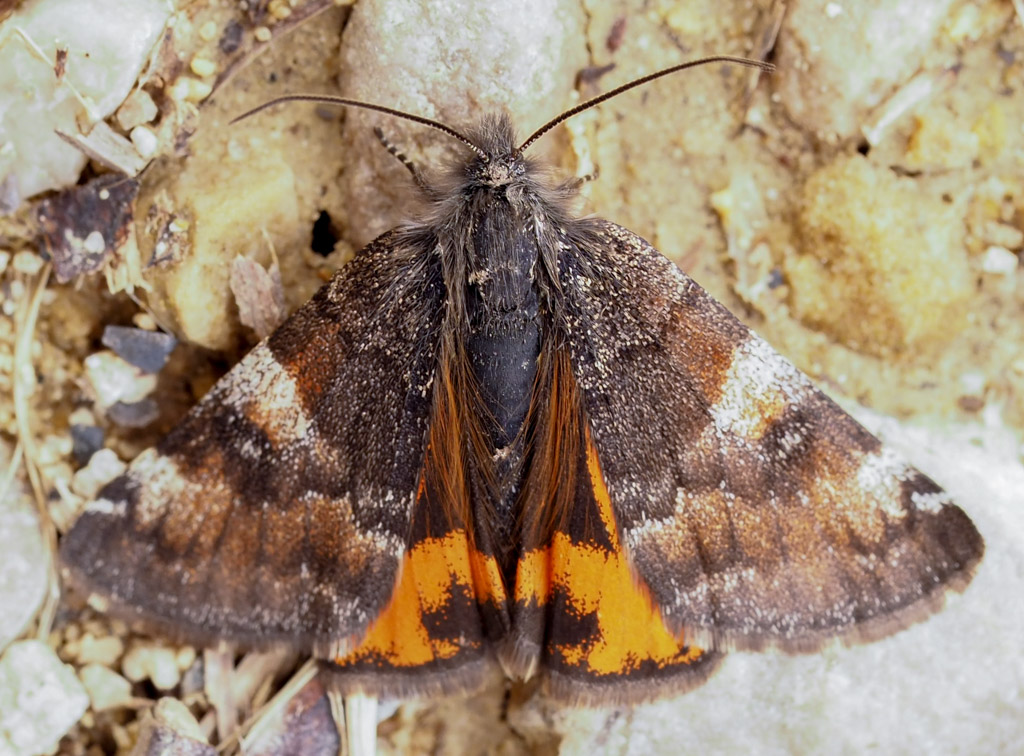 This is the time of year when mosses and lichens show off their colors.  Here are several species of lichens on a dead branch. 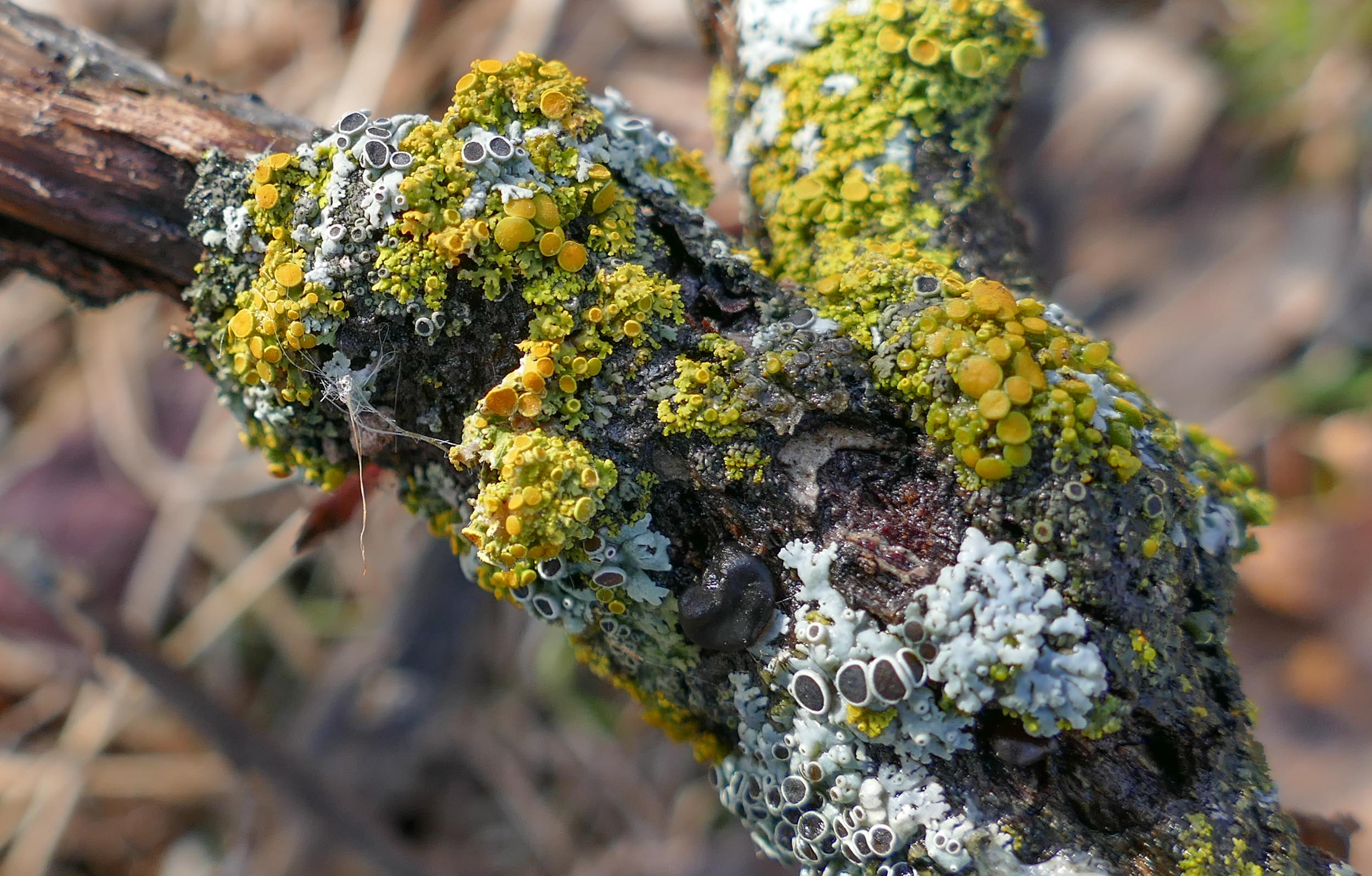 A moss with hundreds of sporophytes – the parts of the plant which produce the spores. 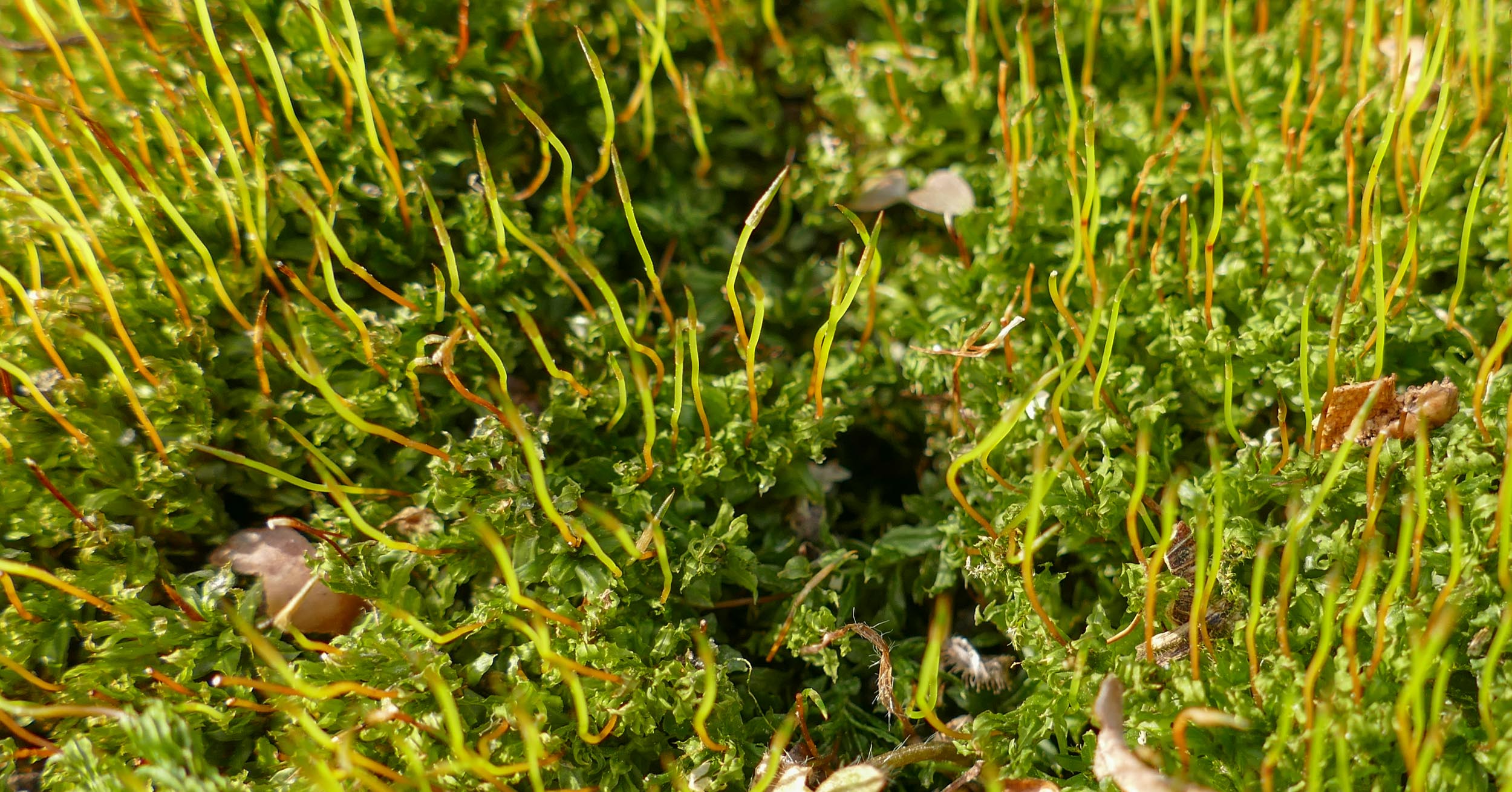 A detail of the sporophytes – looking like a miniature forest 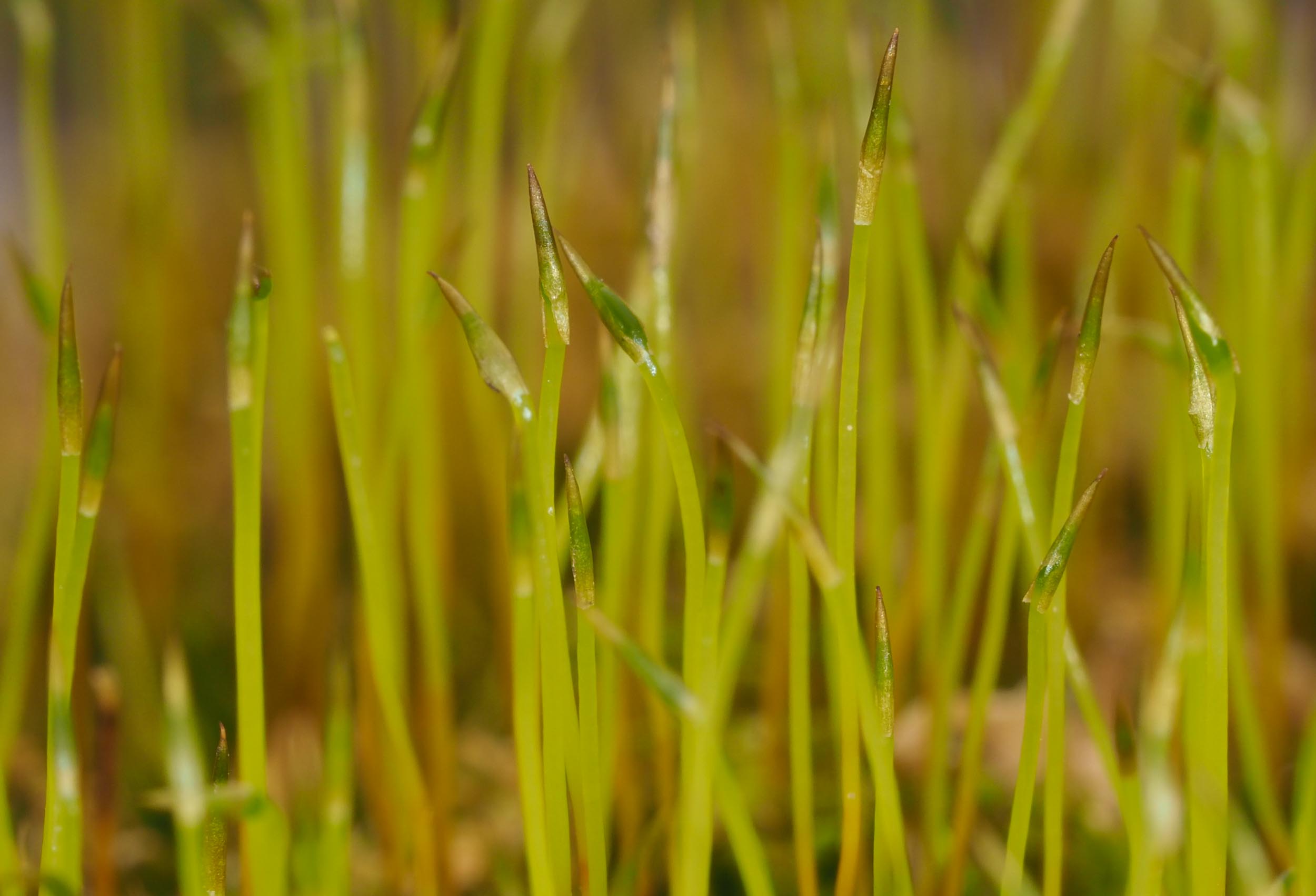 One of our first spring projects has been building steps into the path up the hill behind the house.     We’re hoping they’ll slow the erosion, and maybe make the path easier to climb. 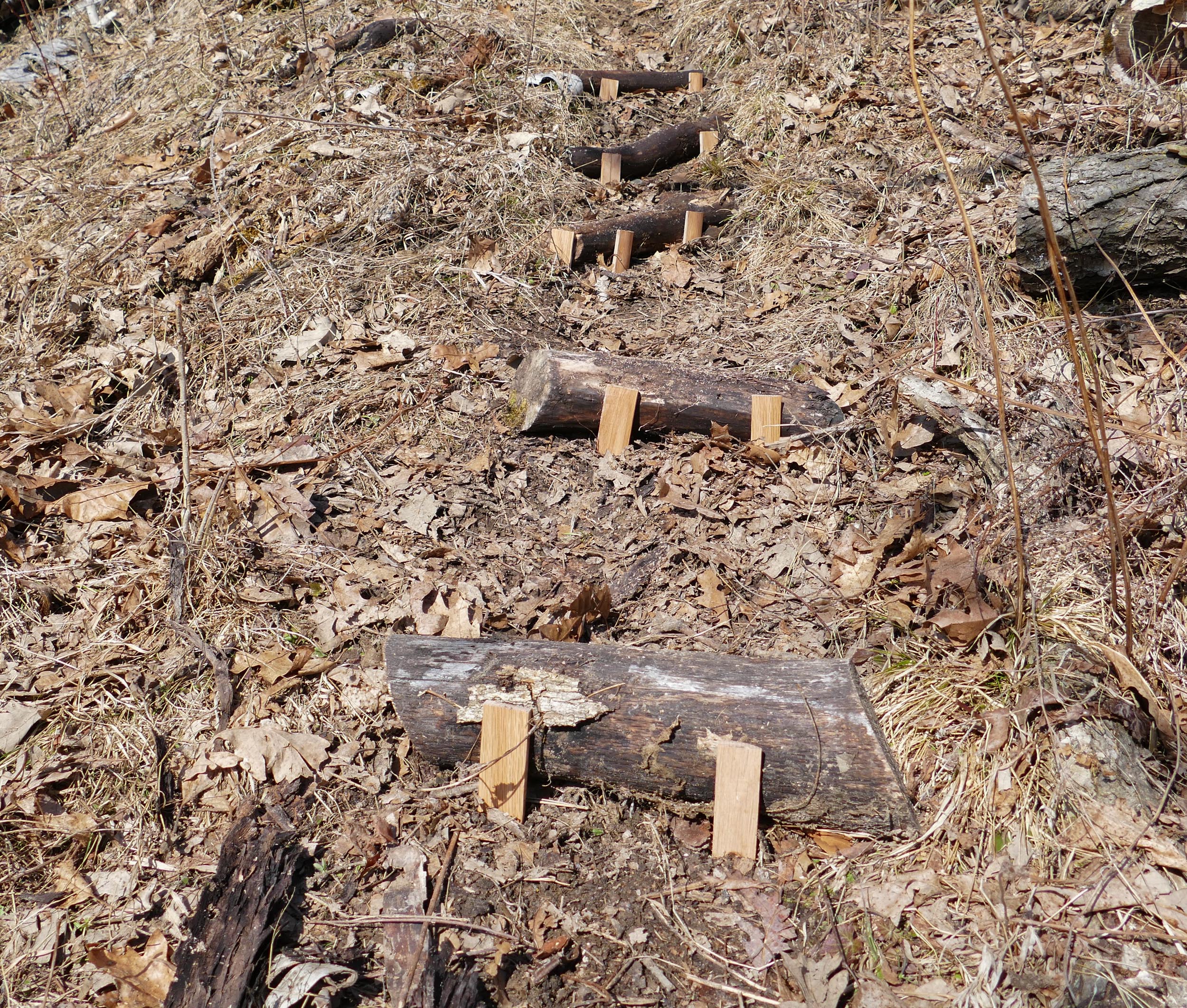 Erik, from ‘Ku-le Region Forestry did some work for us this spring, cutting brush on Pine Point below Big View Prairie.  The pines have been spreading from a pine plantation that we had logged in 2003.  They’ve been slowly taking over the woods below the prairie along with thick brush and small trees.  Once the brush and pines are gone, and the other small trees are cut, the hillside will turn back into the rocky savanna that would have been there many years ago. 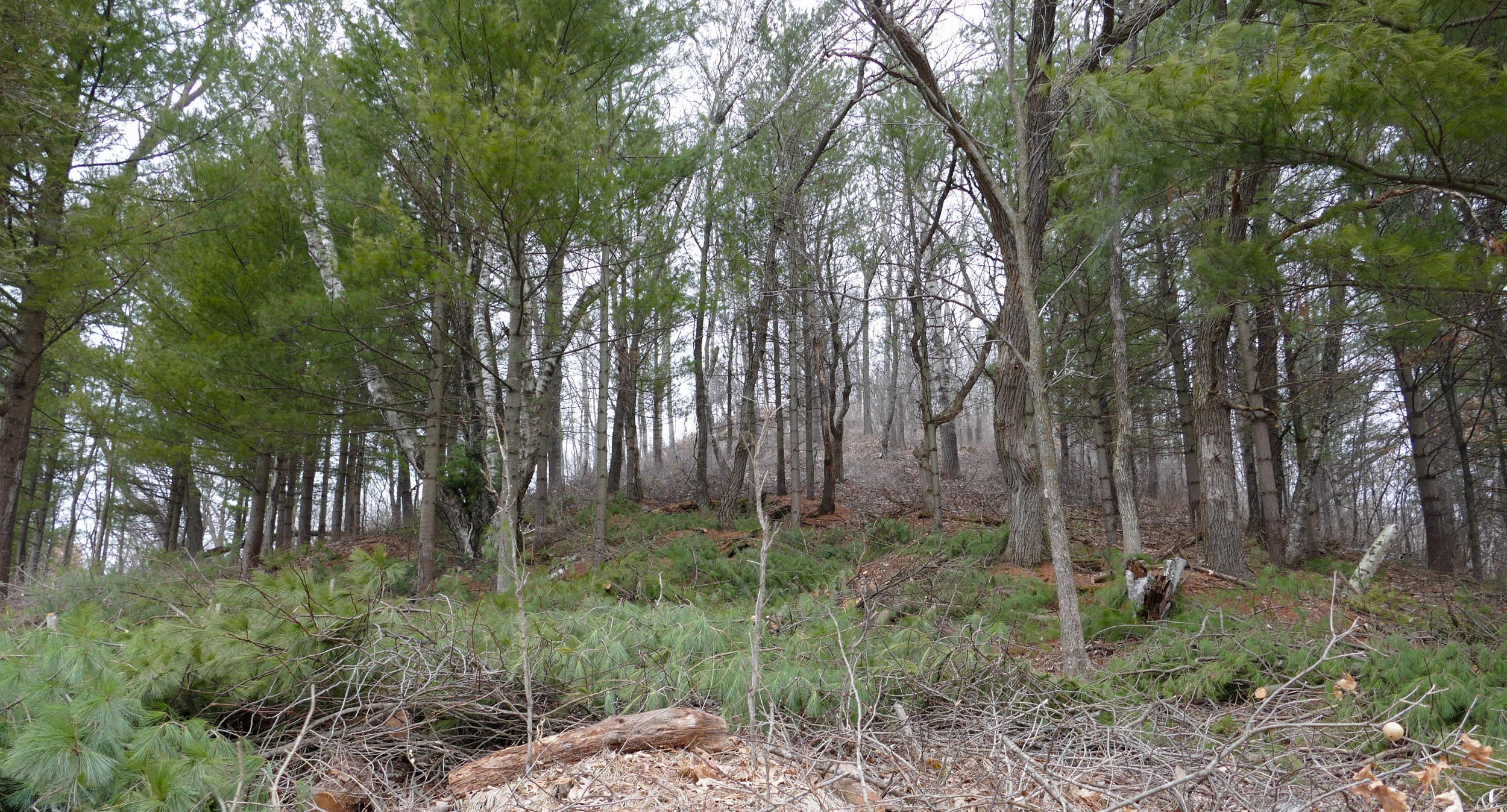 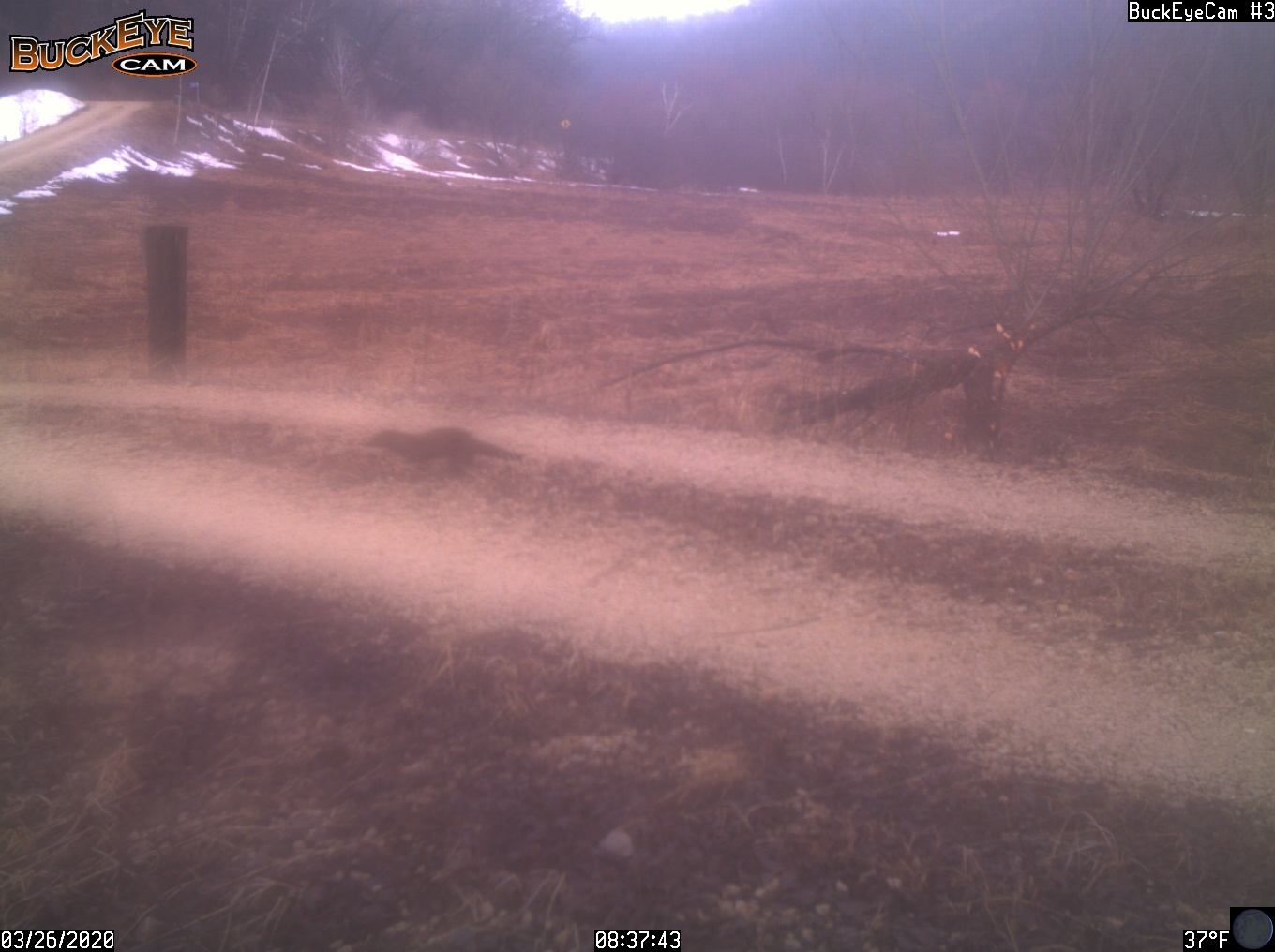 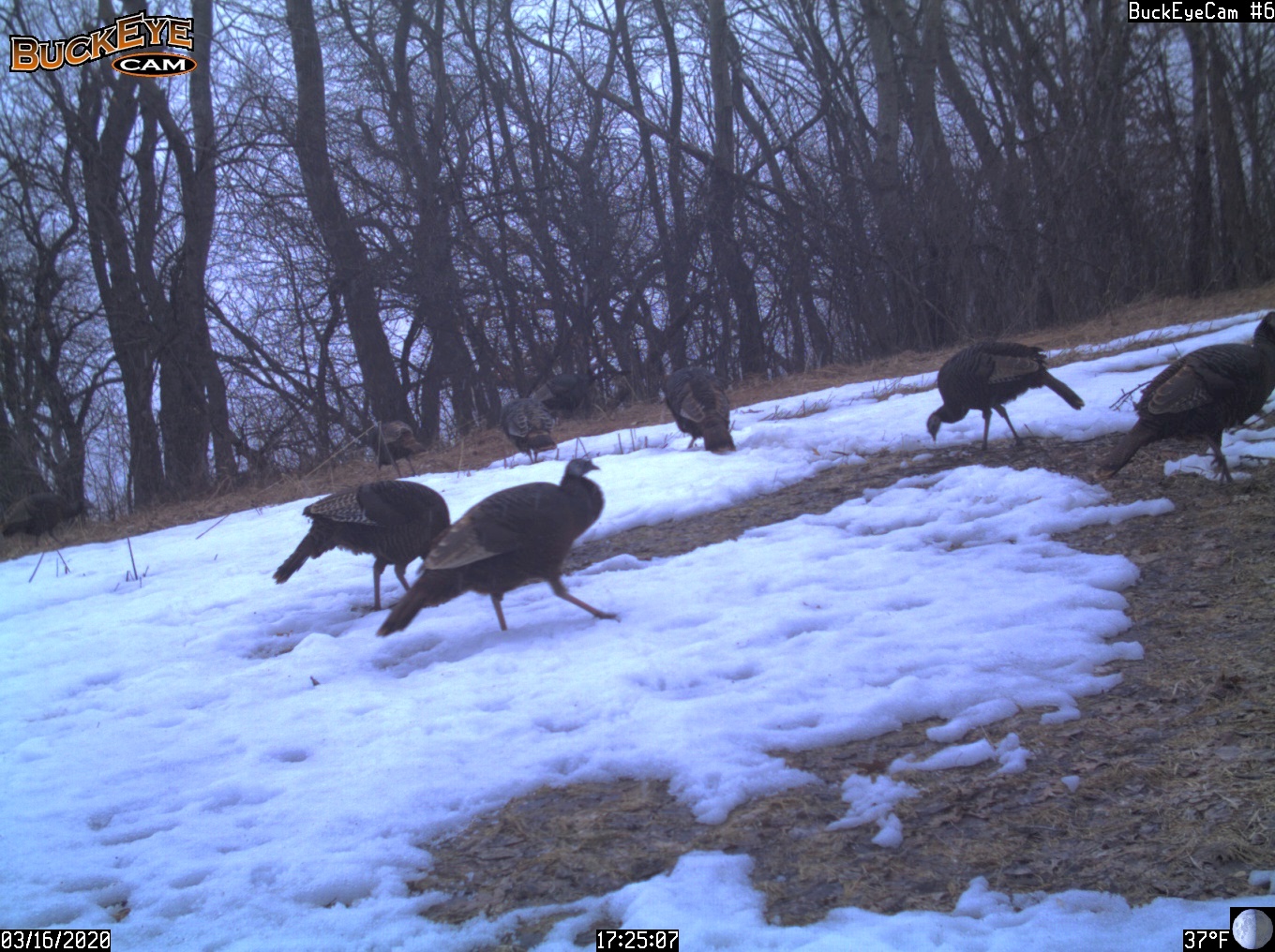 Bobcat – unusual to see in the daytime. 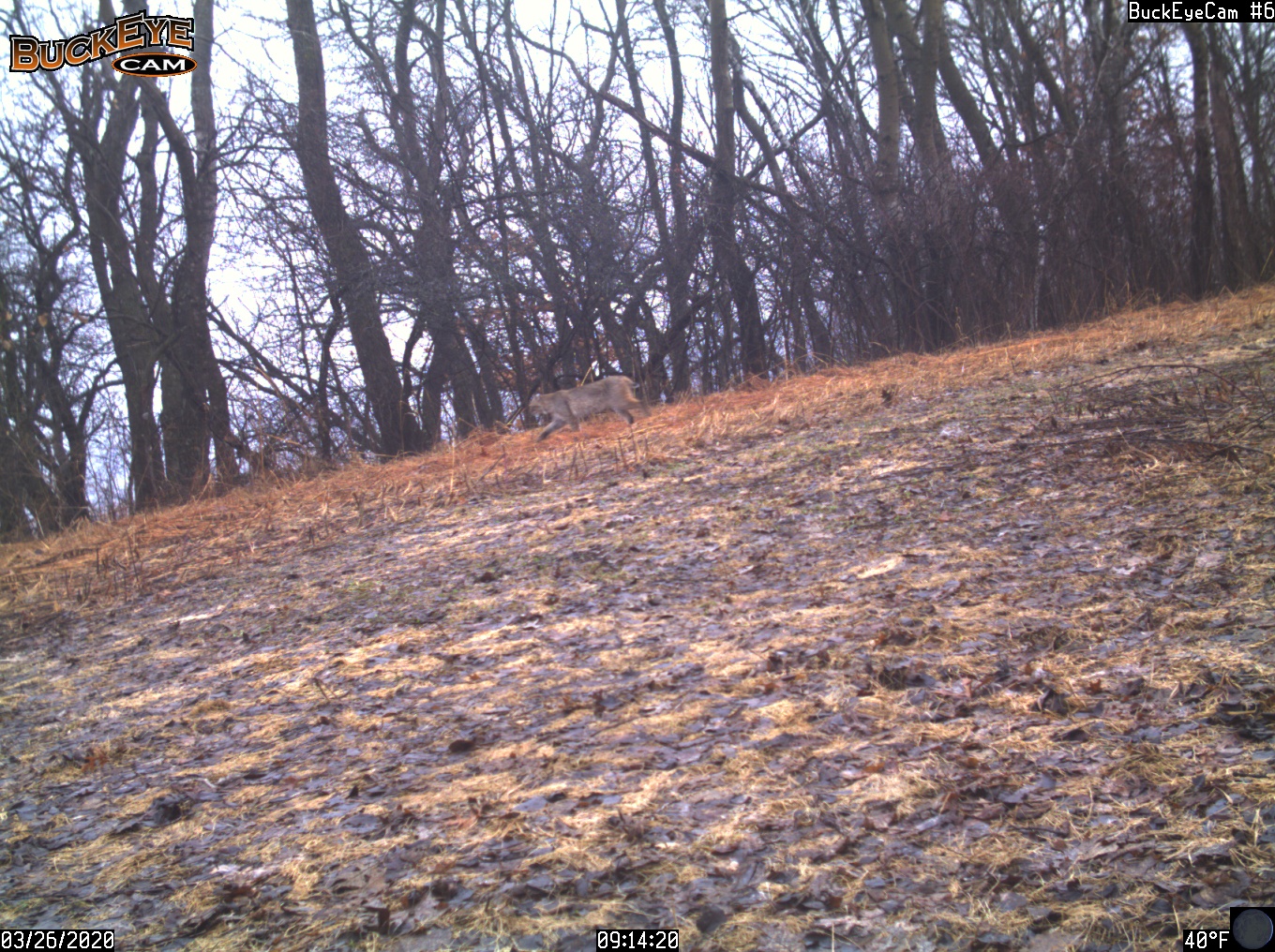 Looking south along the Knife Edge 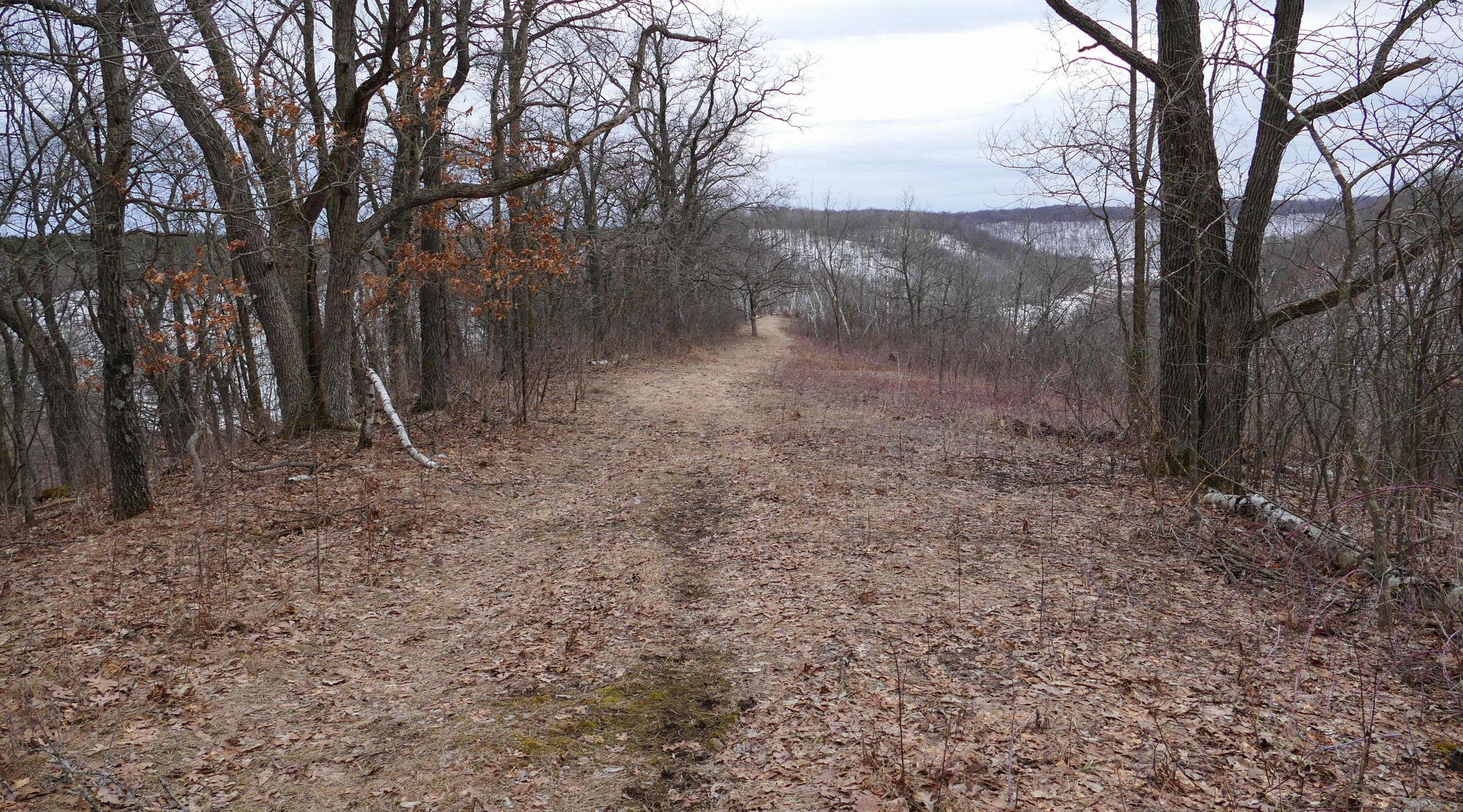 The wetland with Sumac Prairie Bluff 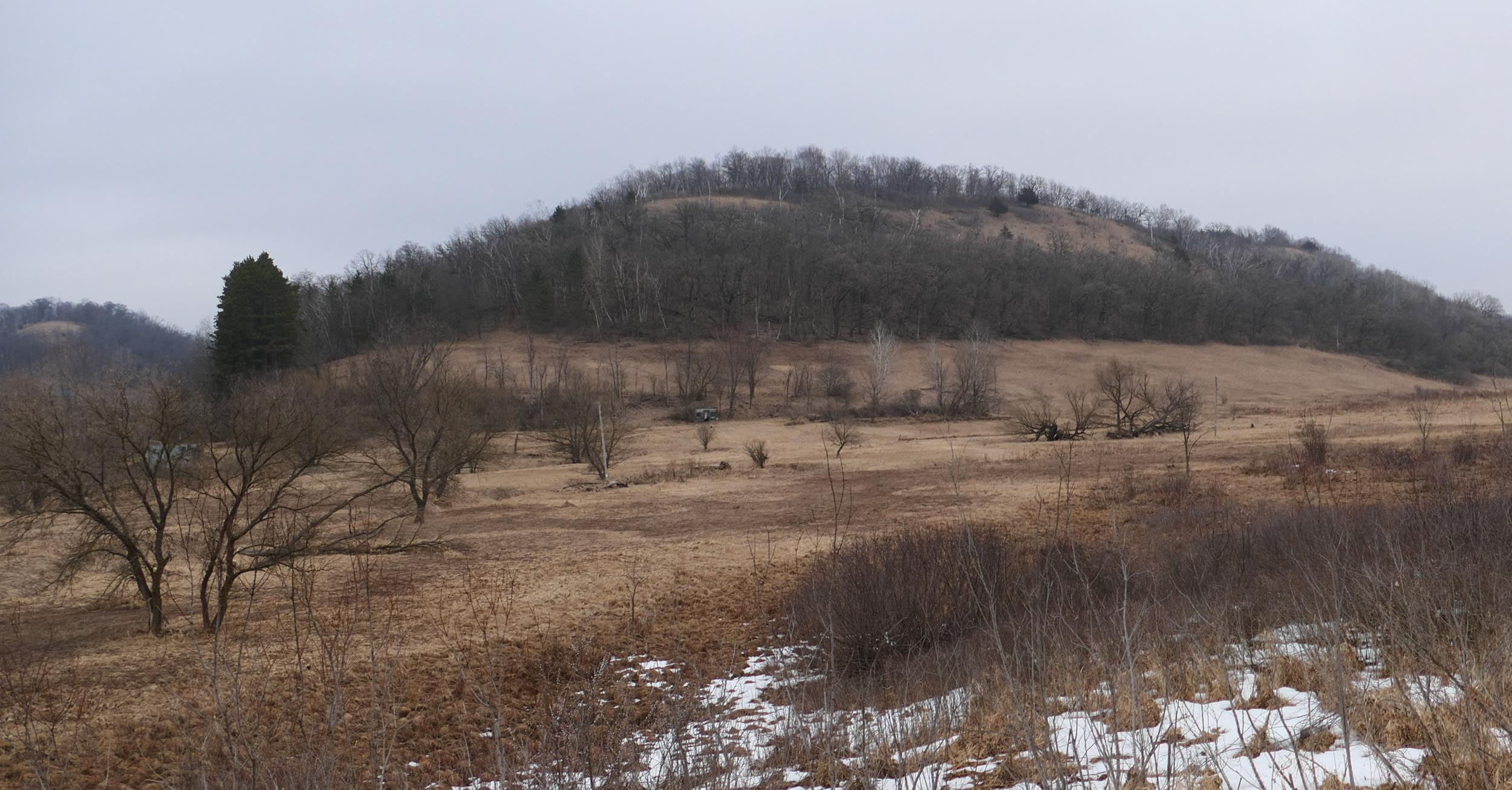 It’s wonderful, in this time when the world is so difficult for so many of us, to hear birds singing, see plants turning green, and enjoy the spring arriving.   Stay safe and healthy everyone.