Days are longer now, and we’re seeing more sunshine, but the air has been cold and we still have plenty of snow. 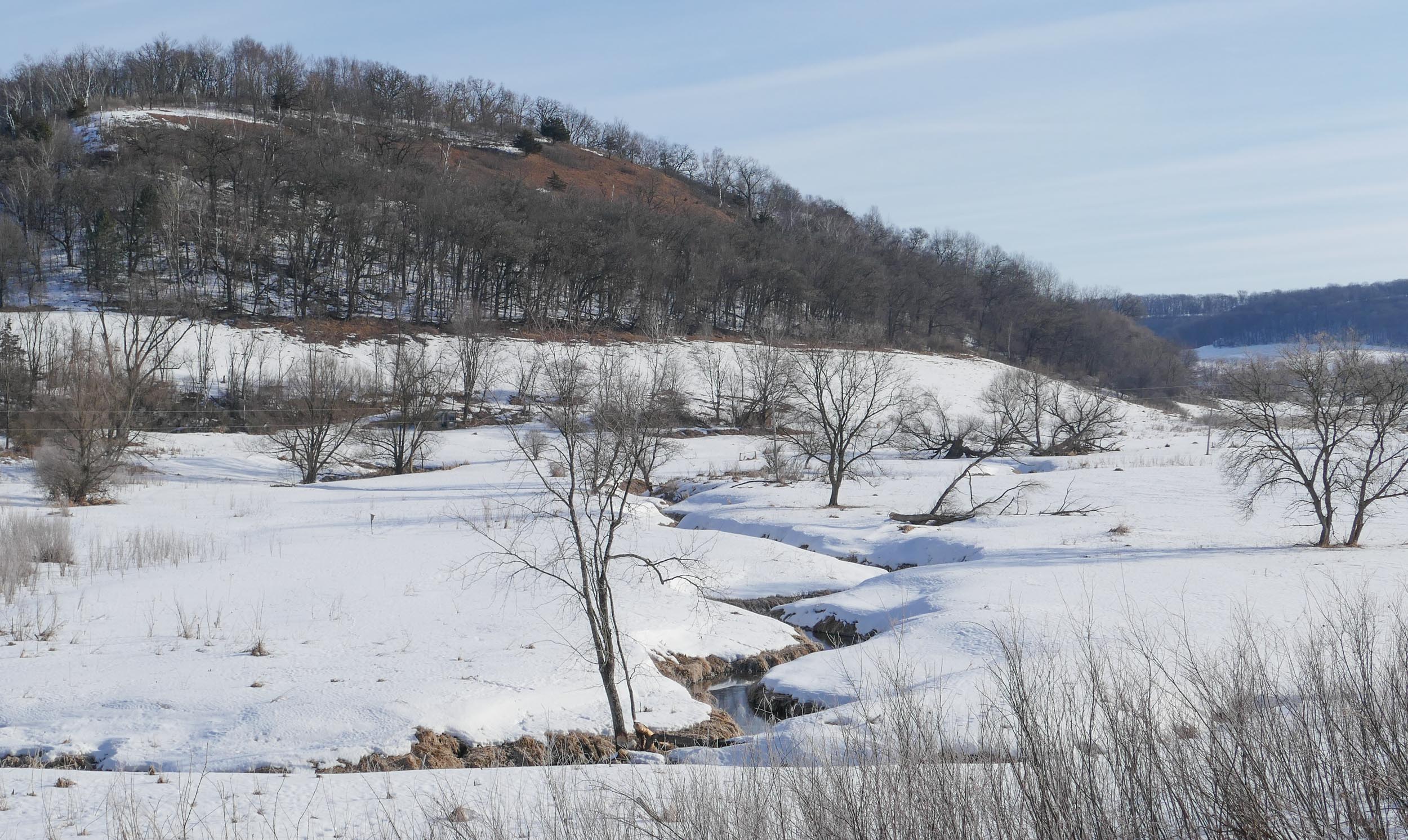 We’re starting to see – and hear – signs of spring.  Cardinals are singing their spring song, flocks of Robins have been foraging in the woods, and a Bluebird checked out one of our nest boxes.

The last two days have been warmer – moth watching season has begun!  3 moths came to my  bait last night.   All the same kind:  Morrison’s Sallows. 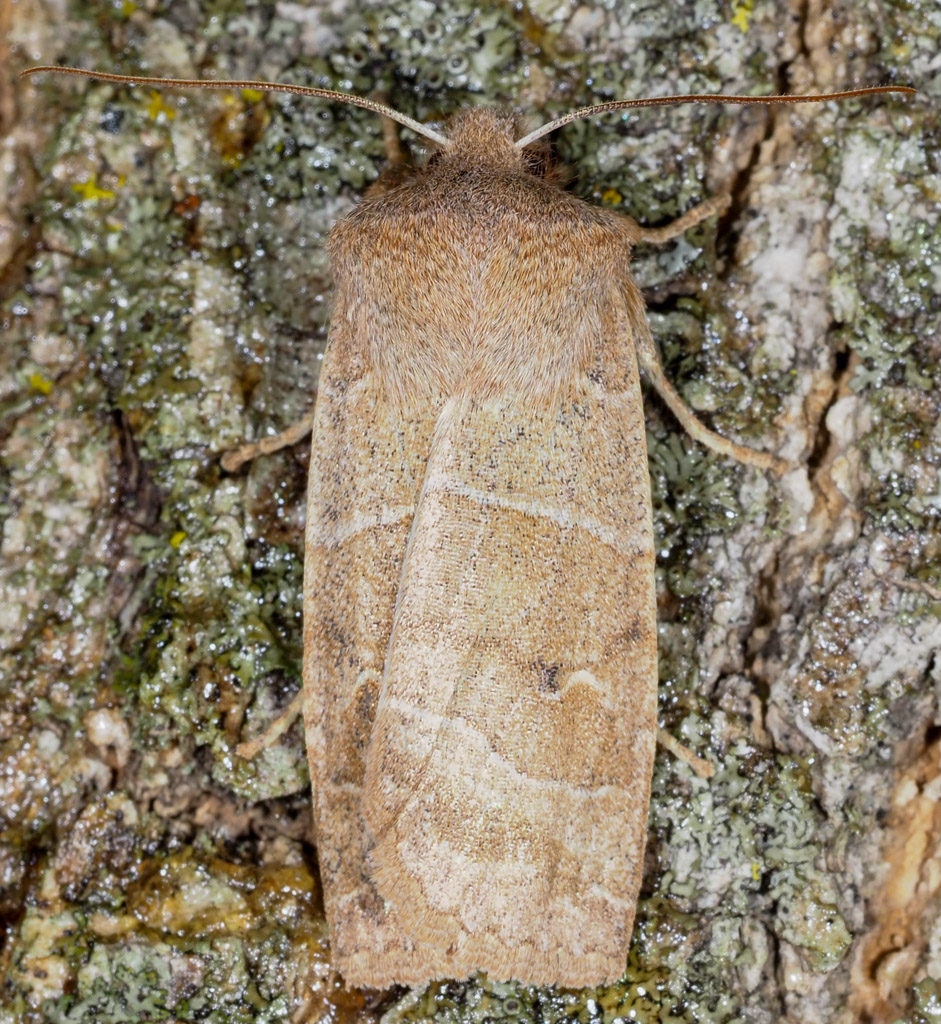 The beavers don’t work as hard in the winter, but the nibbled debarked sticks from their winter food supply float down and collect just below our culvert.  Over a week or so they gradually form the beginnings of a dam – it’s hard to tell how intentional it is.  But once it gets to this stage, we take it out. 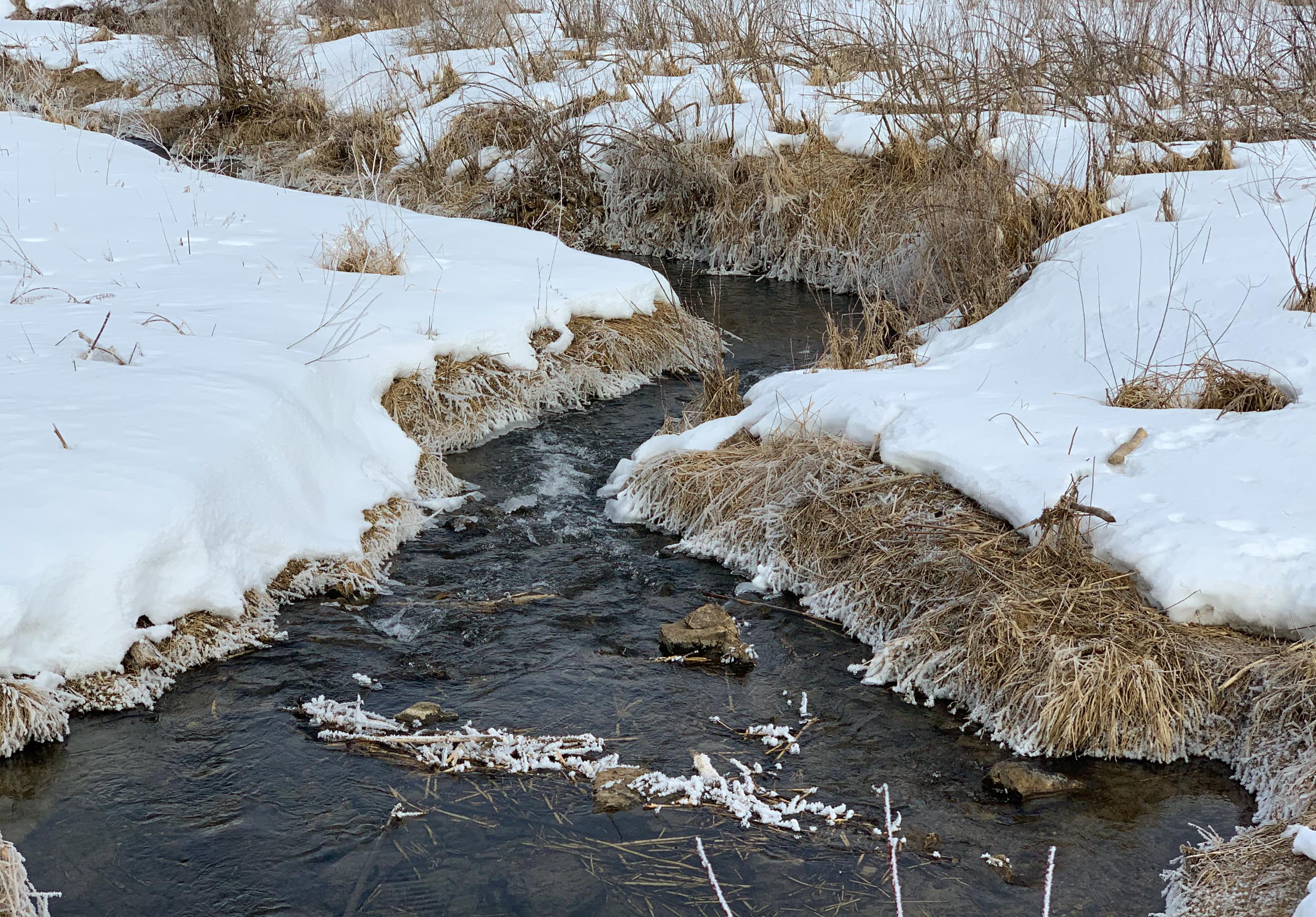 They’re building several dams farther downstream – hopefully the sticks we dislodge will get used in those other projects.

One of my big projects this winter has been to learn more about the insects we see here.  I’ve been photographing insects for years, but except for moths, haven’t spent much time trying to identify them.  This winter I’ve been trying to organize and identify as many as I can.

Here’s the link to my main page of insects on my web site.  I’m still building it, so there aren’t pages behind all the links yet.  And it’s changing all the time as I find more photos and identify more insects.

Here are a few of my favorite non-moth insect photos. 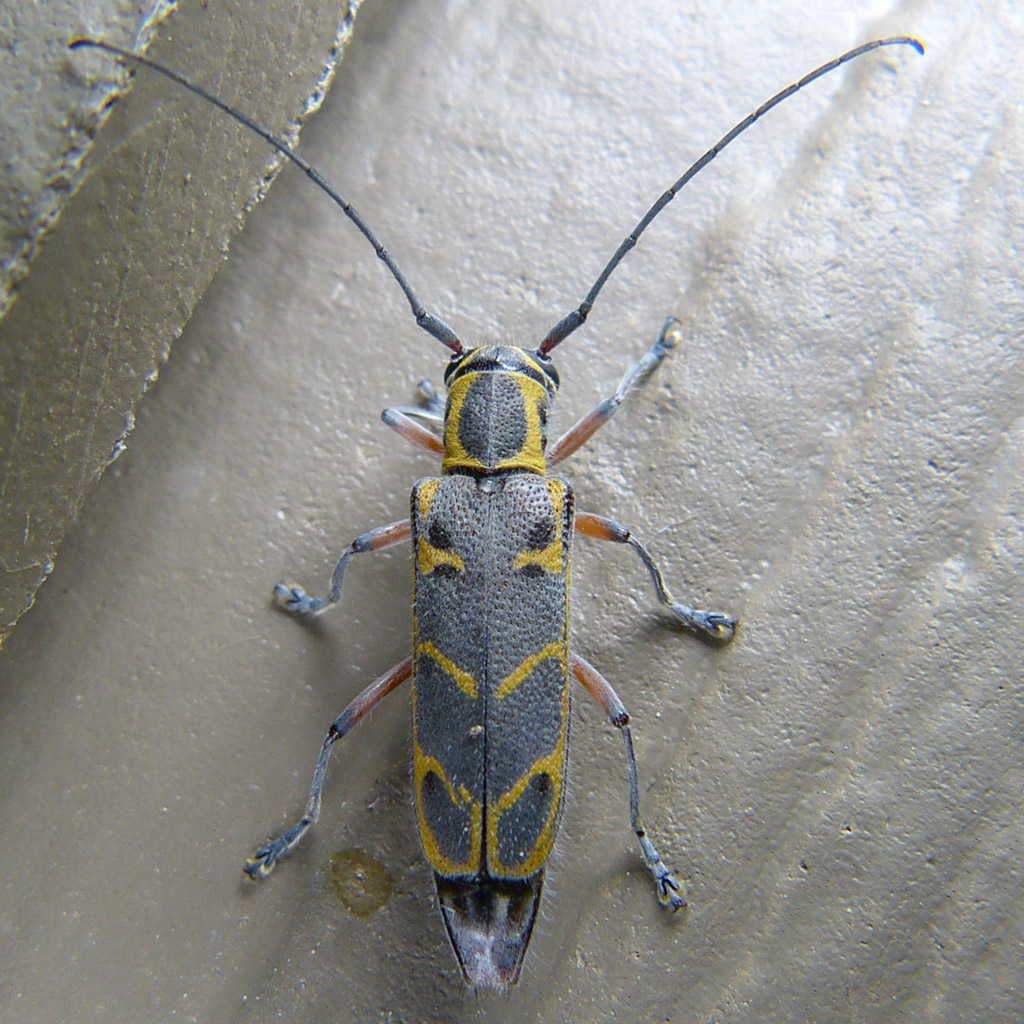 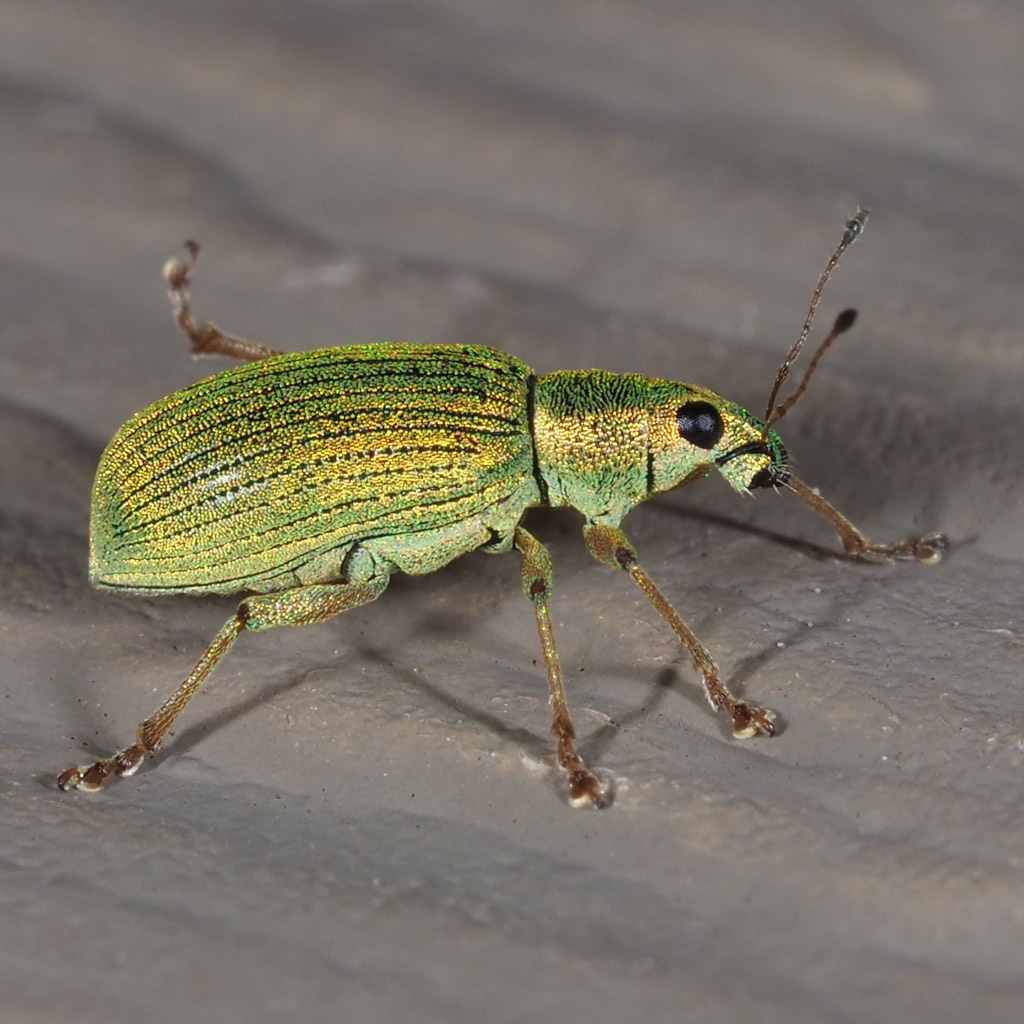 8/18/2011  Two-striped Planthopper – These normally have green wings, but once in a while I see pink ones. 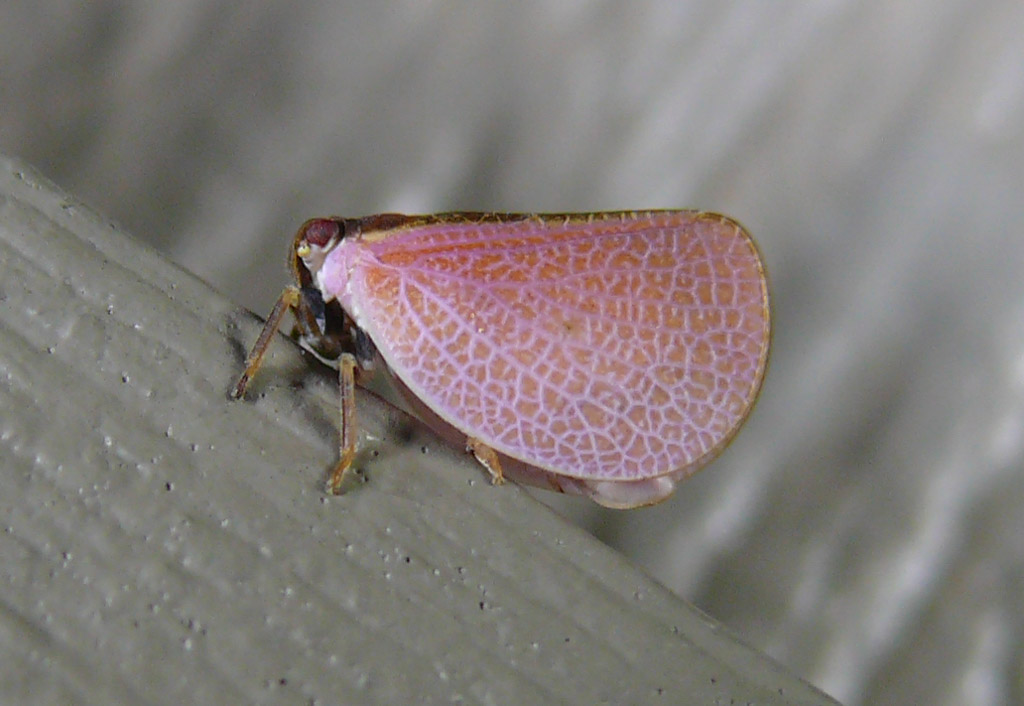 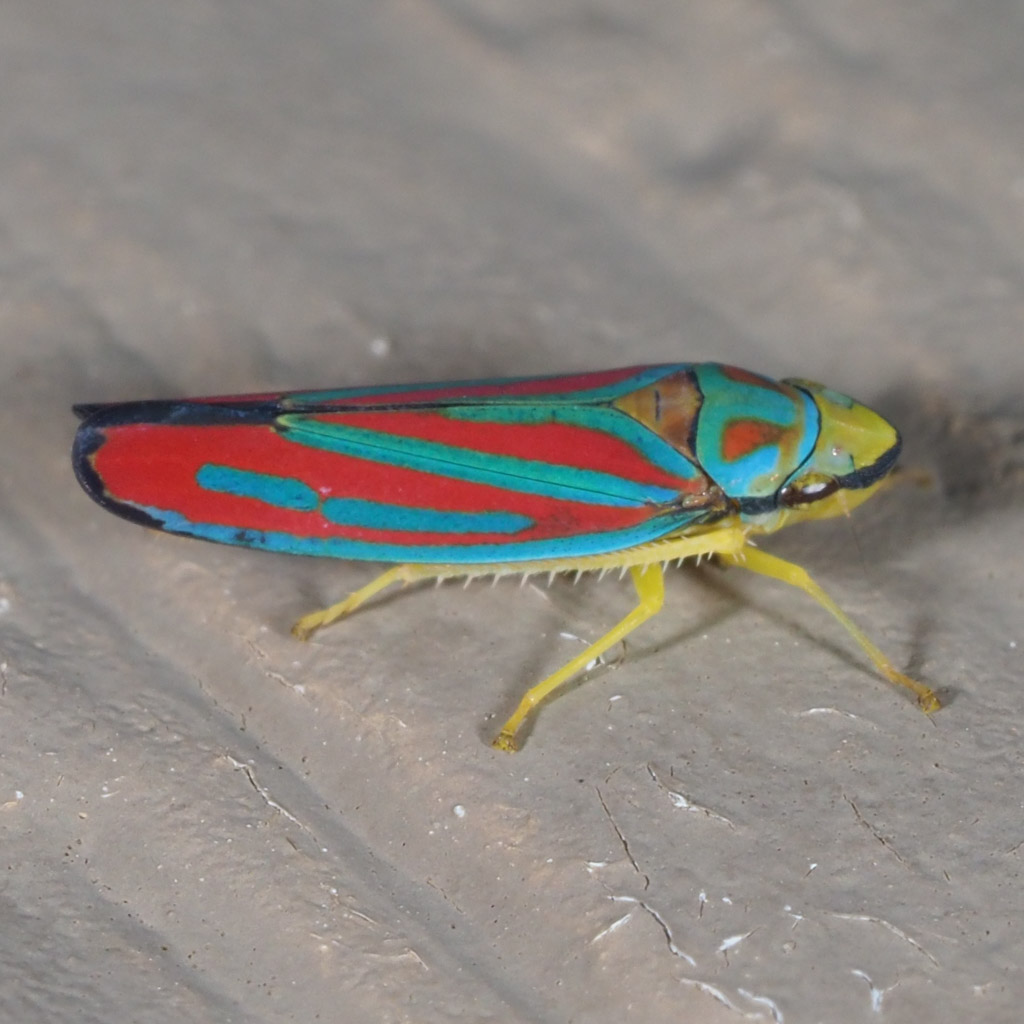 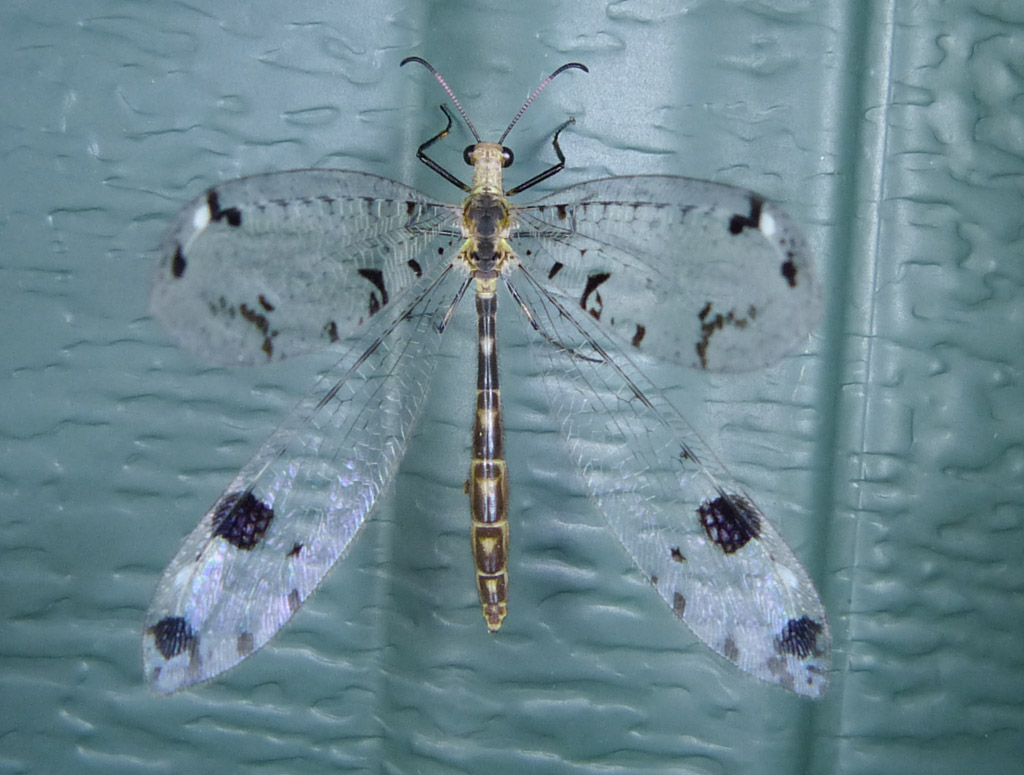 And here’s one nice moth that I finally figured out – a Large Clover Casebearer.  It’s actually quite small – 7 or 8 mm long – with a shiny gold sheen.  There are several similar species,  both native and non-native.  This one is not native.  Its caterpillars build cases around themselves and live on their food plant: (non-native) Sweet Clover. 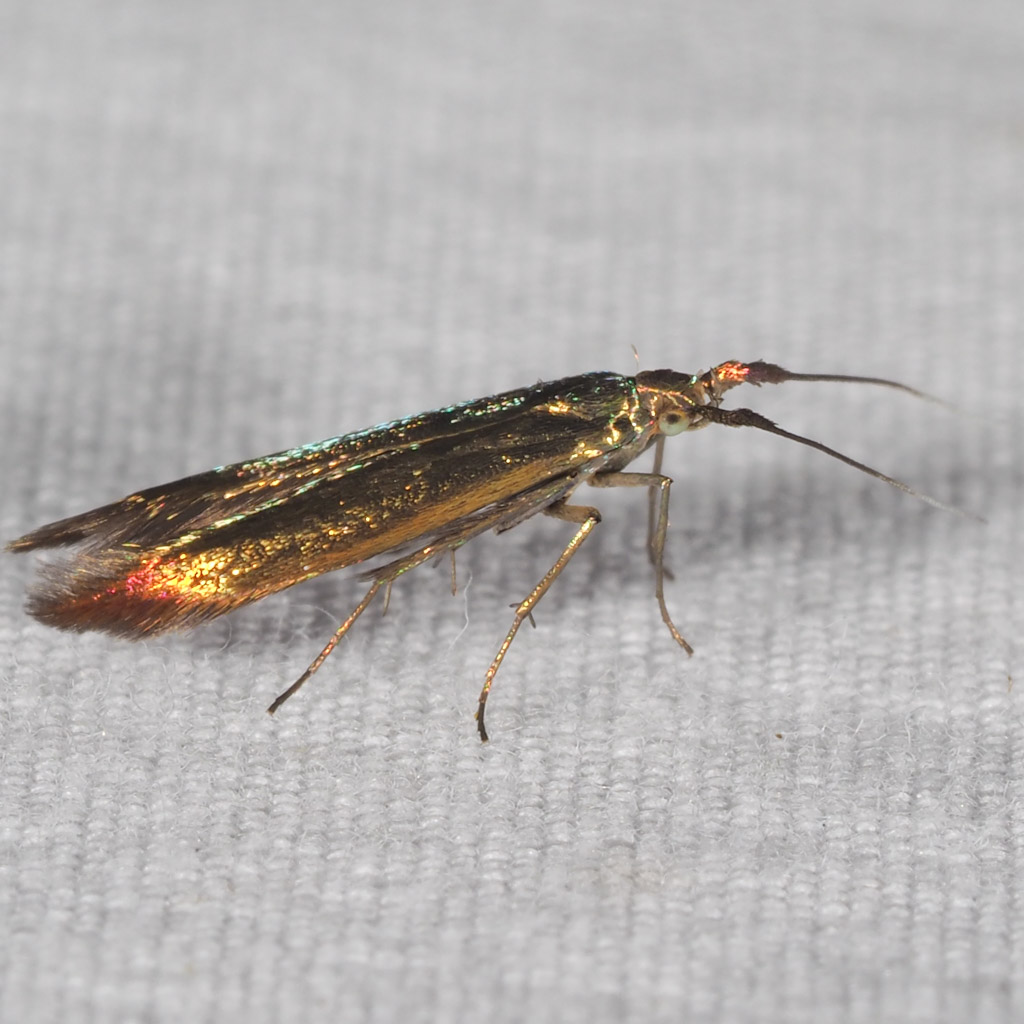 Another getting ready for spring project is cleaning out our bluebird nest boxes.  Our friend Charley Eiseman, in Massachusetts, has been doing the same thing, and he reported finding all kinds of interesting things in the debris inside the boxes.  So I looked more closely at the old nests inside our boxes.  Many of the boxes have old wren nests, and nearly all have spider egg sacs fastened to the twigs. 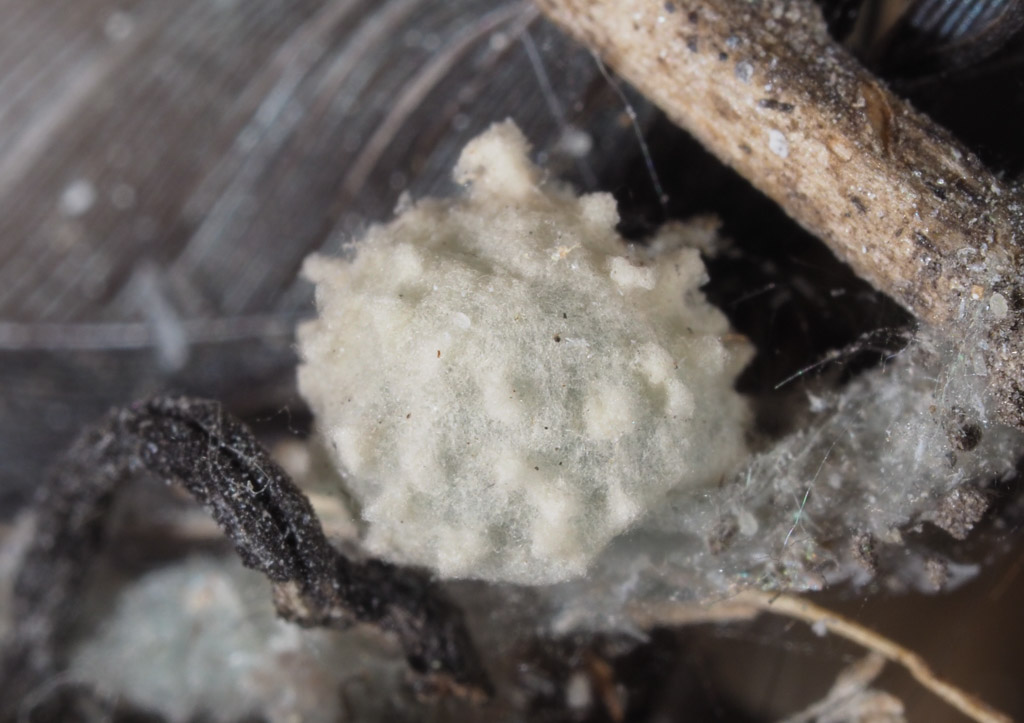 I think these are also egg sacs, but from a different spider – I don’t know which one. 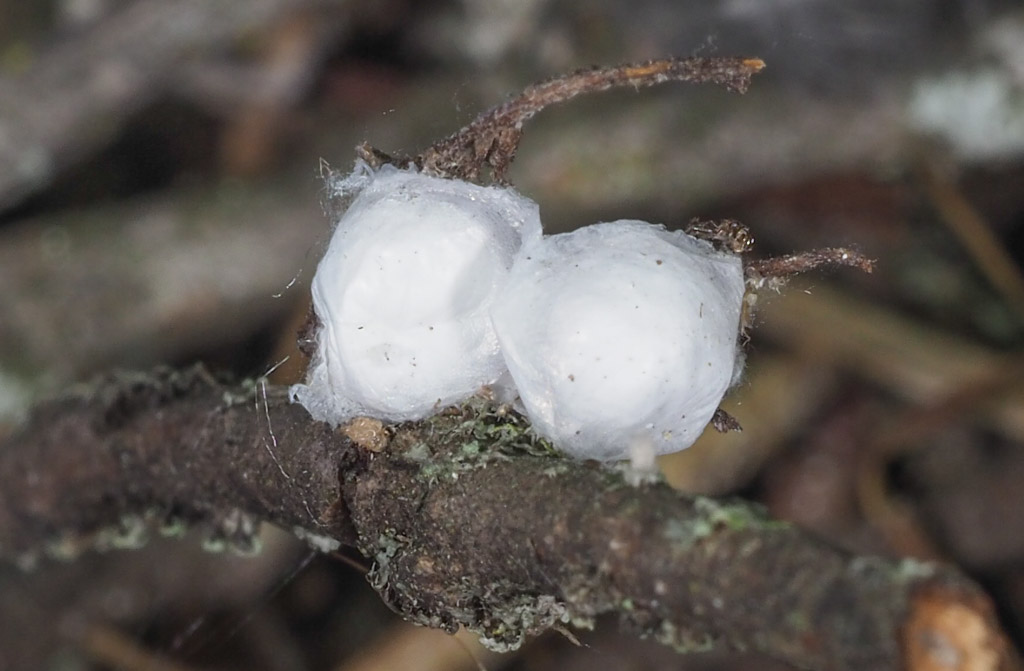 Here are two recent bobcat photos from the trail cameras. 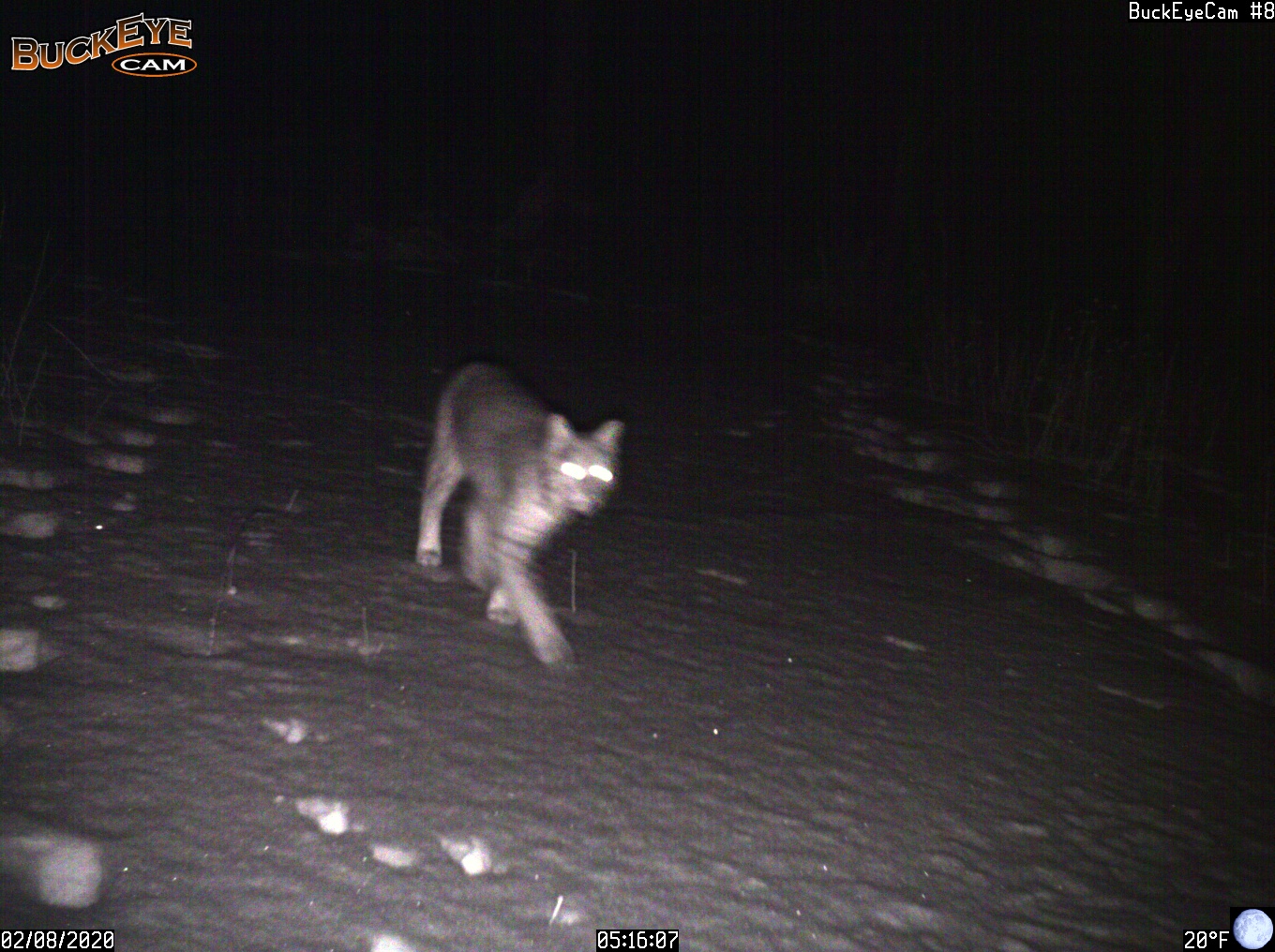 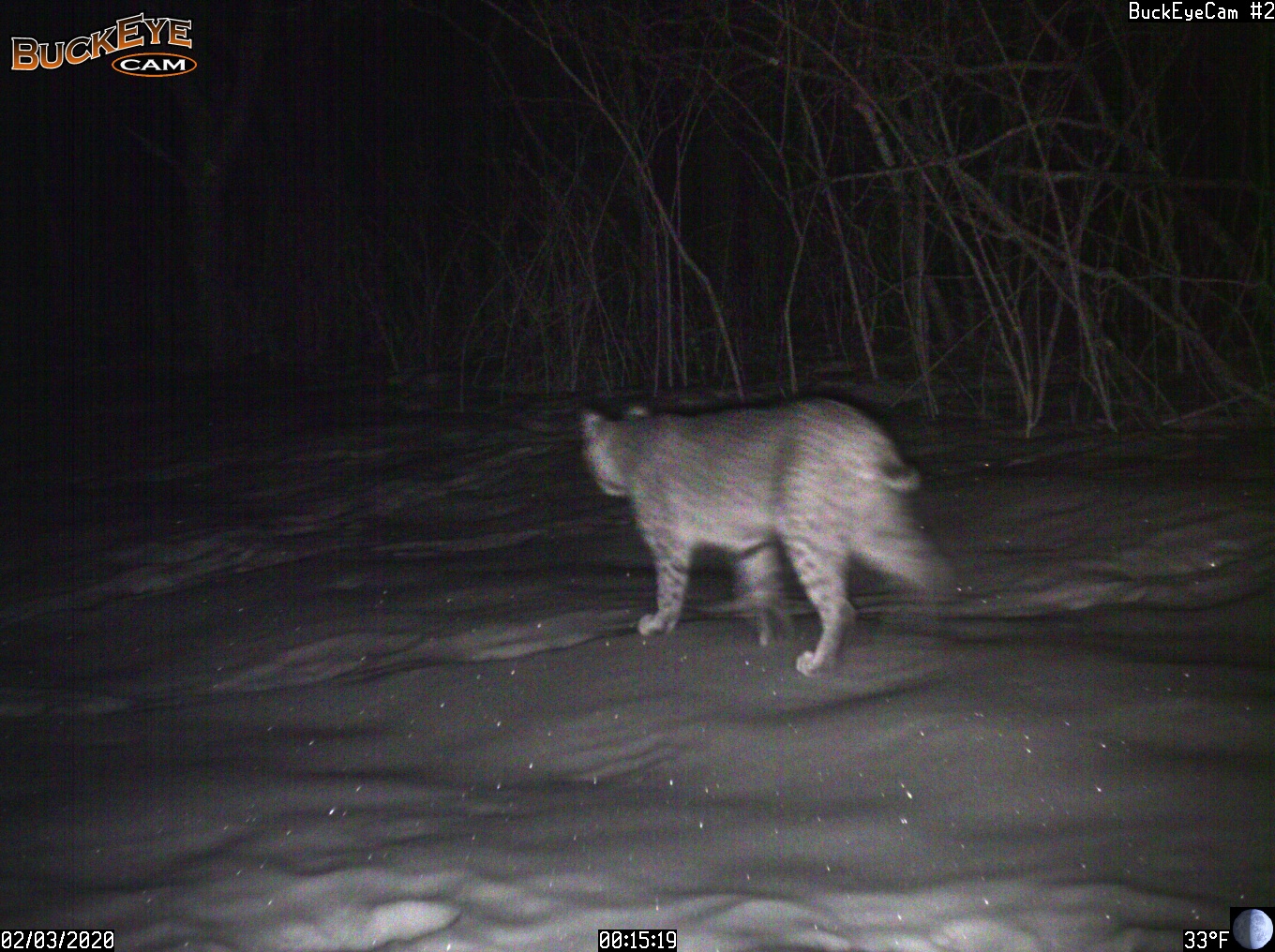 One cold days there’s often mist over the creek, which coats the willow branches with hoarfrost. 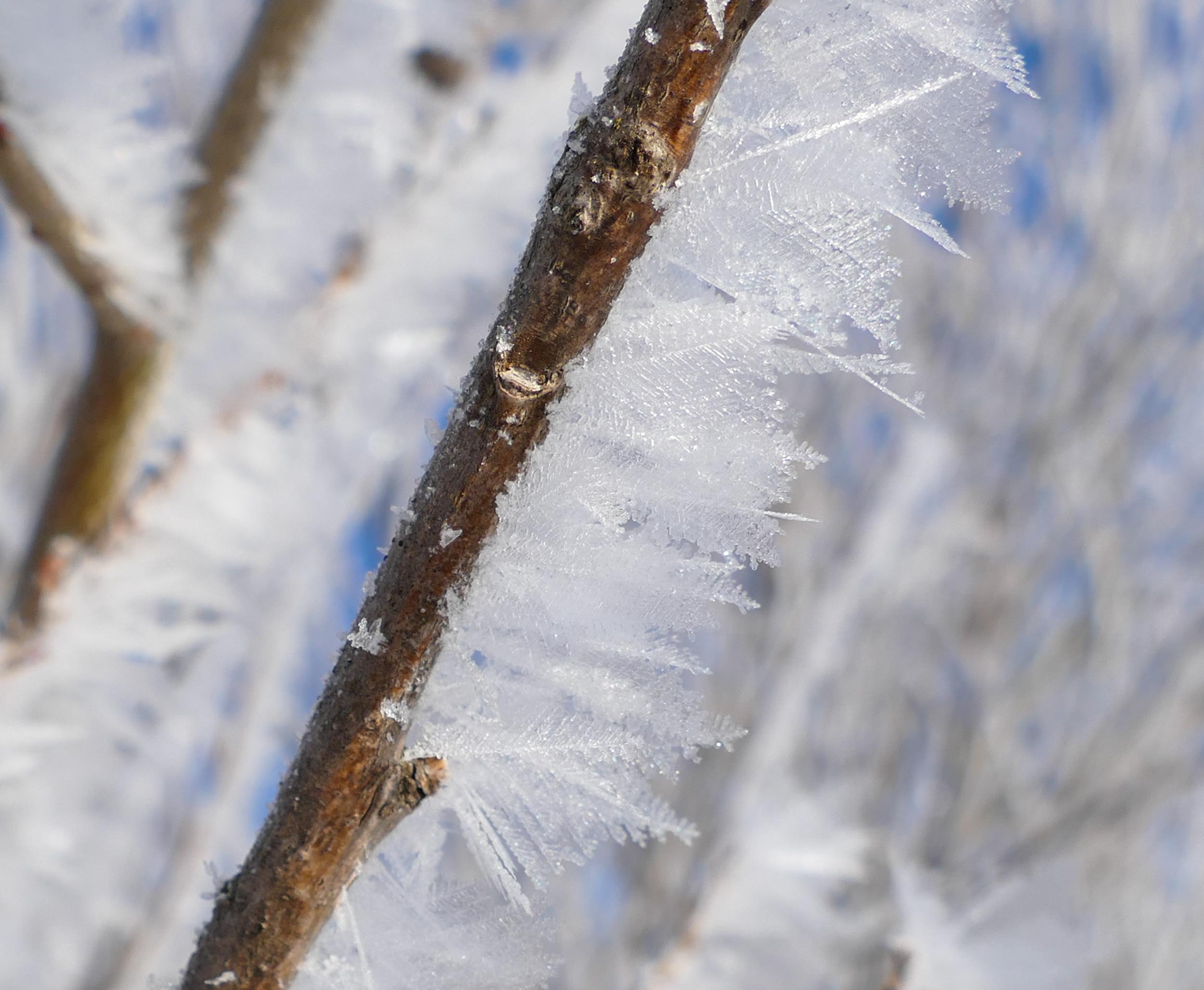 The round balls on the willow branches are galls, made by the Willow Pinecone Gall Midge (Rabdophaga strobiloides).  We see them on almost all our willows. 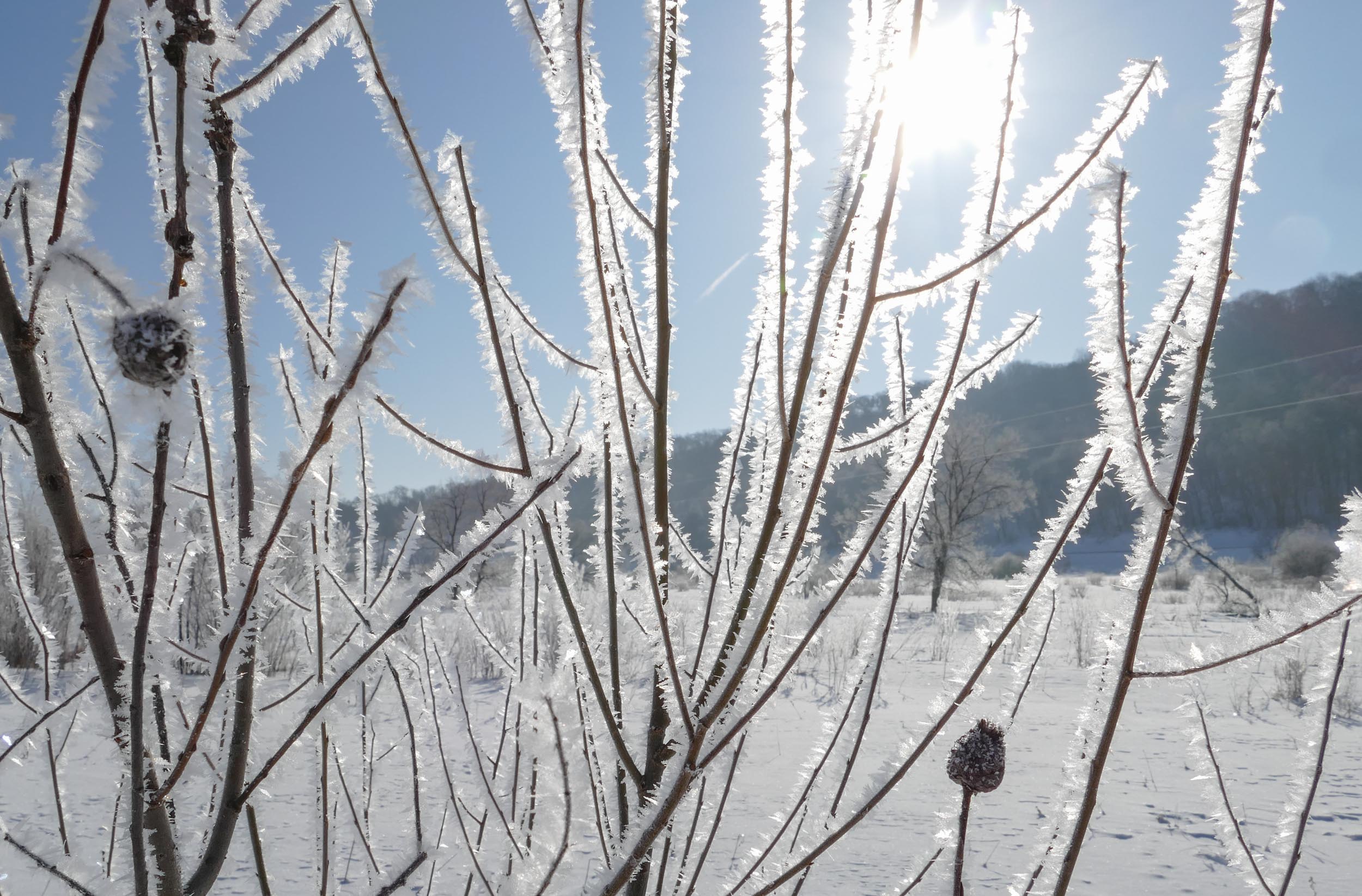 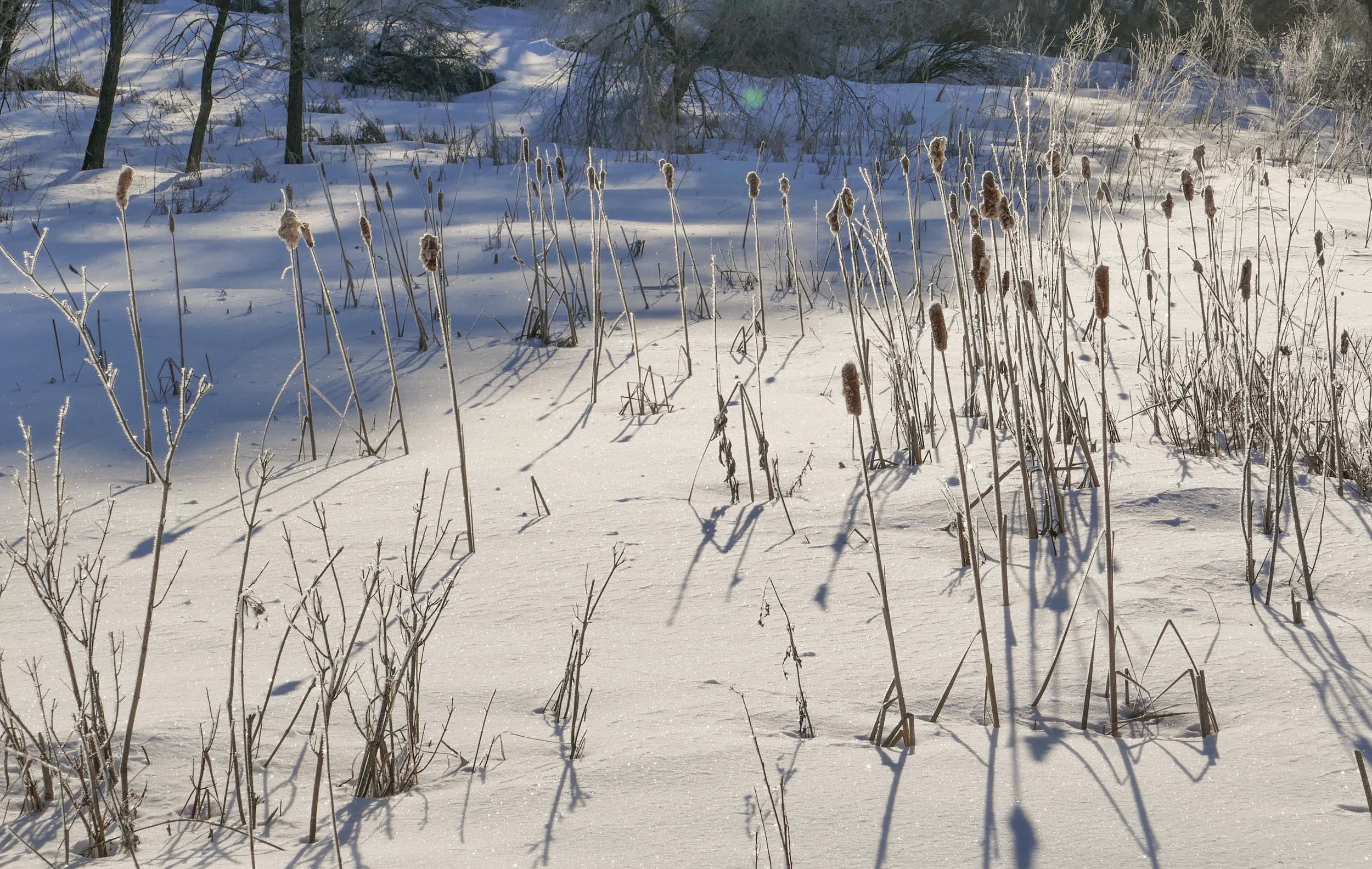