It’s been a busy summer – lots of visitors, lots of projects.  And the weather has been perfect for the prairies – the flowers have been spectacular.  July and early August are the times when the most flowers are in bloom at the same time. 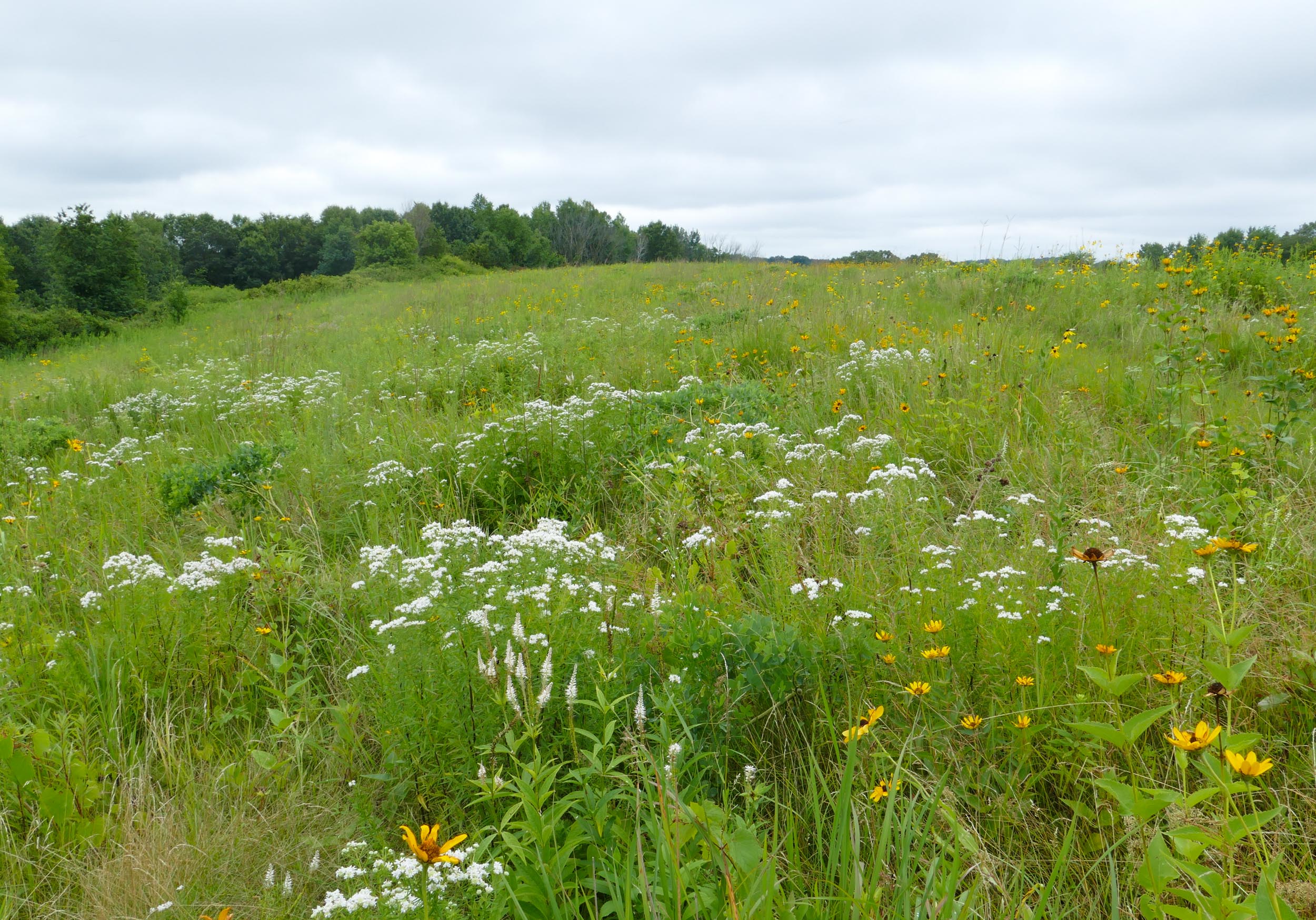 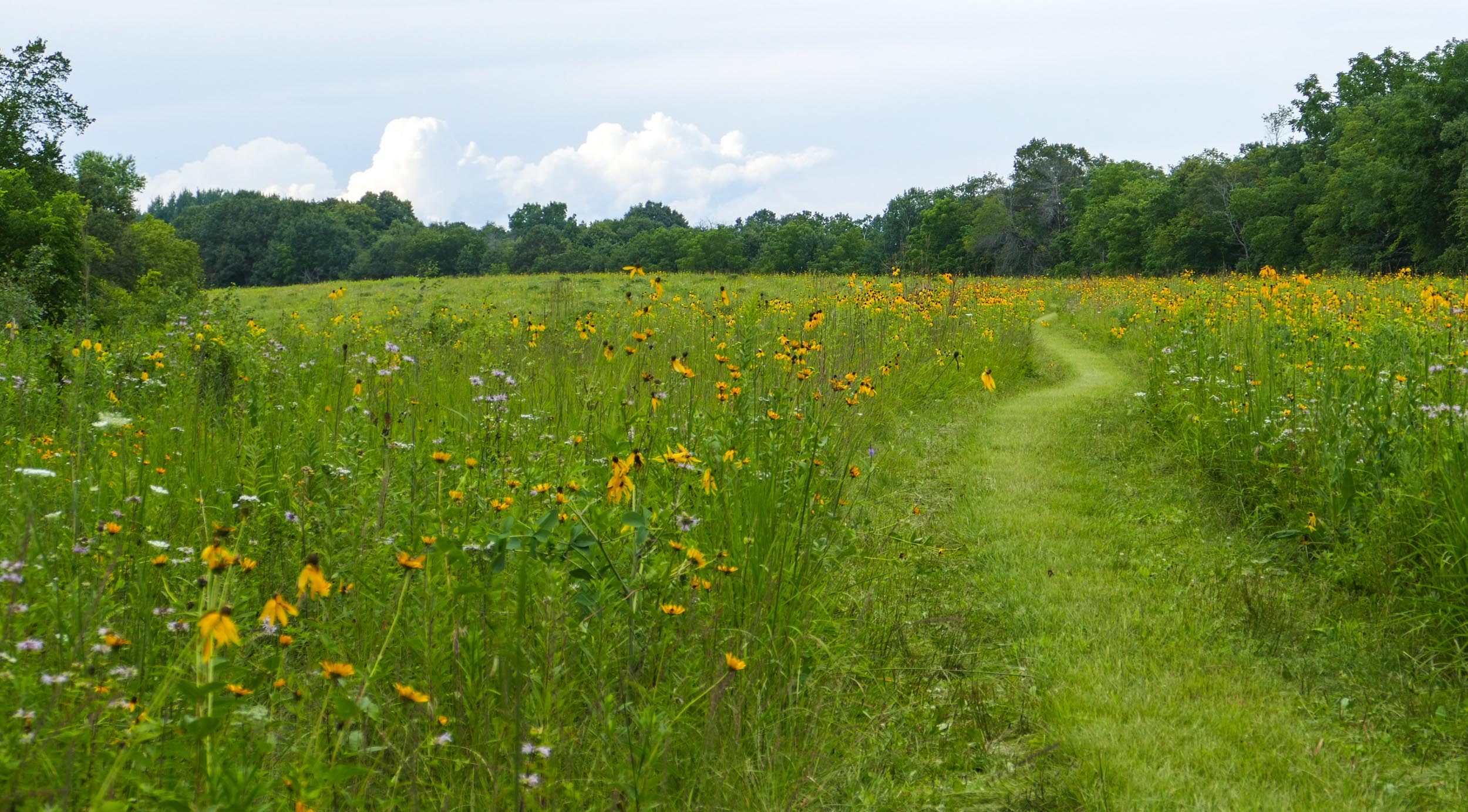 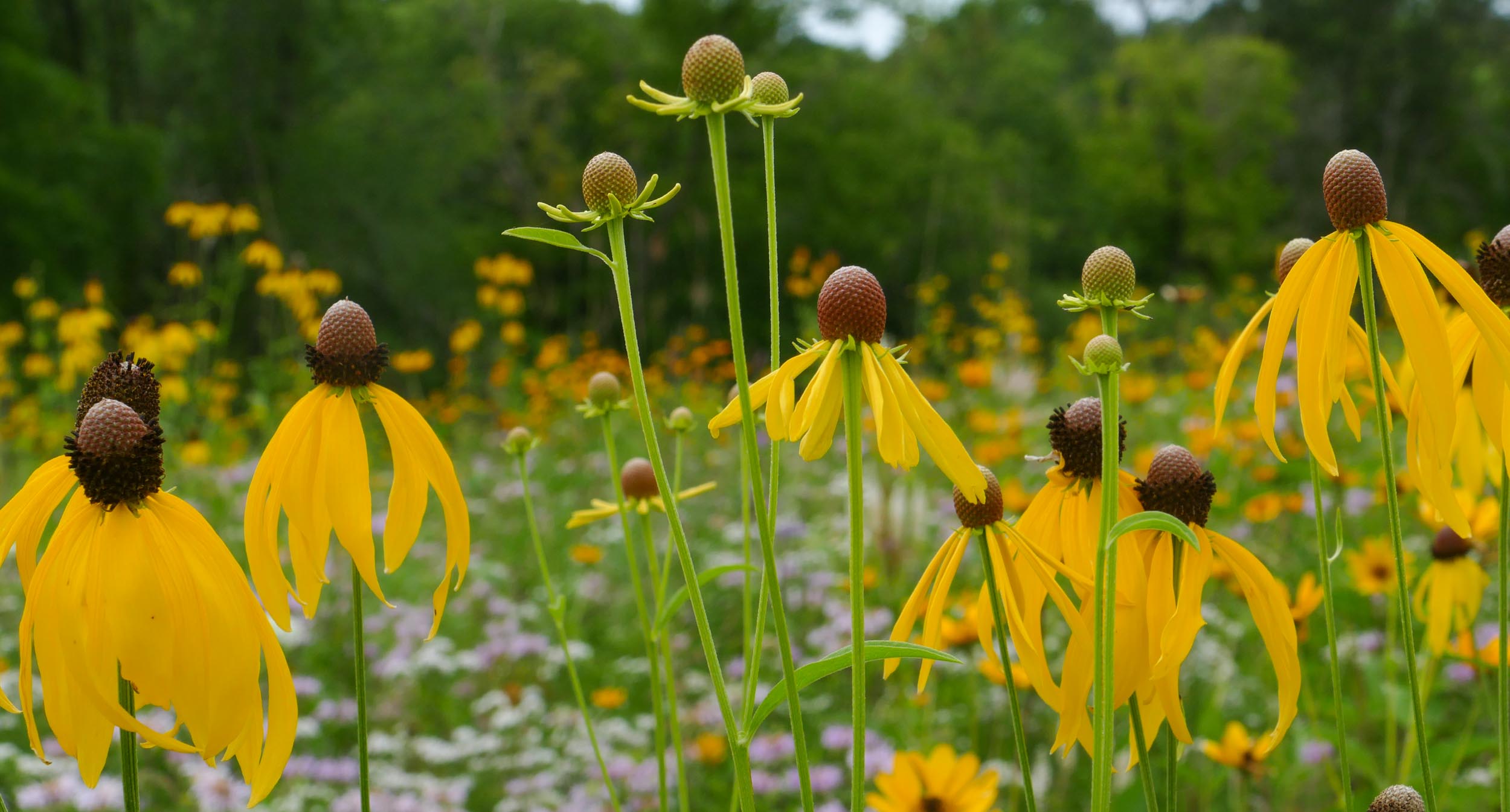 Ironweed, Joe Pye Weed and Goldenrod in the wetland 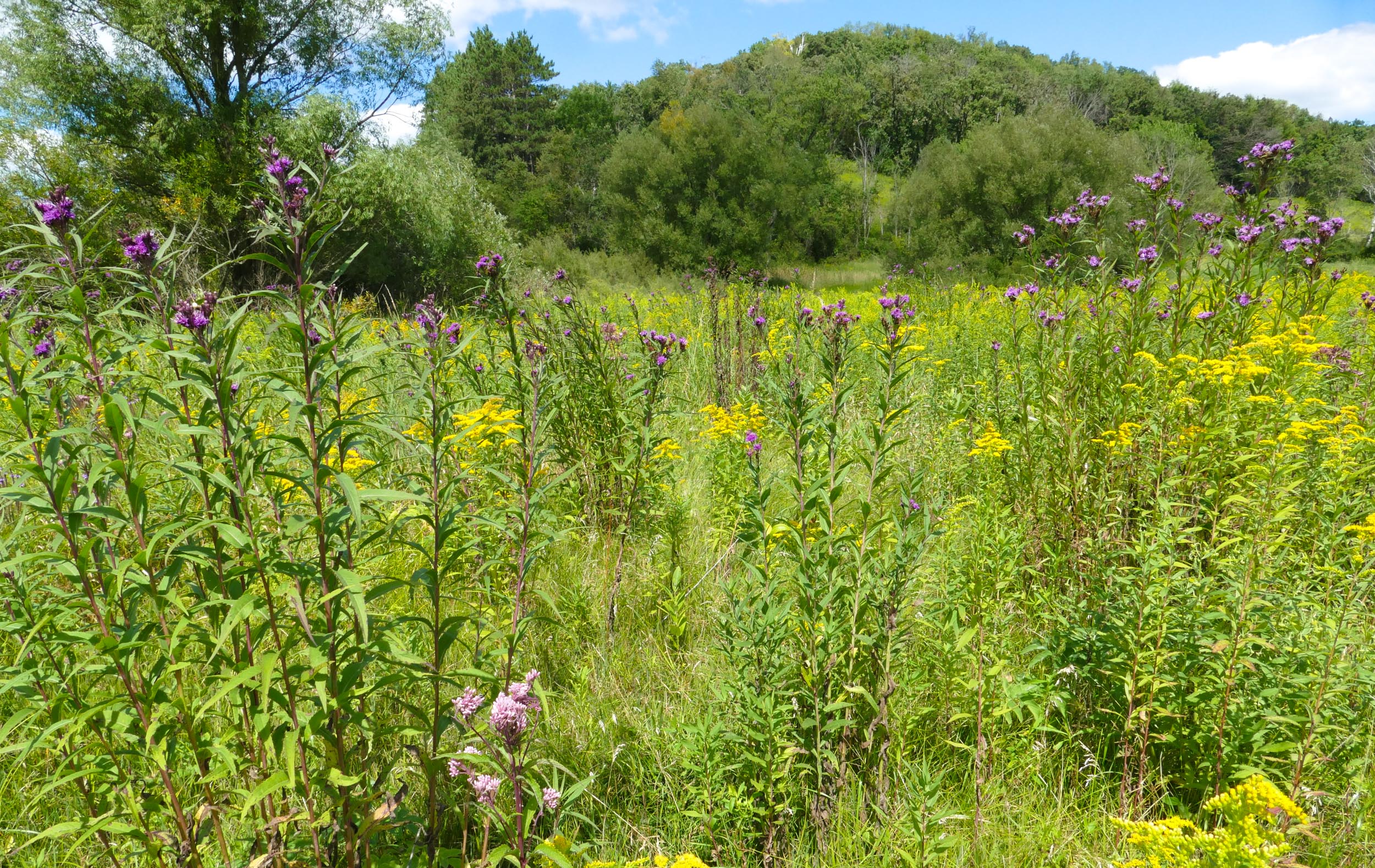 Ragwort Opening – a small prairie remnant that used to be surrounded by thick woods.  We’ve opened up the woods on three sides, so now the remnant gets more sun, and this year there are many more flowers. 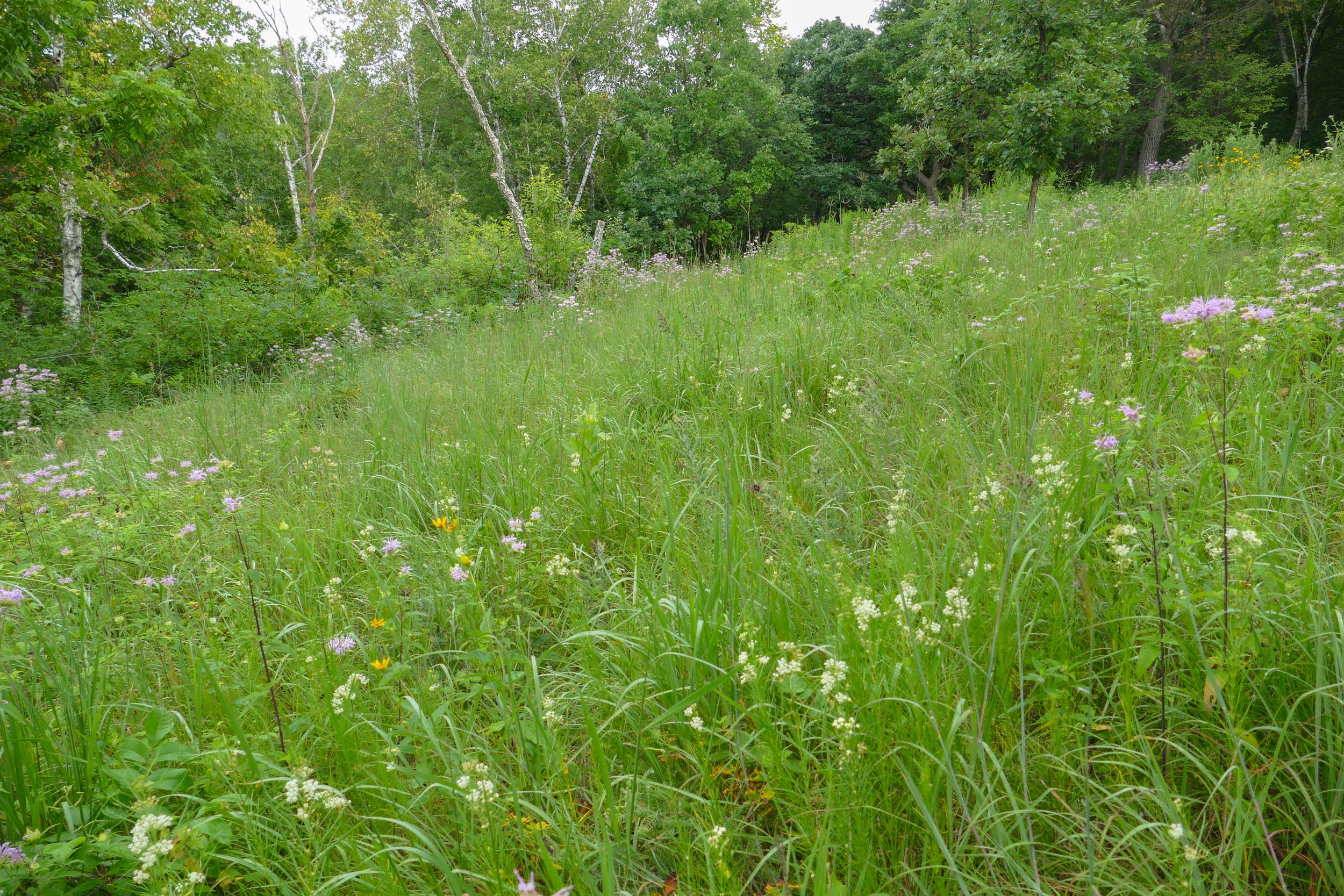 Volvo Meadow – This is the second summer for this planting.  It’s very tall and has lots of weeds, but also lots of flowers. 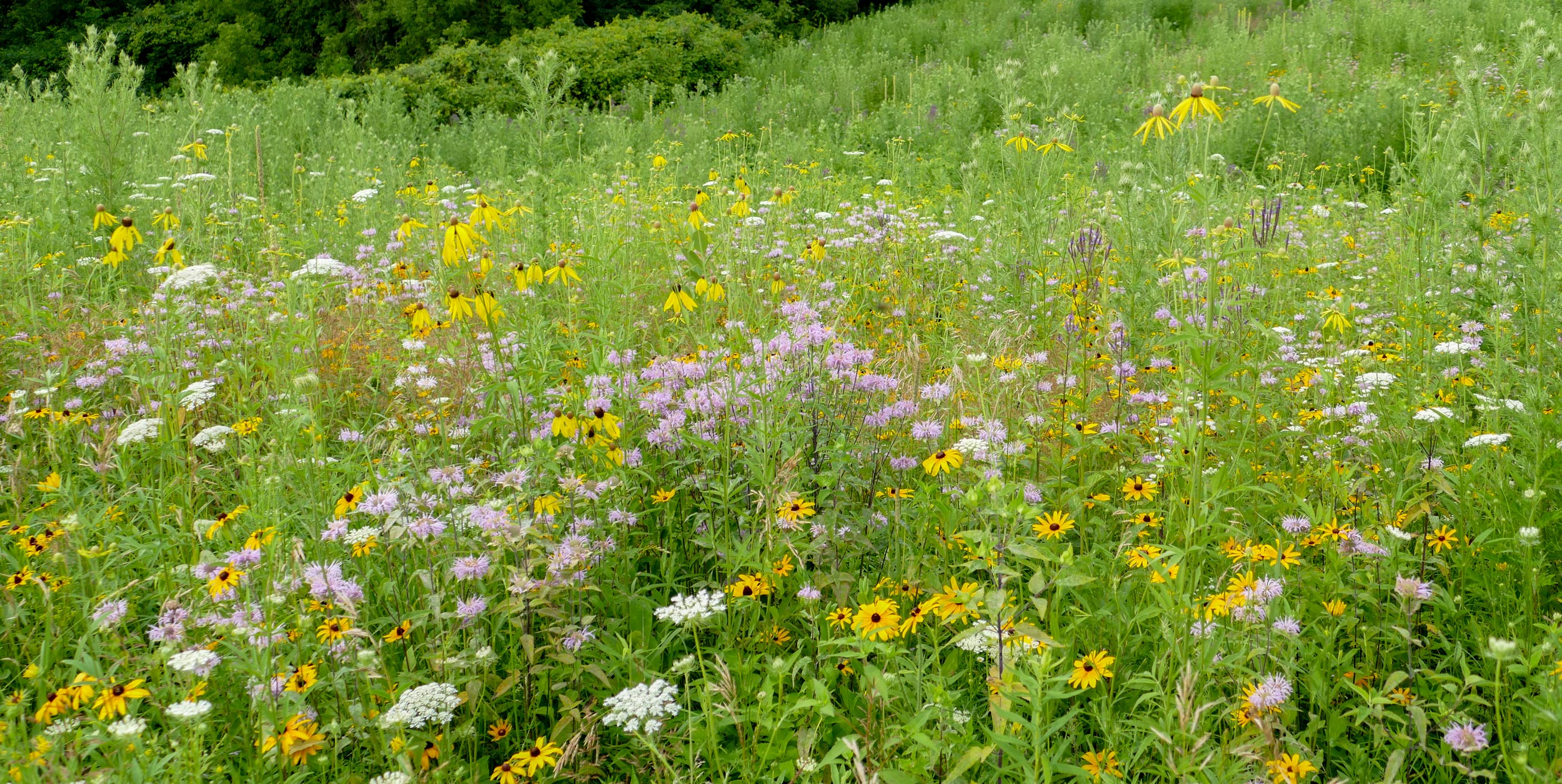 A few species that I’ve never planted have come up over the years.  This is Pale Indian-plantain,  normally found only in the south eastern part of the state.  I think its seeds must have come along with other seeds I bought.  (I just had a note from a friend informing me that this species has been found to be invasive when grown outside its normal range.  So I’ll be getting rid of it.  Click here for a link to a story about the problems it causes and how to get rid of it.) 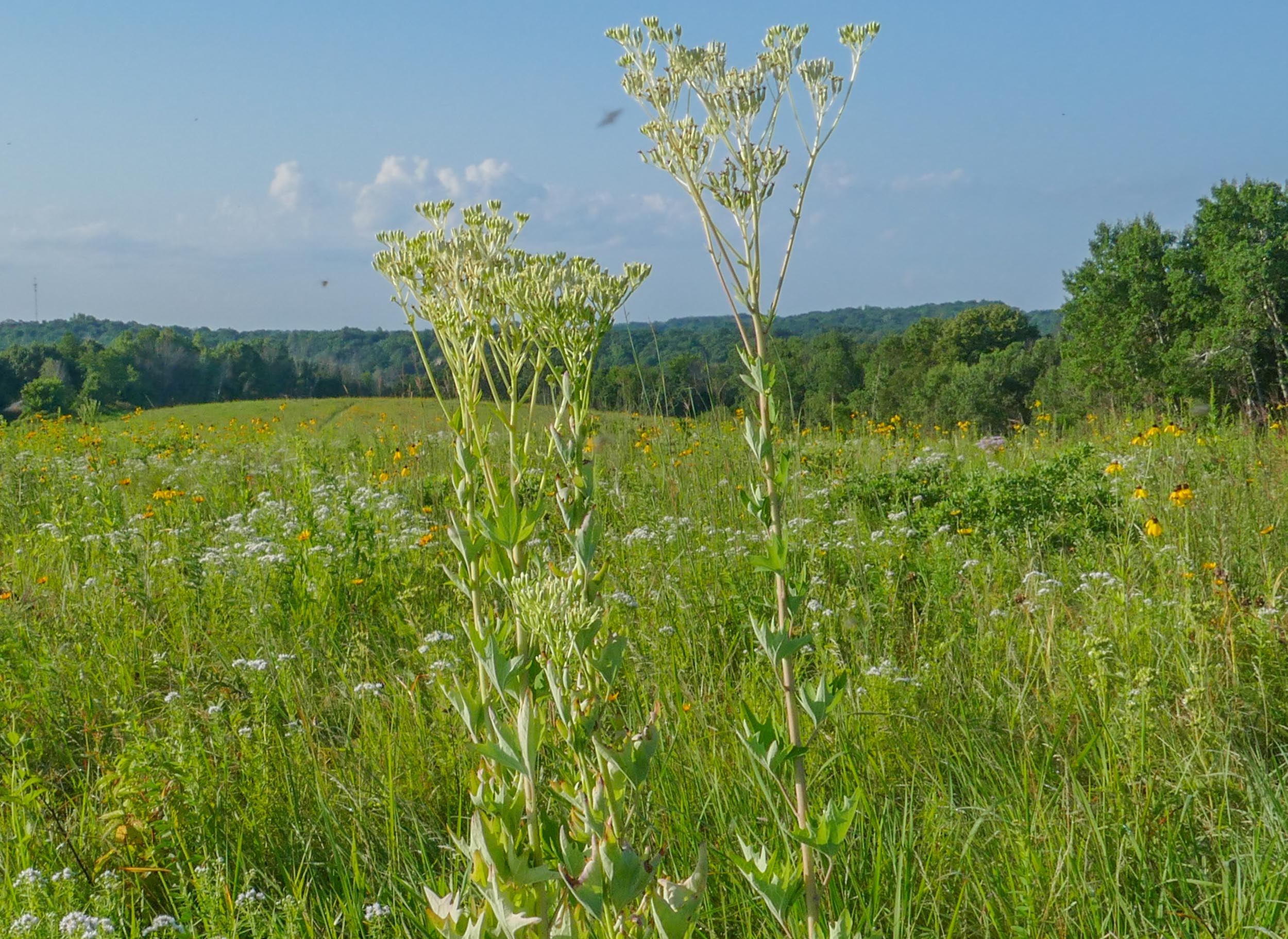 Another flower that I didn’t plant intentionally – Prairie Blazing-star.  It’s possible that it grows naturally around here, but I’ve never seen it.  We have three nice patches blooming in our planted prairies right now. 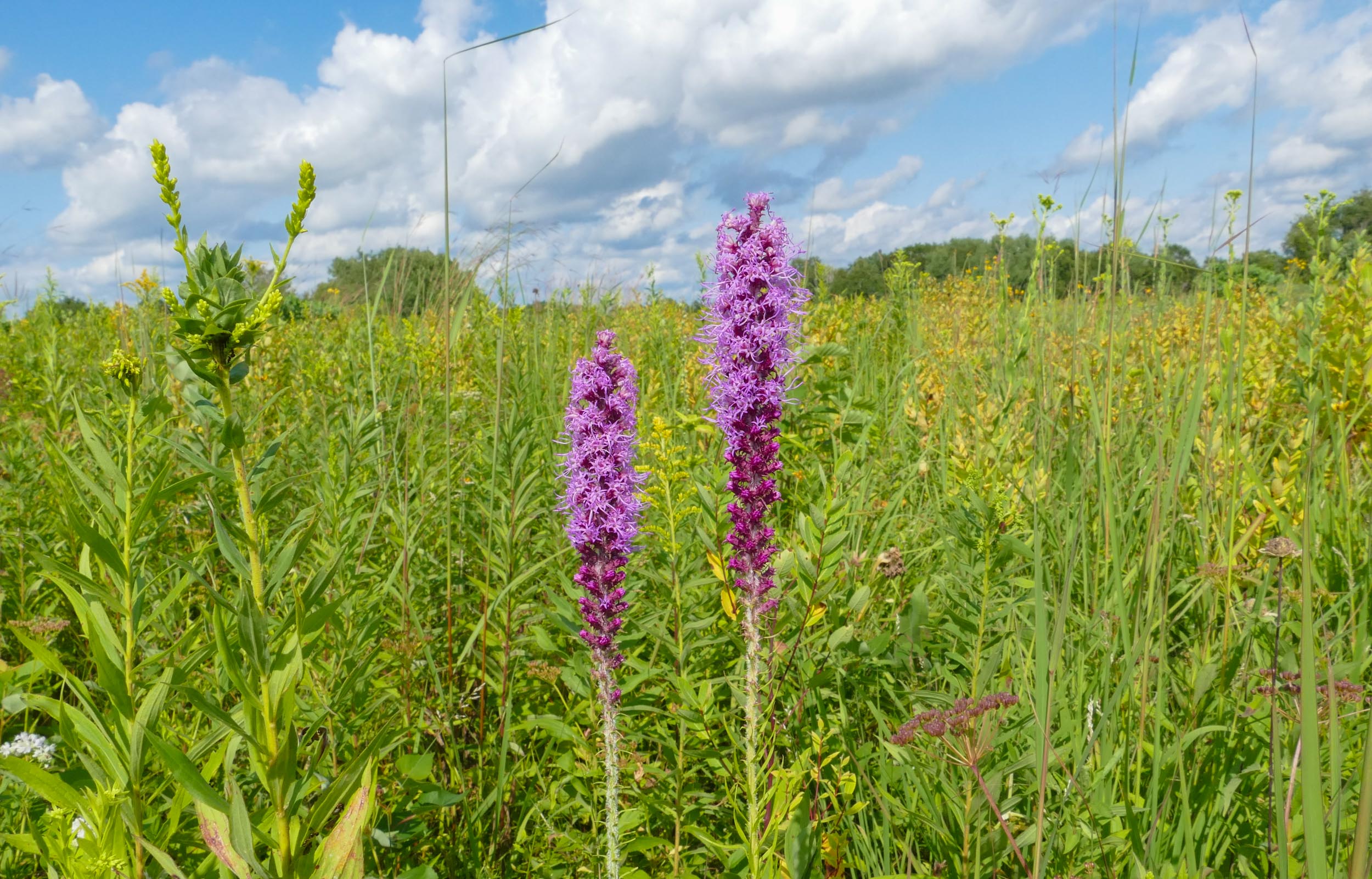 This is the south end of Buffalo Ridge Prairie, leading into Twisted Oak Savanna – one of the savanna remnants we’ve been working to open up. 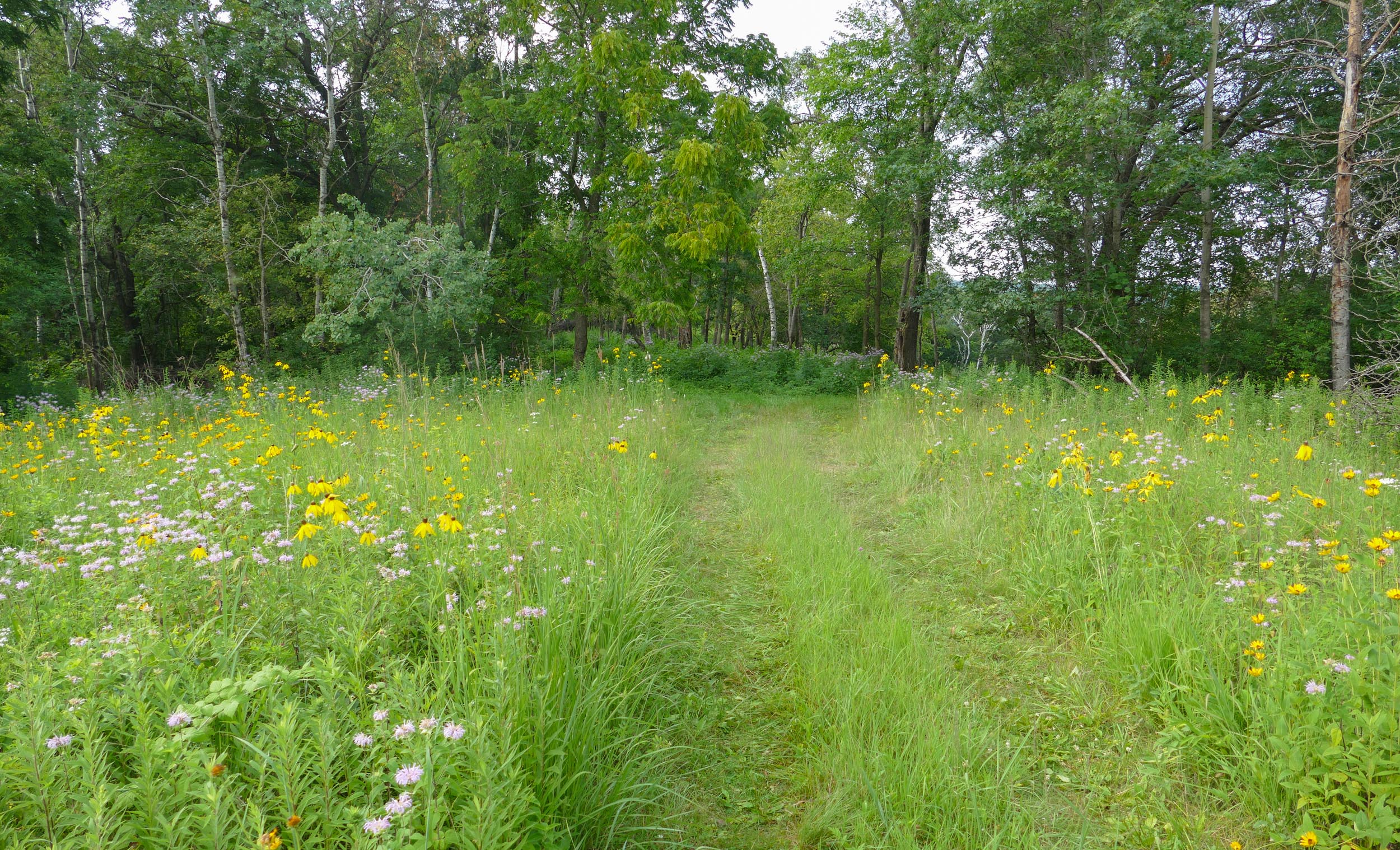 We cleared this part of Twisted Oak Savanna last fall, and this year it’s full of blooming Monarda. 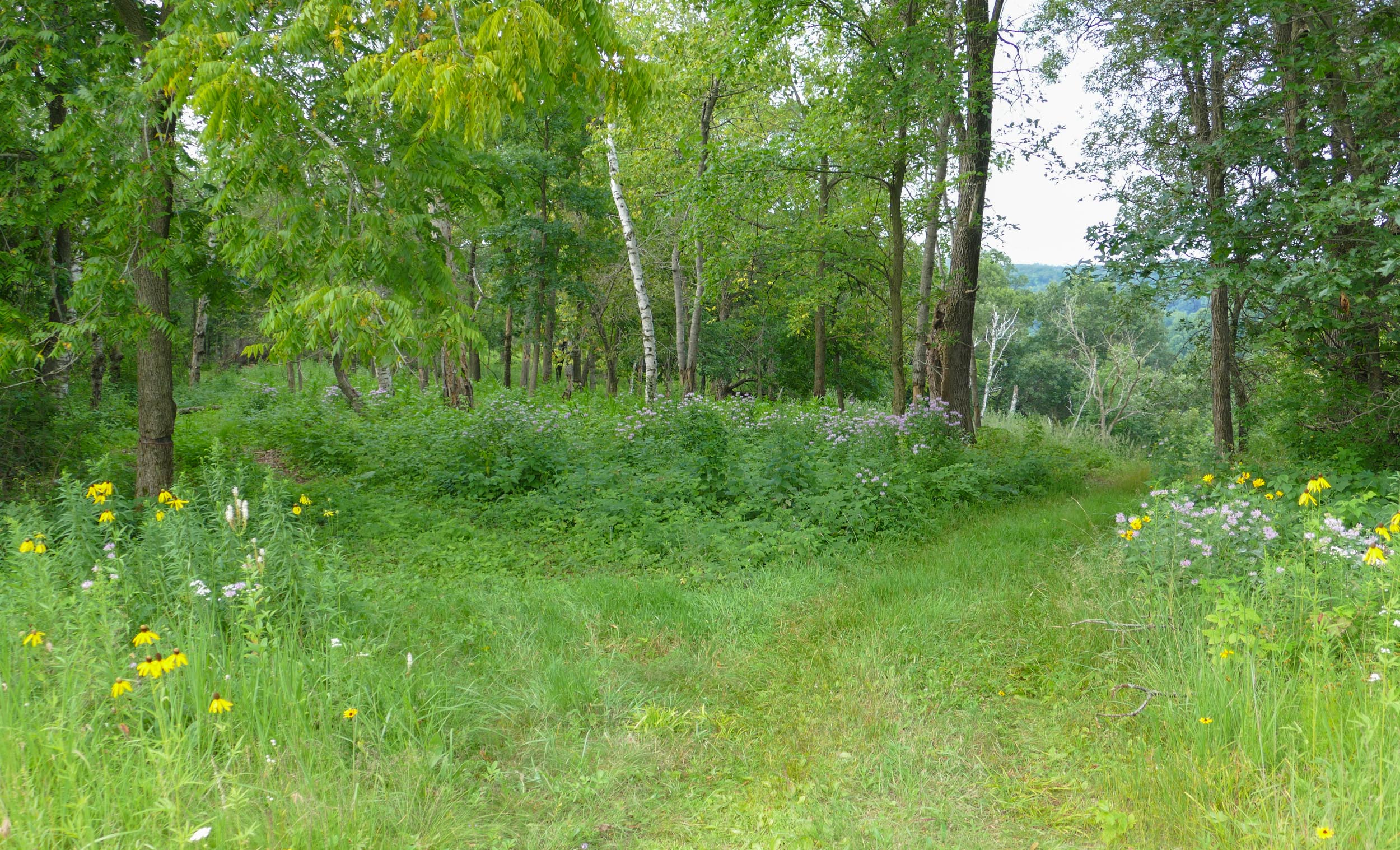 American Burn-weed has also come up in the newly cleared area. It’s a weedy native species that often comes up after a fire or other disturbance.  I usually see a lot of it the first year after clearing a savanna, but then it disappears. 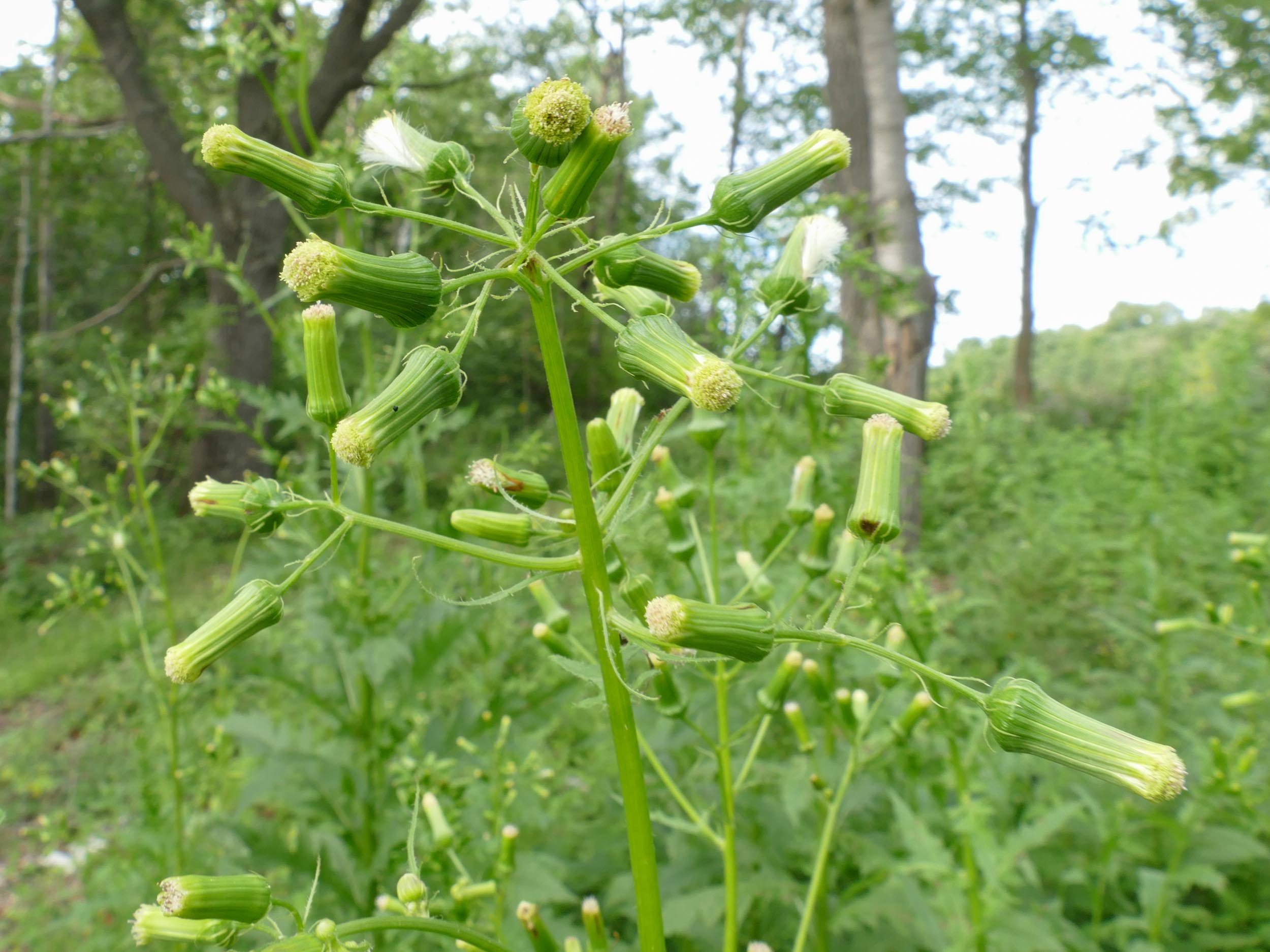 This is Tall Meadow Rue, growing outside our door.  It grew to be very tall, and eventually tipped over. 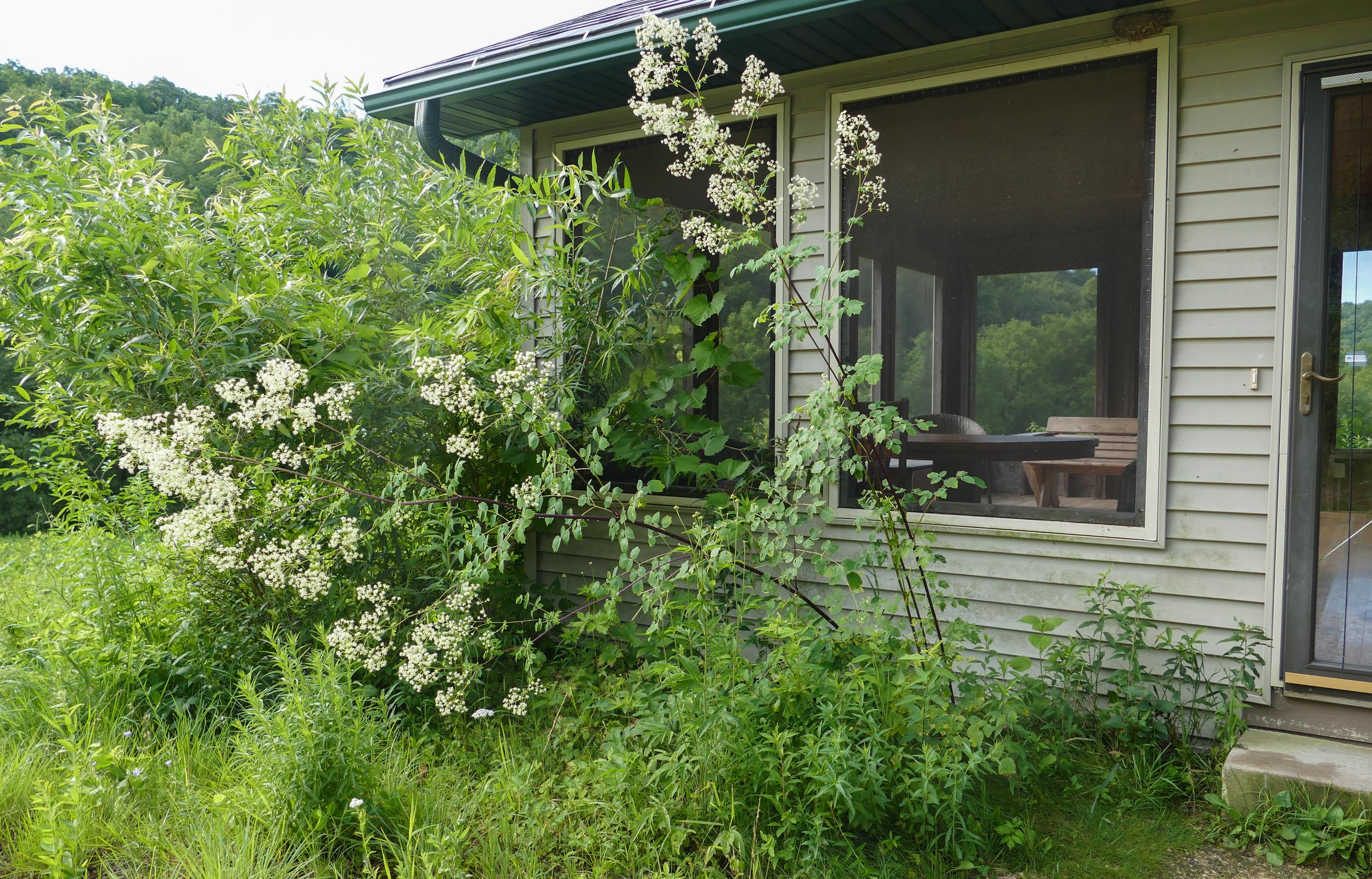 These are the female flowers.  They have a wonderful scent, especially at night. 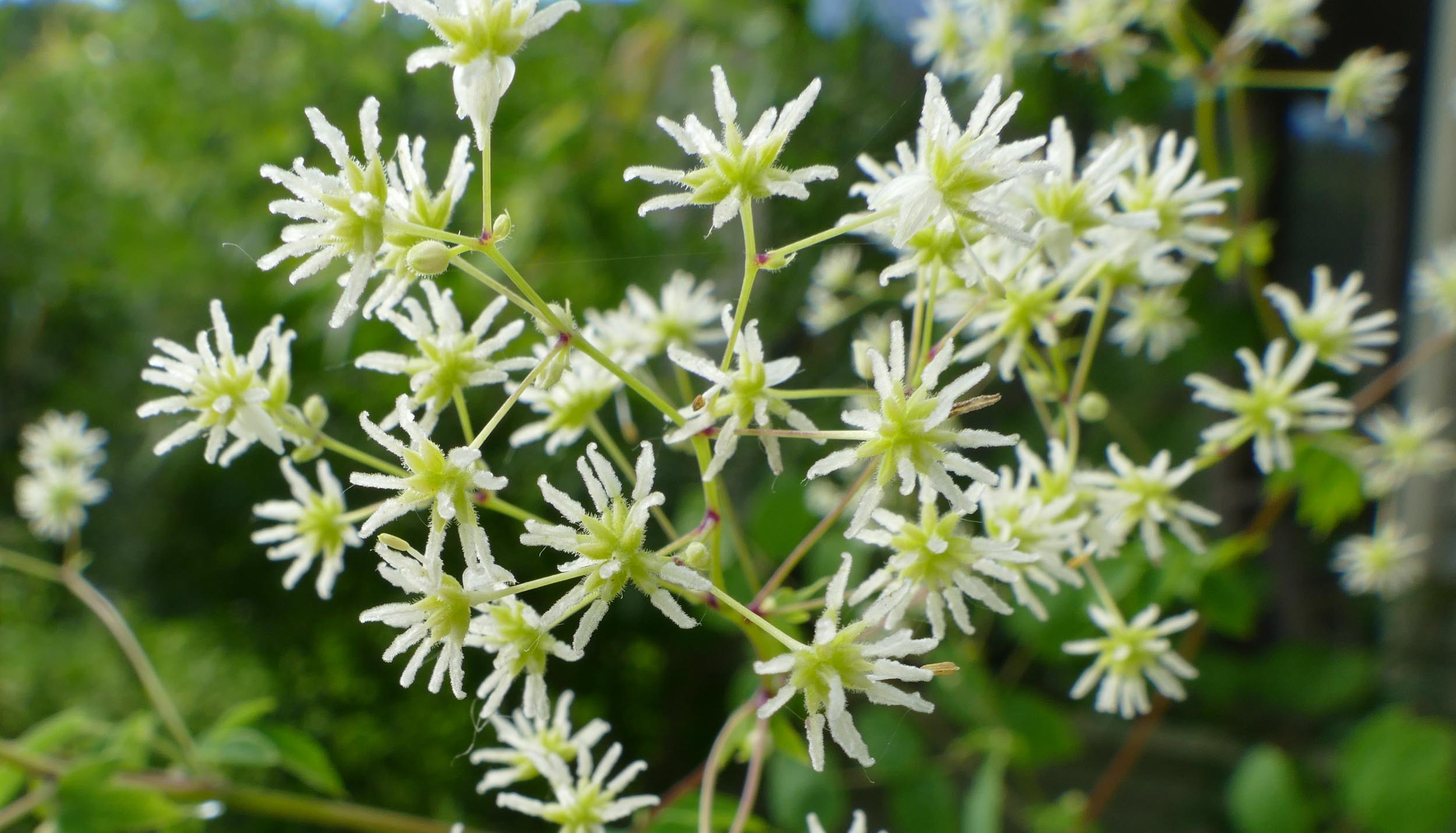 American Bellflower in one of our cleared savannas 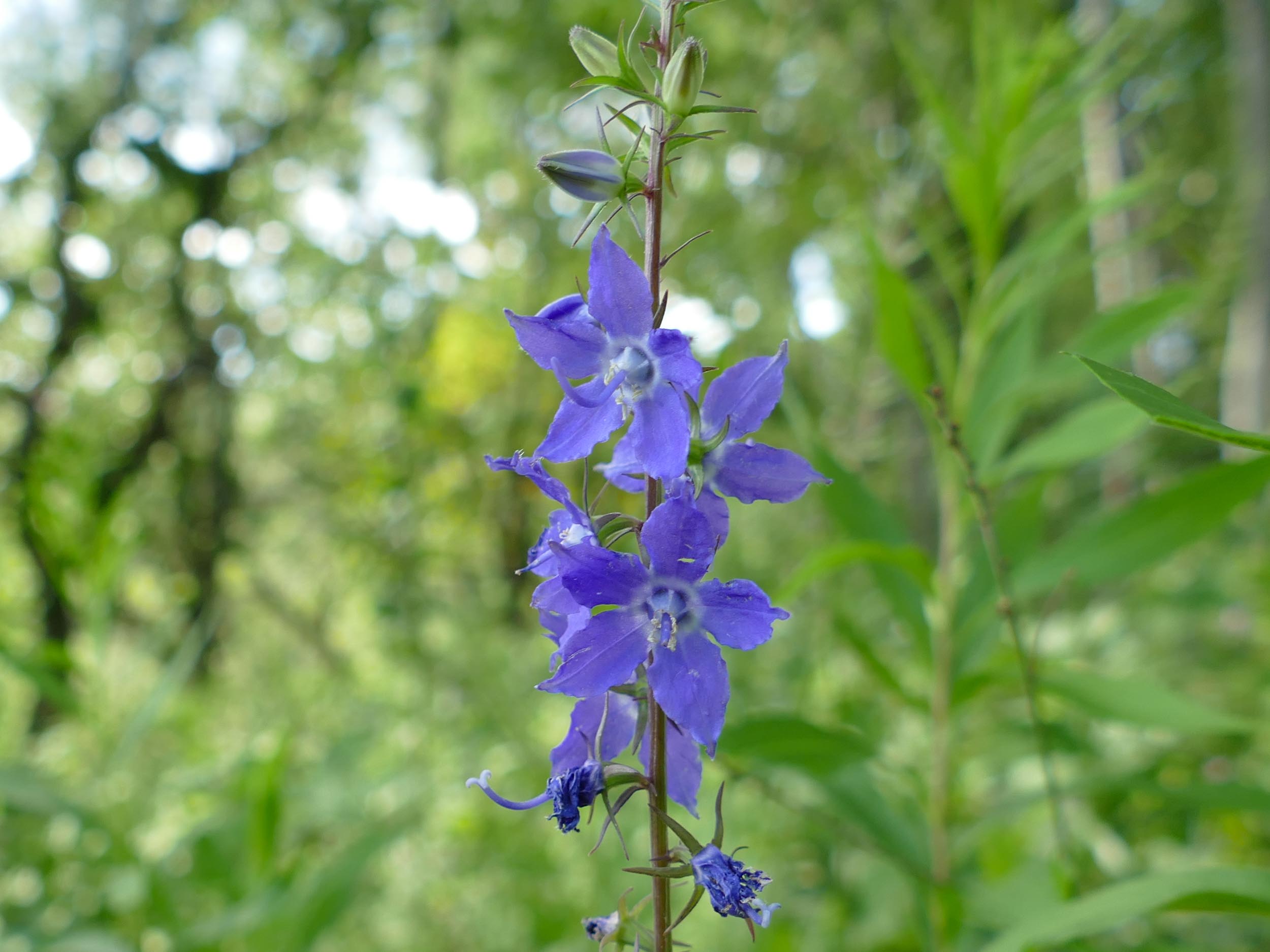 Blood Milkwort in a cleared savanna 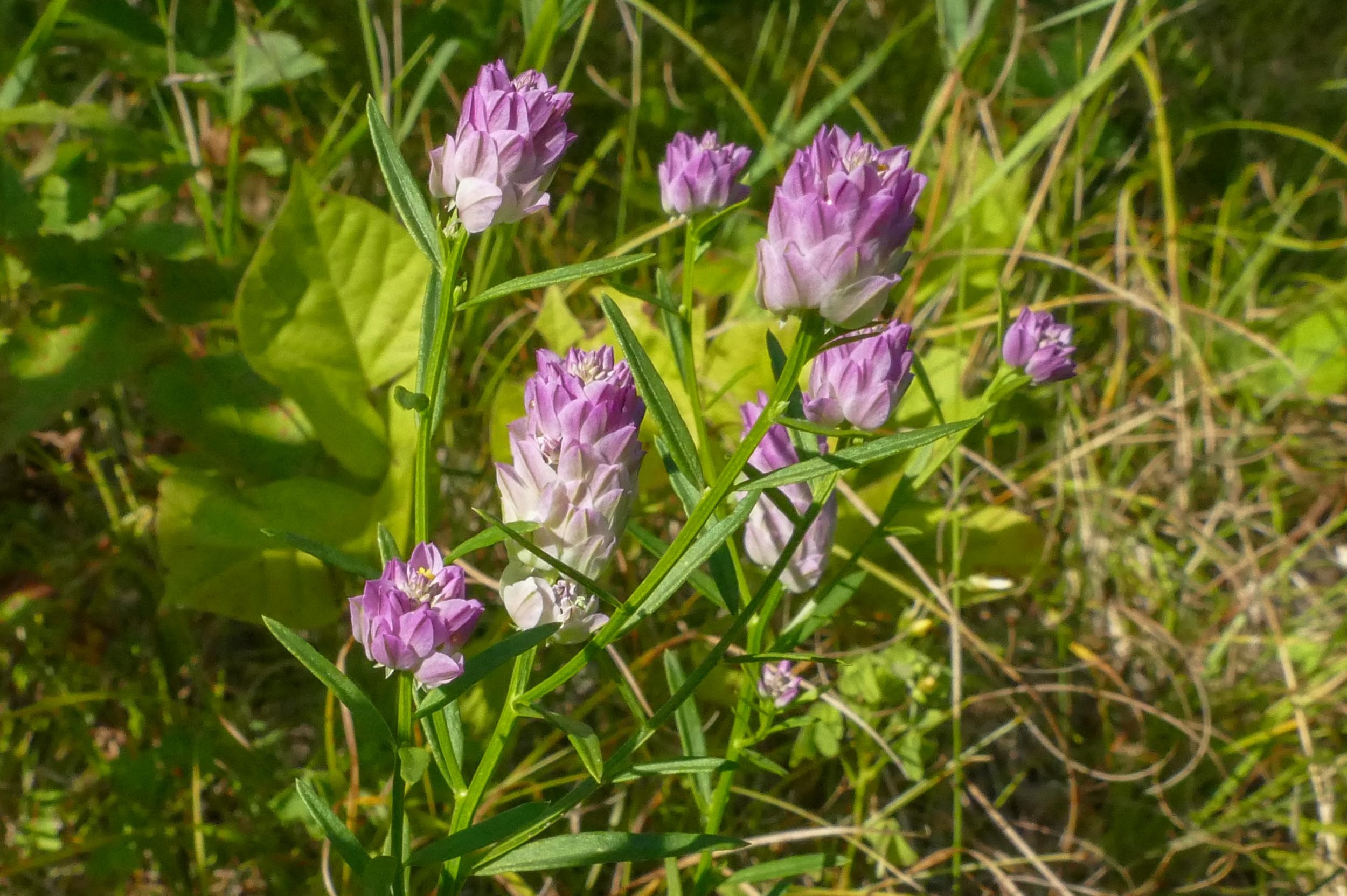 My summer project of pulling out Wild Parsnip is finally done.  I was able to work on more of the wetland than ever before.  Some places I’d never explored before turned out to have sedges, Common Milkweed, and many other wetland natives. 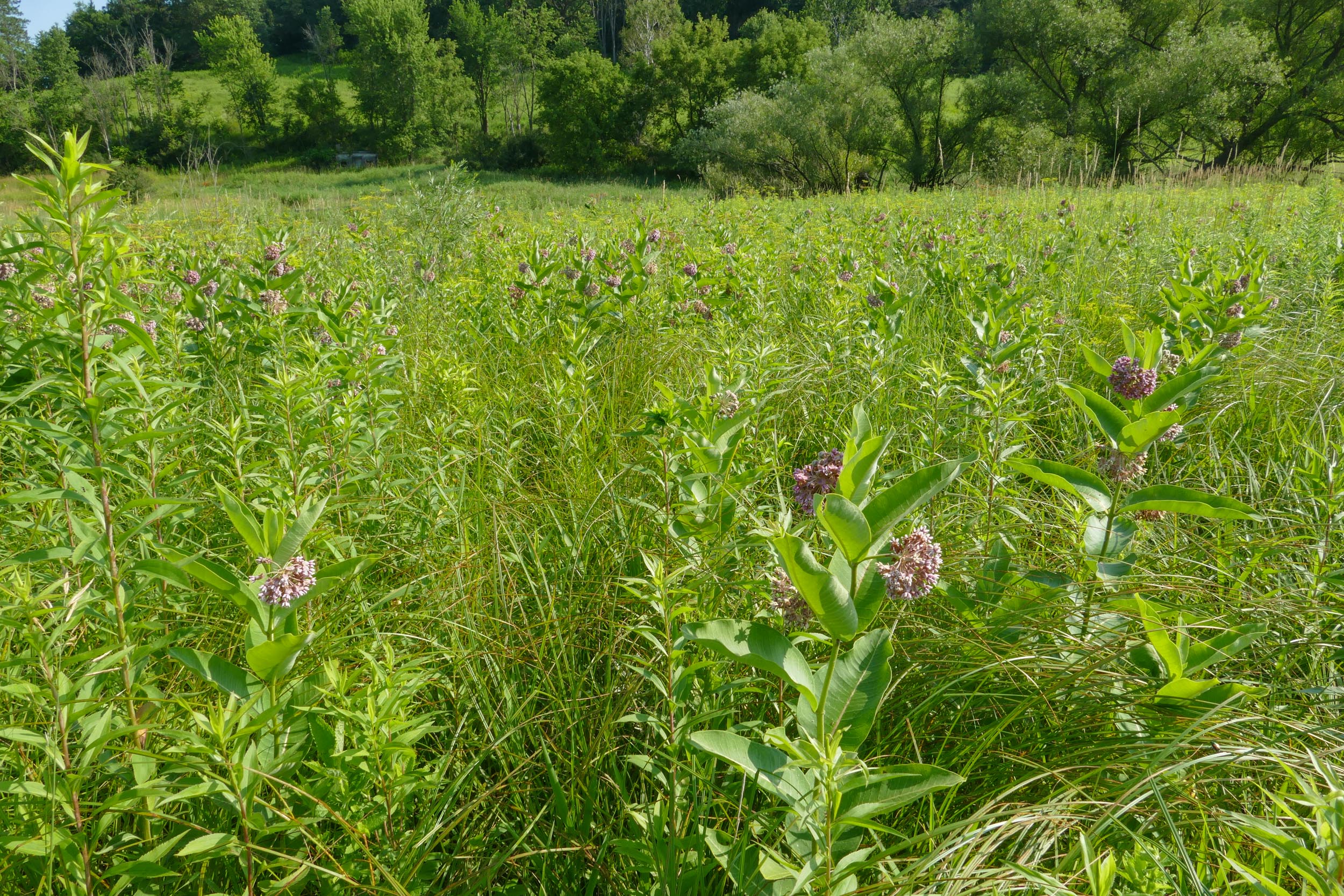 Now that the days are getting shorter and cooler, we’re starting to see early fall flowers. 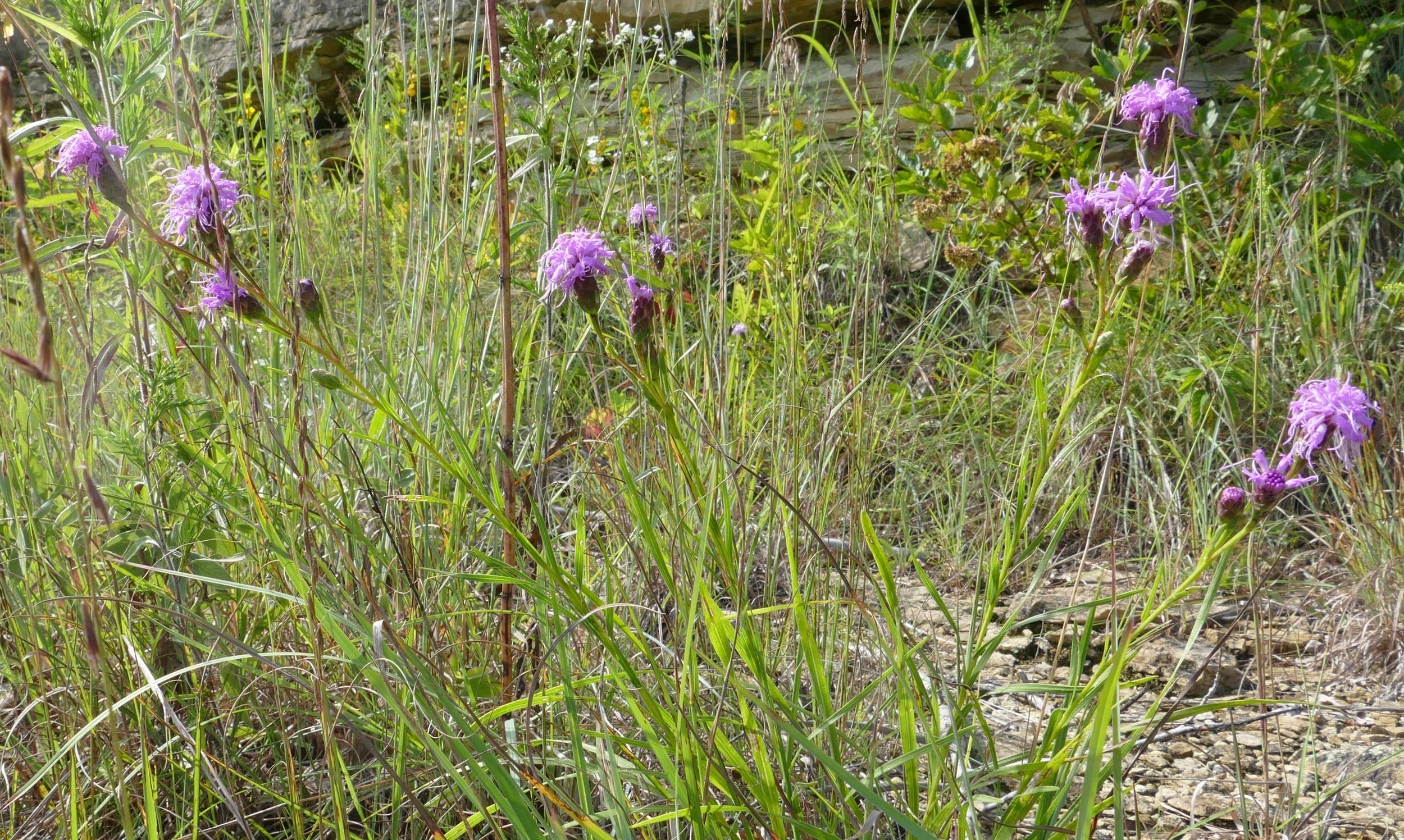 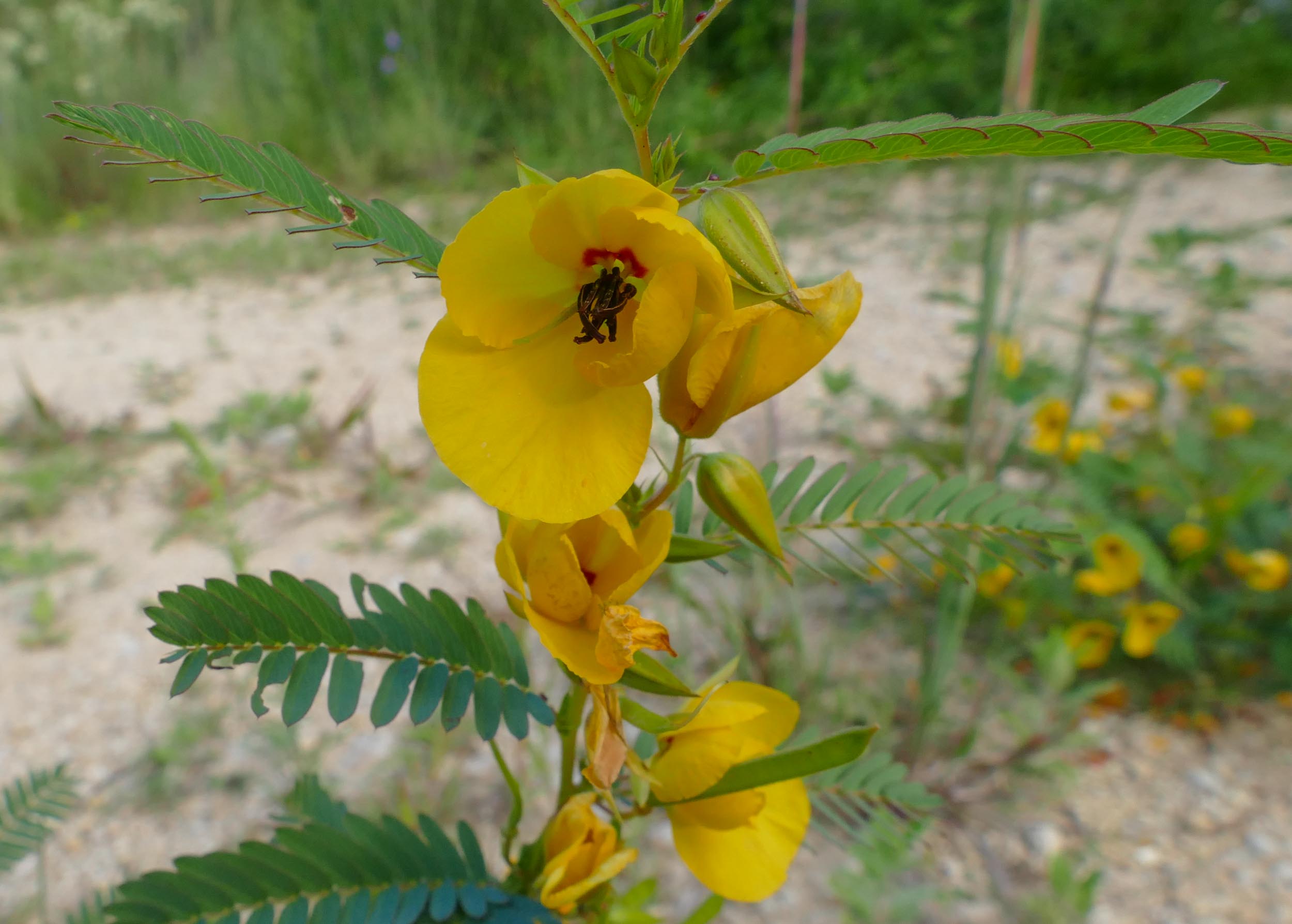 Another photo of a Partridge Pea – looking like a different plant entirely. 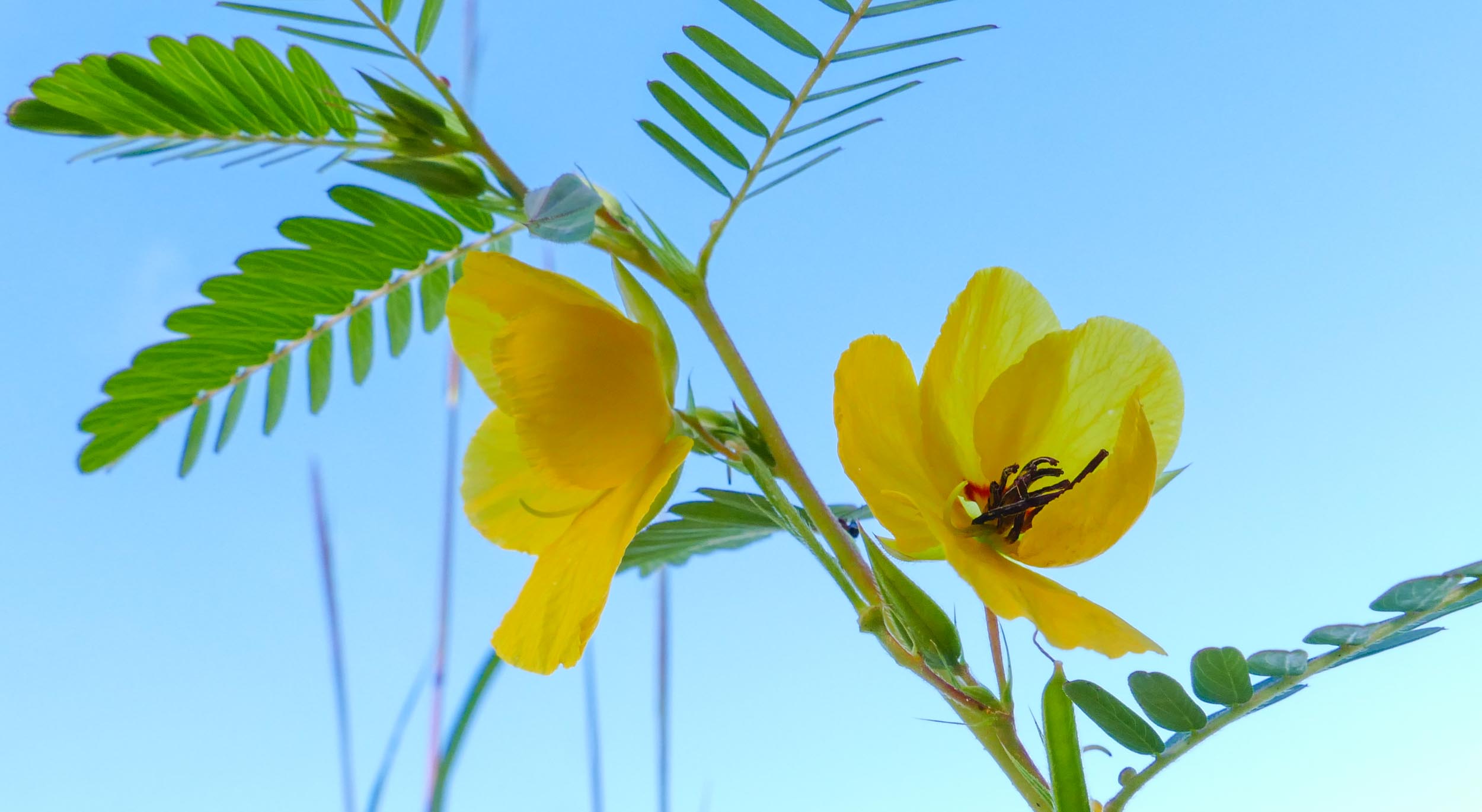 Little Yellow – a butterfly that lays its eggs on Partridge Pea.  It’s a migrant from the south that shows up here at the end of the summer. 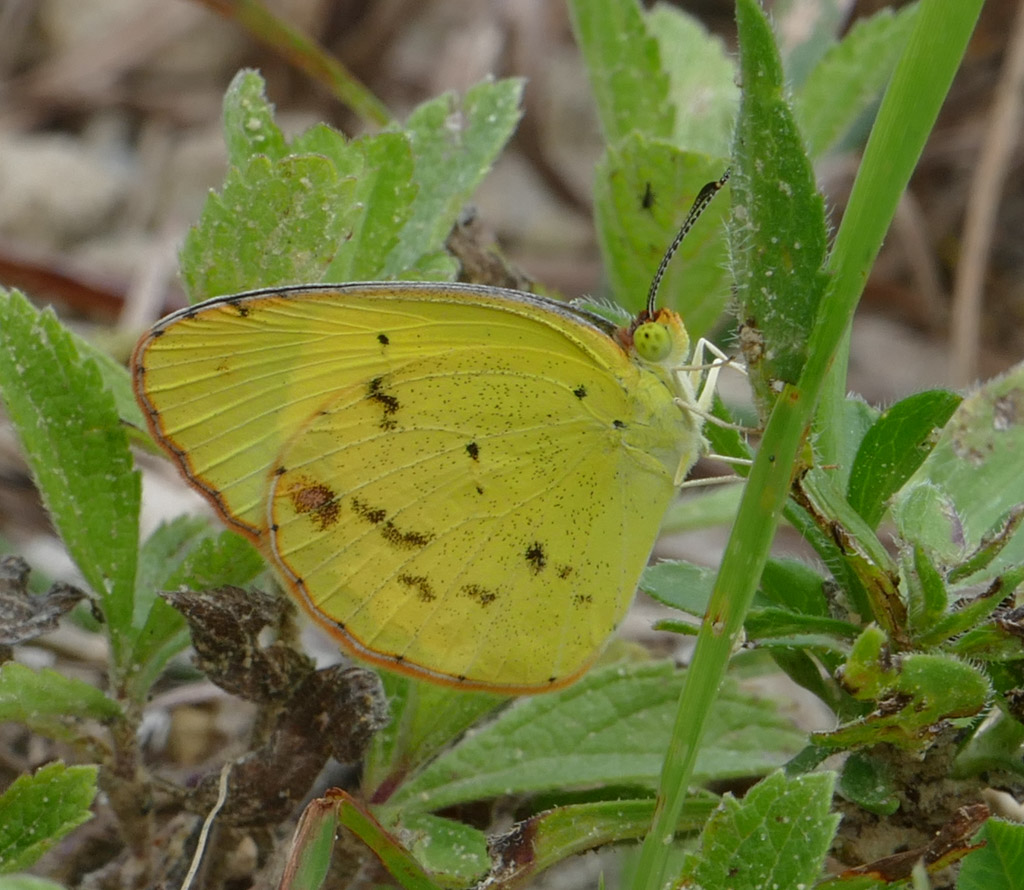 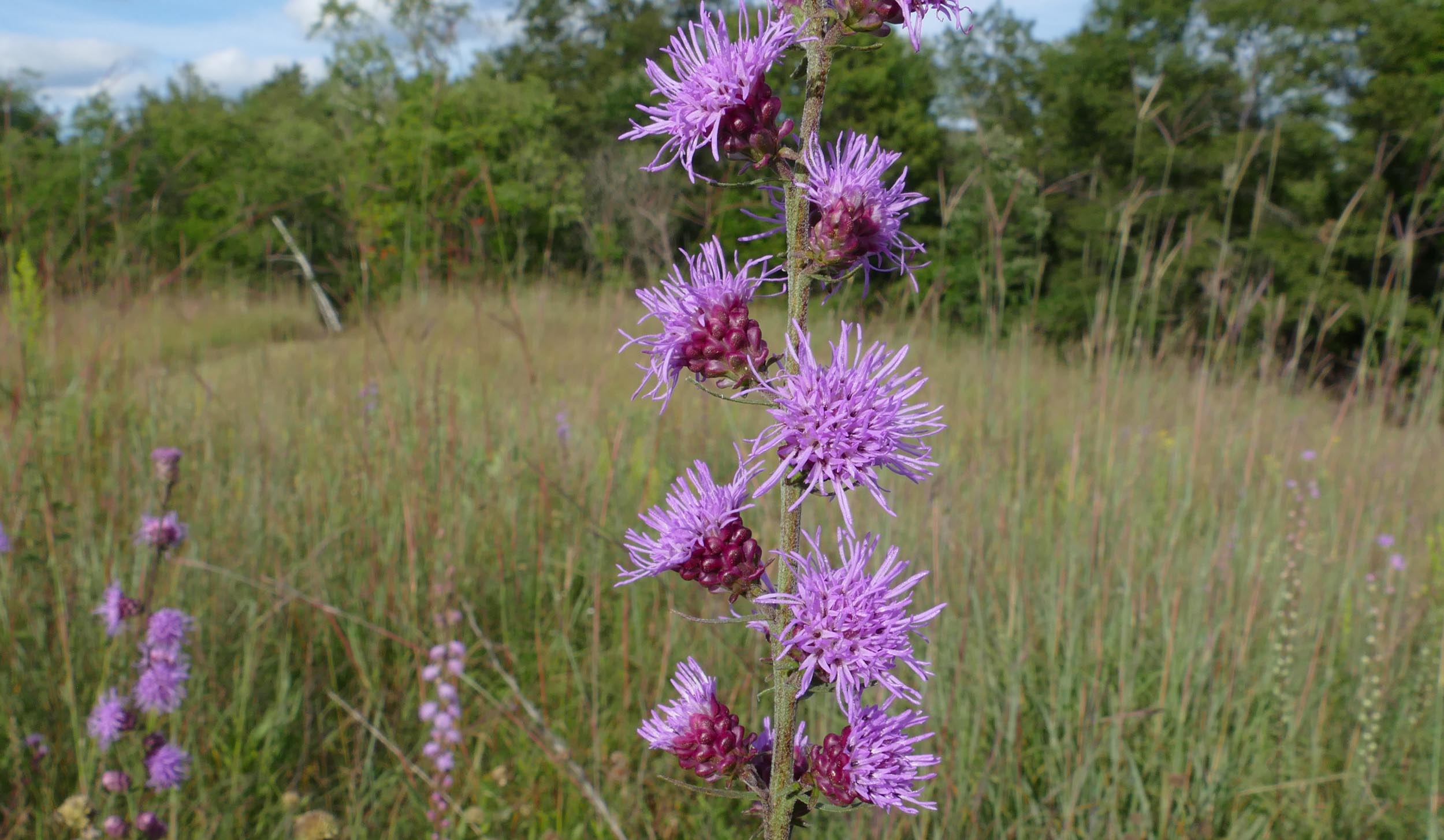 Eastern Tiger Swallowtail on Field Thistle – a native thistle.  There are several beautiful native thistles blooming now, and their flowers are very attractive to butterflies and other insects.

Giant Swallowtail on Field Thistle – with a bumblebee 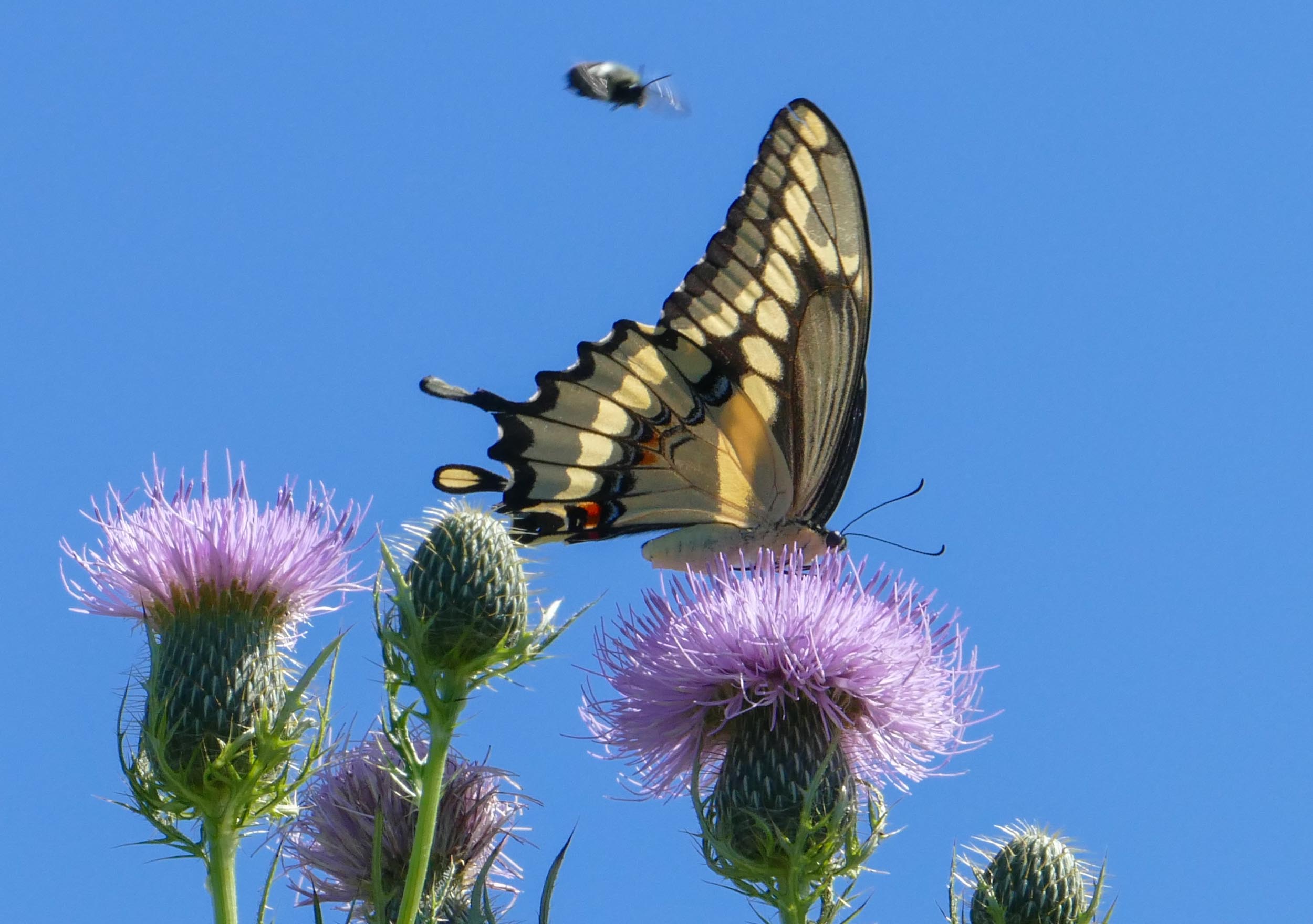 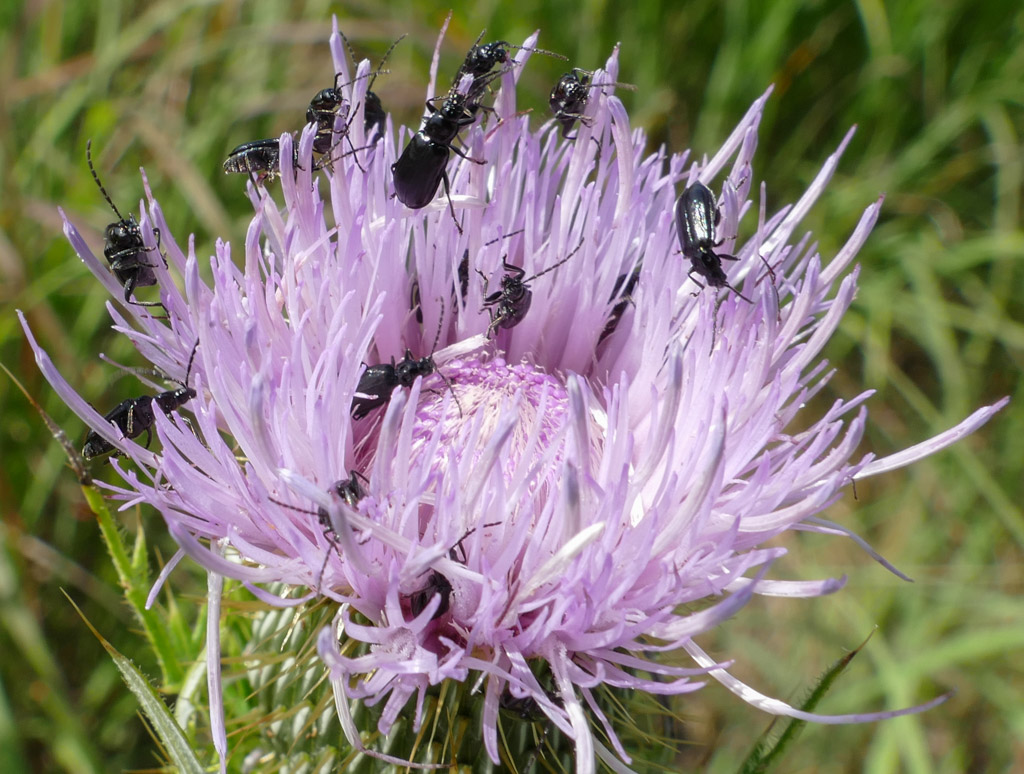 A large and beautiful wolf spider 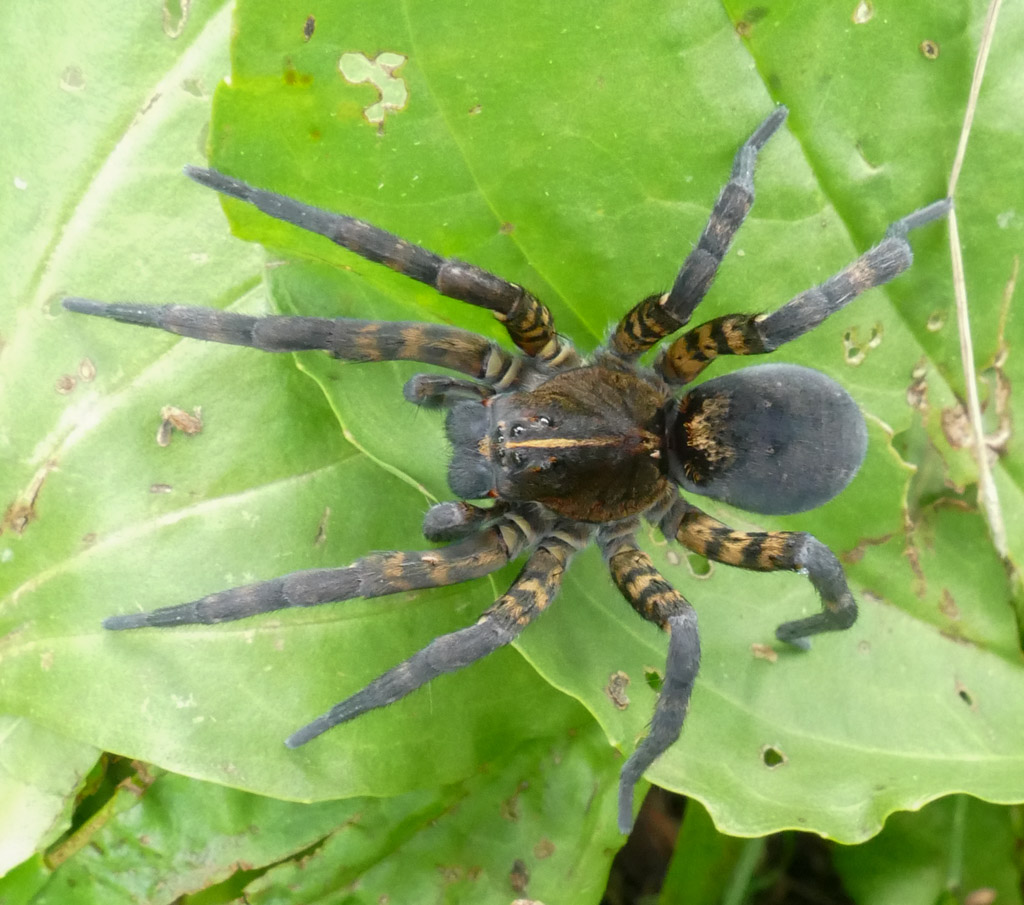 Monarchs haven’t started to migrate yet.  We’re counting the ones we see on our walk every afternoon, but so far we haven’t seen any big numbers. 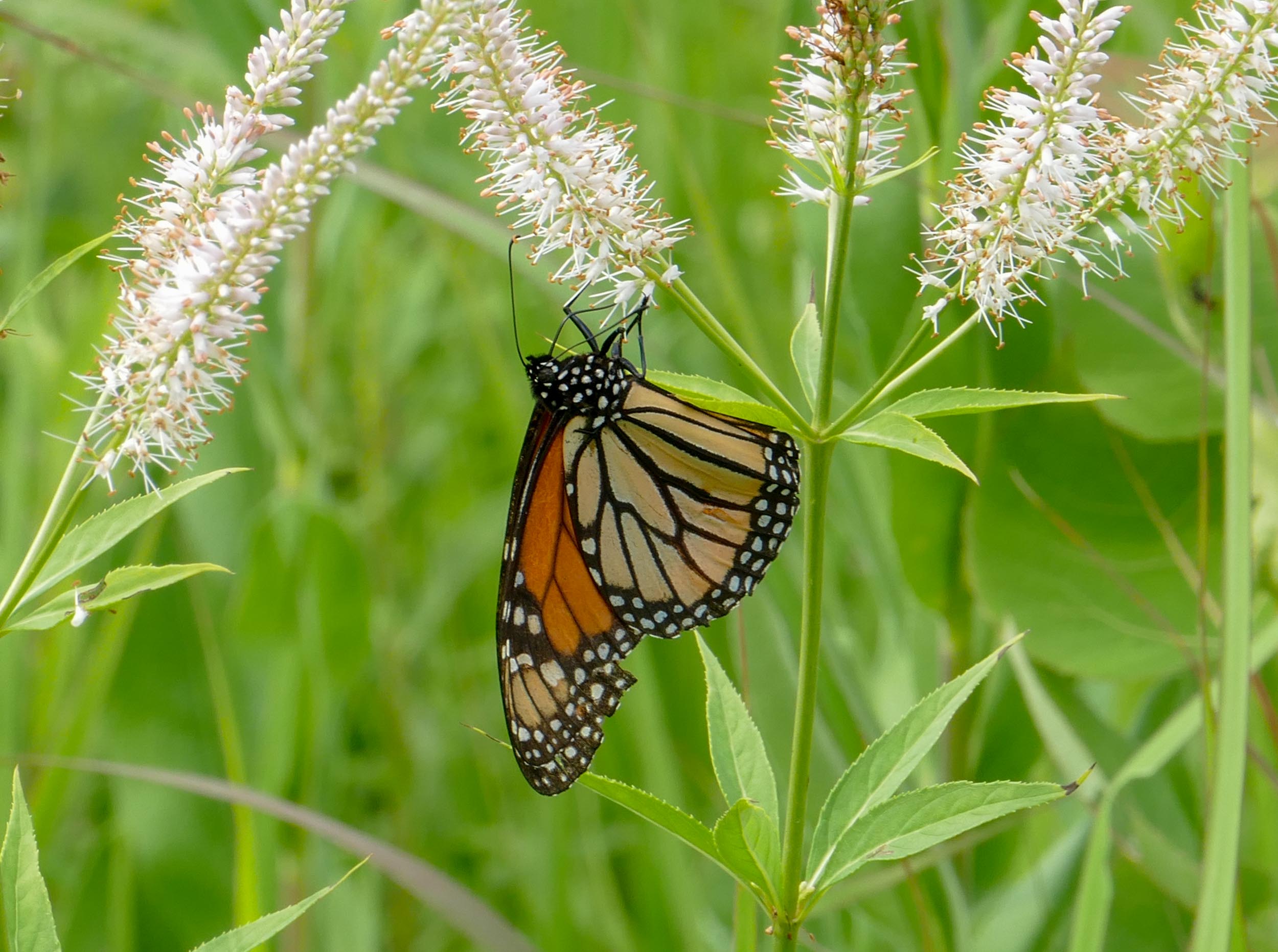 Bobcat on the trail camera – the best photo we have of the spot pattern on their coats. 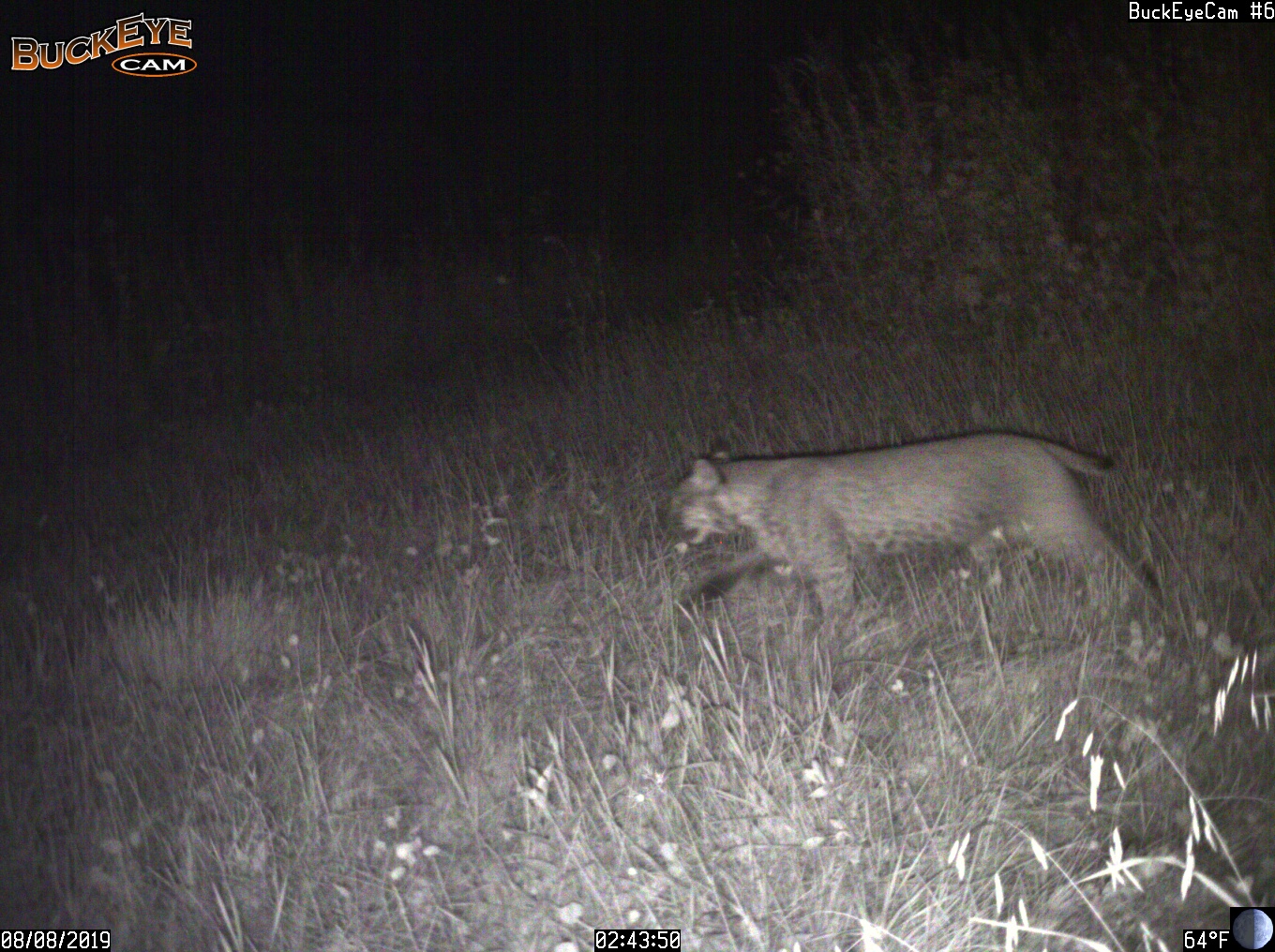 American Woodcock on our driveway 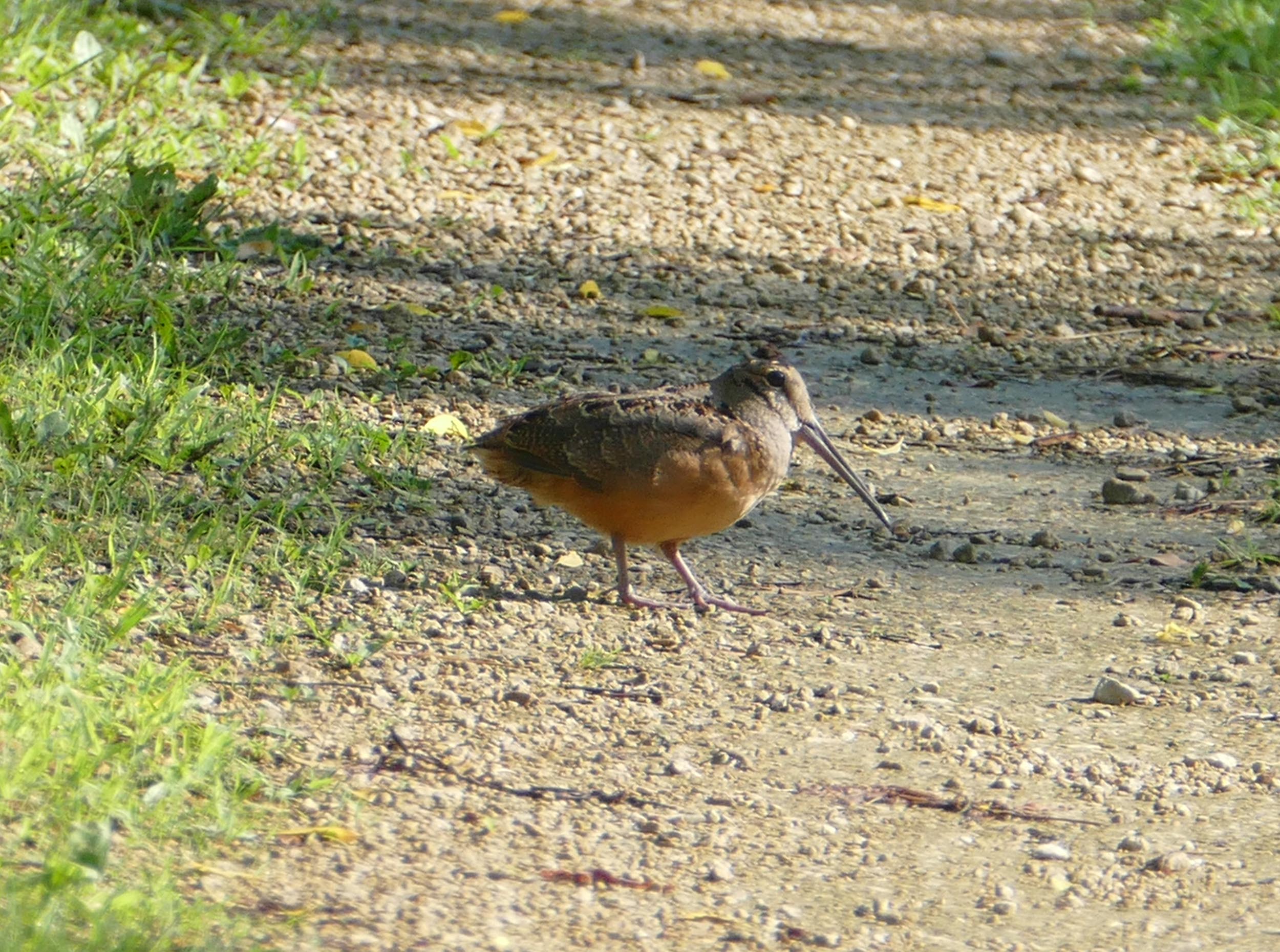 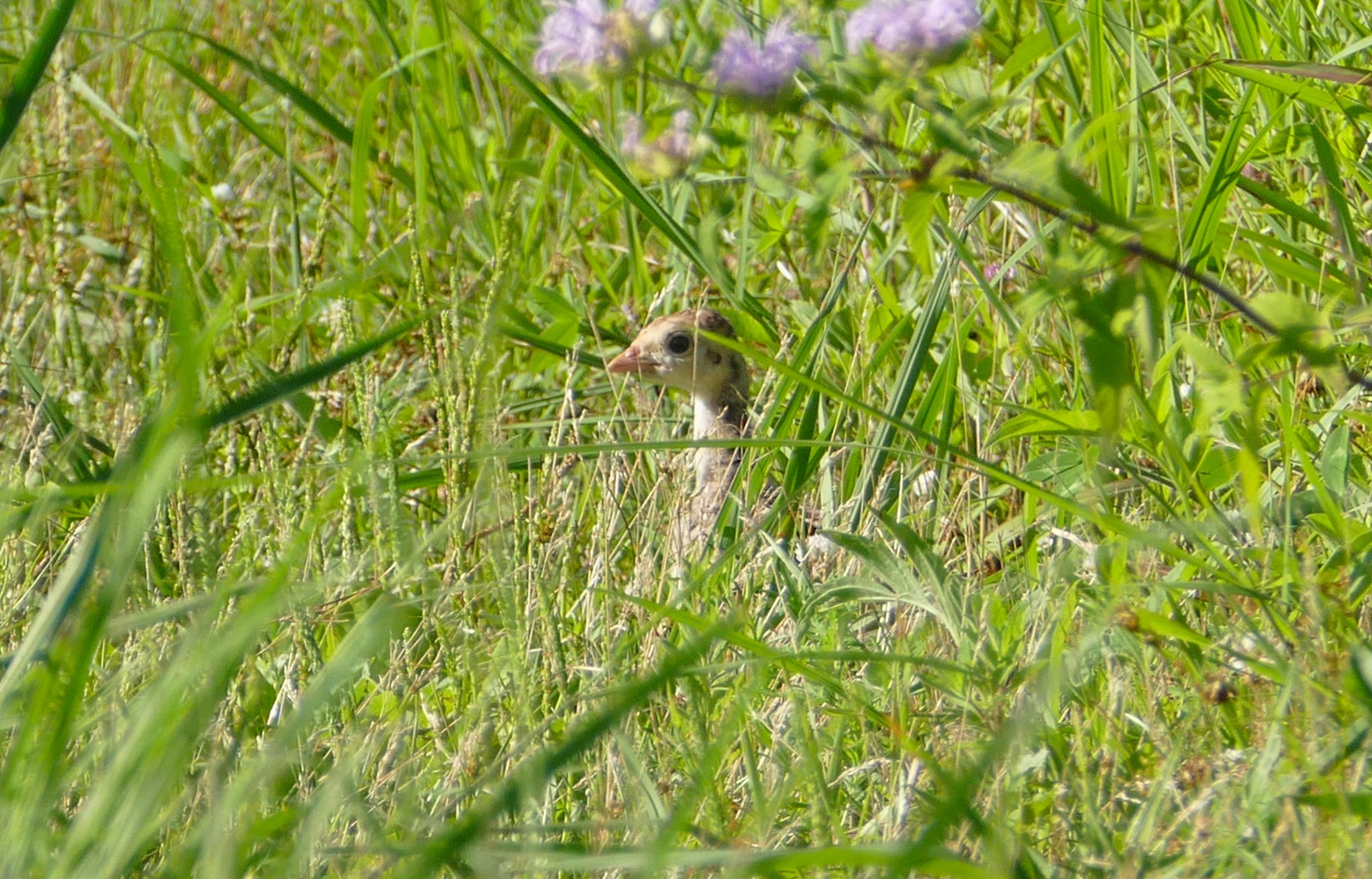 Mike took the drone up one misty morning.  This shows our wetland, Maple Ridge across the way, and looks down the valley to the southwest. Here’s a link to the video he did of the flight. 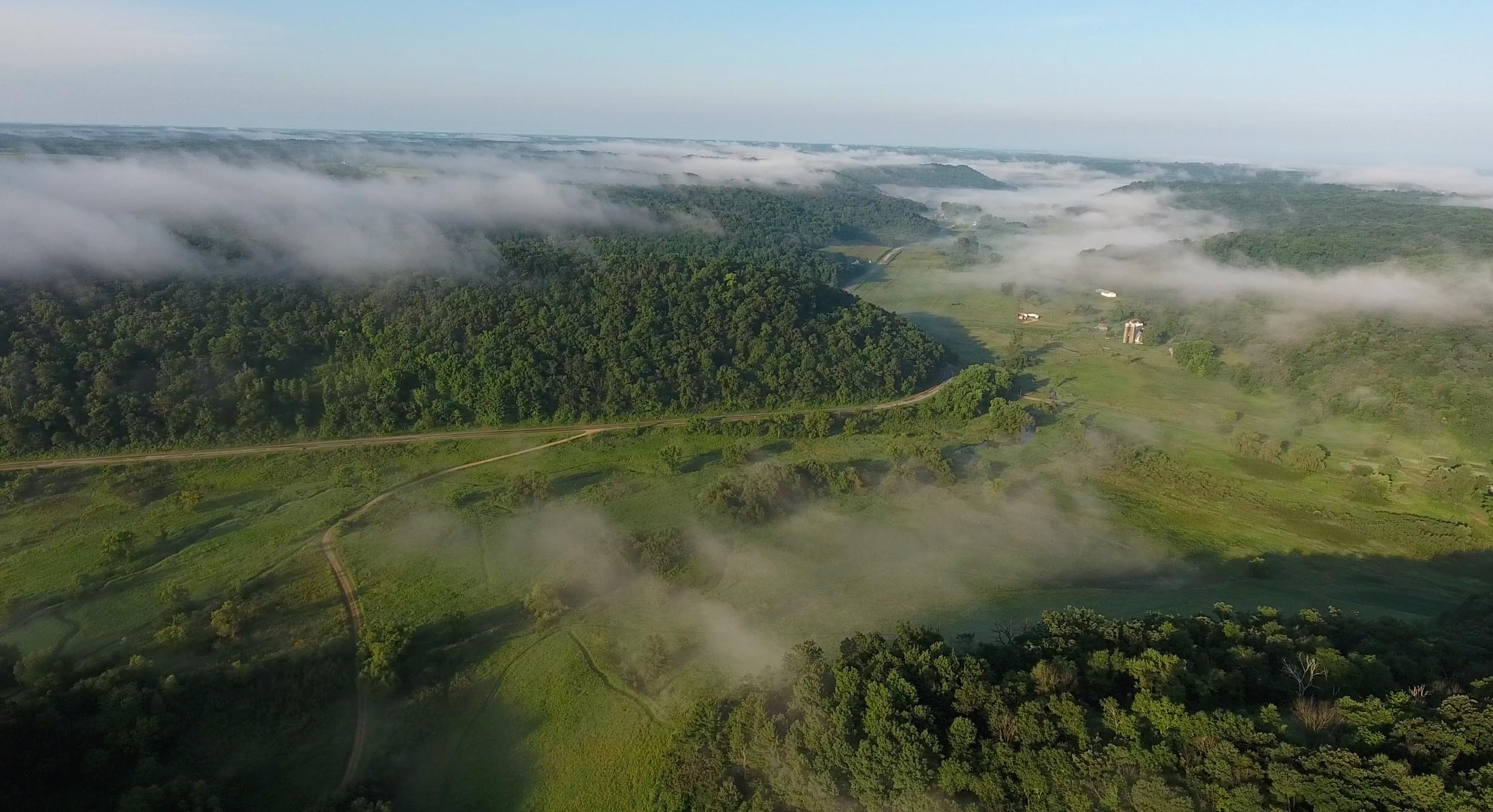 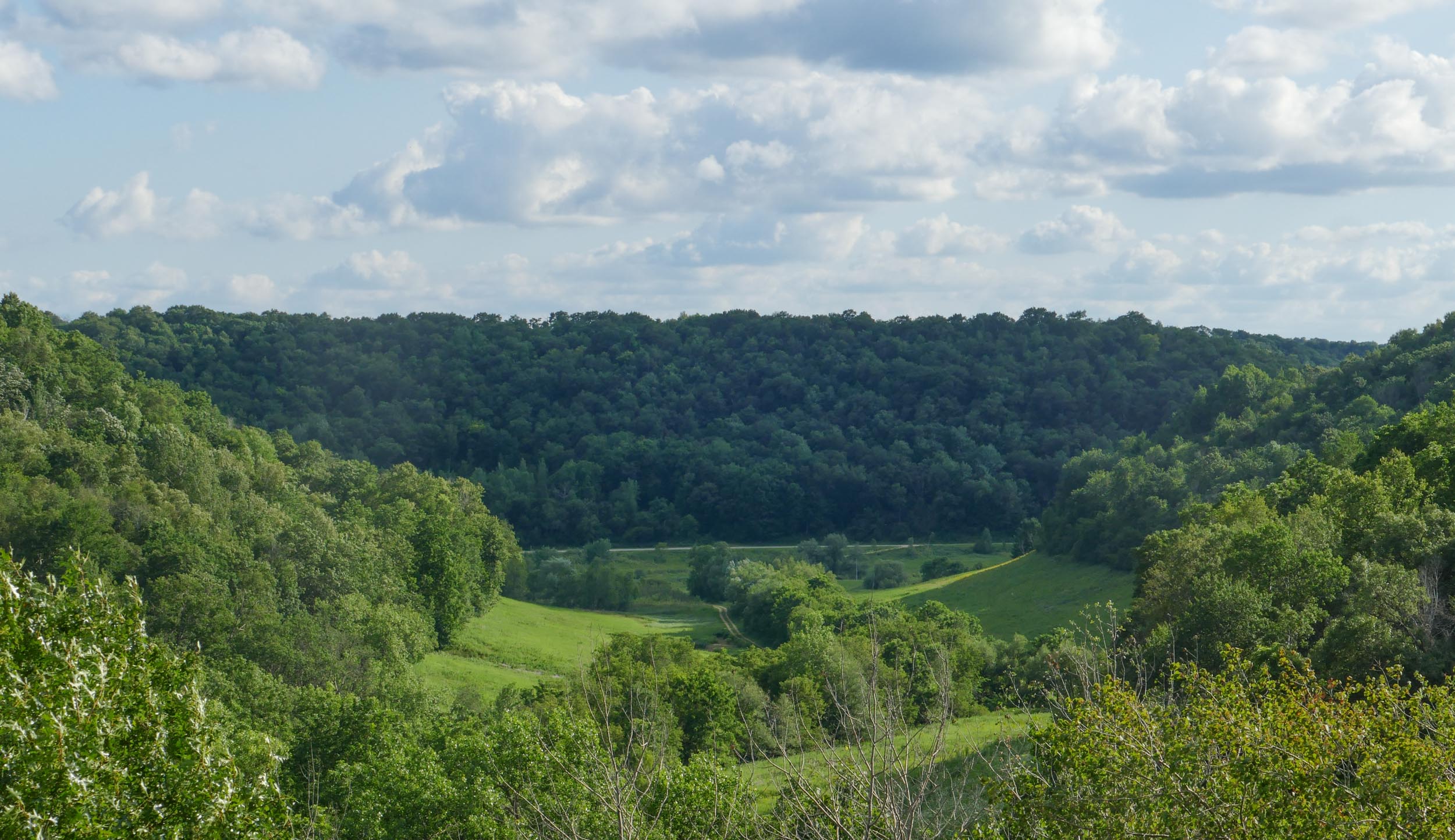