December and early January were relatively warm and most of our early snow melted. 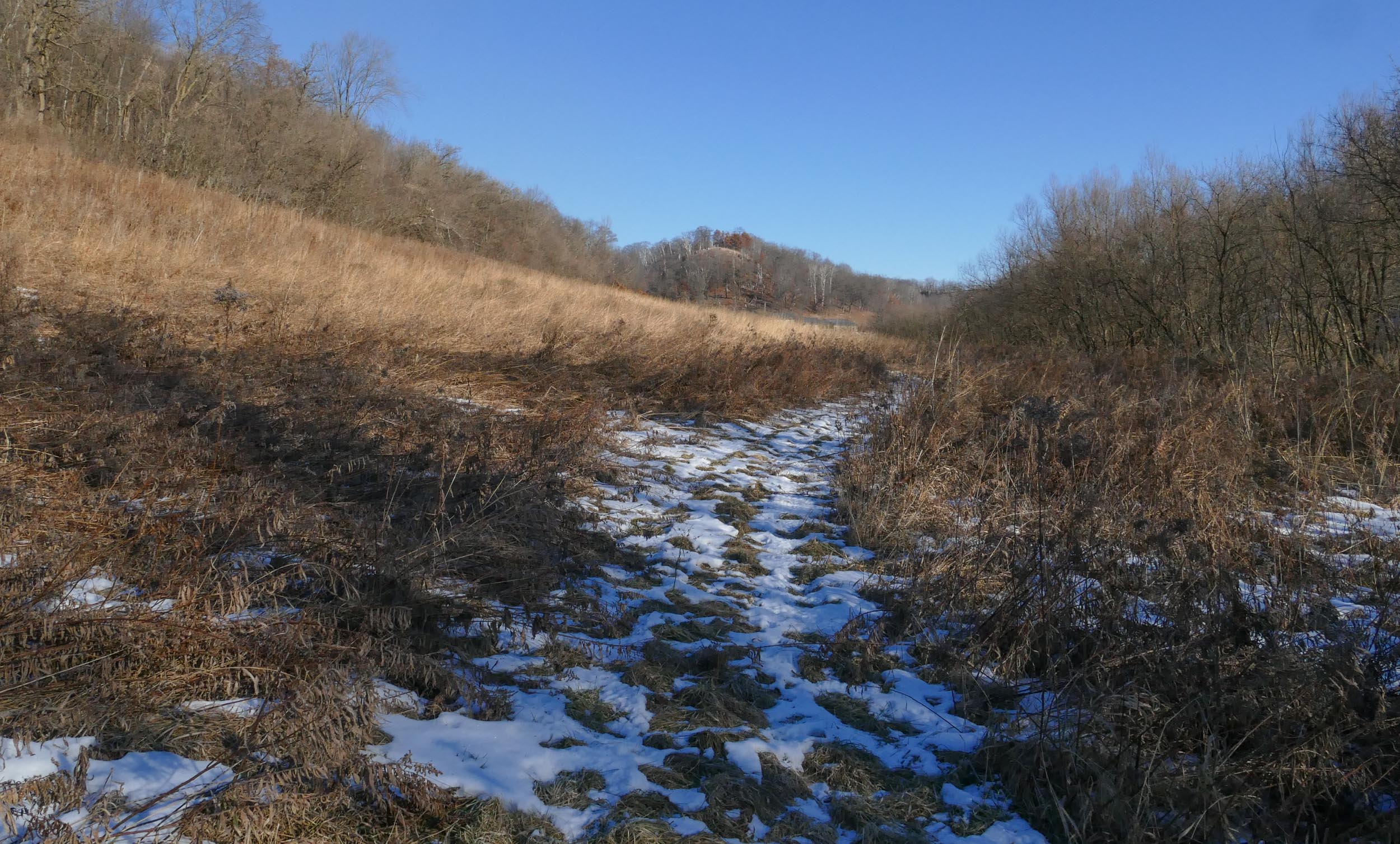 We were even able to work on some outside projects.

‘Ku-le Region Forestry came to work on Pine Point hillside – clearing out the brushy growth that came in after we had the pines logged in 2002.  They got one more big section done.

Here they are, cutting and burning brush. 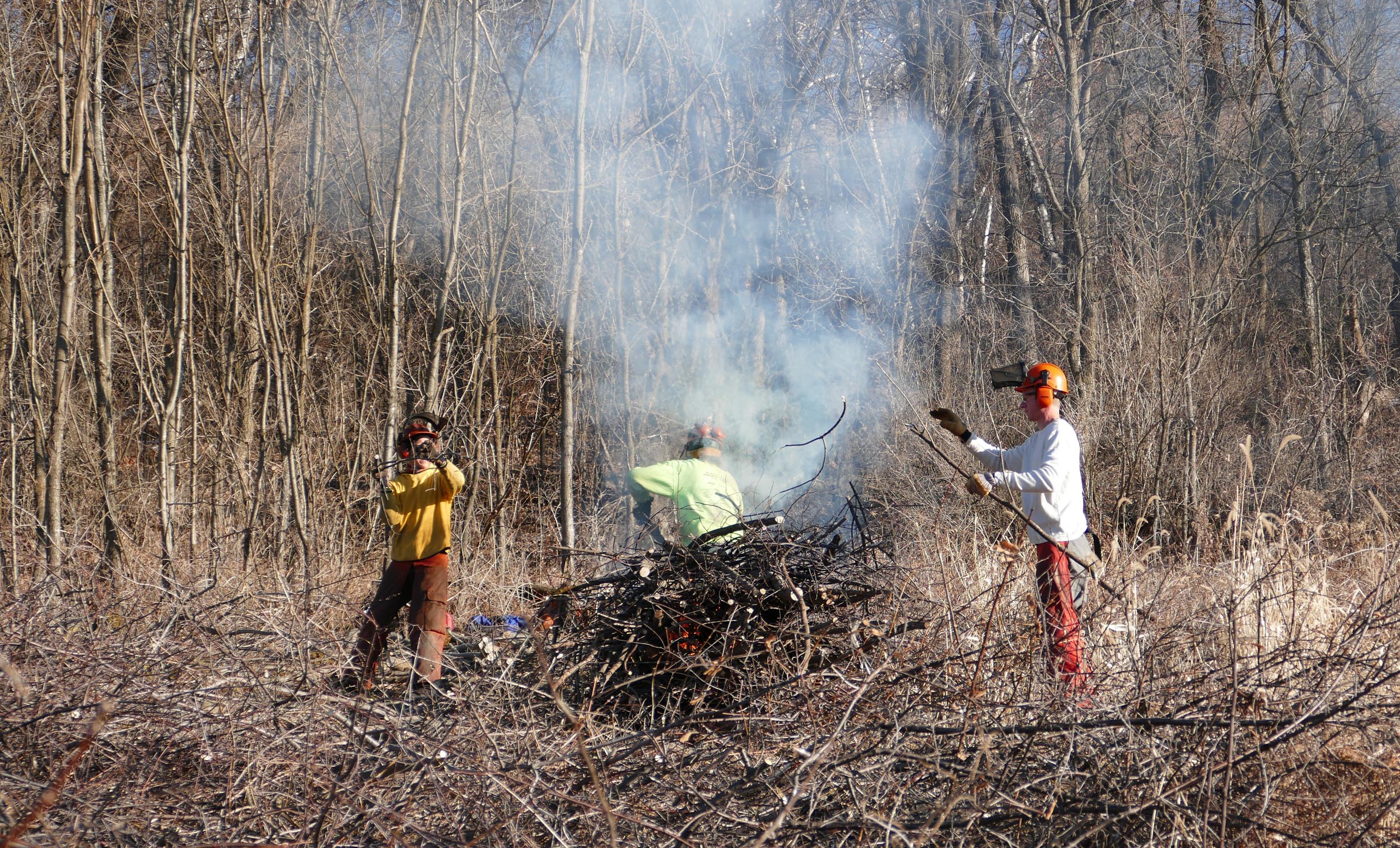 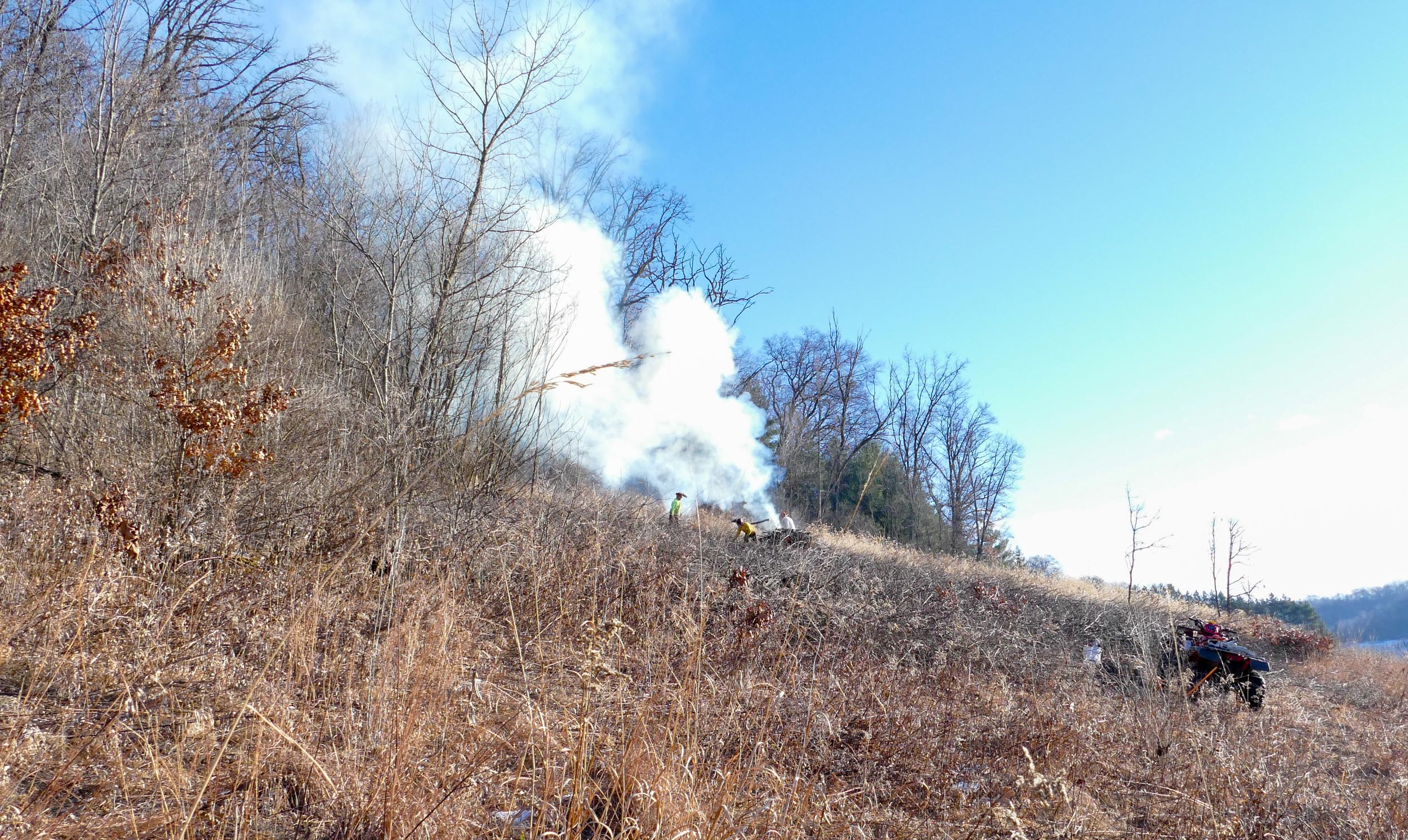 The cleared area with a sprinkling of snow 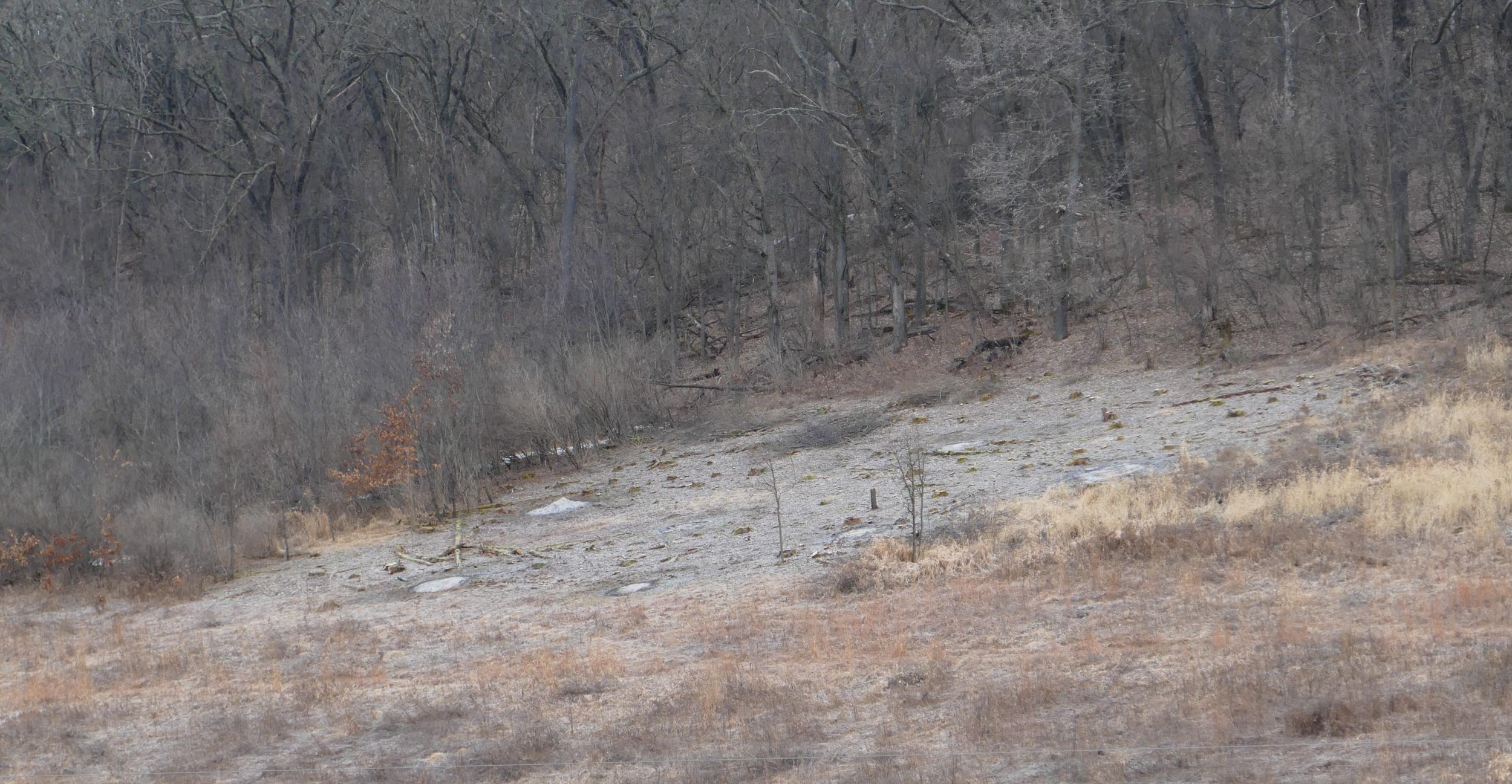 I worked on some steep hillsides cutting and treating honeysuckle, prickly ash and raspberries.  There was still snow in the woods, but it was mostly gone on the prairies.   This is the east-facing side of Indian Grass Point.  It was such a treat to be able to do this work in mid-winter! 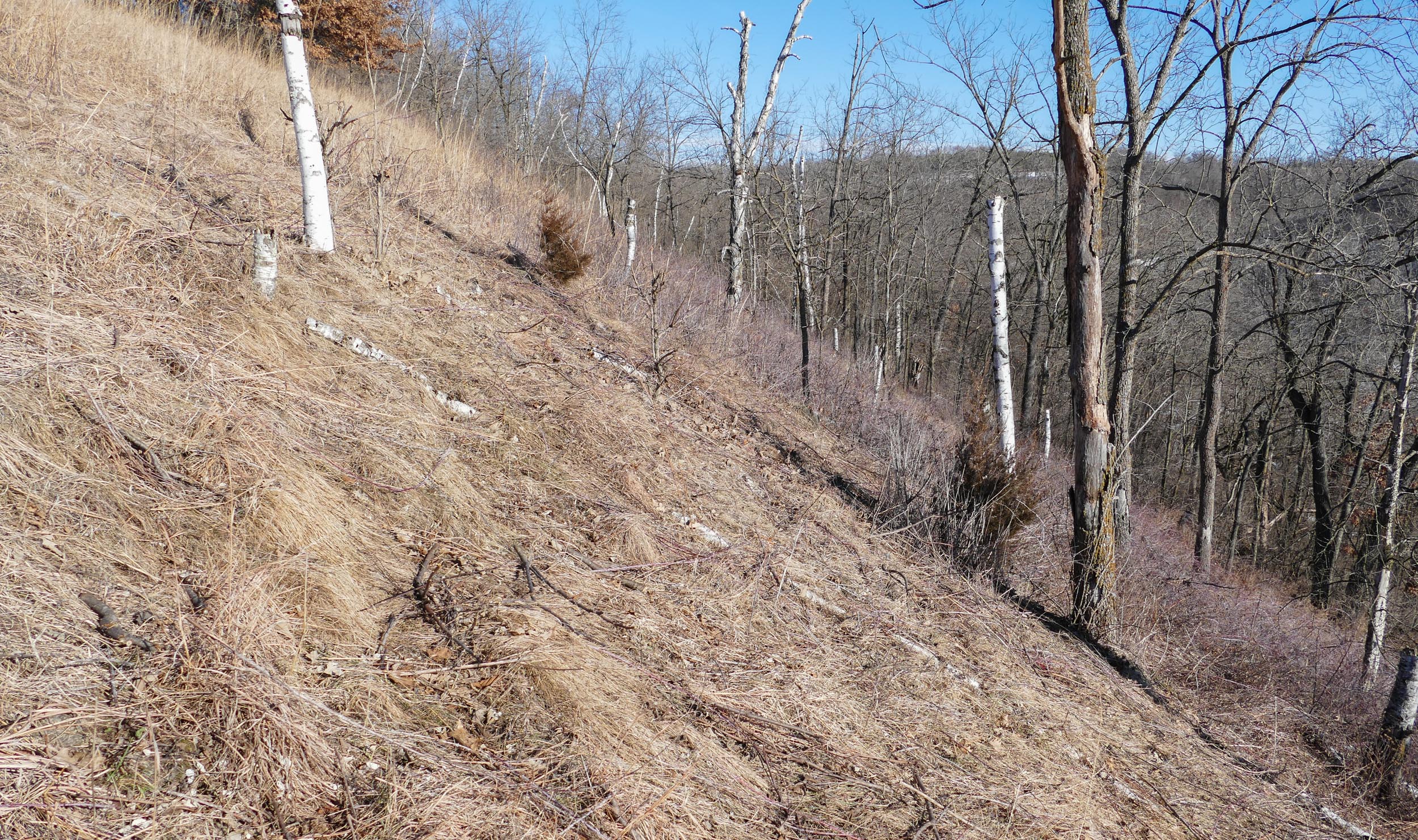 It was so warm that the beavers came out and made a dam just below our bridge. 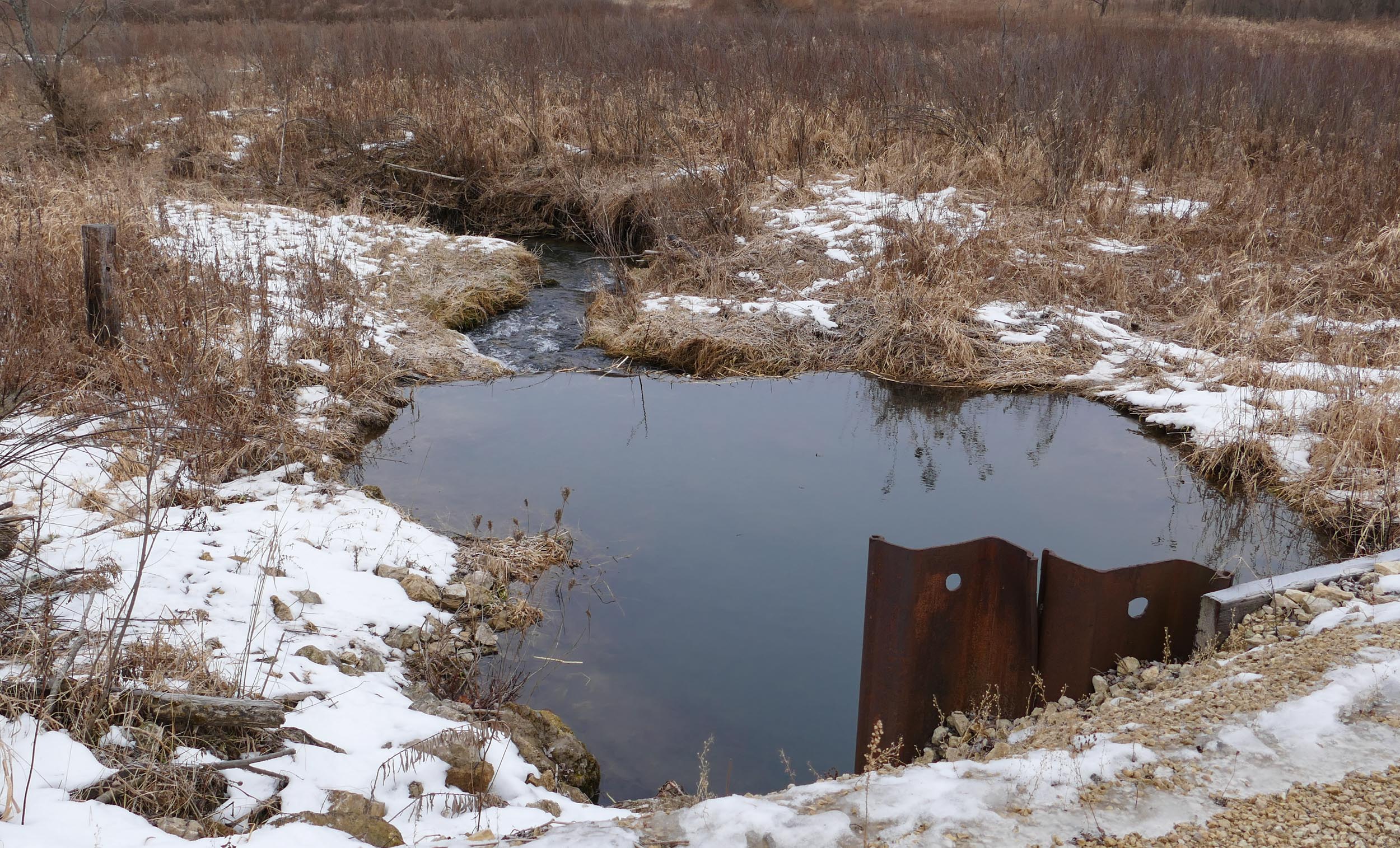 It turns out that taking out a beaver dam is fun even in winter.  The water is much warmer than the air, so with many layers, and waders, being in the creek is no problem. 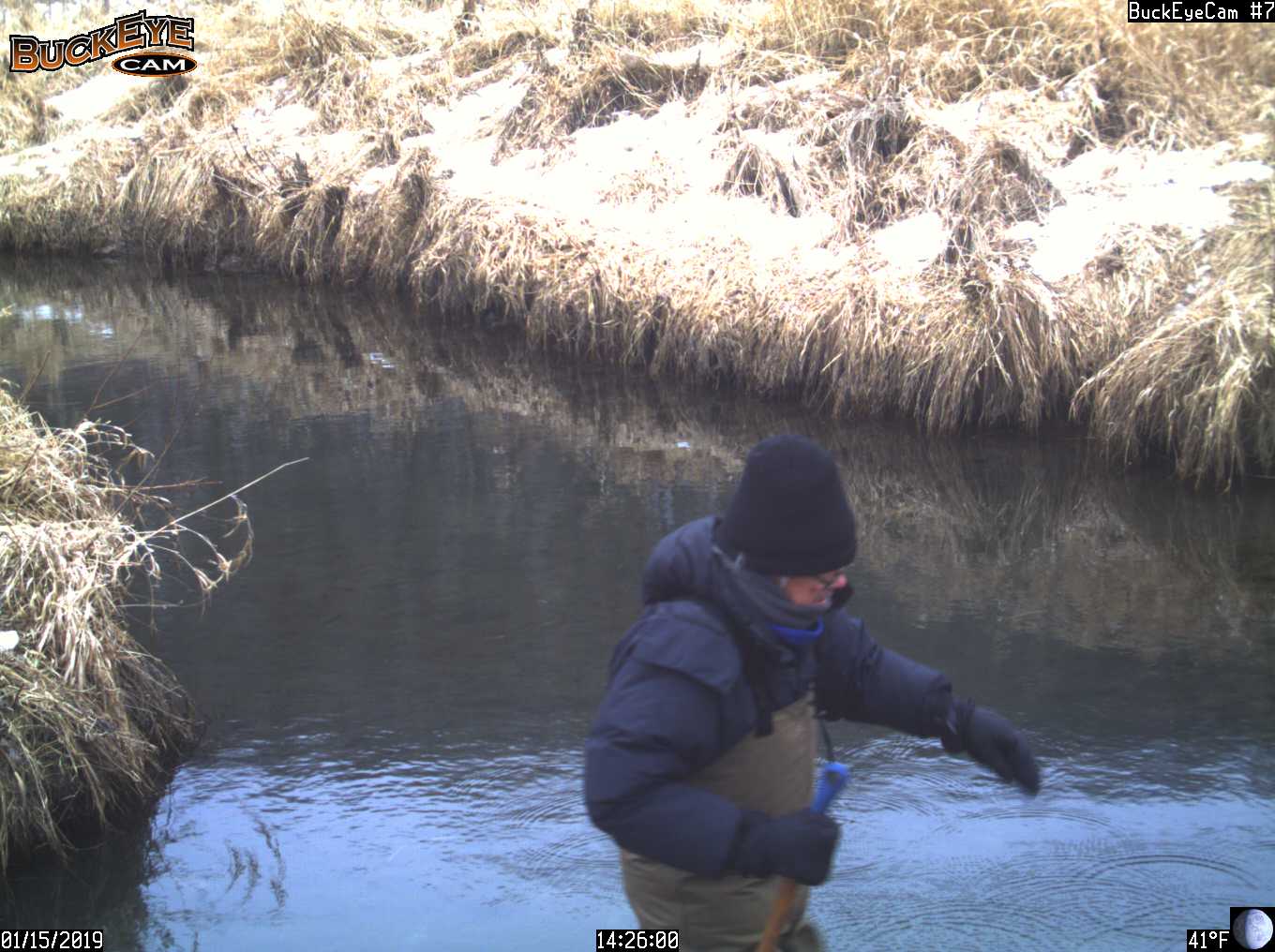 The beavers have stashed a winter food supply upstream from the bridge.  It’s still there – we’re hoping they decide that would be a good place for a new dam.  It would be great for us – it would make a lake that would attract wildlife, but wouldn’t threaten our driveway. 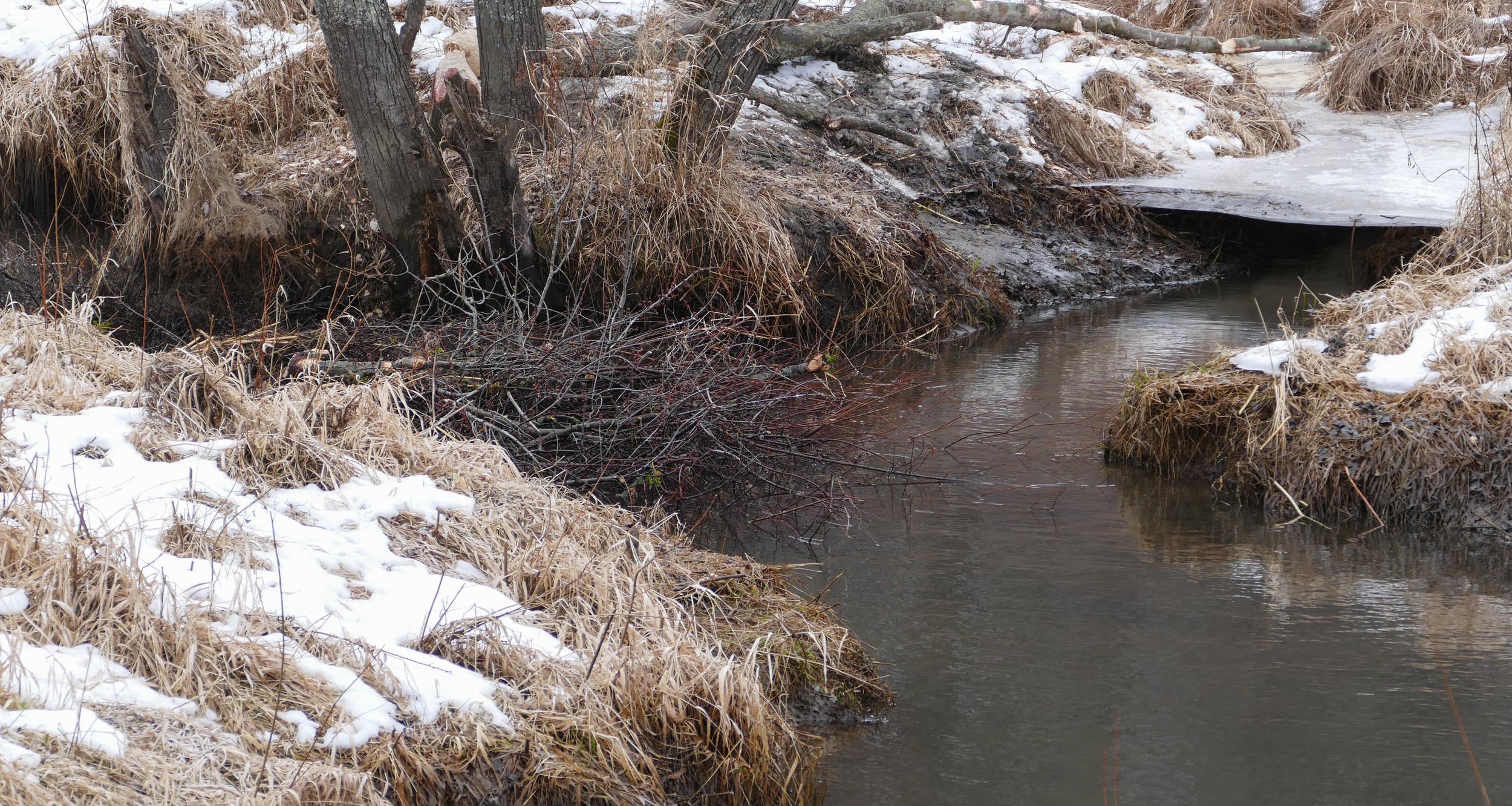 Deer like the snow-free spots.  This group has been spending nights on Indian Grass Point. 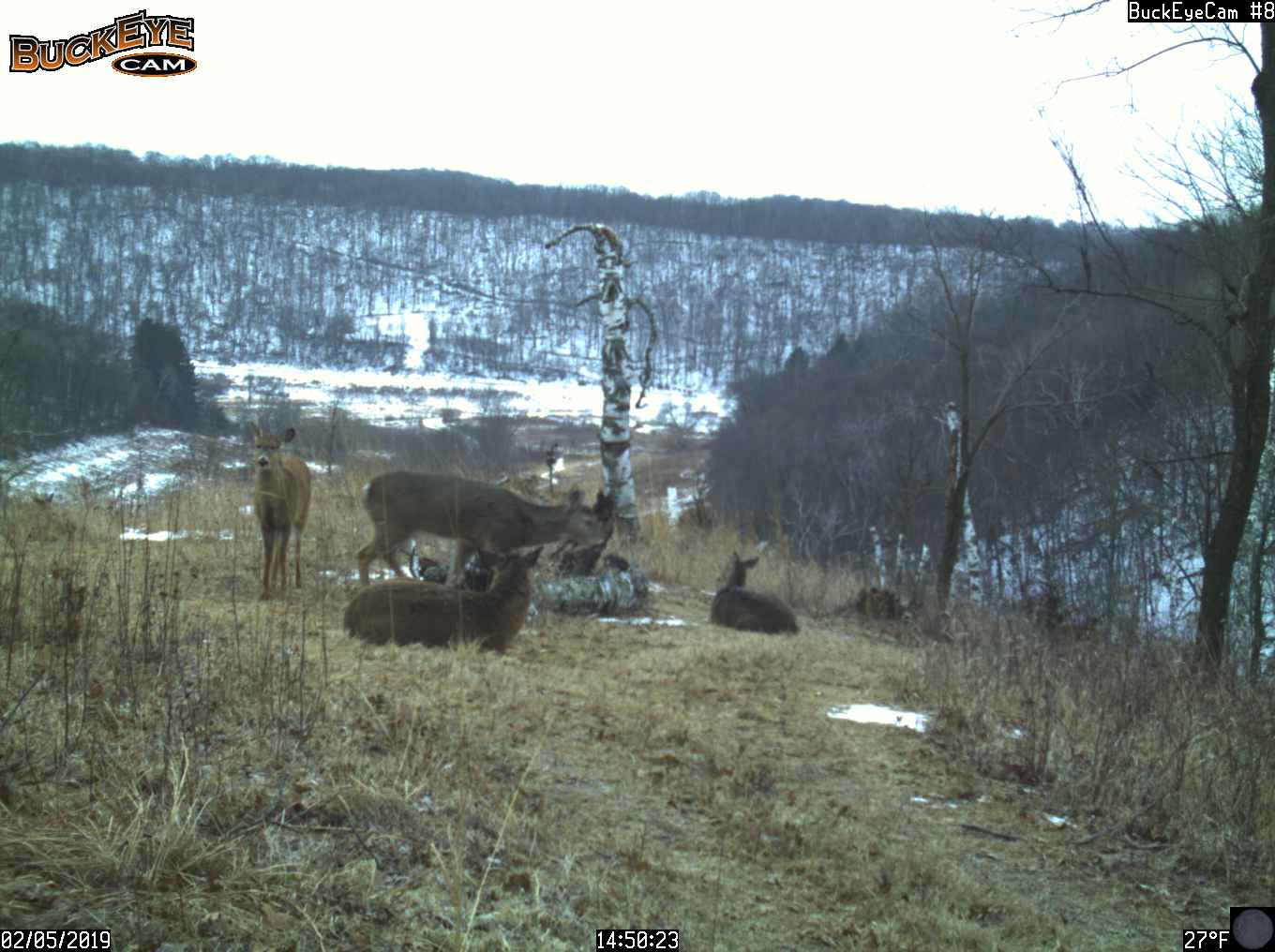 This one liked a warm sunny spot by the Hidden Oaks bench. 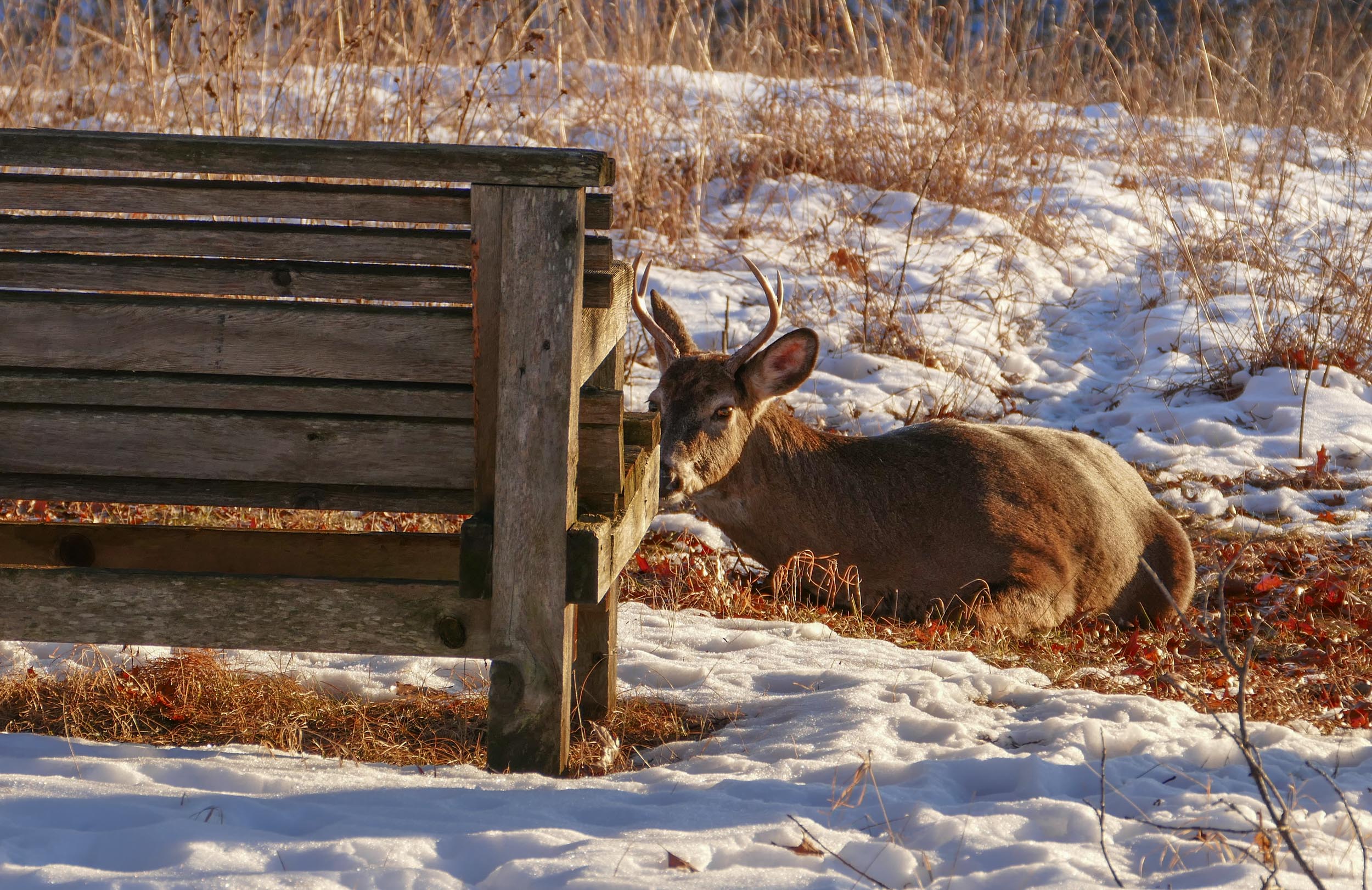 In mid January we started having more snow…. 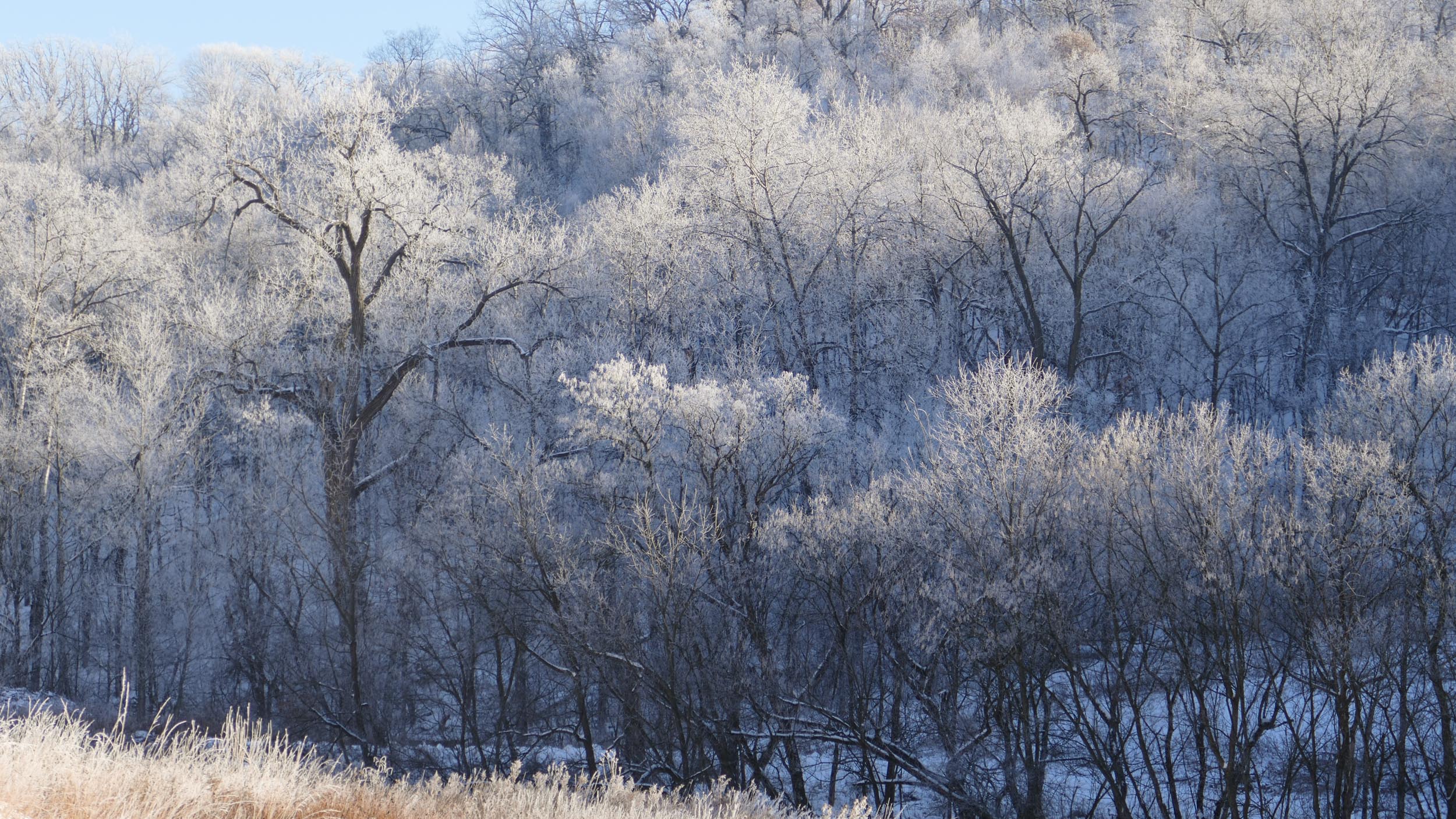 and more cold days.  Mist rises from the creek and fills the valley. 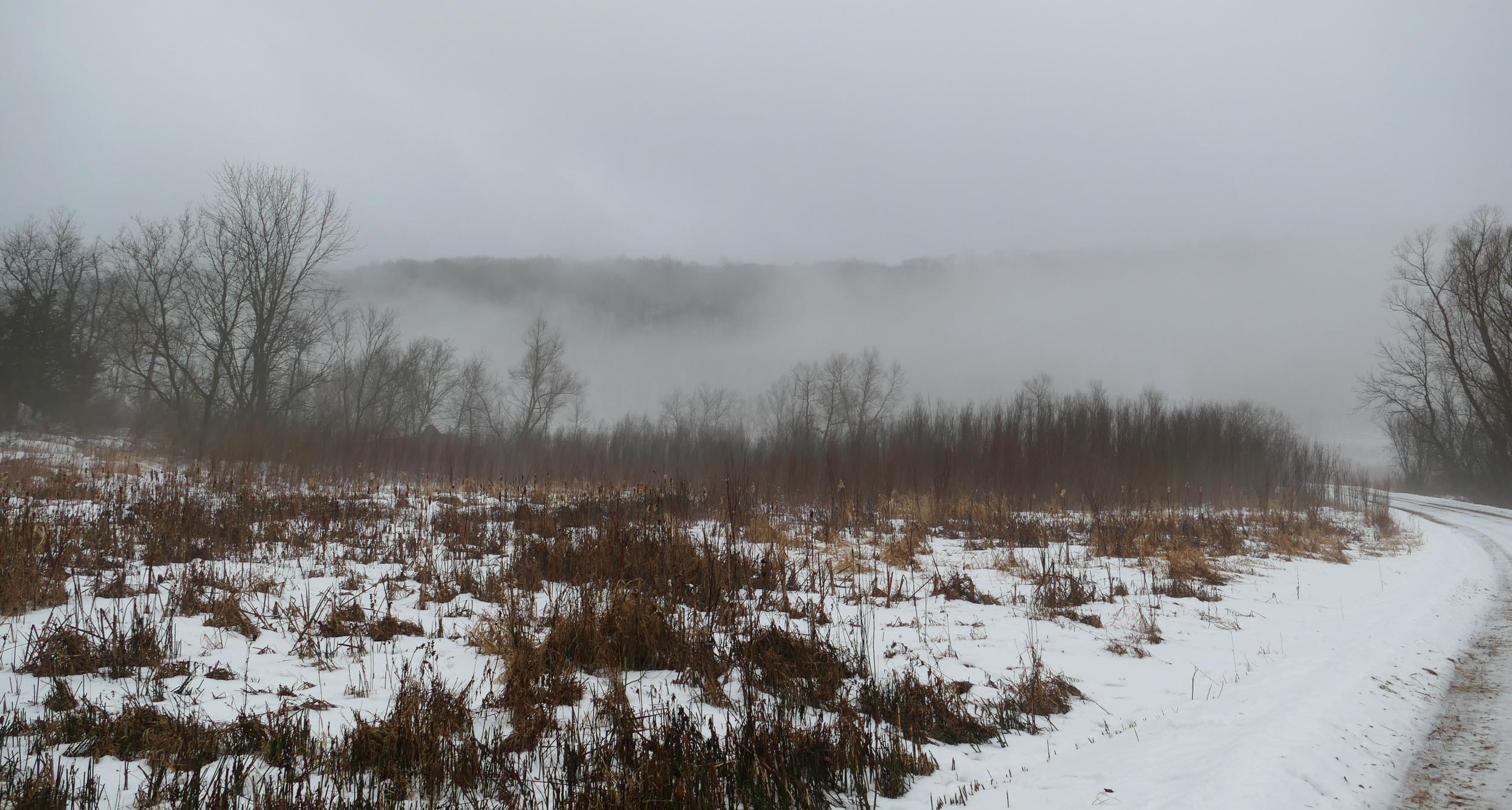 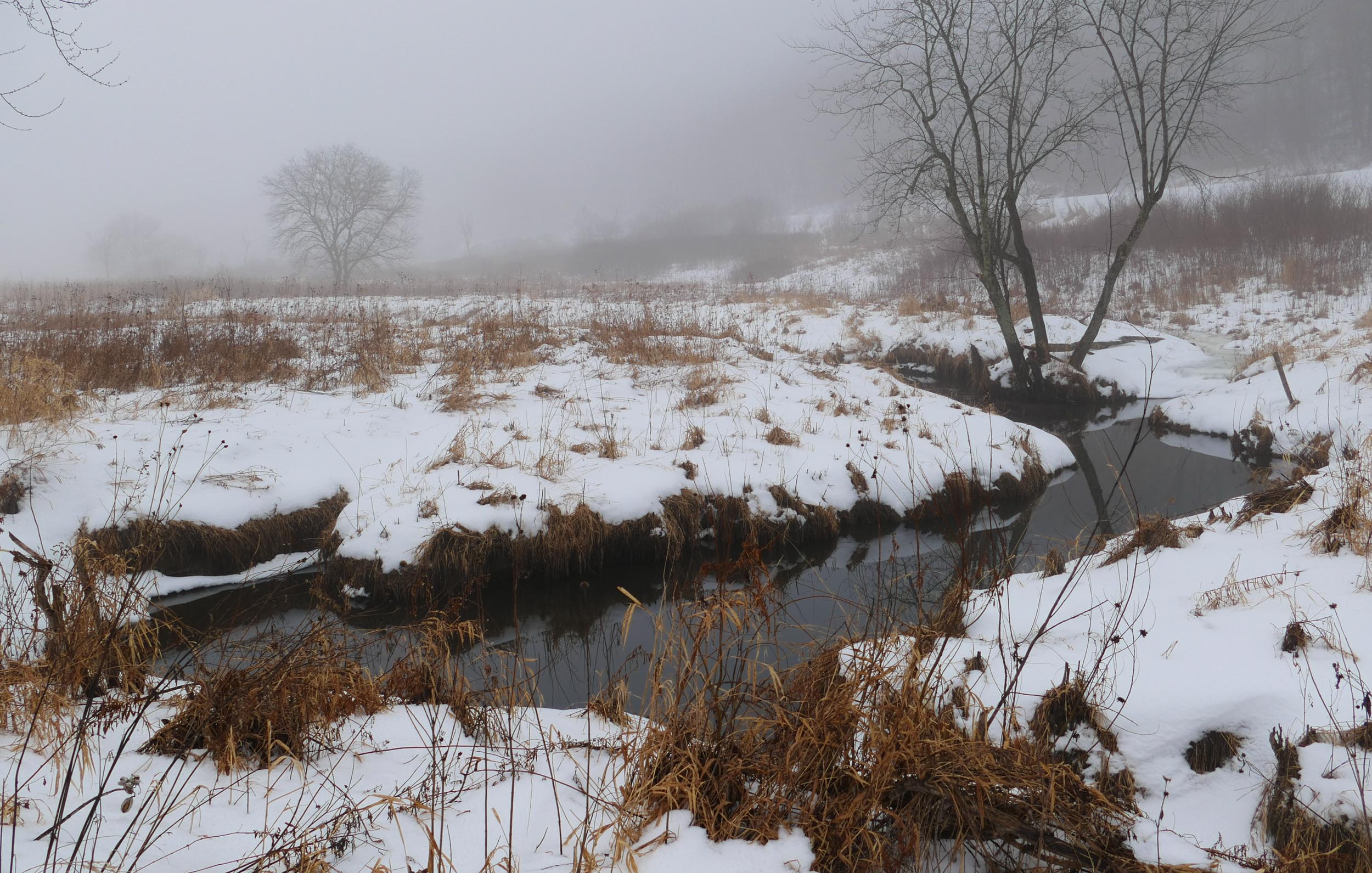 Then it got so cold that the creek started to freeze. 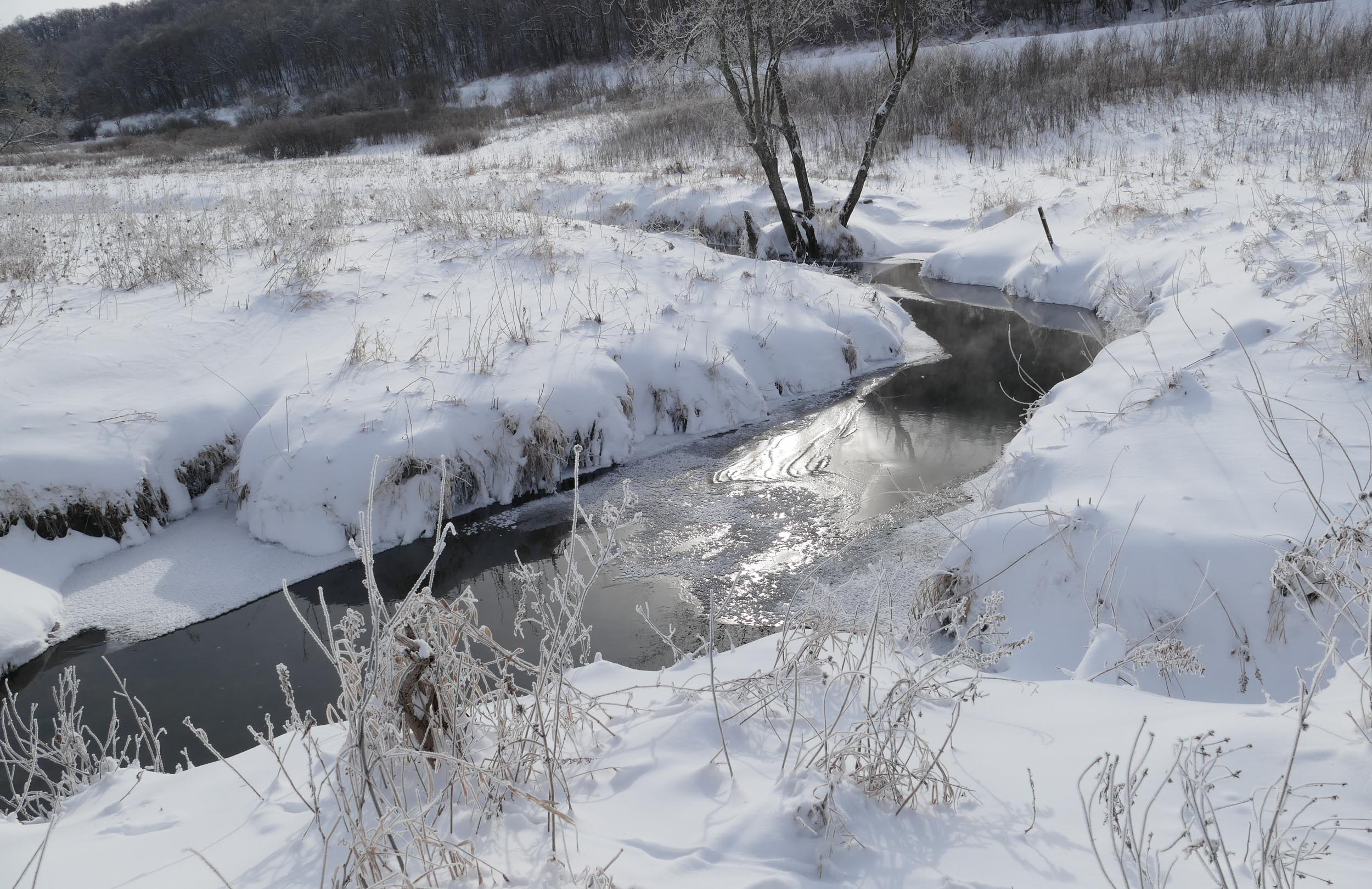 This was on the coldest morning – only -17 when the photo was taken, but the overnight low was -39.  This was the first time we’d seen the creek freeze all the way across.

Now we have more snow – with drifts along the driveway.

And the drift is piling up under the solar panels 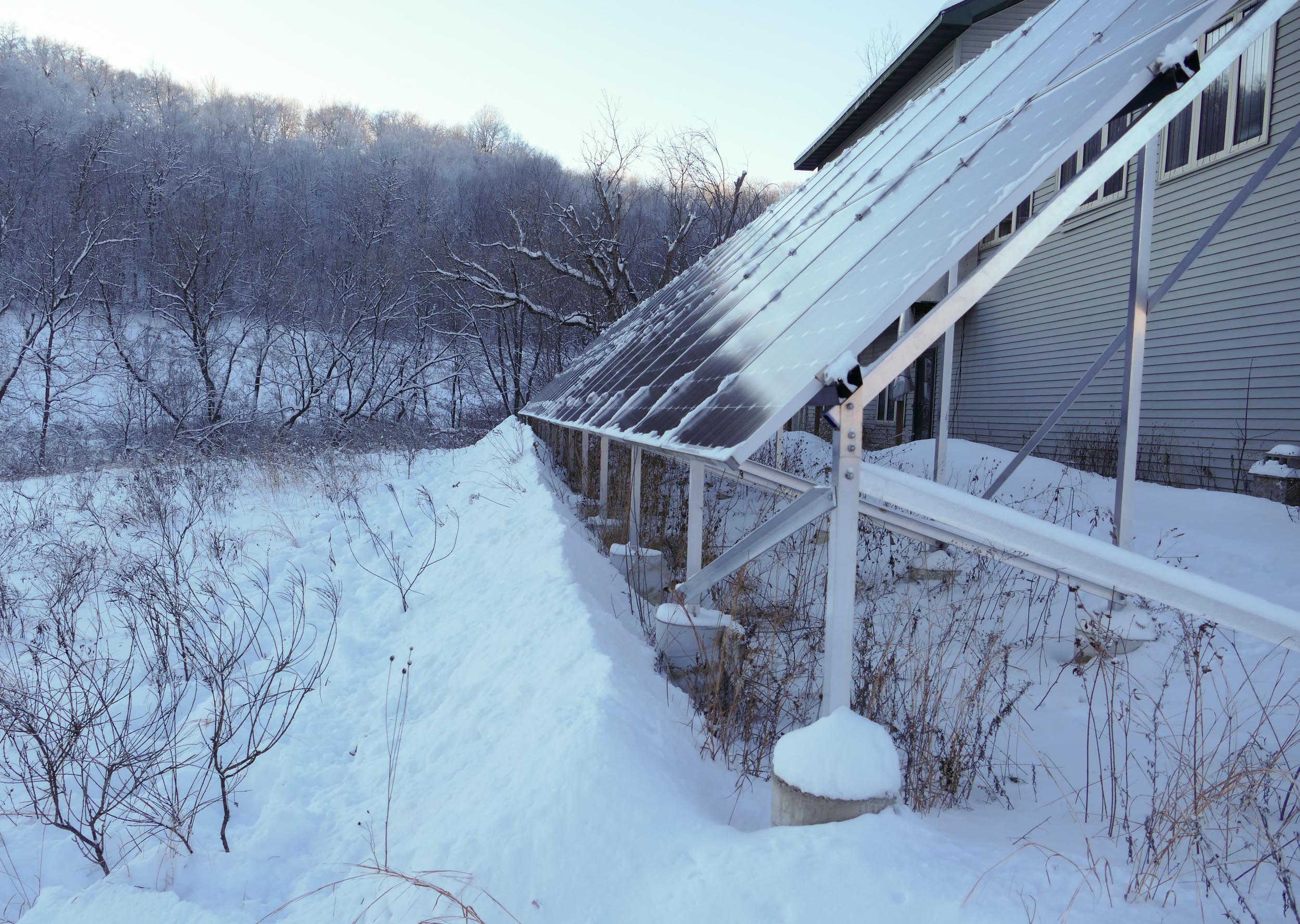 On cold mornings the birds look like Christmas ornaments in the trees – waiting for their turn at the feeders. 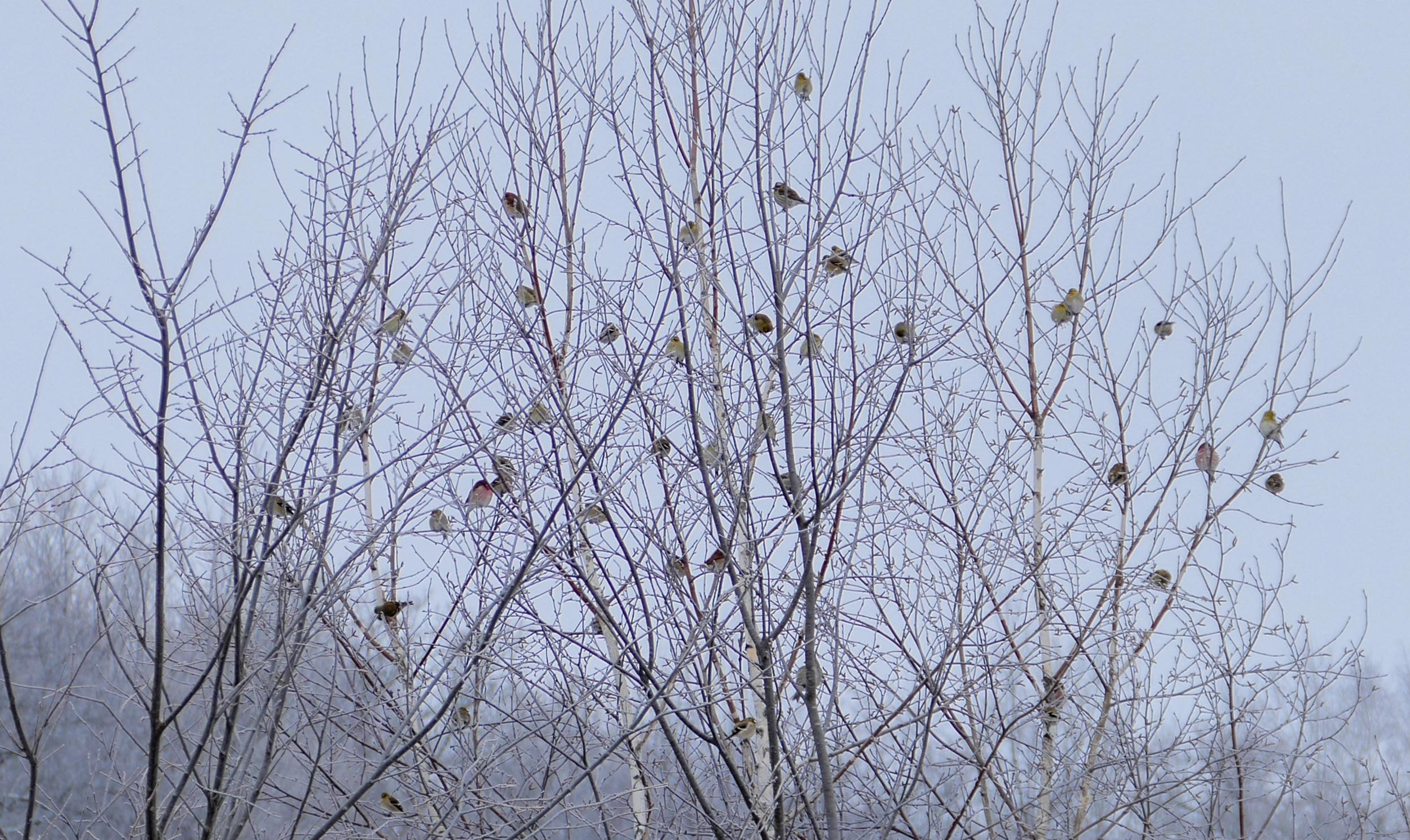 This snag is a favorite perch for two Bald Eagles – we see one or both of them there nearly every day.  It’s right at the top of Maple Ridge, so they have a good view up and down the valley. 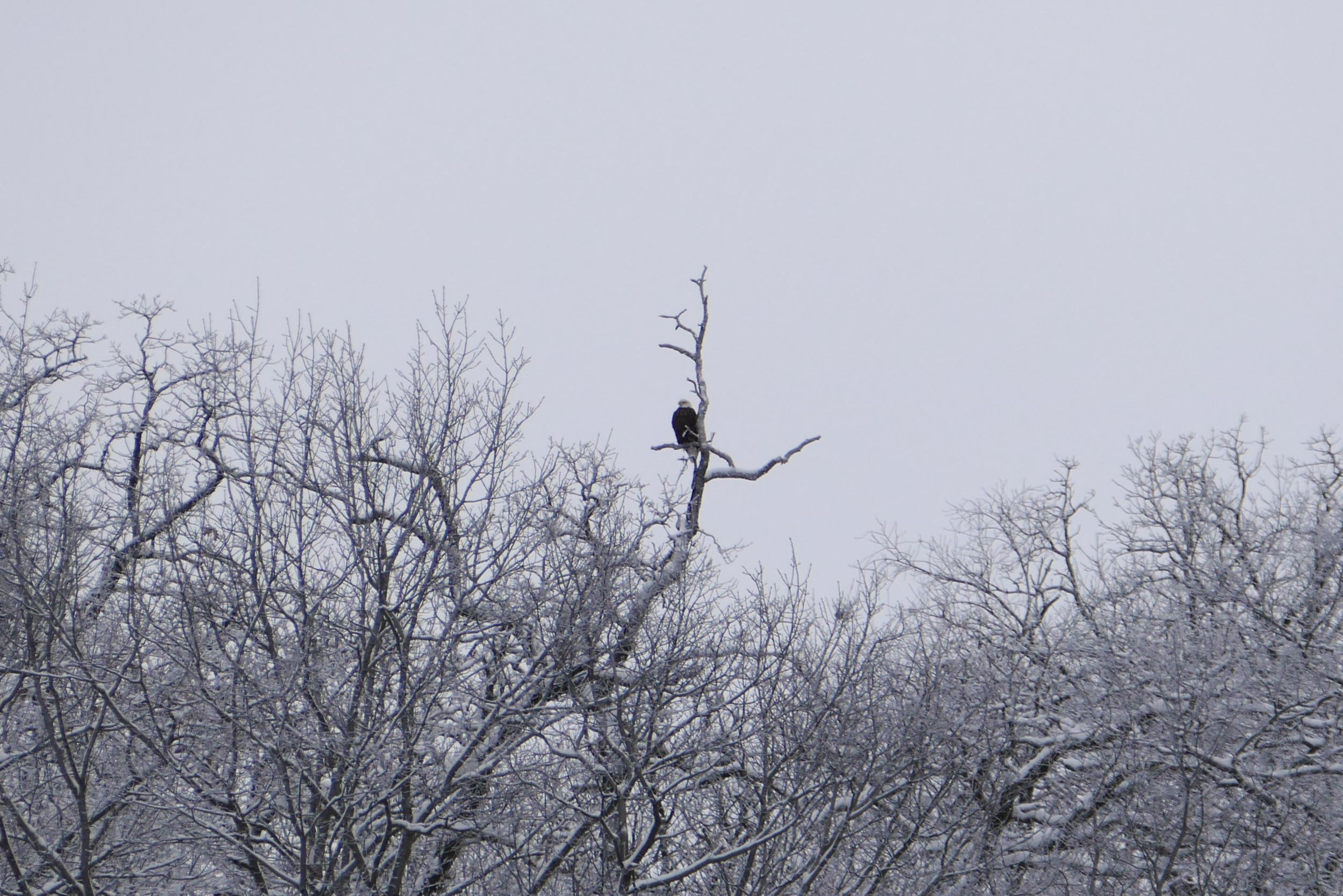 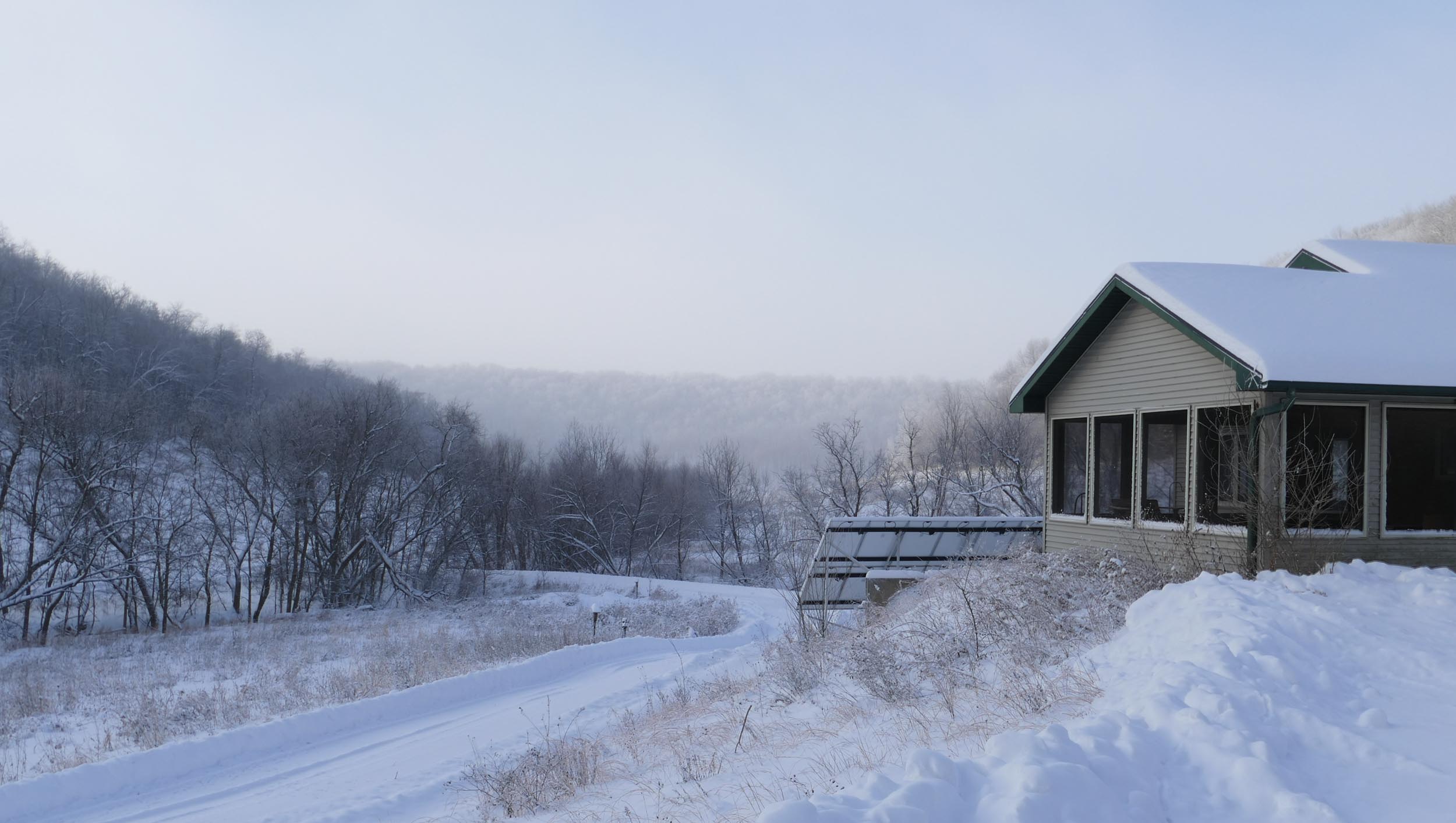 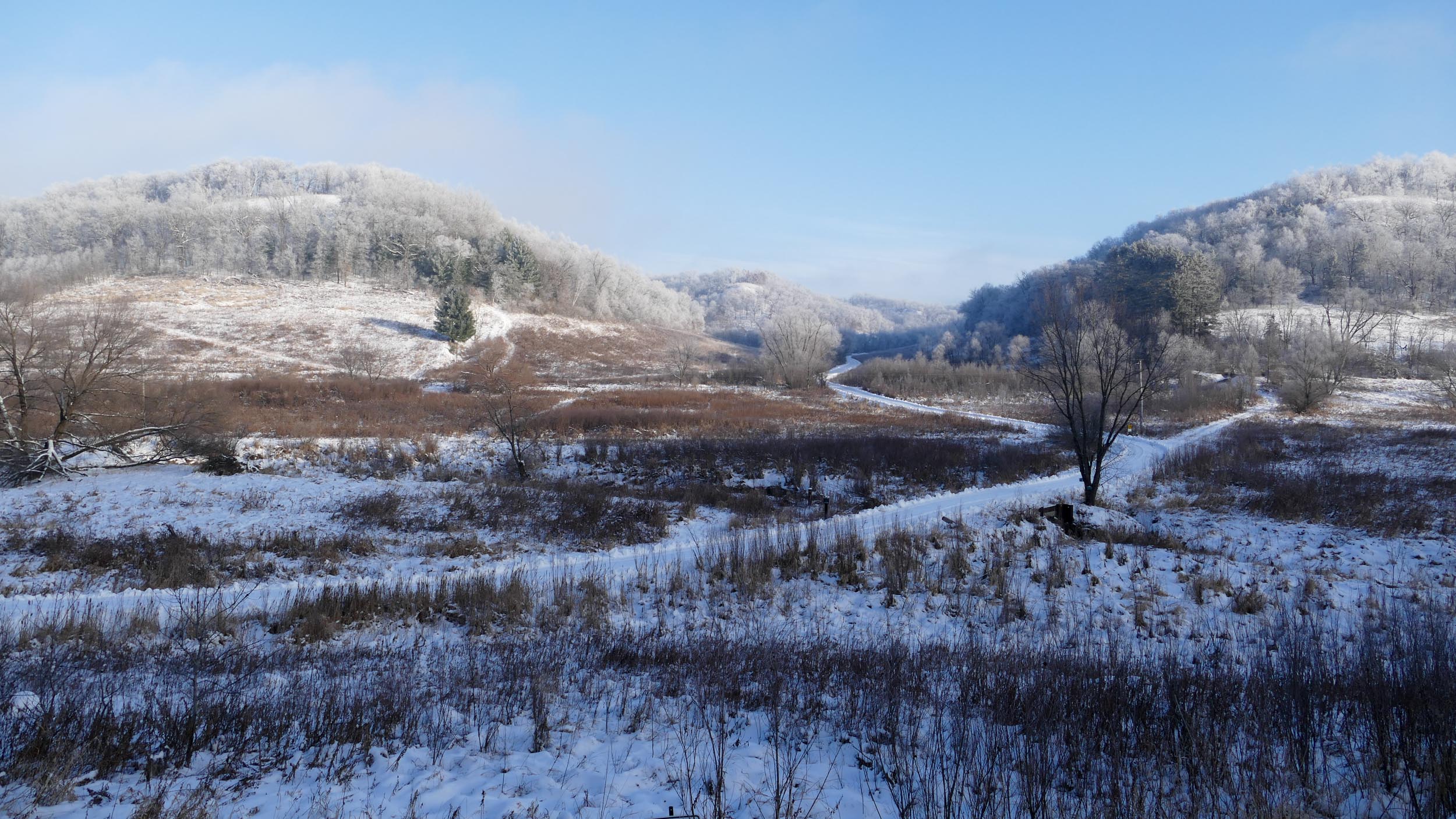