Suddenly it’s fall.  We had our first frost a few nights ago.  It didn’t last long – by the time it was really light, all the frost had disappeared. 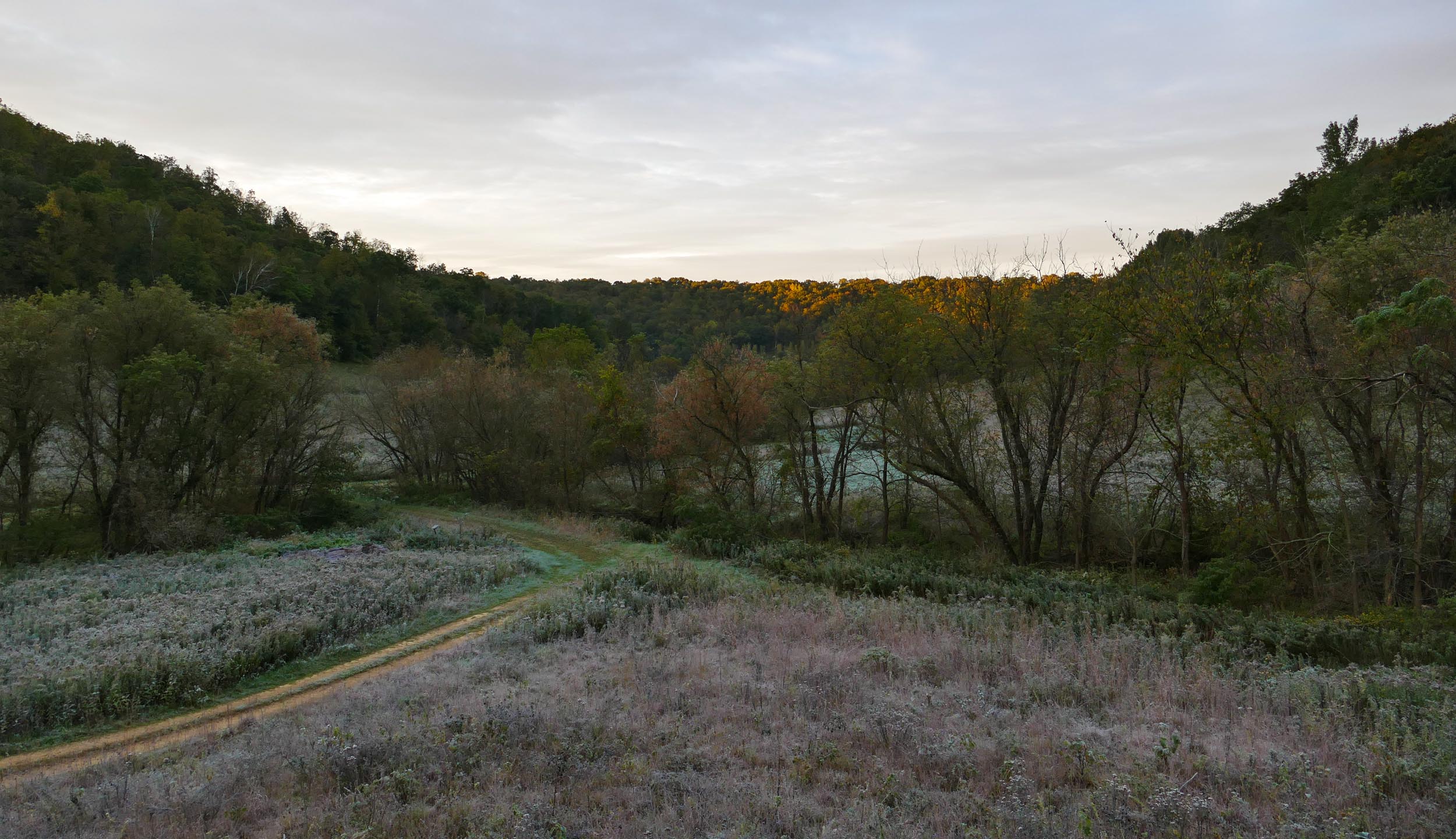 The prairies are turning brown with fall grasses, and they’re sprinkled with flowers of asters and goldenrod. 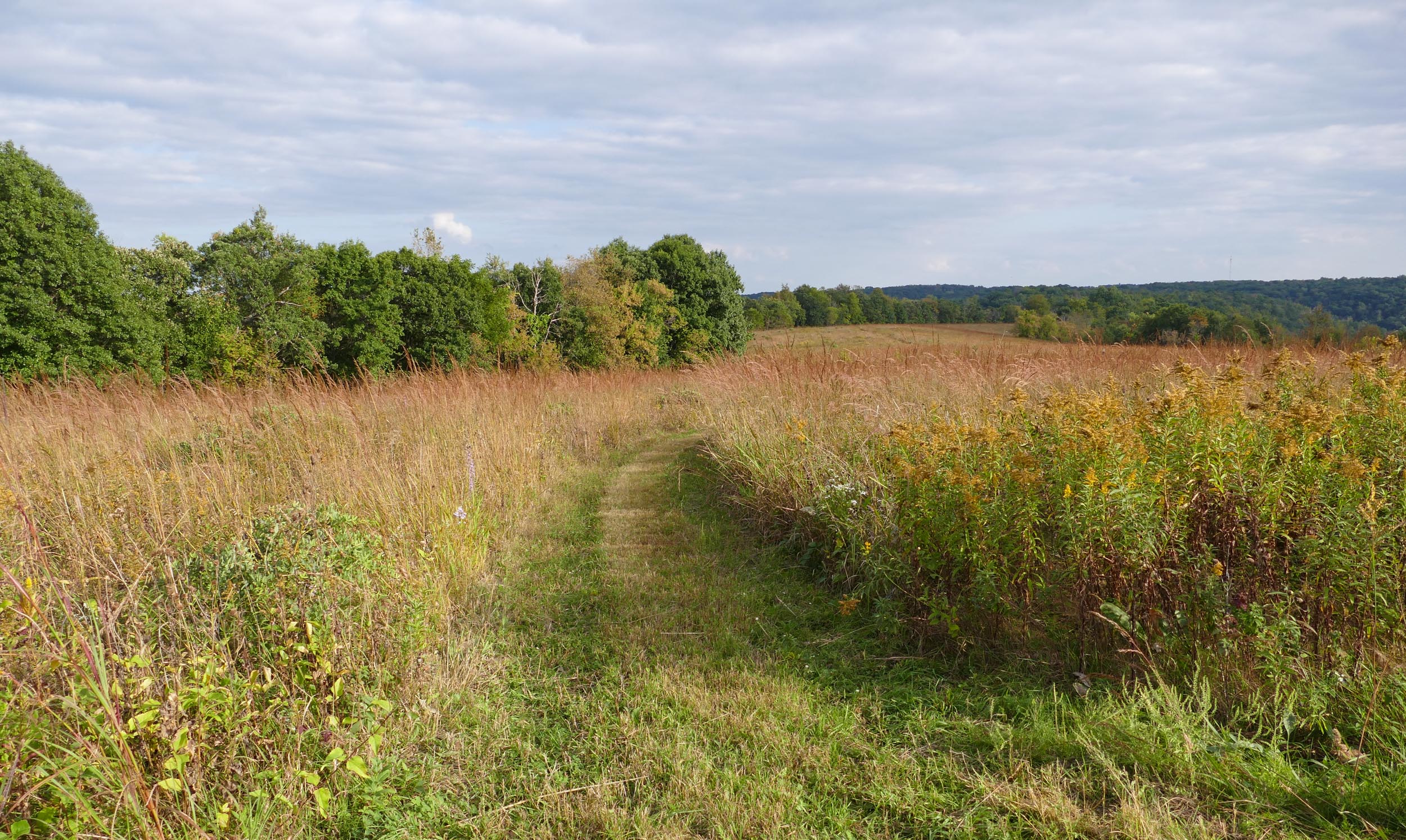 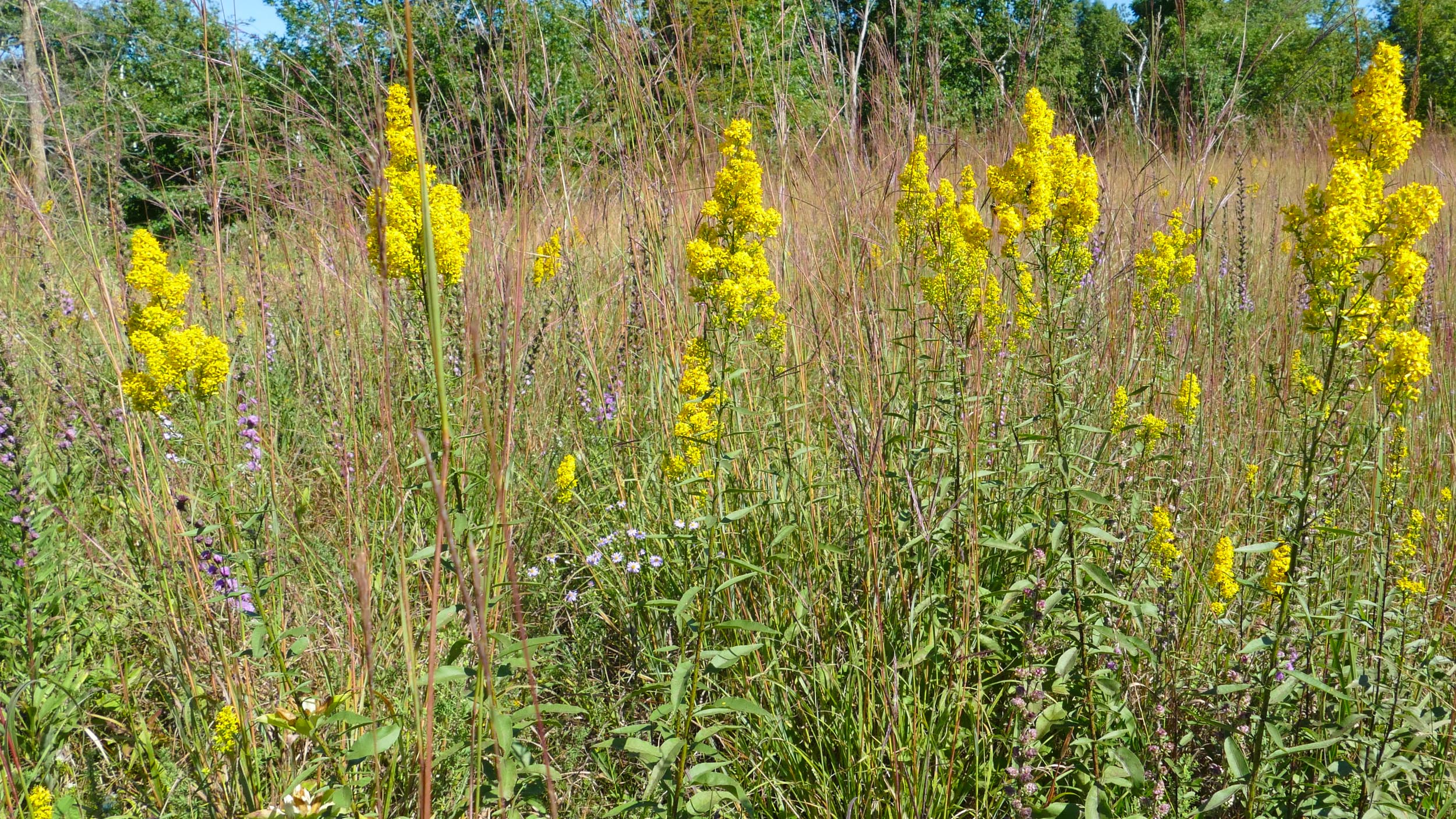 We’ve been counting Monarchs on our afternoon walks. 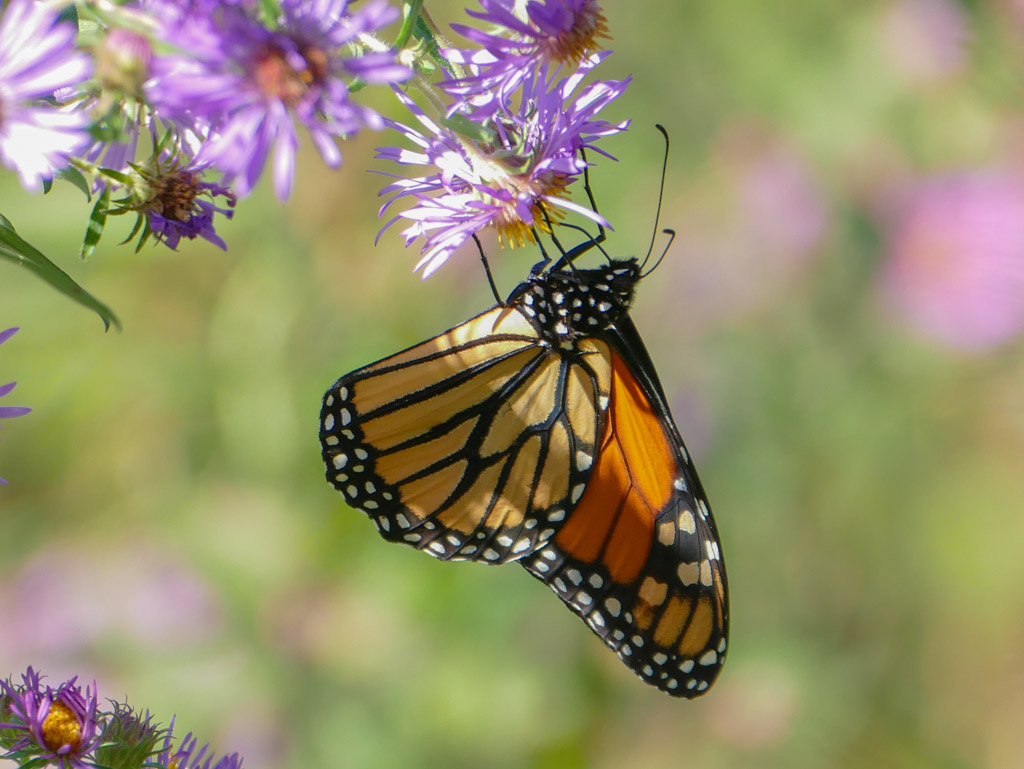 Since we walk the same way, and at nearly the same time almost every afternoon, the numbers we get are a pretty good indication of the size and progression of the migration in our part of Wisconsin.  Last year the peak of the migration was September 15, and that day we saw 39 Monarchs.  This year the peak was much earlier – September 1, and on that day we saw 301 Monarchs.  It gives us hope for the species – that this year will see an increase in its declining population.

We’ve noticed that in the early part of their migration, we nearly always see the Monarchs nectaring on Blazing Star.

Later, as the goldenrods start to bloom, the butterflies move to mostly Showy and Stiff Goldenrod. 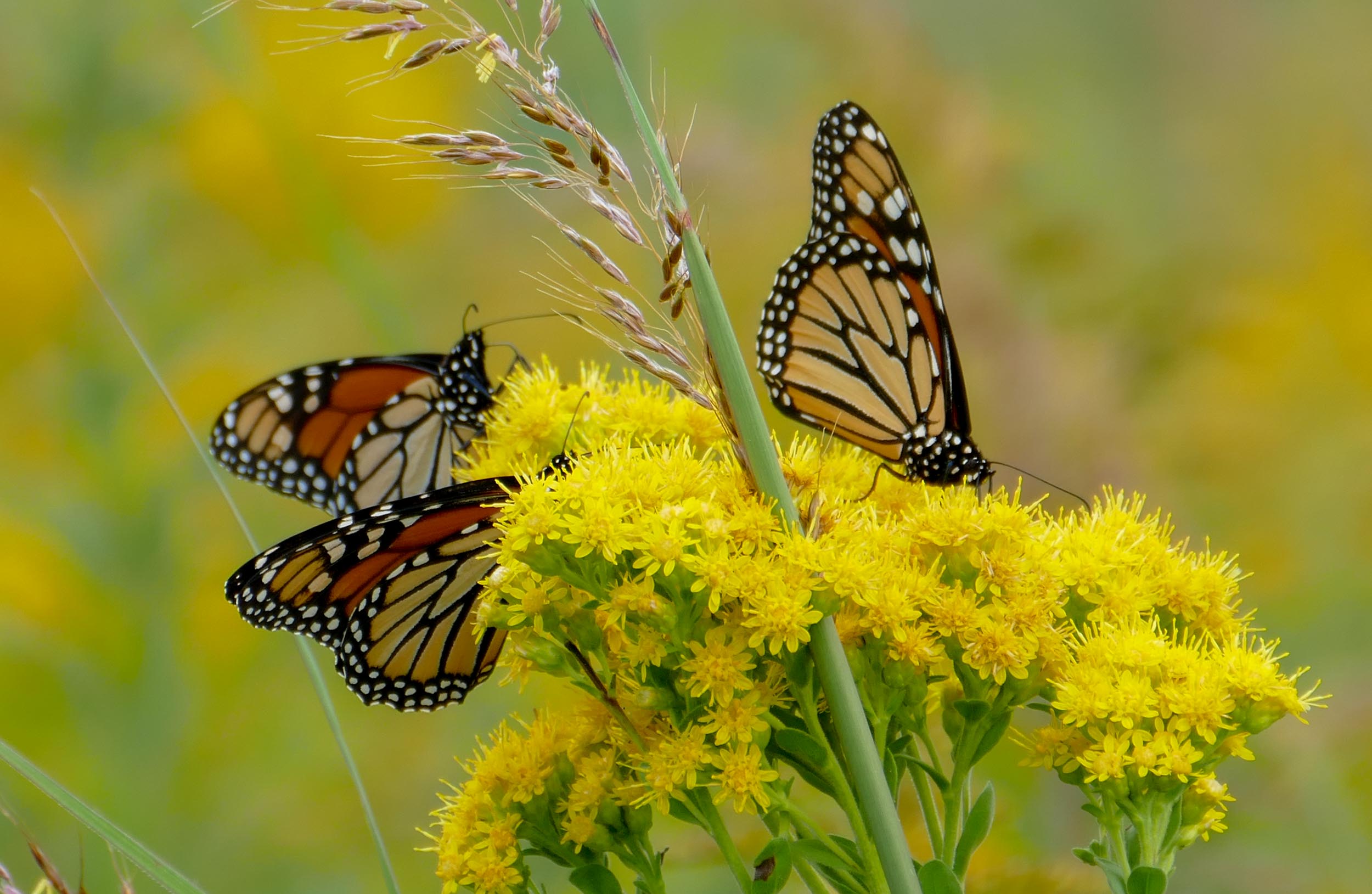 And now, near the end of their migration, they’re gathering on New England Aster. 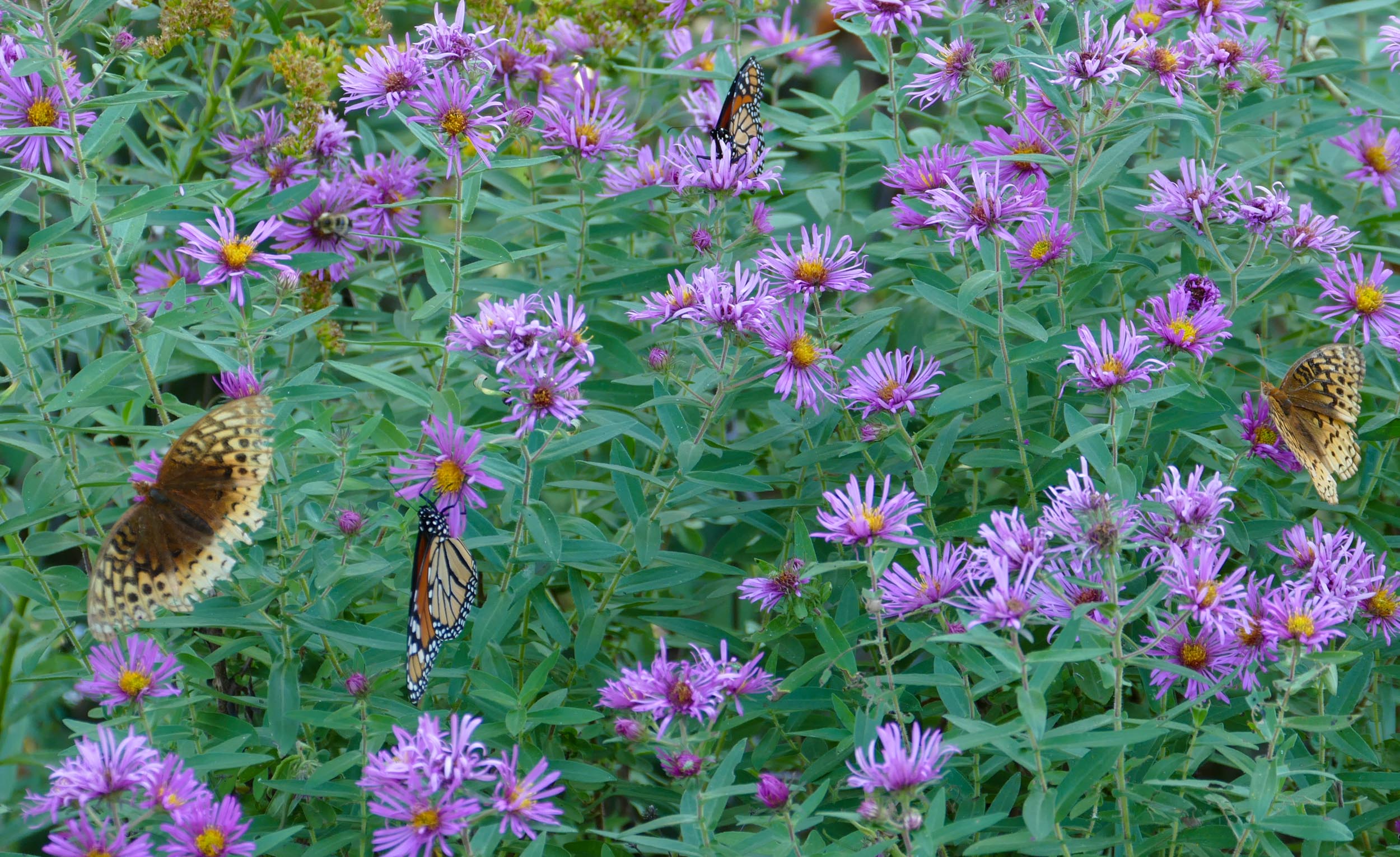 The flowers are still blooming, but now the Monarchs have moved on.

Other creatures are also interested in the late blossoms.

This is a Woolybear caterpillar eating Blazing Star flowers.  It will spend the winter as a caterpillar, pupate next spring, and emerge as an adult Isabella Moth. 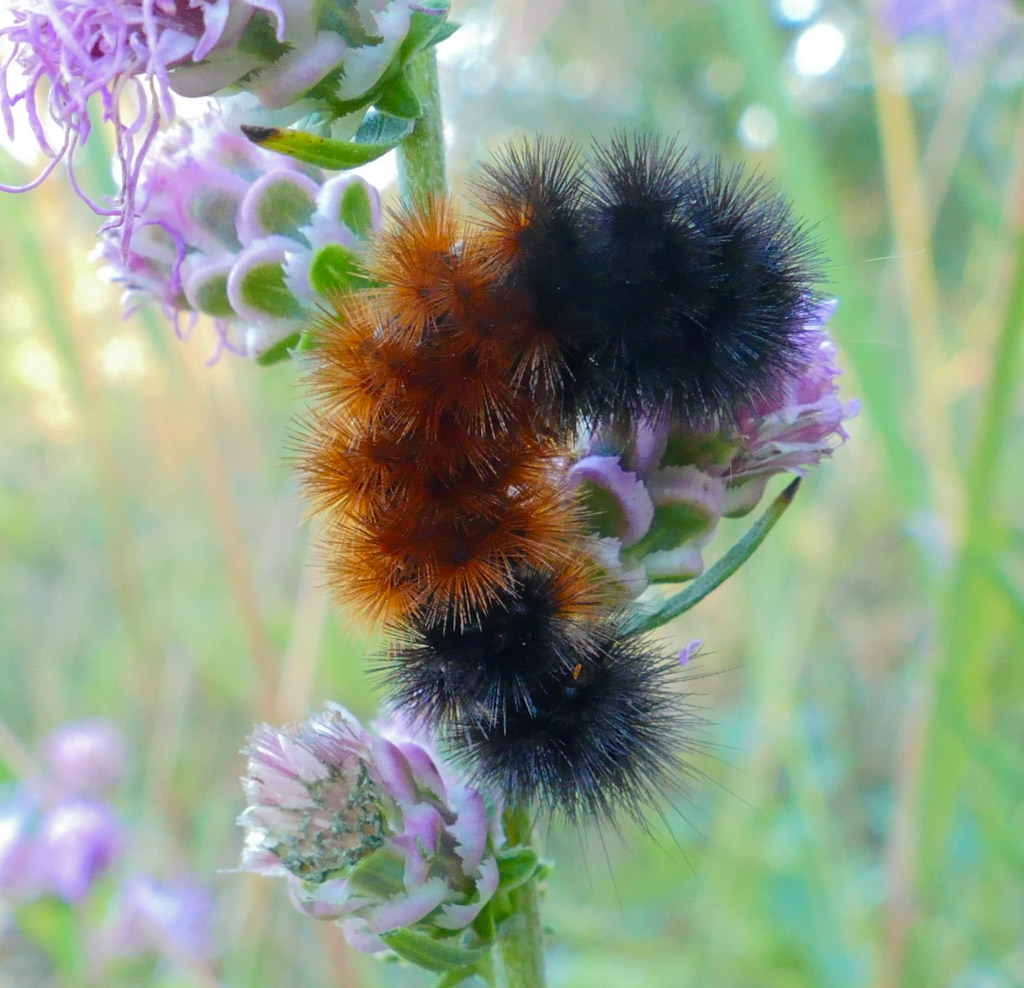 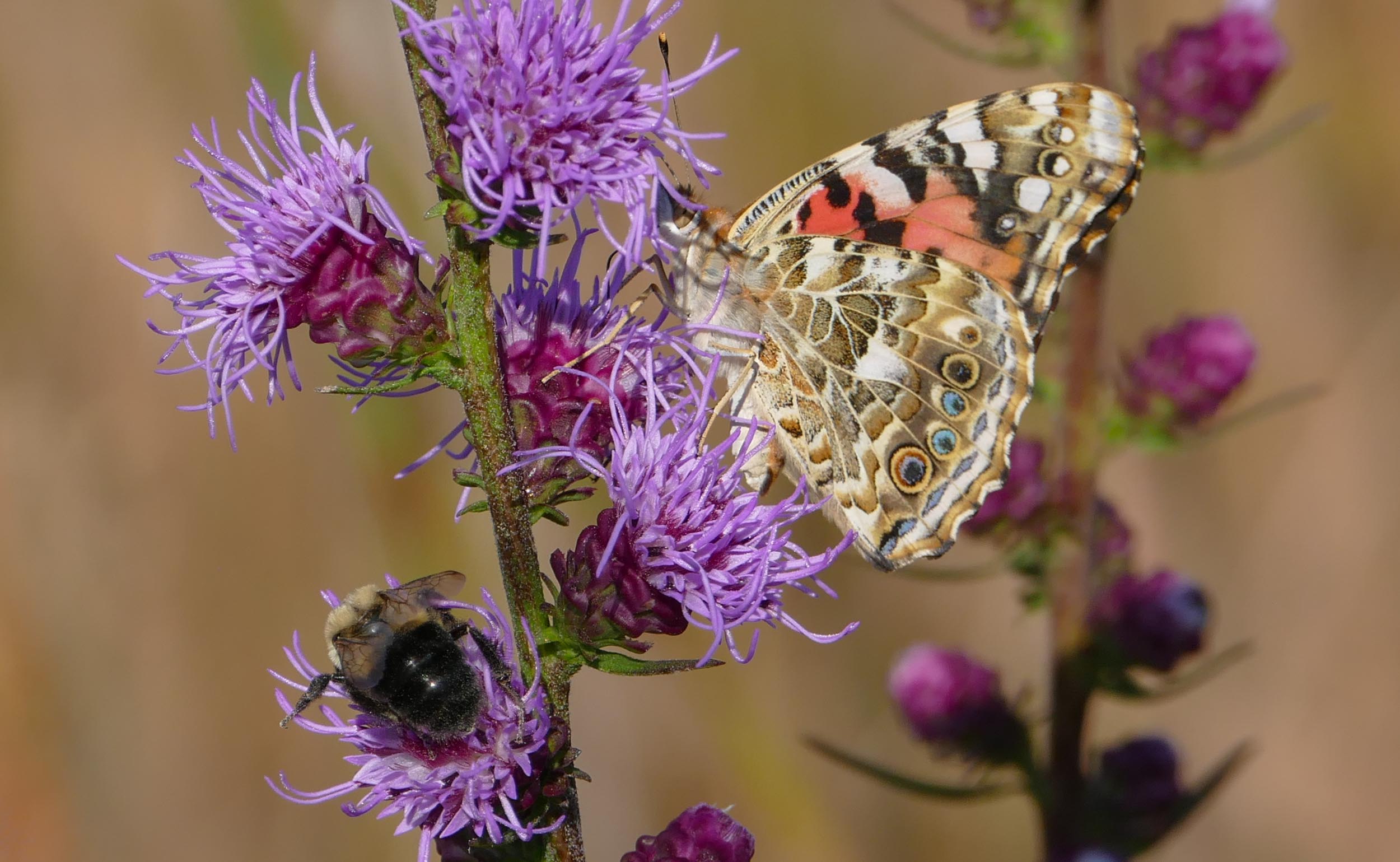 This Brown-eyed Susan plant has an unusual color variation.   I planted seeds of this species many years ago.   They’ve spread to many different places on the farm, but until now, they’ve always had all yellow flowers.

Turkey Vultures have also started to migrate.  We see large groups of them sailing over the hills heading south. 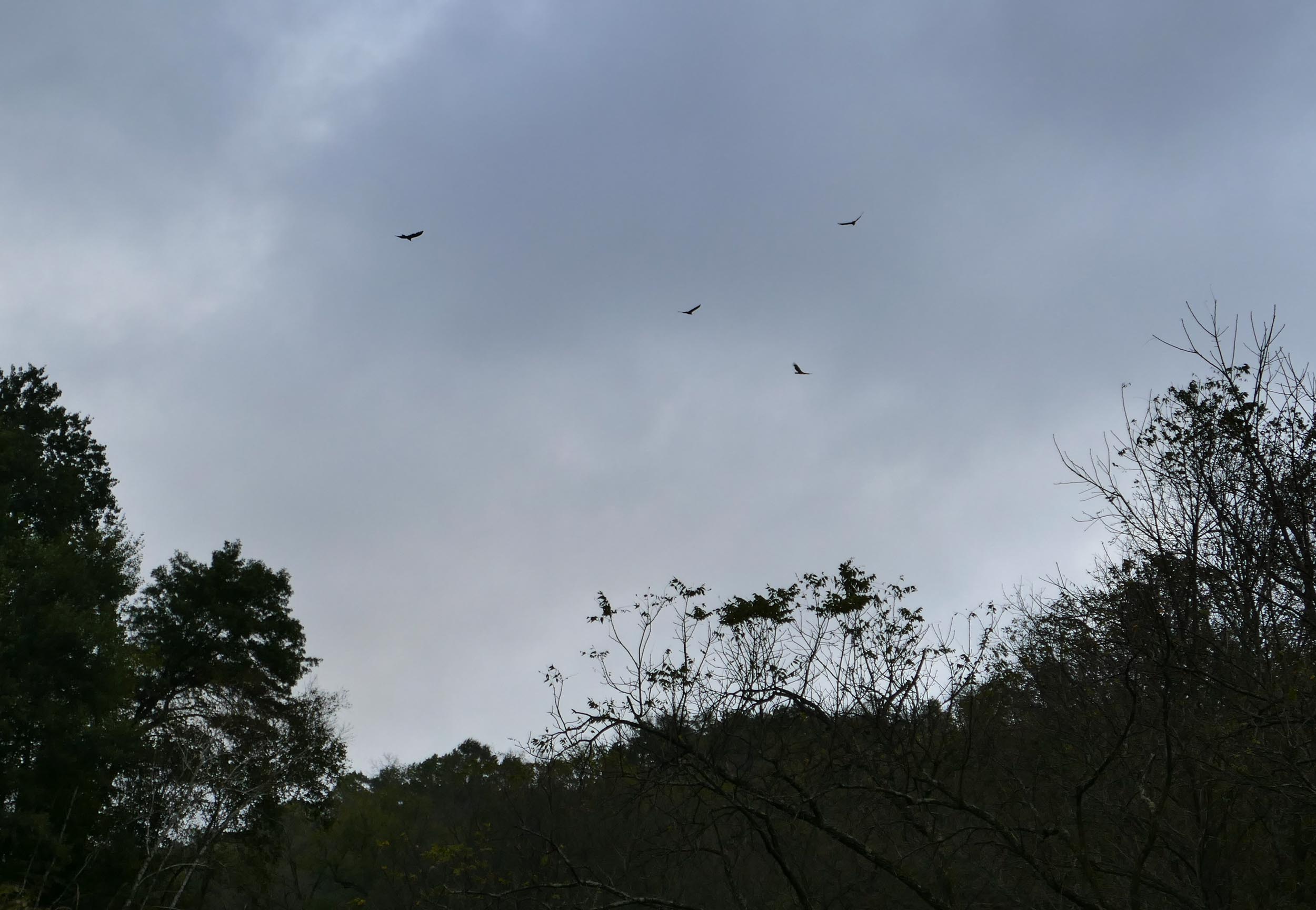 Turkey Vulture resting on a tree in one of our valleys. 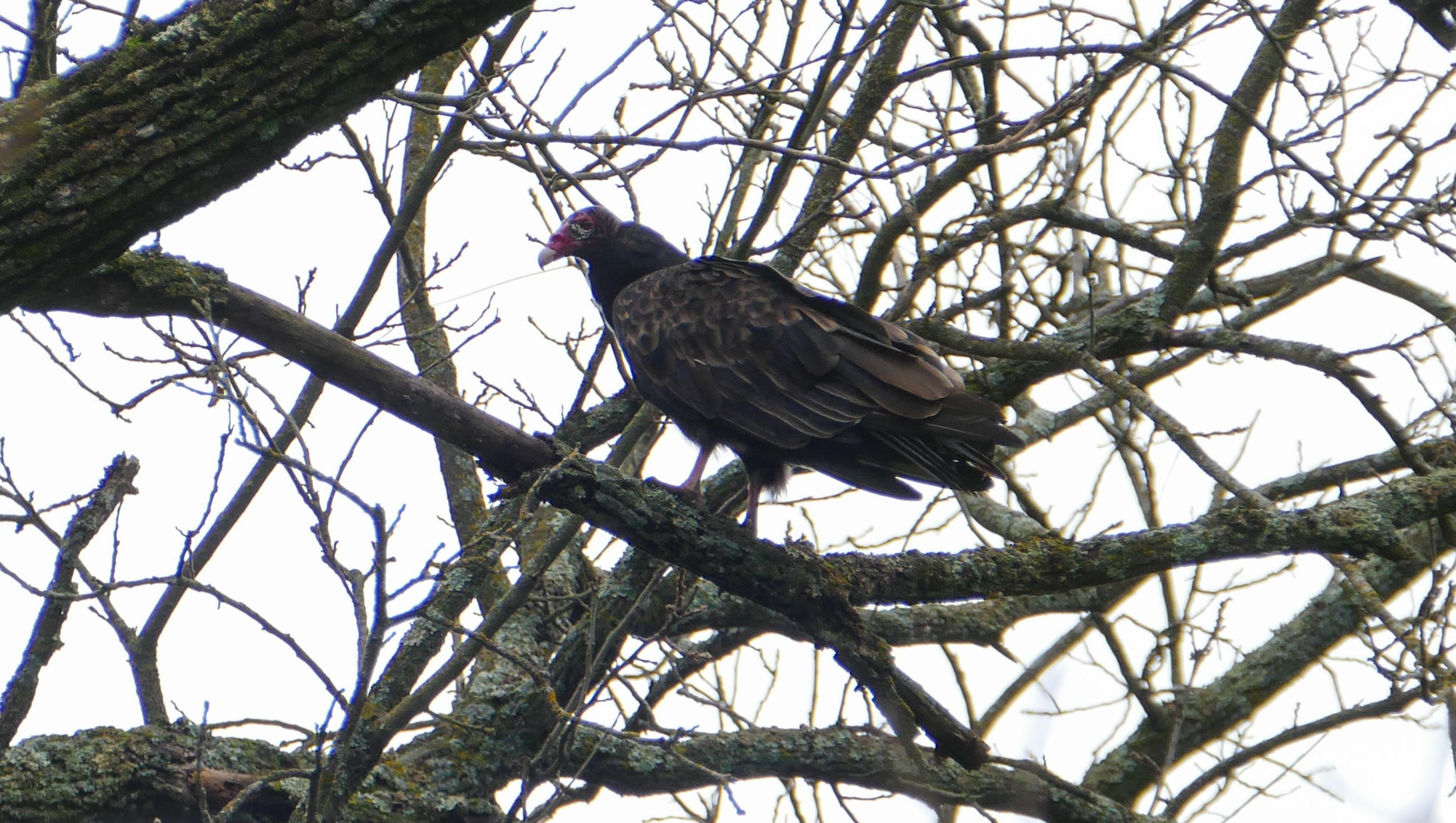 Last week there were still a few flowers left in the wetland – Tall Sunflower, Joe Pye Weed and Goldenrod. 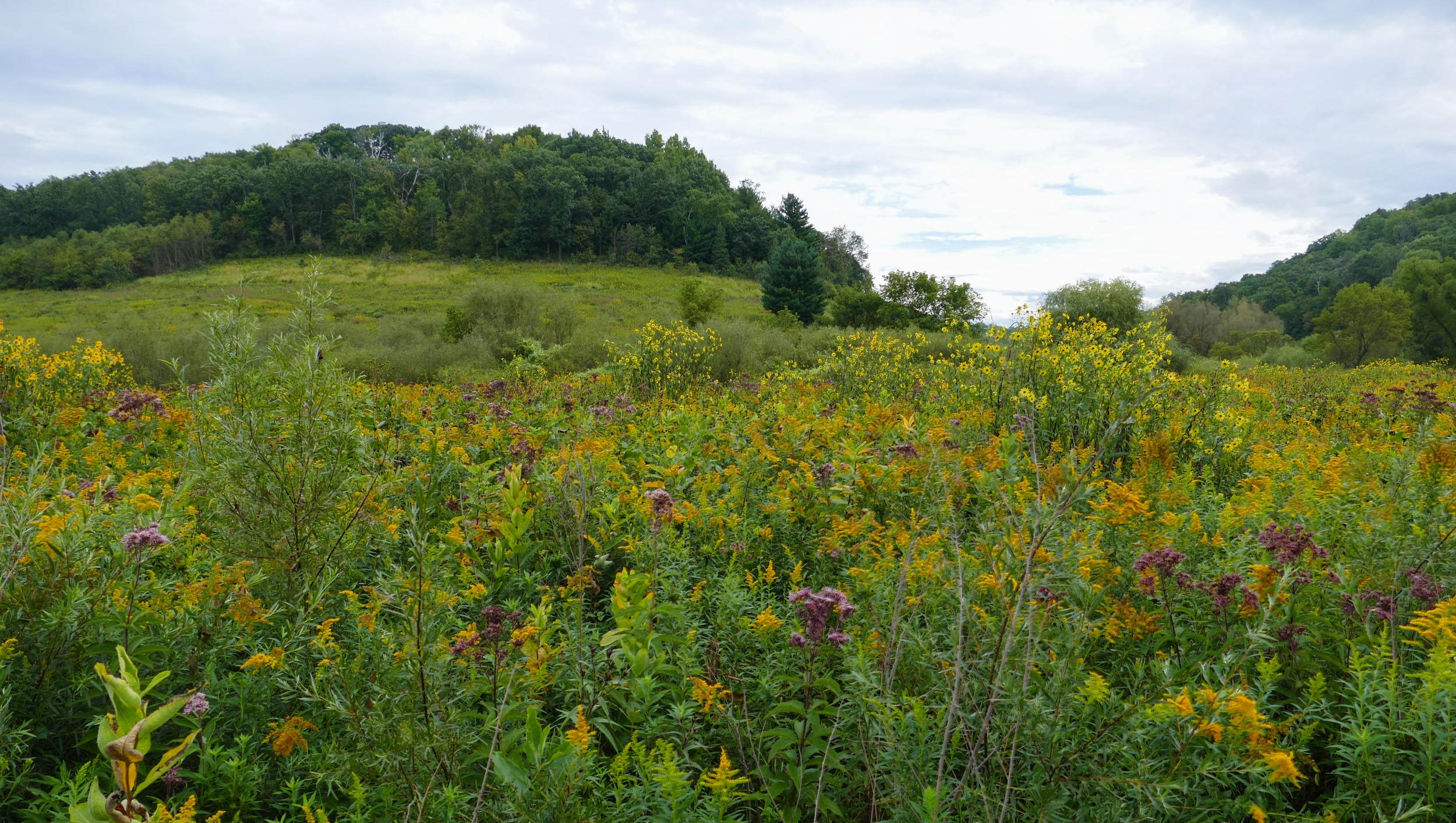 I’ve been finishing up my two late summer projects.  I’m cutting and treating woody vegetation that’s coming up on Hidden Oaks Hillside.  The whole hillside was cleared a few years ago, but it always takes some work to keep the brush from coming back.  Mike mowed the lower parts, but the upper slope is too steep to mow, so I do it by hand.

And this is a similar, but much steeper hillside, where I’m doing the same thing.  It’s the west-facing slope of Indian Grass Point.  When I started working on this slope, in about 2008, it was a west-facing birch woods.  I killed the birches, and cleared the brush.  The prairie hillside is doing well, but I have to work on it every few years to be sure the brush doesn’t return. 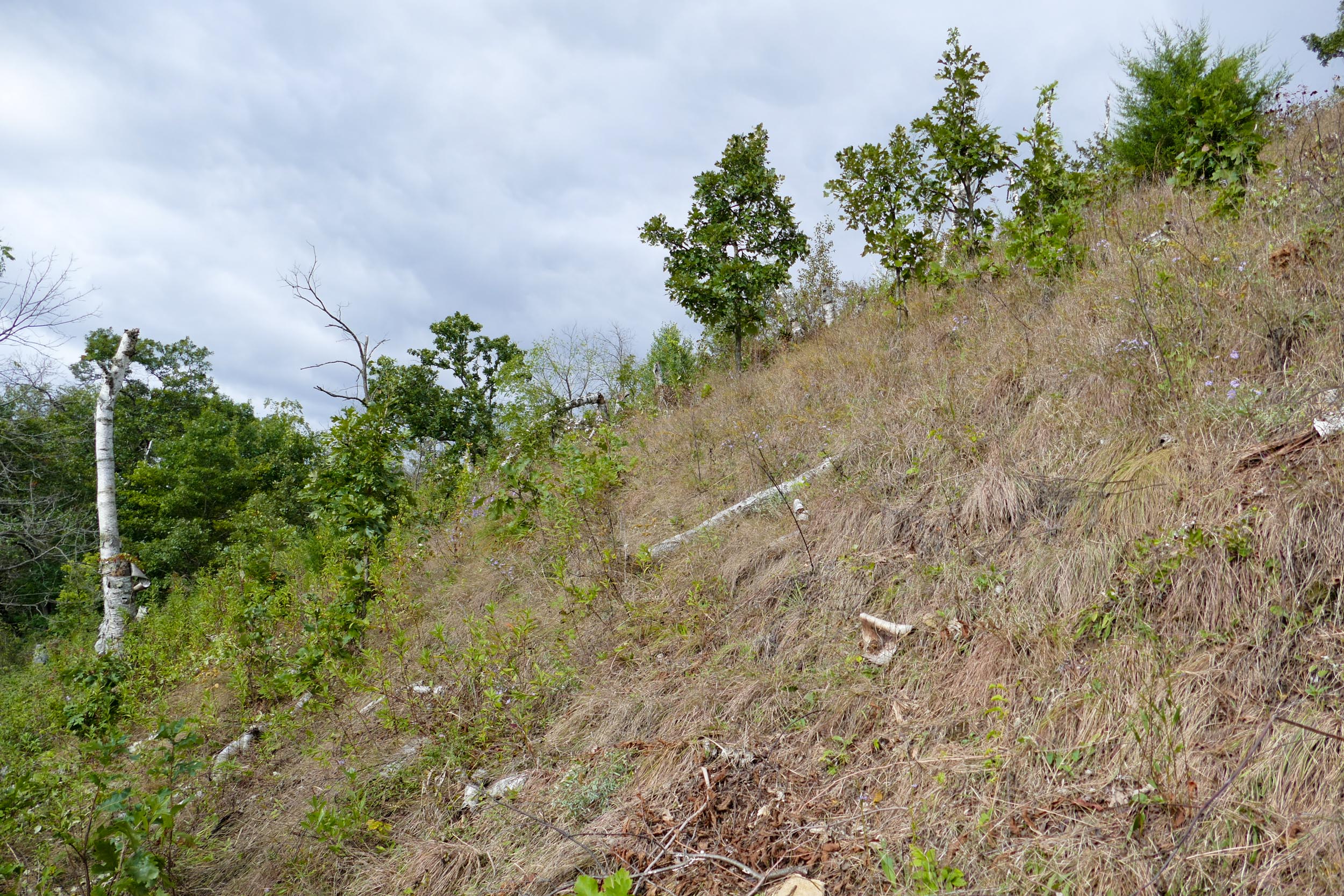 Mike’s most recent project has been mowing the aspen sprouts in a couple of our planted prairies.  We do this every year.   There are mature aspens on the prairies’ northern border, on our neighbor’s land, which will probably keep sending up sprouts forever.  So Mike mows every year.   This year he found an app that shows his mowing route on an aerial photo. 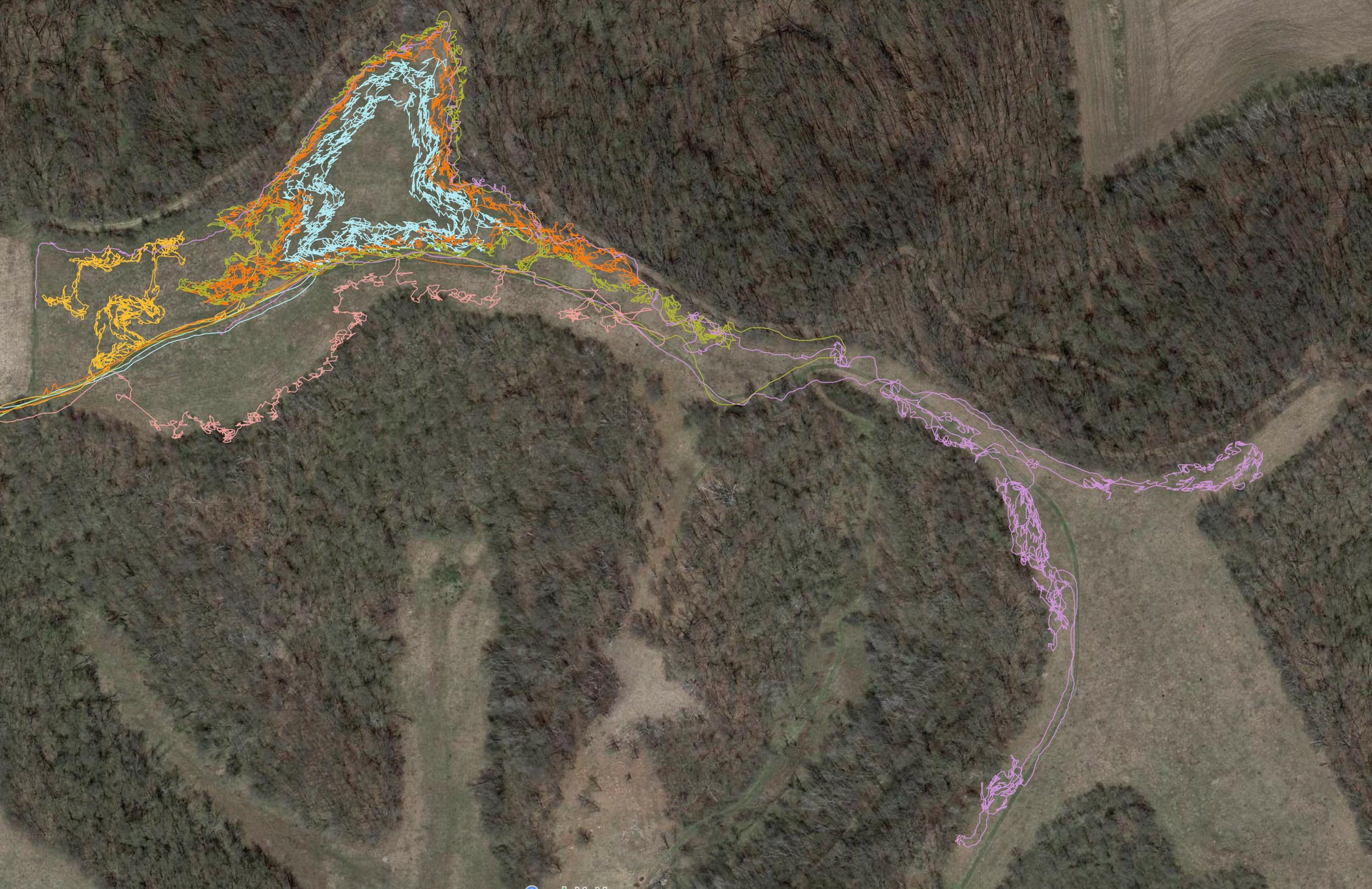 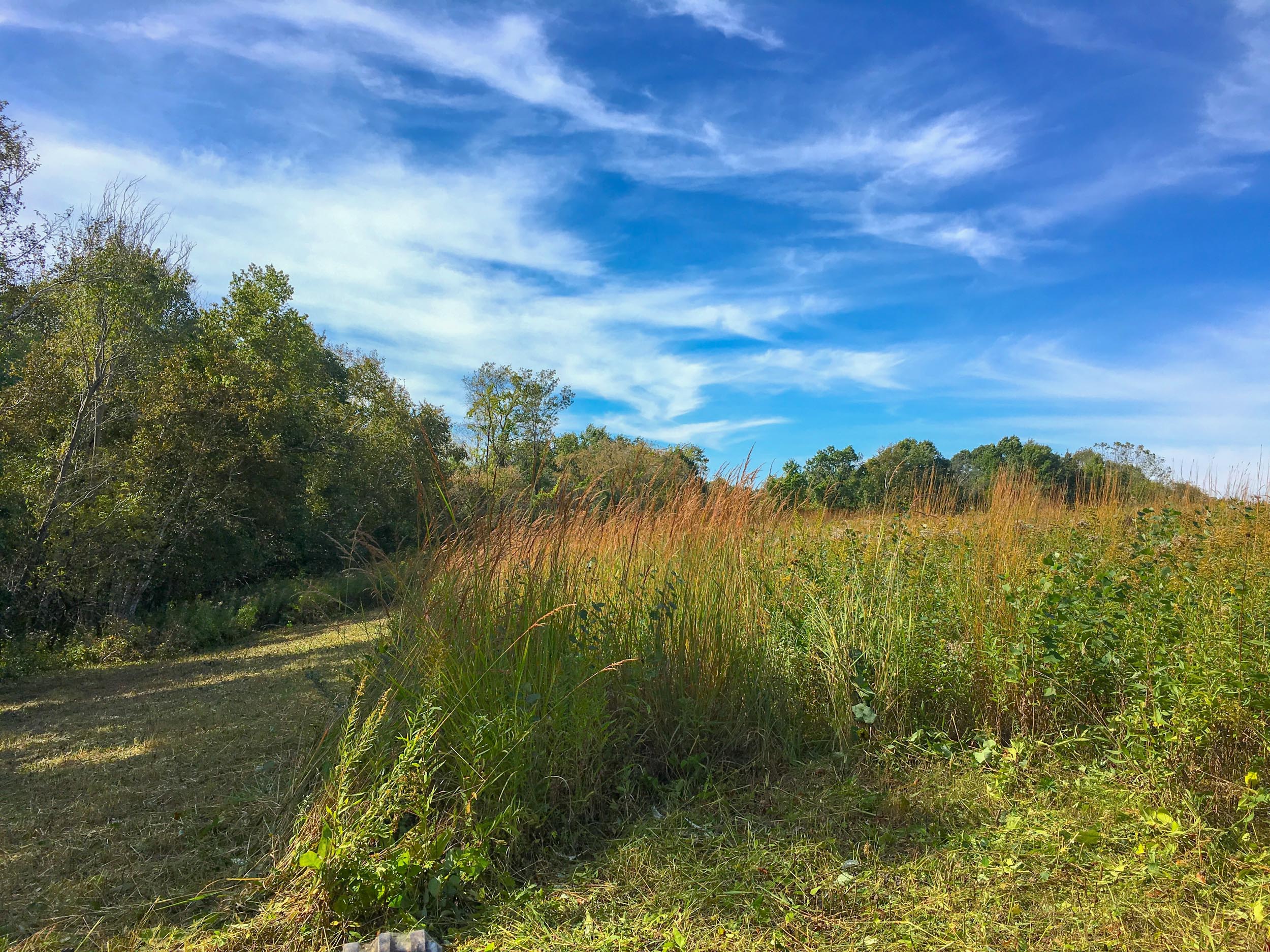 A large beaver dam just downstream from us was threatening a nearby town road, so Mike and I offered to remove the dam.  It was fun – a good project to do on hot afternoons.  Here’s the way it looked when we started – it was an old dam, with large clumps of Jewelweed and Reed Canary grass growing on it. 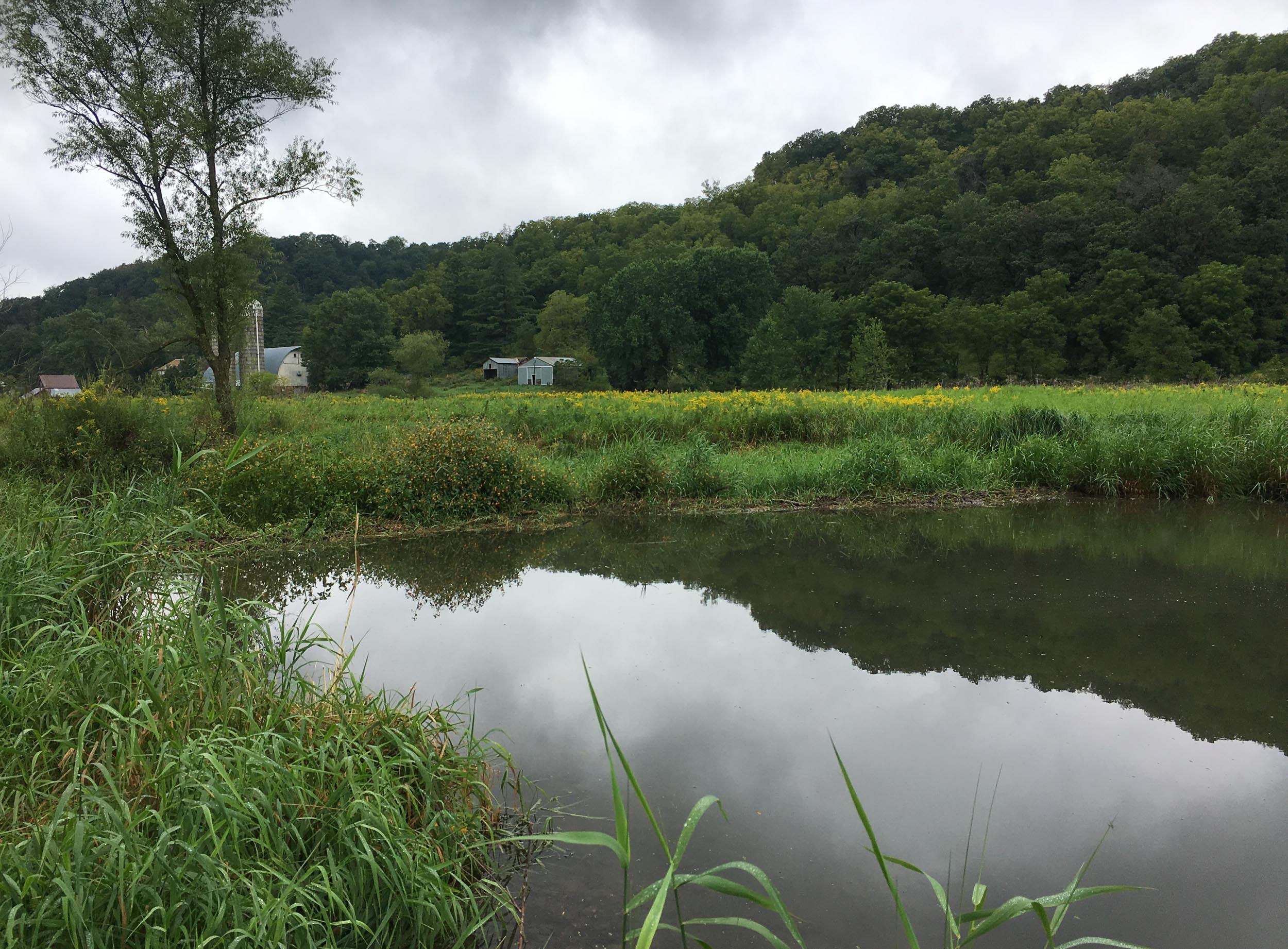 And after we finished. 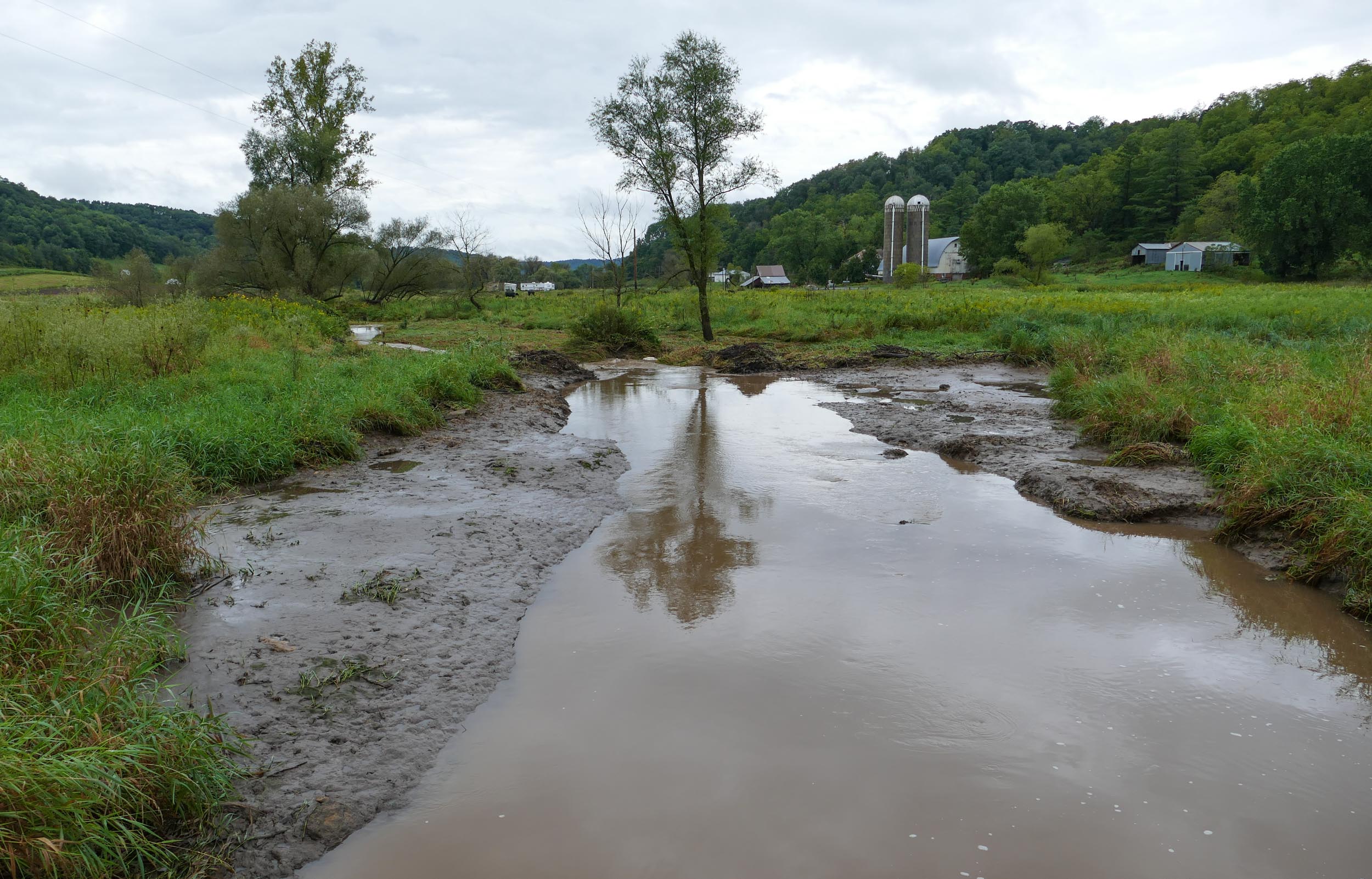 This Solitary Sandpiper was hunting for food in the bare patches that were exposed when the water level went down. 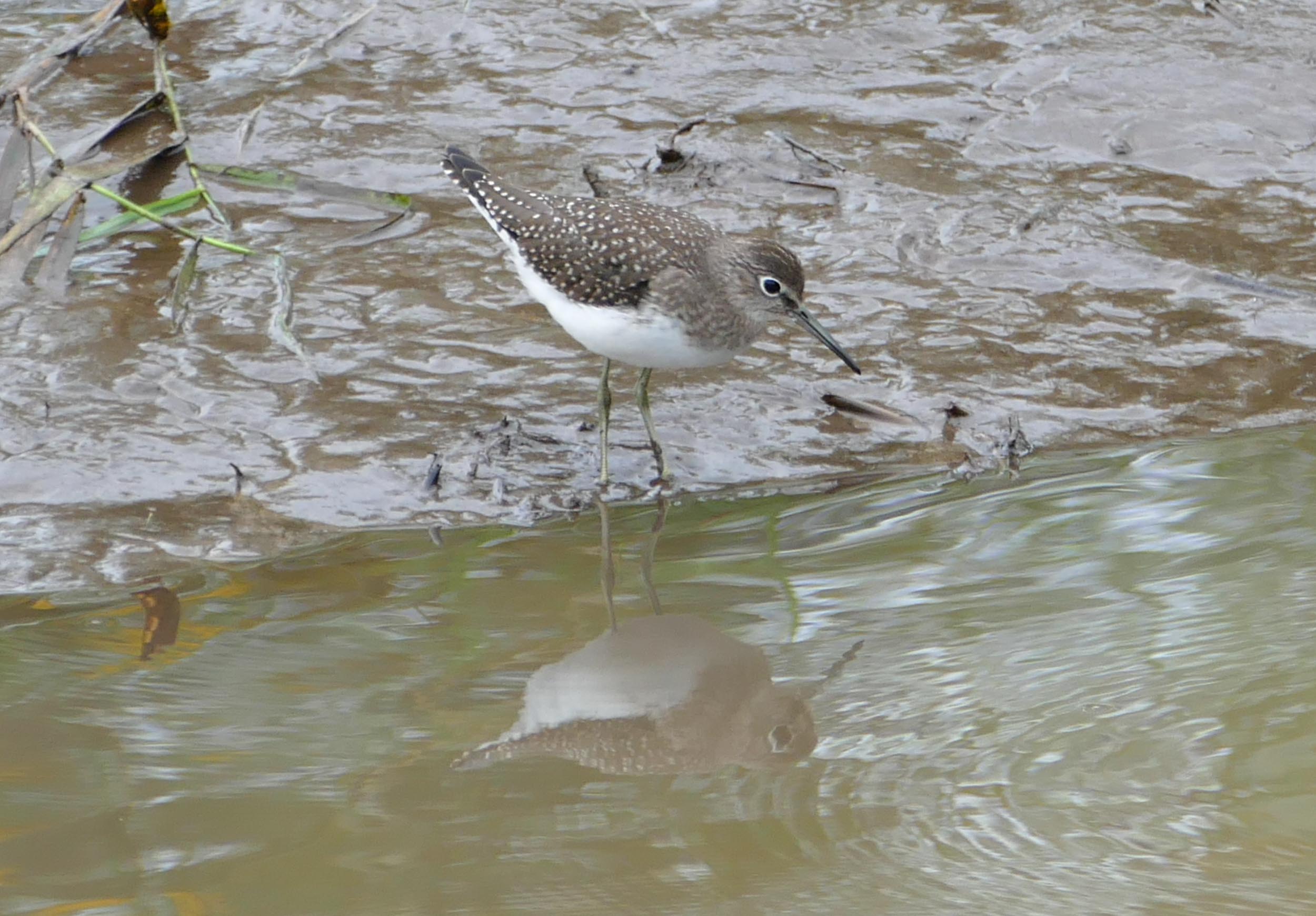 Woods along Cabin Road in the afternoon light 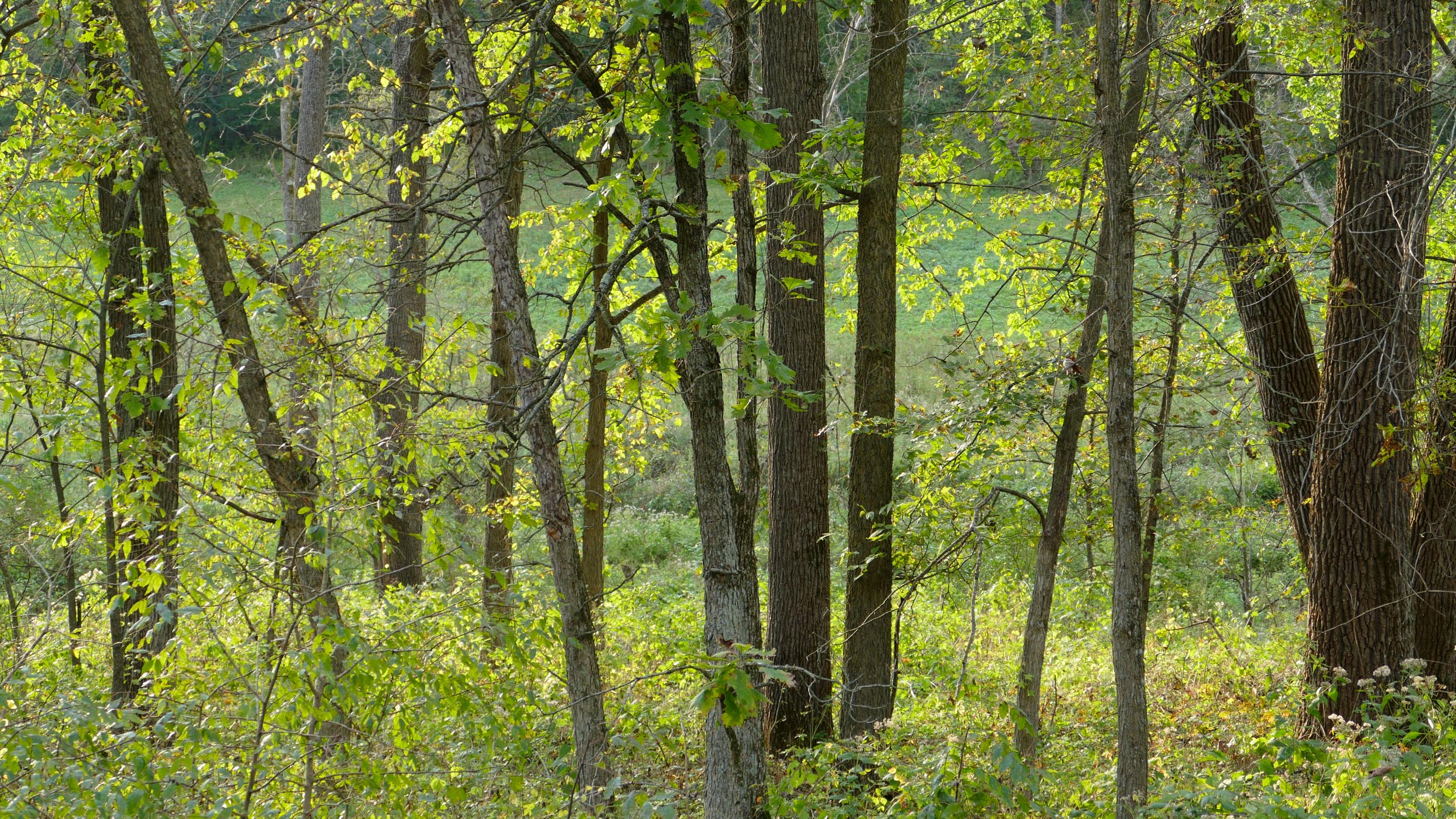 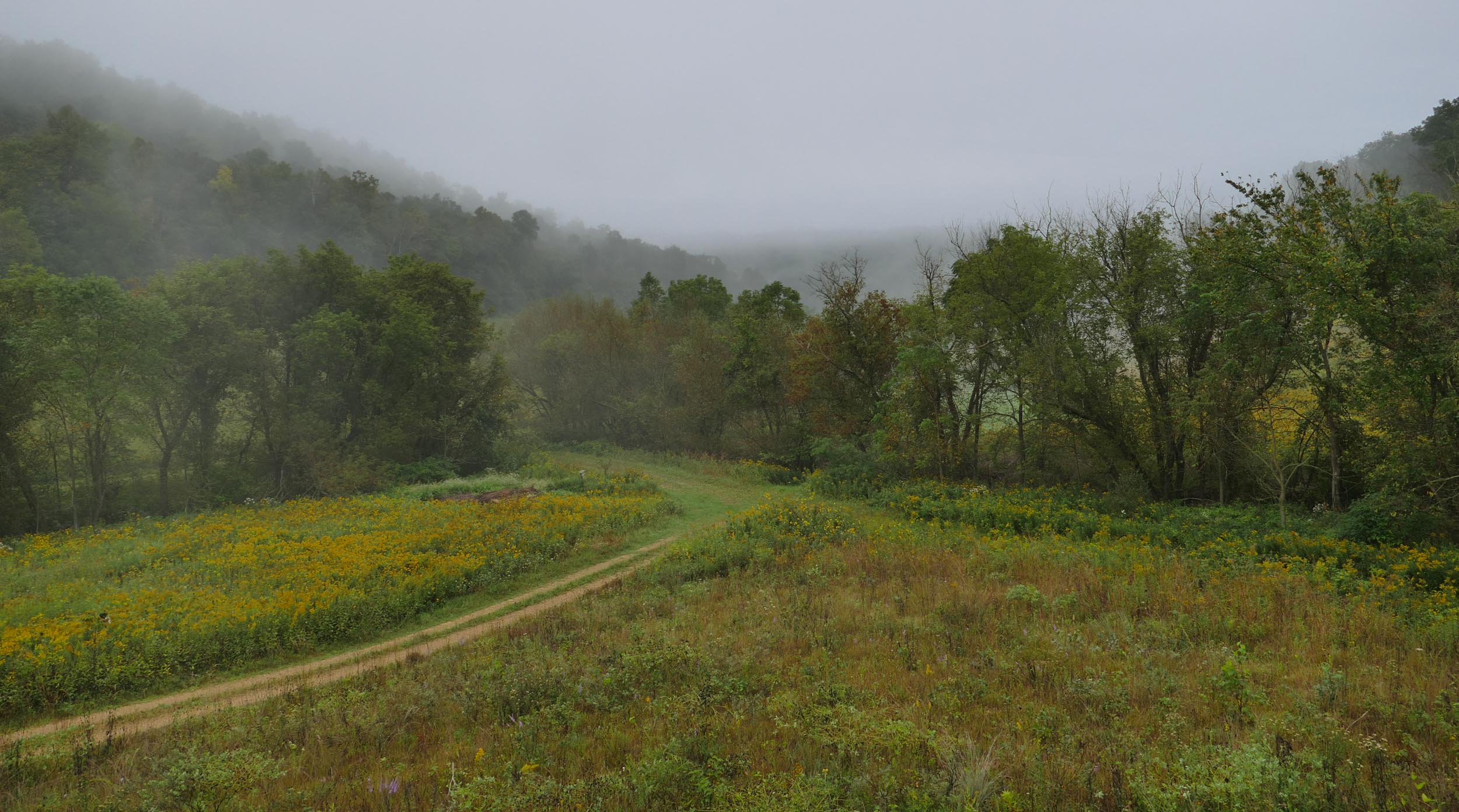 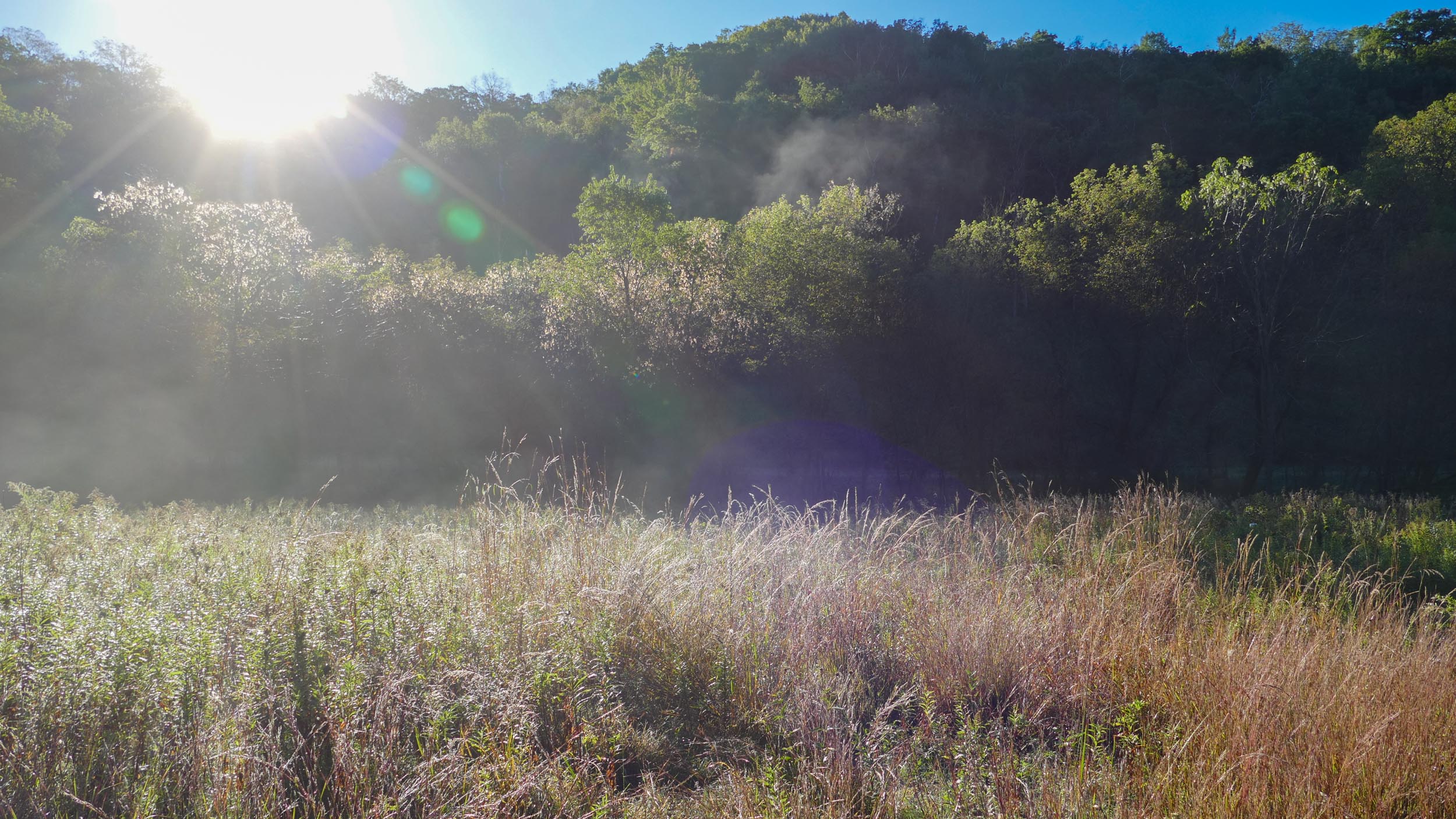 Sky-blue Asters in the mist 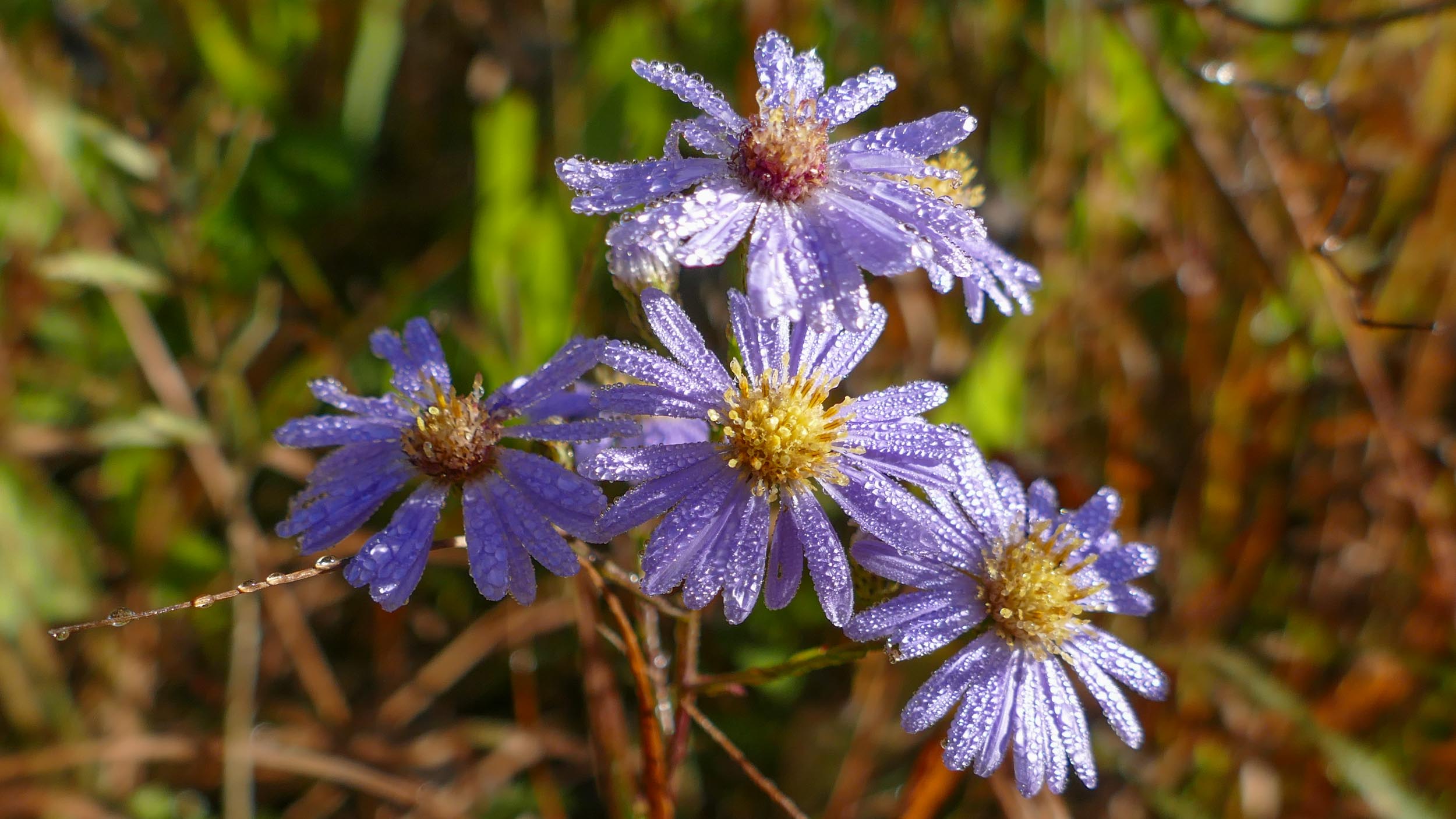 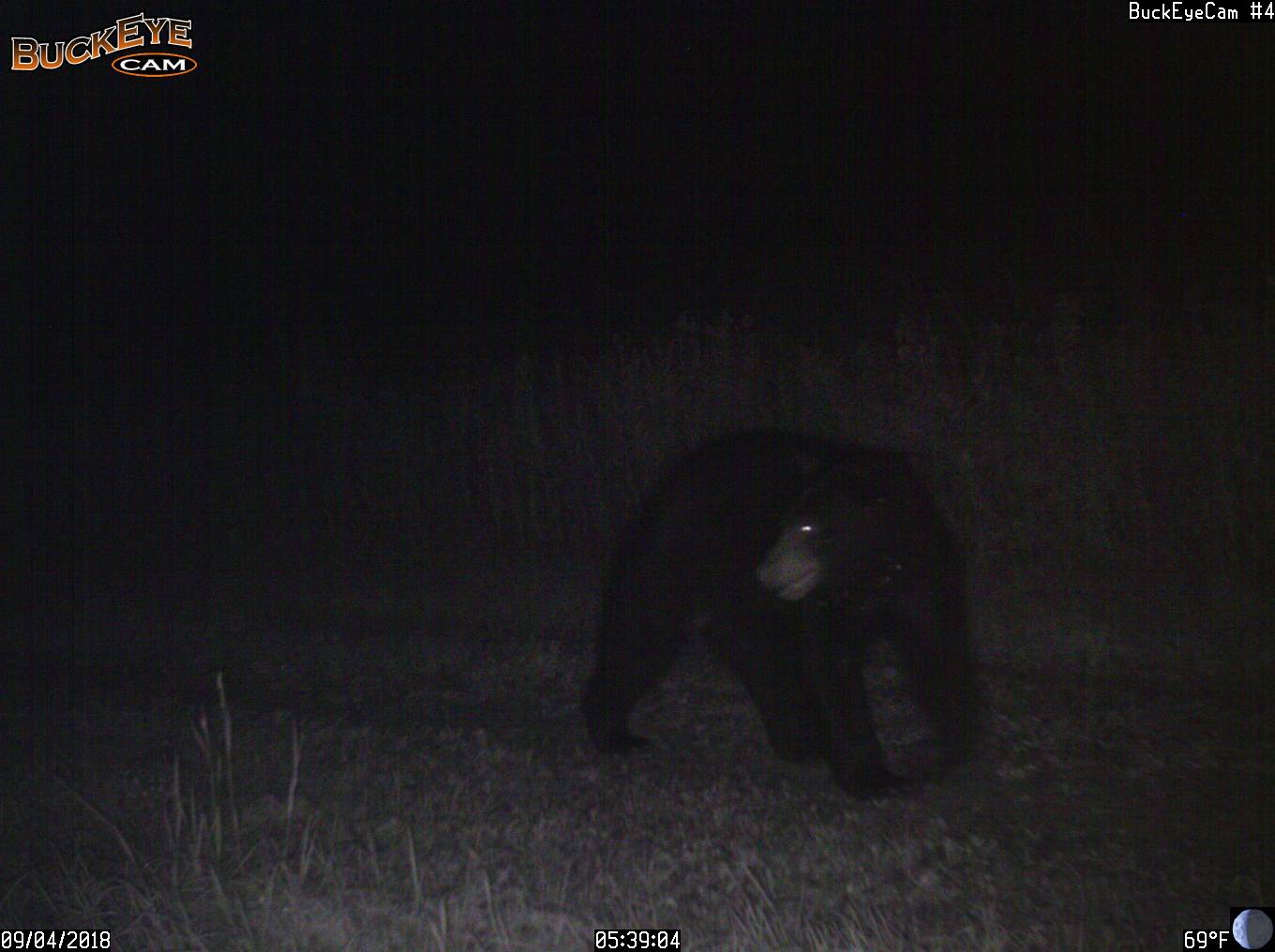 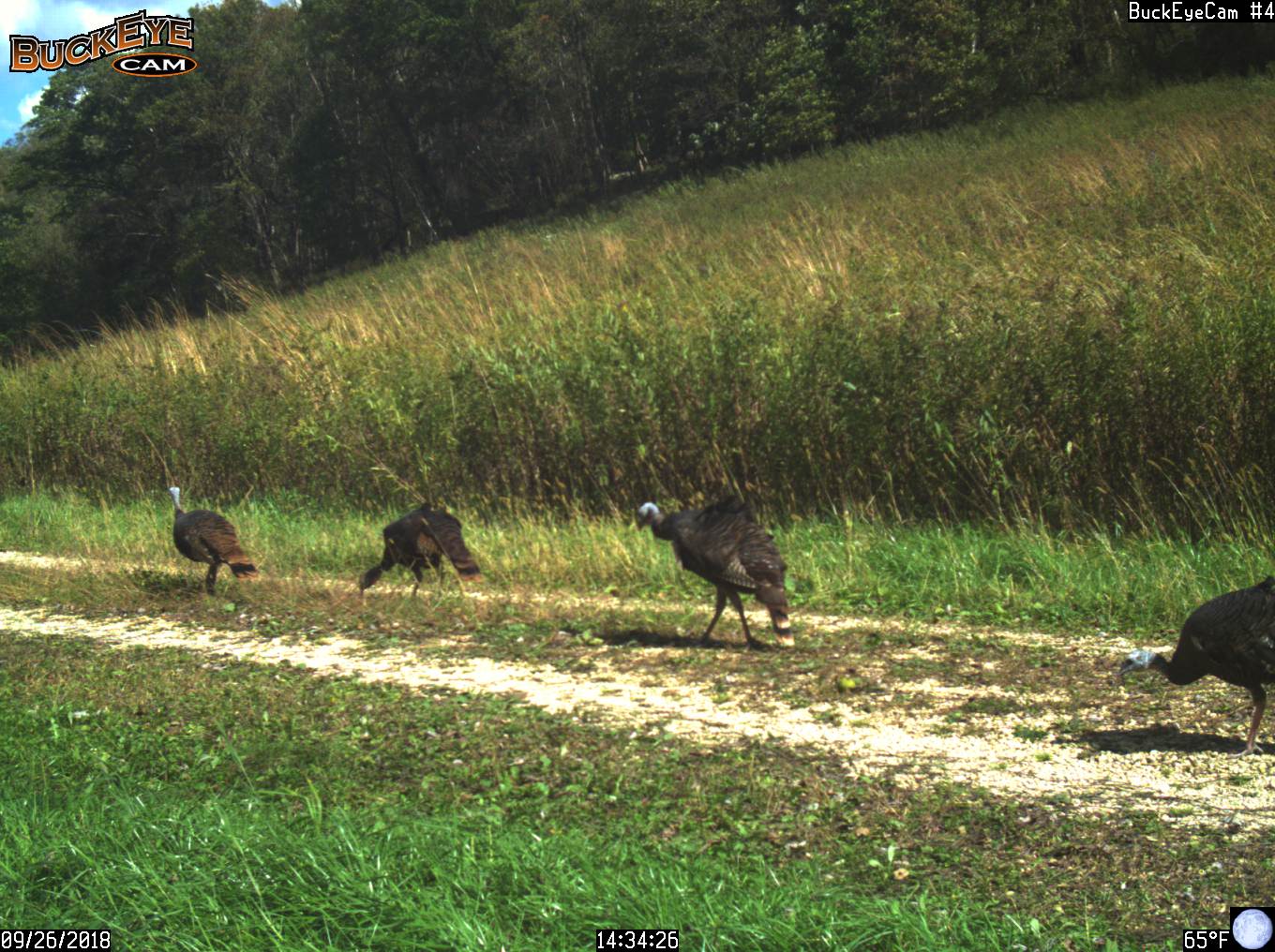 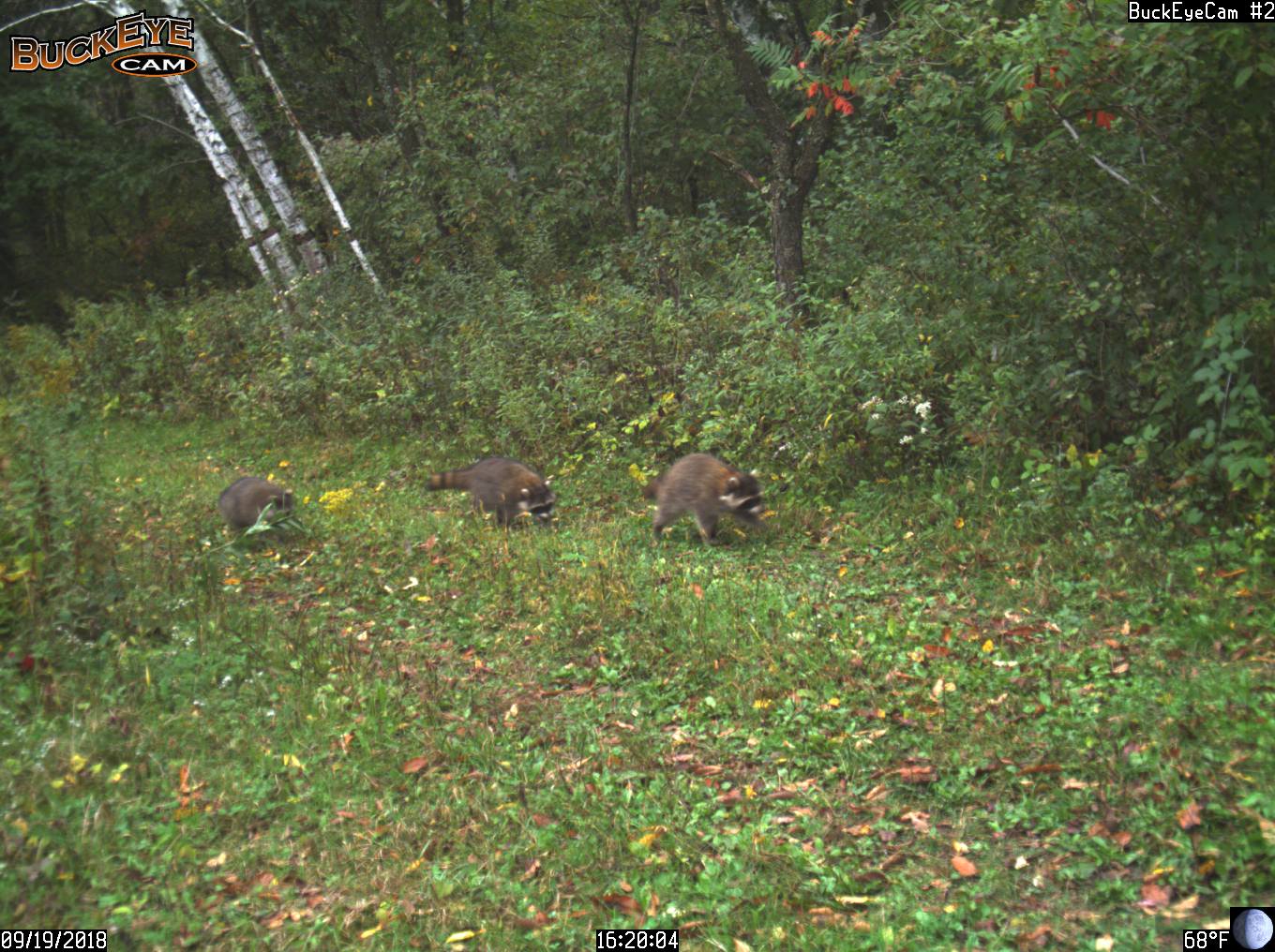 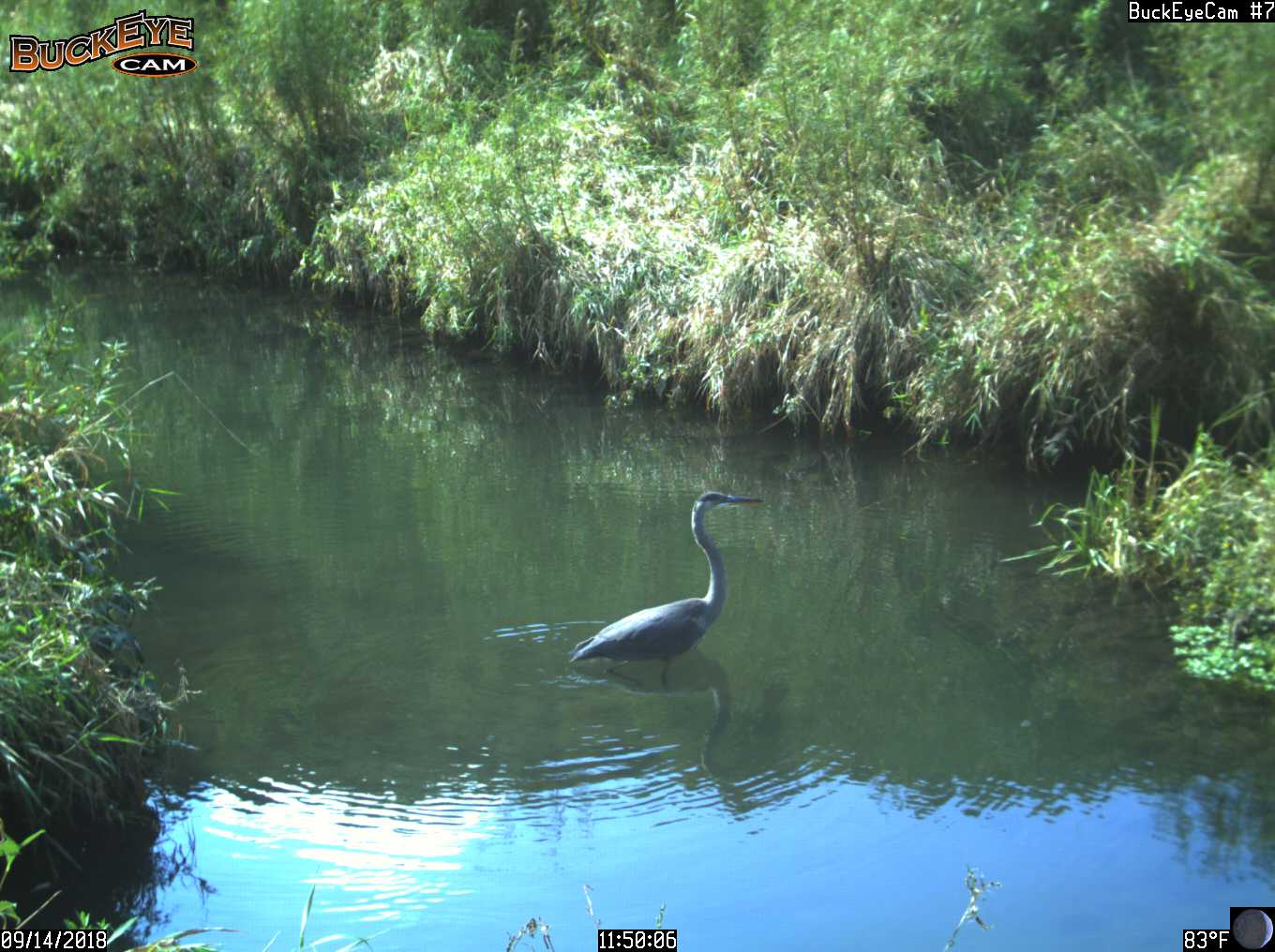 Morning sun lighting the top of the ridge 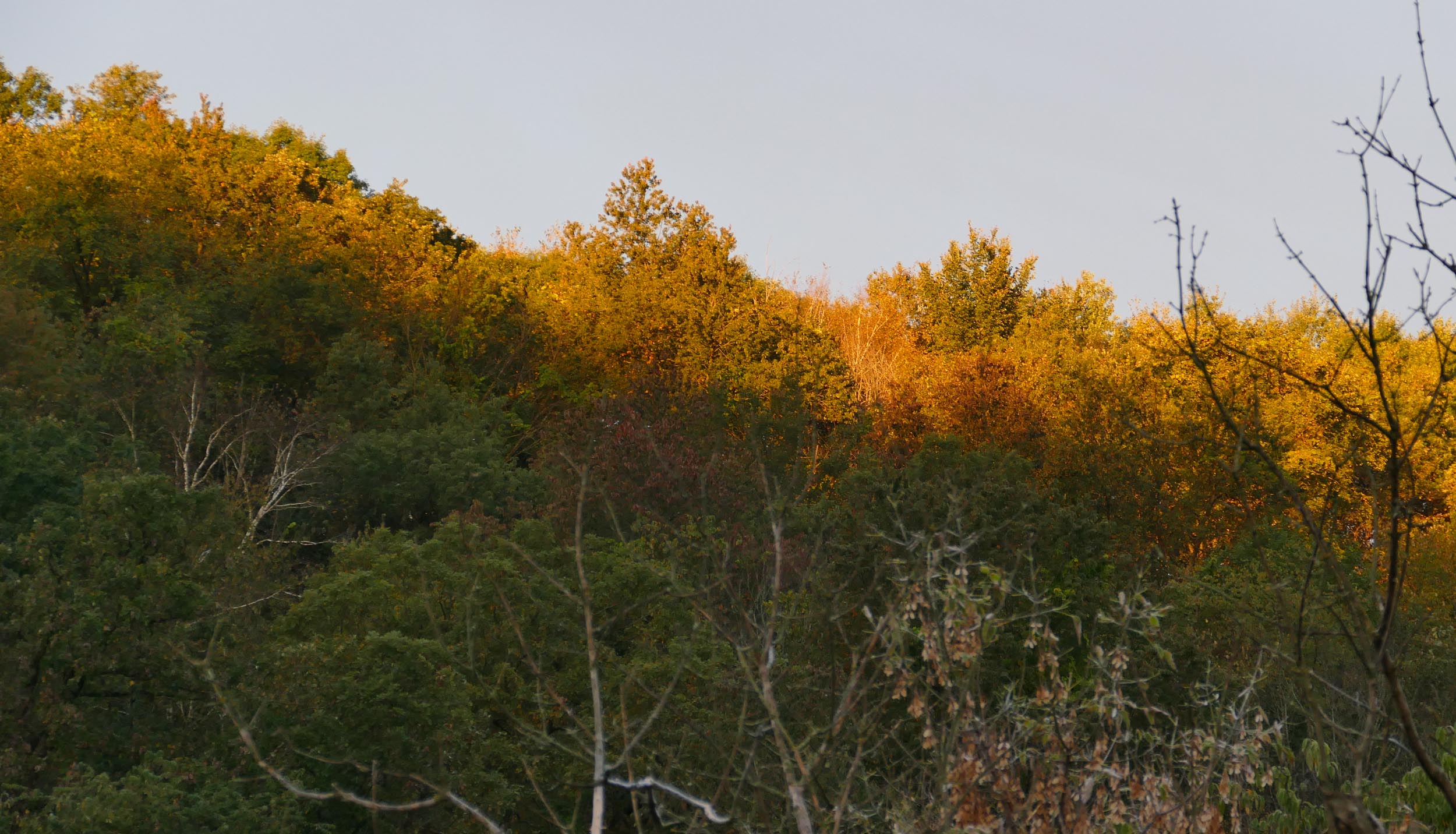