It’s been hot again, but we had some rain and it has finally cooled down. We’ve gotten pretty good at opening and closing the house so we don’t have to use the air conditioning, but this week it was 90 degrees and so humid that there was always haze in the air – so we did turn the air conditioning on during the day.

There have been lots of hummingbirds at the feeders and even hummingbirds in town. This must be the peak of their migration.
I’ve been trying out saucer feeders for the hummingbirds and I really like them. They’re easy to clean, and they seem to keep out both bees and ants. The only thing I don’t know yet is whether the orioles can use them – the holes are quite a bit smaller than the ones in bottle feeders.

I finally got a photo of one of the frogs that hops out from under our feet in 3 Finger Valley. I think this one is a Leopard Frog. 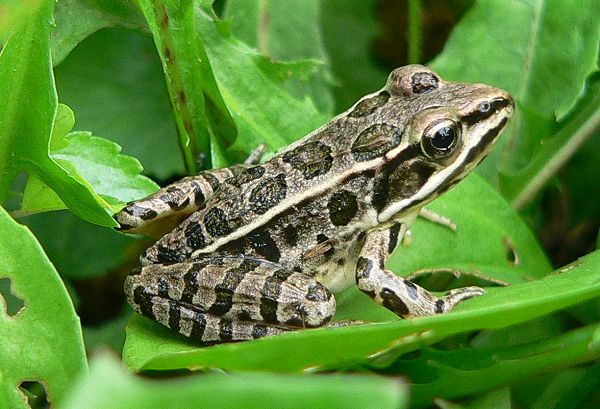 We see plenty of deer on our walks – these were taking a drink in our neighbor’s pond. 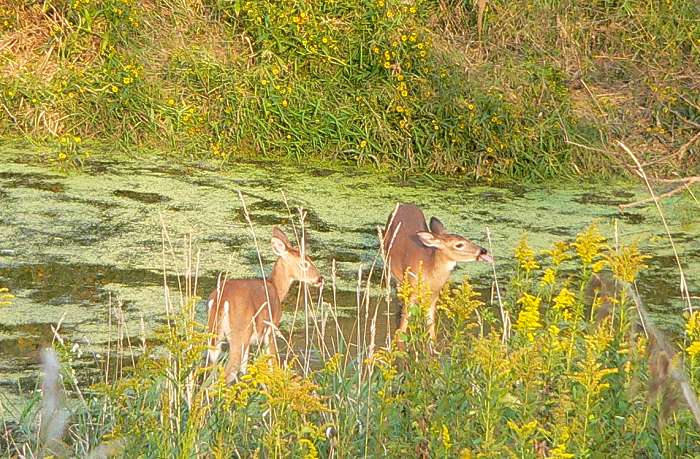 There’s still lots of Goldenrod, but now the purple flowers are starting to bloom – Asters and Gentians. 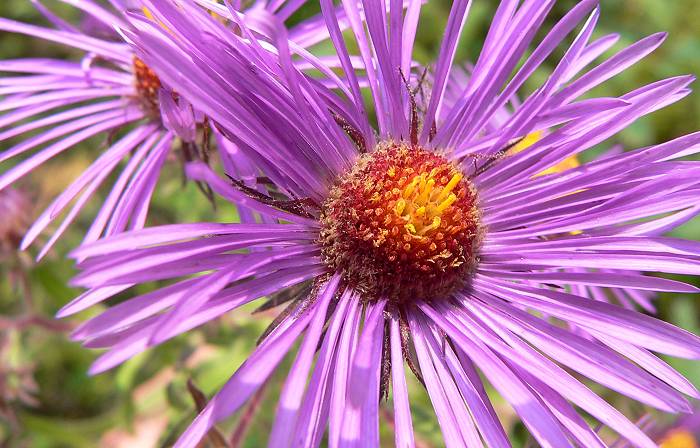 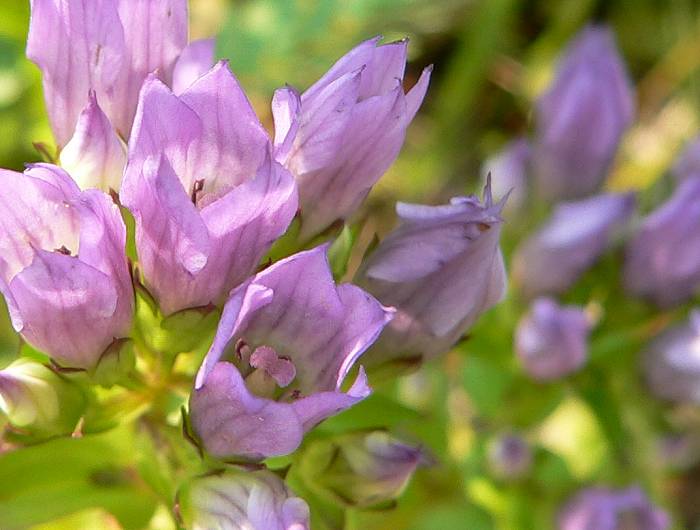 Sky-blue Aster (Aster oolentangiensis) I’ve always wondered where the species name came from – the herbarium at Stevens Point says that it comes from the Oolentangy River in Ohio, where the type specimen was collected. 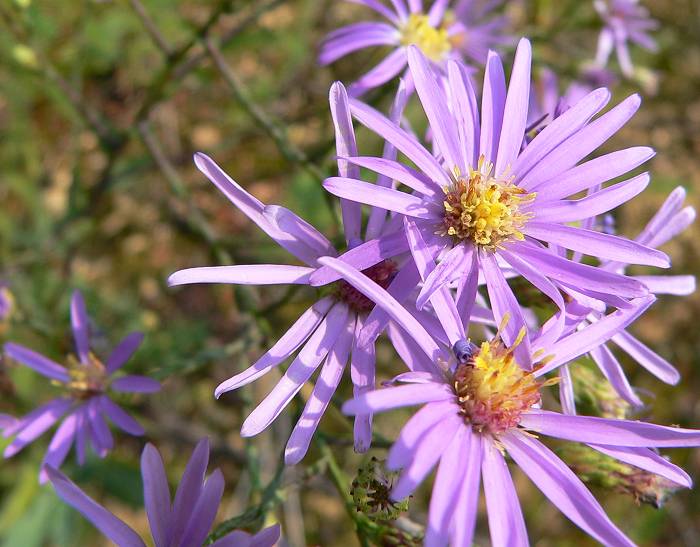 And here’s some Hedge Bindweed (Calystegia sepium) growing along the edge of the creek. 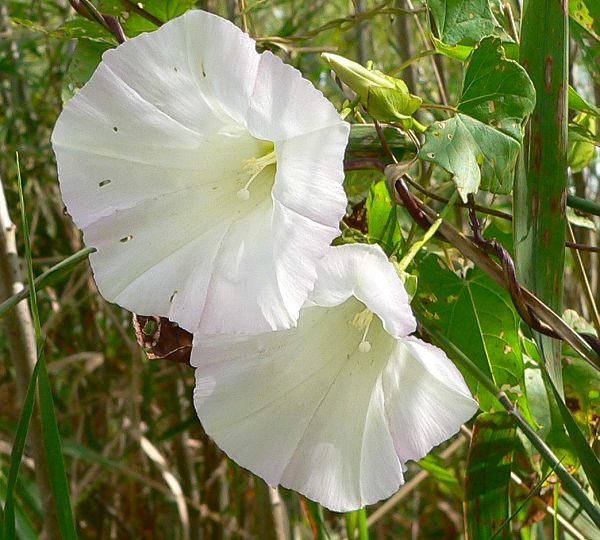 I found 3 new species for our inventory – it’s harder to add to the inventory these days because it has so many species on it already. One of the new ones was the Leopard Frog – I’ve never been sure that I saw one before. And we watched an Osprey circling over the wetland – I’m sure it was migrating through – it’s definitely an odd place for an Osprey. The third new species is a plant that’s growing in the areas I sprayed last year for Reed Canary Grass. It’s called American Burn-weed (Erechtites hieracifolia), because it usually appears after a disturbance like a burn.

The basement is getting full of drying seeds. I’m trying to clean them as I go, so I don’t have to do all of them at the end. It’s very satisfying to see my shelves fill up with cans and bags of nice prairie seeds.

Here’s the scene in the basement. 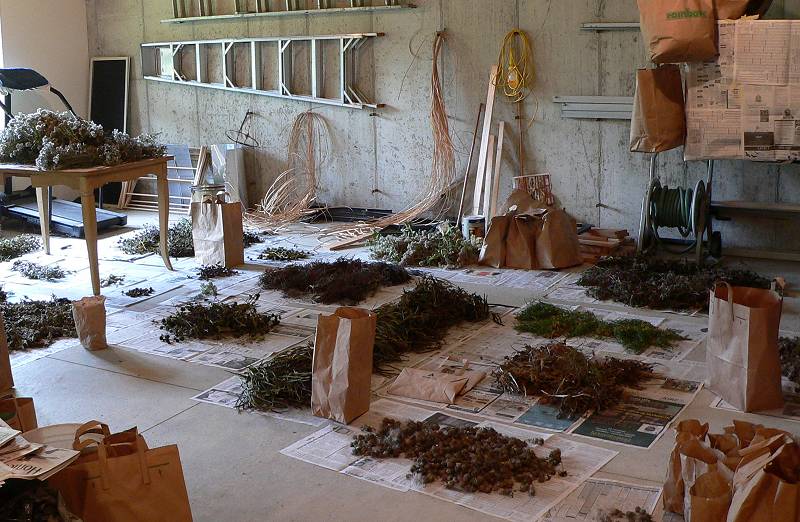