It’s really summer now – hot and humid and lush.  It feels like we’re living in a rainforest.

The prairies are blooming now, but it’s hard show how beautiful they really look.   This is Indian Paintbrush in Buffalo Ridge Prairie. 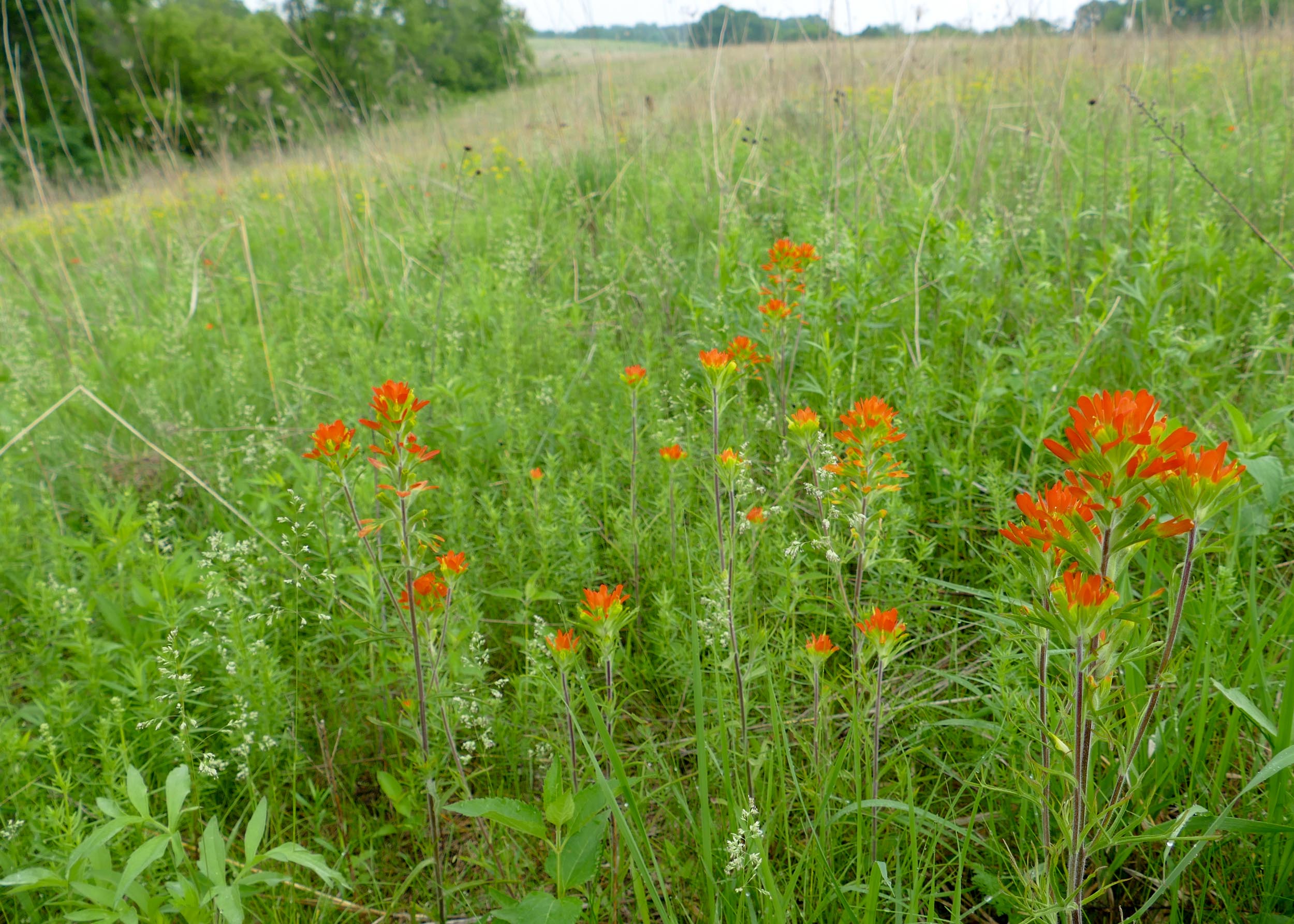 Another view of Buffalo Ridge Prairie – with Northern Bedstraw and Spiderwort 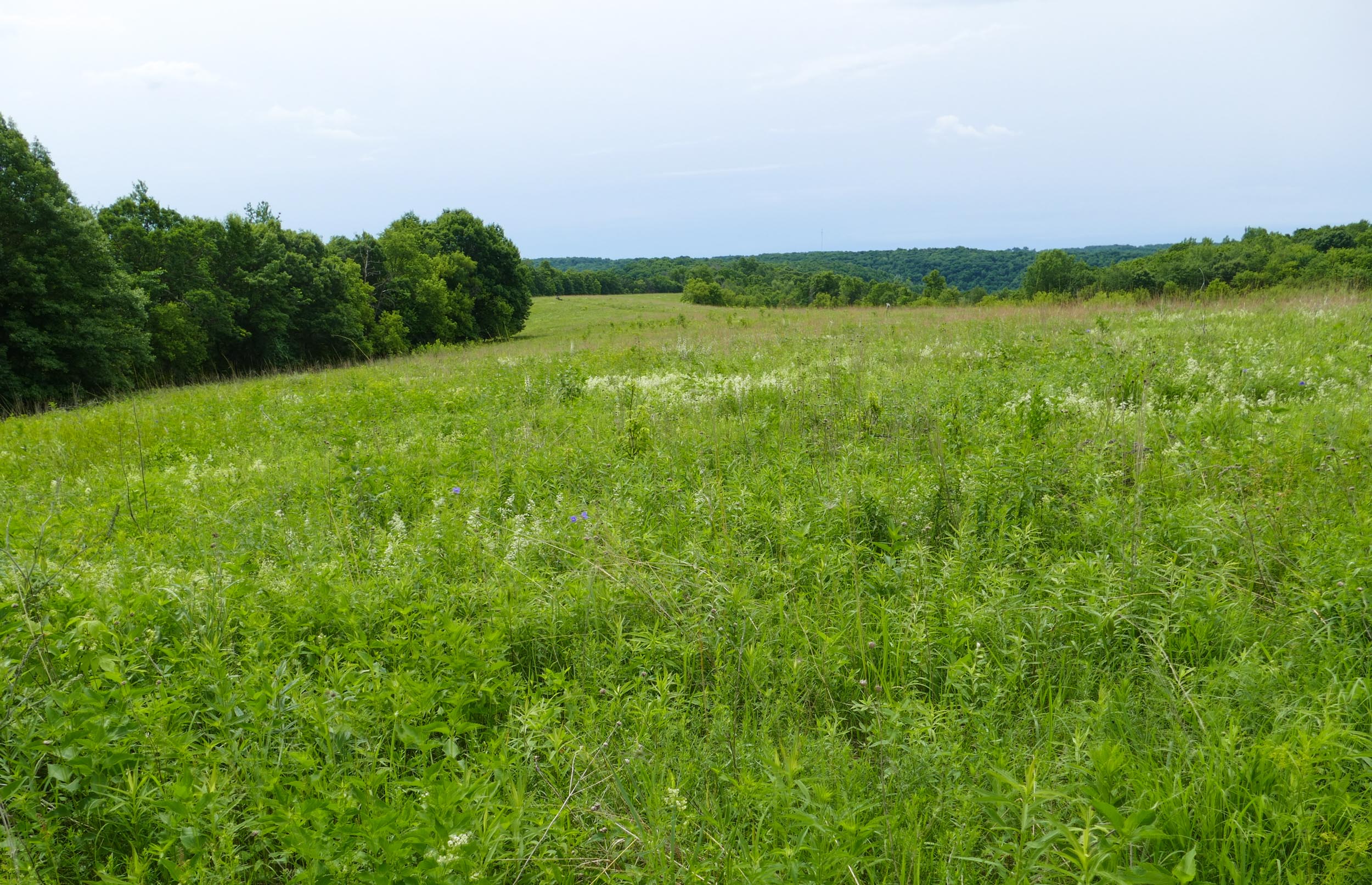 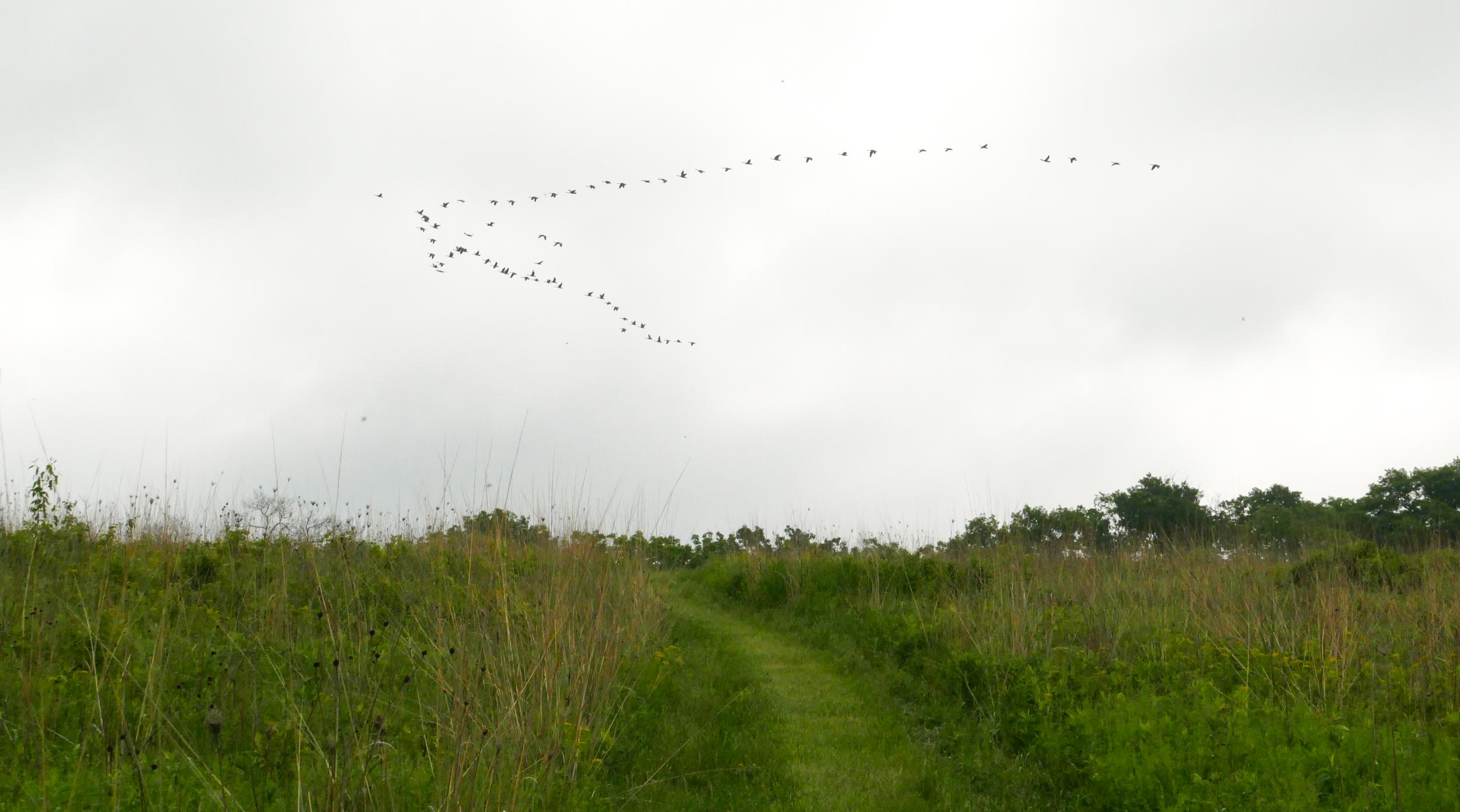 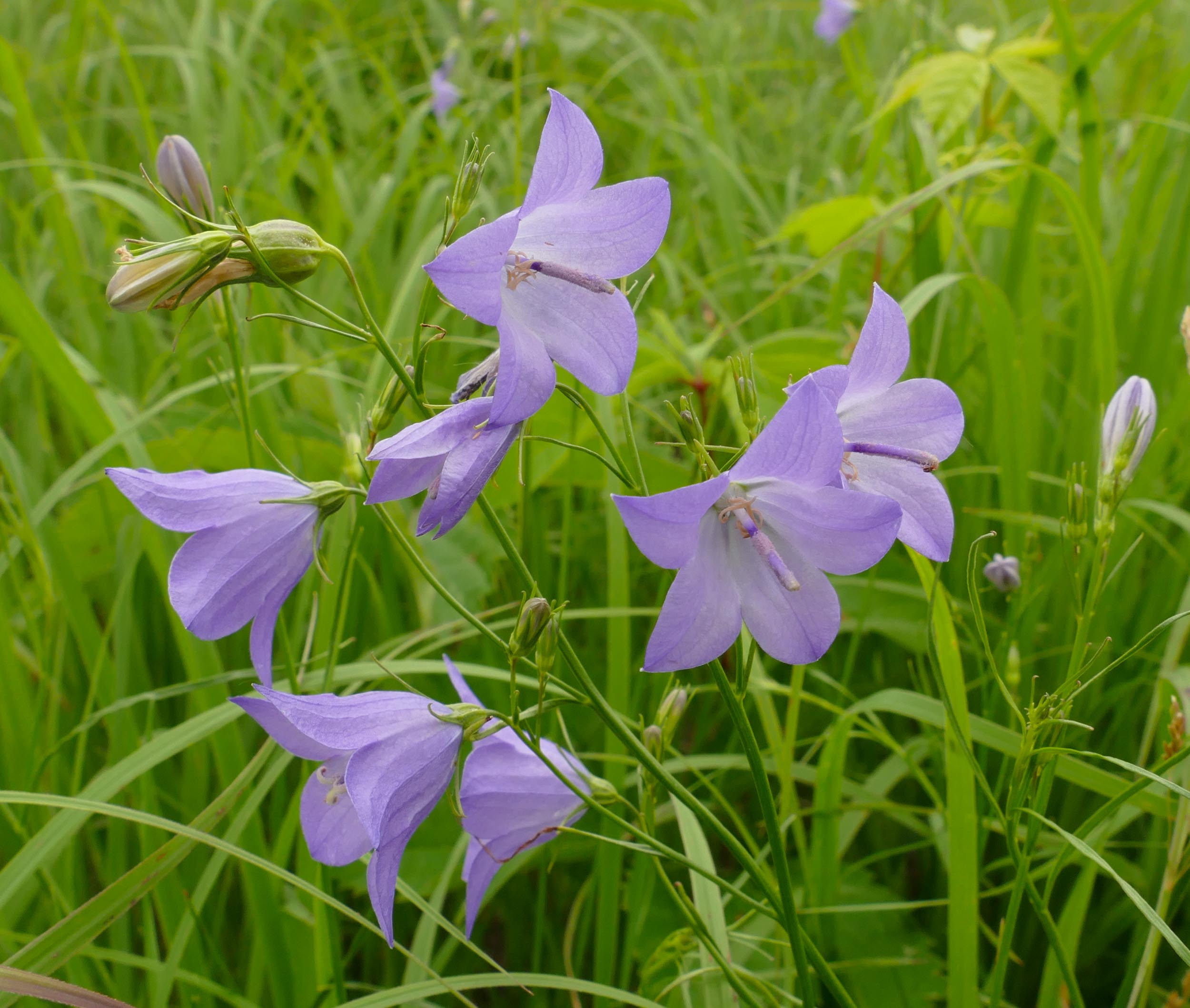 The ‘smoke’ of Prairie Smoke – the seed head 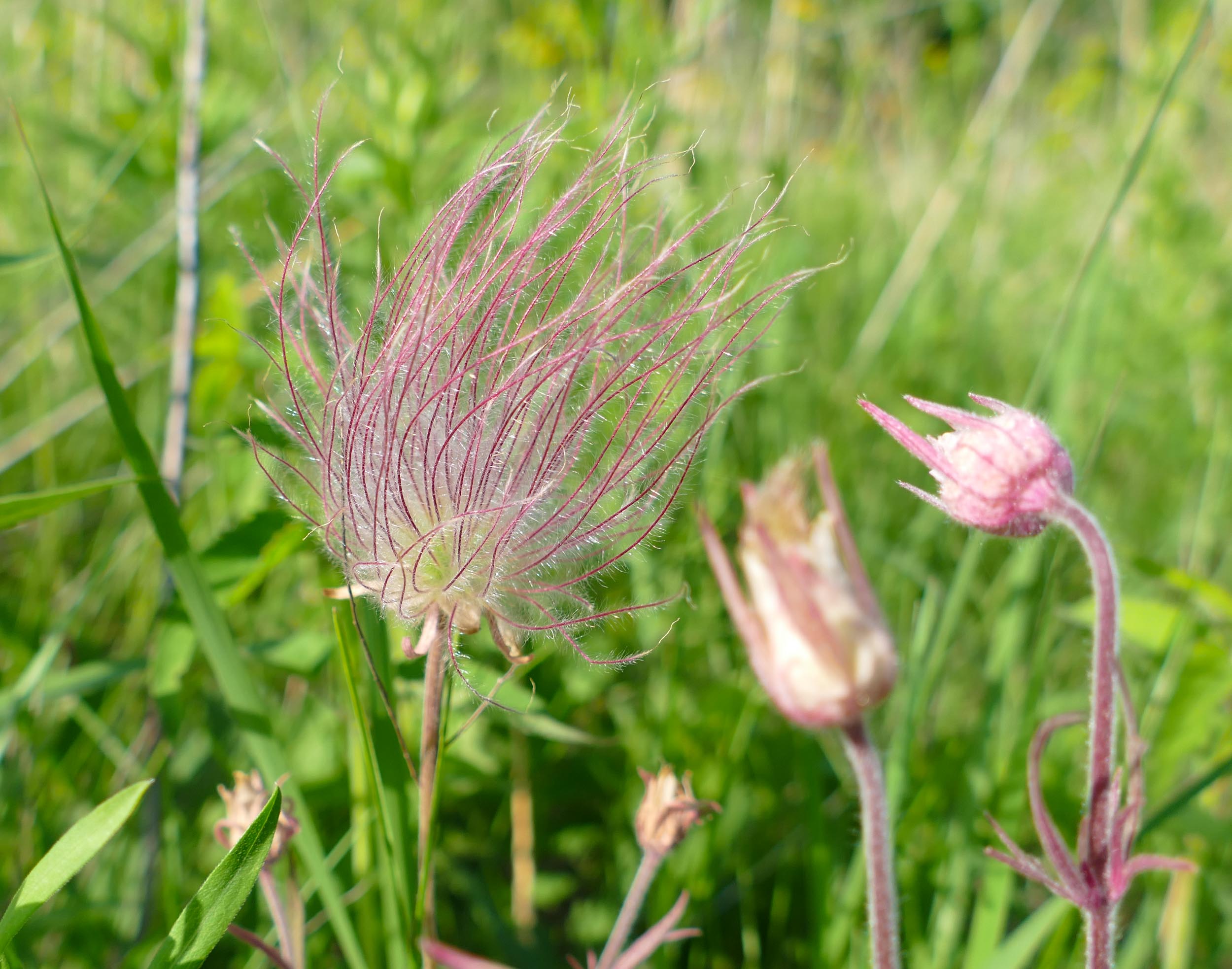 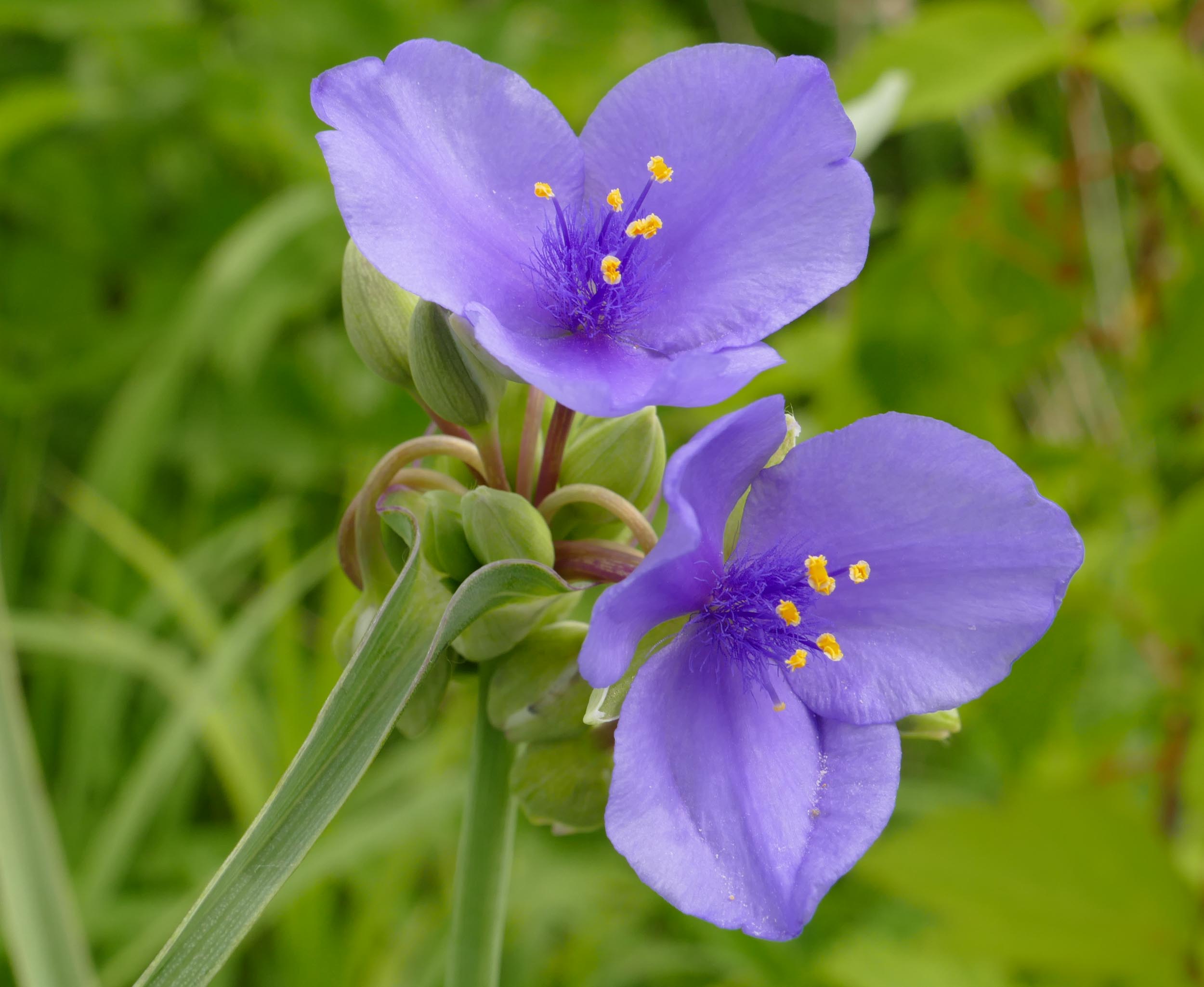 Spiderwort with a small Syrphid Fly gathering nectar or pollen 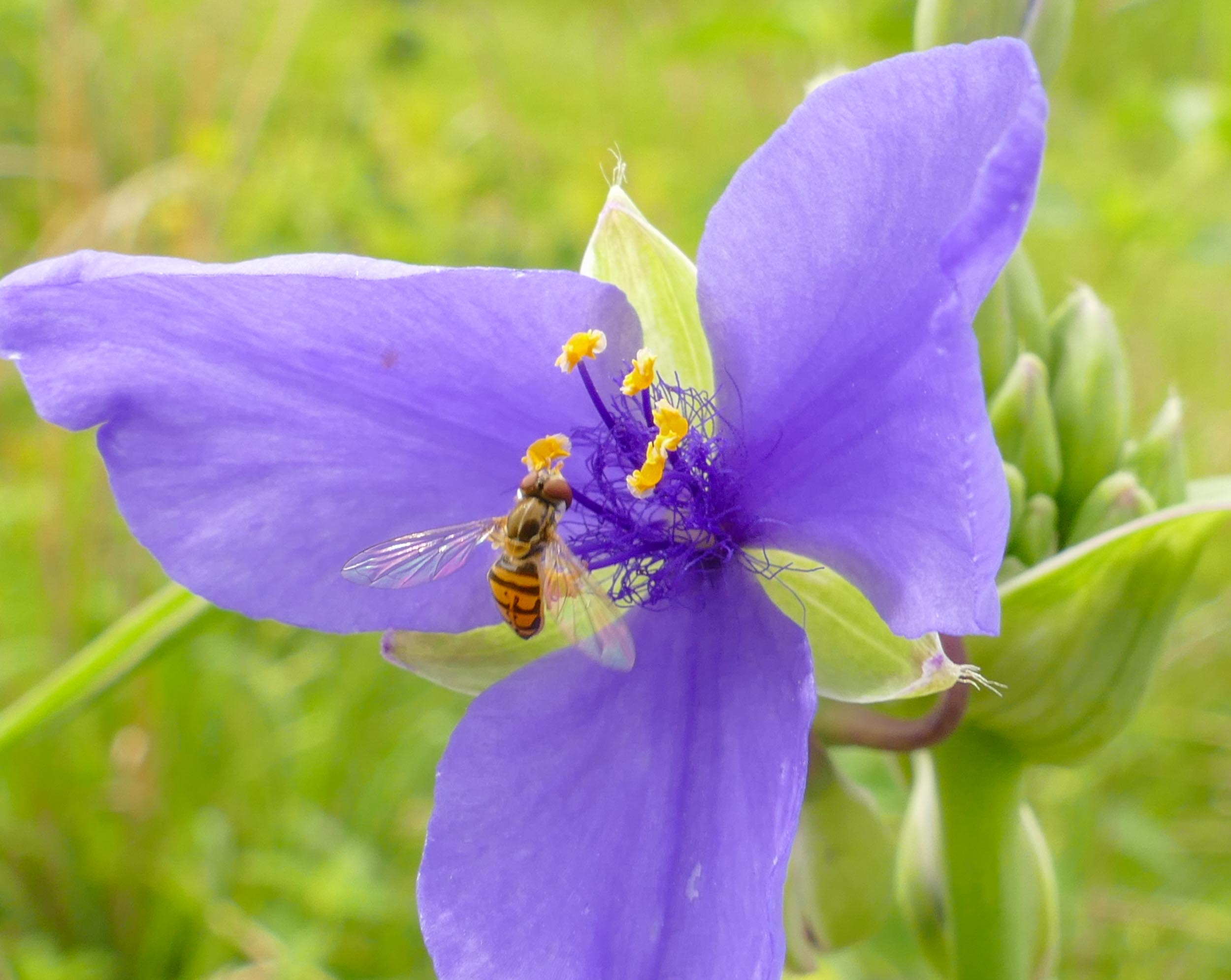 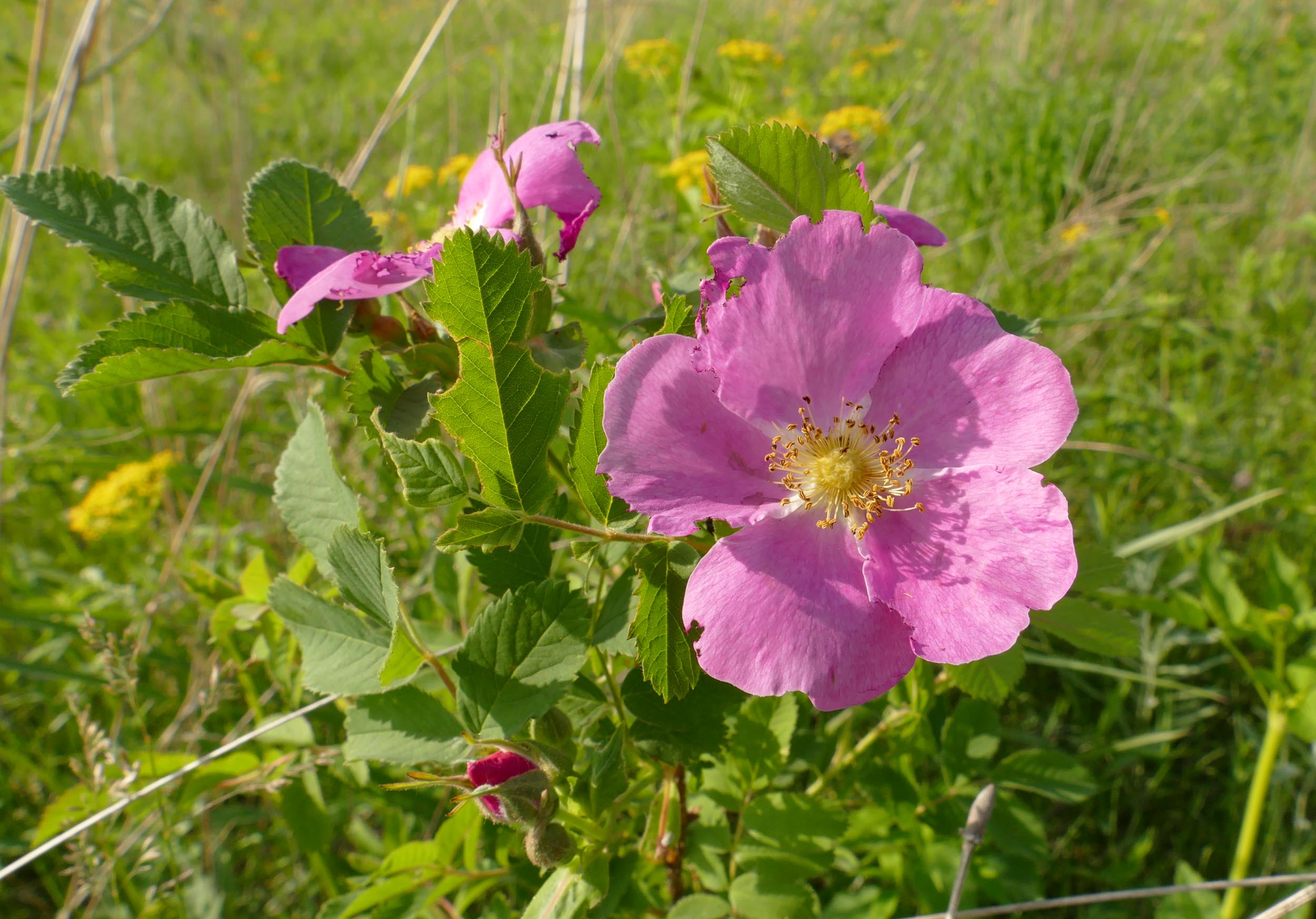 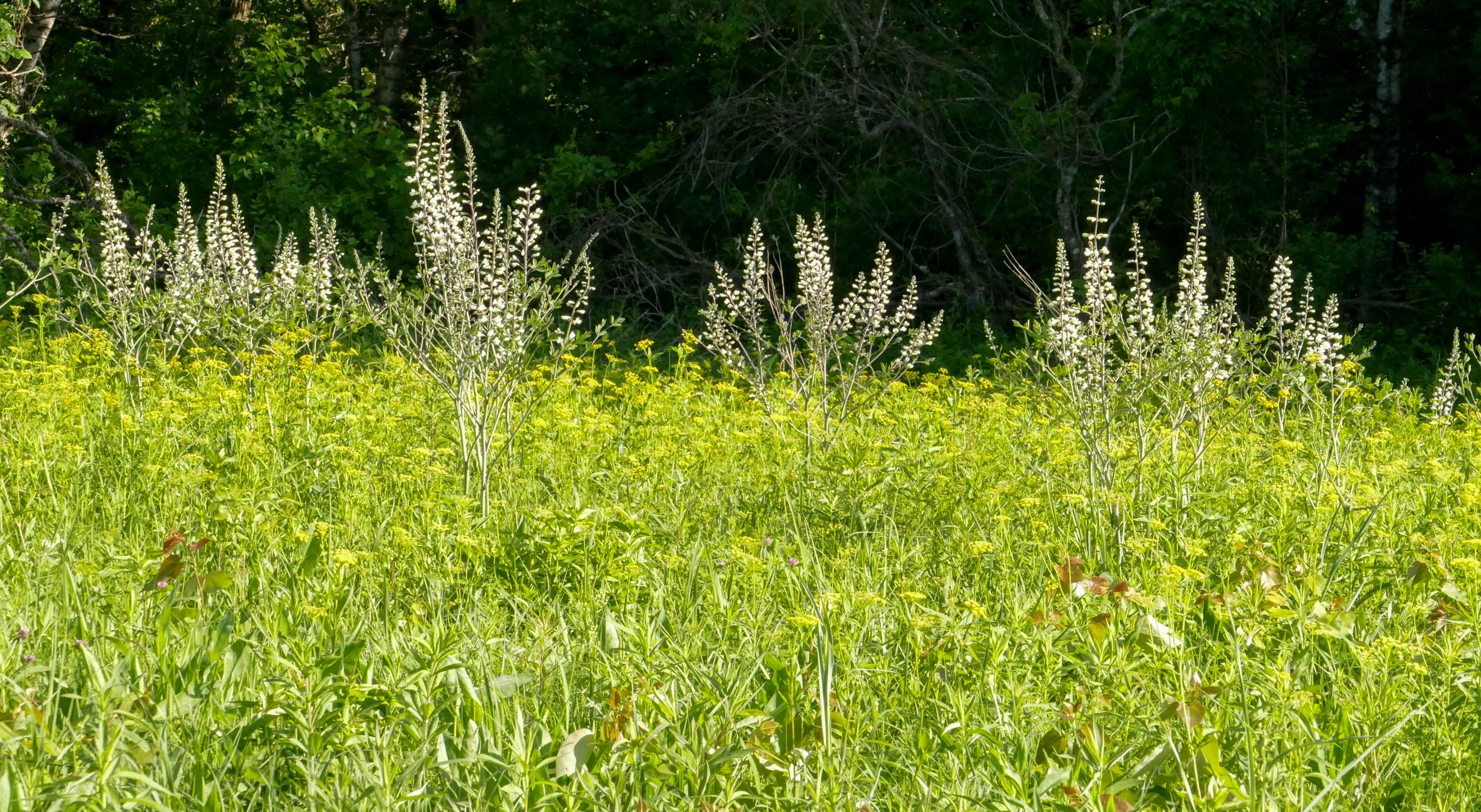 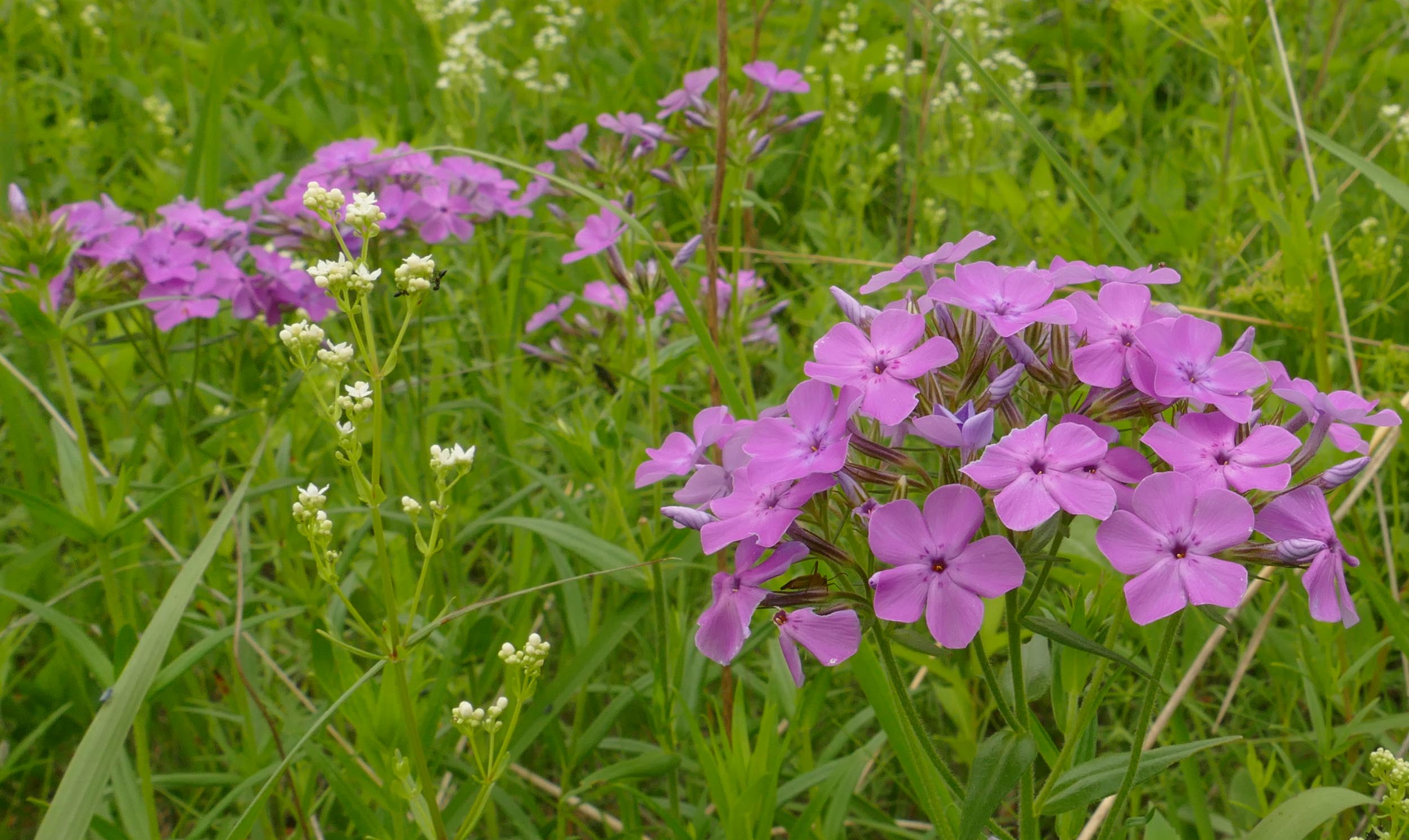 A Giant Swallowtail on dandelion.  Dandelions are good nectar sources for early bees and butterflies when there aren’t many other flowers blooming. 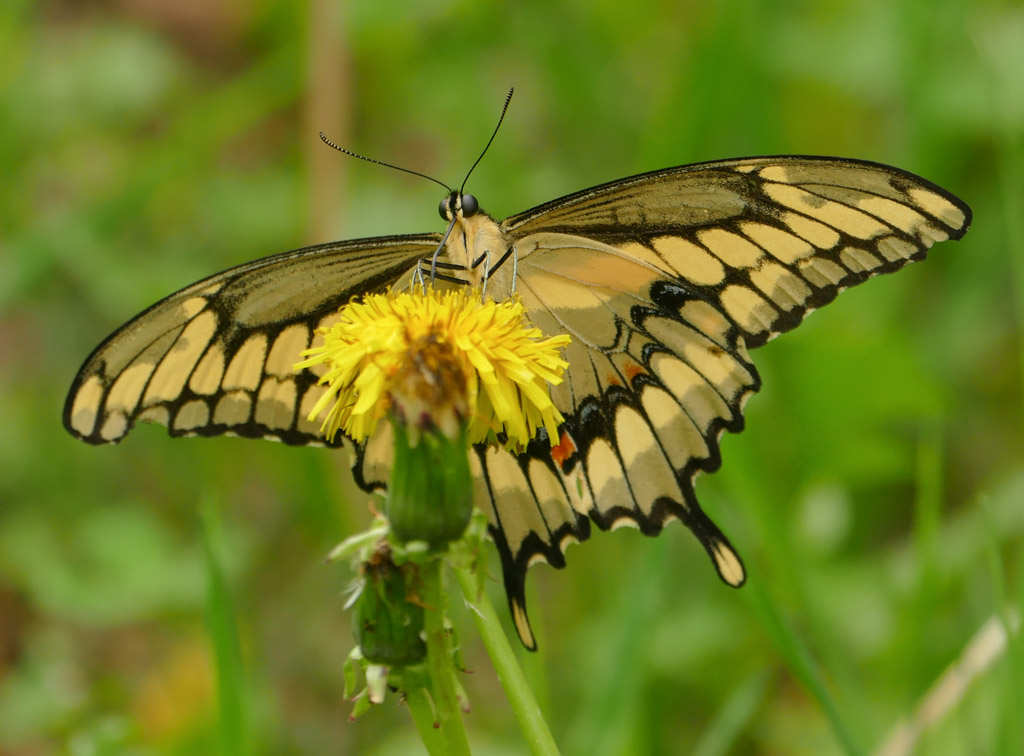 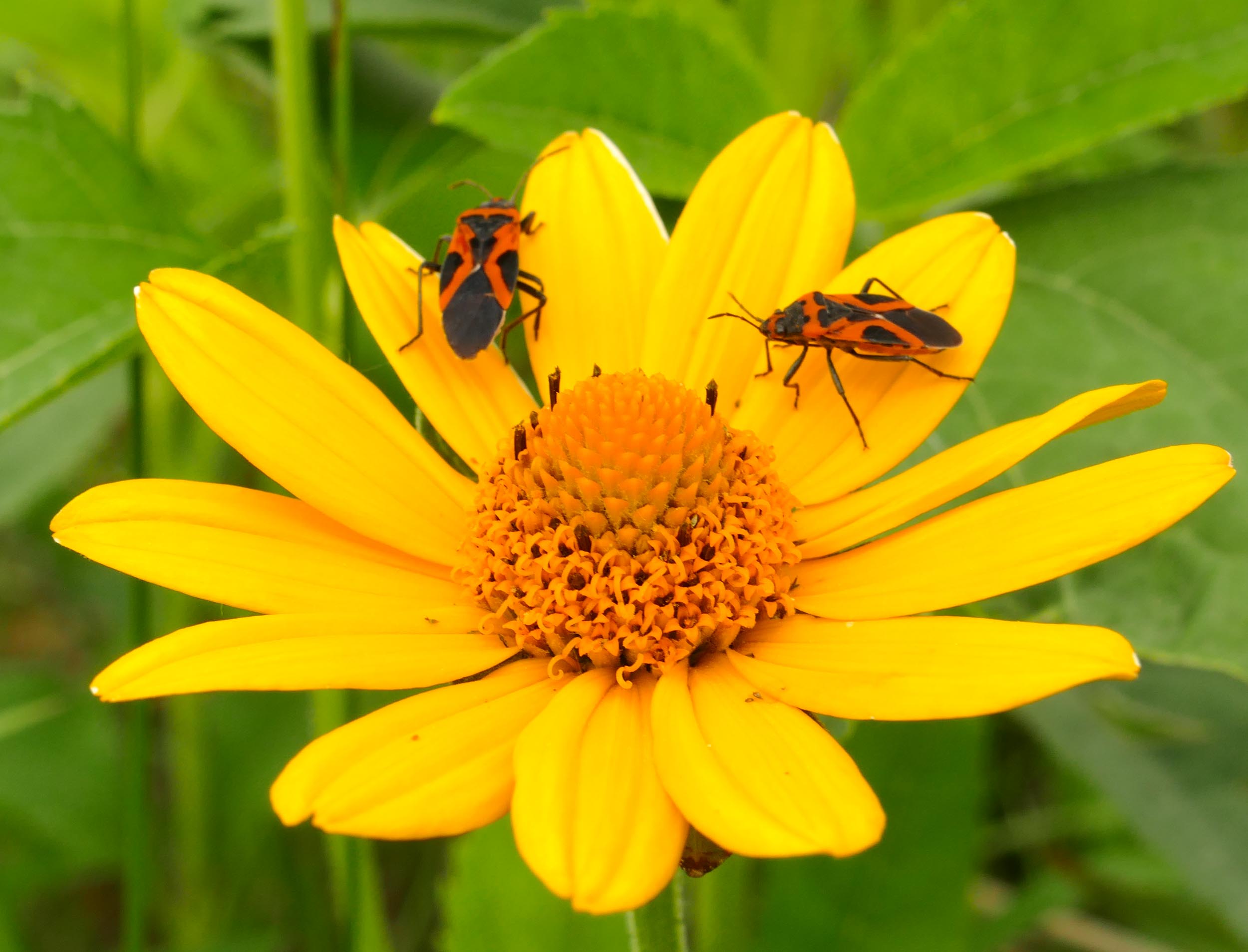 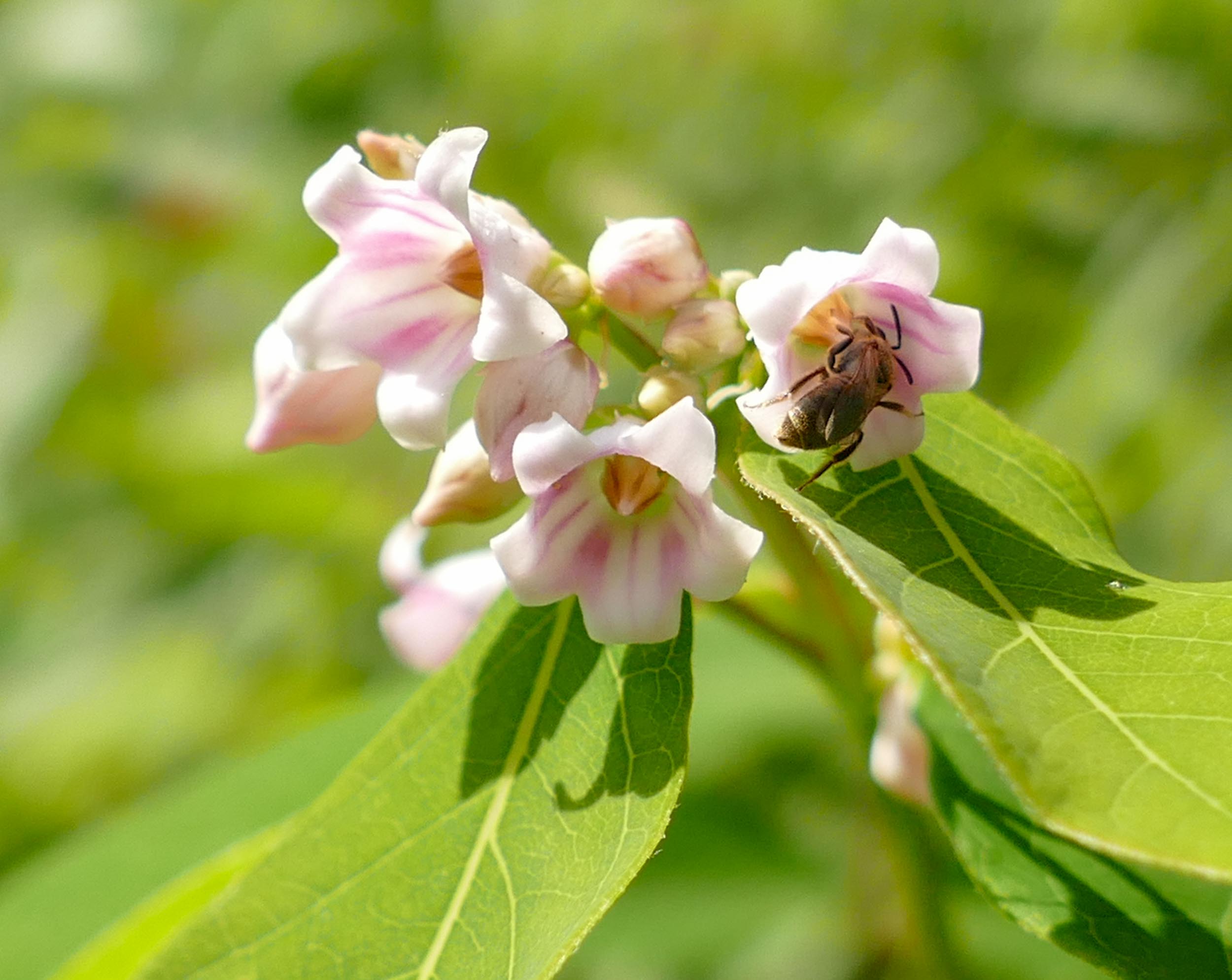 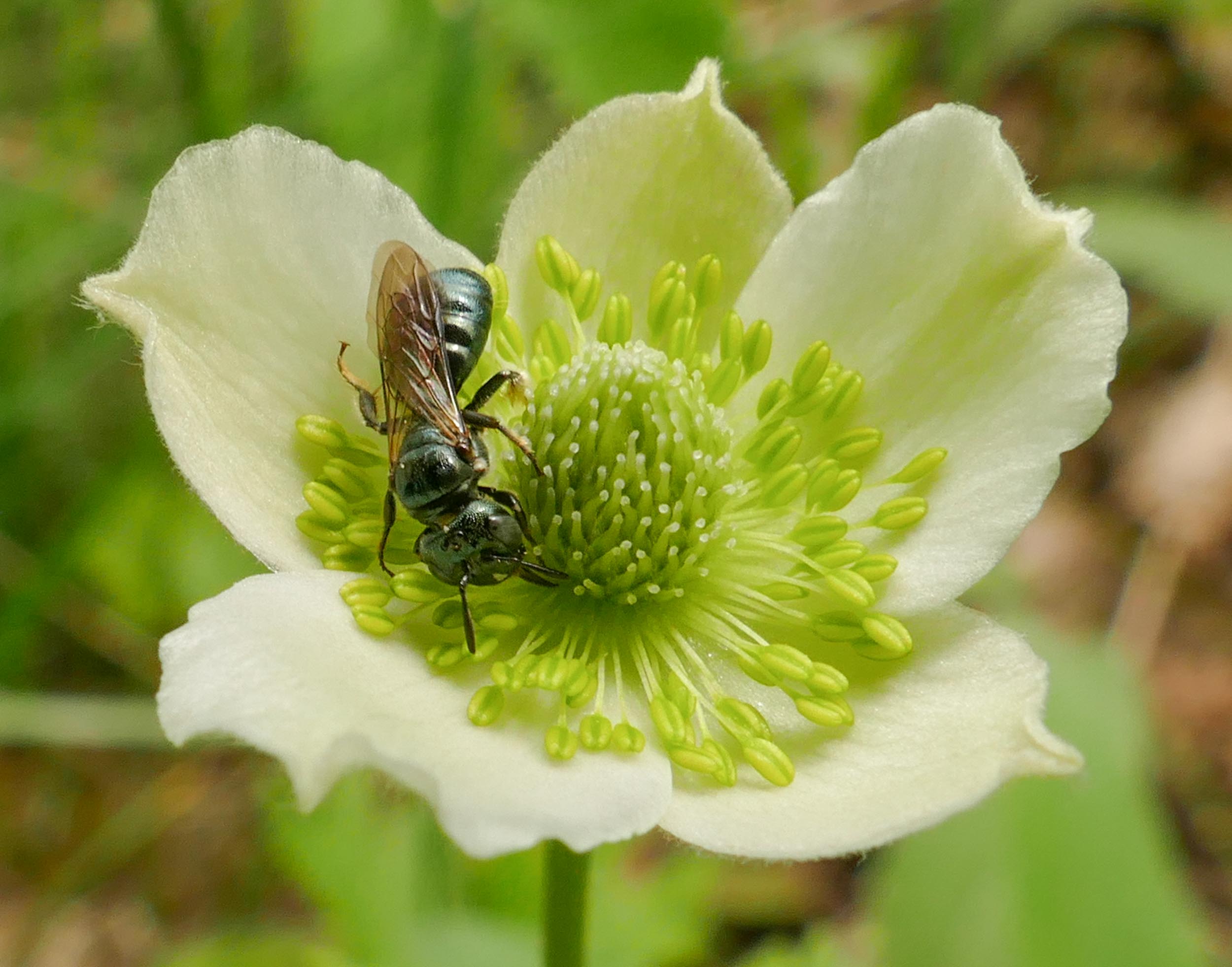 A birder from the DNR came to do a bird survey here last week.  It was fun to go around with him – we learned some new bird calls, and got inspired to learn even more.

Marcie with Craig on the Hidden Oaks bench 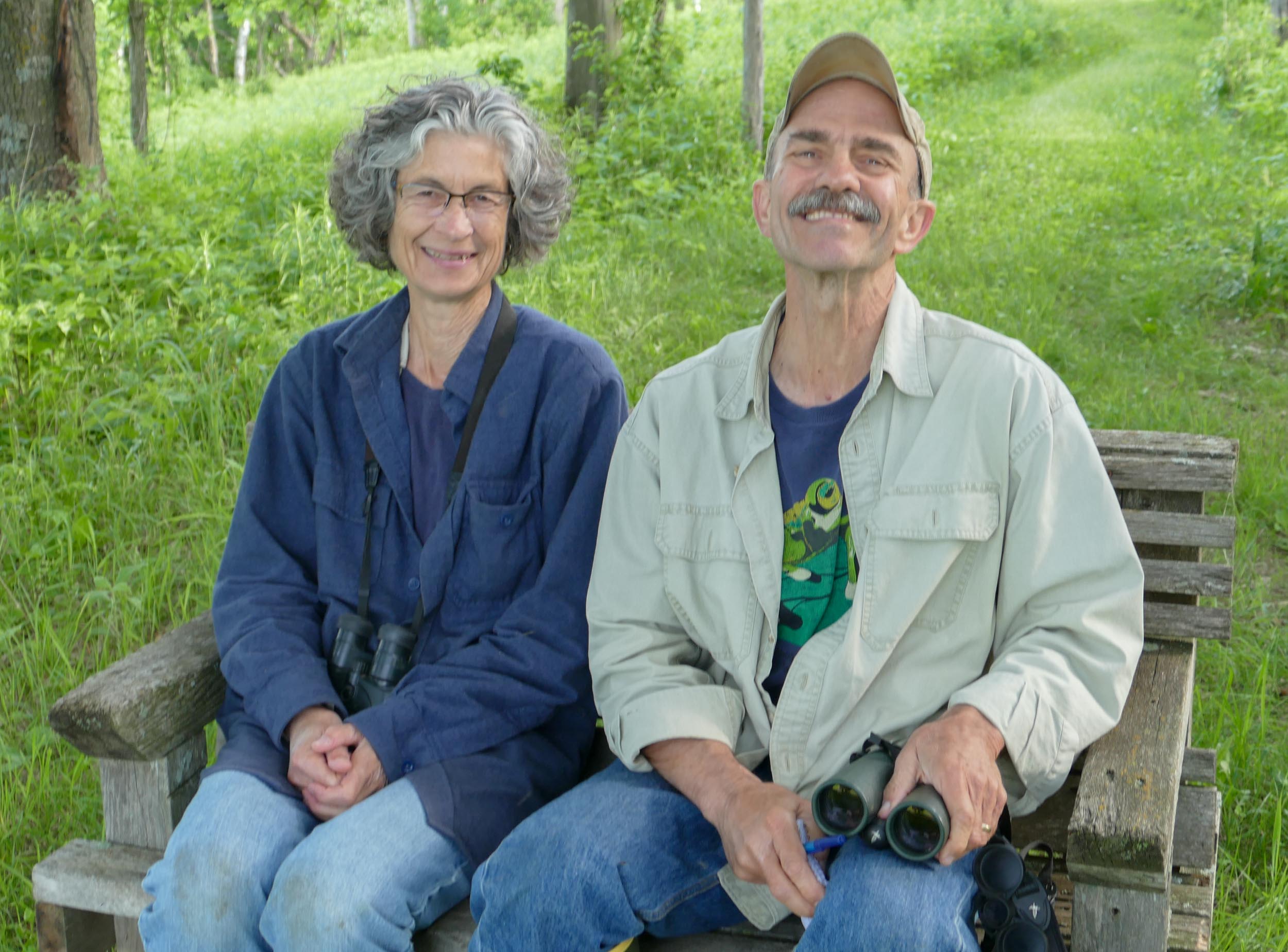 Henslow’s Sparrow on the top of a Box Elder bush. 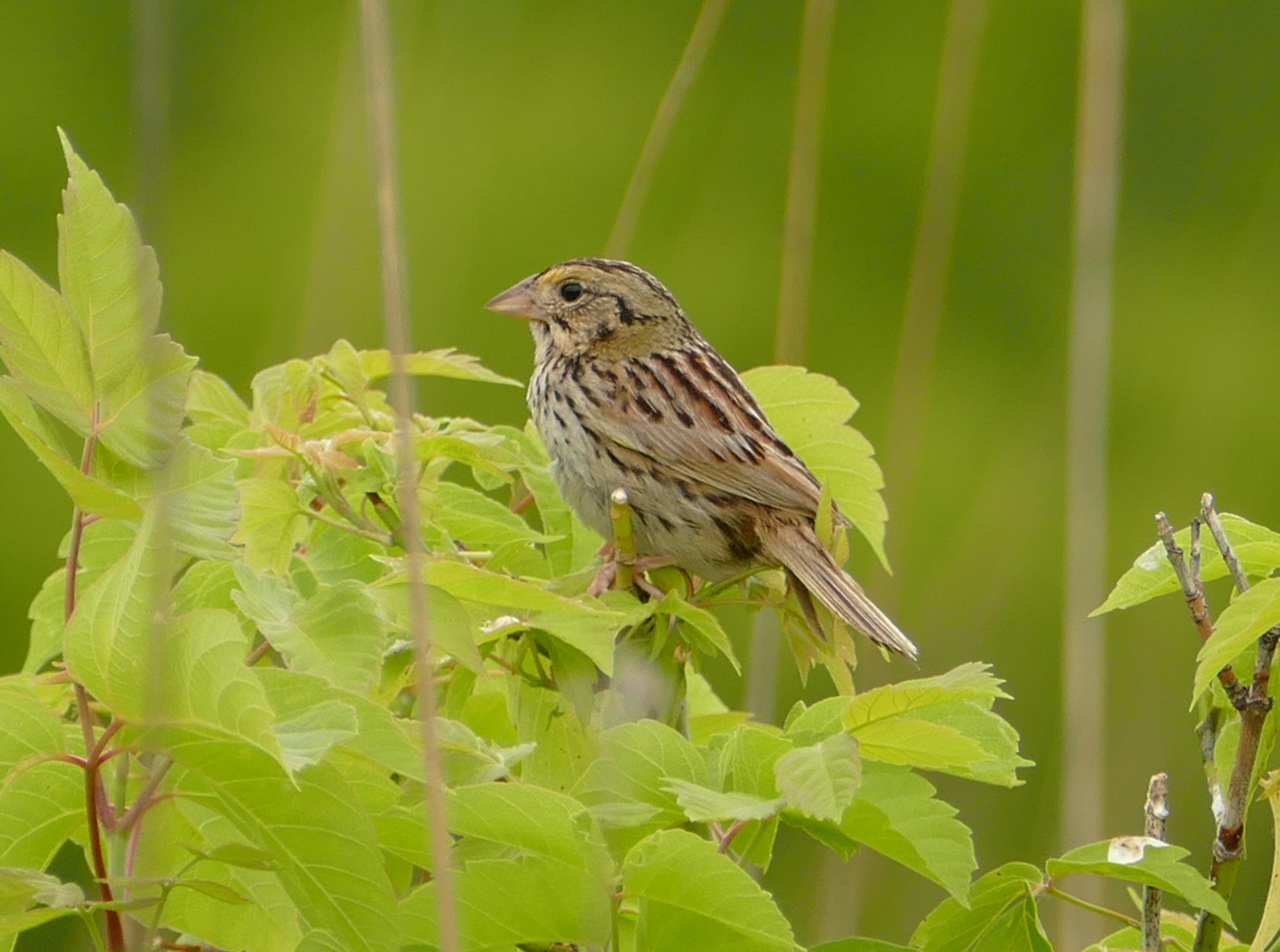 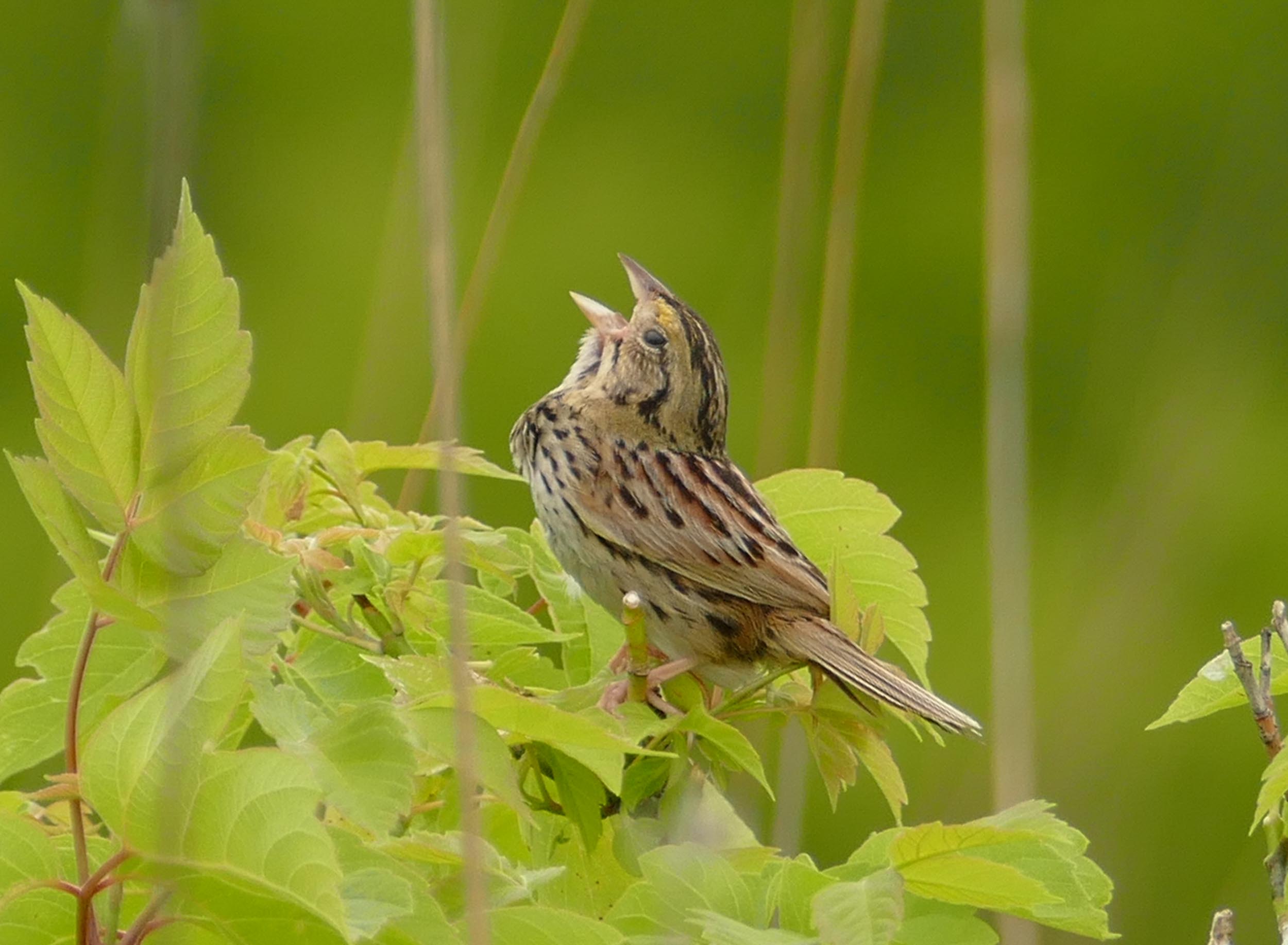 Interesting animals are showing up on the trail cameras… 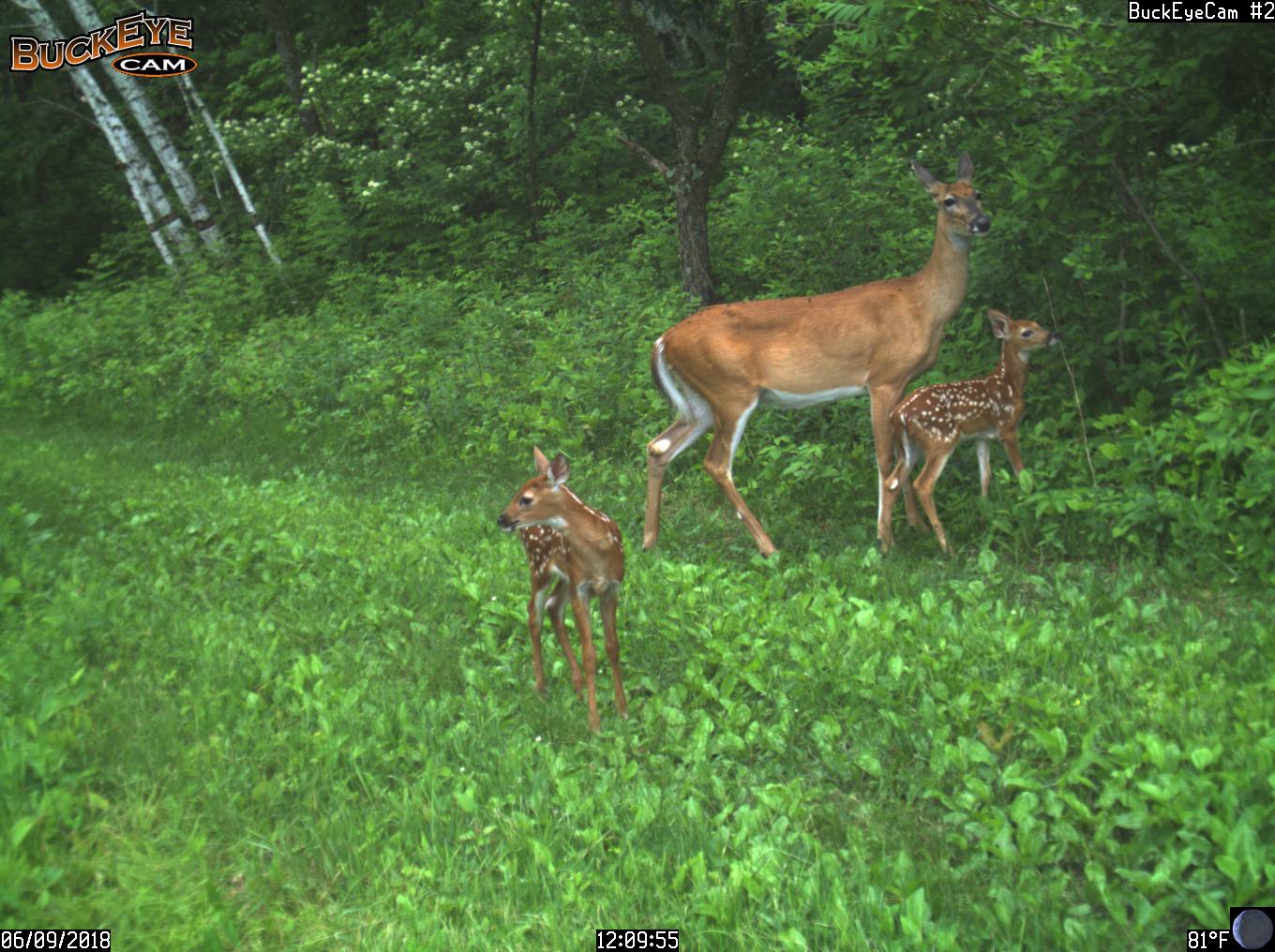 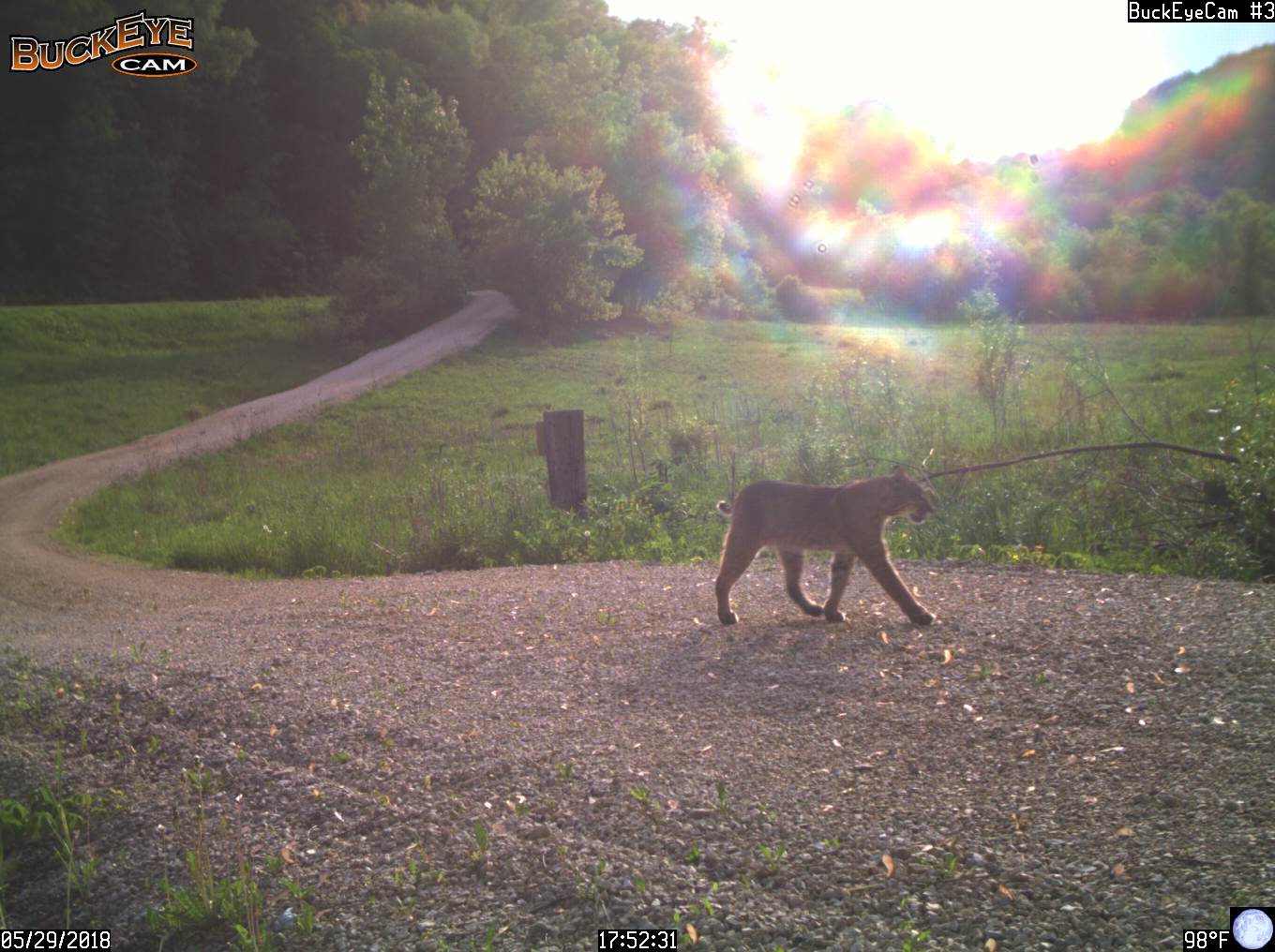 And our first bear visit of the year. 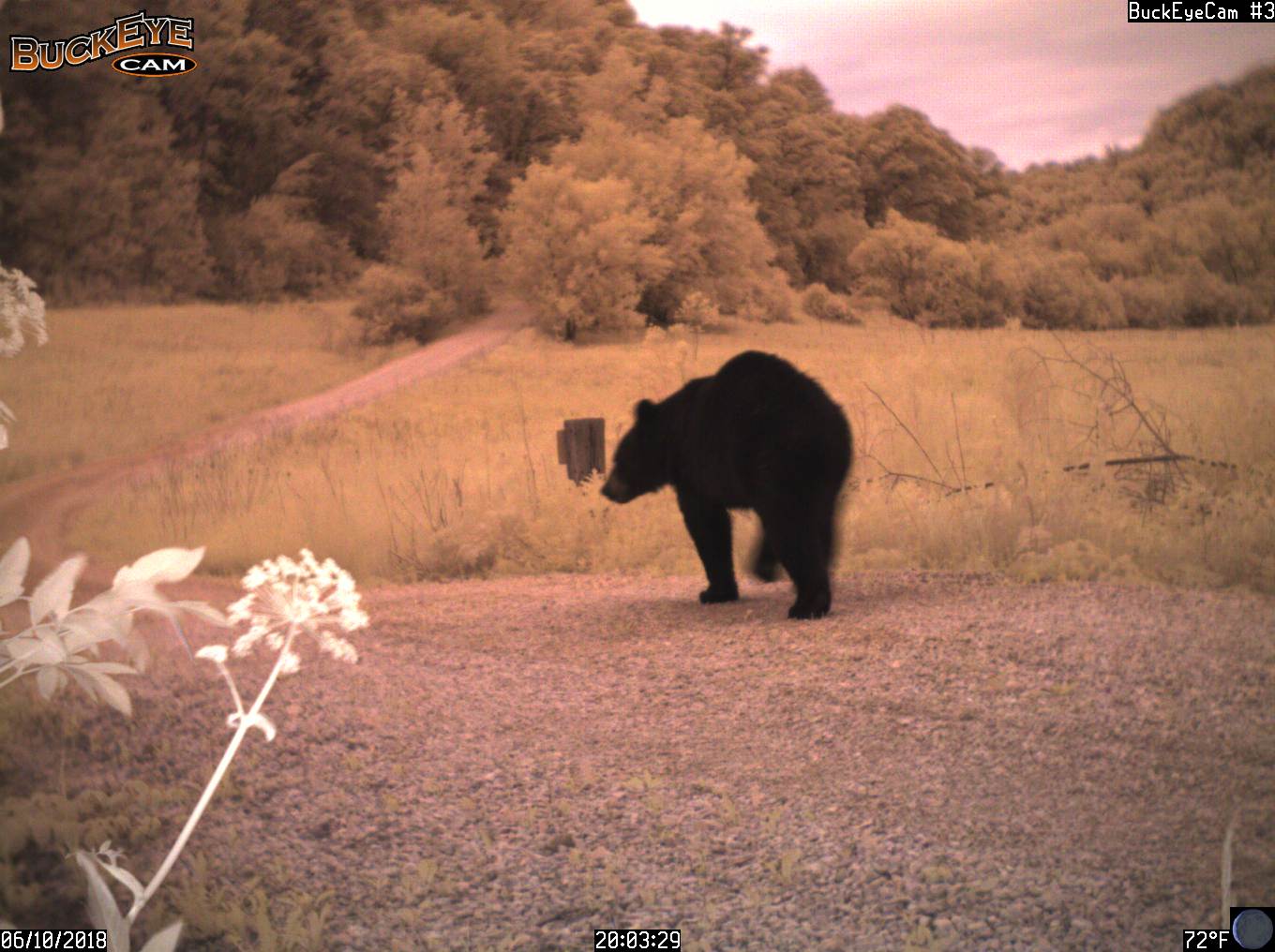 Mike and I gave a talk at Grinnell College – for some folks at our college reunion.  It was the first talk we had ever given together, and was about what and why we’re doing our farm restoration project.  Here’s the link to the 12 minute talk.

Our friend David visited from New York – it was fun to show him around such a different environment from the one he’s used to. 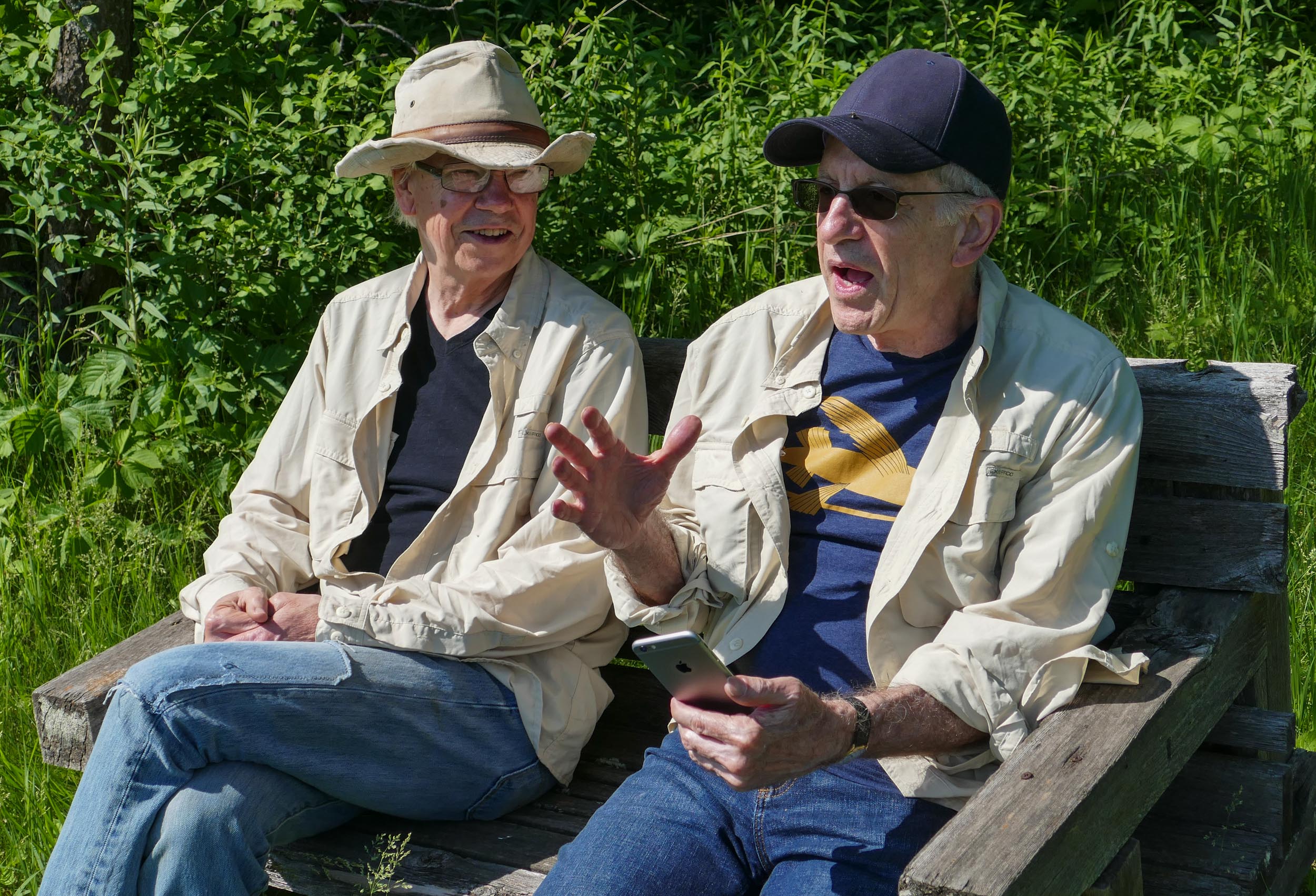 And we started a new project.  We’ve been slowly clearing the top of the west-facing slope of the Knife Edge, but we’d never worked on the bottom of the slope.  That whole slope is very overgrown but has open-grown oaks and lots of natives.  So we spent a couple days girdling Black Walnuts, and cutting small trees and brush to open up a path from the Cabin Road up to the open part of the ridge.

Here’s one of the giant walnuts.

And here’s the opening we made.  It’s a start – it will be a fun project to work on, and fun to watch its progress. 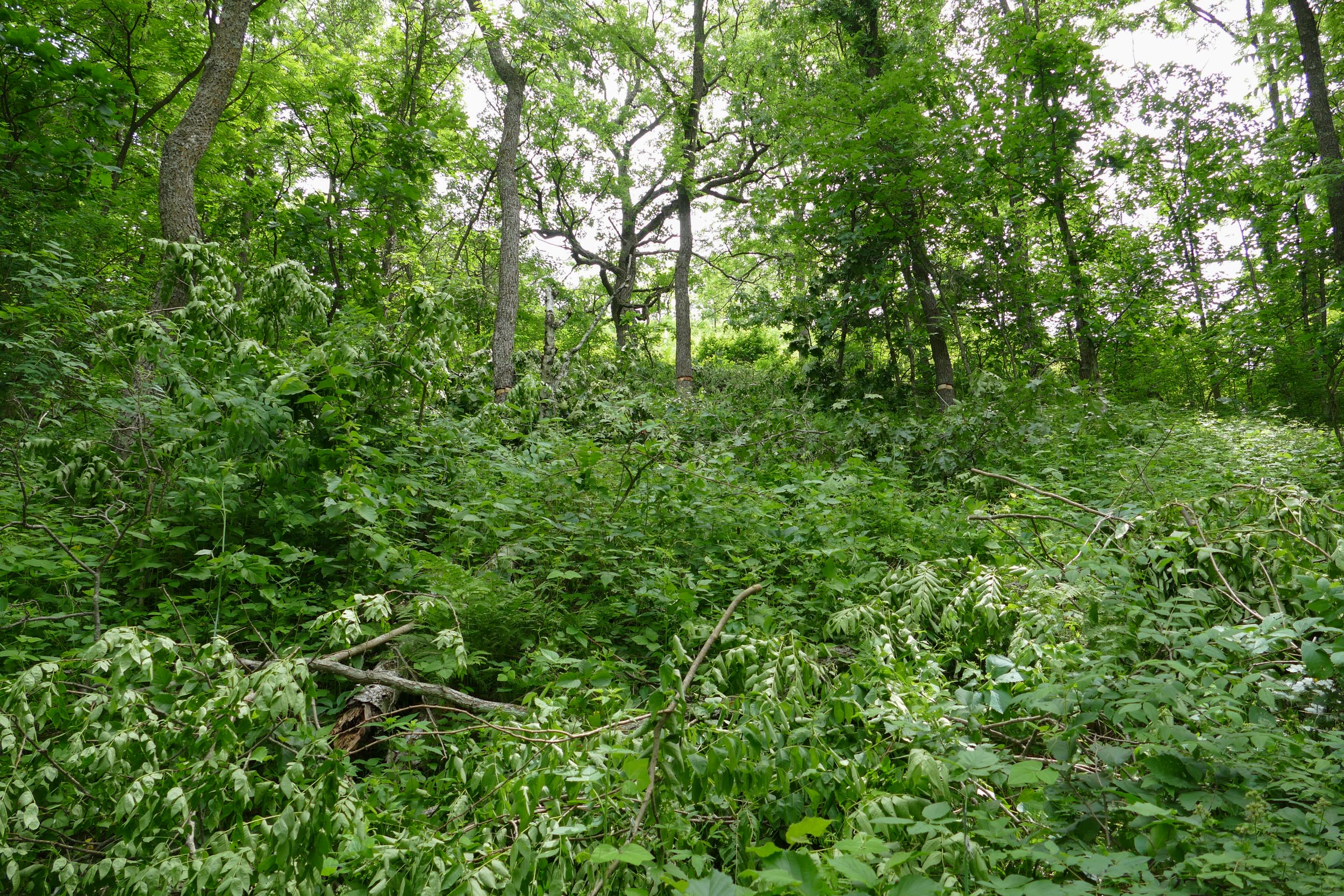 I’ve been seeing some interesting moths – several species that are new for the farm, and other species that I don’t see very often.

Green-dusted Zale – a new one for me. 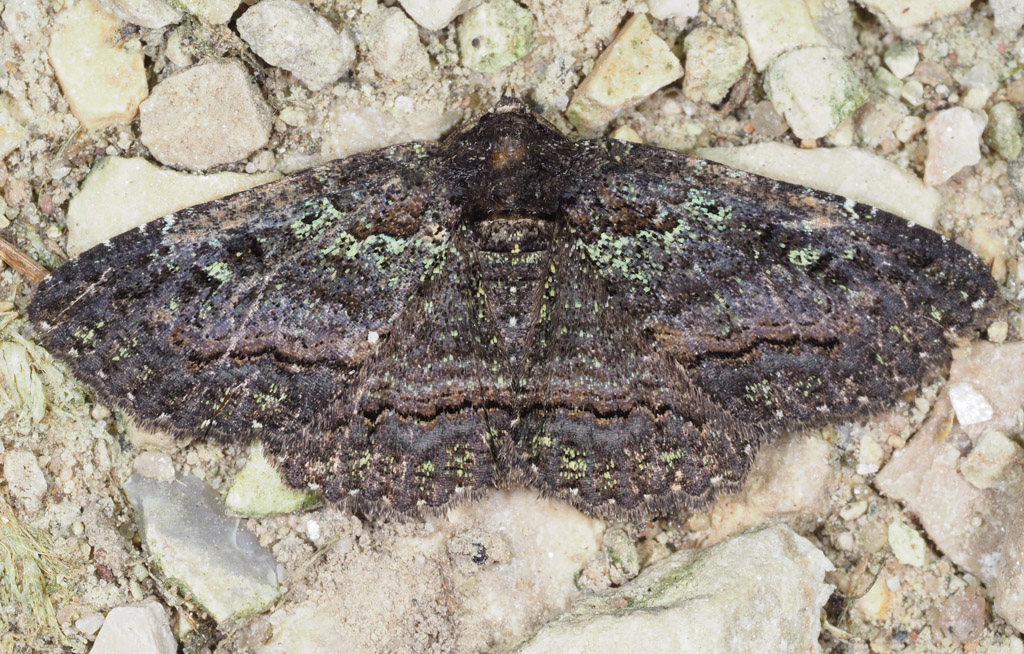 Horrid Zale – a terrible name for a beautiful moth.  This is one I don’t see often. 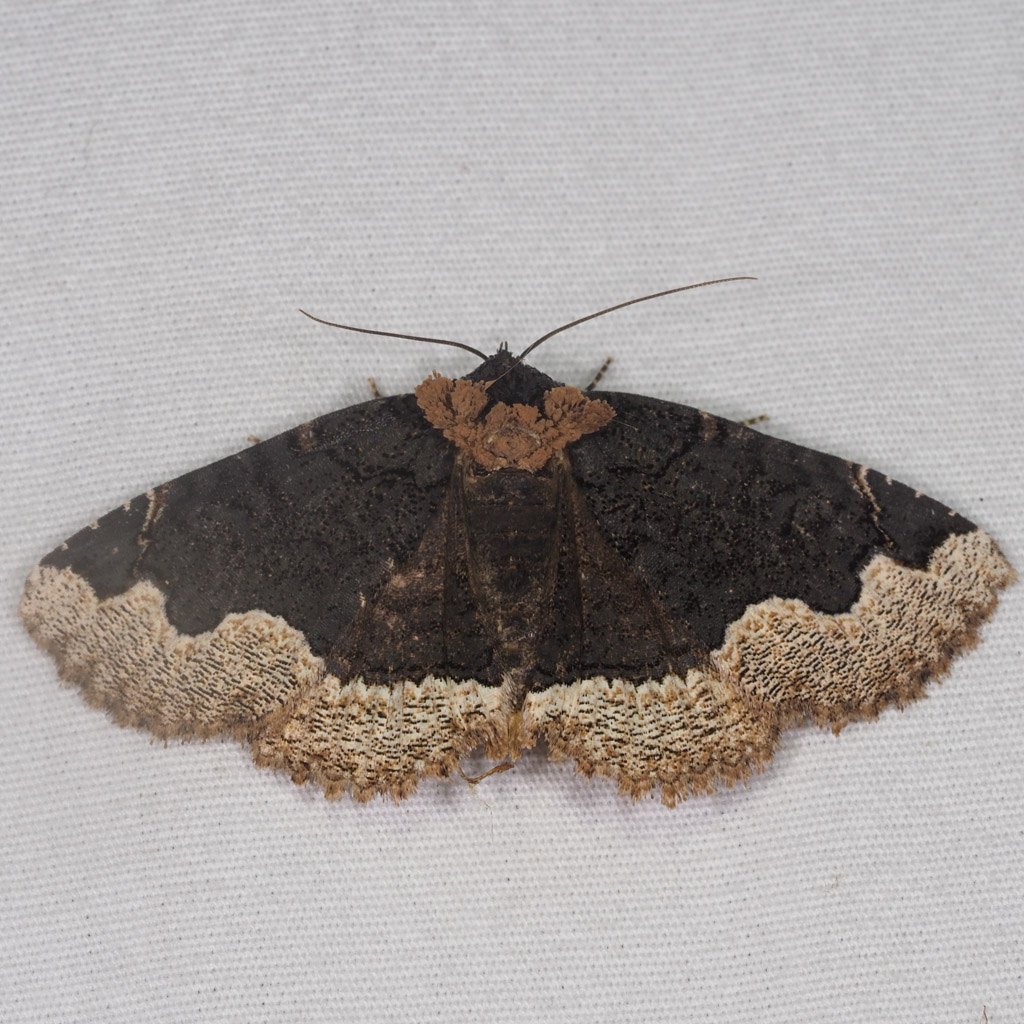 Milkweed Tussock Moth – I see the caterpillars of this species quite often, but seldom see the adults. 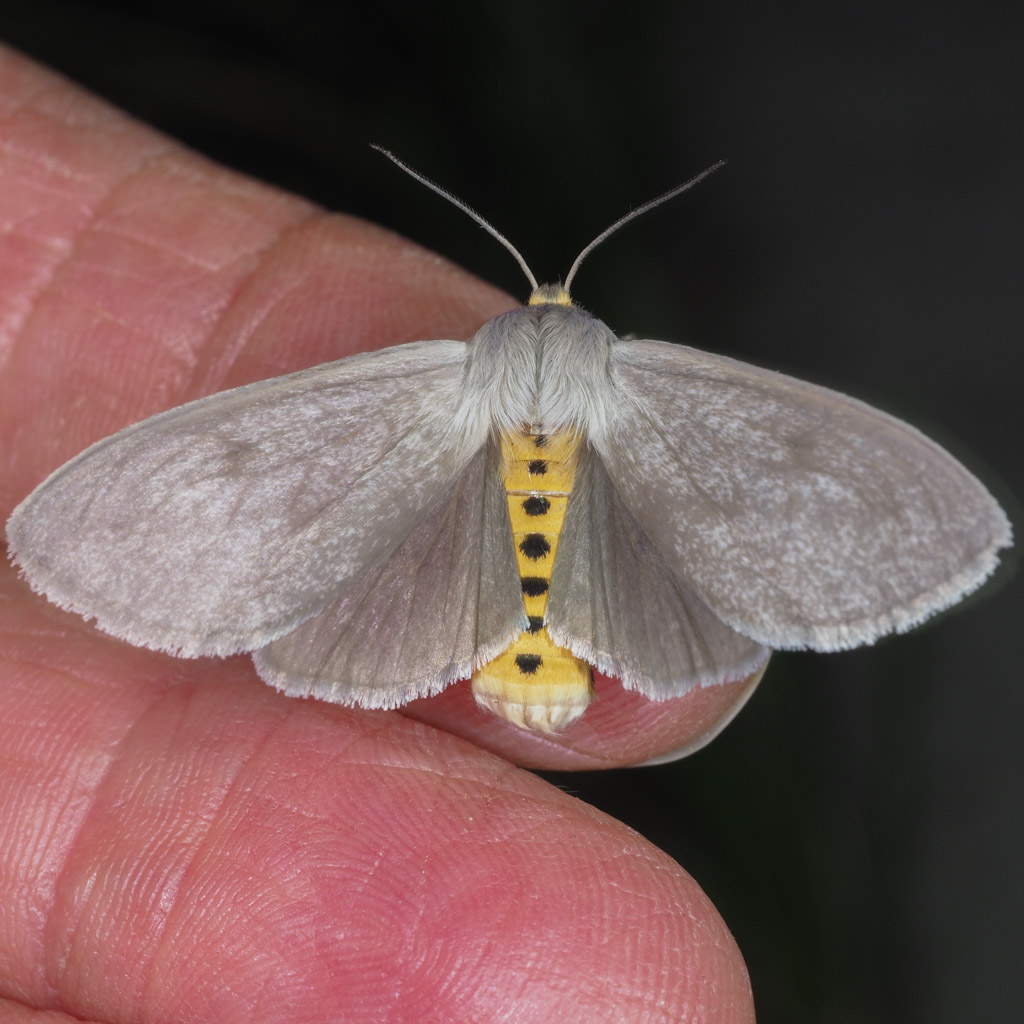 This is an old photo of some of Milkweed Tussock caterpillars.  They’re around toward the end of the summer, so they eat older milkweed leaves.  They feed in groups in early instars and are brightly colored, so it’s easy to spot them. 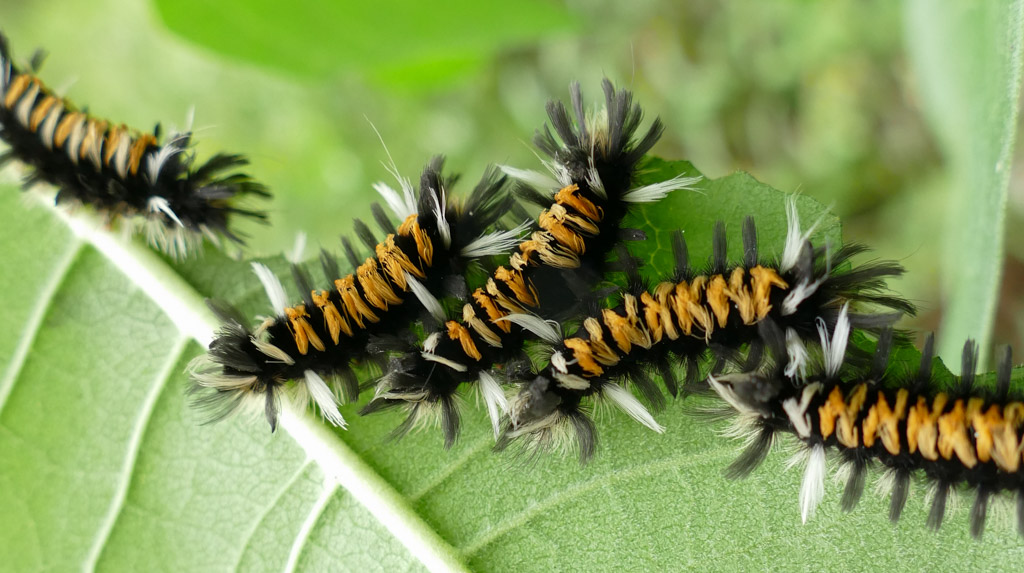 Orange-barred Carpets come in several color forms – this is one of the darker ones. 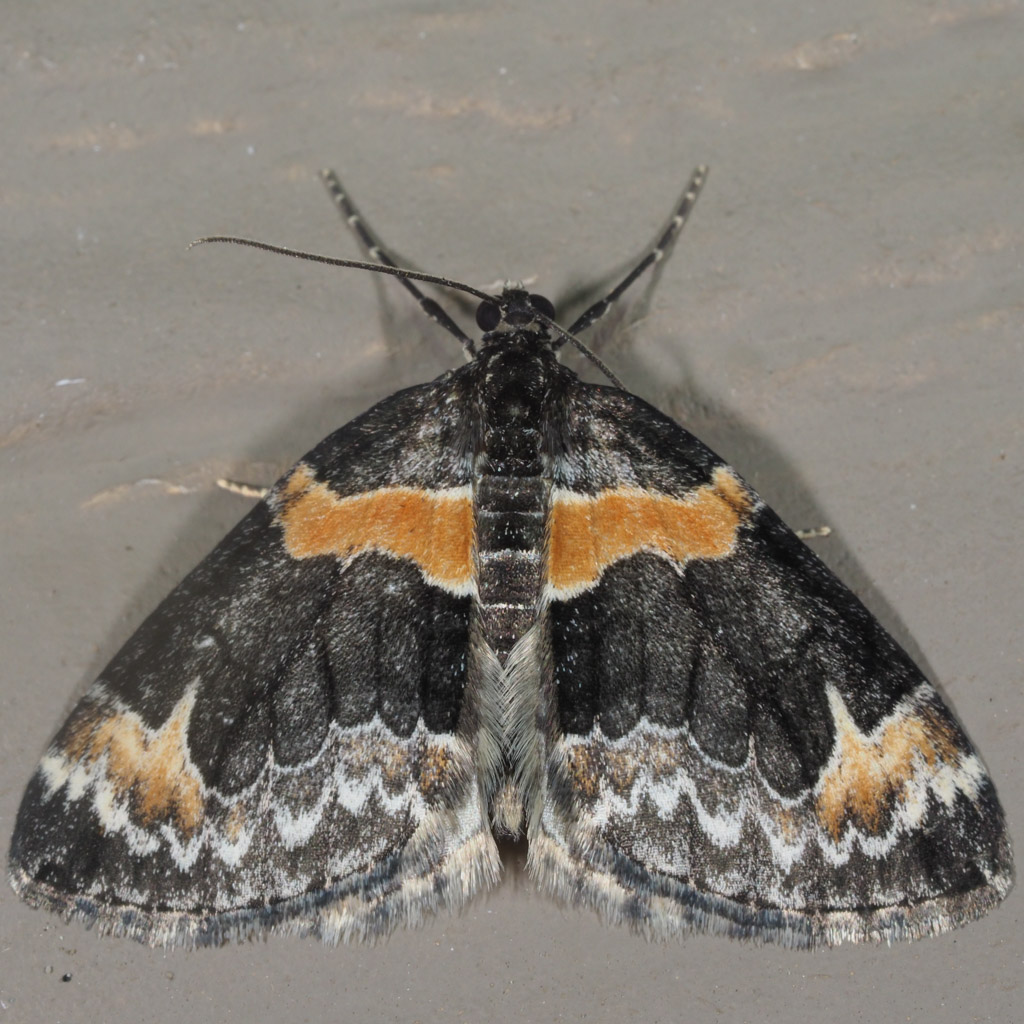 One of the variations of an Orange-barred Carpet 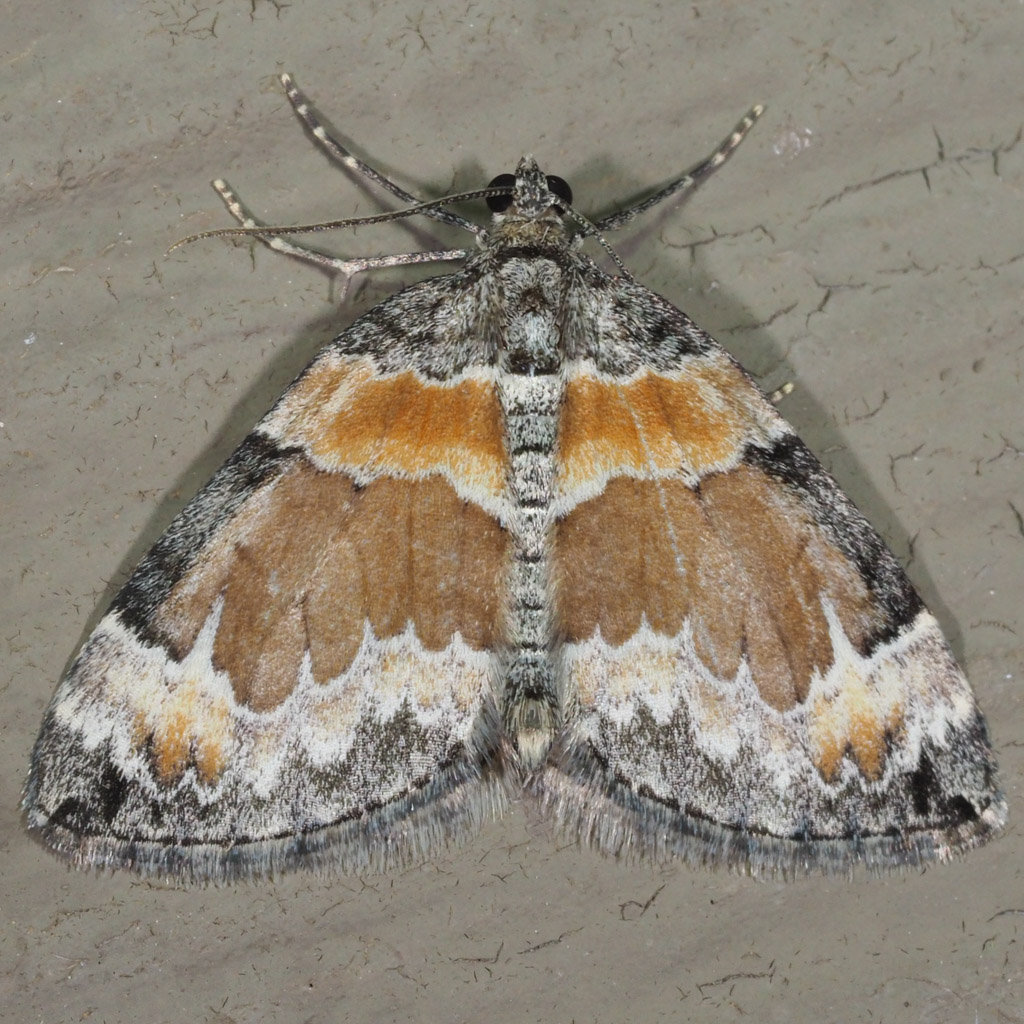 Many-lined Angle – another new one for the farm. 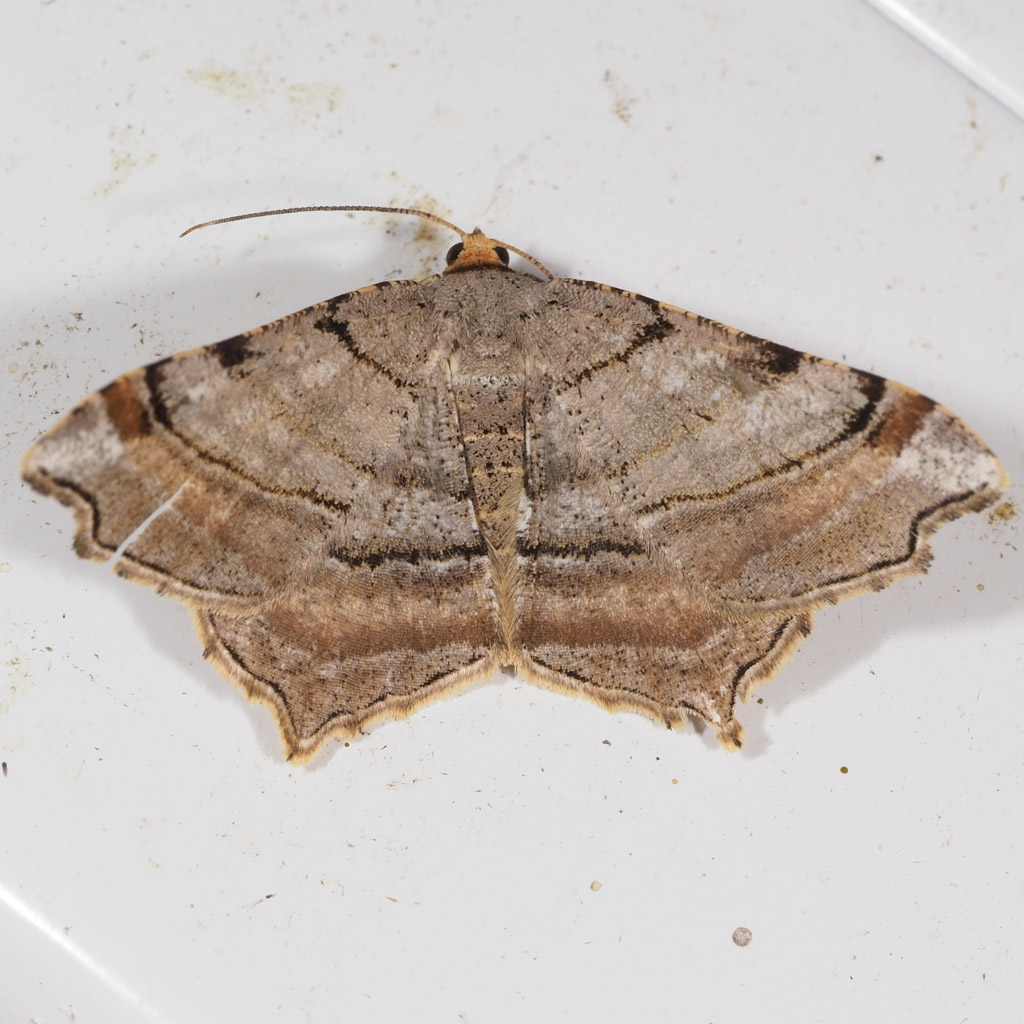